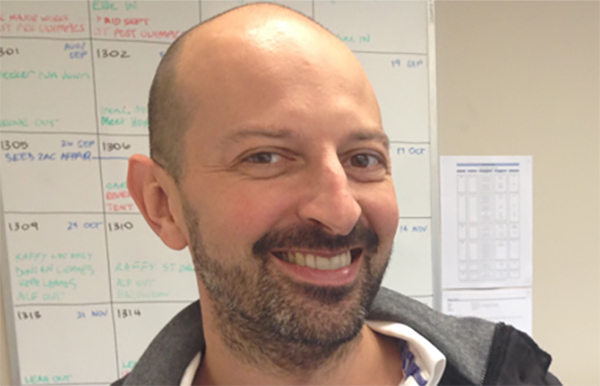 Hamilton Budd was born on 11 July 1978 and is the second youngest child in his family. He comes from a family that is very heavily involved in the entertainment industry. His elder brother, Alex is the director of the Canberra Theatre Centre, whilst his elder sister, Sibylla is a well-known actress, best known for her roles as Gabrielle in The Secret Life of Us and Carla in Winners & Losers. His younger brother, Henry is a communications manager for QANTAS.

Hamilton was a budding writer from a young age. After working in the science field prior, he graduated from the Australian Film, Television and Radio School with a Master of Arts: Film, Television and Digital Media Screenwriting, with a short graduate film called Sex with the Ex, directed by Leigh Richards, in 2007.

From here, Hamilton wrote scripts for Out of the Blue and McLeod’s Daughters. Following this, he joined the script department of the Seven Network children’s series, Trapped and wrote eleven out of the twenty-six episodes that aired. He went on to be the Associate Script Producer of Castaway, the sequel to Trapped.

In 2011, Hamilton wrote three scripts for Neighbours, and then moved over to the Seven Network, where he wrote scripts for Packed to the Rafters.

Following this, he was employed on A Place to Call Home as a script editor in season one. He wrote a total of four episodes of the second season.

After the initial cancellation, Hamilton was employed on Home and Away, as a script editor and soon thereafter, an associate script producer. In 2016, he became the acting script producer, bridging a gap between Dan Bennett‘s departure and return.

He remains a prominent writer with the series.

Picture with thanks to Brooke Wilson