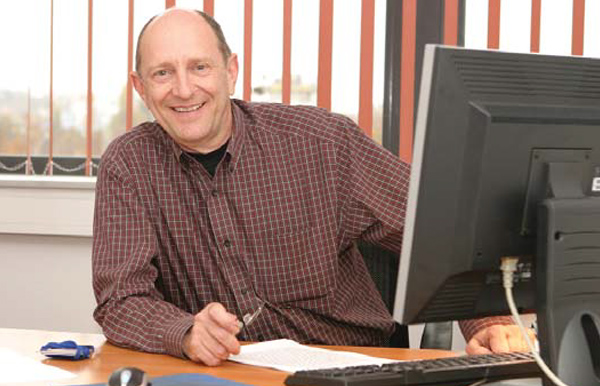 Greg Stevens was born around 1952 and got his break in television in 1981 when he began writing for the Grundy Organisation soap, Sons and Daughters, for which he scripted more than 100 episodes and worked in-house as a script editor for the entirety of the series. He also wrote episodes for Waterloo Station and Neighbours, two other Grundy productions, in 1983 and 1986, respectively.

In 1988, Greg wrote the second block of episodes for the new Seven Network series, Home and Away, and worked as a script editor during the series’ first year. He continued writing episodes for both Neighbours and its new rival until 1990, when he became the story editor of Home and Away.

Greg’s first episode as story editor aired on 26th February 1990 (Ep#481) and his final episode aired in 1995. While working closely with John Hugginson, the two often alternated in the top job. In 1992, Greg became the sole head of department, with the new title of script producer. In his time, he plotted storylines including Sophie’s pregnancy, the deaths of Tom Fletcher and Bobby Simpson as well as Pippa and Michael’s marriage, Irene’s introduction and recovery from alcoholism and the creation of supercouple, Shane and Angel.

In 1993, Greg talked to the Independent UK and talked about why Home and Away’s fostering setting works. “Young actors hang around for about two to three years and then move on,” he stated. “If you start with a normal family, you have to introduce cousins and long-lost brothers after a couple of years and before you know it you’re introducing cousins seven times removed. With foster children it’s perfectly legitimate to bring in new people.” When he was asked why the show is popular, he said it was its sense of morality, “It reflects a liberal philosophy, but our kids don’t smoke and they don’t sleep around.”

Greg left Home and Away in 1995. He was quickly employed by Grundy, as the script producer of Neighbours, to oversee a major revamp of the show after a severe drop in ratings in 1994. Under his reign, the show returned to its root, with a concept echoing that of episodes a decade prior. Over his time at Neighbours, he oversaw the departure of nine main characters and storylines such as Cody’s shooting and Luke’s cancer.

Greg departed Neighbours in 1996 after a scandal involving a male prostitute. He moved to Europe to work on Grundy productions across the continent. He was the story editor on the German soap, Verbontene Liebe (Forbidden Love) and he co-created of Finnish soap, Salatut Elämät (Secret Lives) in 1998, which is still currently on the air. He also acted as one of three head writers on the Hungarian soap Barátok Kötz (Among Friends).

Former colleagues of Greg in Australia have confirmed to us that he passed away as the result of cancer some time between 2007-2010.