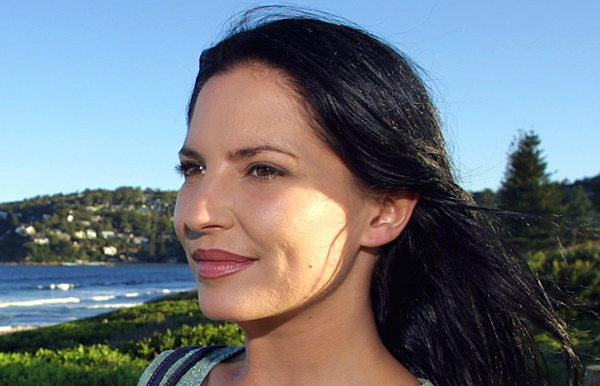 Sophie arrived in the Bay with her father, Al Simpson. Al was also Bobby’s foster parent. He arrived to cause trouble and blackmailed Fisher for a shooting incident years ago in which Fisher thought he was responsible for the death of Matt’s brother, Shane.

After her arrival, she looked as if butter wouldn’t melt in her mouth. However, being under the influence of Al, she was becoming a very accomplished con artist and shoplifter; she could still not read or write.

Sophie was abandoned by her mother when she was very young. She had lived in a number of foster homes, none of them which were good. As soon as her father turned up, she was ready and willing to go with him, as she saw life on the road as an exciting prospect.

As soon as they arrived in the Bay, Sophie soon started having doubts about the life they were living. She has finally realised that she was being used by her father and that he only cared about her so that he could get money out of her.

Soon after Al’s arrest, Sophie moved into the Fletchers, temporarily initially. Later on, she was living there as a foster child and became firm friends with Sally. She caught up with her education at Summer Bay High and had Grant for her reading and writing lessons.

When Fisher’s nephew arrived in the Bay, Sophie fell in love with him. It was met with opposition as soon as all was revealed. She was advised to go with Pippa to stay at Pippa’s mother to see about her feelings for David and promised that they would leave her alone if she still loved him after the stay.

During her stay, David was driving when Karen crashed into him. David died and Michael did not tell Pippa anything until she returned. Sophie was enraged when she discovered this and blamed them.

Sophie fell pregnant and Simon lied that he was the father. However, Lucinda was suspicious and realised that the father was actually her brother. Sophie ran away from home and could not be found.

She gave birth to a baby girl and Pippa helped her with Tamara. Lucinda’s mother asked Sophie to live with her with Tamara. After much thought and heart searching, Sophie decided to leave the Bay to start a new life in Perth with David’s mother.