Home » Home and Away Characters » A - F » Tom Fletcher 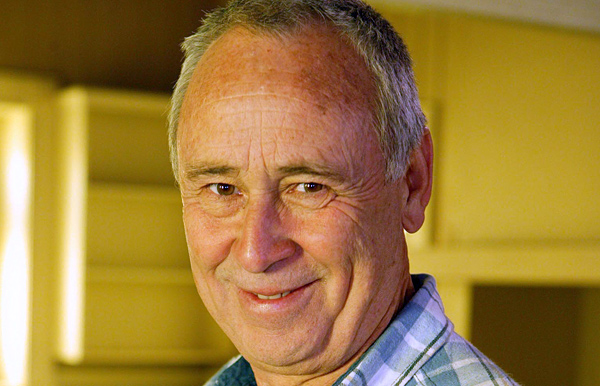 Tom first appeared in the pilot episode after breaking the news to wife Pippa, that he had lost his job and rather than risk losing their five foster children, Frank, Carly, Steven, Lynn and Sally, they decided to move to Summer Bay.

Buying the caravan Park from Alf Stewart, Tom instantly made an enemy of local vice-principal Donald Fisher by offering a home to troubled tearaway Bobby Simpson and when Tom seemed unable to get a job, it became pretty clear that Fisher was the one responsible. Tom’s job woes continued as he took work where he could get it, one of the jobs he took was working as a road worker but he was devastated to realise that Carly was ashamed of him.

She needn’t have worried though as Steven began dating Tom’s boss’s daughter and Mr Barlow strongly disapproved of the relationship. A fight in which Tom defended Steven led to Tom quitting the job. When his fellow workers went out on strike in protest, Barlow was sacked and Tom given his job. Barlow though swore revenge on Tom and his family and in a series of mind games, freaked out Pippa arriving unannounced at the caravan park house and tormenting her.

Tom was shocked to find out that Pippa was pregnant despite them being told she could never have kids but he was worried when she revealed she might not survive the birth and angry that she hadn’t told him. Luckily she did and gave birth to a healthy baby son Christopher. They lost their first foster child when Lynn returned to live with her parents and almost lost Carly when Tom threw her out after a series of selfish acts. She apologised though and moved back in. Meanwhile Tom continued to switch from job to job including school janitor and finally in Stacey Macklin’s office. The latter job caused tension though as the job in question had belonged to a recently sacked Frank who was demoted with Tom becoming his boss.

Tom supported Pippa through difficulties with her brother Danny and in looking after ex school principal Walter Bertram. He was as shocked as she was to find out that Carly was moving out and that Bobby’s parentage wasn’t what it seemed. He dealt well with Carly’s alcoholism and got her help and was tempted by an offer on the Caravan Park from The Macklins but eventually refused. The Macklins returned with a job offer for Tom to move to London and Morag offered to buy the Caravan Park as a present for Bobby. The Fletchers accepted but later declined when Stacey informed them that they were being taken for a ride. Pippa organised a romantic break for him and the two had a weekend away in a nearby guesthouse but their car broke down in heavy rain and they were forced to come home again.

He was promoted by the Macklins and given his own office. he thought he’d lost a child when Frank was presumed dead in the fire at Celia’s store but he had the unfortunate job of telling Steven that the victim was his Uncle Phillip, after Frank turned up safe and well. Pippa went behind his back to foster Dodge, leaving Tom furious and putting distance between them but they patched it up after Fisher intervened. He was asked to organise a big dinner for some wealthy investors but the night was ruined by Bobby who was angry at another rejection by Morag. He and Frank were threatened with the loss of their jobs unless they secured the contract but they were saved by Marin who persuaded the investors to sign.

He and Alf went out on a fishing trip but hit bad weather and were missing for several days. They managed to get to shore but Tom was clearly in a bad way, they were rescued and taken to hospital where Tom made a full recovery. He went on a camping trip with steven and dodge but he and Didge fell over a cliff and were rescued by Steven. Still feeling weak Tom headed home and in his absence Steven and Tom headed to the city. They were blown up by Lance and a furious Tom confronted them, grounding them both. He and Pippa were worried about Steven and asked Fisher to keep an eye on him.

The Macklins sent him on a business trip so he was away when the truth was revealed about Dodge but he supported Pippa’s plan to adopt Sally and was worried about losing her when her Uncle arrived in town wanting to take her away. He was gutted when Sally seemed to favour living at her Uncle’s because he had more money than The Fletchers and he and Pippa resigned themselves to letting her go before she had a last minute change of heart.

His stress levels continued to rise with the opening of The Macklin Resort and Pippa found him collapsed on the floor of his office. He was rushed to hospital where he was diagnosed as having had a stroke and transferred to a city hospital. A few days later he regained consciousness and after a few weeks he returned to the bay. It soon became clear though that all wasn’t well as Tom pushed the kids away before finally confiding to Pippa that he was scared he wouldn’t live to see them grow up.

He spent time with shark hunter Zac Burgess and became friends with him so when Pippa announced that she thought Zac was coming onto her, Tom thought she was over-reacting. He voted for Zac to stay in town, with no idea that behind his back, Zac was coming onto Pippa. He walked in on what he thought was Pippa and Zac kissing and got drunk in the bar. When Alf asked if it was good for him to drink after his stroke, Tom announced that he’d welcome another stroke.

Confiding in Alf, Tom refused to talk to Pippa and accused her of manipulating the kids when she tried to hold a family meeting. The kids plotted with Pippa to out Zac but their plan backfired when Tom only overheard a part of a conversation whereby Pippa pretended to go along with Zac’s advances. Tom went to hit Zac but being younger and fitter, Zac hit Tom back and Pippa was the one to tend to his wounds, telling him she loved him and that she’d never cheat on him. Tom finally believed her and they reconciled.

After Sally had her first kiss, she became convinced she was pregnant and asked Tom about it while Pippa was away. Tom attempted putting her off, lying to her, making her watch a video and had a bad attempt at explaining before Carly eventually sat Sally down with a book on the subject which Sally announced was very informative. Sophie came to live with them temporarily but after nearly burning the house down while teaching Sally to cook, Tom shouted at her. Sophie became convinced she was going to get a beating but Tom explained that he’d never hit the kids and Sophie asked to be fostered properly. At a family meeting they voted to let Sophie stay.

Tom started running the local football team and interrupted Pippa’s quiet night in watching the TV by bringing the football team home with him causing Pippa to storm off to bed for an early night. The next day she went on strike and spent the day on the beach, refusing to do anything but Tom found her and apologised, promising her a night out, just the two of them. As Pippa prepared for their night out Tom was driving Sophie, Bobby and Steven home when he suddenly clutched his chest and lost control of the car. Steven tried to grab the wheel but the car veered off the road and crashed. Steven tried CPR but by the time help, in the shape of Ben and Grant, arrived, it was clear that Tom was dead.

When Sally was stabbed by Johnny Cooper in 2008, she flatlined on the operating table and had a near death experience in which she was reunited with Tom. Tom explained that this wasn’t the plan, Miles was in fact the one who was supposed to have died – he had been drawn to Summer Bay to resolve his life and meet his fate. But something went awry in that moment, and a simple slip of a foot in the wrong direction had led to Sally being there. As a result, she had the choice of ‘moving on’ and joining her loved ones, or returning to her life in Summer Bay.

Before she decided, Tom gave her a glimpse of what lied ahead for her loved ones should she choose to live or die, but also gave her a moment to enjoy the pure bliss she would feel from being reunited with Flynn. She eventually chose to return to her life and responsibilities, but Tom warned her that as a consequence, someone else will have to take her place to balance the books (later revealed to be Dan Baker). Before he departed he asked Sally to tell Pippa that he was waiting for her, and that he loved her more than ever.