Home » Home and Away Characters » A - F » Lynn Davenport 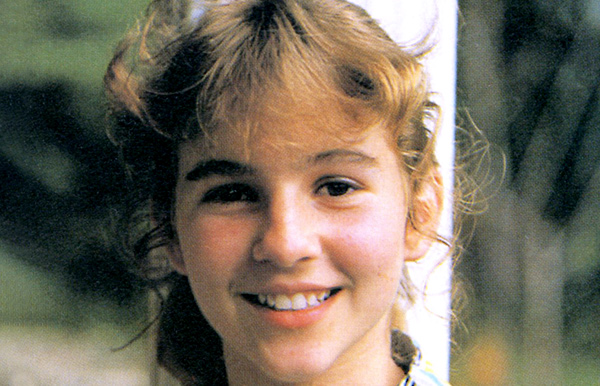 Lynn is the youngest of seven kids born to a family whose father is a manual worker, pulling in a poverty line salary.

Lynn, a mistake due to an imperfect practising of the rhythm method, was resented from the moment of her conception. The tension in the family became intolerable for the sensitive young girl. Constant arguments made her decide anywhere was better than home. She ran away, to be found by the police, hungry and miserable in a storm water drain. When she was brought home, she had the living daylights beaten out of her.

Life became even more intolerable. She ran again four months later, only to be returned home. On the fifth runaway attempt, when she nearly lost her life, welfare intervened. They suggested to her parents that they take the girl off their hands. Both parents agreed to this, until some of the older kids left home and they were better able to cope with Lynn’s problems.

At the age of ten, Lynn was put in a home, where she pined. The institutionalised atmosphere oppressed her and once again she ran. Two years after her coming to the home. the authorities in desperation decided to give her a go in a foster home. As Tom and Pippa were admired for their work with the difficult Frank and Carly, the Department asked them to see what they could do with Lynn. During her time in the home Lynn had shared a dormitory with, and befriended a young girl called Sally Keating. When the authorities told Lynn they’d found her a suitable foster family, she refused to leave without Sally. Soon afterwards both Lynn and Sally left to live with Tom and Pippa. Following Michael’s retrenchment, Lynn was one of the five Fletcher kids that moved to Summer Bay.

Lynn nearly didn’t last very long in Summer Bay when she took in a stray dog. After the dogs barking keeps everyone up all night and leads to complaints from caravan park residents, Tom says that the dog has to go. Lynn leaves an ultimatum that if the dog goes, she goes and after another night of barking, Tom say that’s that. Lynn leaves a handwritten note saying goodbye. Lynn hadn’t gone far. She had run away to Floss and Neville’s van and after an injection to keep the dog quiet, it was hoped that both Lynn and the dog could stay. However they were not in luck, and the dog again barked through the night, with the Fletcher’s receiving a phone call from Don complaining about the noise. The following day the dog was found poisoned and they decided to have it put down. Lynn went to Don’s house and accused him of murdering the dog. Sally then tells Lynn about Carly’s $8000, but they hadn’t paid to save the dog.

Lynn then hides in a farmhouse where she meets a Greek boy called Nico. Nico was autistic and Lynn began to make changes to the way Nico was treated around the Pappas household. Lynn tried to take Nico from taking sleeping tablets, but it turned out that these were to control his temper and she soon relented and gave her them back. The people looking for Lynn are certain she is hiding out at the Pappas farm and they soon find her there. Don starts a petition to throw Nico in the asylum, but he and Celia are the only signatures. Tom and Pippa also bought Lynn a new dog. Following some events, such as Nico attempting to struggle Don, he eventually was thrown in the asylum leading Lynn to go a bit crazy herself.

After visiting Nico in the asylum, Carly and Lynn missed their bus. Lynn decided to wait for the next bus, but Carly decided to hitch-hike and it was this that led to her being raped, though Carly told the fellow Fletcher kids that she didn’t want anyone else to know. This event led to her reconsidering her faith in god and when Celia started hassling her about it, Lynn accidentally blurted out that her faith hadn’t stopped Carly being attacked. However, after realising how much she missed religion on Good Friday, Lynn went to church and put all her chruch stuff again.

Lynn then receives a visit from her father and she thinks things are going along just swimmingly. However Carly overhears a conversation they have with Tom and Pippa, where they say they just don’t have time for Lynn. However, neither Carly or Pippa have the courage to tell Lynn the truth.

A couple of months later after doing very little in between, Tom and Pippa got a call from the department saying that Lynn’s parents now wanted her back. Carly and Lynn hatched up a plan to make to go to the TV companies and make it look as if Lynn was being forced away from the Fletcher’s against her will. However, this just made Tom and Pippa look bad and Lynn moved back home to her family.

Lynn returned briefly a month or so later after Christopher Fletcher’s birth. In 2000, when four of the five original foster kids were together for Sally’s wedding, Pippa mentioned that she had never heard from Lynn so her return to her real family must have been successful.