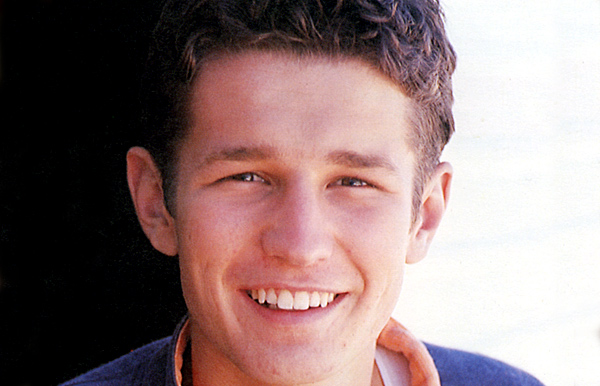 Appearing in the pilot episode, Steven apeared on the surface to be the quietest of the Fletcher kids. As the newst arrival, he struggled to feel part of the family, a fact not helped by a jealous Frank belittling him for being clever. Steven’s secret, that he was a champion at karate, was discovered by Bobby who was the first person Steven really opened up to. His past was revealed to be a happy one, devastated by a tragic accident.

His mate, Danny, who lived across the road had invited him to stay for the night. Steven did so, and in the course of the stay, he heard the sirens coming from fire engines at two in the morning. He discovers his home is on fire, and his parents are trapped. He had more than the death of his parents to overcome, since he has no extended family to care for him. Steven was placed briefly in a home by the Department until they could place him with a suitable family. He has a new home; the Fletchers; he was disturbed who had ongoing nightmares abut his parents’ death.

Steven is a good kid, basically; however, he has the potential to be a wonderful human being or a pompous brat. Tom and Pippa were concerned that he may become a brat so they had to fight to keep this nice kid nice.

Steven had an affair with an older woman, Jennifer, whom he lied to about his age. She taught him everything she knew.

Things turned for the worse; he lost his uncle in the fire. Dodge set the blaze alight in Celia’s shop. They were friends until he heard of the death of his uncle.

He left the Bay in 1990 to go to university and later returned five years. Fisher was to pick up a new teacher and was surprised to discover that Steven was the new teacher.

On Marilyn’s return to the Bay, Steven and Marilyn went out for a while; however, she decided to cool it off.

Selina fell in love with Steven but he tried to avoid breaching the student-teacher relationship and refused to have an affair with her. As time went on, he gave in, and the scandal rocked the Bay.

Steven had an affair with Kelly while she was still with Travis, but she managed to push his attention away. It was the same year when his enemy Dodge was out of jail and tried to get revenge on Steven when he kidnapped Kelly.

Steven left the Bay and arrived again a year later. He was to marry Selina, but was left waiting for the missing bride. She was kidnapped by Saul. When Selina was found, she has changed her mind and Steven was hurt.

A year later, when Irene and Marilyn headed for England, Selina was ill and confined to bed. Irene arranged for a surprise visit from Steven and he proposed to Selina. She accepted the proposal, and it was the last time we saw them.

Steven returned to the Bay for Sally’s wedding.