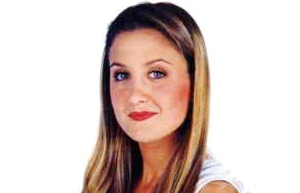 Selina Cook was introduced as a Summer Bay High student with a crush on teacher Luke Cunningham. She had something of a reputation for being easy to “get to know” and attracted the attention of Jack Wilson. Jack was therefore frustrated, when Selina decided he was going to be her first proper boyfriend and they were going to wait before sleeping together. She agreed to accompany Jack to the school formal after establishing that Luke was unavailable but after sneaking away for a canoodle they accidentally caused some paint to be spilt over Donald Fisher and his date Irene Roberts, much to Flathead’s fury.

Not long after, Selina was told her mother Dawn was moving away. She offered to sleep with Jack before she left the Bay but in the end he said she didn’t have to. After only a few weeks, Selina ran back to the Bay and asked Irene to take her in. Irene wasn’t allowed to officially foster her but Social Services agreed Selina could stay with her. Selina was upset to find Jack was already dating another girl, Sonia Johnson. She and Jack got back together but unknown to her he continued seeing Sonia, as well as dating Frankie Brooks, Angel’s sister. When the three girls found out about each other, they teamed up to get their own back on Jack. Selina was more upset than the others about the relationship ending as she had genuinely cared about him but eventually decided Jack wasn’t worth it.

Selina started looking for a new boyfriend and picked out Curtis Reed. This led her into conflict with Shannon, Curtis’ adopted sister and girlfriend, which resulted in the two girls getting into a catfight at a party and Rob Storey turning a hose on them. In the end, Selina backed off and she and Shannon ended up becoming good friends.

Selina still wasn’t entirely familiar with social niceties and when Irene bought her some new jeans she decided to grunge them up by cutting them. Whether by accident or design, one of the tears went across the bum, revealing rather more than was decent. Irene tried to stop her wearing them, but Selina was having none of it, and after a particularly fierce argument resulted in Irene suffering a minor heart attack, Selina eventually backed down.

Selina briefly dated Irene’s nephew, Nelson MacFarlane, when he came to stay with them. Later, when Irene’s son Damian was in town for Shane and Angel’s wedding, he and Selina slept together. Not long after, Selina discovered she was pregnant. Neither she nor Damian were keen on parenthood but she eventually agreed to have the baby, whom she dubbed Maddie, and give her up for adoption. In the end, she suffered a miscarriage.

With Curtis now single, he and Selina started dating. On a school trip, Selina stopped classmate Joe Lynch from running away after a bullying incident but this resulted in Don finding her with him, Jack and Curtis in the boys’ dorm. Assuming the worst, he cancelled the trip and Selina did herself no favours by picking an argument and openly defying him. Don tried to have her expelled but the rest of the staff, led by Joe’s mother Teresa, the deputy head, refused to support him and she was reinstated by the Department. Selina’s reputation improved somewhat afterwards and she was appointed school captain. She marked the occasion by changing her surname to Roberts, saying Irene had been more of a mother to her than her own mum. She would eventually gain a surrogate family when first Chloe Richards and then Joey Rainbow also came to live with Irene.

Selina had an uncomfortable experience when Irene’s estranged husband Murdoch turned up and started sexually harassing her. She kept quiet for Irene’s sake but when Irene discovered the truth she threw Murdoch out. This resulted in Selina being briefly suspected when Murdoch was murdered by Brian “Dodge” Forbes.

When Selina was stung in the throat by a bee and had to be resuscitated by Shannon, she had a near death experience where she heard what she thought was Maddie crying. The experience affected her and ultimately broke up her relationship with Curtis. She was easy prey for cult leader Saul Bennett, who became obsessed with her and told her if she had a child with him Maddie would be reincarnated. Irene, Shannon and Saul’s son Alex all tried to talk her out of it, but at the time Selina felt she knew best. She eventually came to her senses which resulted in Bennett kidnapping her. Fortunately, she was rescued by Alex.

Still convinced the vision meant something, Selina kept returning to the spot where she had had it until she found an abandoned baby there and suspected that was what she had been supposed to do. When the child’s father, Brendan Coyne, turned up, he took a liking to Selina and suggested they raise the child together. She turned him down and he left the area with his daughter.

Selina found herself being stalked and believed Curtis was responsible when she saw him running from the house shortly after someone had been in her bedroom. In fact, he was chasing the real stalker and persuaded him to return several items he had stolen from Selina but refused to identify him. Selina had a brief affair with Steven Matheson, one of her teachers, but although their feelings for each other were real they realised they could never have an equal relationship while he was in a position of responsibility. Selina then befriended her classmate Jeremy Rigby, until she discovered he had been her stalker. When he found out about her and Steven, he tried to blackmail her into going out with him and when she rejected him he made a failed suicide attempt by hanging himself in the school toilet. Not long after, Irene also found out about Selina and Steven and made a complaint. Steven was forced to resign and left the area.

When Selina, Shannon and Curtis stumbled across a group of car thieves, they found themselves briefly taken prisoner until one of the gang, Jesse McGregor, helped them escape. When Selina met up with him later, they started dating. Jesse eventually put his criminal past behind him and was even prepared to risk jail to give evidence against Chris Hale, a hit and run driver who had badly injured Shane, until Hale confessed. When Chloe and Jesse went to a hypnotism display, Chloe was shocked when Jesse stated under hypnosis that his greatest love was someone called Rachel. She told Selina, who confronted Jesse and learned Rachel was his daughter. She talked him into getting in contact with Rachel and became a surrogate mother to the girl when her mother Kylie left her with Jesse after she got into trouble with the law.

When Selina learned that Jesse and Chloe had kissed, she was furious with the pair and said she wanted nothing to do with them. By the time she was ready to forgive Jesse, he was already dating Chloe but the relationship didn’t last long and Selina and Jesse were reunited.

Not long after, Saul Bennett reappeared and claimed he was behind the recent kidnapping of Irene’s newborn grandson Paul. Both Selina and Joey agreed to return to the commune with him to try and find out the truth but this resulted in Bennett locking himself and Selina in the community building and setting it alight. Selina was rescued by Jesse and Joey but Bennett apparently perished in the blaze. (Paul was later returned to Irene by another member of the commune.)

Having finished school, Selina began studying to be a nurse and was placed at the local hospital as a student. She befriended Lachlan Fraser and was annoyed when Shannon chose to leave for Paris with Mandy instead of marrying him. When Steven turned up at the hospital to help repair the computers as part of his new business, he made it clear he was still interested in Selina. Selina tried to stay loyal to Jesse but their relationship had never really recovered from his affair with Chloe, and Selina ended up going back to her true love Steven, before agreeing to marry him.

Selina faced opposition from Irene but did manage to rebuild her friendship with Chloe, significantly, she was the first person to realise that Lachie, and not Jesse as everyone else assumed, was the father of Chloe’s unborn child. She also proved a friend to Jesse, talking him out of going on the run with Rachel when Kylie claimed custody. Eventually, with everyone won over, Selina prepared to marry Steven…but then both she and her limousine disappeared from outside Irene’s house.

The limousine driver turned out to be Saul Bennett, who had somehow escaped the fire. He kidnapped her but when he fell ill she chose to stay with him instead of taking the opportunity to escape. She was deeply affected when he was shot dead by Constable Terri Garner after, apparently deliberately, causing her to believe he was armed. This prompted her to tell Steven she wasn’t ready to settle down with him and left the Bay to go travelling.

In early 1998, Selina contracted malaria and ended up convalescing in Ironbridge, United Kingdom. Irene flew over to help care for her and Irene ended up calling Steven. He and Selina rekindled their relationship and he once again asked her to marry him, suggesting they go travelling together. Delighted with the idea, she accepted.

The show has been less than consistent in portrayals of Steven and Selina’s relationship since they left. They were still engaged when Steven returned to the Bay in 2000, but on his next visit in 2002 he said they had split up and he was married to someone else. However, in 2005, Chloe referred to them as still being together. It is possible Steven’s marriage didn’t last and he and Selina got back together but this has not been confirmed.