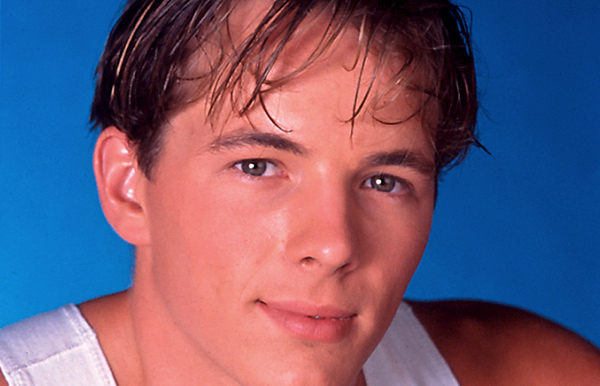 Shane Parrish, at the age of 15 on his arrival in the Bay, is the youngest member of the Parrish clan. He had a relative family life up until his older brother Nick left home. Nick was the brother Shane loved and respected most, though he was too young to recognise and verbalise these feelings. By the time he was old enough, he was gone. His parents are high powered lawyers, and although Shane had all the material benefits their positions offered, he has never had what mattered most…two loving parents who were there when he needed them.

Feeling rejected and deserted, his schoolwork started slipping and he fell into the company of older, socially undesirable kids. For once, he was accepted and befriended, even if the cost was high – car stealing, for example. He has never admitted to his mates that his brother is a cop – that would be social death. But he is secretly proud of Nick for thumbing his nose at the family expectations and following his own path. Shane has no idea where his life is going…he doesn’t show talent in any particular area, and could never live up to his parents’ expectations.

When he arrived in the Bay, he broke into Fisher’s house, and Nick returned home to find him in the house. Shane caused trouble in the Bay and was a bad influence on Damien, who was also a newcomer to the Bay.

In 1993, when Frente came to the Surf Club, he met a girl who lied that she was with them. Angel gave him a fake ticket; on discovering this, he hunted her down.

Angel moved into Fisher’s house and both Shane and Angel have constantly bickered. Near the end of the year, it died down and they became lovers.

He discovered that Angel had a son while working in the police station. Angel had kept it a secret, and Shane later persuaded her to track him down. Since finding Dylan, problems arose, but Shane became fond of him.

In 1994, newcomer Jack caused problems for Shane when he tried to crack onto Angel. Angel called their relationship off, but it was back on after a number of weeks.

Nick left in the same year and Shane was angry that he left without letting him know. Shane got over it eventually. Worse was to come; his mother arrived in the Bay. He continually ignored her, but backed down after some persuasion from others. Things got worse when she got too involved in breaking up his relationship with Angel, that he had to ask her to leave.

In 1995, Shannon managed to seduce him, but he was not interested in her. Despite his attempts to push her away, she continued seeing him. Angel discovered her attempts and ran away, but the plane crashed. When Shane saw Angel in hospital, she admitted that she knew he was not seeing Shannon.

He and Angel were planning to marry. Angel was knocked down by Alf and it appeared that the wedding may be called off. She insisted it go ahead and they got married.

One night, he went out on the motorbike for some ice-cream when he was knocked down, and left for dead. He was lucky to be alive.

One day, when Shane, Angel and Dylan were out for a day, Shane felt sick and collapsed. He passed away. He had died from an infection which had never really healed since his motorbike accident.

When Angel was in labour and she was stuck in a car with Alex and Shannon during a stormy day, she thought she saw Shane on a bike who guided them to a road.