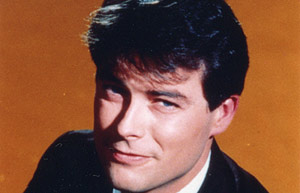 As a child, Nick Parrish was always trying to live up to his father’s expectations. He endured two exhausting, misspent years at university doing a law degree (Nick’s more street smart than book smart), but eventually his life long efforts to convince his family that he did not want to become a barrister ran him into the ground.

The thought of spending the rest of his working life in air-conditioned comfort nauseated Nick. He did not see any point in slogging away at university for six years to become a lawyer and put his foot down. He left university and after six months of pretending he was still going, he found the courage to tell his father. His father was not pleased. Suddenly Nick had nowhere to live and no income – he had never been happier.

Nick decided to join the police force. It offered a sense of adventure, a chance to spend more time outdoors (Nick’s an athletic type) and a sense of being amidst people rather than above them.

Nick is no Mother Teresa. He goes to parties, he likes a drink as much as anyone – in fact get him loosened up and he’ll tell you exactly why he became a cop. He’ll tell you he grew up watching his father making a profit out of crimes that had already been committed. What Nick really wanted to do was to do something about preventing those crimes.

Nick met Lucinda and fell in love with her. When Ryan came to the Bay, he was jealous and often had problems with him. When Lucinda left wiht Ryan, Nick had to come up with a plan to persuade her to come back and Ryan had lost her to him. Nick got engaged to her.

Ryan came back to the Bay again, but trouble was caused by Nick’s brother, Shane, who did not like him going near Nick’s girlfriend.

Lucinda was caught up in a war between Nick and Ryan and had to leave the Bay; Nick had lost her.

He got a job overseas and left in 1994, and this annoyed Shane, who missed him.