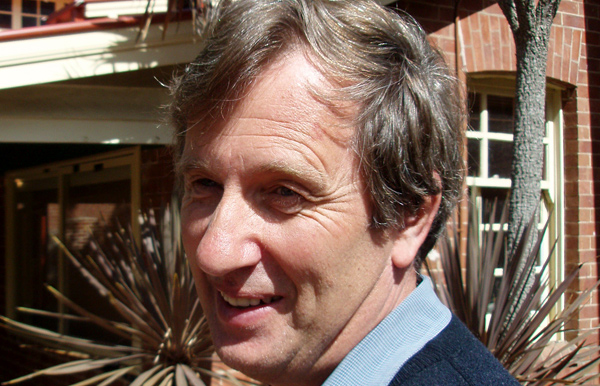 Ray Harding was born in 1949 in New Zealand and completed a Bachelor of Arts at the University of Cantebury in 1971. Then, he completed his Certificate and Diploma of Teaching at the Christchurch Teacher’s College.

He began writing for television in 1979. In 1985, he began writing for A Country Practice and the following year, he was appointed as the Script Producer – a role in which he remained for the next year. During the latter half of the 1980s, Ray also wrote three professionally produced plays – one of which was The Weekenders, which was produced in 1988 on London’s West End. Similarly, he wrote three telemovies, which were all produced, including Sisterly Love.

In 1986, he began writing scripts for Neighbours, and then for Home and Away in 1988. Over the next six years, he wrote for several Australian series, including Blue Heelers, A Country Practice and Mirror, Mirror. In 1994, he joined Home and Away as the story editor, before being joined in the position by Greg Haddrick. After the departure of Greg Stevens as the script producer, Ray ran the script department on-and-off until 2002.

During his seven years in the top job, which was often shared with other story editors, he oversaw storylines, such as Selina‘s cult experience, Donald and Marilyn‘s romance and subsequent wedding, as well as that bomb blast, flood and earthquake that all shook the Bay during 1996. During the latter half of his tenure, he oversaw storylines such as Justine’s wrongful trial for the murder of a baby, the introduction of the Sutherlands and the reintroduction of fan favourite, Morag Bellingham. He left the role (which had been retitled as Script Producer) in 2001, with his final episode in the role airing in 2002.

While working in the top job at Home and Away, Ray was also involved in the production of many other series including creating the ITV series, Gregson’s Point and Open Country and the Nine Network series, The Coast, as well as becoming the consultant on the Swedish soap, Friends and Enemies and the ABC drama, MDA. In 2004, he became a consultant on the TVNZ series, Pet Detectives.

He left the television industry in 2001 and became a lecturer at Charles Sturt University. He spent ten years teaching scriptwriting, modern theatre and media audience and public opinion. In 2012, he completed a Master of Arts in Ancient History at Macquarie University.

Over his time in the industry, Ray won an AWGIE for “Best Television Series Episode” for A Country Practice in 1986, as well as being nominated for many others. He won a Critic’s Circle Choice for “Best New Playwright” in 1987 for his play, The Weekenders. He was also nominated for an International Emmy in 1990 for The New Adventures of Skippy.

In recent years, Ray has undetaken a PhD in late Roman and Early Byzantine Theatre at Macquarie University.

Picture with thanks to Bruce Andrews