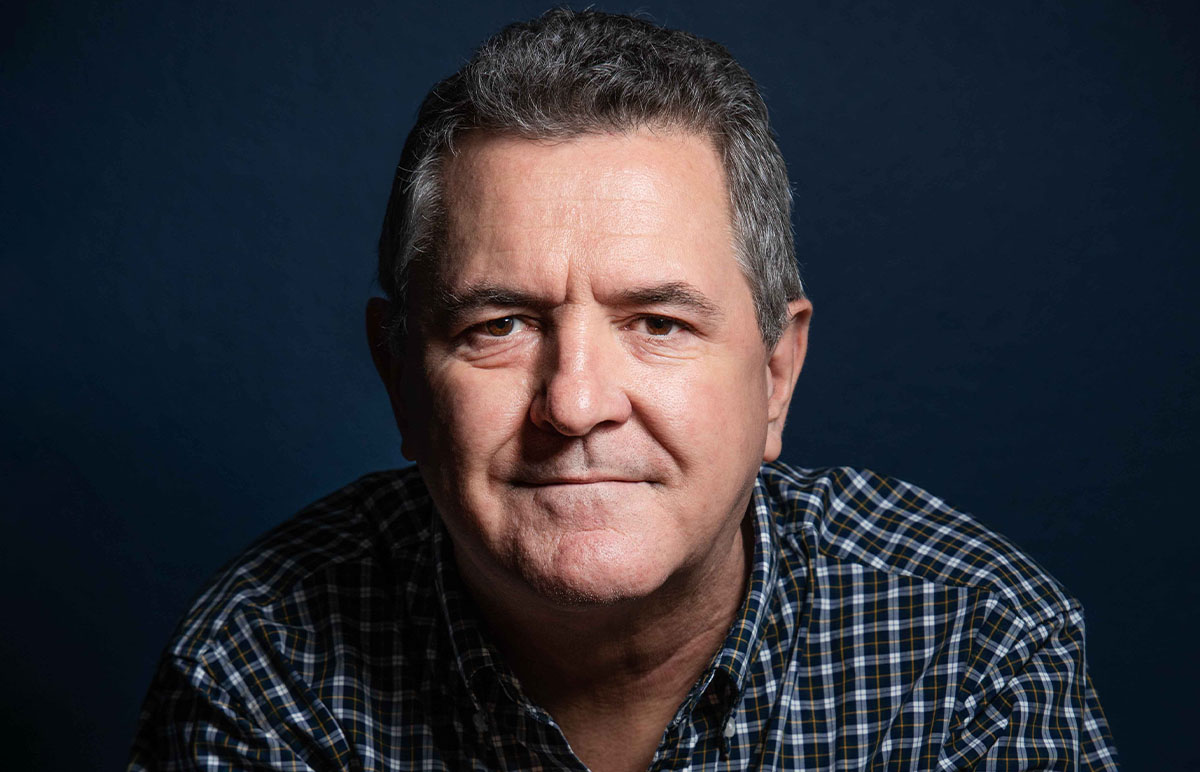 Anthony’s first job in television was on Home and Away where he was employed as the series’ inaugural script coordinator. From the bottom, Anthony quickly worked his way up the ranks, writing and eventually script editing the series over the first eighteen months. Soon after, he moved to the Nine Network, where he worked on Family and Friends with the team from Home and Away. He also wrote for series such as The Flying Doctors, Paradise Beach, Pacific Drive and a myriad of children’s series including Ship to Shore and The Miraculous Mellops.

He returned to the Seven Network for two stints as a story editor on Home and Away alongside Greg Stevens in the mid-1990s, before joining the Southern Star production, Echo Point. Anthony was a story editor on the series for the entirety of its 130-episode run.

Anthony joined the team at Millennium Pictures, headed by Posie Graeme-Evans, as the story editor for Mirror Mirror. He went freelance again, writing for Big Sky, Blue Heelers, and Water Rats. He also wrote the Southern Star Xanadu produced telemovie Cody: The Wrong Stuff, which aired in 1998. before returning to Seven as part of the in-house development team, led by Bevan Lee.

Together with Jo Porter and John Holmes, the four-strong team developed Always Greener. Over the next two years, Anthony shared the script producer role with Margaret Wilson and delivered some of the highest ratings the network had seen. Despite beginning work on a third series, the program was axed. Following this the drama development department was disbanded, and Anthony returned for a short stint as story editor on Home and Away.

In 2002, Anthony was appointed script executive at the Nine Network, a role in which he shared oversight of the entirety of the network’s drama and children’s output. In this capacity, Anthony’s name appeared on series such as McLeod’s Daughters, Stingers, Mortified and The Sleepover Club.

After four years, Anthony moved onto McLeod’s Daughters as a story consultant, before returning to the Seven Network to help develop Packed to the Rafters in 2006. From its inception, Anthony oversaw the story team and remained the script producer of the series for the entirety of its six-season run, spare the final three episodes. During this time, he also acted as a story consultant on Home and Away.

Anthony joined Jo Porter at Fremantle Media in 2012, where the pair headed up the drama development team. As Head of Scripted Content, Anthony oversaw the scripting process of the company’s drama output including Wentworth, Wonderland, Mary: The Making of a Princess, Picnic at Hanging Rock, and Neighbours. He remained in this role for six years.

Having freelanced for two years, writing for Neighbours, Anthony joined the team at Screentime as Head of Scripted in 2020. Now, whilst enjoying travelling, he continues as a freelance writer, with his most recent credit the pilot of Jason Herbison’s miniseries Lie with Me.

Packed to the Rafters

Image with thanks to Anthony Ellis