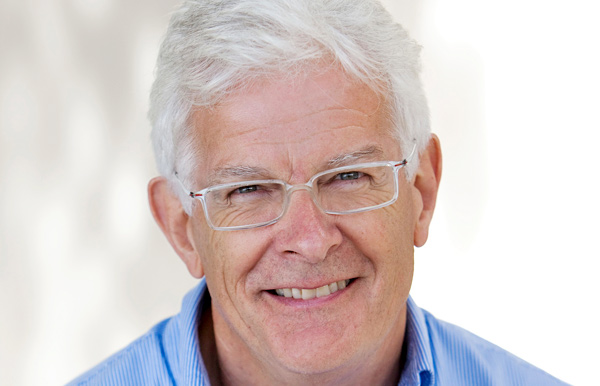 John Holmes first entered the television industry when he started as a trainee at a production offshoot of the UK broadcaster ATV in 1969. After two years in the position, John immigrated to Australia. He first worked for the Seven Network for 10 years from 1971, taking on various roles in the production departments including floor manager and in-house producer. He became the associate producer of Love Thy Neighbour in Australia in 1979.

Over John’s time at Sons and Daughters, he was responsible for the introduction of one of Australia’s most hated villainesses, Patricia Hamilton, commonly known as Pat the Rat. John continued on as series producer until the conclusion of the third season in 1984, racking up a massive 528 episodes.

After leaving Sons and Daughters, John became the series producer of Reg Watson’s new series for the Seven Network, Neighbours. The series aired its first episode on 18th March 1985. After four months, the series was quietly cancelled by the Network. After news spread, Network Ten was quick to buy the rights to the series and in 1986, turned the series into the international phenomenon it is today.

Due to the success of Neighbours, the Seven Network quickly poached John Holmes back, and tasked him with producing their new in-house soap opera, Home and Away. The series premiered on 18th January 1988, however it wasn’t smooth sailing. Six weeks in, the Network made the decision to cancel the series. John, and his script producer, Bevan Lee pleaded for three more weeks, and this was eventually granted. John continued on as the Series Producer for 260 episodes before leaving the series in the very capable hands of Andrew Howie.

In his 17 years at the Seven Network, John was an integral part of the creation process and executively produced many award-winning, high-rating drama series including All Saints, Always Greener, Packed to the Rafters and Winners & Losers. He also acted as the executive producer of Home and Away for the entirety of his position in the role.

In 2012, John stepped down as the head of drama, leaving the role in the competent hands of Julie McGauran. Despite his departure from the executive role, John remained in a newly-created, otherwise equal, position that saw him continue on as an executive producer, alongside Julie. The change of role, however, freed him up to work more closely with Bevan Lee and allowed them to be able to focus more on the creative process in the in-house drama department.

John ceased being the executive producer of Home and Away at the end of 2017, ending his 20 year stint in the role.

Picture with thanks to John Holmes