Marilyn gets a visit from a boy she used to nanny, who turns out to be…. Ed Sheeran! Zac and Leah get back together, but Hunter flies off the handle over the news. Andy finds out Hunter was the one who started the fire at Leah’s house.

Zac is angry after Charlotte tried to kiss him – did he plan this all along? Charlotte is adamant she didn’t, but Zac makes it clear that just because him and Leah aren’t together right now, doesn’t mean he’s stopped loving her. Charlotte is left kicking himself as Zac leaves to sleep at the school. To make things worse, when Hunter wakes up and realises Zac has moved out again, he angrily tells Charlotte that this was their one chace to be a family and she stuffed it up, leaving Charlotte devastated.

Leah admits to Roo that maybe VJ is right, she’s sabotaging her relationship with Zac by trying to protect herself from getting hurt. Roo suggests she tells Zac this. She turns up at Charlotte’s house, and Charlotte tells Leah that Zac decided not to stay after all. Leah asks if anything happened between the two of them last night and Charlotte says no, but when Leah asks if she wanted anything to happen, Charlotte admits that she did. She doesn’t deny it when Leah says that she knows that Charlotte is still in love with Zac. However, Charlotte apologises for what’s happened, and assures Leah that she has nothing to worry about.

Leah finds Zac at school, and  shares the conversation that she had with Charlotte, including that Charlotte admitted she still loves Zac. Leah believes him when he says nothing happened with her, and confesses the truth about trying to protect herself. She thought the relationship was doomed from the start, so has just been trying to protect herself lately as she’s scared. Zac assures her he’s not going anywhere, he loves her, but he needs her to trust him if she wants them to have a future together. Can she?

Hunter goes to see Andy to tell him that Charlotte could really do with a friend right now. He goes to visit her and she confesses that happened with Zac, and that she’s scared she’s jeopardised Hunter and Zac’s father-son relationship as well! Andy comforts her.

At the diner, Marilyn and John are discussing the fact that one of the boys Marilyn used to nanny for in the UK is coming to visit. He’s a muso, so John is worried that he and his band may end up crashing at the house for weeks. However, Marilyn reassures him that Teddy is very well mannered, so would never impose himself on them.

Evie, also at the diner, tries to slip out unnoticed when she sees Josh arrive. Josh sees her and can sense her coldness, but when he tries to apologise for what he said at the party but Evie just says she has to go. 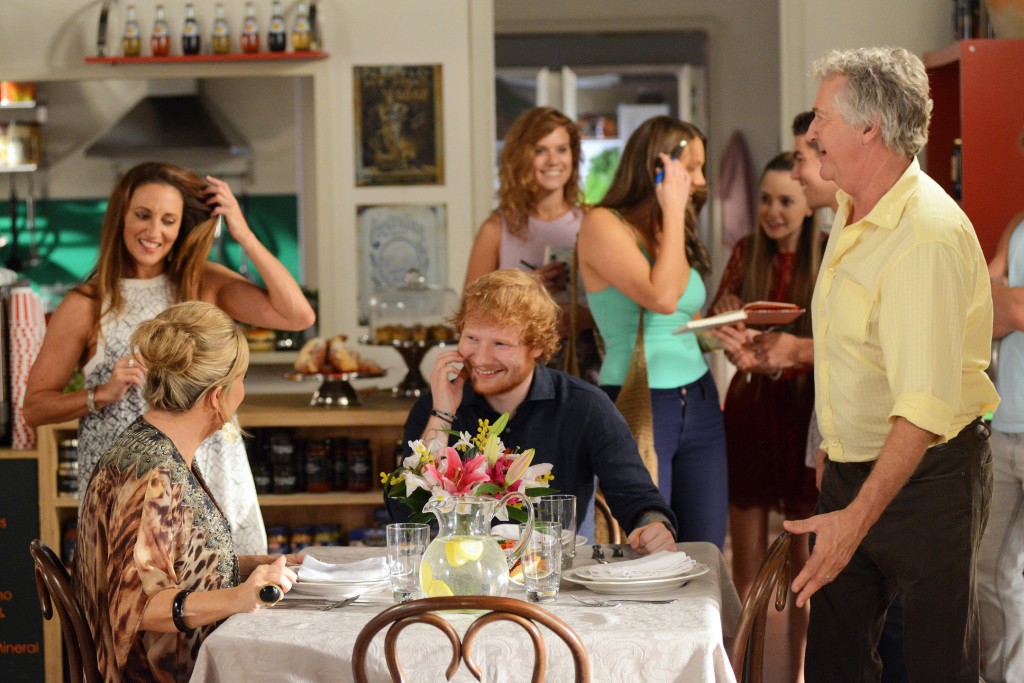 Marilyn’s guest turns out to be Ed Sheeran! © Channel 5

Marilyn is setting up a lavish lunch at the diner, ready for Teddy’s arrival. John is surprised at just how much fuss she’s making. All of a sudden, Marilyn turns and sees Teddy arrive – it turns out Teddy is actually the one and only Ed Sheeran.

The teens, also at the diner, recognise him immediately. They go nuts, start texting everyone they know, and mention that Leah and Zac are fans as well. Suddenly the diners are flocking to Ed for autographs. Marilyn is slightly confused, until Roo points out to her that her little “Teddy” she looked after as a child has groen into an international superstar. 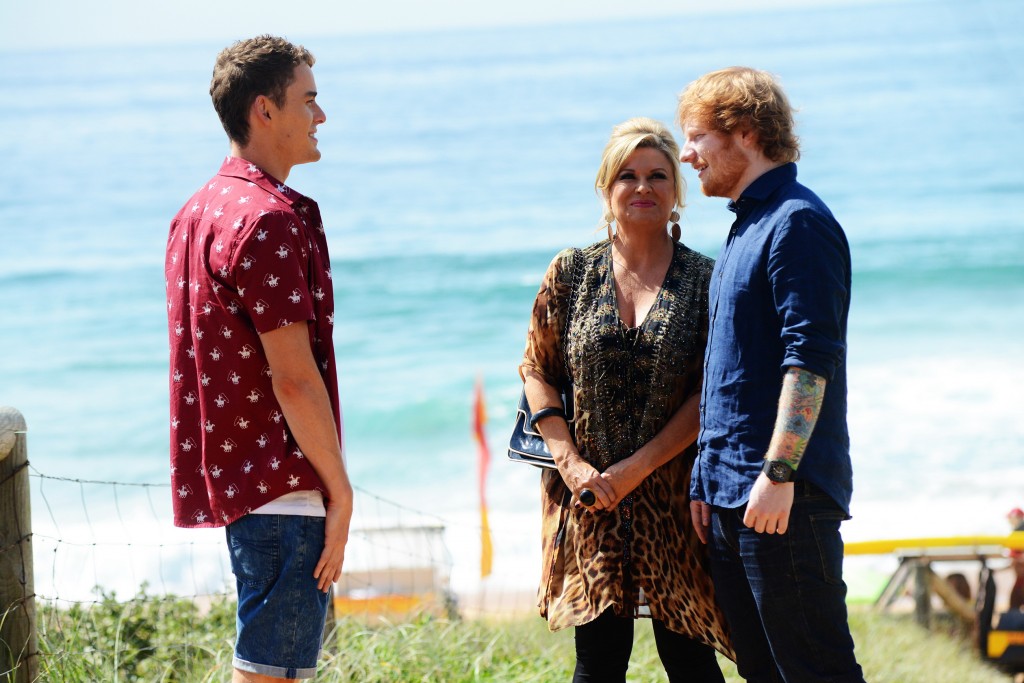 Matt asks Ed to play something for the town © Channel 5 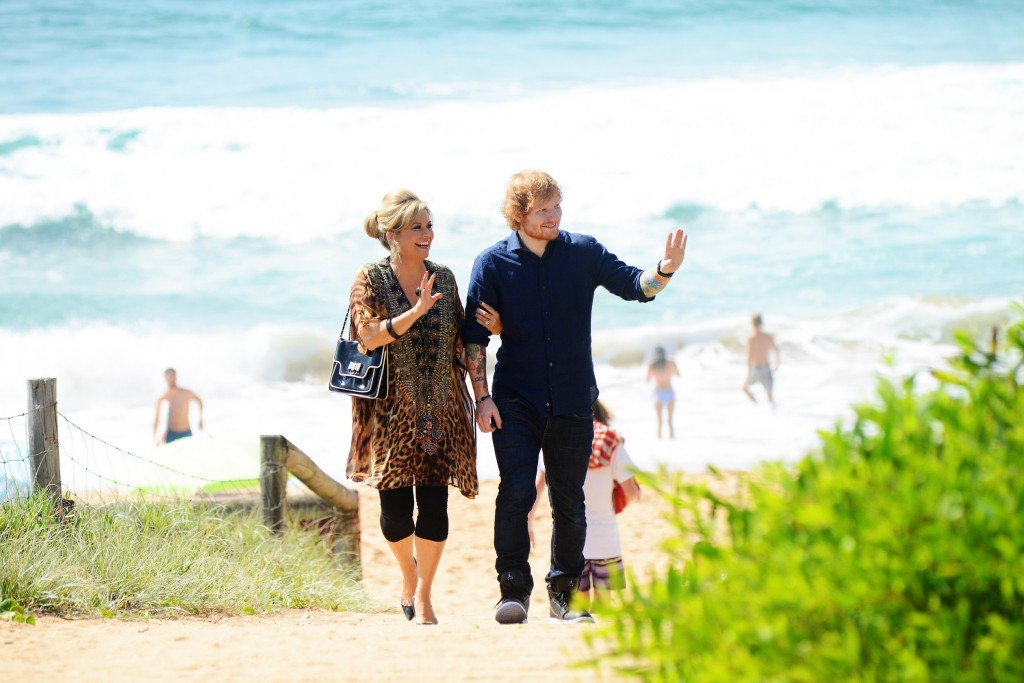 Later, Marilyn and Ed walk along the beach catching up. However, they don’t get long away from the spotlight, as Matt soon runs up to them and asks Ed if he would be willing to play a song for everyone. Ed isn’t sure – he’s just here to visit Marilyn – but Matt says it’s for his family. Plus, the whole town has been through a lot lately and could use a pick-me-up. 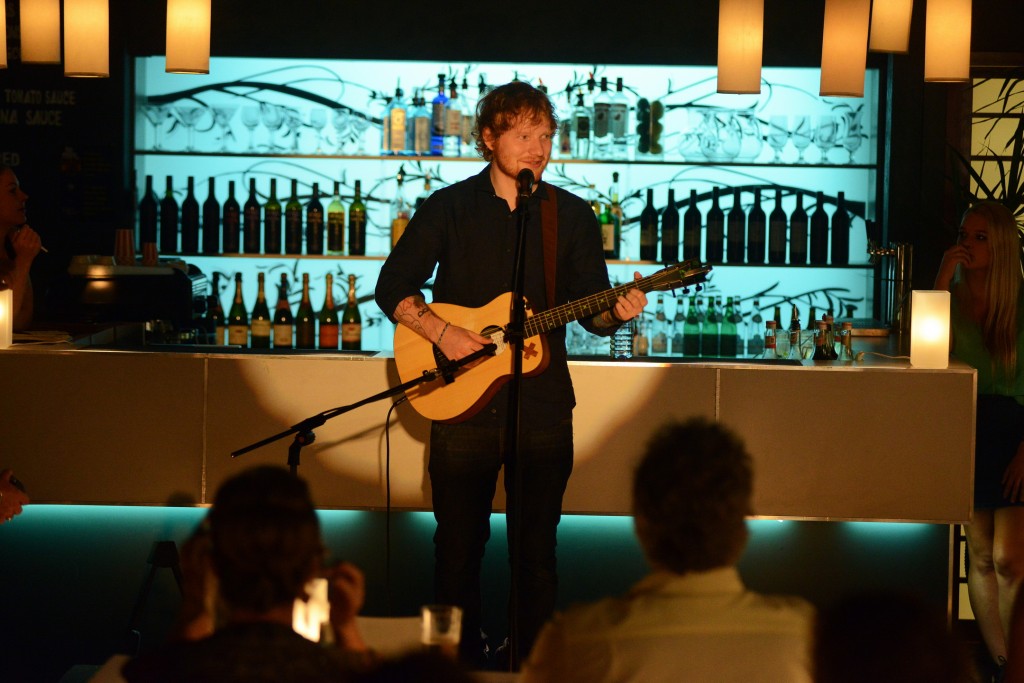 Matt has managed to convince Ed, who puts on a mini concert for the Summer Bay residents at Angelo’s. He plays Thinking Out Loud, and it seems to be having a positive effect on just about everyone in the room. Leah sees Zac come into the room, and walks over to him, pulling him in for a passionate kiss, causing Roo and the teens to smile. Josh walks in and stares wistfully at Evie, but she doesn’t notice him. However, after the concert, and inspired by Leah and Zac’s reuinion, she decides to approach Josh and apologise, and wishes him luck on his course.

Leah and Zac celebrate getting back together with a BBQ for the whole family. Zac heads to the diner to get dessert, but runs into Charlotte and Hunter, who’ve just organised to have dinner with Andy. In their awkward exchange, Hunter asks where he’s taking the dessert, and loses his temper when Zac tells him that he and Leah are trying things again. He tells Zac that he’s choosing Leah over him and Charlotte, and that if he wants to ruin his life with someone like Leah then he can go ahead! Zac tells him not to talk about Leah like that, but Hunter shouts back that Zac doesn’t care about them and never has, before storming out.

When he’s back at home, Zac tells Leah what happened and admits he’s finally seen the side of Hunter that Leah keeps talking about.

Meanwhile, Charlotte can’t get back in touch with Hunter – he won’t pick up the phone. She leaves him a voicemail and warns him not to seek revenge again, as she’s already covered for him when he burnt down the house! As she hangs up she turns around to see Andy at the door – he’s heard the whole thing and knows the secret! Andy is shocked – Ash’s sister could be going to gaol for a fire she didn’t even start! However, Charlotte reasons that she needs to protect her son and needs to do what’s best for him, but Andy is furious that she would let someone else go down for what Hunter did. He leaves as Charlotte pleads at him not to say anything – what is he going to do?