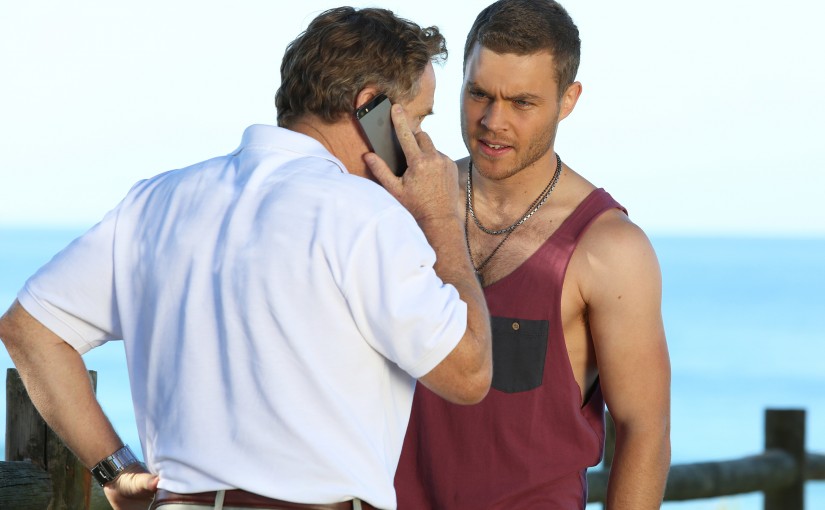 Evelyn continues to blame herself for Josh’s condition. Charlotte is fired after Hunter gives away her relationship with Matt. Is there a bomb in the school?!

It’s the night before the teens’ exams, and Leah’s frustrated at Matt’s lax approach. Principal Snelgrove arrives at Evie’s to tell her he’s applied for her to have special consideration, but she doesn’t feel that she deserves it, it was her choice to stay with Tank. She wants to go visit Josh in hospital, despite the impending exams, and Maddy is forced to try and talk her into studying for a while instead.

Trystan piles on the pressure for Charlotte to find Brax. She can’t understand why he wants her to help them, but Trystan reminds her that he “owns her” now, so he can demand anything he wants. He tells her he watched her bury Denny’s body! She goes to the diner and strikes up a conversation with Kyle, steering it in the direction of Brax, and tries to build a connection.

Leah spots Hunter’s feet sticking out from under a boat, and he’s clearly been sleeping there over night. Leah tells him he’s welcome to stay at theirs at any time, their door’s always open. Matt tries to intervene as Leah and Zac talk to Hunter, and it results in the pair having a physical fight, which Zac quickly breaks up. Hunter reveals to Leah and Zac that Charlotte has spent his trust fund money – oh, and she’s sleeping with Matt!

A shocked Zac and Leah confront Matt, who insist it’s two sided, and that Charlotte didn’t realise he was a student when they first got together. But Leah and Zac are still angry – and Zac confronts Charlotte, telling her he knows she stole Hunter’s money, and that he’s going to report her to Principal Snelgrove. 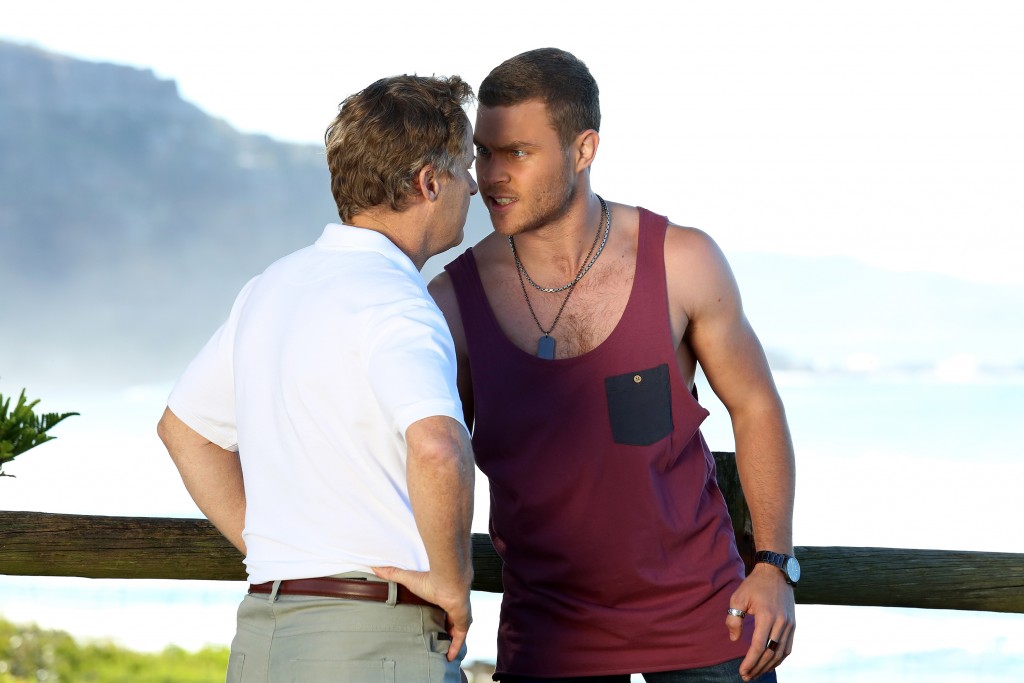 Tank threatens Principal Snelgrove when he refuses to help him out

Tank confronts Snelgrove at the beach – and when Greg tries to call the police, Tank throws away his phone. He wants his father to get him a car and money so he can get away, but Greg won’t comply – he wants him to take responsibility for what he’s done to Josh. Tank tells him he’ll regret not helping him out!

Matt visits Charlotte and tells her they can be together in the open now – but Charlotte tells him she doesn’t want him any more and makes him leave. Soon after, Zac and Charlotte are in Snelgrove’s office, and she’s forced to admit she’s been having a relationship with Matt. Greg tells her he’s forced to dismiss her from her position and report her to the board – she’ll probably need to find a new career.

Charlotte tries to talk to Hunter, but he wants to know why she needed the money, telling her he’d have helped her if she’d come to him. Charlotte still won’t tell him, and Hunter angrily tells her that there’s something wrong with her. She goes to Angelo’s and starts drinking, where she bumps into Kyle, and tells him she needs a drinking partner.

In the night, Tank breaks into he school. The next morning, as the teens go into their exams, Principal Snelgrove goes to his office. As he gets to his computer, he sees a handwritten note attached to the screen… ‘5, 4, 3, 2, 1, BOOM!’.