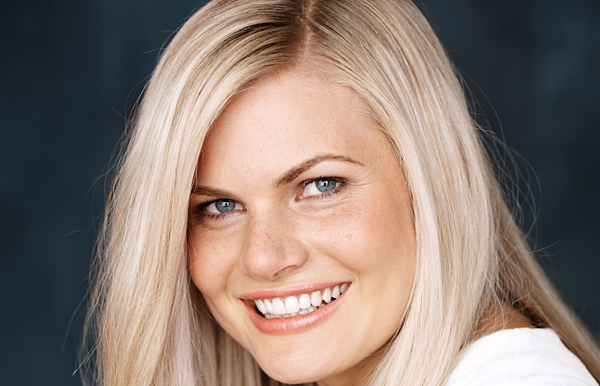 Charlotte wants to leave Summer Bay but is stopped by a threatening stranger. Ricky and Nate pose for a sexy photo-shoot. Does Kyle have a crush on Ricky?

Charlotte clears up the mysterious leaves in her apartment, and feels like she’s losing her mind. Hunter comes home to find Charlotte packing urgently, and when he asks what’s going on, she tells him they’re leaving. He storms out, and as he runs off someone is watching them.

Hannah shows up at the photo shoot to watch and notices that Ricky is filling in for Kat. She speaks to Nate and tells him to be careful, as she can see what’s going on with Ricky – first the texts, and now this. Nate denies there’s anything going on, but Hannah is firm she doesn’t want anyone to get hurt.

Nate poses awkwardly for the photographer as Ricky fools around on the set, but as soon as she has to join him she feels uncomfortable too. They joke around and start to feel more natural. Ash and Phoebe join Kyle who’s watching, holding Casey.

Kyle takes Casey home while Ash and Phoebe continue to watch the show. As the photographer encourages Ricky and Nate to get closer they again start to feel awkward, but as they’re made to gaze into each other’s eyes, the sparks start to fly. Later on they chat about how much they enjoyed the shoot, and the mood turns more serious as Nate tells Ricky she should get back into photography and not waste her talent.

Kat arrives, breaking the moment, and Nate greets her with an overly warm kiss. She’s a little disconcerted and asks how the shoot went, and after some stilted replies, Ricky heads off. Back at the house Ricky gets some of the photos emailed through and looks at them with Kyle, who is complimentary. Ricky sends them to Nate who shows Kat. Kyle walks in with Casey, and, after he leaves, Kat speculates that there may be more to Ricky and Kyle’s relationship. However, Nate dismisses the idea.

That evening, Ricky runs into Nate and he asks whether there’s anything going on with her and Kyle. Ricky insists that there isn’t, and Nate asks whether Kyle knows that. Back at the house, a smiling Kyle gazes at the photos of Ricky…

Leah and Zac are still concerned about Evie and Tank. As they’re discussing things, Hunter walks in and asks if he can stay with them because Charlotte wants them to leave the bay. Zac goes to see Charlotte and find out what’s going on – she’s frantic, and tells him that she’s scared. When he asks what’s happened, she makes excuses and just tells him that she’s worried that moving to the bay was a mistake and that it’s just things adding up, but Zac isn’t fooled, telling her he knows something must have happened for her to get this freaked out.

He tells her that she and Hunter are part of the family and she agrees to stay. However, as soon as he leaves, she continues to pack. When Hunter gets back, he finds her still preparing to leave, and asks her what kind of trouble she’s in. Charlotte says she can’t tell him and pleads with him to go with her.

Meanwhile, the mystery man calls someone to update them on what happened with Charlotte.