A sick Alf is determined to be by Roo’s side as her life hangs in the balance. A determined Kat makes progress in the case, but Ash wants her to spend more time at home. Nate looks for a new job. 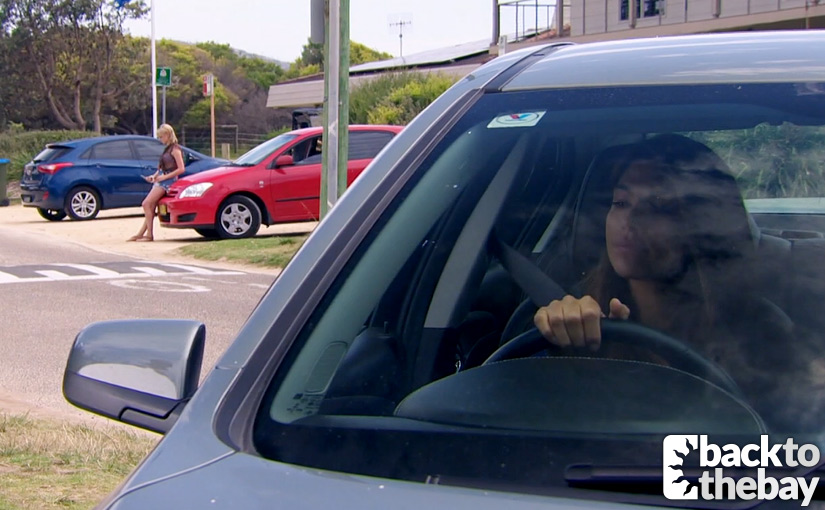 Kat, in plain clothes, is sat in the surf club car park watching Lena, who is waiting by her own car. Another car draws up and Lena goes to speak to the occupant. Kat films them with her phone, then calls McCarthy and gives him an update. He tells her to let Stevenson know the other car’s number plate. Lena drives off and Kat follows her. The occupant of the other car, who turns out to be Zannis, calls someone to say Justin put the police on Lena so they know who to blame if they come after him. 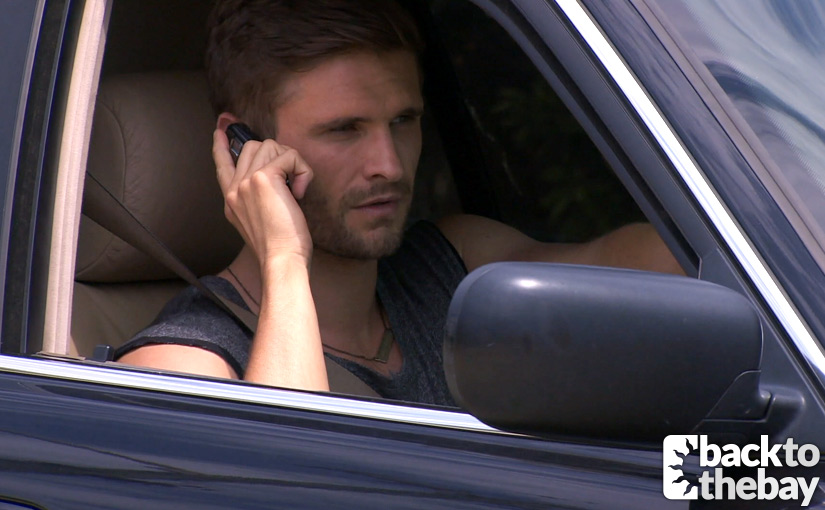 Meanwhile, Brody is at Scarlett’s house. He calls out to her and tries to get himself a drink of water but his hand is shaking and he ends up spilling it. He goes to phone Zannis but Scarlett interrupts him. She says he’s been clean three days so the withdrawals will get worse. Brody denies having withdrawals, saying he’s just ill. Scarlett goes to have a shower. 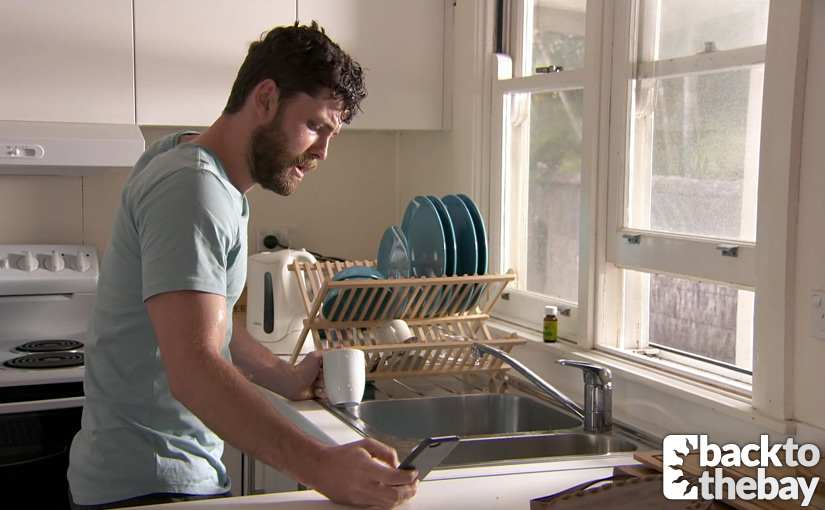 Nate is continuing to look after Alf at the hospital, with Leah with him. Nate checks over the results and says it isn’t a heart attack but the stress has exacerbated a viral infection, causing the breathlessness. Tori comes in and tells them that Roo made it to theatre but has had to have two blood transfusions so far. Later, Leah returns to the room and Sarah tells her that Alf is being discharged. Tori comes back and tells them that Roo is out of theatre and in ICU, in a serious but stable condition. Alf wants to stay the night with her. Tori isn’t keen but Nate thinks it could help him. Leah offers to stay as well but Alf tells her to go home. Nate shows Alf to Roo’s room. 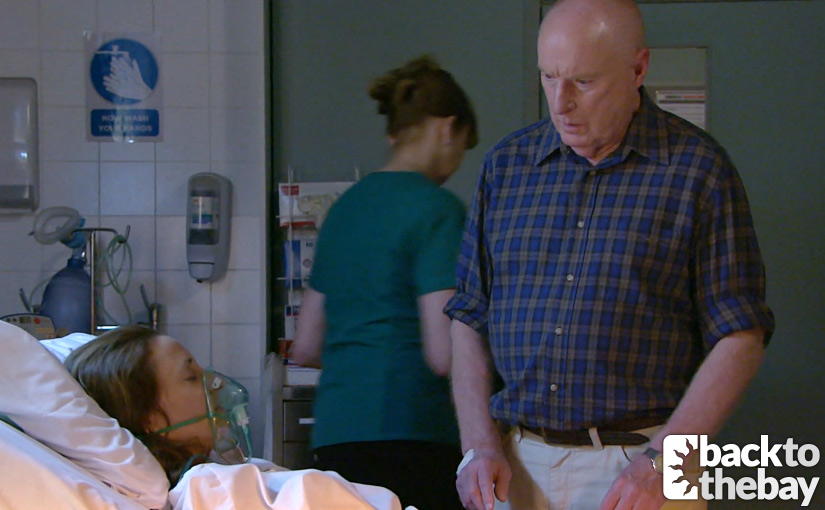 Kat arrives back at the police station and tells McCarthy Lena simply went home and stayed there. McCarthy tells her the car she saw has been identified as Zannis’ but he doesn’t have a record. Kat thinks he’s dodgy and wants to put a watch on his house. McCarthy says they’ll go there in the morning with a search warrant. He not only sends her home but tells her she can have most of the next day off to make up for coming in. Kat goes to meet Ash at the Diner and complains about McCarthy sending her home when they were on the verge of cracking the case. Ash agrees with him though and asks Kat to look after Luc the next day while he works at the garage.

Scarlett is on the phone to Tori. She asks Brody to talk to her but Brody makes an excuse. Scarlett leaves the room, still on the phone. Brody begins to hear noises, scratching and rattling, coming from another room and a woman’s voice calling out, calling him Bart. He goes to the bedroom but Scarlett interrupts him and advises he go to bed. Meanwhile, Nate and Tori arrive back at the Morgan house. Tori is impressed with Nate’s actions but Nate is despondent since Roo still lost the baby. Tori thinks he has good instincts as a doctor and should be practising, offering to help him find a job. Nate doesn’t seem keen to discuss it and decides to head home, declining Tori’s offer to stay over.

Next morning, Brody wakes up. He hears noises again and sees the door of the wardrobe rattling. He pulls it open but there is nothing there…until an arm comes out and strokes his face. 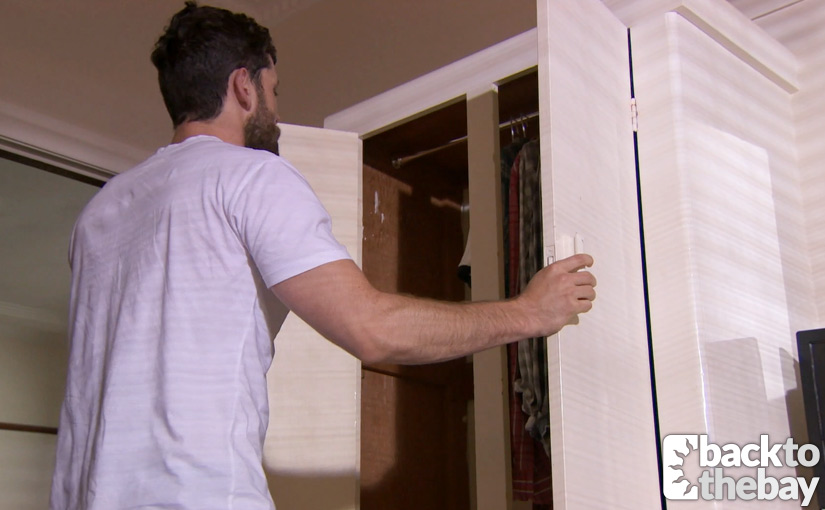 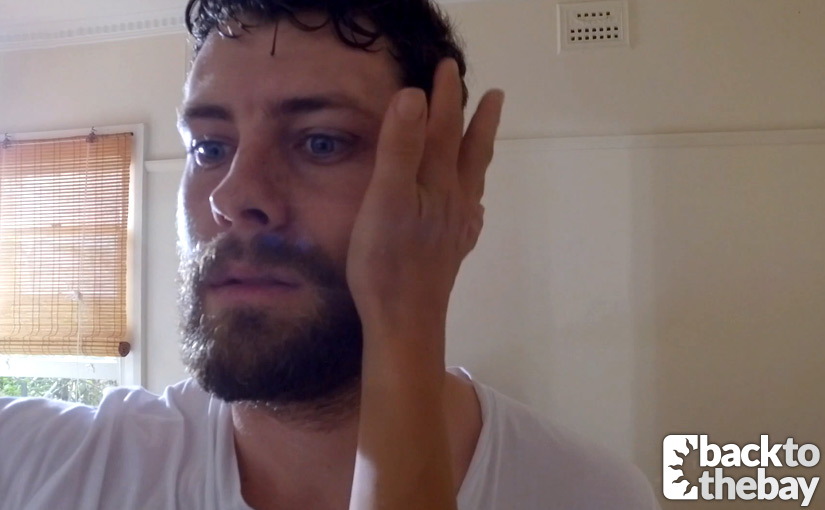 Scarlett enters, ending the hallucination, and a flustered Brody says he needs to get out. Later, Brody is standing in front of the sea in his bathing trunks while Scarlett watches him from a short distance away. Tori approaches her and asks about Brody’s progress. Scarlett says that he’s snapping at her less. Tori goes over to Brody who again denies that he is detoxing. Despite being abrupt with her, he tells her to pat Buddy for him and say hi to Mason and Raffy. 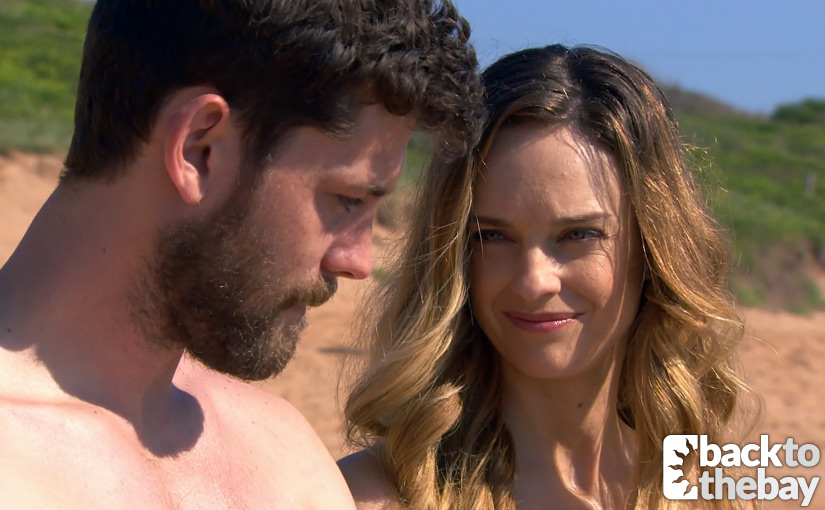 Nate is looking up jobs on his phone at the Diner. Ash comes in with Luc, looking for Kat, who is late taking her. Kat and Murray are in the surf club car park when Kat receives a text from Ash. Kat sees Zannis in his car, handing a packet to someone in exchange for money. Kat calls McCarthy to tell him she’s seen Zannis doing a deal and ask for back up. Zannis reverses his car out and Kat stands in front of it, telling him to stop. Zannis accelerates and Kat has to dive out of the way. 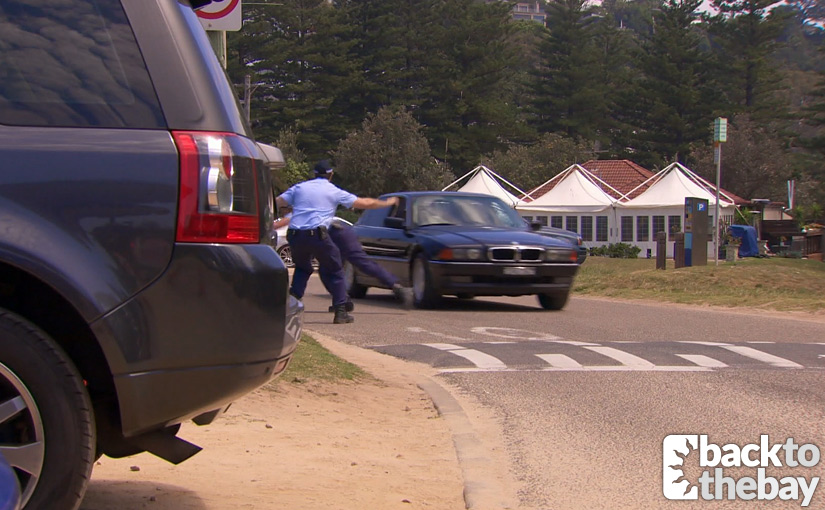 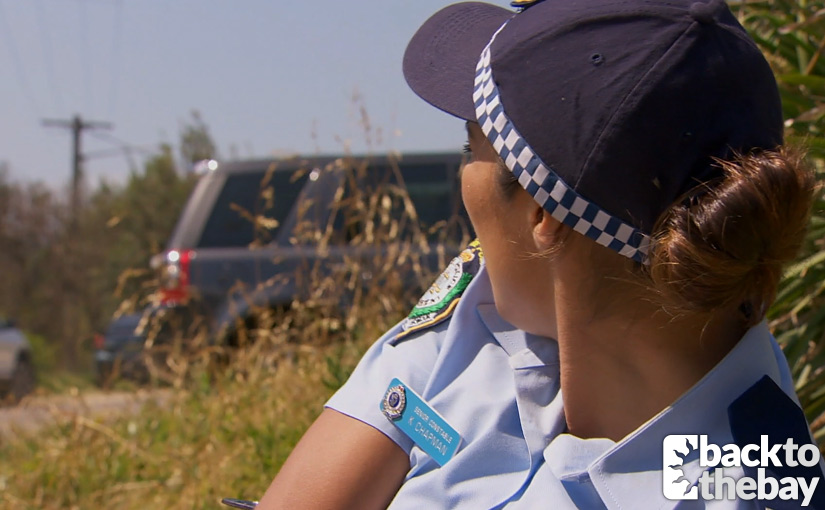 Later, she is patched up by an ambulance officer for a sprain. McCarthy tells her they found a meth lab at Zannis’ house but no sign of him. He compliments her on her instincts. Ash arrives and wonders what’s going on.

At the Diner, Kat gushes to Ash about shutting down the meths lab and expresses her disappointment that Zannis got away. Ash has other priorities however: He’s annoyed that Kat put herself in danger, saying she has other responsibilities now and needs to think about how it would affect him and Luc if anything happened to her. Even though she has to go and write a report, he leaves Luc with her. Shortly after, Kat is rocking Luc’s pram at the station while writing the report. McCarthy quips that if Murray knew she was there he’d want to adopt her. He asks Kat if she’s considered going for detective, saying that if she cracks the case he’ll recommend her.

Alf wakes up to find Leah putting some flowers in a vase; she says she came in to bring some things. She offers to stay but Alf tells her to go. After she’s gone, Roo wakes up. She asks Alf about the baby. Alf tells her it’s “gone”. Roo looks devastated. 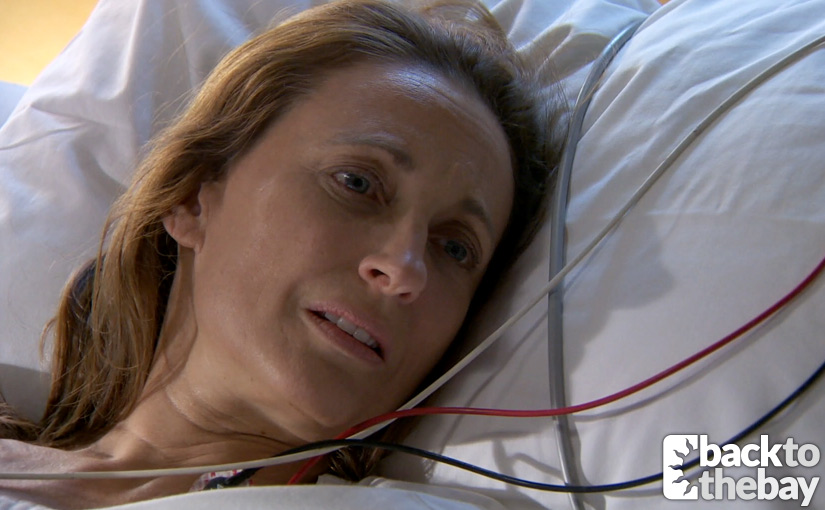 Meanwhile, Brody and Scarlett arrive back at the house. Brody continues to be in denial about his condition, saying he just needs sleep. Scarlett goes to the kitchen and Brody sees his mother Kate offering to make him food. 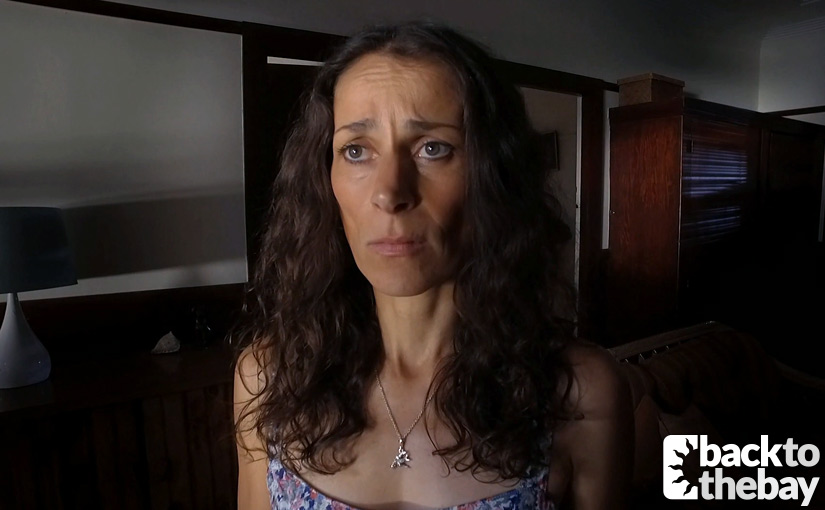 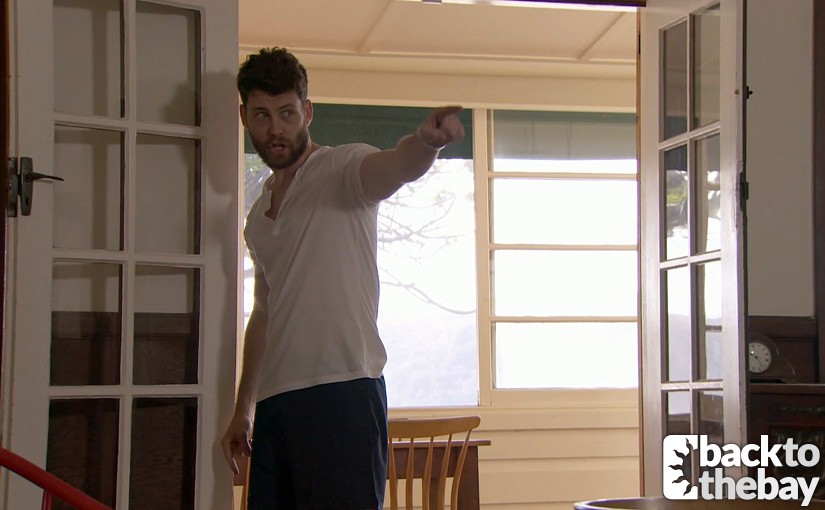 Scarlett comes back in and tries to tell him no-one’s there but Brody can see Kate staring at him. Scarlett goes to make a phone call and Brody bolts. Scarlett dashes outside but can see no sign of him.

Roo Stewart suffers a miscarriage (after a ruptured ectopic pregnancy at 9 weeks).