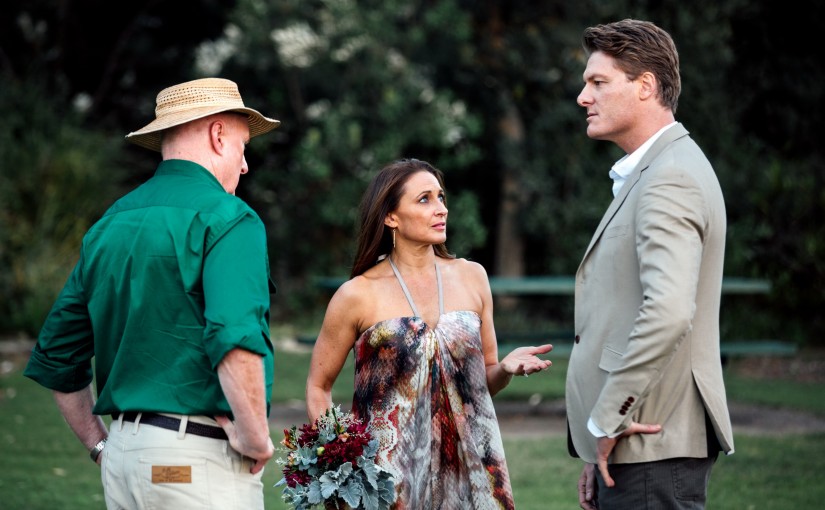 Roo deals with the fallout of nearly marrying James without inviting Maddy and Alf.

Alf reveals that there is no record of him on staff at the Blue Mountains Hospital, so his identity must be a lie. 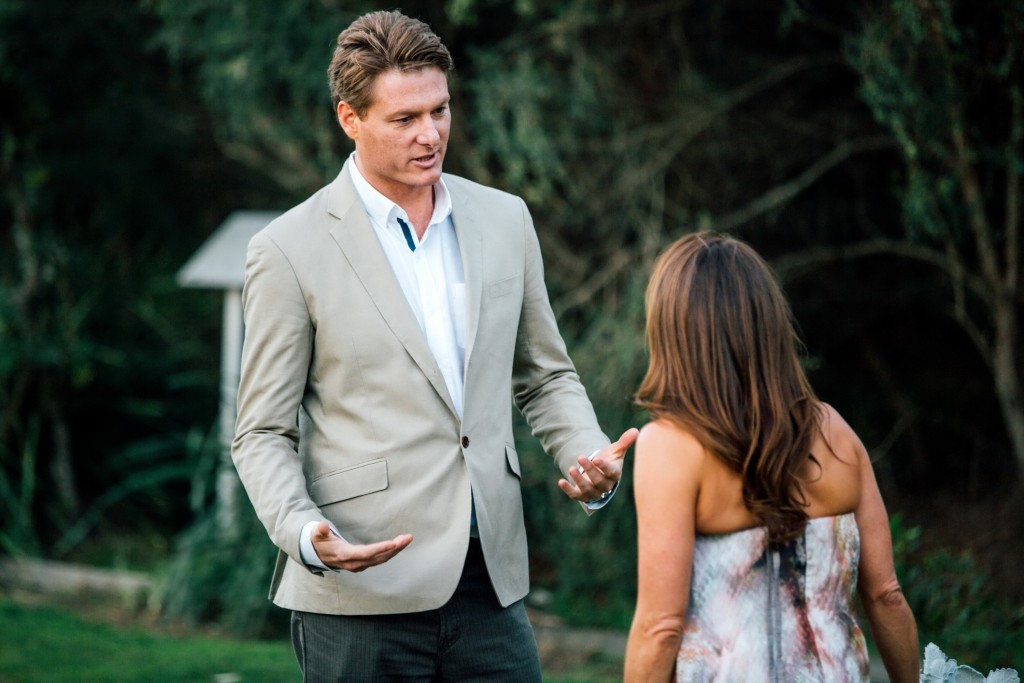 James tries to explain himself to Rue, but she can’t marry him today!

However, James explains there being no record of him on staff due to him using his middle name. Alf tries to protest but Roo tells him to stop and storms off upset. James follows her.

Roo tells James that she can’t get married after that, not straight away, she needs to make things with with Alf. Irene talks to Alf, and tries to reason with him about James. Moments later, James comes in to collect a takeaway and tells Alf that he ruined Roo’s day.

Preparations for Maddy’s party are underway, and Oscar asks Evie if she’s okay after breaking up with Tank. Evie keeps the sharade up, and tells him that she’s fine. When Leah gets home, Oscar, Evie and VJ ask her to talk to Alf about them throwing Maddy’s party at the house, and when she calls him, he agrees. Game on.

Maddy comes in and Evie wishes her happy birthday, convincingly pretending that there is nothing else planned. However, the secret is promptly ruined by Chris who gives away the surprise. Moments later, he also gives away that Roo and James almost got married the previous day.

When Roo and James arrive, Maddy asks Roo to talk to her outside, and is very upset that Roo would get married without her or Alf. Back at home, Maddy finds out that Alf is at least as upset about the whole thing as she is. She goes to find Roo again, who apologises, saying it didn’t feel right without them. Maddy still thinks that Roo would have gone through with things if Alf hadn’t interrupted, and tells Roo that Alf is really upset, giving Roo an attack of conscionse. She  talks to Alf and apologises for trying to get married without him.

John has a surprise for Marilyn – DOCS have approved them as foster parents. However, Marilyn doesn’t seem overjoyed. She talks to Irene about it and confesses that she’s changed, and feels that she has so much more to do with her life, meaning she isn’t ready to foster. She plucks up the courage to talk to John, but as she enthuses about traveling, John isn’t convinced. Later, John tells Marilyn that he doesn’t want to travel, he wants to stay where he belongs, at home in the bay.

Evie sneaks off to meet Tank. When he asks what she’s up to that night she tells him that she has to go to Maddy’s party, but says she’ll try to leave early to meet back up with him.

Oscar leads Maddy to the surprise party with his hands over her eyes. Oscar gives Maddy her present: a tasteless gold bracelet; and Maddy is forced to act as though she loves it, as everyone can see that he’s spent a lot of money on it.

Evie tries to leave but Maddy begs her to stay, so she texts Tank and cancelles, prompting an angry response back. Just as Oscar brings out a big cake Tank turns up with lots of mates, aggressively gatecrashing the party…