Denny mourns Casey on the anniversary of his death. Ash finds out Phoebe thinks Kyle would make the better baby daddy. Ricky and Nate confess their feelings.

Ricky spots Kat and Nate having a stilted conversation on the beach in the aftermath of their breakup. Later, Ricky bumps into Kat at the diner. Kat is acting cold, and when Ricky apologises for the trouble that Nate got into, Kat reveals that the two of them broke up.

Soon after, Ricky finds Nate swimming. They talk about the situation with Kyle and Ash, and Ricky tells Nate that she knows about the breakup, and hopes the issues with Kyle didn’t cause it. Nate tells her that there’s more to it than that… There’s tension in the air, so Ricky quickly says that she had better go.

Kat slams into the house in a bad mood – and tries to vent to Denny, but Denny isn’t in the mood to listen to any more problems and leaves, barely saying a word. Not long after, Nate and Kat share a sad moment when Nate gies her back a bag of things she left at his house. 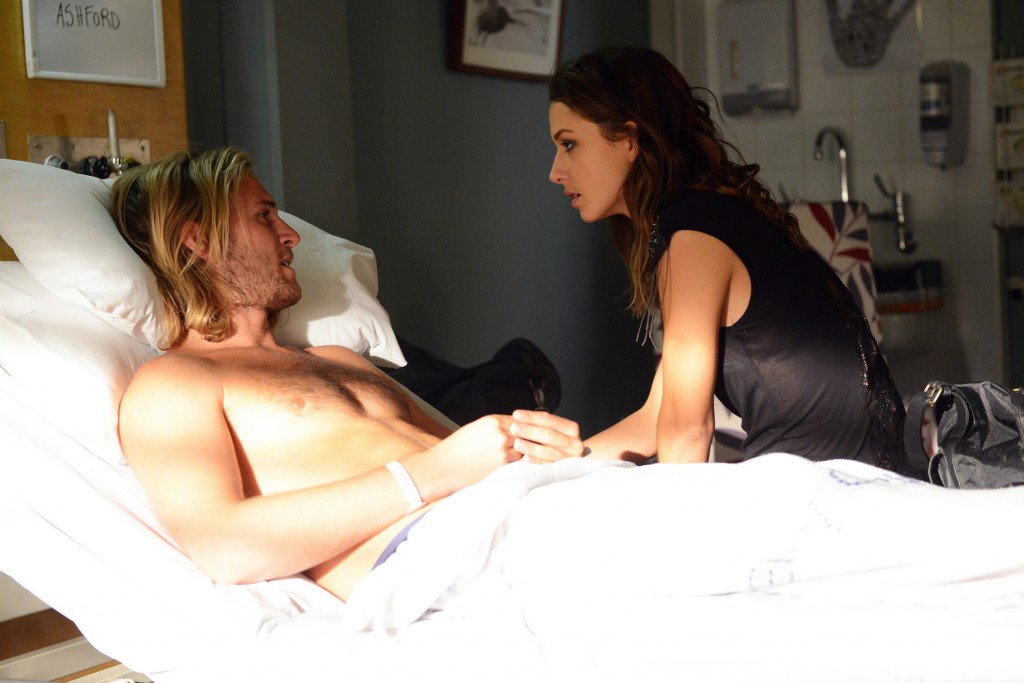 Kyle watches the closeness between Ash and Phoebe when she comes to visit them at the hospital. When she has to leave for her blood test, Kyle offers to accompany her, leaving ash alone. 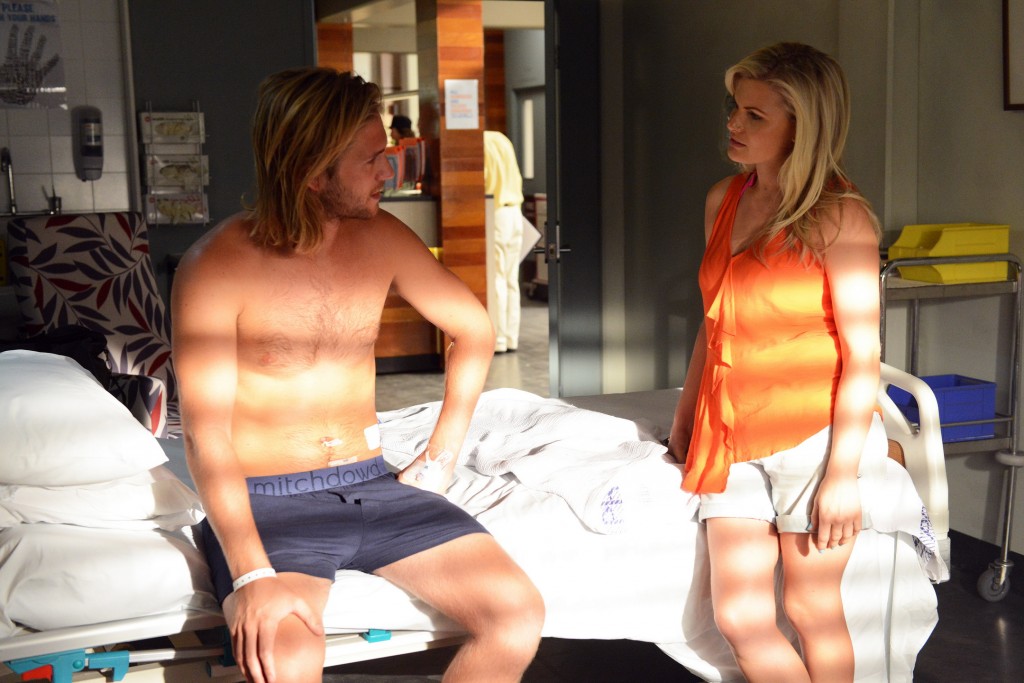 Later, Ricky visit Ash, and finds him trying to move around. He expresses that he feels pushed out, and when Ricky tries to comfort him by saying that Kyle loves babies, Ash quickly realises that Phoebe has said that she thinks Kyle would make the better father.

Denny comes to visit Kyle as Phoebe is leaving to visit Ash again. Denny asks Kyle if he and Ricky are planning anything today, and Kyle is confused. Kyle is surprised when Denny walks off, almost in tears. Back in the hospital Phoebe, is cheerfully talking Ash but he’s sullen. When Phoebe asks what’s wrong he tells her everything is, and reveals that he knows she thinks Kyle would be a better father. Phoebe tries to have a conversation about it but Ash tells her to go.

Ricky checks that Kyle is taking it easy, and he tells her that Denny came round in a strange mood, and left upset. Ricky tries to think what the significance of the day is, and eventually realises that it’s a year since Casey’s death. Denny sits on the beach, looking at her engagement ring and photos of Casey, as Ricky walks up. She comforts Denny, saying that she misses Casey and Brax too, but that they’d want her to make the most of her life.

Phoebe drops off Kyle’s prescription and he asks what’s wrong. Phoebe tells him about the fight with Ash. Kyle is happy to hear that Phoebe thinks he’d be a great dad, and comforts her. He later goes to see Ash and reassures him that he isn’t going to make a move on Phoebe.

Kat gets home to find Denny at her laptop and asks if she’s okay. Denny tells her about Casey, and says that she’s making plans to travel to Europe. Kat makes a spur of the moment decision and asks to go too, leaving Denny super excited at the prospect of having a travel buddy.

Nate drops by to see Kyle, and finds Ricky home alone. She confesses to him that she constantly wonders about what would have happened if she’d chosen Nate  over Brax. She regrets saying anything, but Nate tells her that he’s never stopped loving her. Ricky tells him that it’s too soon, he’s only just broken up with Kat, and tells him to leave. However, as Ricky is wondering whether she’s made the right decision sending him away, Nate quickly returns, and the pair soon end up in each other’s arms.