Charlotte admits to Andy that she still loves Zac. Leah and Zac’s relationship is at breaking point because of Hunter. Phoebe admits to Ricky she believes Kyle would be the better father

Leah and Zac agree to have dinner together, as Zac is busy spending time with Hunter during the day. Leah pretends to be fine, but is secretly unsettled with how things are going between them. Later, Leah observes the bond between Zac and Hunter growing as she sees the two of them playing together on the beach.

At the beach, Hunter is loving spending time with Zac and suggests they get dinner after a swim. Zac says he can’t; he’s made plans with Leah. Hunter’s visibly disappointed, and later, as Zac calls for Hunter to come to shore, Hunter decides to pretend he’s having trouble in the water and Zac runs in to save him.

Soon after Zac picks Hunter up from Charlotte’s house, Andy arrives to catch up with Charlotte, and is pretty sure the big smile on her face isn’t about him. The pair end up having the most boring time together, and Charlotte finally speaks up, telling him it isn’t working. Andy is in agreement – he admits it’s been fun but maybe it was too soon after Hannah for him. Plus he knows she still has feelings for Zac. Charlotte denies it, saying it’s been 16 years, but Andy gets the truth out of her when he tells her he knows she was smiling over him earlier, and Charlotte confides that she doesn’t think she ever stopped loving Zac.

After rescuing Hunter, Zac brings him back to Charlotte’s, and Hunter assures her that he’s fine, he didn’t swallow that much water. Charlotte thanks Zac, pulling him into a hug, but Zac has to quickly run off, already late to meet Leah. Andy, well aware of the closeness between them, asks Charlotte just how long she can keep hiding that she’s into Zac. Charlotte insists Zac’s with Leah and that’s the end of it.

When Zac arrives home to Leah, she’s initially annoyed until Zac explains Hunter’s near drowning. She’s concerned, but this turns to suspicion when Zac says he’s fine and he didn’t want to go to the hospital. When Leah admits she suspects Hunter was faking it, Zac is incredulous – he believes Leah keeps jumping to the same conclusions and can’t believe the issue with the brakes hasn’t taught Leah anything. He storms out leaving Leah upset.

Later that evening, Charlotte is smiling while looking through old photos of her and Zac. Meanwhile, Zac is at the Diner, alone, wondering what to do about his relationship falling apart. 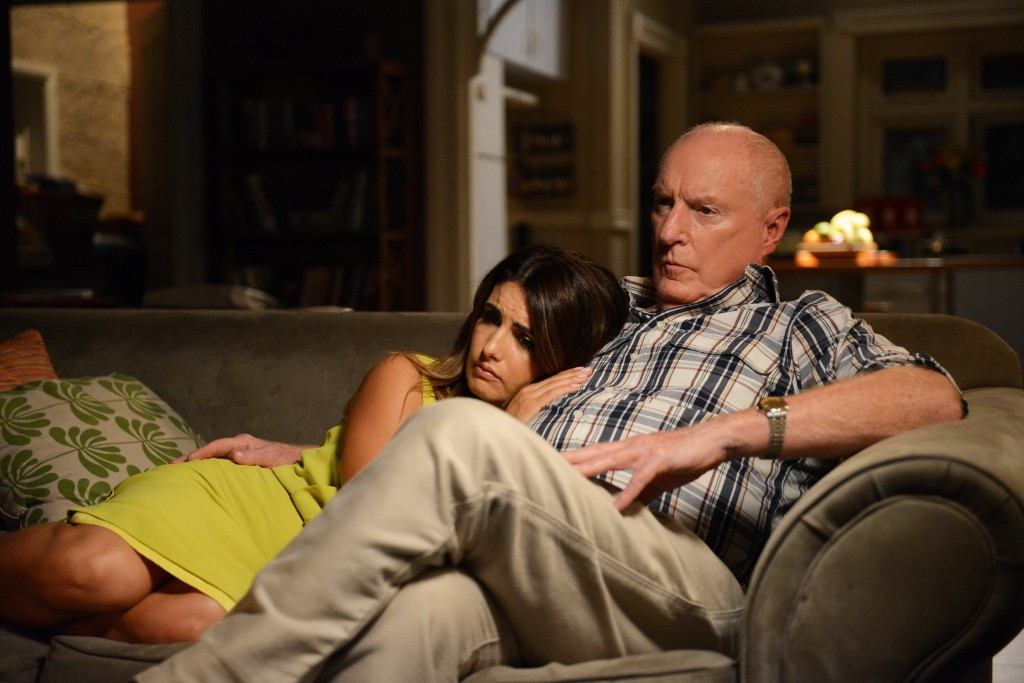 At home, Leah debriefs with Alf, upset at how Zac is doing everything she asked for but it’s making things worse – she’s losing him.

At the hospital, Pheobe begins to stress out as she and Ricky impatiently wait for news. Ricky says she needs to go pick up Casey and suggests Phoebe comes too, gets some fresh air. She’s reluctant but agrees. They talk about Phoebe’s baby and its mystery paternity, and Ricky surmises that at least Phoebe’s has two good choices for potential dad.

However, Phoebe confesses that she thinks there’s one better choice as far as being a father – Kyle. She’s adamant she wants to be with Ash, but believes that Kyle would be the better father. She’s worried that with her and Ash as parents, the kid will have its work cut out! She knows that Ash isn’t keen on the idea of having a baby, and she doesn’t blame him. Phoebe gets a call – the guys are out of surgery. Everything went smoothly and both of them are recovering.

Marilyn shows John an ad in the paper for a new Bus Tender for the school. She suggests John goes for the job, and he’s intrigued until he sees he would have to apply to principal Greg Snelgrove – telling Marilyn he’s never sitting across from that man again! Later at the diner, Marilyn gives John and Alf the good news that DOCS are sending round someone tomorrow to talk about her and John’s application to be foster parents!

Marilyn says this means John needs to get cracking on getting the Bus Tender, as DOCS want a financial statement. John says they’re fine without it, but Marilyn thinks it would look better for their application if they had a bit more money coming in. Alf jumps in; John’s crazy to turn down work. Who cares if it’s from someone you don’t get along with? Feeling ganged up on, John heads out saying he’ll consider it.

Later, John is digging his heels in, again telling Marilyn he doesn’t want to deal with Snelgrove on a regular basis. So Marilyn tries a different tactic, saying she’ll have the conversation with Greg then… perhaps over a drink. As Marilyn prepares to head out to meet Greg, a jealous John quickly changes his mind and says he’ll do it!