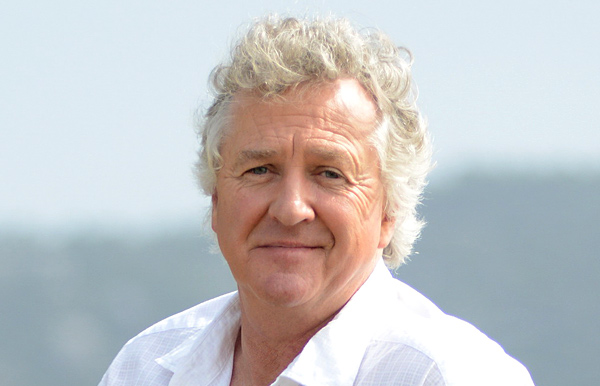 Olivia admits to Irene that she got suspended from her school in London. Her Uncle James thought some time away from the UK would do her good, but she’s hoping she can stay permanently. However, Irene later chats to James and discovers Olivia wasn’t sent to Australia – she stole his credit card and paid for her flight without him knowing. Irene tries to be angry, but is overcome as Olivia is so happy that she can stay.

Irene rushes to the vow renewal, leaving Olivia. Olivia goes to see VJ, and walks around looking at photos, imagining her mum would have known many of the people. She flirts with VJ, smashing a piece of cake into his face, and the two continue to get on very well. He tries to persuade her to come to the vow renewal with him, but instead Olivia convinces him not to go at all. Instead, she convinces him to let her drive Leah’s car, telling her she’ll make it worth his while.

Nate arrives back early from his conference, and he and Ricky discuss how they should go to John and Marilyn’s vow renewal separately, so as not to hurt Kat’s feelings. However, once they talk about spending more time together, Nate suggests they stop hiding their relationship, as Kat already knows, and they agree to go together.

Kat is hungover, and despite Phoebe’s best efforts, all she wants to do is stay home and wallow. John arrives while Kat is in the shower, and asks Phoebe to sing a different song at the vow renewal, which doesn’t go down too well. As she goes off to work, she asks Ash to keep an eye on Kat – who soon has to try and calm her as she pours herself a large glass of vodka. When he tells Phoebe how badly Kat is doing, he’s overheard by Ricky, who feels terrible for how much she’s hurt Kat. Phoebe bumps into Nate and asks him to go to the house to intervene – but by the time he’s got to the house, Kat is so far gone that she’s smashed a glass and passed out on the couch. He puts a blanket over her and pours the vodka away.

Marilyn is getting panicky before the renewal, thinking everything’s going wrong. John, meanwhile, is calm and hasn’t picked up on Marilyn’s worries, and when he offers to help, she sends him away. Later, Roo and Leah come round, and when John walks in to tell her Jett can’t come, it’s all too much, and she says they’re calling it off!

John manages to talk Marilyn round, but when she’s alone, Leah asks Marilyn if she’s okay. She confesses she’s unsure she wants go through with it, but is talking herself into it. Finally, once she calms, the ceremony begins and Marilyn walks down the asile. However, when the celebrant asks if they’re ready to renew their vows, Marilyn says no, rushing off!