Time to bring back the Jukebox! Who else agrees? Maybe we can also have the credits start with a character/characters in the diner putting a coin in the jukebox and choosing a song, the characters alw

I wonder if there's any way of contacting him to see if you would sell a compilation of his work on home and away. Like a cd or something. Or I suppose the rights might be owned by the show itself. So 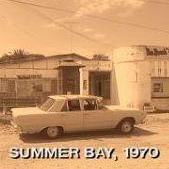 True, and most of the songs were played on both shows. A lot of them were very catchy and stuck in my head. The H&A soundtracks in the 90s provided some of them, and thanks to the Internet I've ma