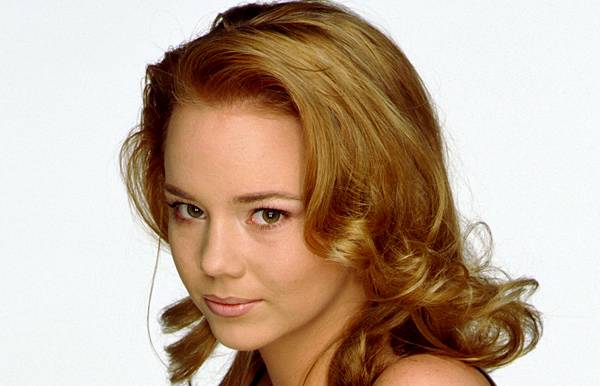 Gypsy got a bit of a culture shock when coming to Summer Bay for the very first time from a hip city like Hong Kong. All seemed to be so extremely provincial, no trendy shops, no choice as for the latest releases just a village to be seen once in a lifetime and then to be forgotten for good.

Gypsy managed to adapt her life somehow to the place of beaches and sunshine all year and even managed to get hold of a boyfriend in Will Smith.

But school was as provincial as everyone thought hence dodgy drug deals were going on in which unimportant side characters like Harry and Lillian were involved and Gypsy had to opt for what to do. Norwegian and Belgian viewers will or have already seen this storyline in mid 2000.

One of the dullest things Gypsy’s ever done was letting this “tutor” Robert Perez into her life hence he got this vendetta thing against Joel Nash going on. Tom sussed out and Justine eventually told Bec and Travis and Travis again while jogging with Joel that Perez was no stranger to Gypsy and that they even had met before. Perez nearly managed to extinguish Gypsy’s family when abducting Joel, setting the Nash’s house on fire and abducting Gypsy to this God damned cellar and making her watch digging her grave through the iron bars before he came back to set the place on fire. Gypsy went through loads of traumas afterwards, never-ending counselling for starters. Then she had been being so apathetic for quite a while that she even was hit by a netball straight into her face without noticing also being caused by the booze she went for.

Gypsy managed to get rid of her drinking problem eventually but another setback was when Will was showing his true colours when presuming Gypsy might be pregnant.

Lovebirds caught out!! Big shock for both of them and Gypsy felt conned again!

This stowaway Mitch seemed to be a convenient outlet for all her desires but the whole thing backfired when finally being spread around and certain people were hurting for a long time and Gypsy managed to be the person non grata number 1 in Summer Bay. Year 2000 didn’t start out very favourable for Gypsy but Gypsy’s year 2000 nightmares ought to come to a happy-ending eventually. Gypsy went through a sort of chain reaction as for the 2000 season of HandA. First of all she didn’t become school captain hence Mrs Ackroyd, Summer Bay’s headmistress from Heaven did presume that a man-eater like Gypsy would not me a good role model for the other students. She got herself into shoplifting and spraying swastikas onto Mrs Ackroyd’s car just as a payback for the world around her “hating” and “mistrusting” her. Gypsy had been hurting for quite a while. She even managed to re-conquer Will but this cloud number 9 stuff didn’t last very long. Everybody started badmouthing her for being Summer Bay’s slut number 1 and side character Claire Rogers even conned her into a catfight opening the door to Mrs Ackroyd’s office and detention. But no fire without a sparkle, Gypsy had this Charlie-Richy-Rich thing going on taking her out in his expensive sports car and he even conned her back into drinking again.

Charlie didn’t mind drinking even when he was driving thus one day, after Gypsy has this traumatising caught-in-the-act thing as for ugly looking Glen and unhappily pregnant Natalie she walked out in tears MAYBE also contributing to this atrocious car accident of Charlie and Gypsy hence us viewers wasn’t showed how this accident exactly happened. One thing was for sure, Charlie wouldn’t survive this crash because of some non-predictable complications but Gypsy did recovered physically miraculously fast but not at all mentally. This Natalie-an-affair-stuff kept on nagging her and she found her outlet by making odd remarks in front of her dad, Joel Nash. Joel tried to talk her into counselling again but Gypsy was reluctant. Natalie and Gypsy seemed to have more in common at the very end of Nat’s stay in Summer Bay. Both went under the banner of man-eater and outcasts on their forehead but Natalie couldn’t keep quit anymore. She told Joel the naked truth but sussing out that Noel wouldn’t face this no-child-of-his thing Natalie decided to leave Summer Bay in a cab leaving a devastated Gypsy behind….