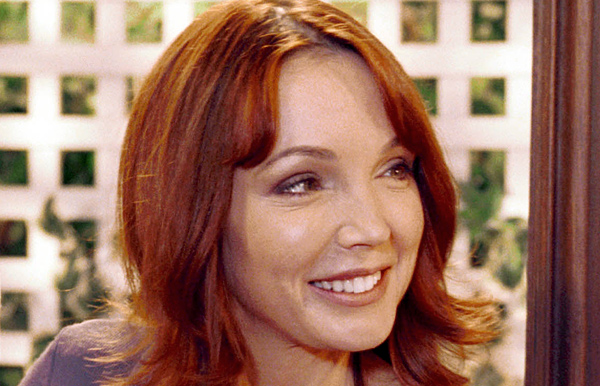 Natalie’s been through a lot of rough patches ever since she moved to the Bay. Her face changed completely after the first year on the shores of Summer Bay now wonder that she shrunk and her face looked younger and fresher over night. But let’s start right from the beginning with them sort of wretched arrival in the Bay not being welcomed by anyone but an empty house and then meeting Travis on the driveway after so many years away in Hong Kong by being insulted as the local pervert by Tom beloved brother of Joel, Travis Nash!

Natalie didn’t have very exciting problems to be solved in the first place only coping with her snobby stubborn daughter Gypsy and doing her gym stuff at school till Robert Perez the new local moron or let’s rather say renegade of sweet revenge popped out of the woodwork offering to tutor Gypsy and even to suck Natalie into his evil games by offering to compose crosswords for her. But Robert was caught out by Will and Tom which led to Gypsy’s ordeal and Joel’s abduction and a deliberately lit fire at the Nash’s house with Nat, Tom and Gypsy in it changing their lives forever. Nat held hostage by Robert managed miraculously to dial a number on the mobile under the cushion or so being Jessie’s and thus she was lucky to be released by the fake pizza man, the husband of hers, Joel. Robert’s attempt to get back on Joel because of his years he had to spend in prison led to a severe trauma of Gypsy.

Nat had to deal with Gypsy not being attentive at school even being hit by a netball because of being drunk. After Gypsy seemed the have overcome the trauma for good there were accusations of her of Jesse having an affair till Jesse and Gypsy were caught out by Joel and Nat. Tom being on the run with Justine because of the manslaughter court case wore Nat down big time and led to some relationship jeopardising arguments between Nat and Joel. And Tom’s affair with local policewoman Terry wasn’t healthy for Joel and Nat’s marriage either, one can tell!!!

Taking over the caravan park after Travis’ and Rebecca’s departure wasn’t easy either along with the burden of fostering Justine and then Peta! And the latest and hardest part of Nat’s roller coaster-life was her expecting a baby but not from Joel as it turned out but by long lost pal Glen when visiting her parents. Gypsy caught Nat in the act pashing around with her lover in one of the mall’s dinner, which partially caused Gypsy’s severe car crash with boozer Charlie who died afterwards in hospital. Gypsy was never able to forgive her mum but kept her mouth shut for the time being but always dropped sort of innuendo making the other wonder what’s up with her and Nat. Nat couldn’t stand the inner pain anymore and turned to Joel telling him the naked truth.

Joel couldn’t believe his ears when learning about the shocking facts and it a short but intensive disruption followed. Joel tried to give in eventually and all seemed to be smooth sailing again till he dropped a thoughtless remark on the to be born child and thus Nat decided in a helter-skelter way to leave the bay for good along with young Rachel in a cab. Nat won’t return anymore and we’ll never find out what her future will look like