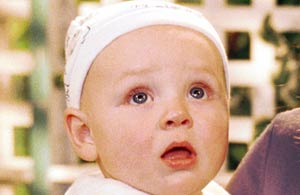 Early in 2000, Natalie Nash discovered she was pregnant. However Joel knew he had a low sperm count and it was soon discovered that Joel wasn’t the father, one of his old friends, Glen Tanner was. This revelation caused a break-up of the Nash family and Natalie left the bay pregnant.

However, when Joel broke his leg in the mudslide, Natalie returned to the bay with a newly-born Connor and soon they left all together. Connor, Natalie and Josh have lived in Queensland for the past 6 years.