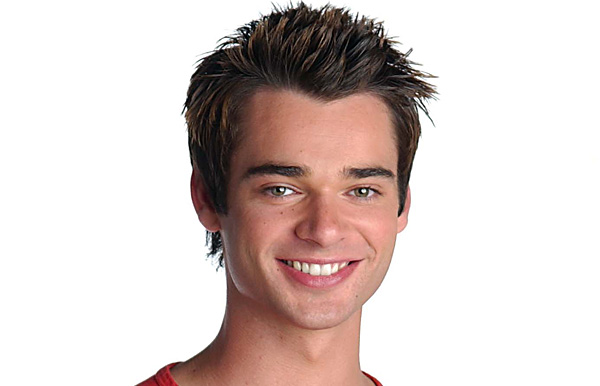 Josh arrived in Summer Bay at the end of 2001 with the rest of his schoolie friends. Whilst Rhys and Shelley were in the city with Brodie for Miles’ funeral, Josh became friendly with Kirsty and along with his friends they ended up trashing Summer Bay House. However, unlike his friends he came back after the party and helped the Sutherland’s clean up before Shelley and Rhys came back. However Rhys sat on a chair broken at the party and immediately threw Josh and his friends out of the caravan park.

Josh however had fallen in love with Summer Bay and whilst his friends headed back to the city Josh got a job as a lifeguard with Vinnie’s impending childhood, living in the back of his car. He also began flirting with Dani Sutherland.

Whilst on patrol Kirsty went out to rescue a drowning swimmer. However the swimmer began to panic, dragging Kirsty under and Josh had to rush out and rescue them both. After this Shelley allowed Josh to stay back in the caravan park.

Josh’s HSE results came through and whilst he wasn’t particularly interested in them his parents continually pressurised him into going to university and finally he relented and left Summer Bay. At the same time Dani Sutherland realised that she did indeed like Josh after all, but by the time she went to see him she was gone and it was too late. Whilst returning to his parents, Josh realised that what his parents wanted wasn’t for him and so he turned around and headed back towards Summer Bay where he waitered at Will and Gypsy’s wedding.

The next day Josh and Dani went on their first date and it looked like they might be about to start building a relationship. However Josh’s father turned up in town the next day wondering where Josh was and Dani found out what Josh had been born into and their relationship was sent back to step one. However Greg agreed to let Josh stay in Summer Bay and Josh ended up working on Alf’s boat as a deckhand.

After a couple of near-misses involving Alf and Don, Josh and Dani finally kissed on the Blaxland and there relationship started with Josh wining and dining Dani in his caravan. On the job side, Josh applied for the vacant head lifeguard position vacated by Vinnie, who had been sent to prison. Immediately before Alf and the committee, Josh got into an argument with Alf and quit his job on the boat. This only showed Alf how much Josh wanted the job and when the deciding vote fell to Alf, it fell Josh’s way.

Soon after Josh and Dani decided that they wanted to take their relationship a step further. However Dani was still haunted by memories of Kane and ran out. Josh tried to help Dani through this, but he did more harm than good, continously letting out steam when ever he saw Kane.

Josh and Dani were on the ill-fated Mirigini cruise, but both survived, being on one of the first lifeboat to be found. However, far from strengthening their relationship it began to fall apart with Josh unable to deal with what Kane had done to Dani. Josh was also one of the first in the bay to find out about about Kirsty and Kane’s relationship.

Unable to cope Josh decided to leave Summer Bay, but Flynn organised to take him camping and managed to convince Josh that it was worth staying in Summer Bay. Unfortunately for Josh when he returned to The Palace, where he had moved in with Hayley and Noah, his room had been taken by Aimee Cooper and he had to sleep in Hayley’s study. Fortunately Aimee soon left and he got his old room back.

Josh soon setting about winning Dani’s affections back, leaving her love poems at the drop-in centre and just trying to be an all round nice guy. However he had to fight, literally, not physically, with Alex and Leah’s brother Chris who had a short fling with Dani. However Josh soon got back together with Dani and they set about taking their relationship to the next level, despite the efforts of Alf and Colleen who were sickened by their lips constantly being stuck together.

Whilst this had been going on Josh had found out about Kirsty’s betrayal of her sisters trust by going out with Kane, but going along with the wishes of Dani’s parents, Josh had kept schtum about it. However when Dani found, she ran away from home following the news over to The Palace where Josh inadvertantly let it slip that he knew too. They were soon back together again after Dani acknowledged that it wasn’t really Josh’s fault that he had been unable to tell her the truth.

Josh’s mother returned to the bay around this time and wrote an article that threatened to bring Flynn’s career coming down around. Josh however helped talk his mother around and Flynn’s career was saved. Something Josh didn’t save however was Charlotte, who drowned in the sea just off the beach after Josh had been talking to Dani, rather than watching the beach, and Charlotte drowned.

Following this he began to realise that his calling in life wasn’t a lifeguards job and he set about acquiring properties.