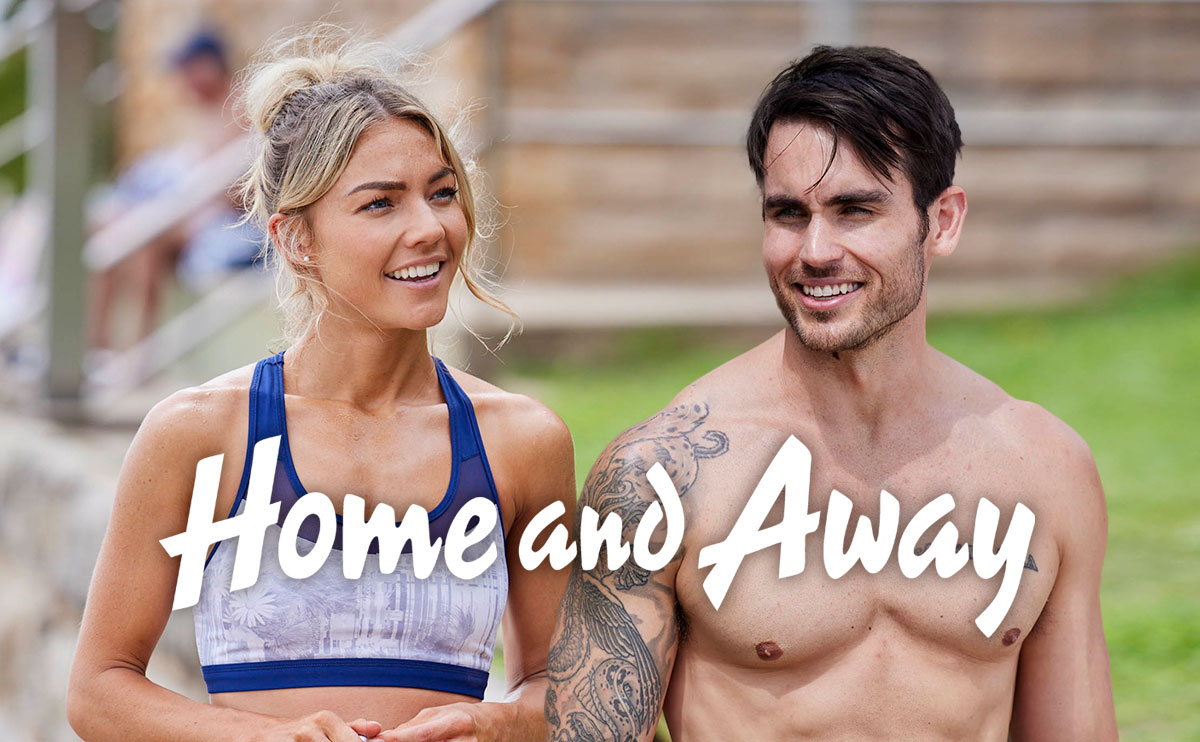 On next week’s Home and Away in the UK, Cash and Jasmine have caught each other’s eye, but he’s about to make a move which could put her off him for good.

Expect something a little special this week. These episodes aired as part of Home and Away’s mid-season finale in Australia, before the show took a two week break for the Olympics.

There’s extra drama, extra heartbreak, and a cliffhanger that’ll leave you on the edge of your seat. Thankfully, UK viewers only have to wait the weekend to see the aftermath, while Australian viewers had a tense two week wait. 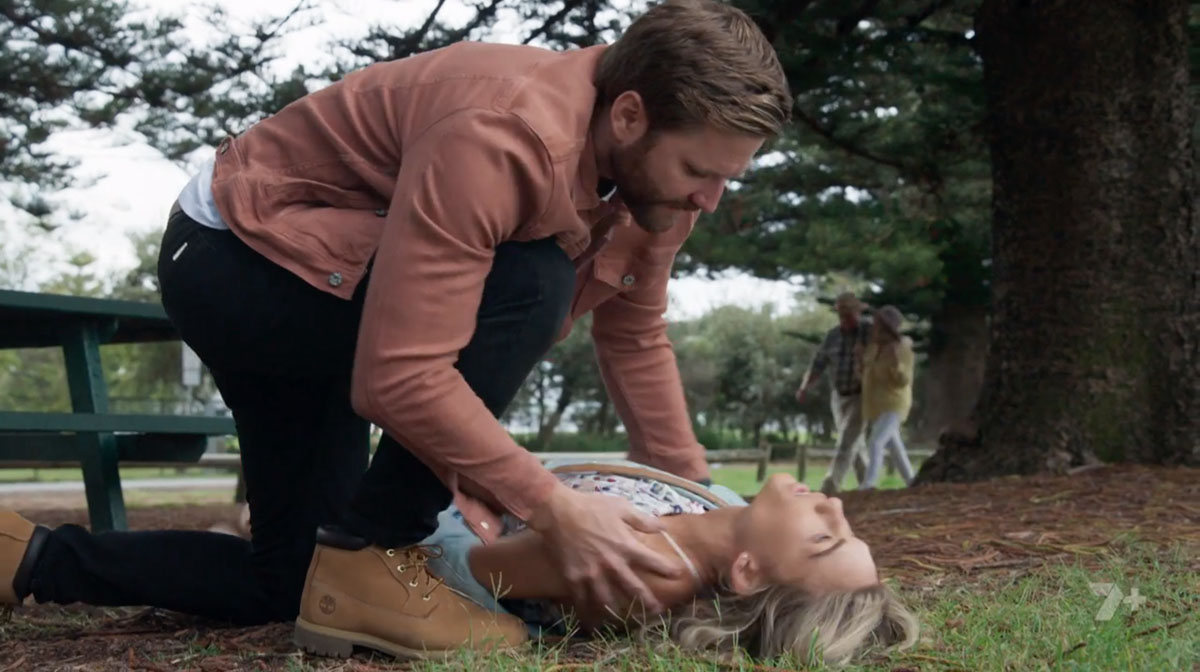 Cash (Nicholas Cartwright) and Jasmine (Sam Frost) had an interesting introduction to one another. Last week, Jasmine suffered a seizure and collapsed when she forgot to take her epilepsy medication during the search for Kieran (Rick Donald).

Alf (Ray Meagher) misinterpreted the situation, thinking that Kieran had somehow hurt or attacked Jasmine, and called Summer Bay’s new cop to the scene, where thankfully Jasmine quickly cleared up the confusion. 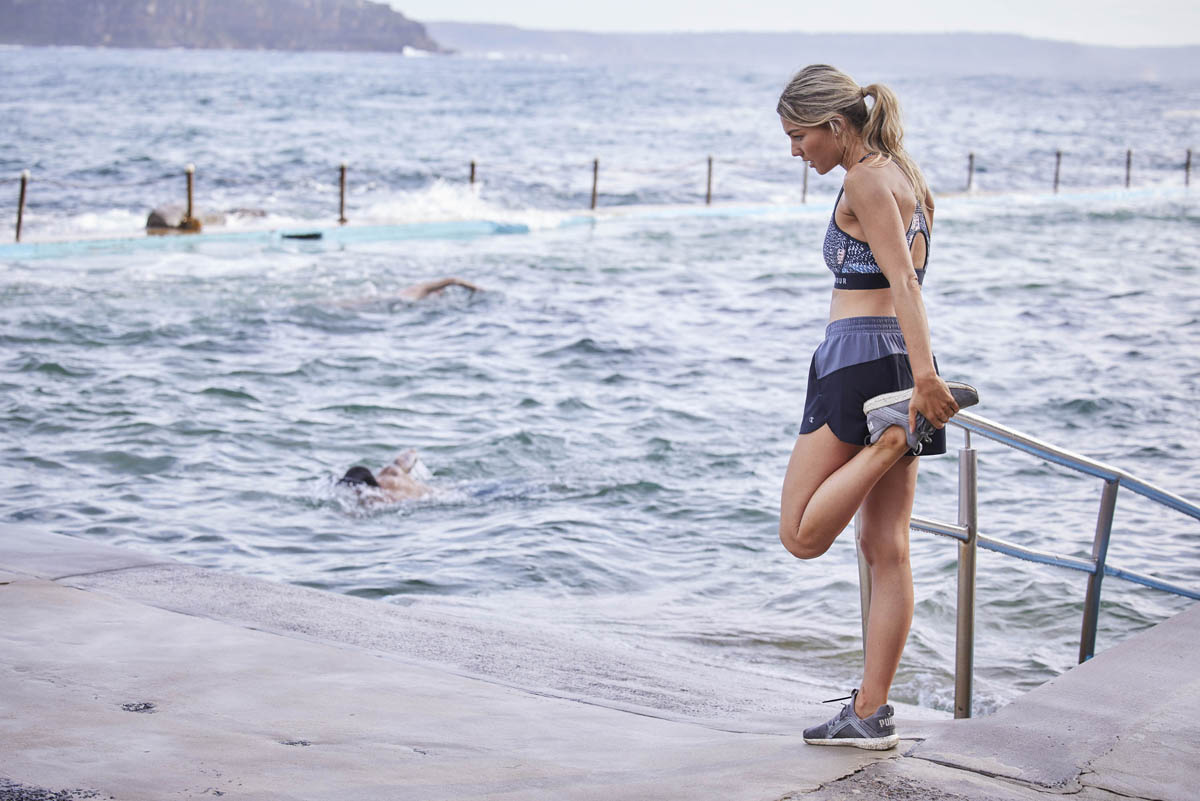 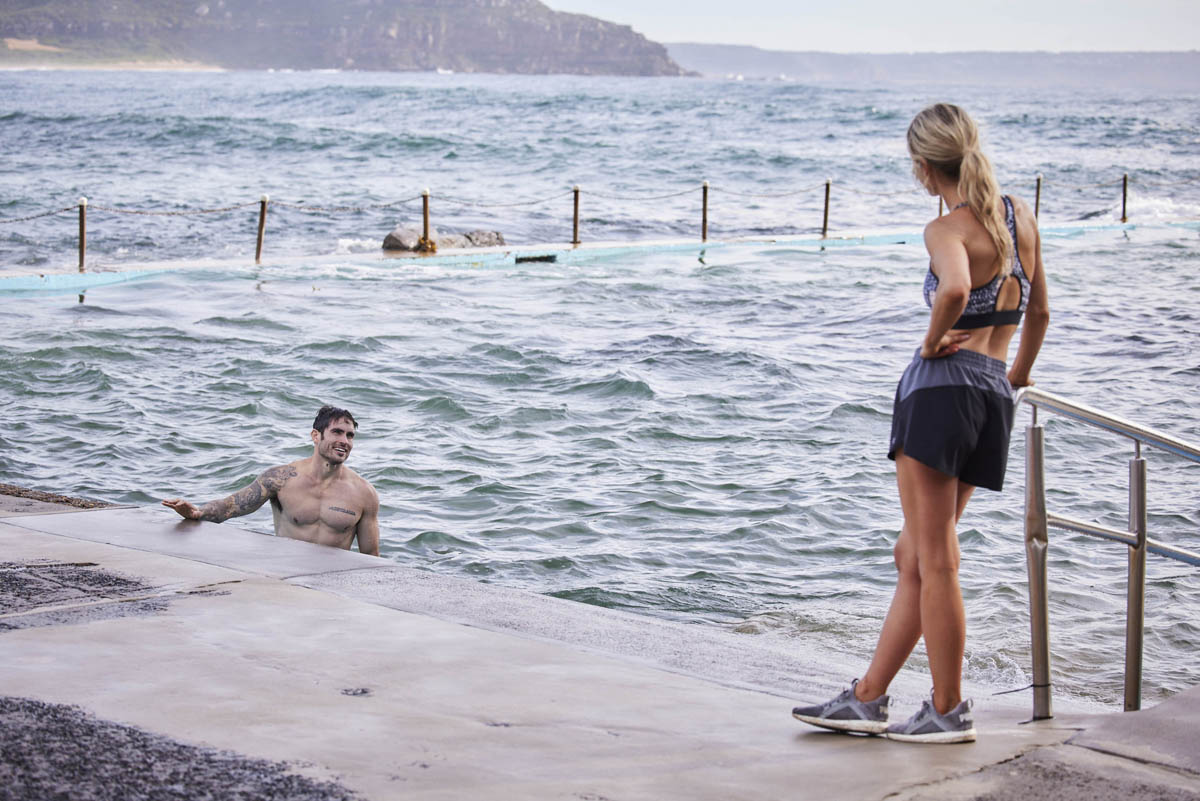 Next week, the two sporty young things catch each other’s attention as Jasmine jogs past the outdoor pool where Cash is enjoying a morning swim. 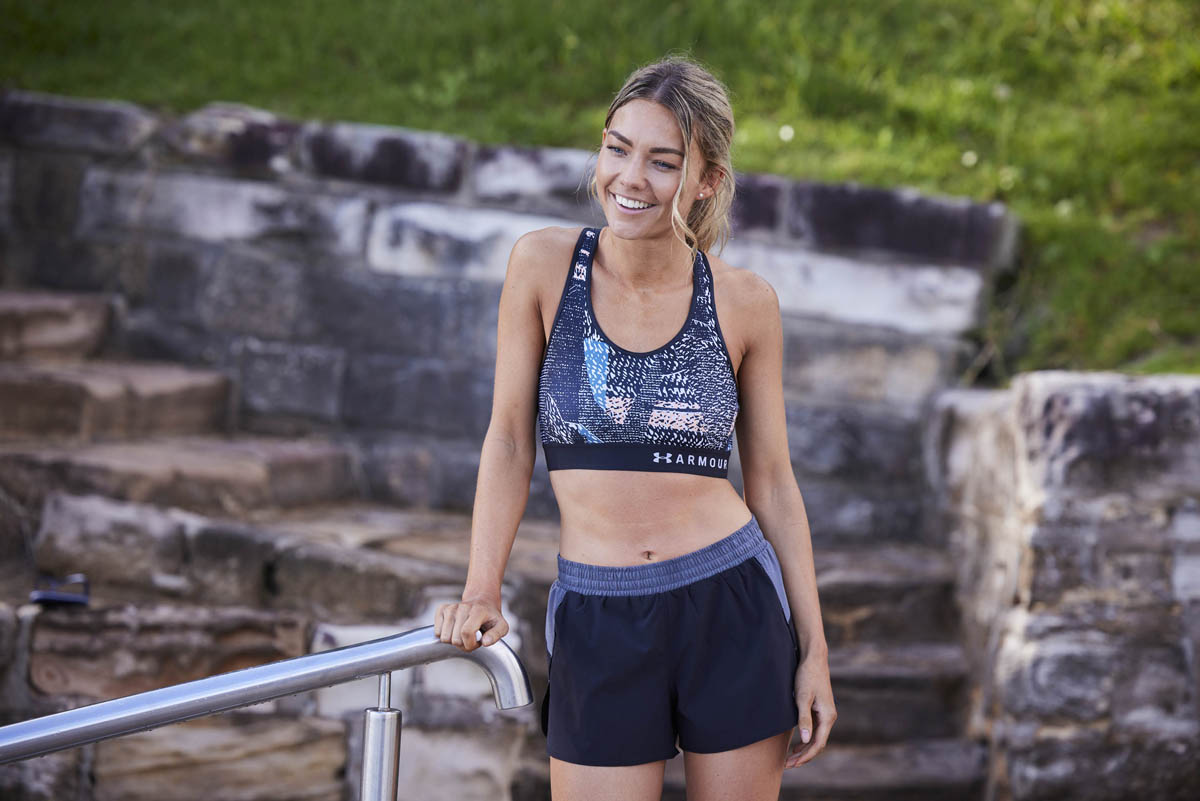 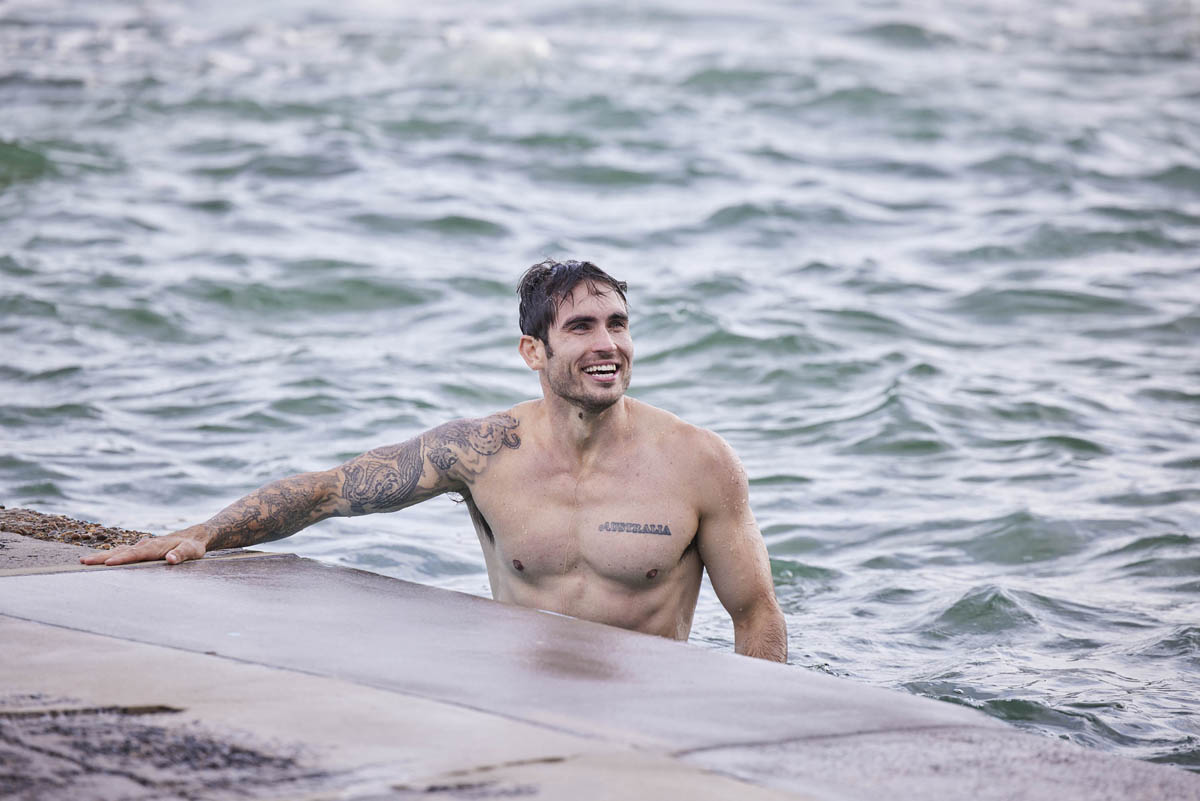 Jasmine doesn’t remember their first encounter, so is confused when the attractive Senior Detective seems to recognise her and ask her how she’s feeling. She’s slightly embarrassed when Cash fills in the details, but looks a little disappointed when he quickly jumps back into the water to carry on his swim. 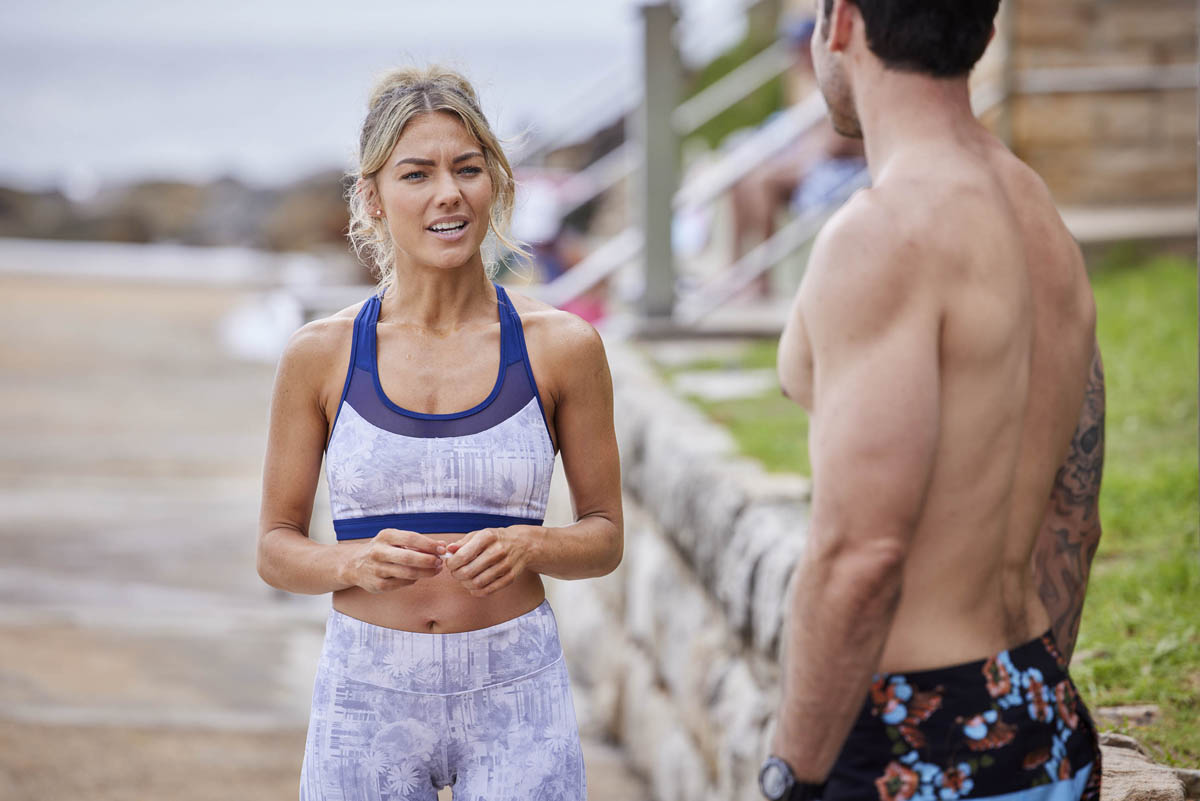 Thankfully, it isn’t long before they bump into each other yet again – suddenly it seems they’re constantly crossing paths across the small town. 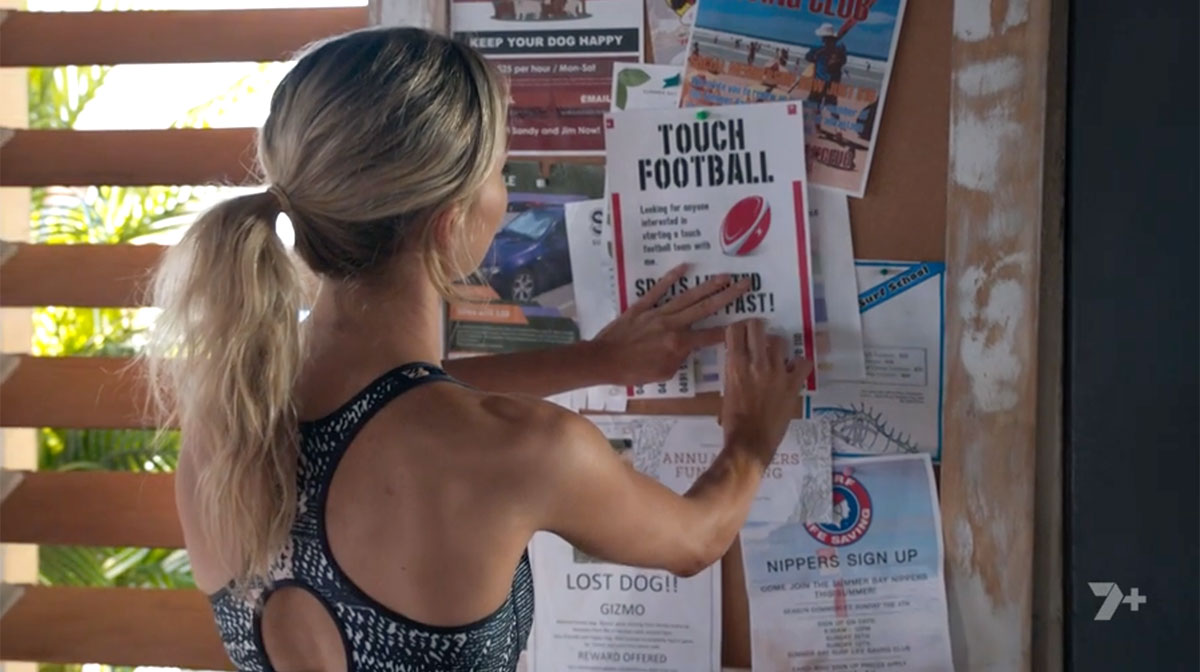 Jasmine becomes one of the few people in Summer Bay interested in Cash’s touch football plans, and takes one of the pull-off slips from his poster before finding out that he’s the organiser.

As the two finally get formally introduced when they cross paths in the Surf Club, they go their separate ways – before realising they’re both off to the gym. It’s then that Cash discovers that Jasmine is the owner, and it looks like their shared hobbies mean they’re going to be spending a lot of time in each other’s company. 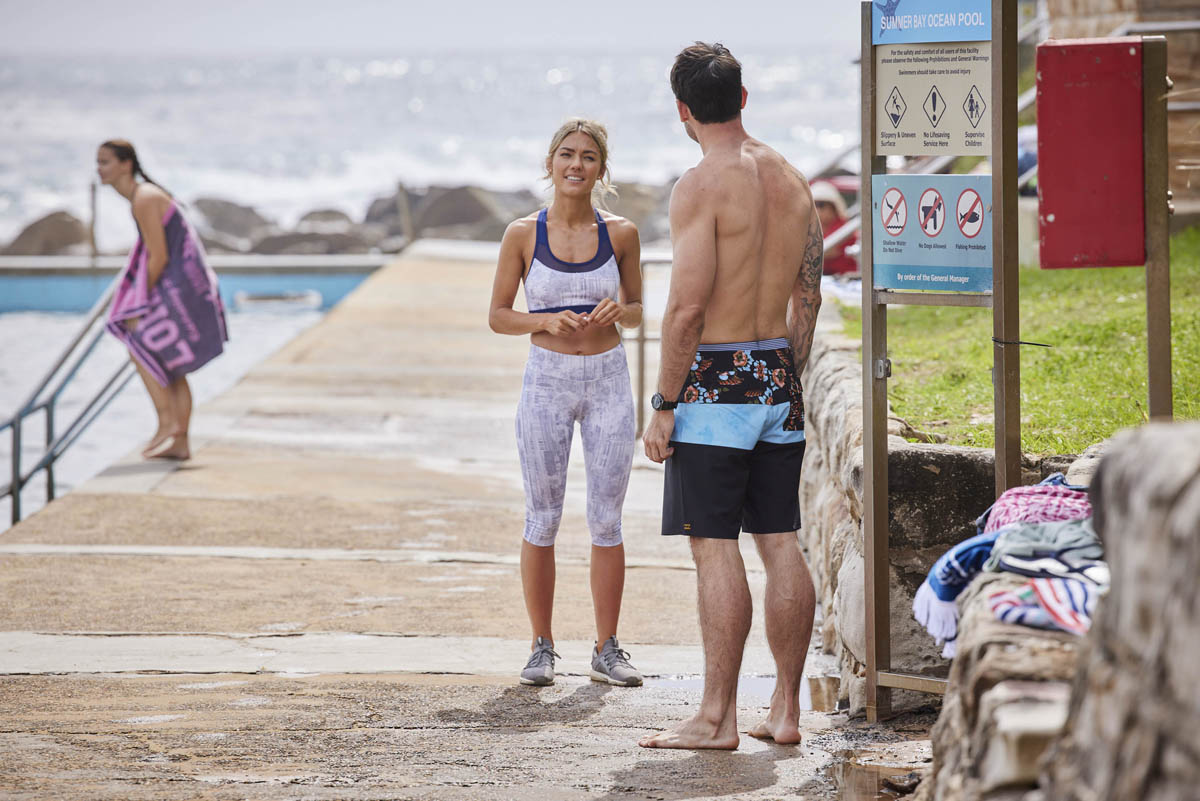 Jasmine seems quite smitten with her new friend, and it’s clear she finds him attractive. However, it’s not long until things come crashing down.

The next time they meet is at Salt, where Jasmine is there to pick up takeaway, and Cash has turned up for a solo dinner. He invites her to share a table with him, giving them a chance to get to know each other, but seconds later they’re interrupted by an alternative proposal from John (Shane Withington) which quickly kills off any chance of romance!

John is at dinner with Irene (Lynne McGranger), their first meal together since their eventful evening with Susie many months ago. Showing his usual Palmer tact, he invites the two to join them, ignoring Irene’s pleas to leave them be. “Come on, the more the merrier,” encourages John, leaving the pair with no choice but to become an awkward foursome. 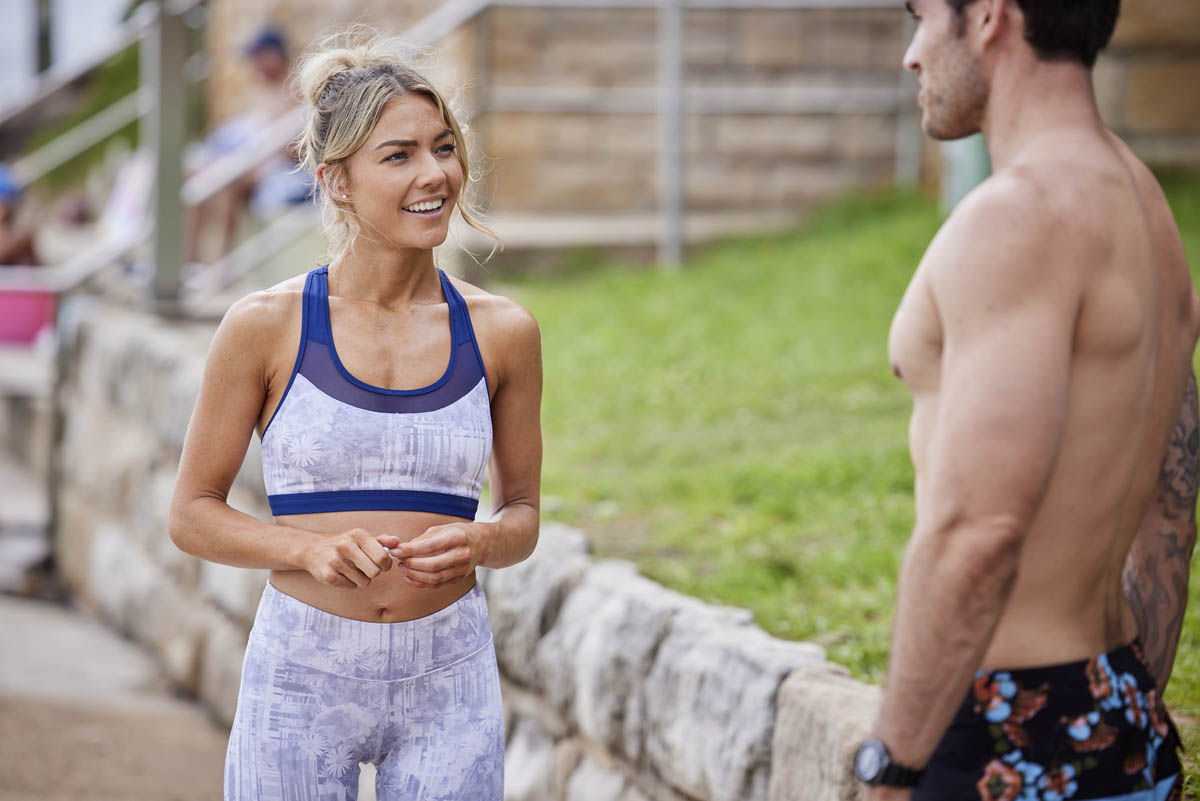 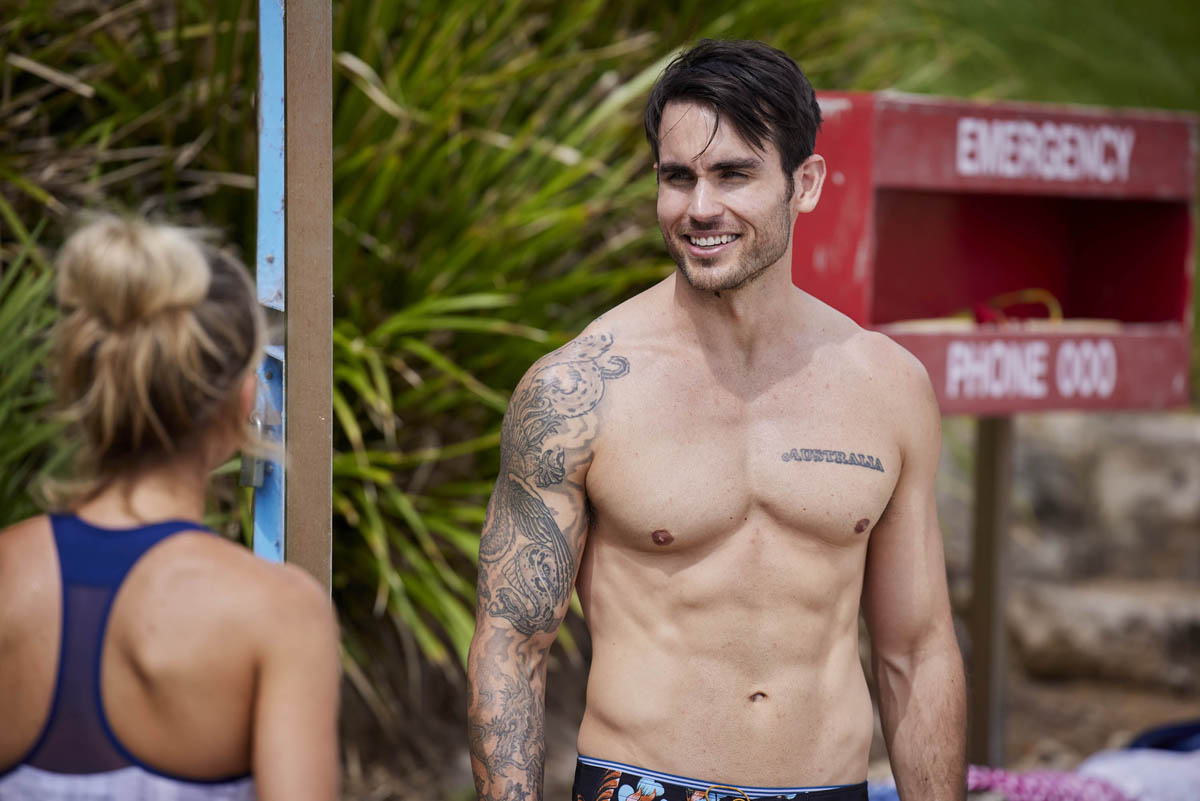 It may have been awkward, but they clearly enjoyed themselves. The next morning, they bump into each other at the pool once again, and this time Cash invites Jasmine to dinner just the two of them – “without the chaperones”. 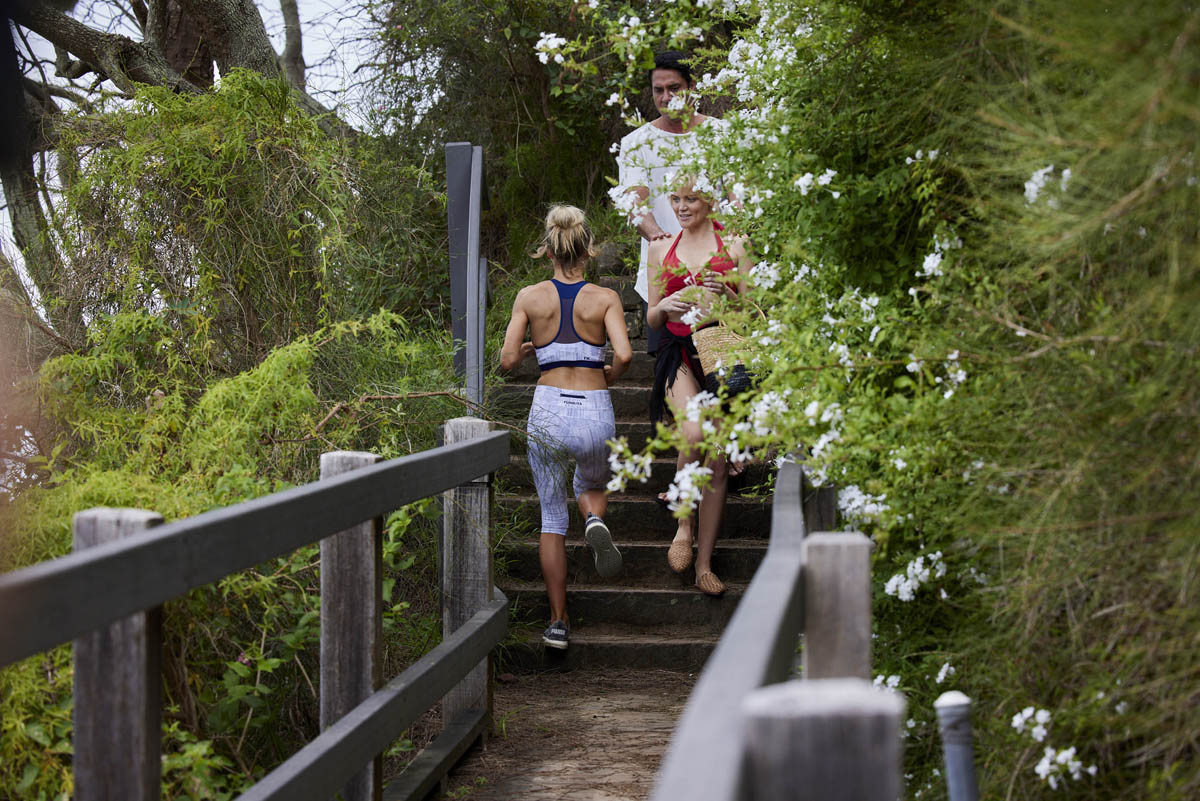 Did he really misinterpret their attraction? In reality, she’s just nervous at the prospect of dating someone new, after her recent rough spell with Lewis. 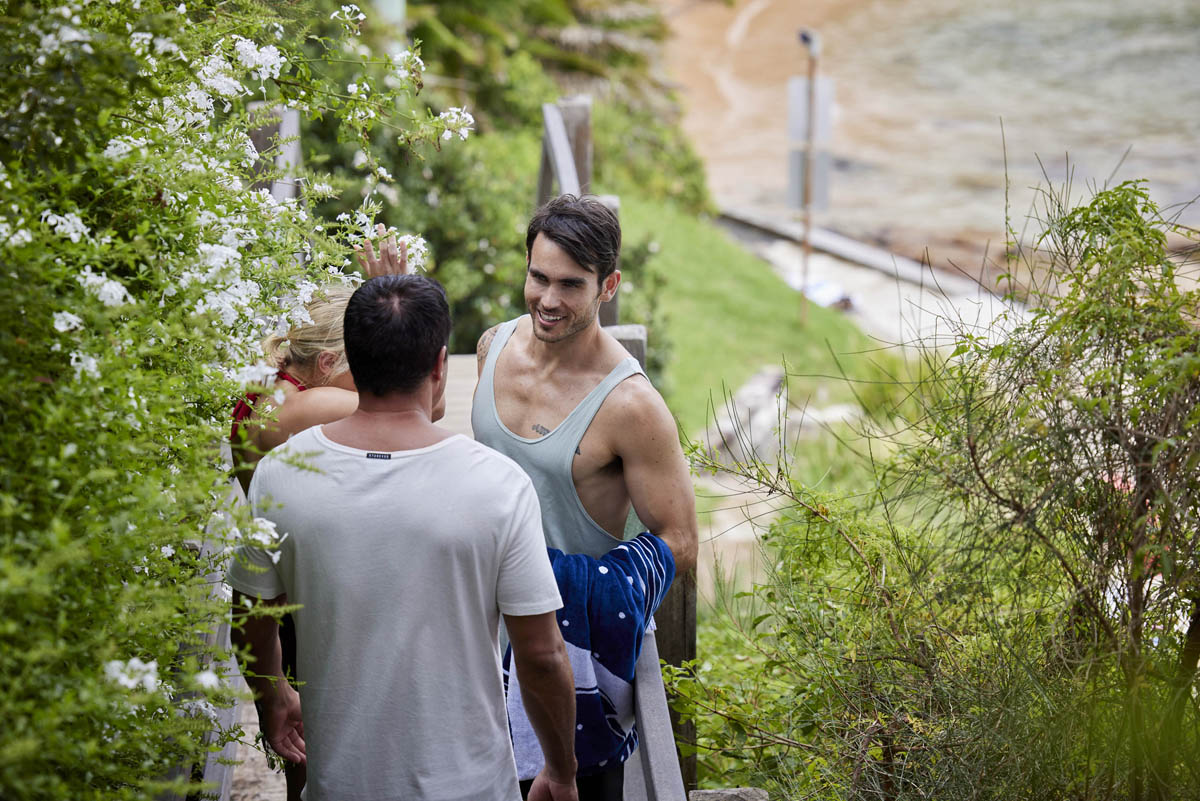 He runs after her, eager to find out what he did wrong.

When Cash catches up with her at the Surf Club, she’s taken aback. He admits that he followed her there, but wants to make it clear that he isn’t stalking her – after all, he casually informs her, he’s a police officer. 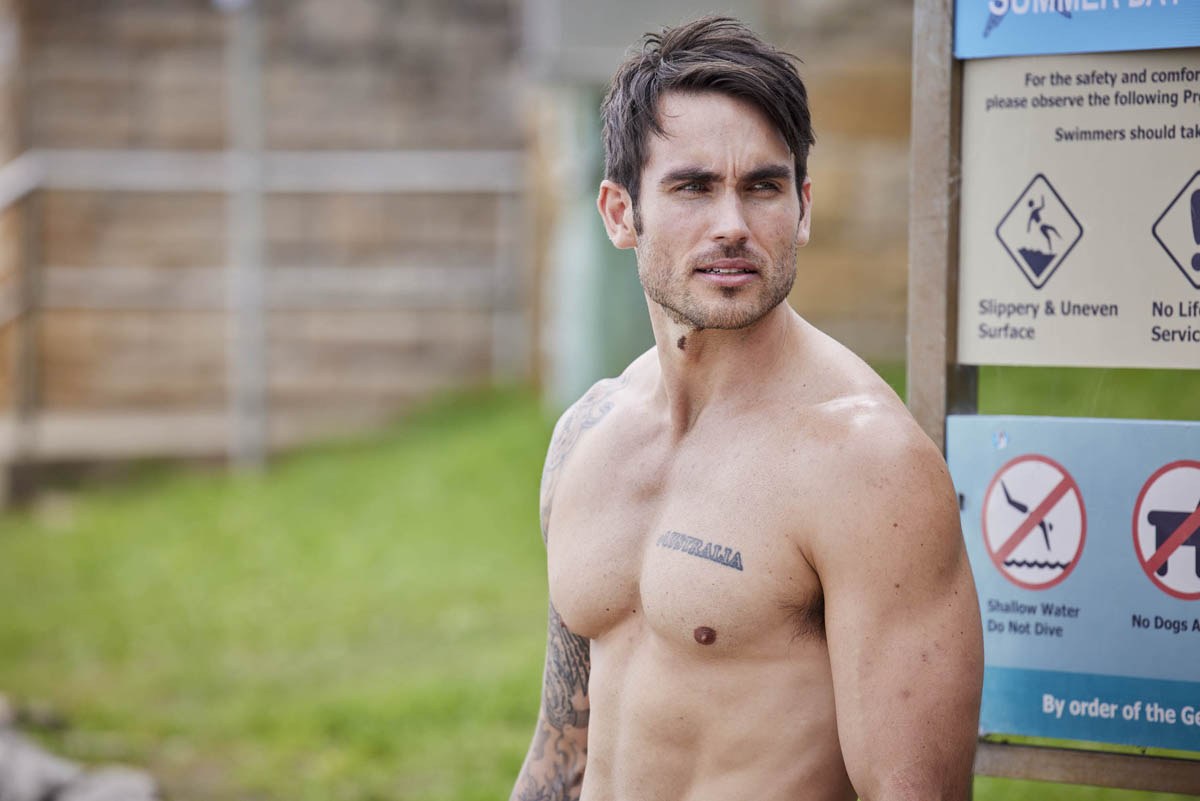 “Perfect, just perfect,” says Jasmine, shocked. “It’s a no to the date.”

Downloading to Irene, Jasmine admits that she’s attracted to Cash. However, him being a cop means that there’s no way she’d even consider dating him! 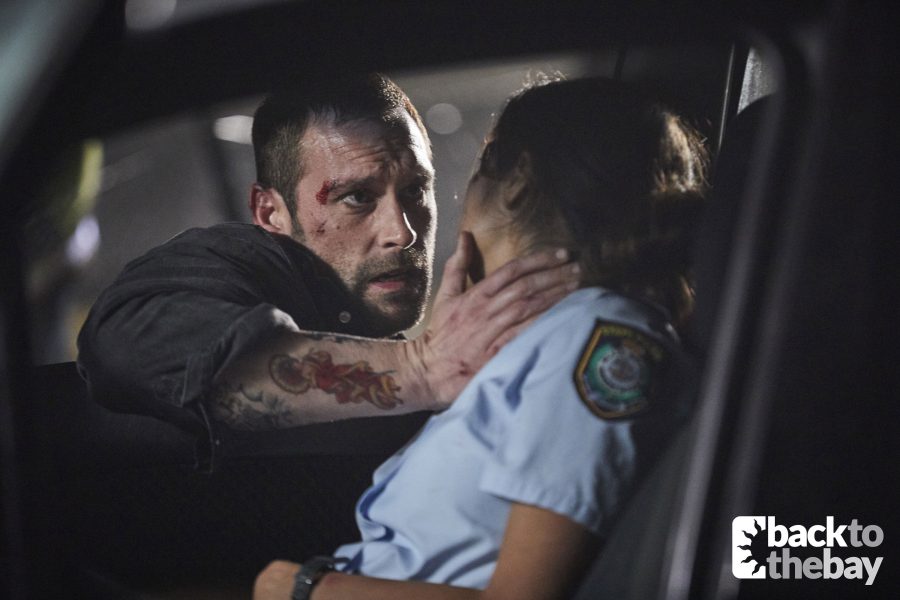 She’s hardly had the best run with the police. She arrived in Summer Bay at the end of 2017 when she was involved in the car crash which killed Kat Chapman. She had a brief fling with Colby Thorne, which was far from a success, and eventually found love with Robbo Shaw.

The pair married, but it was short lived. Robbo died at the beginning 2020 in another car crash, when his Federal Police colleague Scott drove their car off the road, having been blackmailed by the Ouroboros gang into killing Robbo. 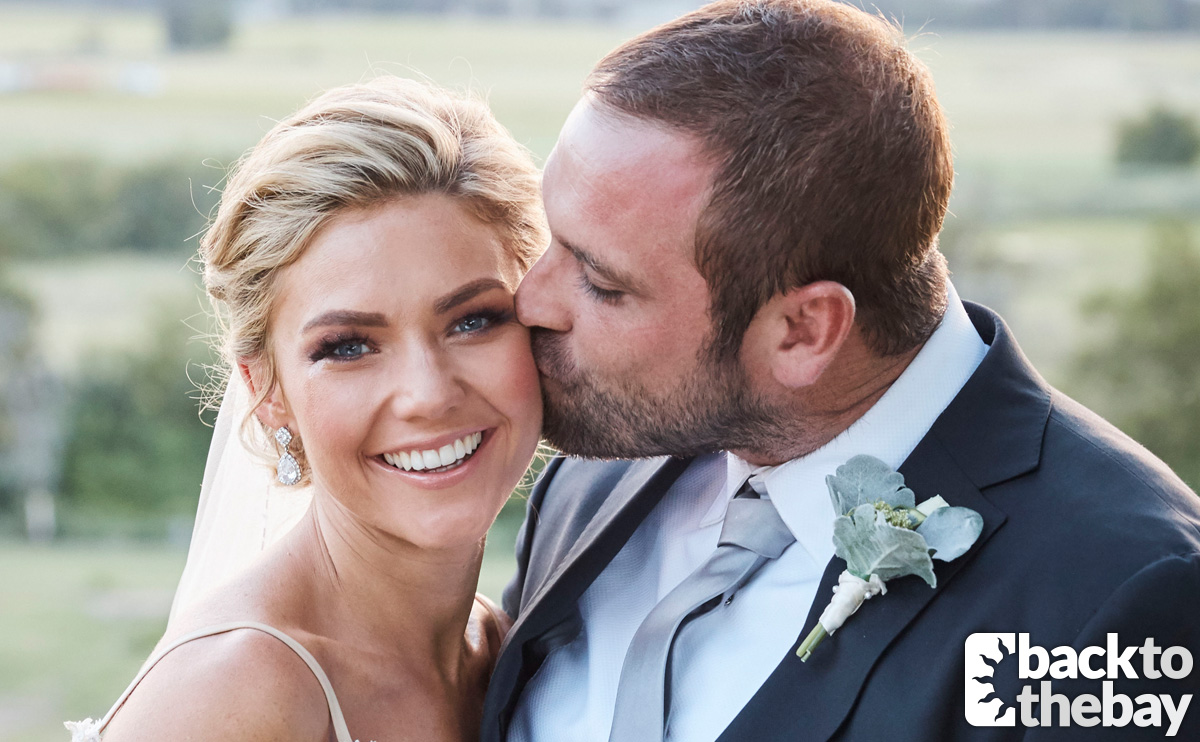 After all of that, the thought of dating another cop is too much for Jasmine.

However, Irene does her best to convince her that Cash is a completely different type of cop to what Robbo was. He’s trying to help John get his money back, he’s been helping Kieran out with his alcoholics anonymous sponsorship issues, and he went above and beyond with helping out Leah. Maybe he’s worth a shot!

“He’s a decent bloke, you have to agree with me there. Plus he’s uh, not too bad on the eye…”

She manages to convince her to just have a drink with him, to get to know him a bit better.

However, after the unexpected rejection, Cash is seeking answers in another officer.

Officer Murray (John-Paul Jory), one of the town’s longest serving officers, knows the ins and outs of Yabbie Creek Police Station better than anyone. When Cash asks him if he knows of a Jasmine Delaney, Murray reveals that she used to be married to one of their cops.

“What else do you know,” Cash asks, wanting the full lowndown on his new romantic interest. 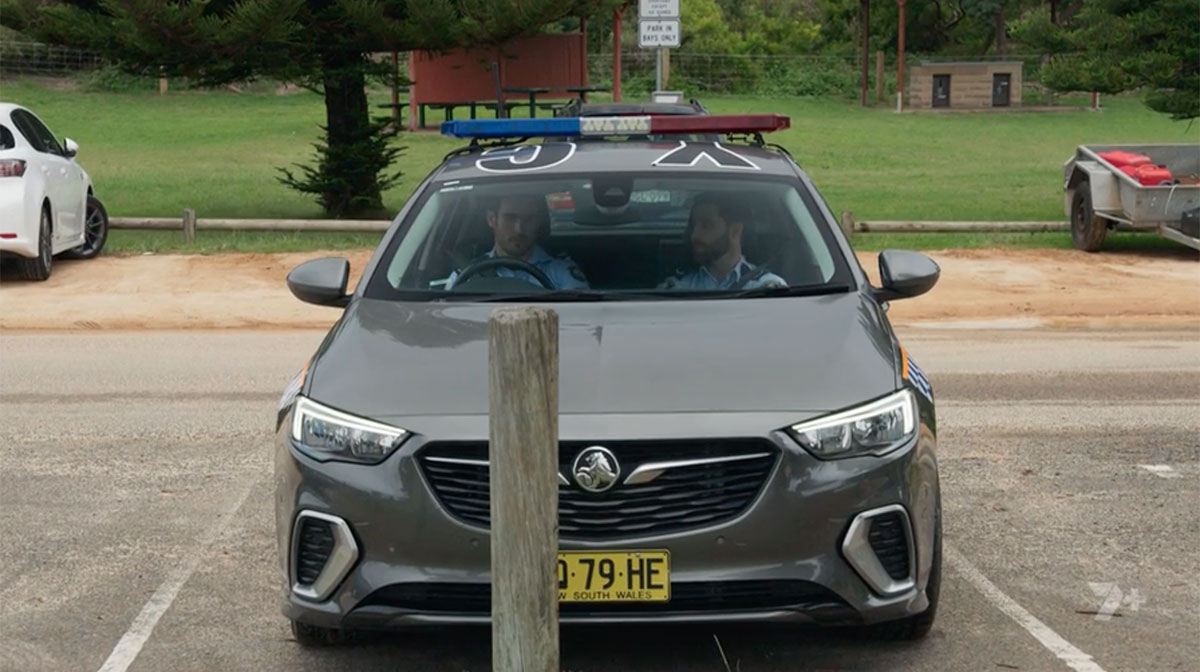 When he next bumps into Jasmine at the Diner, he apologises for suggesting a date, and explains that he gets she’s been through a lot. If he’d known about her husband…

She’s stunned. “Hang on, what does my husband have to do with anything? Who’ve you been talking to?” 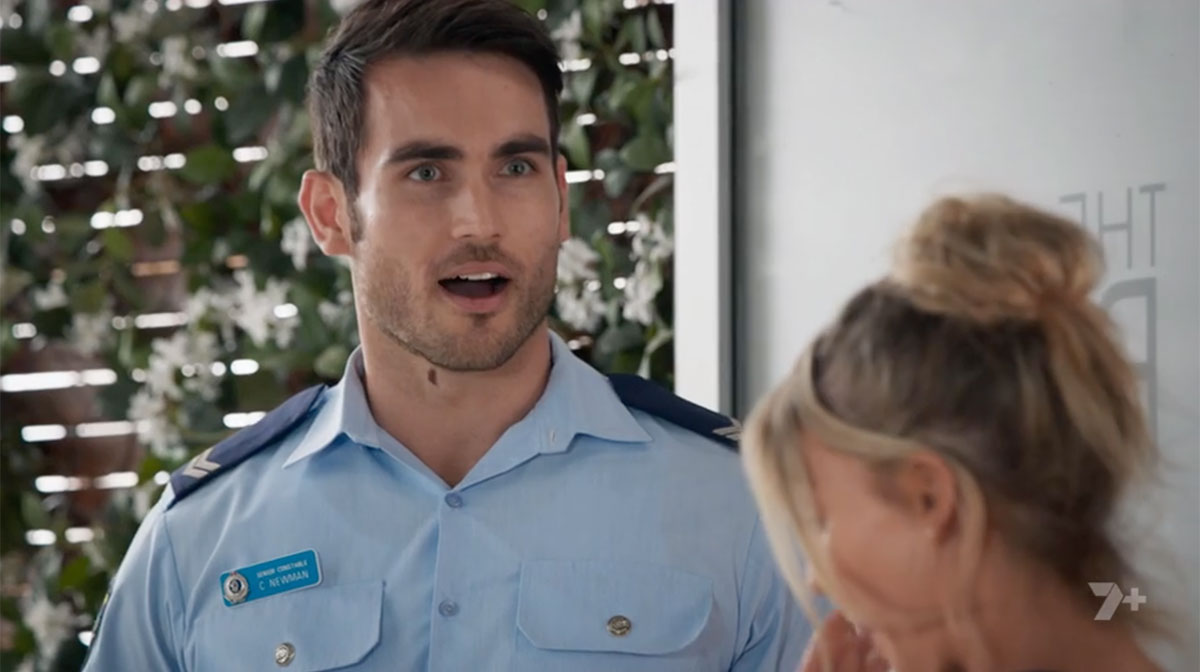 He tries explaining that he wanted to understand what was going on with her, but all Jasmine sees it as is him snooping on her!

As she walks away, furious at what has just happened, it looks like any chance of romance is well and truly off the cards. Can he convince her to have that first date, or are they over before they’ve even begun? 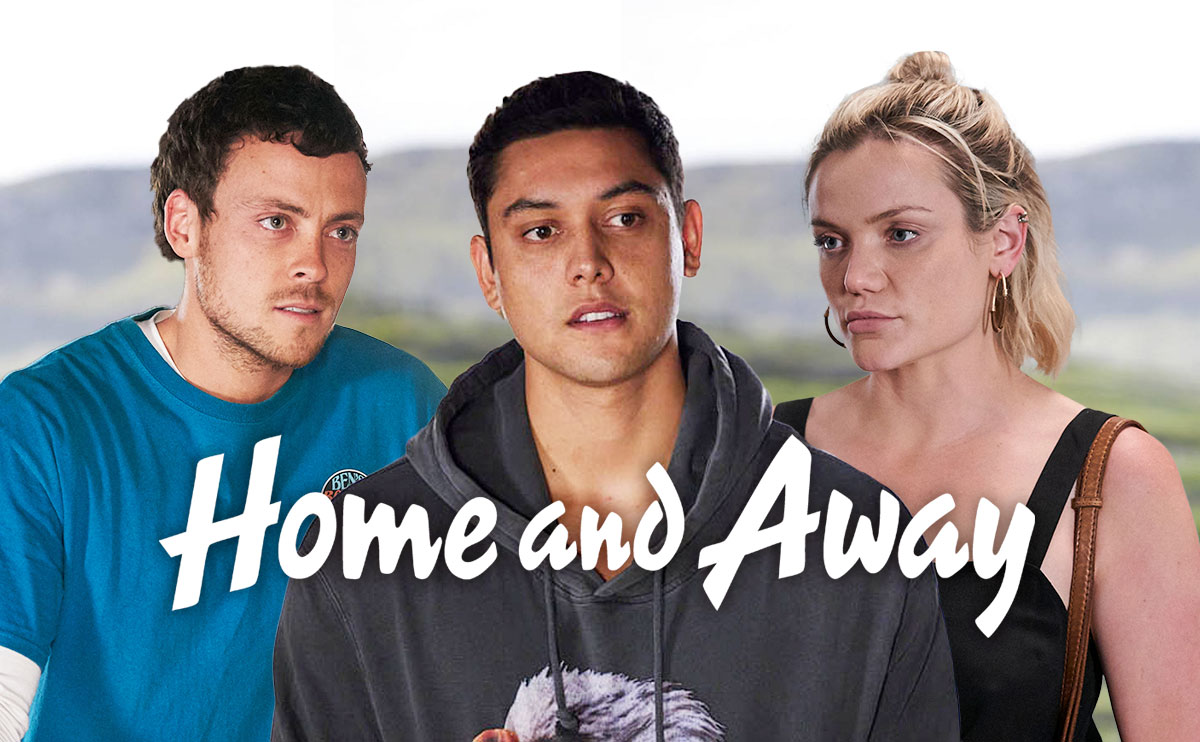 Nikau’s heartbreak kick-starts a dramatic series of events, which ends with four lives on the line. Who survives?

Bella’s exhibition finishes in dramatic style. Ziggy and Mackenzie renew their friendship. Chloe has her first shift at the Diner. The Paratas continue to worry about Nikau.

Tane suspects there’s something going on. Ryder and Chloe work out how to repay the loan. Ziggy makes a confession.

Ryder tries to mend Bella’s woes. Jasmine and Cash are drawn to one another. Justin helps Christian with his plan.

Bella tries to be open and honest. Cash learns the truth of Jasmine’s past. Ari and Mia focus on their future.

Ziggy and Tane try to move forward. Christian’s plan starts to unfold. Dean tries to help Mia but things take a turn for the worst.