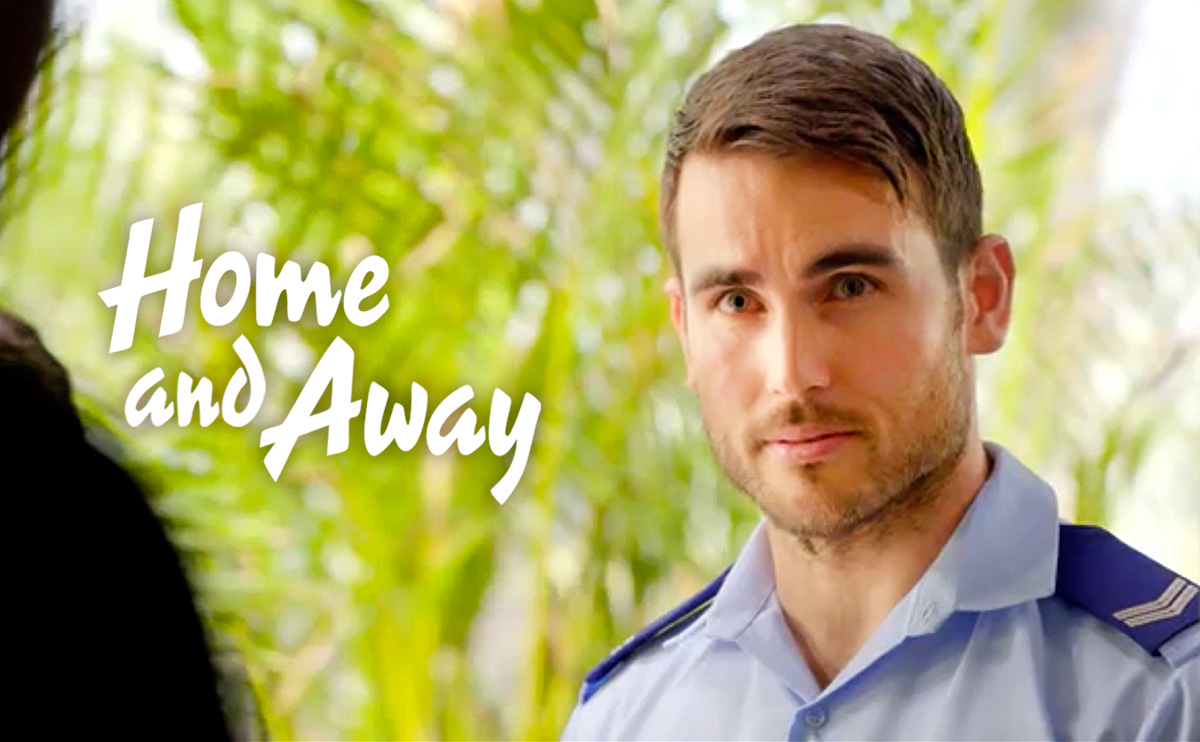 Home and Away is about to introduce its newest police officer, with the arrival of Senior Constable Cash Newman. He arrives in this Monday’s episodes in Australia, causing a stir right away as he arrests Justin Morgan. 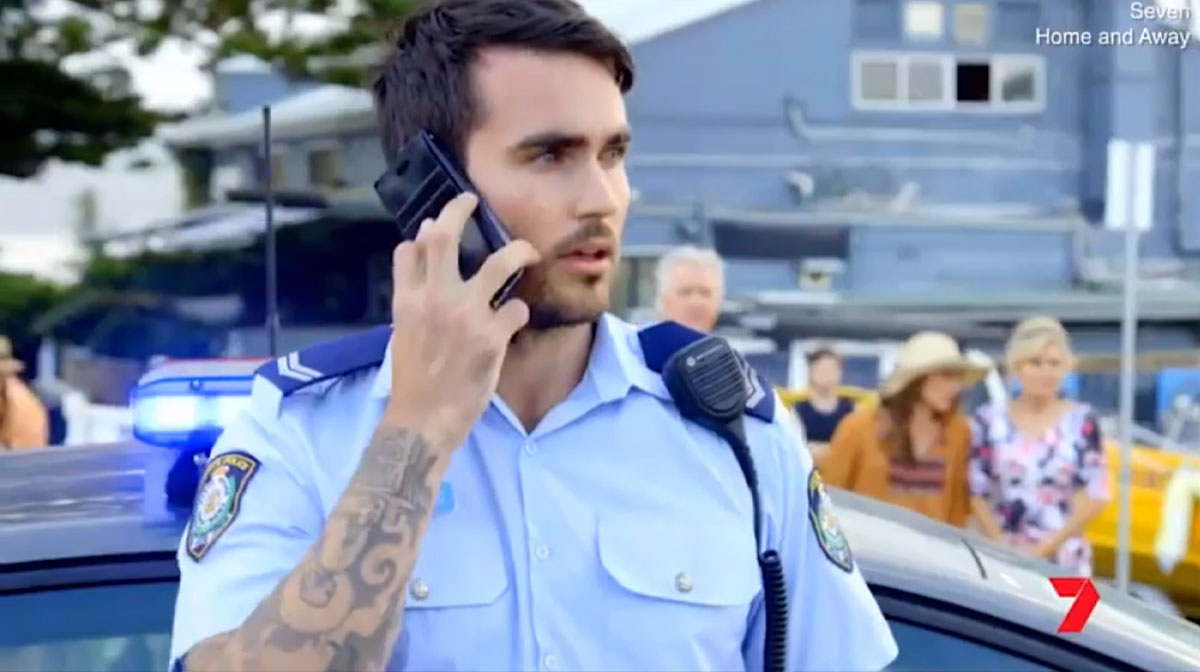 He’s set for a busy first week in the bay, as he investigates the discovery of a body, and has to arrest one of the town’s most beloved residents.

We got our first glimpse of Senior Constable Newman in a promo for this week’s dramatic episodes, which will see a fisherman discover a body out in the bay. As the residents gather round to discover the identity, there’s another shock in store as fellow Summer Bay newbie Stephen (Bren Foster) reveals that it was Justin (James Stewart) who landed him in hospital after a brutal battering. 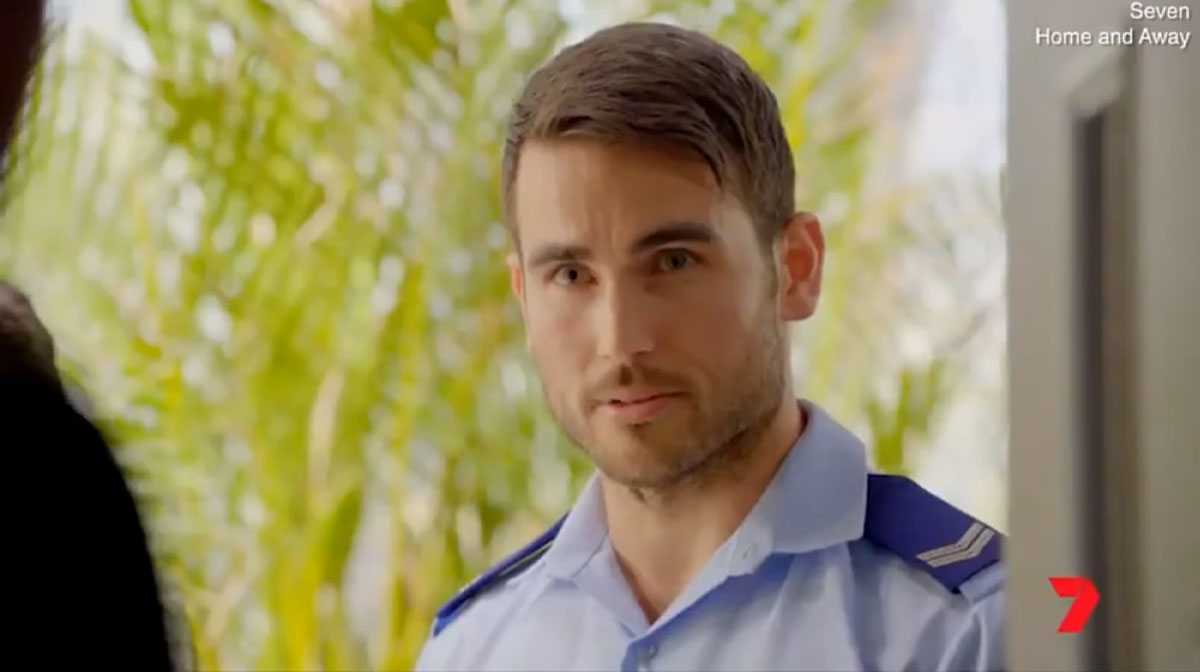 Justin’s wrong move, a result of his ongoing drug addiction and his jealousy over Leah and Stephen’s growing friendship, leads Cash to make his first arrest.

He turns up at the Morgan house in Monday’s episode, quickly making his mark as he tells Justin, “my name is Senior Constable Newman, you’re under arrest for the assault of Stephen Tennyson.” 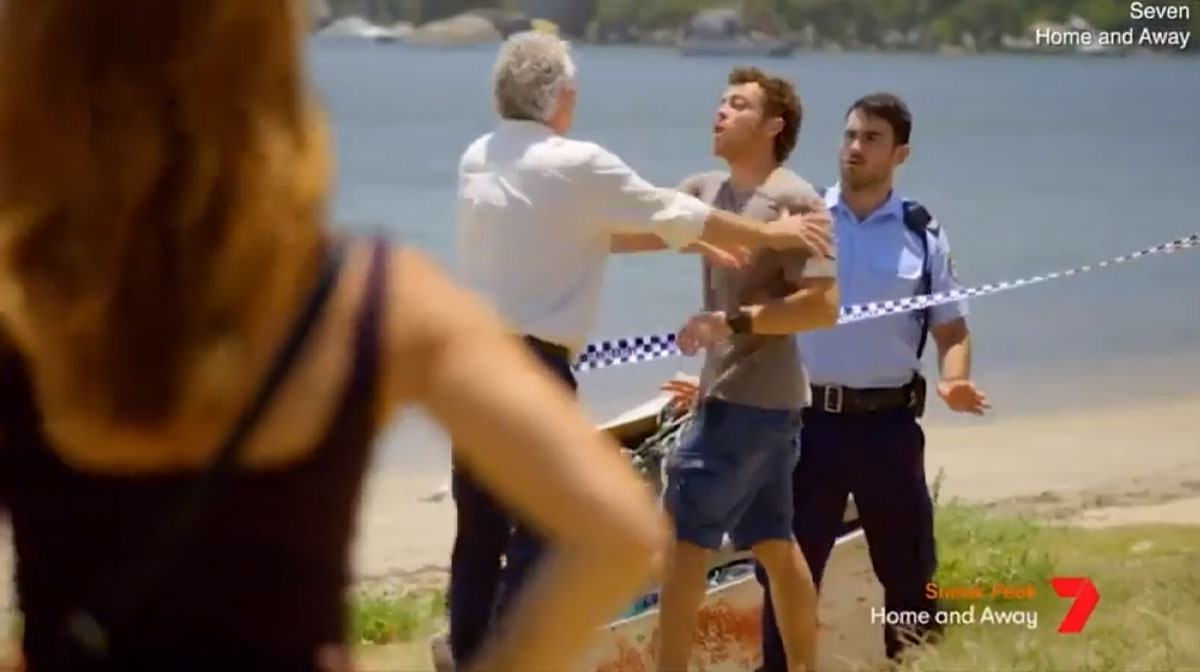 He also plays a pivotal role in the investigation into the mystery body, and into Mackenzie’s recent disappearance. Dean (Patrick O’Connor) is set to confront him about his sister’s plight, with Cash asking him if he filed a missing person’s report.

It looks like he’ll also have to ease tensions between Dean and John (Shane Withington), as Dean gets more and more concerned that the body they’ve found might belong to his sister.

Cash is played by 33-year-old Nicholas Cartwright, a former army rifleman who has had deployments in East Timor and Afghanistan. Speaking to PerthNow, Cartright explained that he first started out signing in a rock/blues band, and that “the army was the anomaly” in his career. 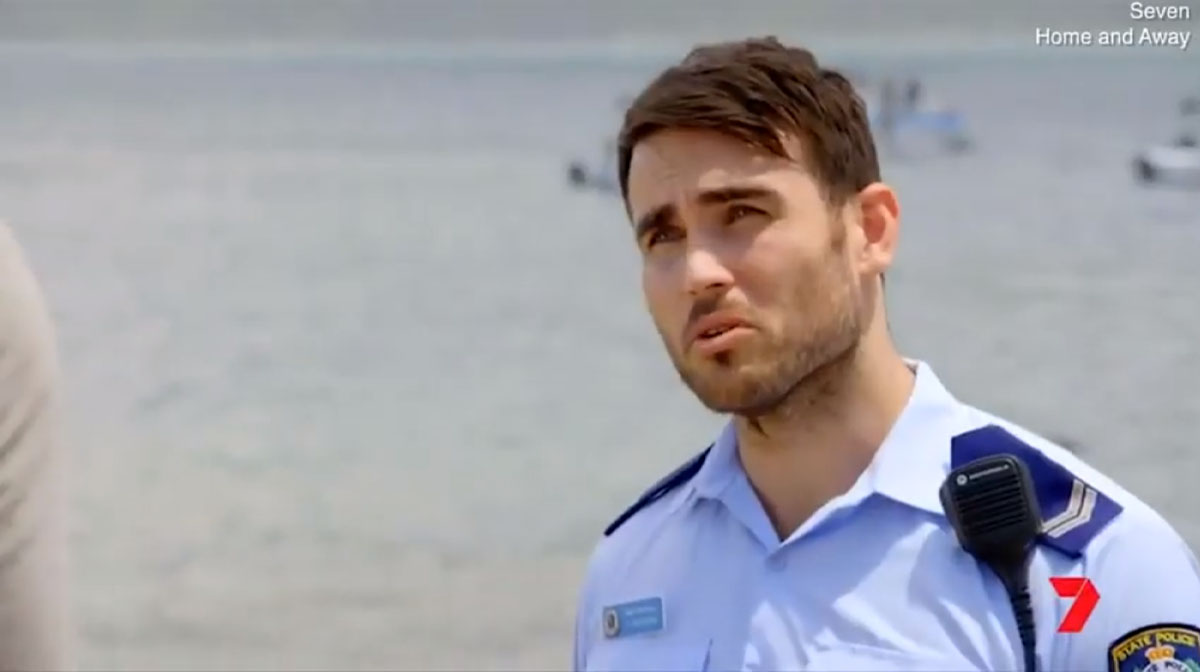 After leaving the defence force, he went on to join the National Institute of Dramatic Art (NIDA), where he met his future co-star Ethan Browne, who joined Home and Away in 2020 as Tane Parata. Now, fresh out of drama school himself, Cartwright is reuniting with Browne in his first television role.

“I remember having a laugh with Ethan when he first got on the show because as soon as you’re working, they’re throwing you out topless,” says Cartright.

Although it may be his first TV role, Cartwright believes the army gave him great experience to equip him for the world of acting. “I think it really helps having a military background and understanding of rank and things like that to go into a position like this,” he told PerthNow.

On Wednesday, just a few days before he makes his debut appearance on Australian screens, he took to Instagram to post a message introducing himself.

It takes a village. Extremely proud and excited to go live with my new family @homeandaway in the coming days.
Can’t thank the cast and crew enough for helping me out along the way. Here’s me getting ready for set with our den mother @lauravazquezbeauty

While he’ll usually be seen wearing his police uniform, it looks like we’re set to see his character Cash suited and booted in the months to come. 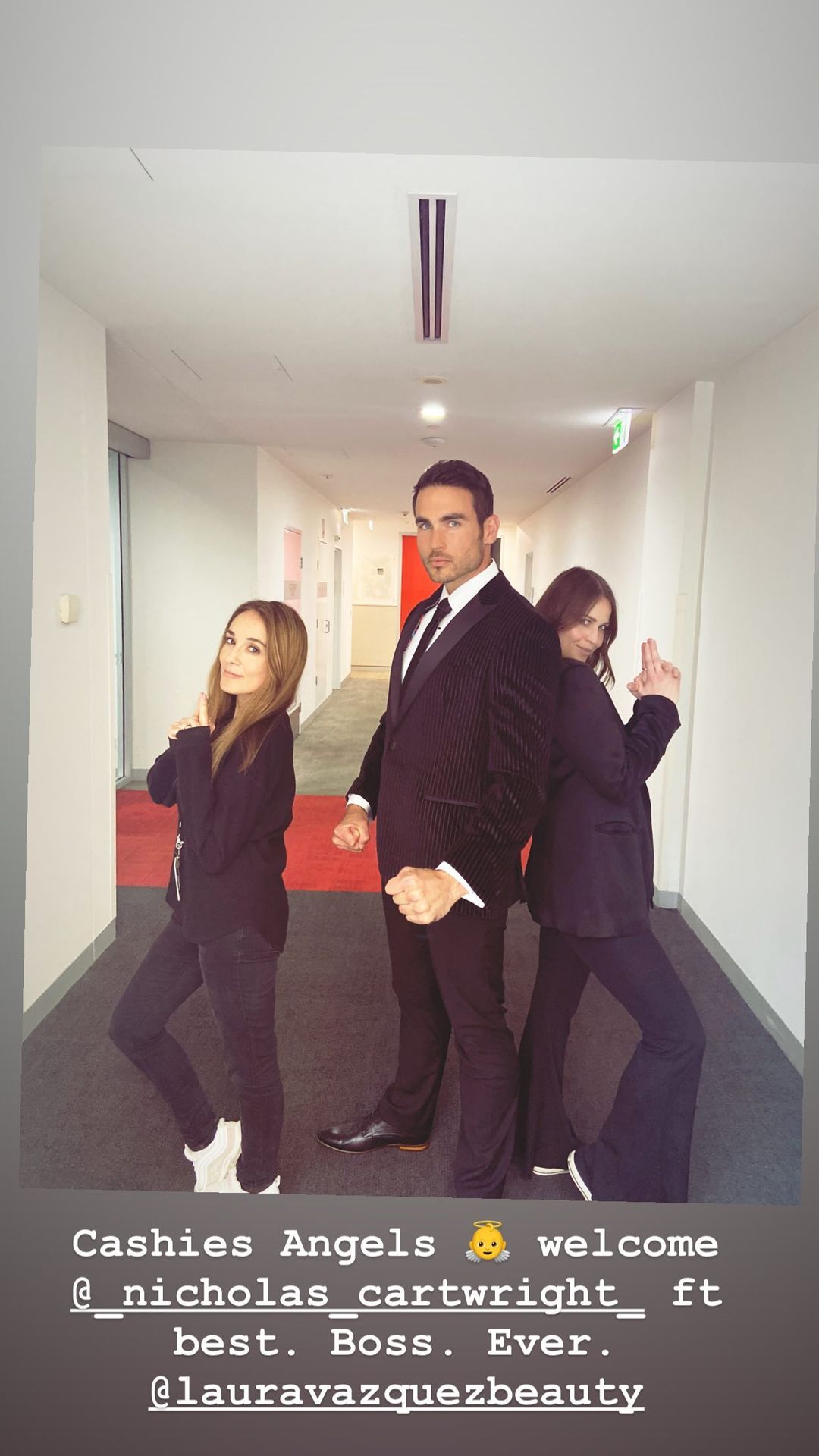 Katy Clucas, one of the show’s makeup artists, posted a photo on Instagram of herself alongside Cartwright and Laura Vazquez, the show’s Head of Hair and Makeup, with the caption ‘Cashies Angels 👼 welcome @_nicholas_cartwright_ ft best. Boss. Ever. @lauravazquezbeauty‘

The photo shows Cartwright looking slick in a pinstripe suit jacket, with the two members of the hair and makeup team posing as Charlies Angels.

Who is Senior Constable Cash Newman?

While he may not have yet his Australian screens, we already know a little bit about what’s in store for Home and Away’s new police officer. We’ll see him arrest Justin early this week, but it looks like the Morgan brother won’t be the only Summer Bay resident that Cash marches down to Yabbie Creek Police Station.

He was first spotted filming at Palm Beach in the second week of January, in scenes which saw him escorting Dean Thompson (Patrick O’Connor) out of the surf club.

Mackenzie (Emily Weir) is forced to call him in after Dean causes some aggravation in Salt, and Cash warns Dean to pull his head in as he explains he isn’t there to play referee between squabbling siblings.

Cash is also set to be romantically involved with Jasmine Delaney (Sam Frost) within just a couple of months of arriving in Summer Bay. Fans of the show have spotted Frost and Cartwright filming numerous scenes together at Sydney’s Palm Beach, walking arm in arm and kissing. The photos below were taken by CelebTime, the organisers of the Tour to Home and Away. 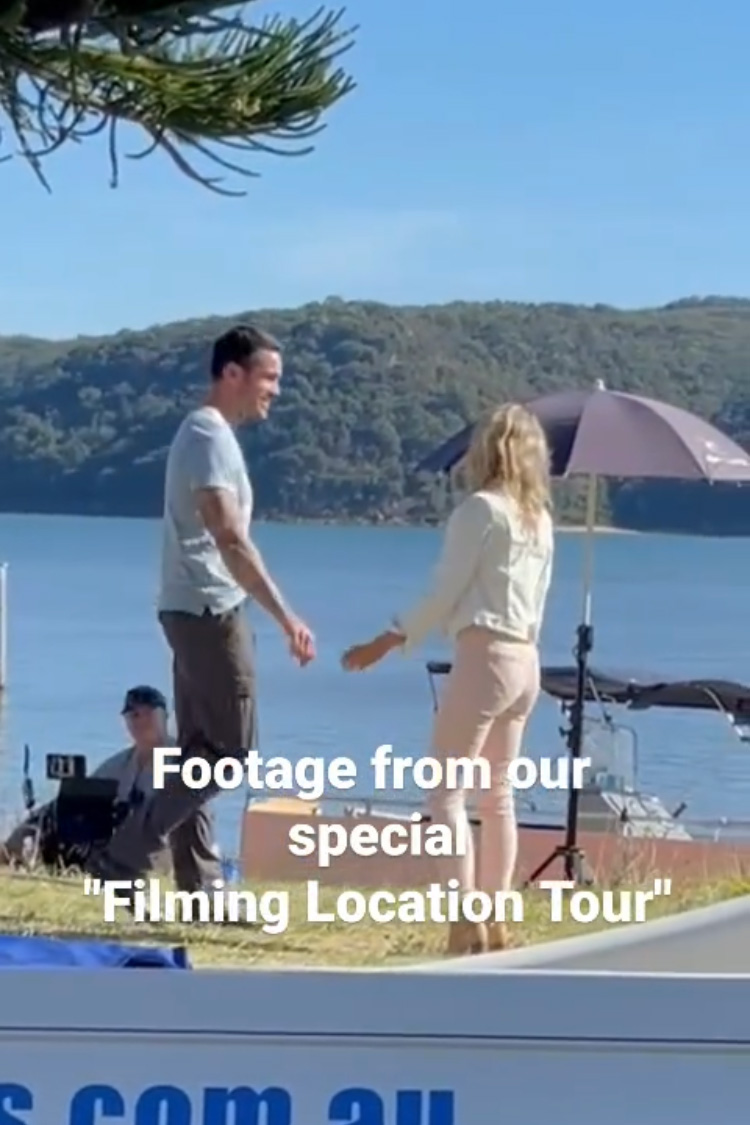 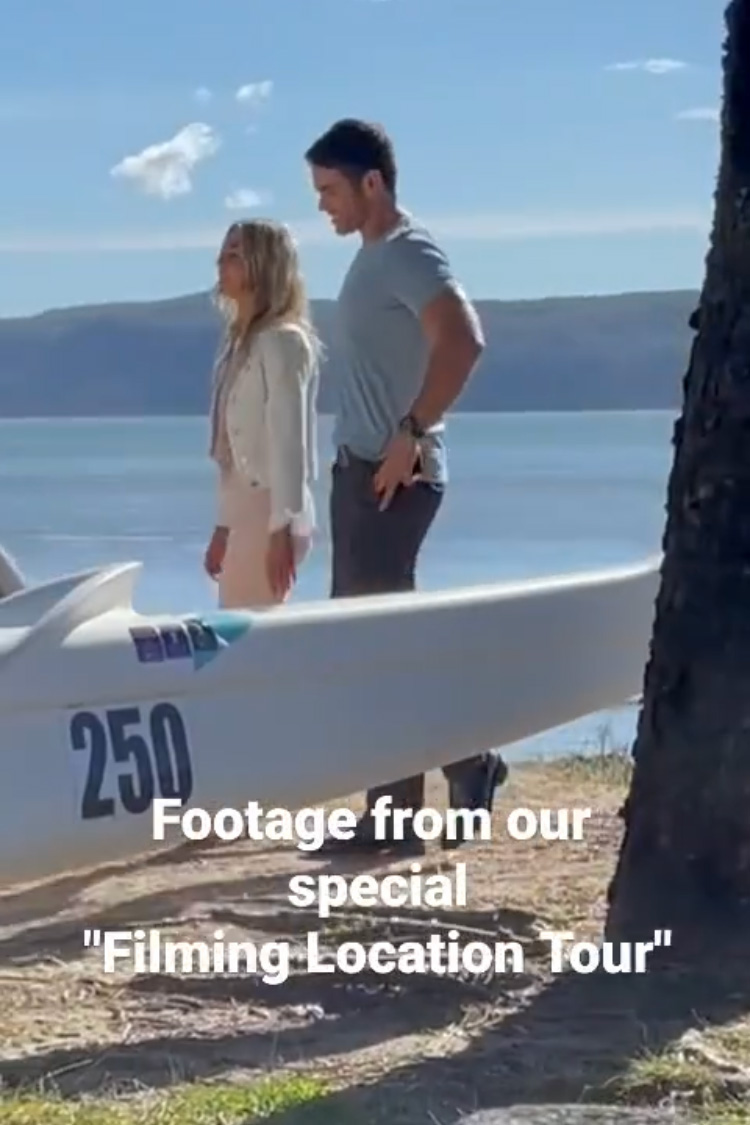 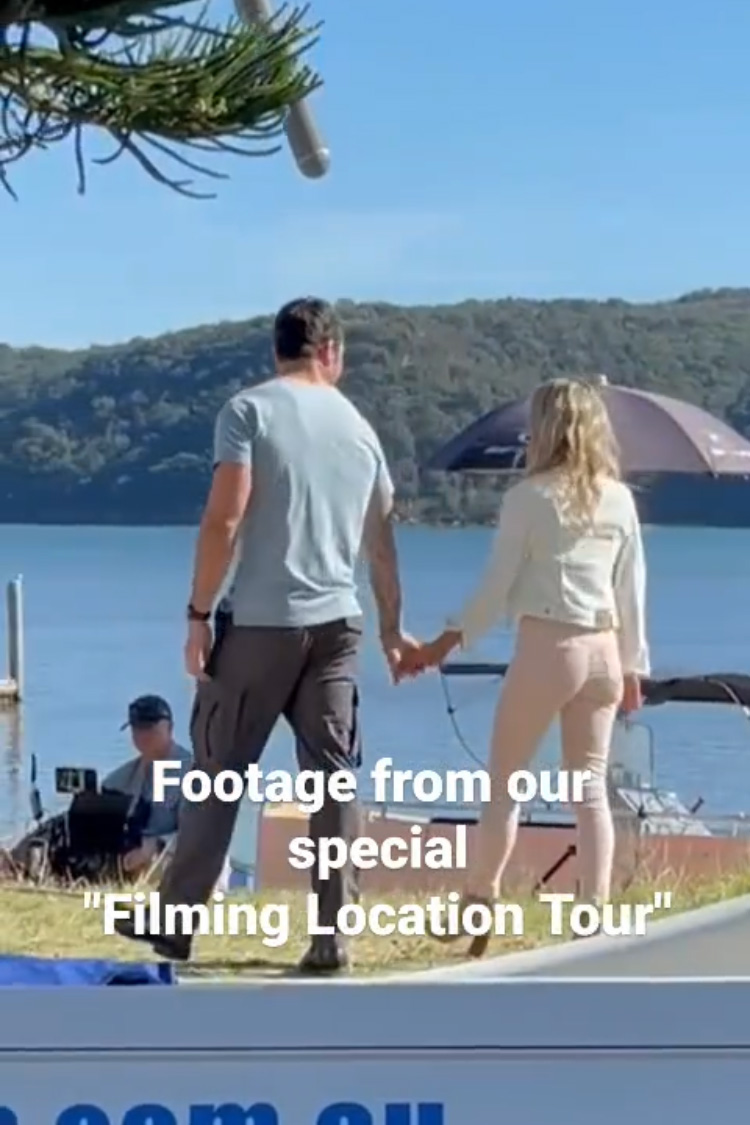 Jasmine hasn’t had much luck when it comes to love – she married Robbo Shaw in 2019, but he died at the beginning of 2020 after his friend and police colleague Scott Larkin drove them off the road, having been corrupted by the Ouroboros gang.

More recently, she fell for old flame Lewis Hayes. However, Lewis was still grieving the death of his wife Anna, with his grief leading him to attempt to murder Christian Green (Ditch Davey).

Nicholas makes his first appearance as Senior Constable Cash Newman in Monday’s episode of Home and Away in Australia. UK viewers have a little longer to wait, with his debut airing on Friday 23rd July.

Tori’s not bailing Justin out of this one. News of Justin’s assault reverberates through the Bay. Dean’s concern for Mackenzie spreads through the community.