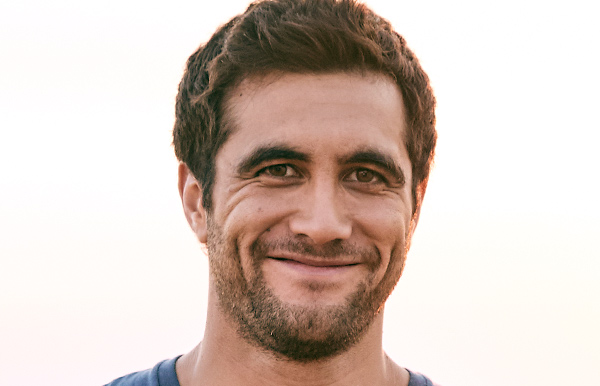 The youngest Parata brother, Tane stayed behind in the city when his family relocated to Summer Bay. Despite the death of eldest brother Mikaere, he had refused Ari’s instructions to turn straight and continued earning money by doing shady jobs, although he remained in contact with his nephew Nikau and also called sister-in-law Gemma. A few weeks later, Nikau turned up at his place with his friend Bella, saying he didn’t want to go back to Summer Bay. However, after staying the night, he hurried back to Summer Bay before they were missed.

Tane refused to let Nikau live with him and was told by Ari not to contact Nikau. Tane ignored Nikau’s calls but Nikau turned up with Ryder, insisting he wasn’t going back to Ari even if Tane didn’t let him stay. Ryder confirmed to Tane that the family had been sleeping in the car and were relying on a local, Marilyn, letting them stay with her. Tane let Nikau stay the night, then took him back to Summer Bay to confront Ari. Gemma played peacemaker, getting them all to spend time together. He spent a night on Marilyn’s sofa and then arranged to lease a house across the road, with Gemma, Nikau and a reluctant Ari moving in with him. He and Ari worked together to make preparation for a hangi although they ended up clashing when Tane chatted up Ari’s girlfriend Mackenzie. He admitted to her that, while he’d been winding up Ari, he also thought they’d be good together, but quickly agreed to back off. He and Ari both tried to calm Nikau during Gemma’s brief flirtation with Ben, with Tane stopping him from running away.

With Colby suspecting the Paratas were responsible for a break-in at the Diner, Tane was contacted by Nikau, who had stolen Tori’s car to skip town only to find her baby daughter Grace inside. Tane left Grace on the Morgans’ doorstep. He then shut down Colby’s investigation after a lawyer told him they were under no obligation to be questioned, fingerprinted or part of a line-up. The family planned to take Mikaere’s ashes back to New Zealand but only Gemma was able to go, since Colby had put a block on the others’ passports. Although he and Ari clashed when he admitted he didn’t have the money for the rent, they joined with Nikau to perform a haka on the beach as a memorial to Mikaere.

He seemed to agree to Ari getting him a job on the building site where he worked, but then disappeared during the night. He returned with a wad of cash, earned by doing more illegal jobs. Mackenzie offered him a job at Salt despite him having no experience and he decided to accept. However, he left in the middle of his first shift to sleep with Amber Simmons. The fact he found Mackenzie attractive, and she him, made things awkward between them. He ran into the women at a club where he ended up in a fight with a man who tried to take things further with Amber than she wanted to. He then endured a tense shift with Mackenzie. Although he hooked up with Amber again, he had trouble dealing with Mackenzie, and Nikau had to talk him out of fleeing town to avoid her and Ari.

He then discovered Nikau had taken the rest of the money from his job and run off with Bella, who was wanted by the police for questioning over her father’s death. He, Ari and Mackenzie went after the pair and quickly found Nikau, who managed to get Bella to join them, with them all making it back to Summer Bay in time. He was uncomfortable when Mackenzie moved in temporarily after having to leave her rental, which only increased when he walked in on her in the bath. He asked her to make sure they worked different shifts and avoided her at home. He was approached by an old associate, Leon Caruthers, who wanted him to do work. Tane refused and Leon ended up slashing Tane’s stomach with a broken bottle. Mackenzie took him to hospital, where they got stuck in a lift for a short time and he convinced her not to tell Ari he knew the men. He ended up on Ari’s bad side again when Mackenzie moved out but urged him not to throw the relationship away. After Mackenzie blamed him for their difficulties, he quit his job.

He took a job as Ziggy’s assistant at the garage but, when Ari turned up with pizza, felt he was checking up on him. Trying to prove a point, he ended up agreeing to hide a van full of stolen goods at the garage but the person who was meant to pick it up was arrested and he was found out by Ziggy. He ended up hiding the van at the farm while he went to the city to sort something out but returned badly beaten up and desperately looking for Ziggy; instead, he was found by Mackenzie who got him to hospital. He convinced Ari he’d been beaten up by a jealous husband but confessed to Nikau that the van had had drugs hidden in it and the dealers were threatening his family. He found Ziggy and Willow had got rid of the van, meaning he now owed $25,000. Leon and his boss Paul turned up at the house with some thugs, resulting in the Paratas getting into a brawl with them which was broken up by the police.

Tane contacted Paul and Leon asking what he needed to do to pay off the debt and they asked him and Ari to do one last job. However, when the job was finished, the crooks continued to expect the brothers to do more work. Ziggy came to him and Mackenzie for help when Dean drove off drunk, and Tane tracked Dean down and got him home, while lecturing him to leave Ziggy alone. Paul and Leon demanded he and Ari do an armed robbery at the Reefton Lakes Leagues Club, sending photos of them doing the last job as leverage. Tane and Ari convinced Nikau to go to New Zealand and Tane was prepared to do the job, although Ari was more reluctant. When he learned the police had gone looking for the stolen van at the garage, he confessed to Justin what had been going on. Although Ziggy was initially unhappy that Justin knew she’d covered for him, she and Tane ended up sleeping together, only for Tane to find Ziggy gone when he awoke the next morning and later see her with Dean.

He and Ari were ordered to do the robbery within 24 hours. Dean told them to make sure Paul and Leon were there then turned up with Heath Braxton and a group of River Boys to take the pair to task for messing with their territory. Ziggy told him nothing could happen between them and Tane responded by kissing her. He challenged Ziggy to join him at the gym, then she summoned him to her place where they slept together again. They were soon openly dating.

He was reunited with Ari’s de facto stepdaughter Chloe when she came to stay with the Paratas, shortly Nikau, Ryder, Chloe and Bella were all kidnapped by Paul and Leon, who offered to trade them for Ari and Tane. Tane hid the situation from Ziggy as he went to meet them, where he and Ari overpowered all the crooks except Paul, handing them over to the police. After Paul injured Ari in a hit and run, Tane captured him, giving him a beating before taking him to hospital. Mackenzie admitted to him that she was pregnant with Ari’s child and he was initially in favour of her telling Ari until he learned she wasn’t sure if she’d keep the baby, at which point he explained that Ari and Mia had tried for a baby, having several miscarriages and losing a son born premature. He begged Mia to give Ari another chance. After Mackenzie had a miscarriage and Mia saw her at the hospital, Tane reluctantly told her what was going on, then helped take Mackenzie back to hospital when she developed an infection. He began looking for a job, applying to the gym with a post-it note which prompted Ziggy to convince him to put a proper CV together. Mia ended up getting the gym job so Tane arranged to cover Ari’s labouring job until he was fit again.

When Ziggy and Dean both triumphed in the surf carnival, Amber made pointed remarks about how well they got on. Tane asked Ziggy why they broke up and guessed Dean and Bella had been involved in something illegal. Still uncomfortable with the pair’s closeness, he took a drunk Mackenzie home only for her to make a pass at him. He quickly filled Ziggy in and also told her he loved her. He discouraged Ari and Mia from trying for a baby but learned they were doing it anyway. He moved in with Ziggy and briefly helped Alf at the bait shop before taking a job at the gym from Mia and going to TAFE but was nervous about letting her down. He had Nikau asking him about shortcuts to bulk up and told him there weren’t any. He was uncomfortable about Ziggy working at the garage after Justin beat up Stephen, insisting on accompanying her to work. He learned Nikau had cheated on Bella with Sienna and advised him to confess. He sent a pregnant Mia home when she was tired but decided against hiring Kieran Baldivis on learning of his history.