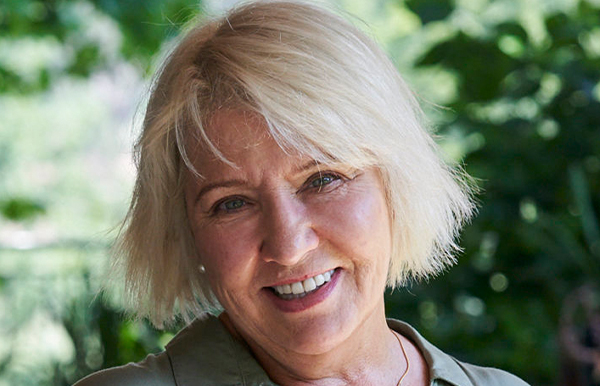 Wendy was first brought up along with her husband Ian when Jasmine was discussing her wedding invitations with Willow. Upon realising Robbo didn’t intend for her to meet his parents until the wedding, Jasmine pushed him to introduce them beforehand. Robbo capitulated and the pair drove to his parents’ property Glenwood Park in Mount Edgecombe.

Upon arrival, Jasmine and Robbo were greeted by his parents. A nervous Jasmine wasn’t buoyed when Wendy was immediately prickly towards her. Later, at lunch, Wendy was relentless in her third degree questioning of Jasmine, leaving Robbo and Jasmine slightly put off. After Robbo and Ian headed off to do some farm work, Wendy told Jasmine that she and Ian don’t approve of the marriage. She explained that it was hard on Robbo when his wife and children died, and she doesn’t want him to get hurt again. Jasmine conceded that she wouldn’t, but Wendy pointed out she already had, and she could do it again.

Jasmine went to help Ian and Robbo fix a fence and upon returning, it was tense between her and Wendy. Robbo picked up on this and he informed his parents that he loved Jasmine. He added that he was going to marry her and if she or Ian didn’t like it, then they would leave. Wendy and Ian had a chat and offered them the spare room, with a roast lamb for dinner.

Wendy and Ian had car troubles and were unable to attend the wedding ceremony.

After the birth of their granddaughter, Wendy and Ian visited Summer Bay to meet her. Wendy commented on how much she looked like Sophia. When Robbo went to put her down for a nap, Wendy and Ian discussed how small the apartment was and put the idea of moving to the farm to Robbo. He wasn’t sure of what to do and despite Ian and Wendy both trying to talk him into it, he decided to move. Wendy and Ian left town to prepare the farm’s cottage for the arrival of Robbo, Jasmine and Grace in four weeks.

Following Robbo’s death, Colby contacted Wendy to let her know. She and Ian rushed to Summer Bay to see Jasmine. After picking out an outfit for Robbo to be buried in, Wendy and Ian went to see Grace. The next day, Wendy attended Robbo’s funeral with Ian. She joined her husband at the lectern during his eulogy as he broke down. After promising Jasmine that she’s always welcome at the farm at the wake, Wendy returned to the farm with Ian.

Wendy returned a few weeks later to visit Jasmine when she thought she was pregnant. She came to the ultrasound and was shocked to learn that Jasmine wasn’t pregnant, even accusing her of faking it. After learning it was a phantom pregnancy, she was sympathetic. She offered Jasmine a place to stay if she ever needed to get away before heading back to the farm.

A few weeks later, Jasmine sought solace at the farm after being served with an AVO by Tori. She fit in quickly and made herself useful by helping Ian fence. Wendy was unsure about her intentions and let Irene know where she was. Feeling that she wasn’t telling them the whole truth surrounding her visit, Wendy and Ian asked Irene and Colby out.

Jasmine wasn’t happy with their arrival and refused to be talked into returning. However, after hearing the full story, Wendy and Ian confronted her and talked her into returning for Grace’s sake. As they said goodbye, Wendy embraced her, promising to see her next time they visited Grace and even though she wasn’t allowed to see her now, Wendy had faith Jasmine would fix things with Tori