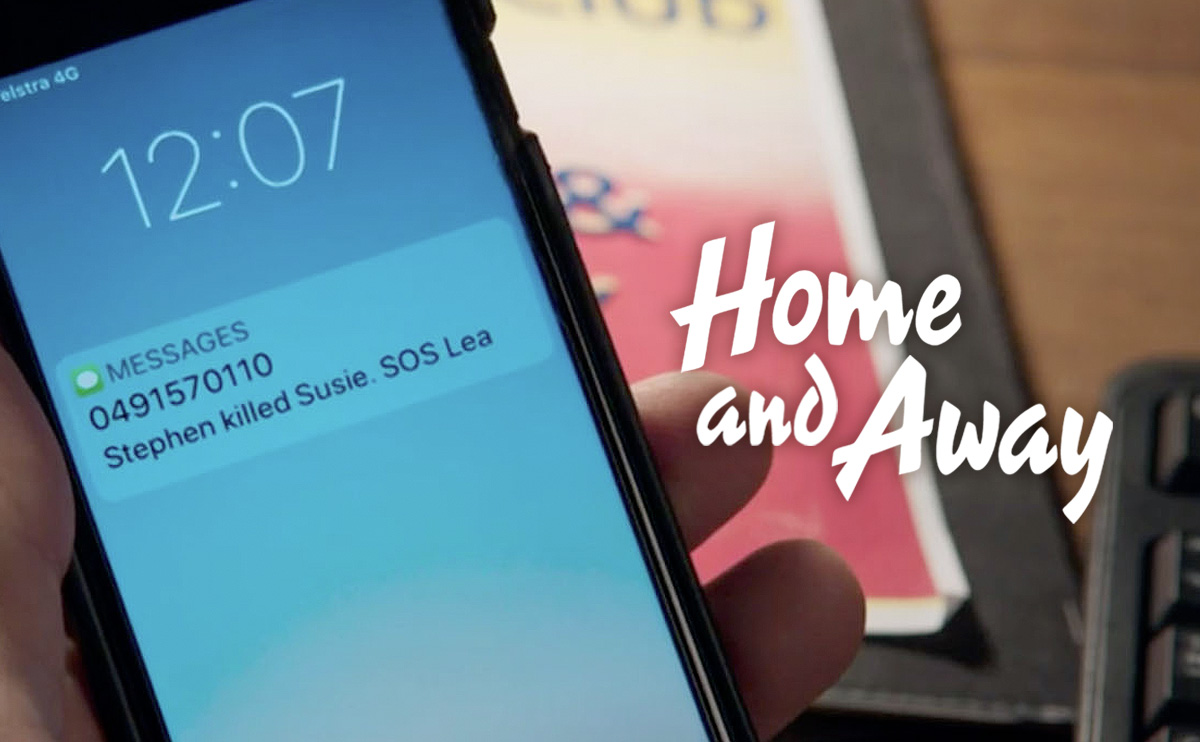 The latest Australian episodes of Home and Away have revealed the identity of Susie McAllister’s killer, but with a lot of questions yet to be answered. A new promo shows what’s in store next week, as the discovery of the truth puts another life in danger. 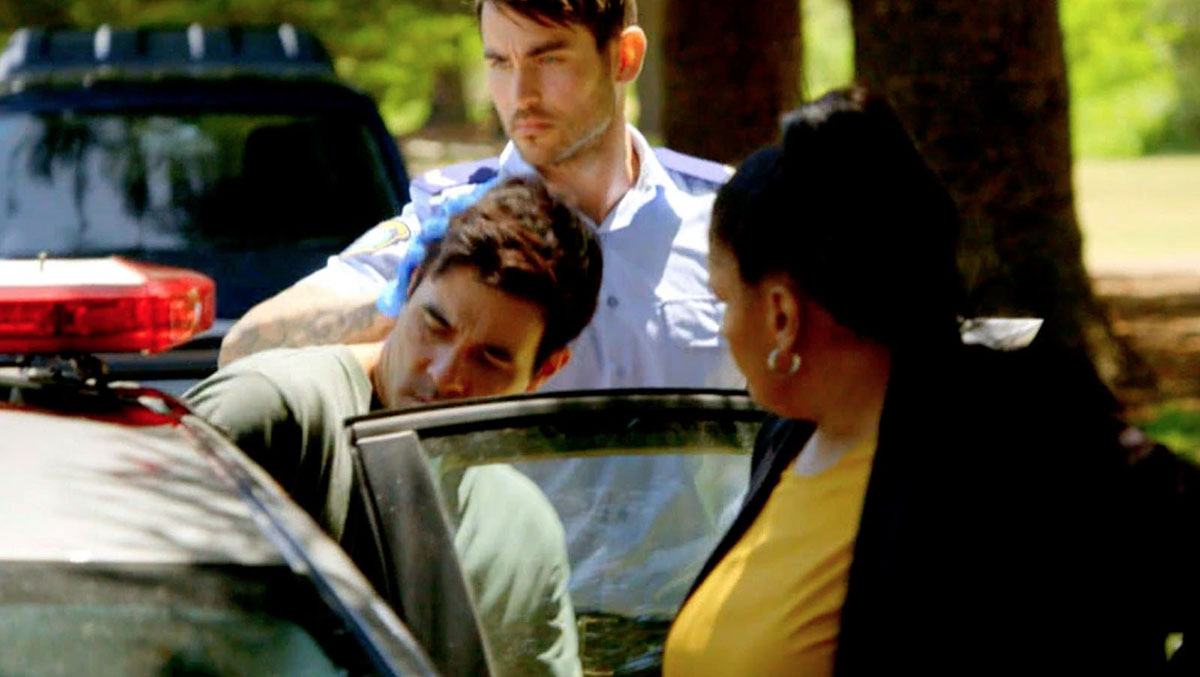 This last week of Aussie episodes has seen Justin Morgan (James Stewart) framed for the murder of Susie McAllister, as Senior Constable Cash Newman (Nicholas Cartwright) and Detective Amy Peters (Lisa Flanagan) discovered Susie’s smashed up phone in the back of his ute. 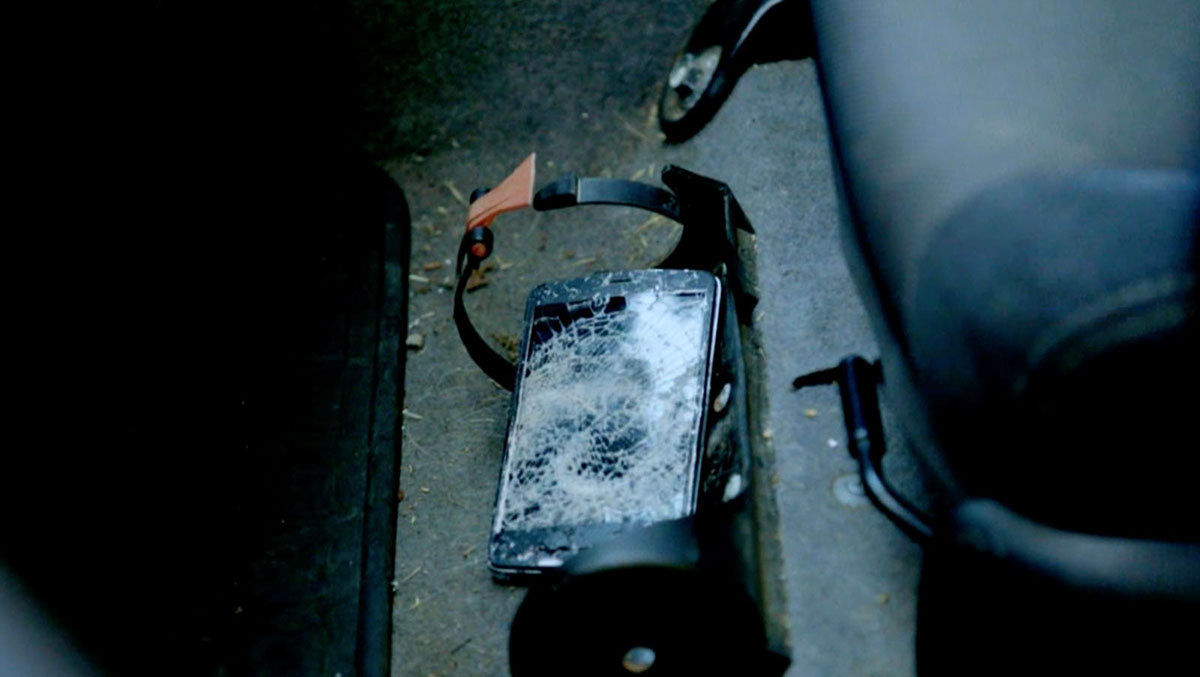 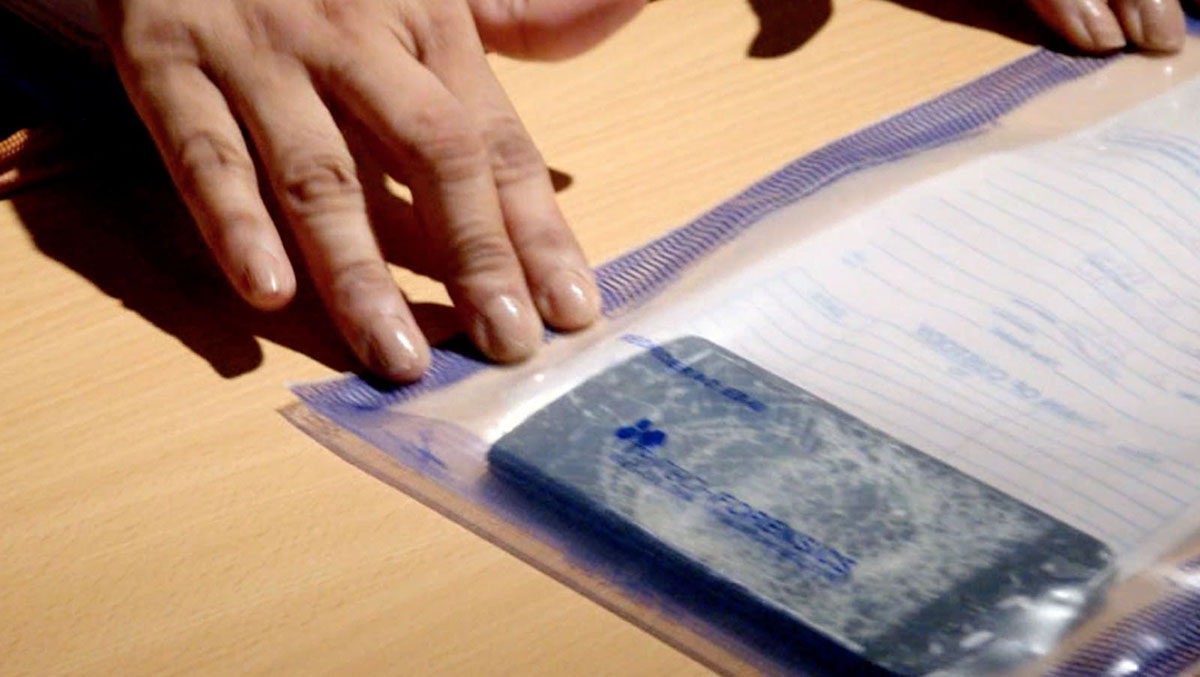 Detective Peters seemed convinced that Justin was to blame. He and Leah (Ada Nicodemou) had lost $90,000 in savings as a result of Susie’s fraudulent property transaction, giving him a big motive to want her dead. What’s more, his recent over-reliance on prescription meds to deal with his back pain has left him prone to violent mood swings, one of which saw him land Stephen (Bren Foster) in hospital. 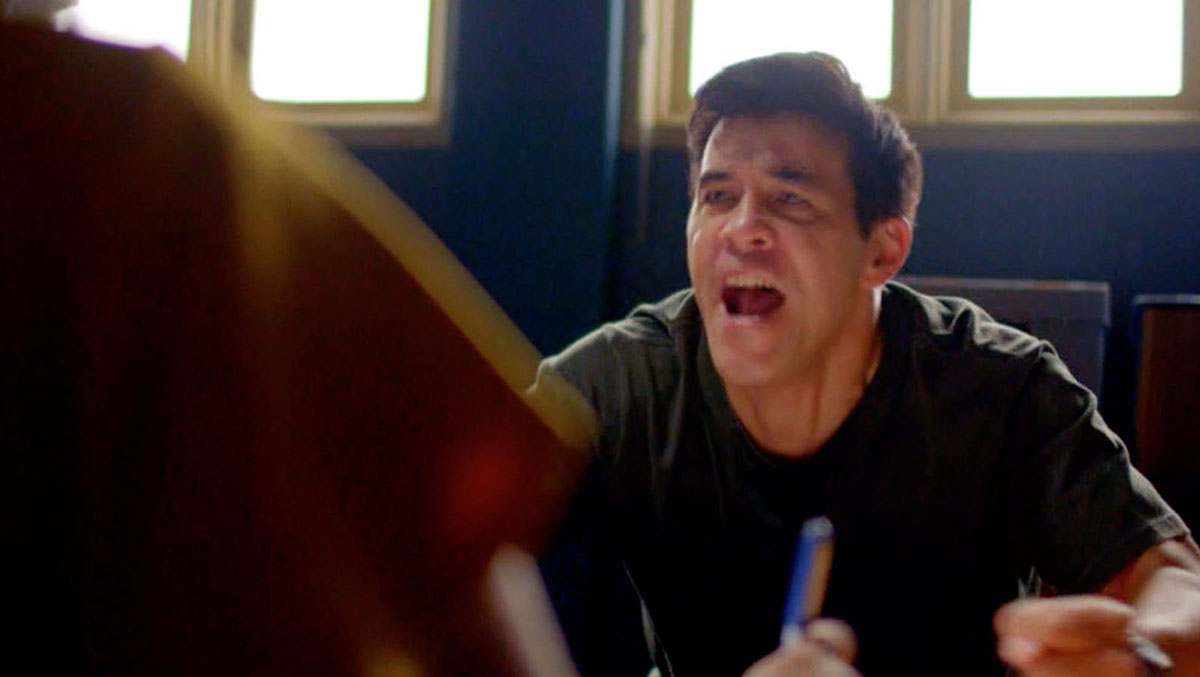 Despite his claims that he’d been set up, Amy took his increasing anger as yet more proof that poor Justin was cable of murder. Despite Justin’s attempts to suggest that Stephen may have been responsible, Amy is convinced that it’s him.

If that wasn’t bad enough, even Leah has started to have her doubts. Fuelled on by Stephen, who has been quick to remind her of Justin’s violent antics in recent months, she has for the first time considered the prospect that maybe Justin did lash out, and, in a fit of anger, kill Susie. 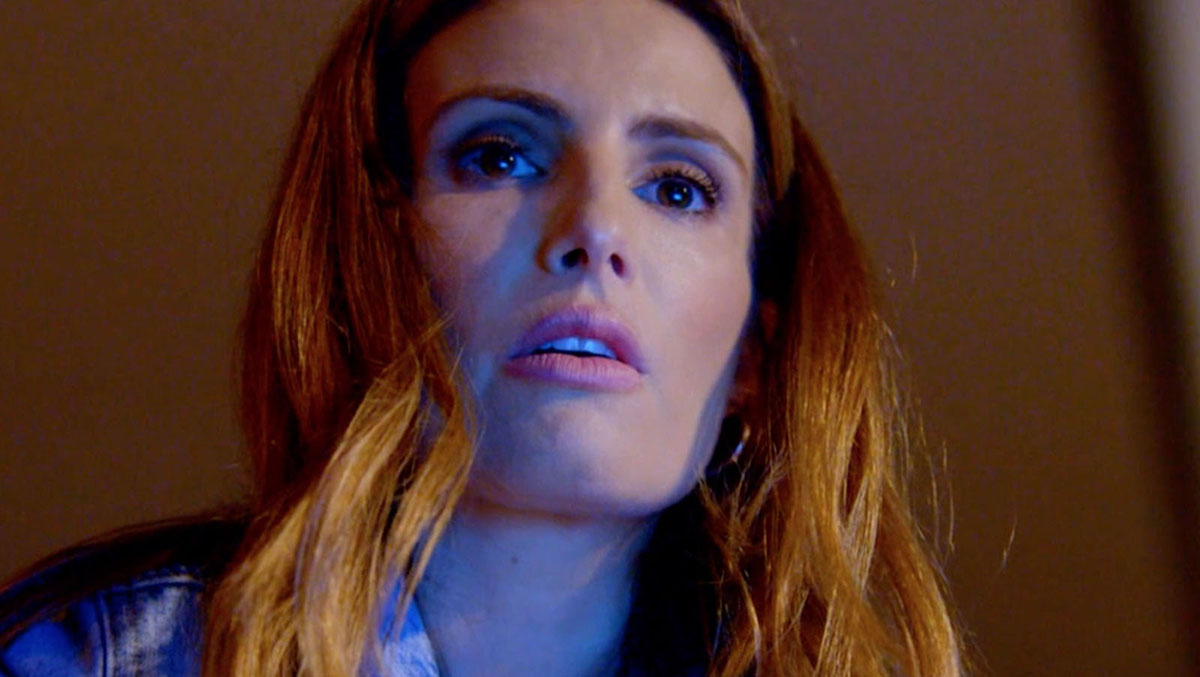 She turned to Stephen for comfort in Thursday’s triple bill in Australia, heading to his hotel room and leaning on him for support as she considered going to the police with her concerns. However, as teased in a promo last week, she finally discovered the truth about Susie’s reappearance in the waters off the bay. 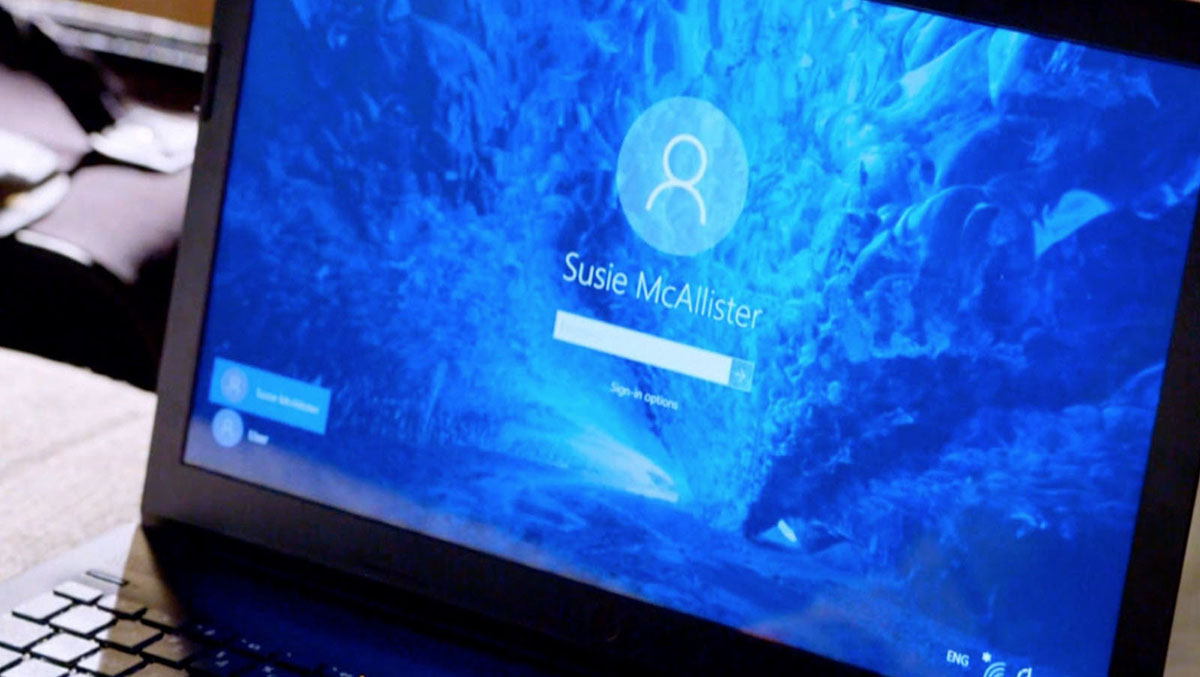 As Stephen headed to grab them some lunch, she found a switched off phone on his bed. Suspicious. Pulling the bed back revealed a black sports bag, which, when she opened it, contained thousands upon thousands of dollars in cash, along with a laptop.

Realising this seemed more than a little dodgy, she opened the laptop to reveal a login screen reading “Susie McAllister”. 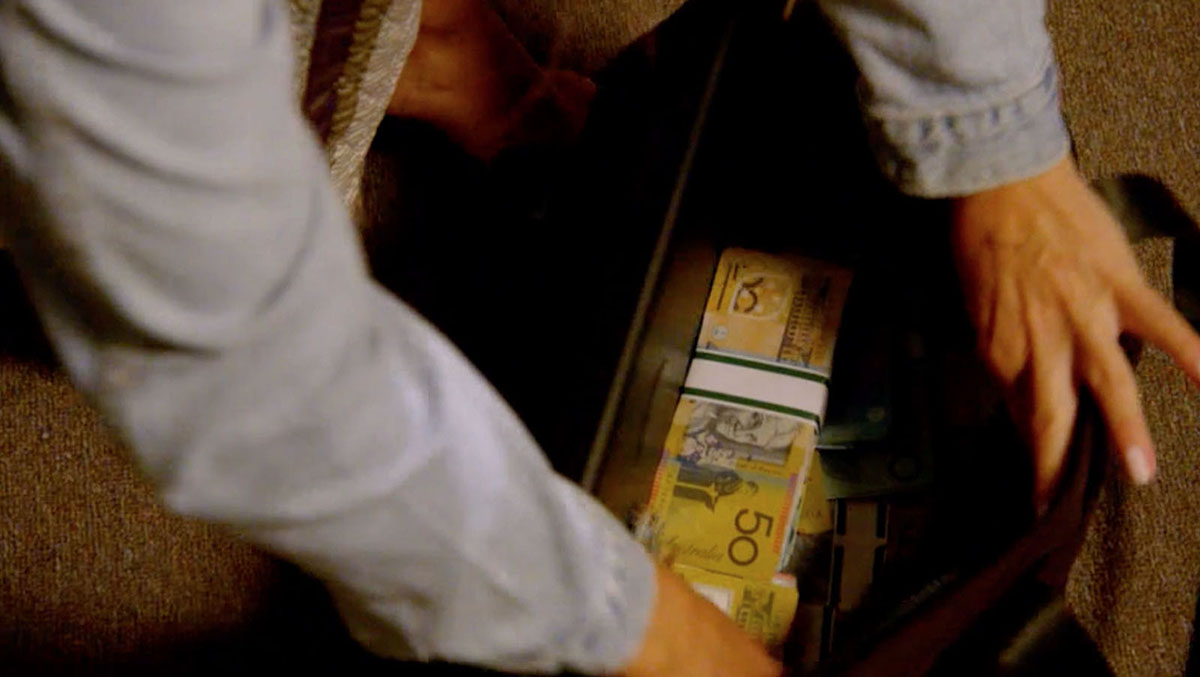 Just what would Stephen be doing with Susie’s laptop, and a mysterious second phone? It didn’t take long for Leah to realise that she was in the room of the man responsible for Susie’s death. Switching on the phone, she discovered the message history between “Susie” and John (Shane Withington) – the messages organising their failed meetup, the “Mr President” pet name that made John think the messages were legit.

In the dying minutes of the show, Leah managed to send a message from Stephen’s burner phone, just before he arrived back to his hotel room. She struggled to hide her suspicious behaviour, but did her best to pretend that things were normal.

As Home and Away returns to Australian screens after the weekend, it’s a race against time as the police try to get to Stephen before it’s too late. 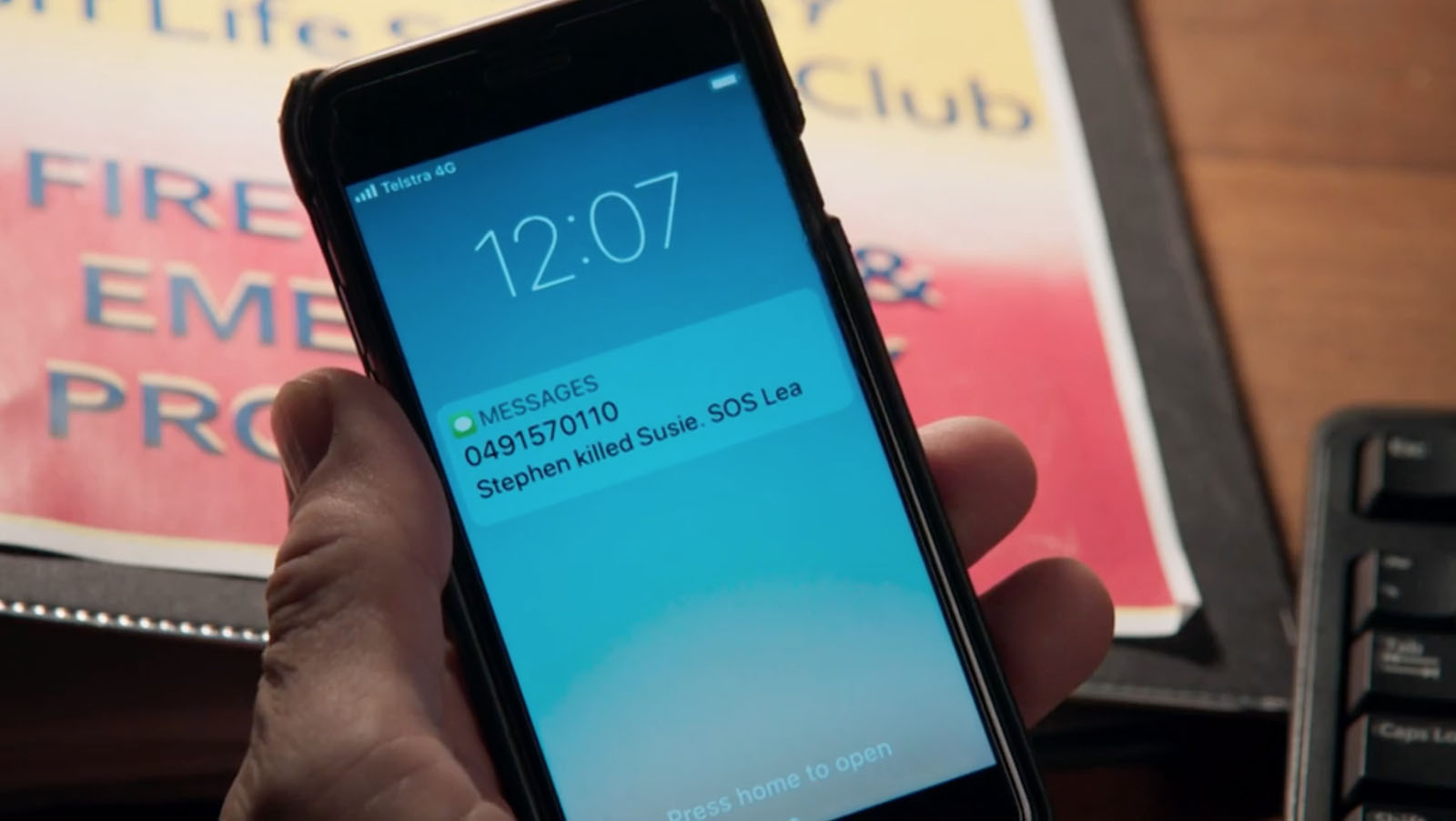 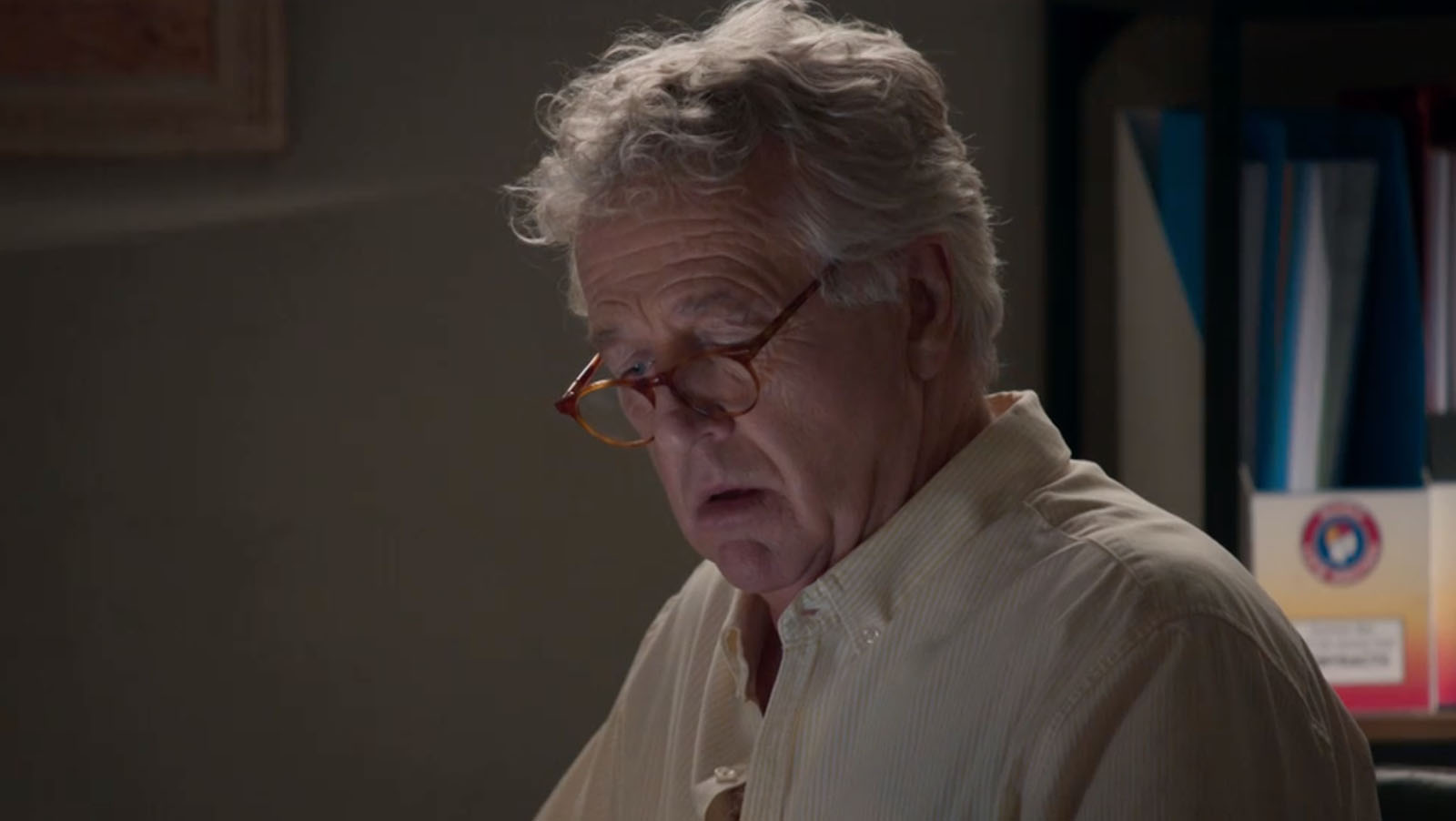 Leah managed to send a message to John from the phone, reading “Stephen killed Susie. SOS Lea”, and John can’t believe it when the message comes through in Monday’s episode.

As he rushes to Yabbie Creek Police Station to alert Cash and Amy, Leah is in her own race against time to get out of Stephen’s hotel room. She makes her excuses, telling him “I’m gonna go now,” but as she stands up to leave, the phone falls out of her pocket. 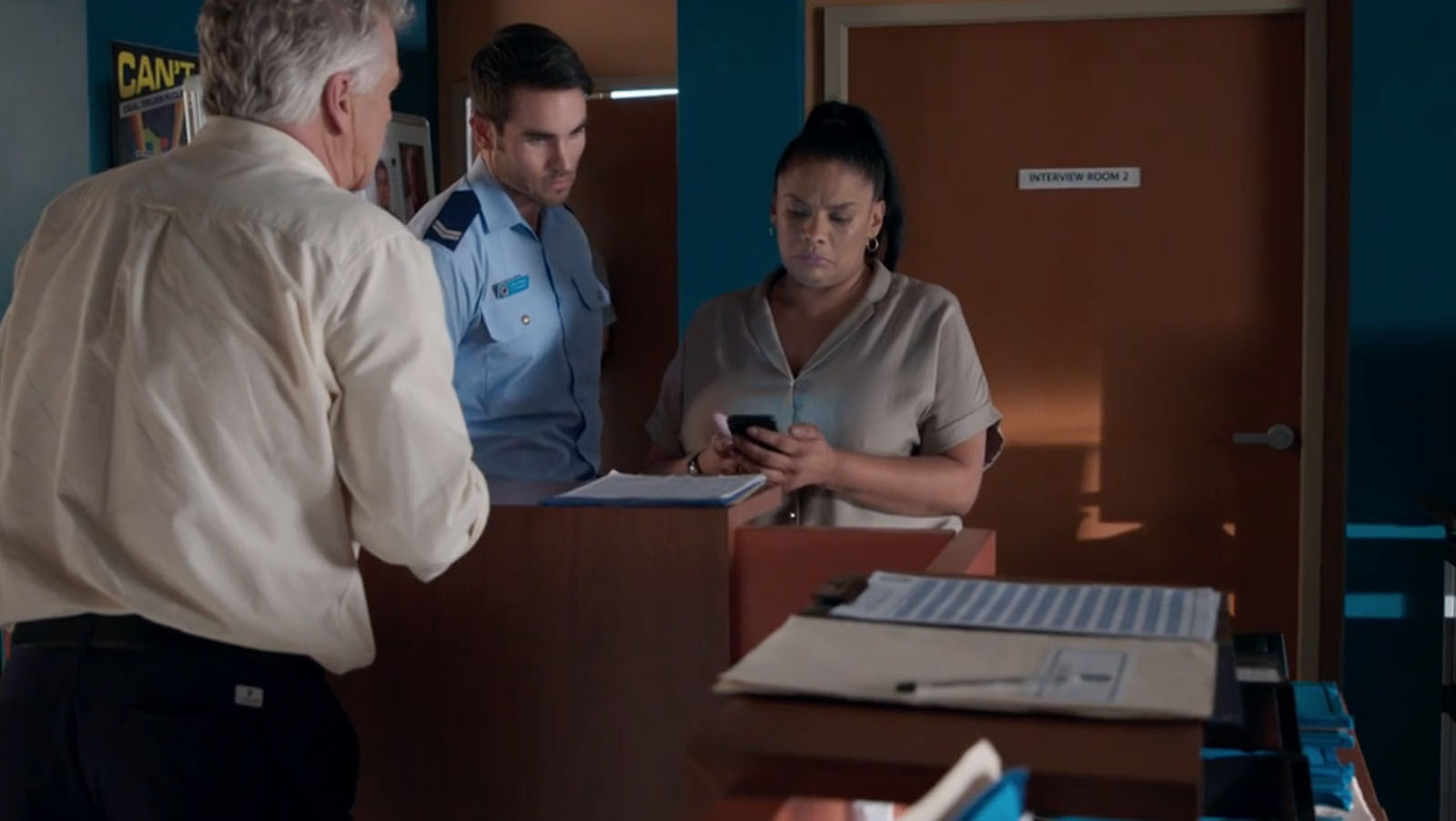 Back in Yabbie Creek, John shows the message to the detective. “It’s from the number we thought Susie was using to contact me.”

“If this is true, we don’t want to spook Stephen,” says Amy. Sadly, it’s too late for that. 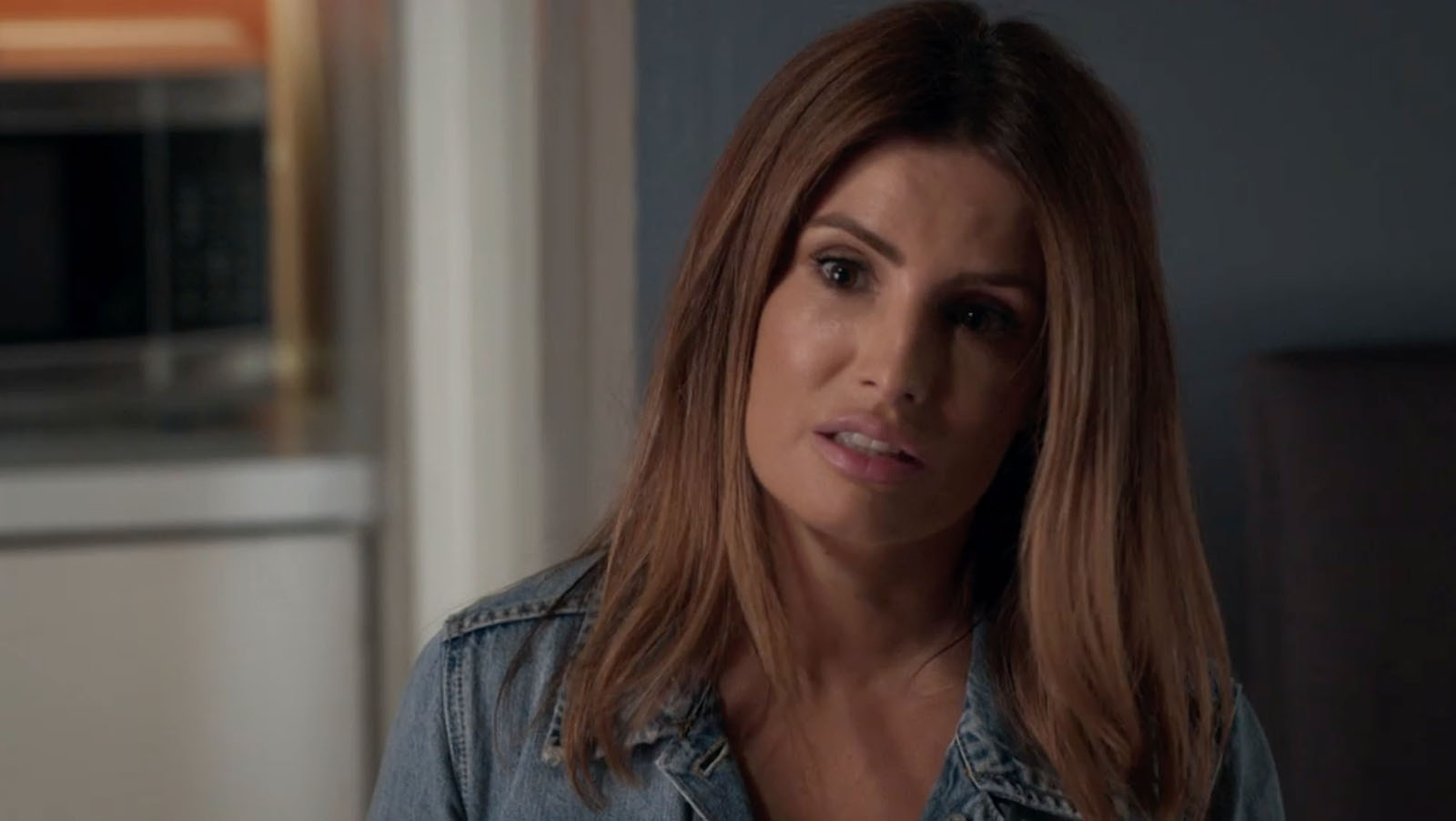 In Stephen’s hotel room, he and Leah look down at the burner phone lying on the bed. Within a second, Stephen comes to the realisation that the game is up. 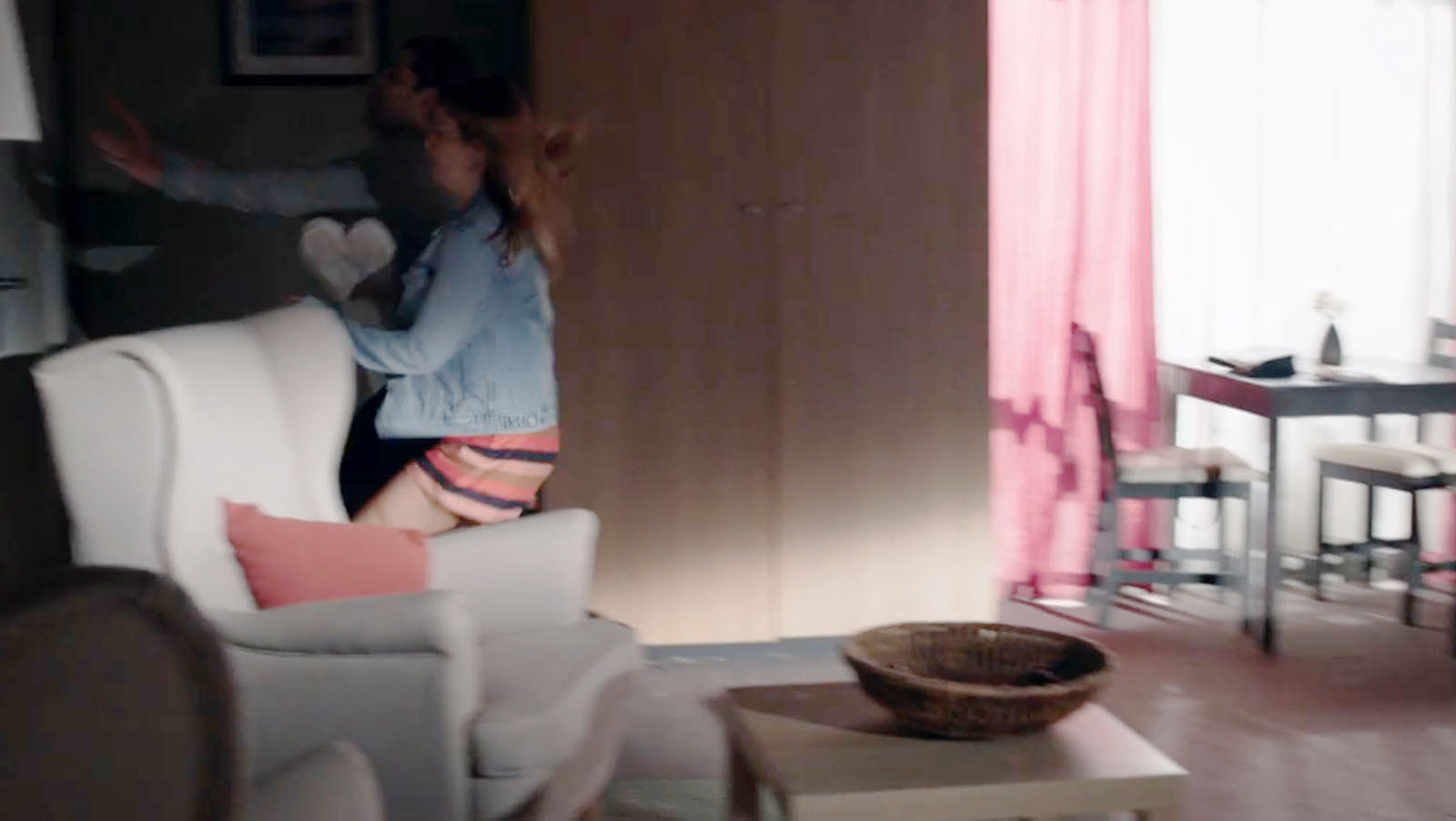 Leah tries to make a run for it, diving for the door, but it’s too late. Stephen jumps towards her and gets to the door at the same time, holding it closed so that she can’t escape. 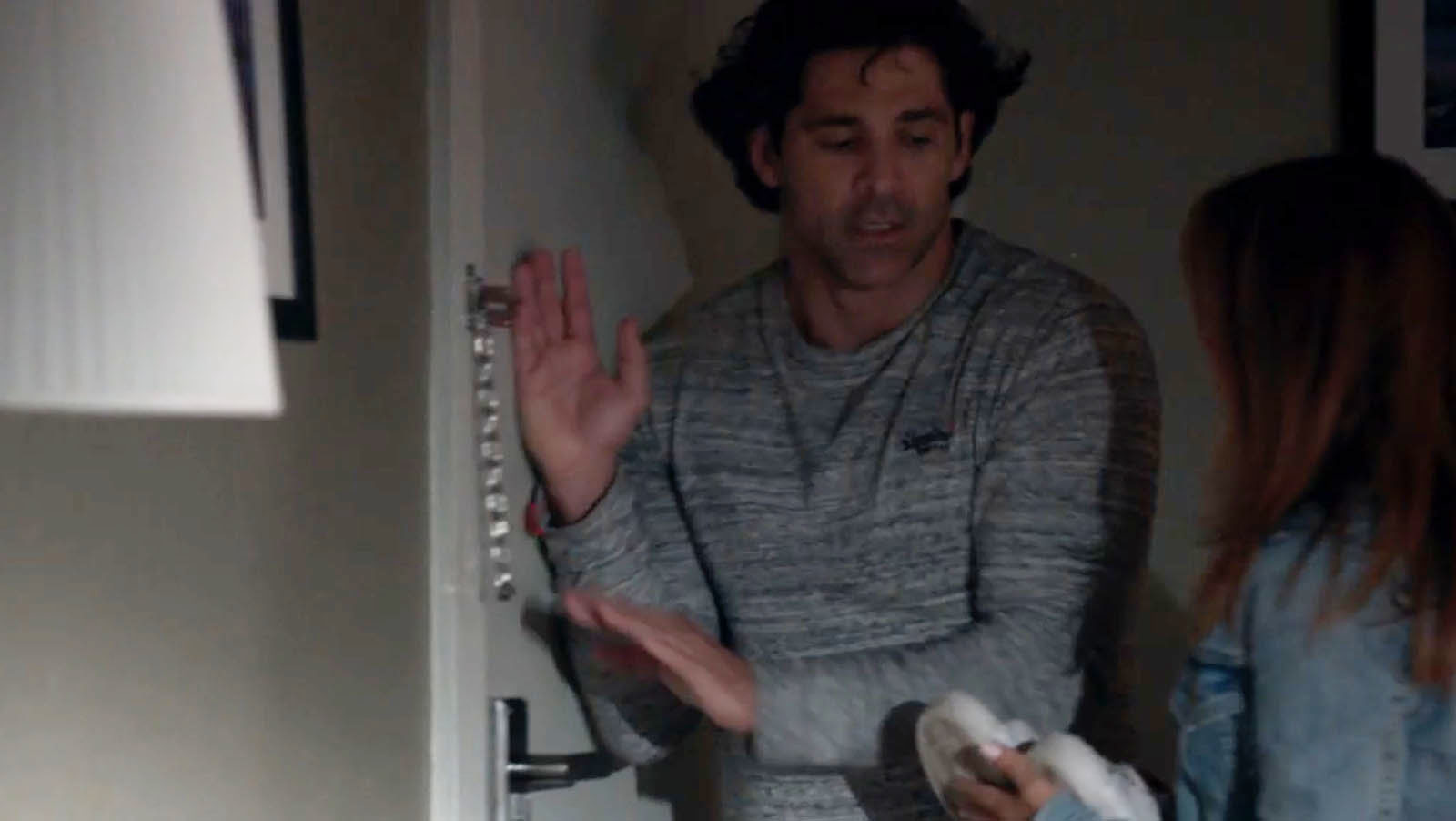 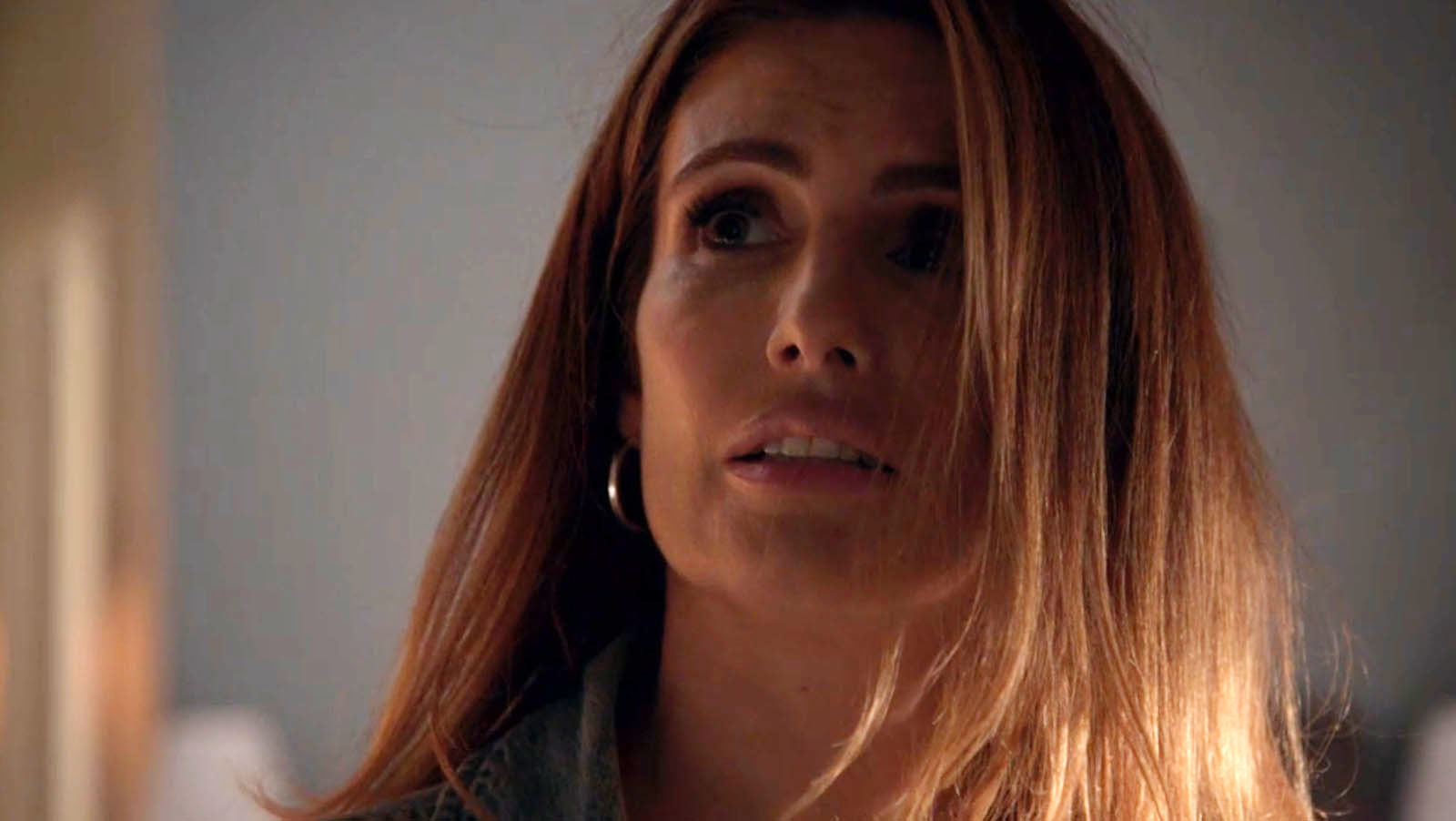 Leah tries to reason with him, but to no avail. “I’m not going to prison for Susie. She destroyed my life once already.” 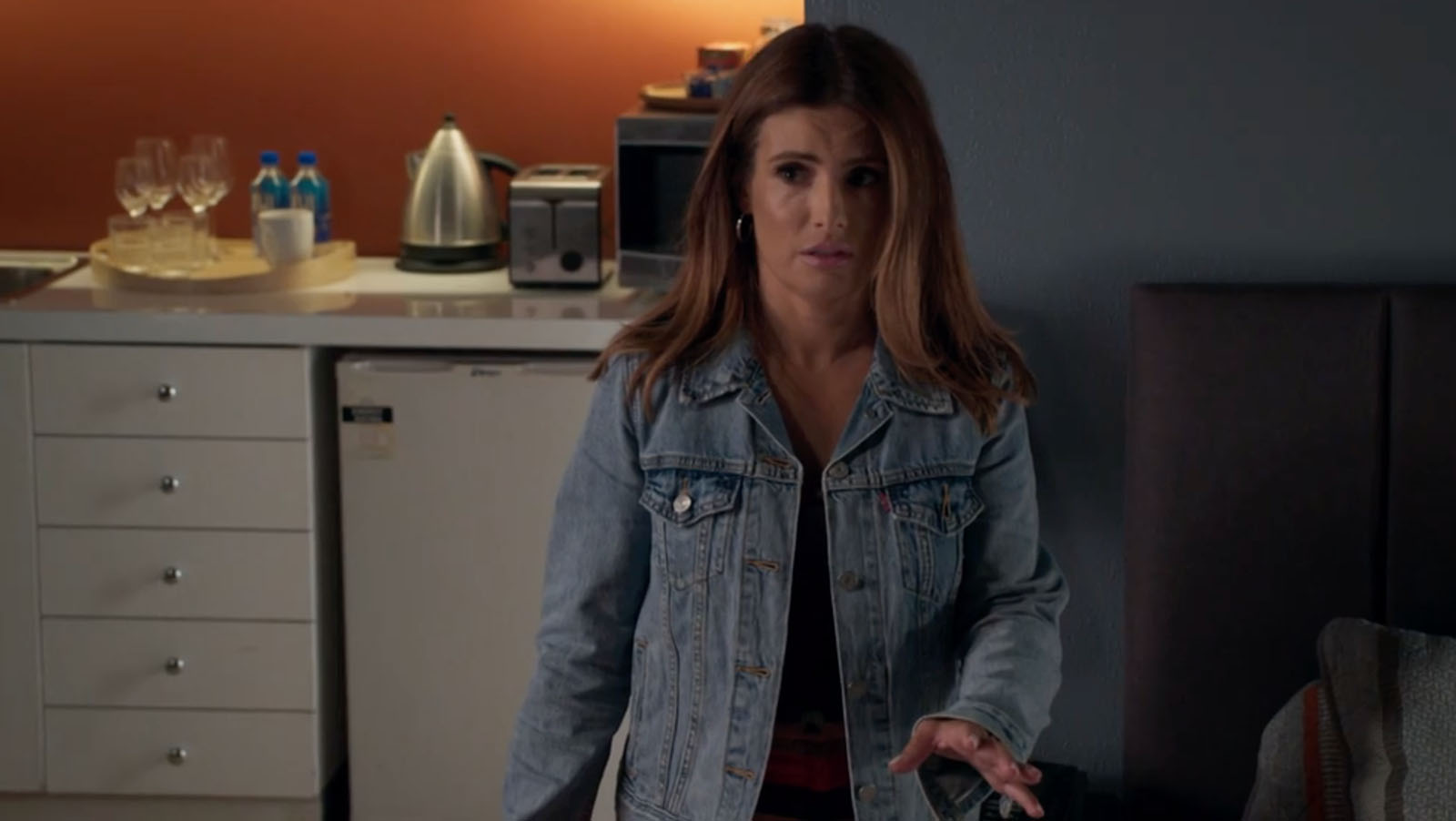 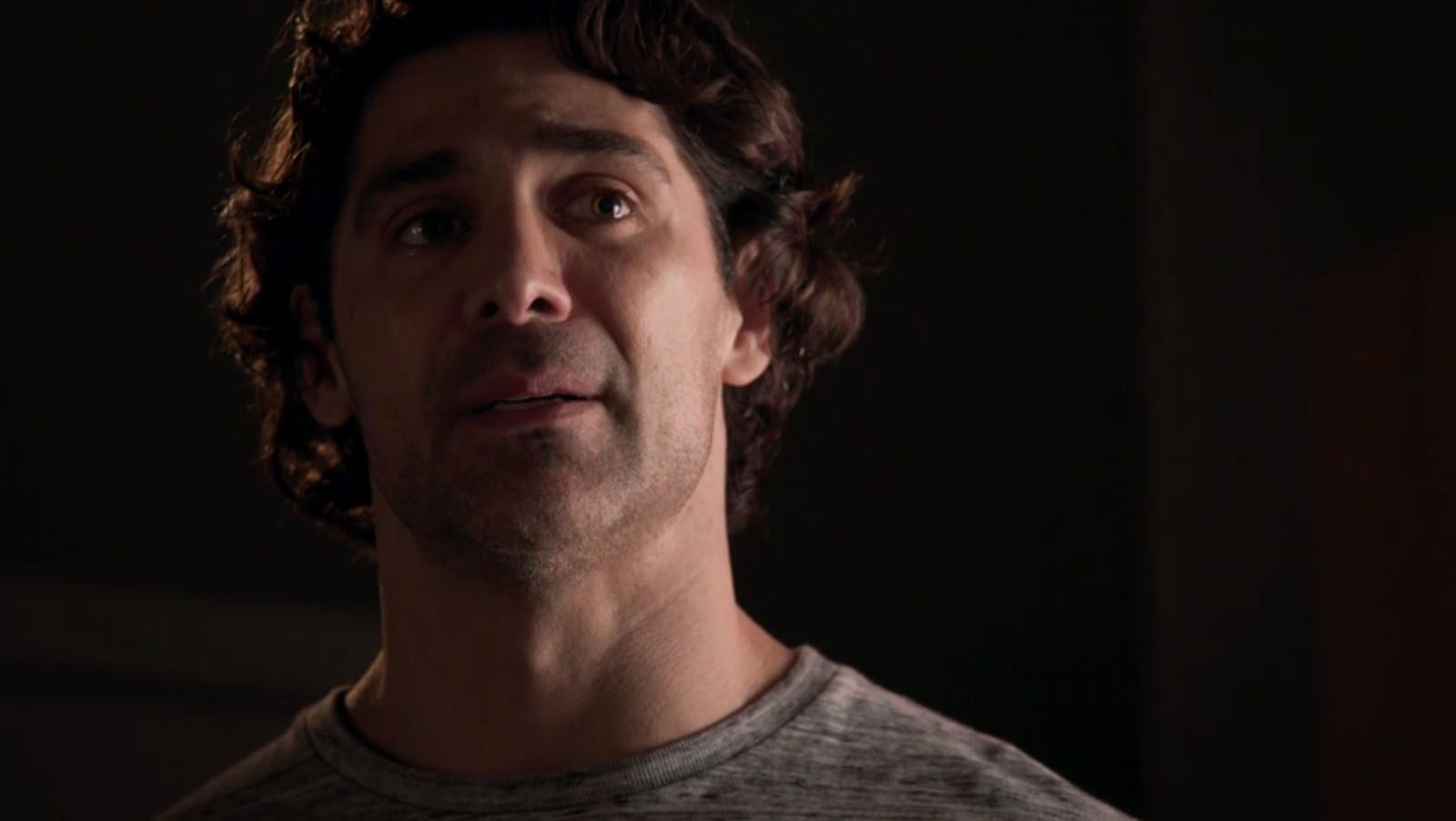 What does Stephen have planned now that Leah knows the truth? Will the police get to him in time before Leah becomes his next victim?

While we now know the person behind Susie’s death, the show has left us with countless unanswered questions. Just how did Stephen track down Susie in the first place? We know that Susie’s body had been in the water a while, before it was discovered by fisherman, but we don’t know how long.

Did Stephen dump it before he arrived in Summer Bay, or did he discover her body thanks to the clues that Leah and John had gained through their own search? And why did he try to pin the blame on both John and Justin, rather than simply fleeing himself?

Plus, how did he know about “Mr President,” Susie’s pet name for John? 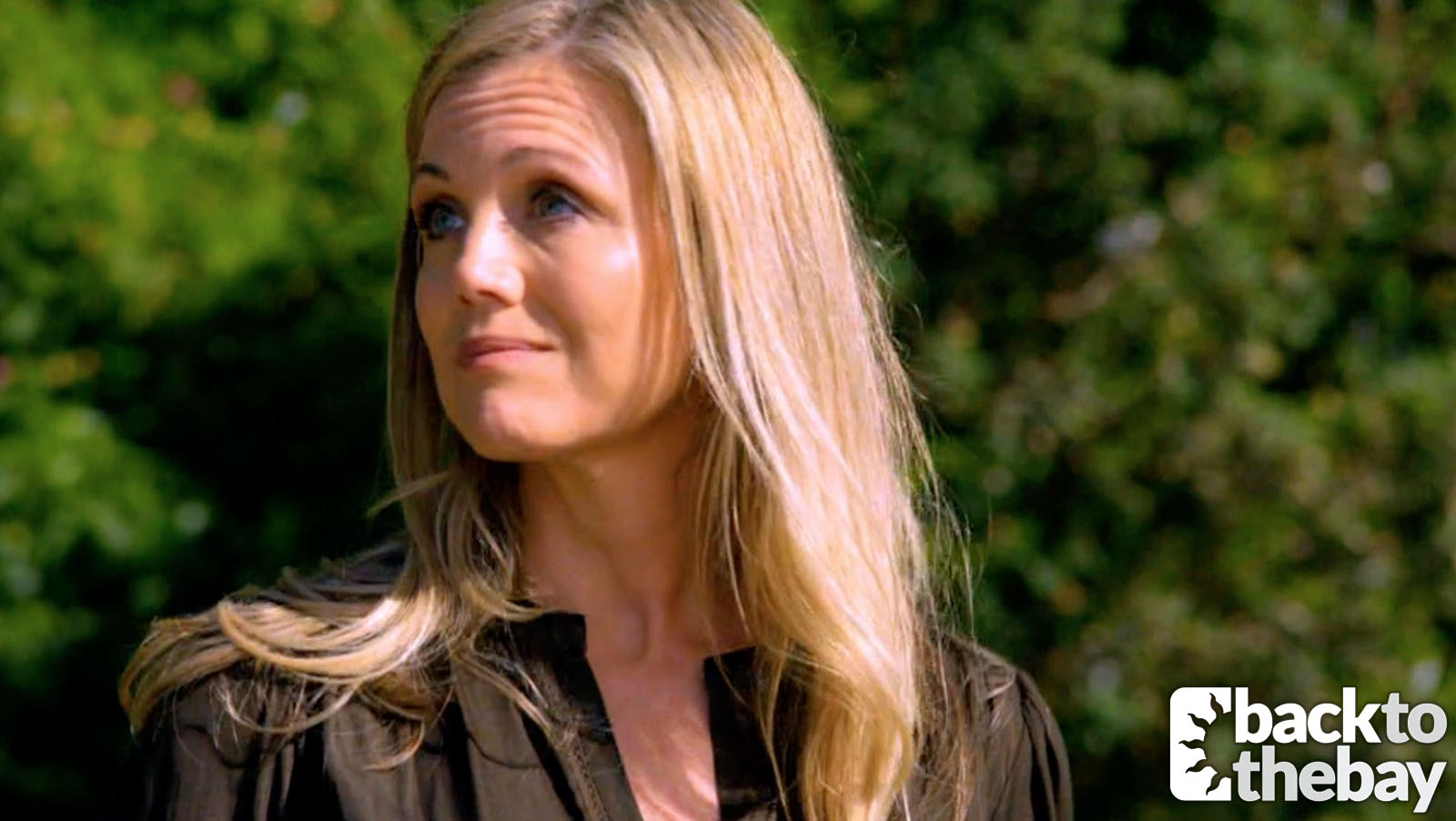 Oh, how exactly did he have Susie’s thousands of dollars in his possession? Are we to believe that Susie still had that amount of cash on her, months after leaving Summer Bay behind?

Hopefully all those questions will get answered when Home and Away returns to Aussie screens on Monday. These scenes will air in the UK in around 6 1/2 weeks, with Leah discovering the truth on Tuesday 17th August.