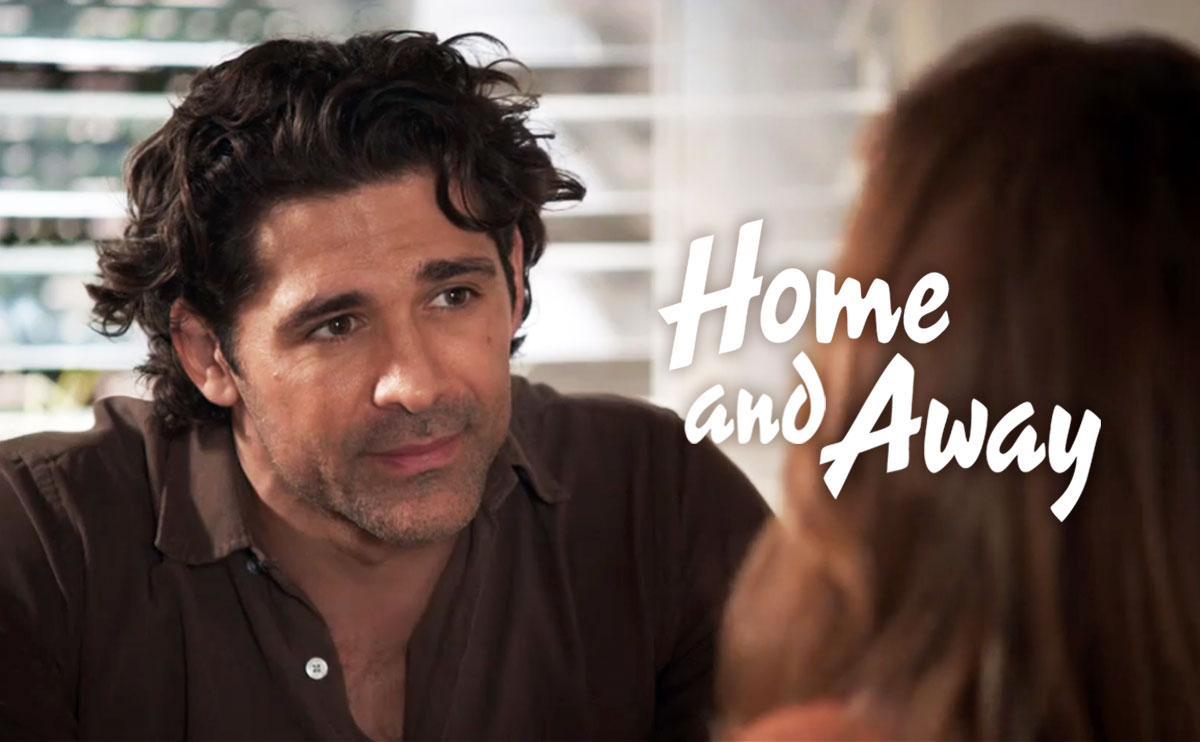 On this week’s Home and Away in Australia, Justin takes his anger out on Stephen as he still refuses to admit he’s addicted to his pain medication. 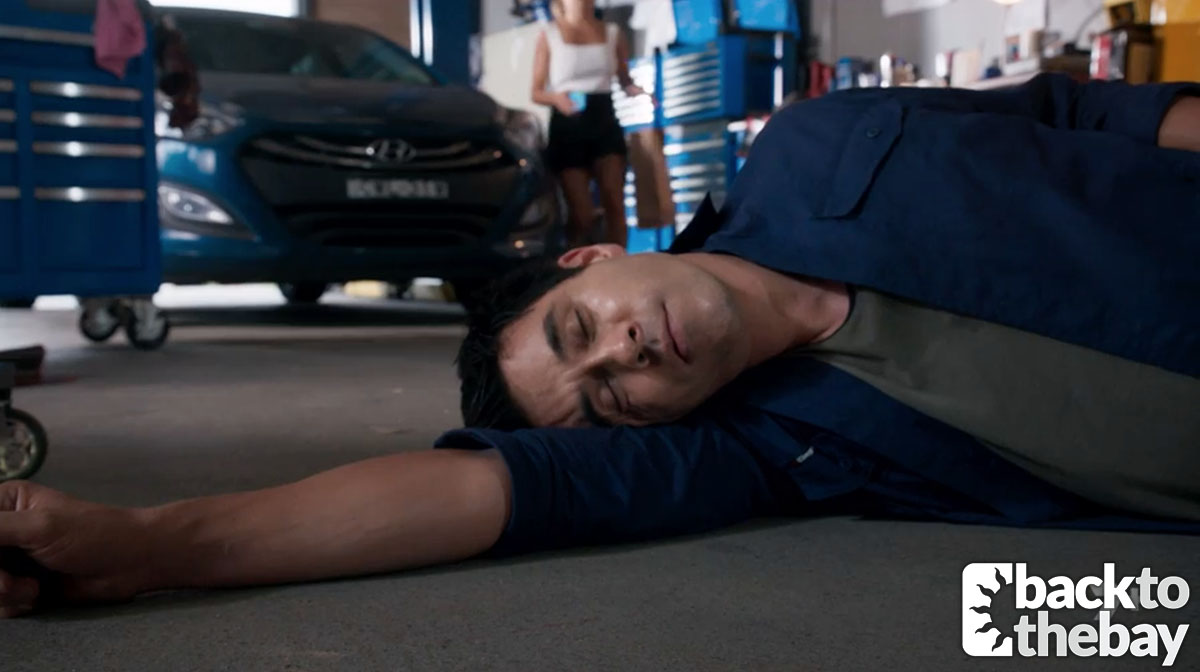 In last week’s dramatic episodes, Justin (James Stewart) collapsed at the garage as a result of purchasing painkilling medication online.

He was rushed to hospital, where Tori (Penny McNamee) struggled to explain the reason for his collapse. Her initial suspicion was that he’d been exposed to some toxic at the garage, like a dangerous chemical, but it didn’t seem to fit. Could it be the carcinoma on his spine again, questioned Leah? 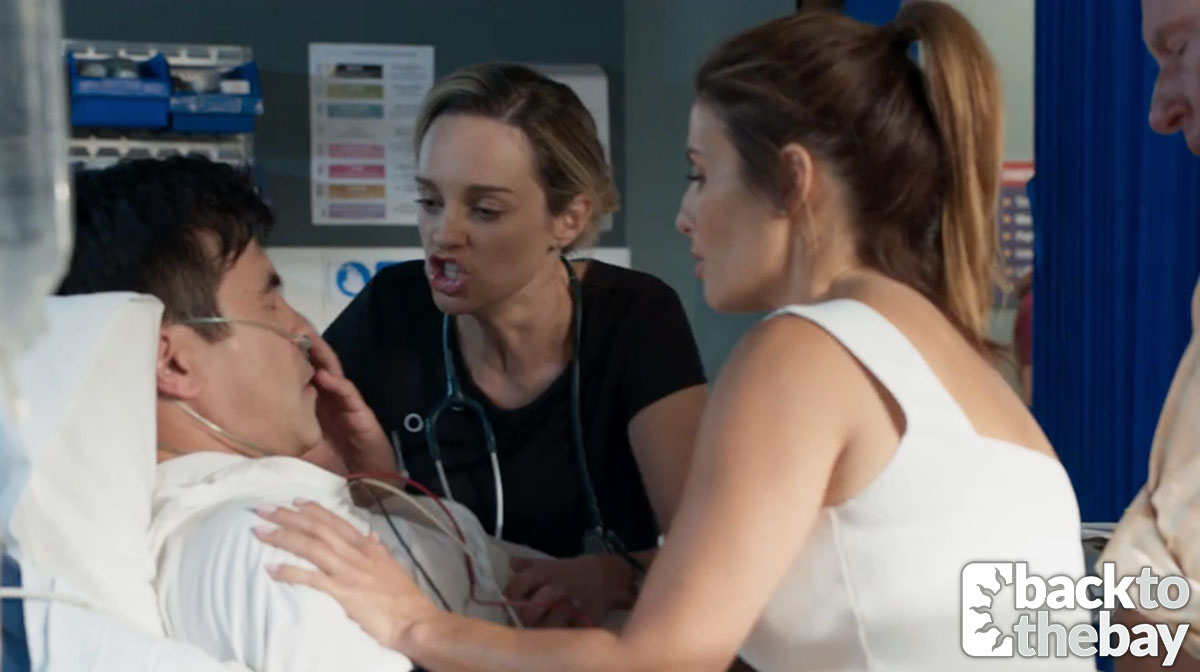 When he suffered a seizure, it was clear this was something more than his back issues flaring up. When Tori questioned whether it was something he’d taken, Leah (Ada Nicodemou) revealed that Justin wasn’t even taking his painkillers any more. While Tori was shocked, Leah reassured her that he’d stopped after a one-off double dosing incident, and that Justin now has everything completely under control.

However, Tori was clear that his current symptoms weren’t a result of him going cold turkey; if anything, they fit with him having taken too many. It didn’t take Leah long to realise that she’d completely missed the warning signs, and that Justin had been lying to her. 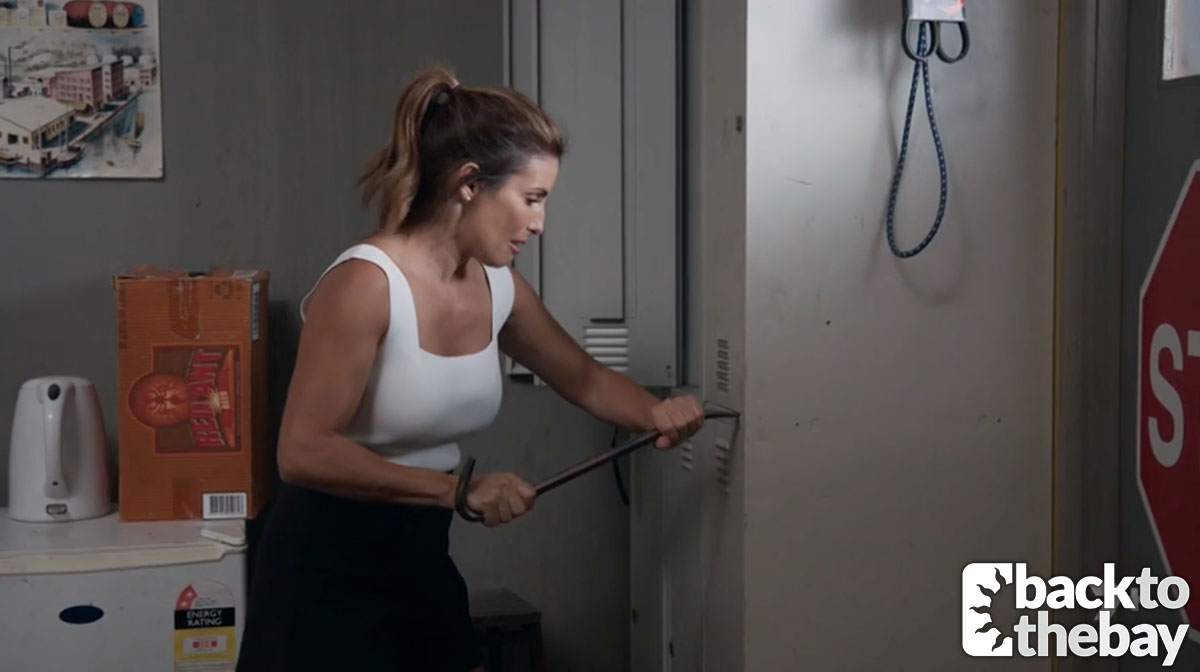 She and Alf (Ray Meagher) headed to Summer Bay Auto to see if they could find anything stashed away, and were stunned when they discovered a whole stash of a mysterious medication in one of the locked cupboards. They were a medication that Tori had never even seen before, and it soon became clear that he’d ordered them online. 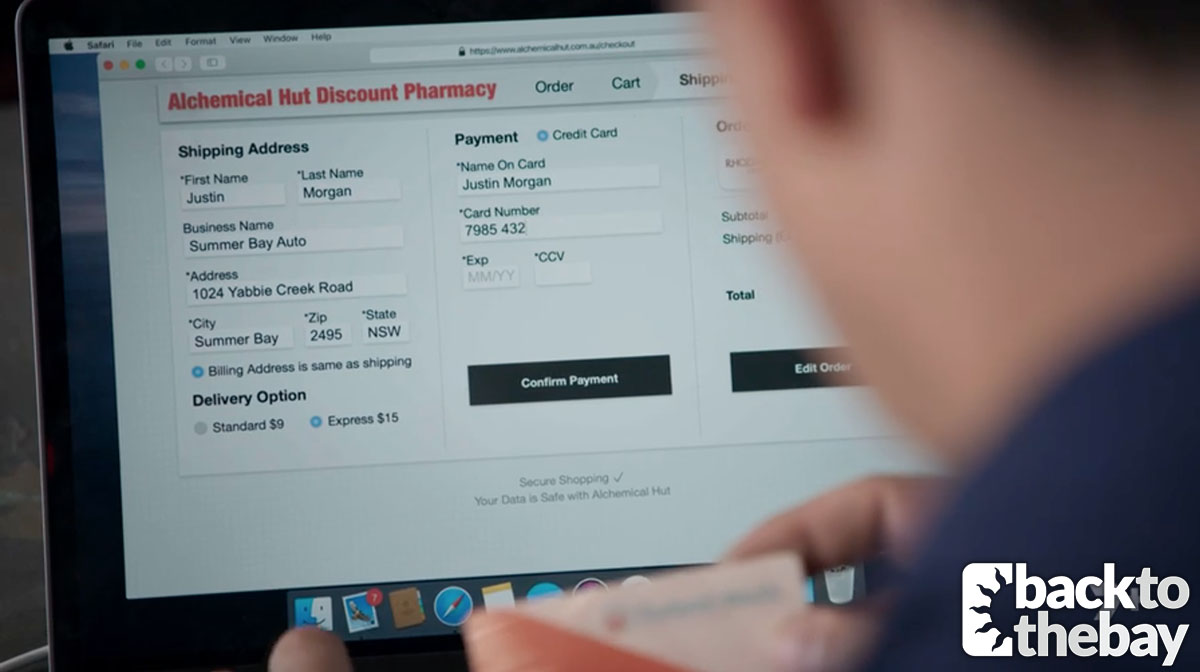 While they shared the same active ingredient as his normal pain meds, Tori explained that they could have been cut with anything, and that’s clearly what resulted in his collapse and seizures. 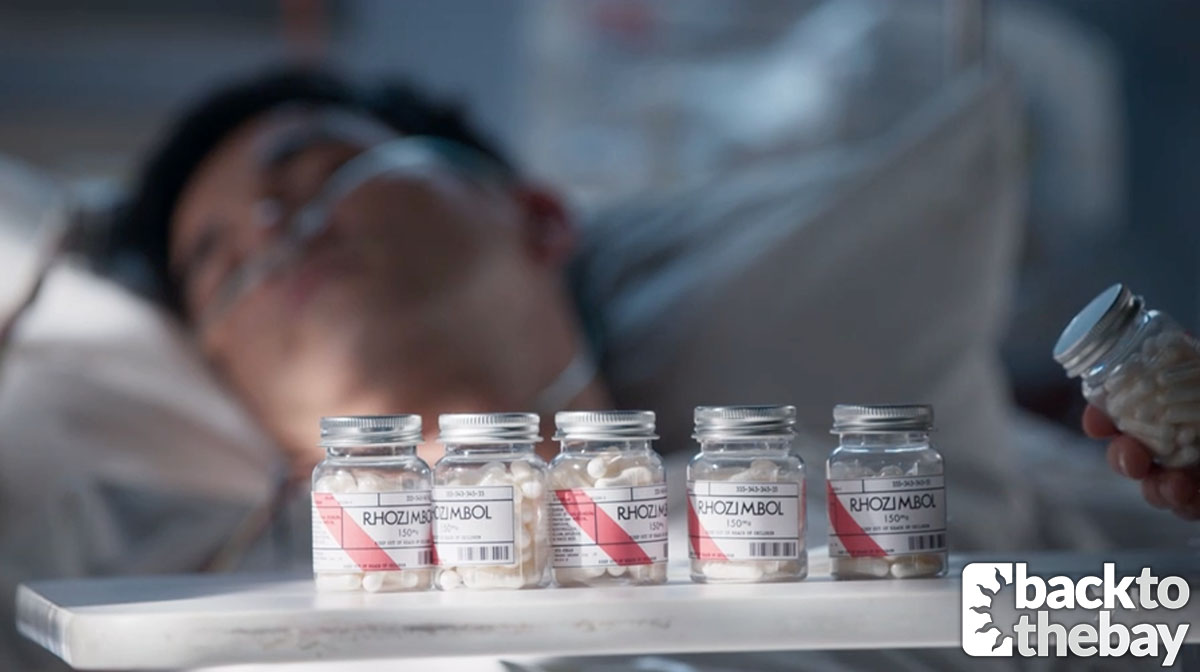 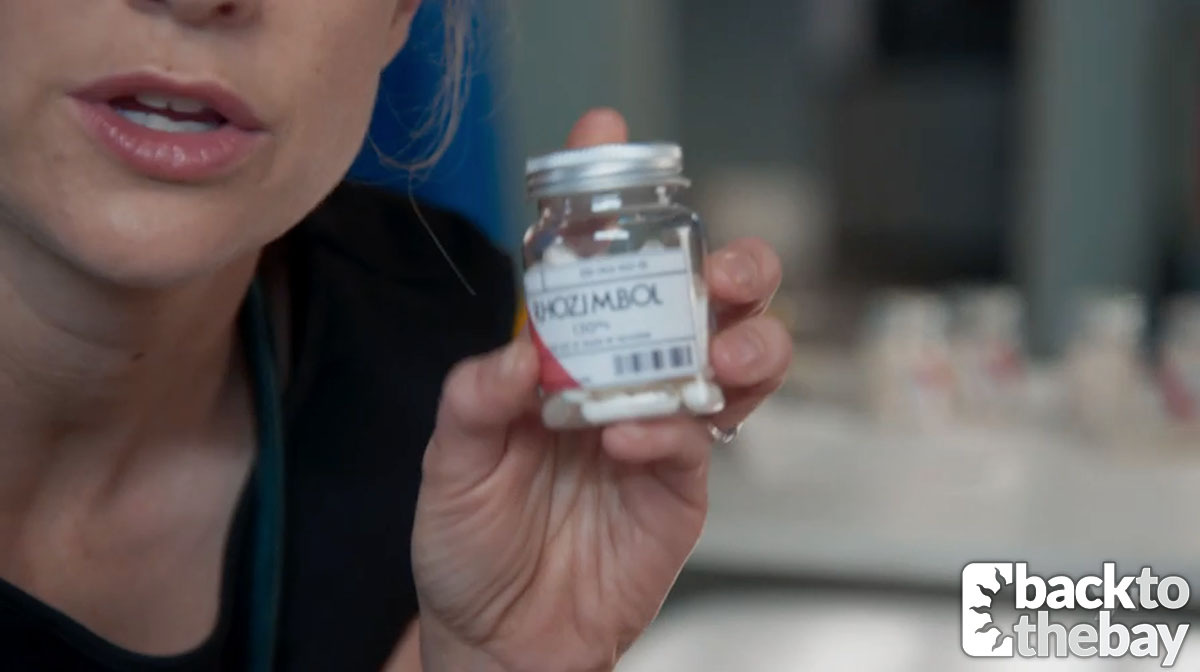 Justin thankfully came to, but his lucky escape made no difference to his behaviour. Rather than being apologetic, he refused to admit he had a problem, and saw nothing wrong with what he’d done.

He got more and more aggressive and argumentative with Tori and Leah, and it’s now clear that he’d rather push everyone away than admit that he’s developed an addiction. 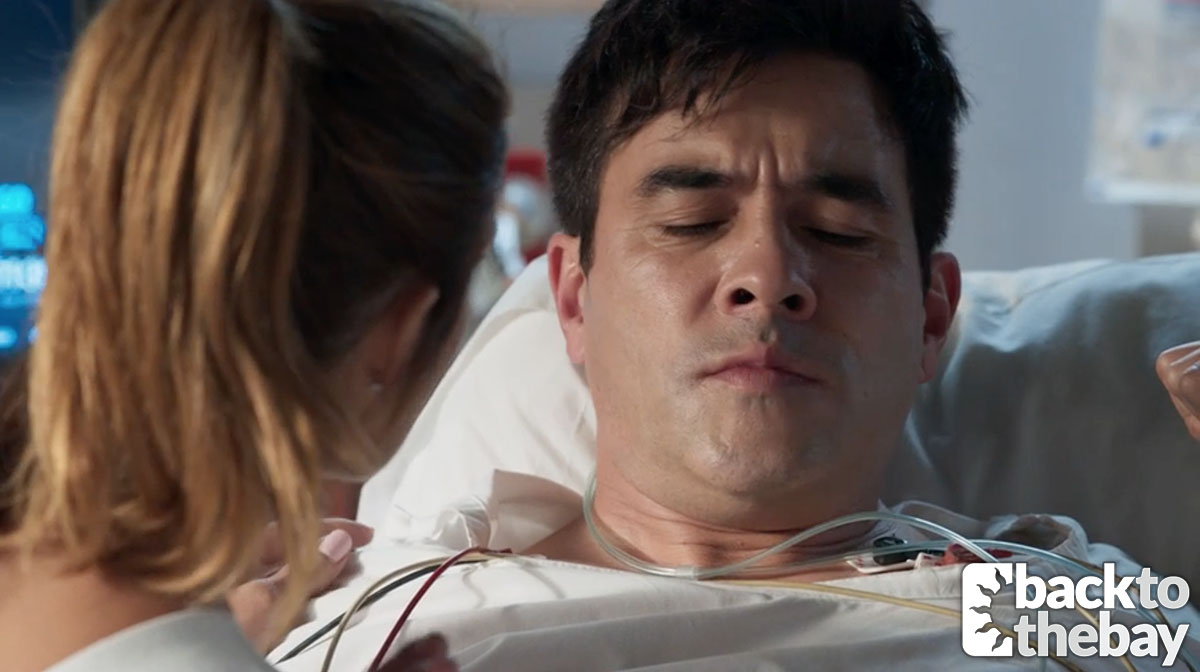 He even tried to check himself out of the hospital. When Christian (Ditch Davey) tried to stop him, he pushed his friend and former doctor up against a wall, his arm up against his neck! 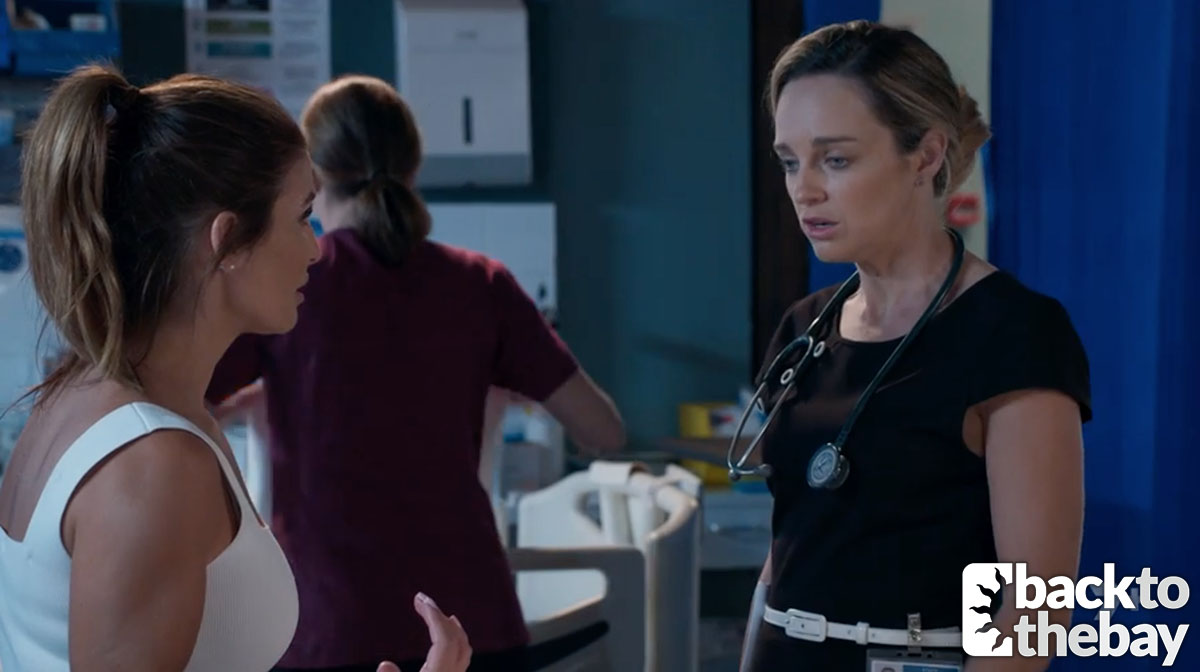 As we rejoin the action this week, Justin is more out of control than ever. Despite almost dying, he’s still desperate to get hold of more pills. Ziggy (Sophie Dillman) may no longer be an employee of Summer Bay Auto, but thankfully she makes the decision to head there this week, where she discovers Justin’s newest stash of tablets.

She calls Leah, who comes over and helps clear them out, moving them into Ziggy’s car where Justin can’t get hold of them. Yet unfortunately for them, Justin turns up just at the wrong moment. Sensing that something’s up, he demands that Ziggy show him what’s in the boot of his car.

He threatens her when she refuses, leaving both her and Leah scared by his menacing demeanour.

In another desperate hunt for pain relief, he searches the house for medication in the middle of the night. When he can’t find any, he knows Leah has hidden them all, and begins trying to search her! She’s forced to hide in their bathroom, terrified as Justin pounds on the door.

With their relationship on a cliff edge, surely Leah can’t put up with his erratic and now threatening behaviour for too much longer? 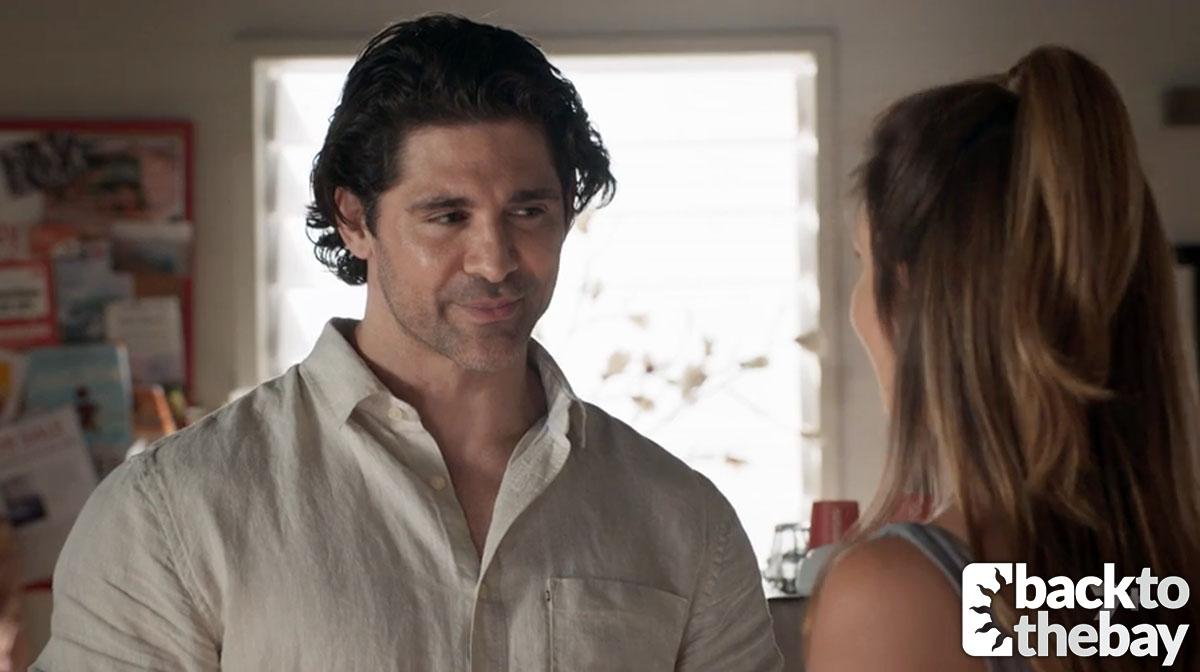 The only person that Leah has been able to turn to recently is Stephen (Bren Foster). They met on the Scam Stop forum, bonding over their shared experience of being scammed by Susie McAllister (Bridie Carter).

He seems genuinely interested in her, and they’ve already shared a few beachside walks as Leah offloads her issues. 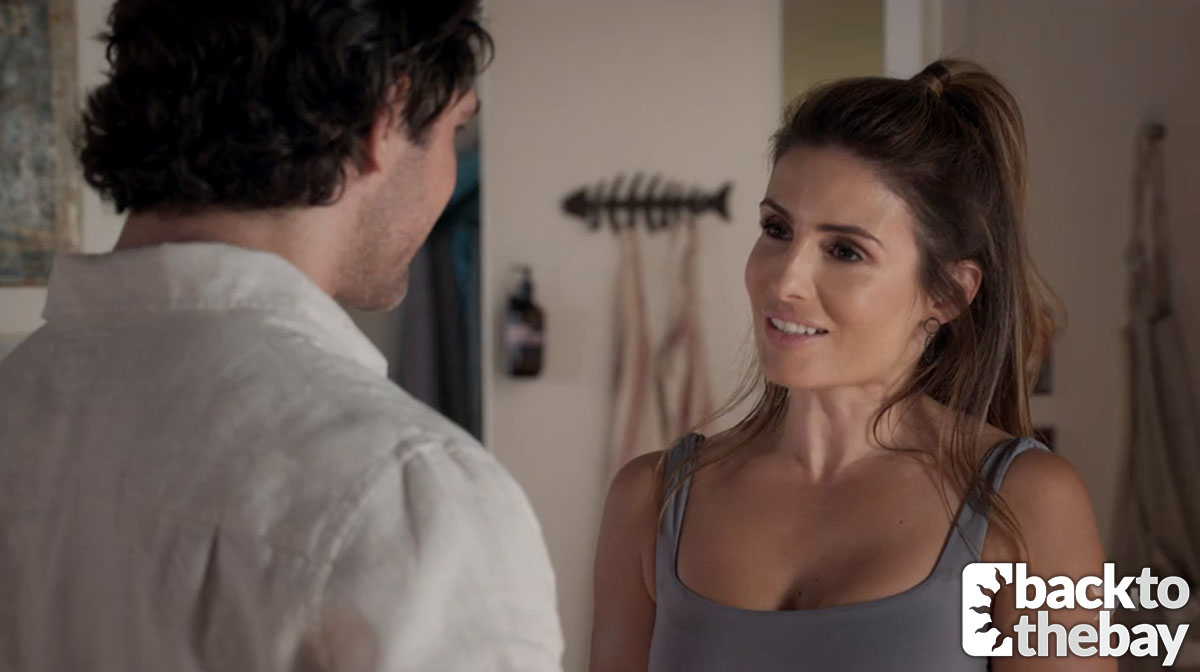 It’s a purely platonic friendship, but when Justin watches his girlfriend and the newcomer together, jealousy gets the better of him. When Stephen gives Leah a comforting hug, simply to make her feel better after everything she’s been through of late, a rage begins to build up inside Justin. 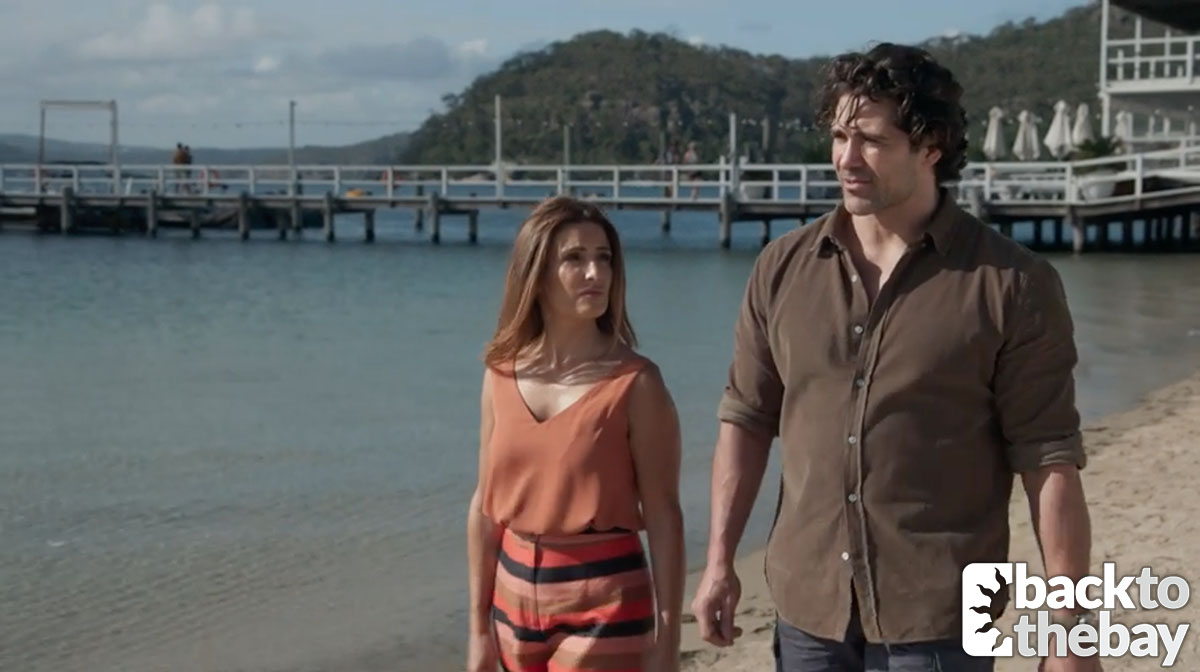 Anger getting the better of him, he confronts Stephen as soon as he’s alone. In a completely out of character move, he beats Stephen up and knocks the poor guy to the ground!

How will Leah react when she finds out the latest development in Justin’s erratic behaviour?

Nikau and Bella see different values in a photo. Sienna gets some ammo. Where’s Mackenzie? What will Kieran’s lawyer say?

Nikau gives Sienna an ultimatum. Is Christian’s professional boundaries starting to fray? Alf and Roo get their priorities right.

Justin crosses a line that could bring his world undone. Rachel’s big day out ruffles a few feathers. Ziggy makes a shocking discovery. 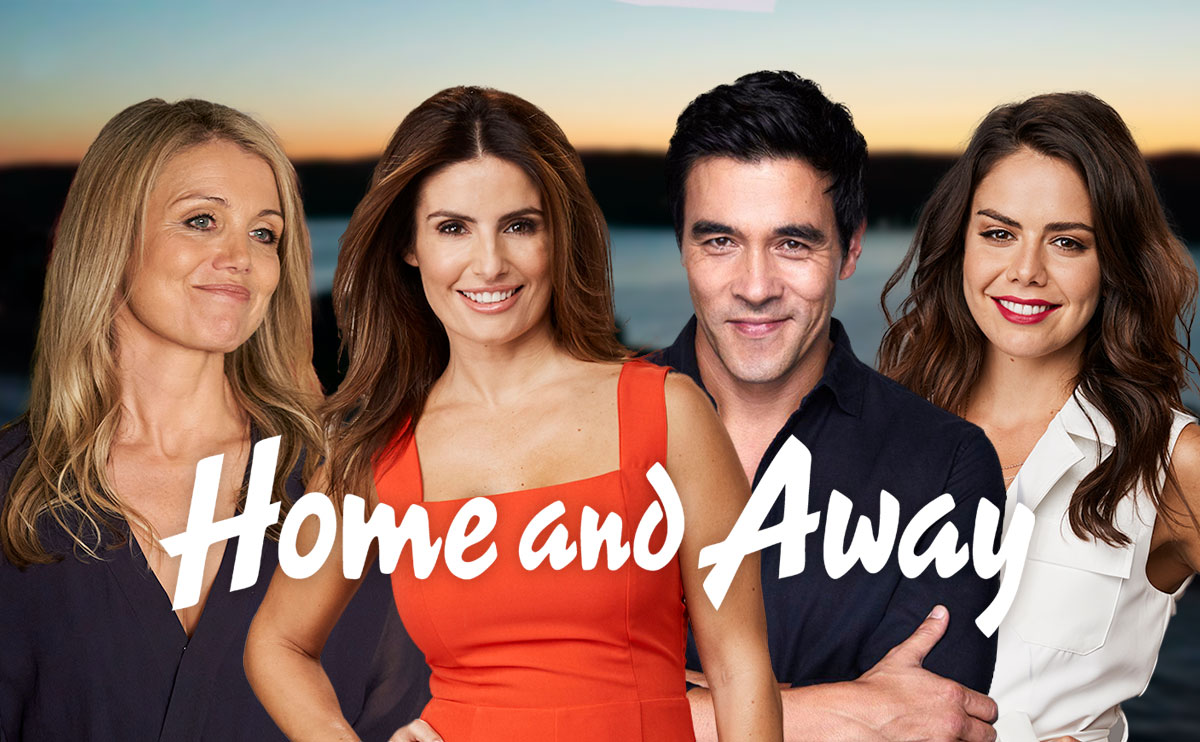 Also this week… a body washes up on the shore of Summer Bay!

But who is the identity of the gruesome discovery?