Home » Home and Away Spoilers » 2018: A Home and Away Year in Review
Posted on 13th December 201821st November 2021 Author Matt Categories Spoilers 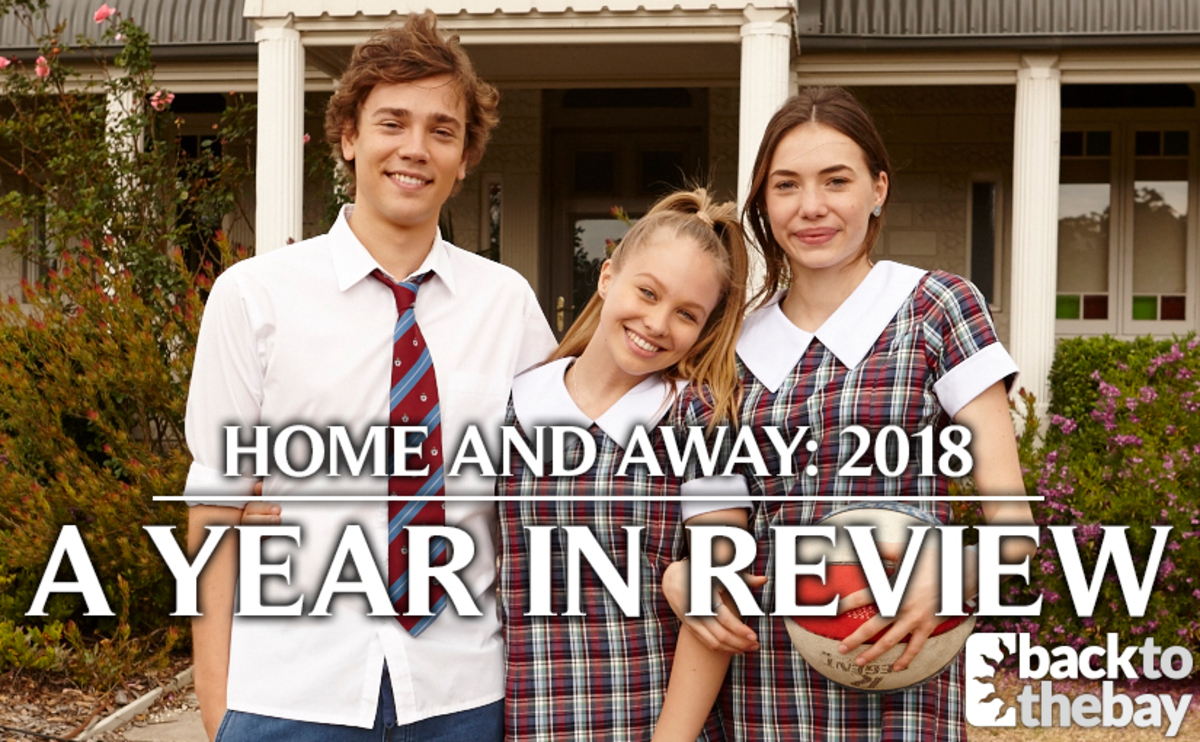 As the 30th year of Home and Away draws to a close, we take a look back at the year that’s been, who’s come and who’s gone, the stories that kept us captivated, the promo for 2019 and find out what some of our former favourites are up to since leaving the Bay.

A tradition of sorts in recent years has been the Seven Network pumping out a plethora of episodes in the lead up to the season finale. This year has been no different, with 15 episodes pumped out in the first two weeks of December.

Tonight, Australia saw the final three episodes of the 2018 season. Now it’s time to take a look at the year – both on and off the screen. 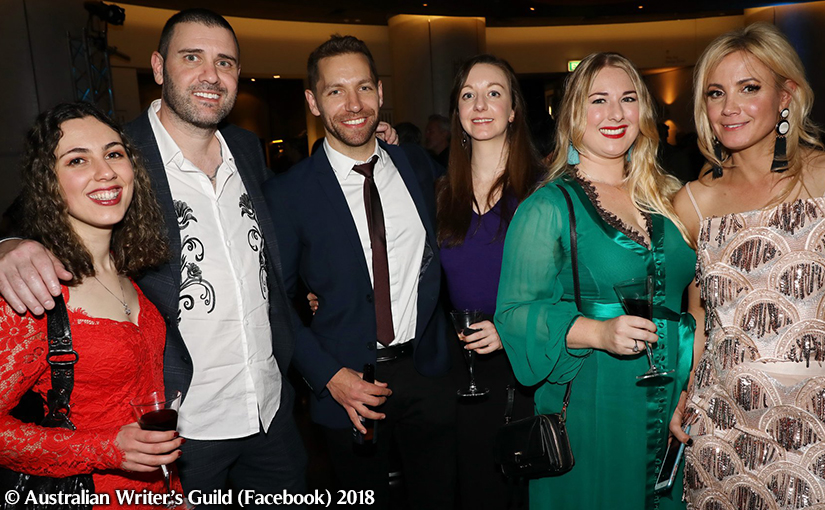 This year was very tame for the team that brings us the stories that keep us captivated for 45 weeks of the year.

They bid adieu to Co-Script Producer Brooke Wilson, who had been with the team almost three years and Script Coordinator Terence McCarthy, who joined the department in 2014.

Lucy Addario and Julie McGauran have continued on as the Series Producer and Head of Drama/Executive Producer.

News broke earlier this week that director Andrew Prowse, who has worked on some of Australia’s best-loved dramas and has been on Home and Away‘s roster of directors since 2016, has sadly passed away, with many of his former colleagues and friends paying tribute on social media.

The series had 230 episodes go to air this year. By the end of the 31st season, audiences will have seen: 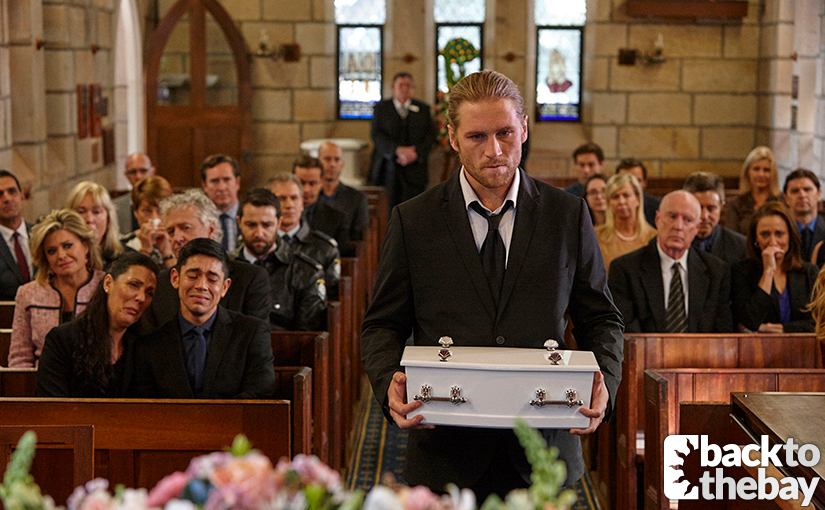 The year started out with the town reeling after a horror car crash claimed the life of police officer Kat. More bad news followed when school principal Maggie was diagnosed with lymphoma. After an eight month battle, Maggie was given the all clear and went into remission.

Soon after Kat’s death, Colby was introduced as her replacement and soon got caught in the crossfire between Ash and Robbo, the former of whom blamed the latter for the death of his unborn child. Their car pursuit resulted in a gas explosion at the school, leaving Alf and Roo stuck down a sinkhole. On the verge of death, Alf was forced to reveal a thirty-year old secret: Roo’s mother Martha is alive. 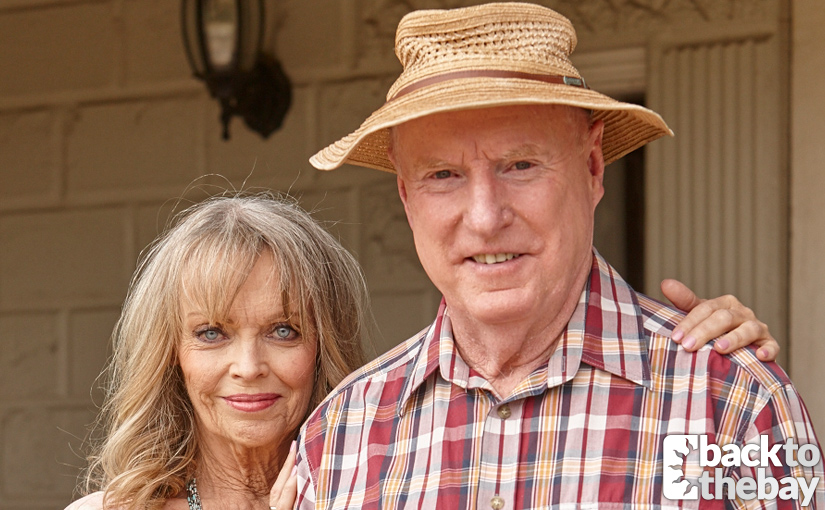 As Ash moved on from Summer Bay, destined for a new life in Cyprus with VJ and Luc, and Olivia accepted a job offer at a design firm in Melbourne, Hunter found himself caught up in an alleged sexual harassment suit. After beginning a relationship with his university tutor Christina, Hunter soon learnt she was married. Christina blamed Hunter and put in a complaint against him, leading him to drop out of university and move to Vietnam to be with Zac, Evelyn and Matt.

Robbo, grieving the loss of Kat, was dealt another blow when he was charged with the crimes of underworld criminal Beckett Reid. He went to trial, however before a verdict could be delivered, Robbo was whisked away by the Federal police and informed that he was an undercover police officer, and that Beckett Reid was completely made up. His real name was Ryan Shaw and his whole family was murdered by Novak and his associates. 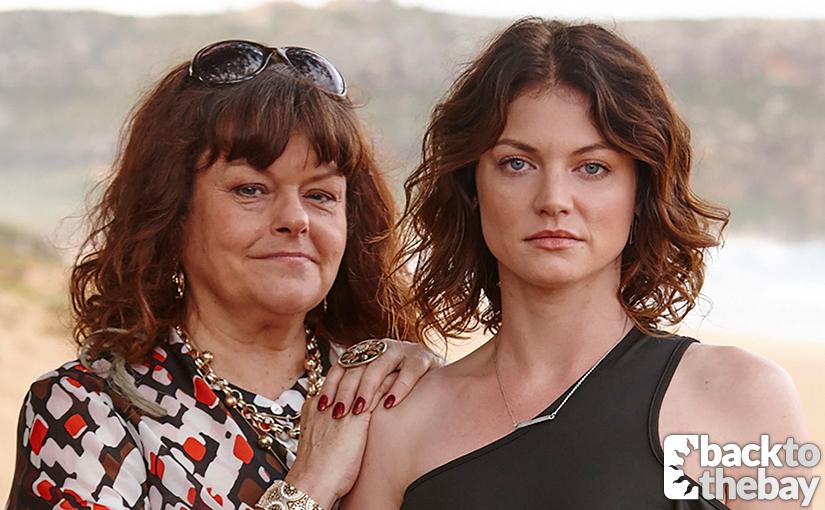 It wasn’t long before Colby, who came to town with the goal of finding his missing sister, got himself into trouble. After Justin’s daughter Ava went missing, Colby found him in the clutches of Boyd Easton, the biker who had Willow on a tether at the end of 2017. In the process of retrieving Ava, Colby killed Boyd. Soon thereafter, Ebony Harding, Boyd’s sister, came to Summer Bay and terrorised several residents before attempting to kill Colby, murdering her mother and fleeing. Weeks later, after Colby had recovered, Ebony pretended to be his sister to coax him to an abandoned house to kill him. Colby was saved by Robbo and Ebony was sent to prison. 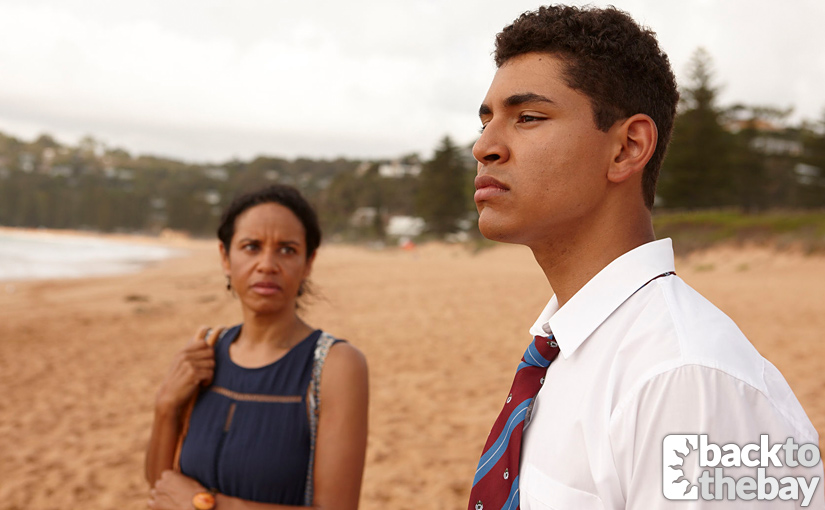 Meanwhile, John and Marilyn were approved to begin fostering again and teenager Ty Anderson was put into their care. Although he got off on the wrong foot with Raffy, the pair eventually began dating, but it wasn’t long before Ty kissed someone else – Ryder! It took a while, but eventually Ty was able to come to terms with his sexuality and came out to his mother, who came searching for him. With John and Marilyn’s blessing, he returned to her, determined to start a new life.

Afterwards, Ryder felt lost and befriended River Boy, Dean who told him about an old hideout the gang used to hang at. For a night of fun, Ryder took the girls there. The night quickly took a turn when a hidden tunnel collapsed in on Raffy, rendering her unconscious. The teens got out alright, but Raffy was later diagnosed with post traumatic epilepsy. 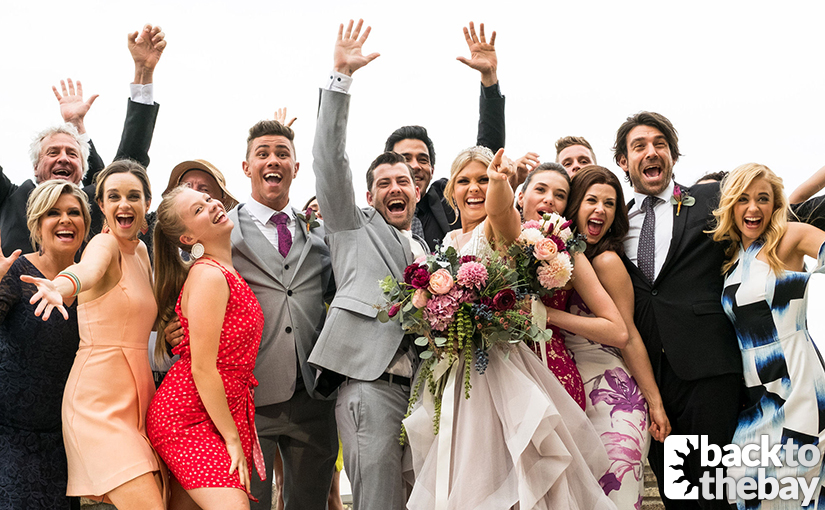 Brody and Ziggy quickly made their love official when they married in the middle of the year, partly to make sure that Maggie could see one of her children get married. Their year was fairly quiet until Brody and Maggie began a menu, aimed at healthy living. He began giving cooking lessons on Leah’s vlogging channel and was introduced to Simone, a fan of his. Brody took her on for work experience and the pair grew closer, much to Ziggy’s chagrin. After weeks of mounting tension, Brody and Simone gave into temptation and slept together in the Salt storeroom.

After Mason had a one night stand with Dempsey that resulted in a pregnancy, Tori realised that she wanted to have a child. After realising it could take years on the donor list, Tori sought out Robbo to be her donor and he agreed. The first of their two viable embryos was implanted in the 7000th episode, but a week later, Tori suffered a miscarriage. Determined, Tori had the second embryo implanted behind Robbo’s back and just as Robbo was proposing to girlfriend Jasmine, Tori learnt she was pregnant. 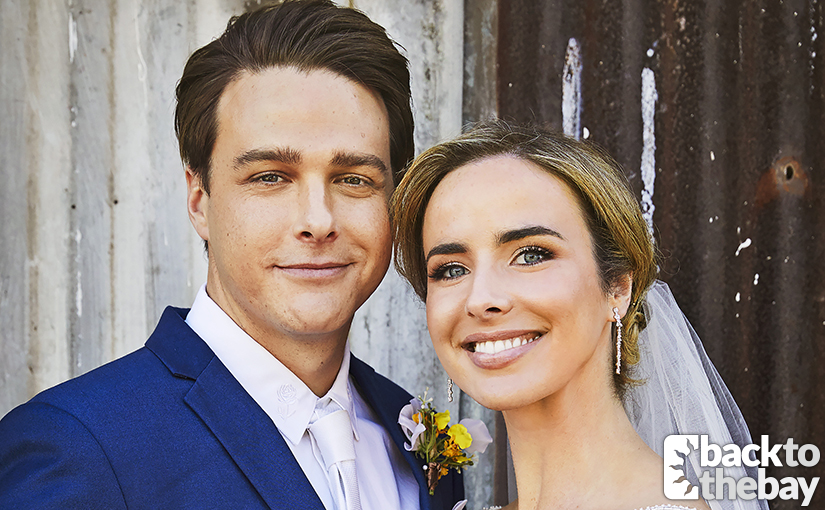 Colby’s search for Bella was put on hold for months as he reunited with his former fiancee, Chelsea. The pair eventually rekindled things and Chelsea vowed to help him track down his sister. Together, with the help of Dean and his mother, they found Bella with her step-father and rescued her. The pair, now with Bella safe with them, wed in a small ceremony with their loved ones. However, trouble was right around the corner as Chelsea, Willow and Bella piled into a limo and were taken hostage by Ross, who drove them out of Summer Bay.

Unlike recent years, we don’t yet have a date confirmed for the series’ return in 2019, but we’ll bring you one as soon as we know.

However, in the meantime, you can read our most recent spoiler article here!

Home and Away returns in 2019 on Channel Seven.