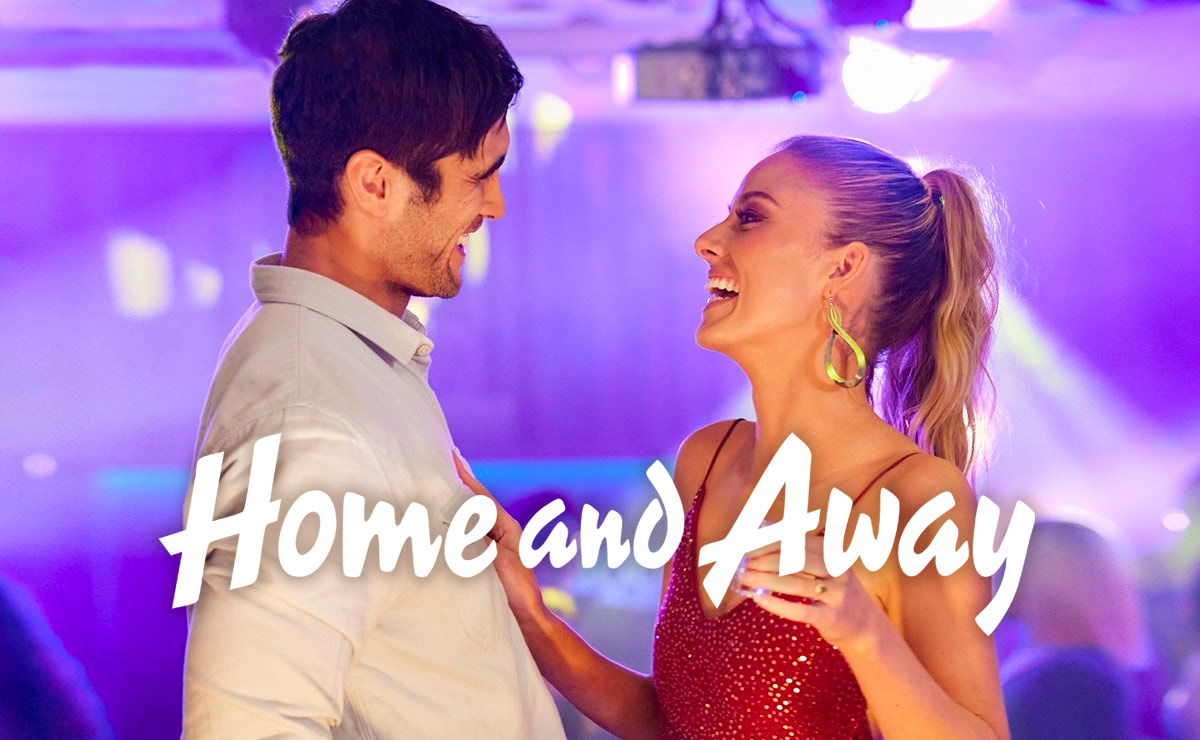 Coming up this week on Home and Away in Australia, Felicity makes a final attempt to get Cash to admit his feelings for Eden, while Bree comes face to face with Jacob.

We’re only a week away from this Home and Away’s 2022 season finale, and things are ramping up in Summer Bay as final preparations are put in place for Felicity (Jacqui Purvis) and Tane’s (Ethan Browne) wedding. 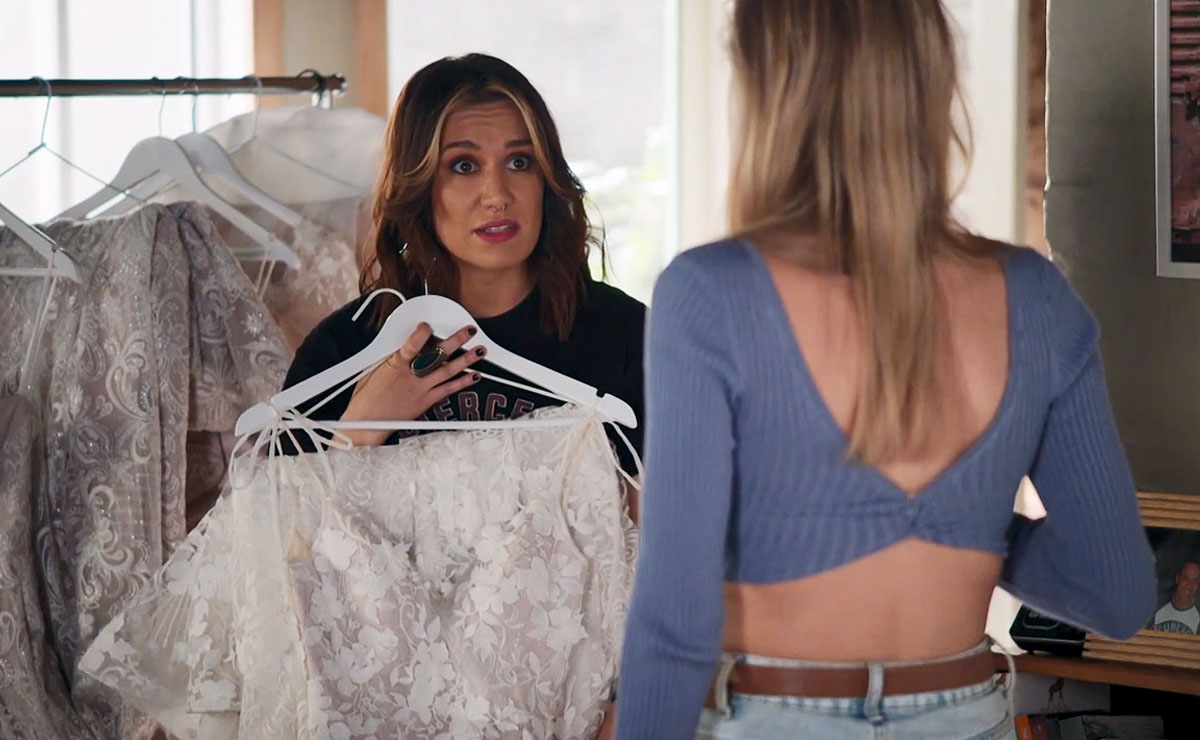 Last week saw Flick finally make a decision on her wedding dress—with bridesmaid Eden (Stephanie Panozzo) teaming up with Cash to find the miscreant who had stolen the dresses out of her van.

She later made a start on learning her vows in Maori, a task she’s been assisted with by Tane’s best man Nikau (Kawakawa Fox-Reo). 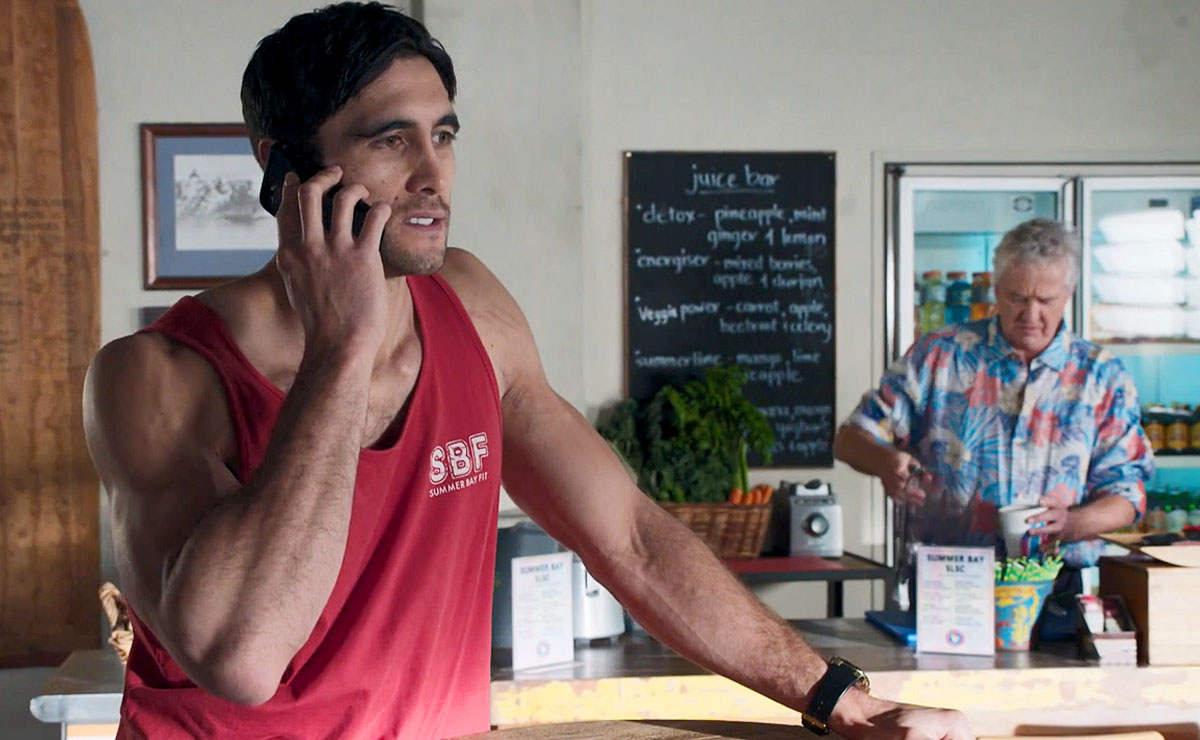 Hearing from Nik that Flick was making a real effort to honor Tane’s heritage, it got Tane thinking about Flick’s own roots.

Flick being a born-and-bred country girl, who admitted that she never thought she’d see the day that she was having a beach wedding, Tane managed to track down a rural venue at the last minute.

This week, it’s time for the celebrations to begin with the hen’s and buck’s nights, but Flick seems to be more interested in making the night all about Cash and Eden. 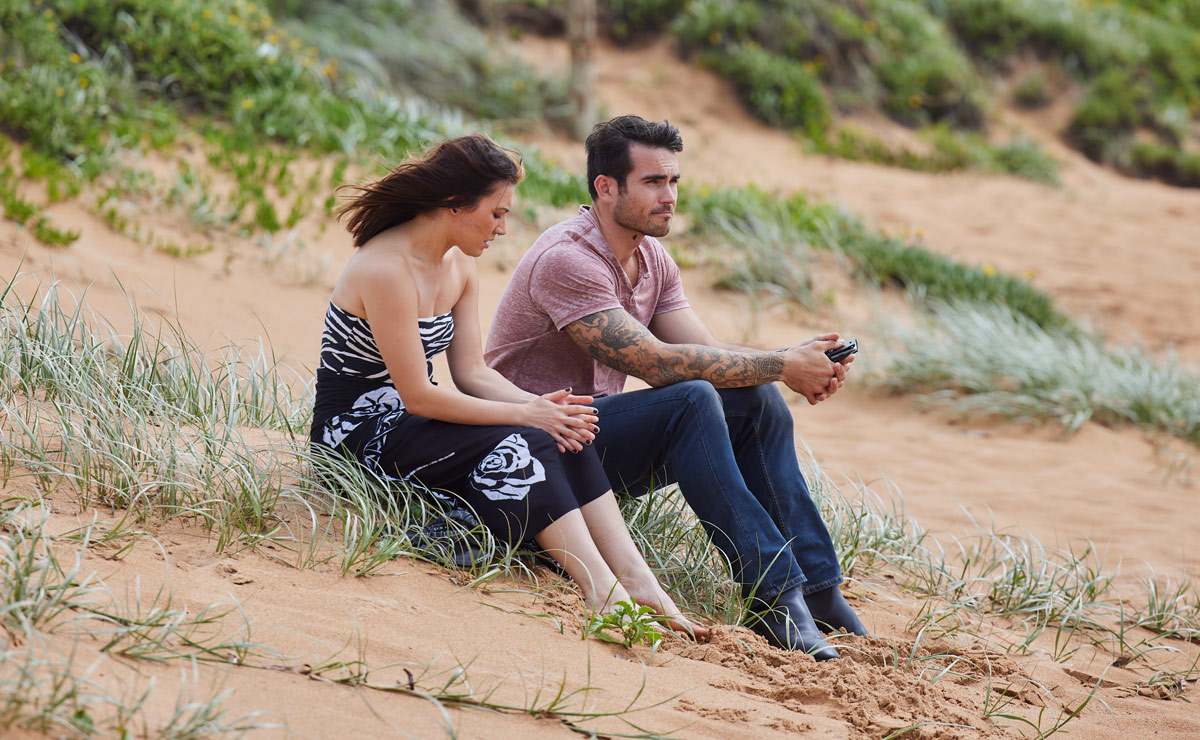 Flick’s brother and best mate have been in a will they/won’t they situation for what seems like an eternity. Eden is fully up for them exploring their feelings, but Cash refuses to give them a go–after all, his recent relationship has only just fallen apart, and he and Eden never made it work in the past.

Yet as the chemistry has continued to sizzle between the pair, Flick is determined to get them together. Last week she interrupted them about to kiss, and now she’s convinced that her brother does have feelings for Eden after all. 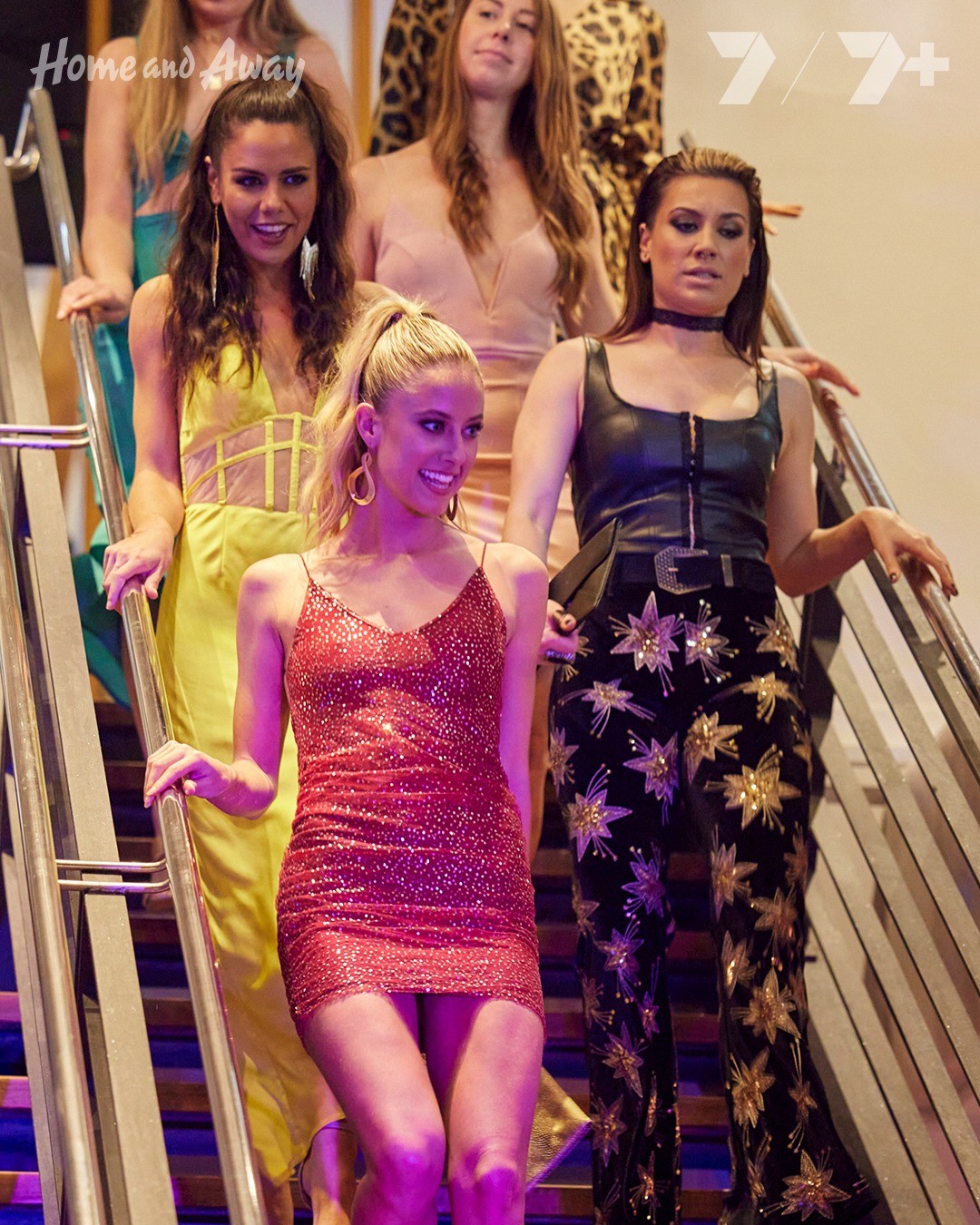 Whilst Eden has organised for Feliciy’s hen night to take place on a karaoke bus, Flick decides to divert the celebrations to a certain nightclub that she knows Tane’s buck’s night is being held at.

Eden’s confused as to why Flick is making a beeline for this specific club, until she spots Tane and the rest of the guys… including Cash. 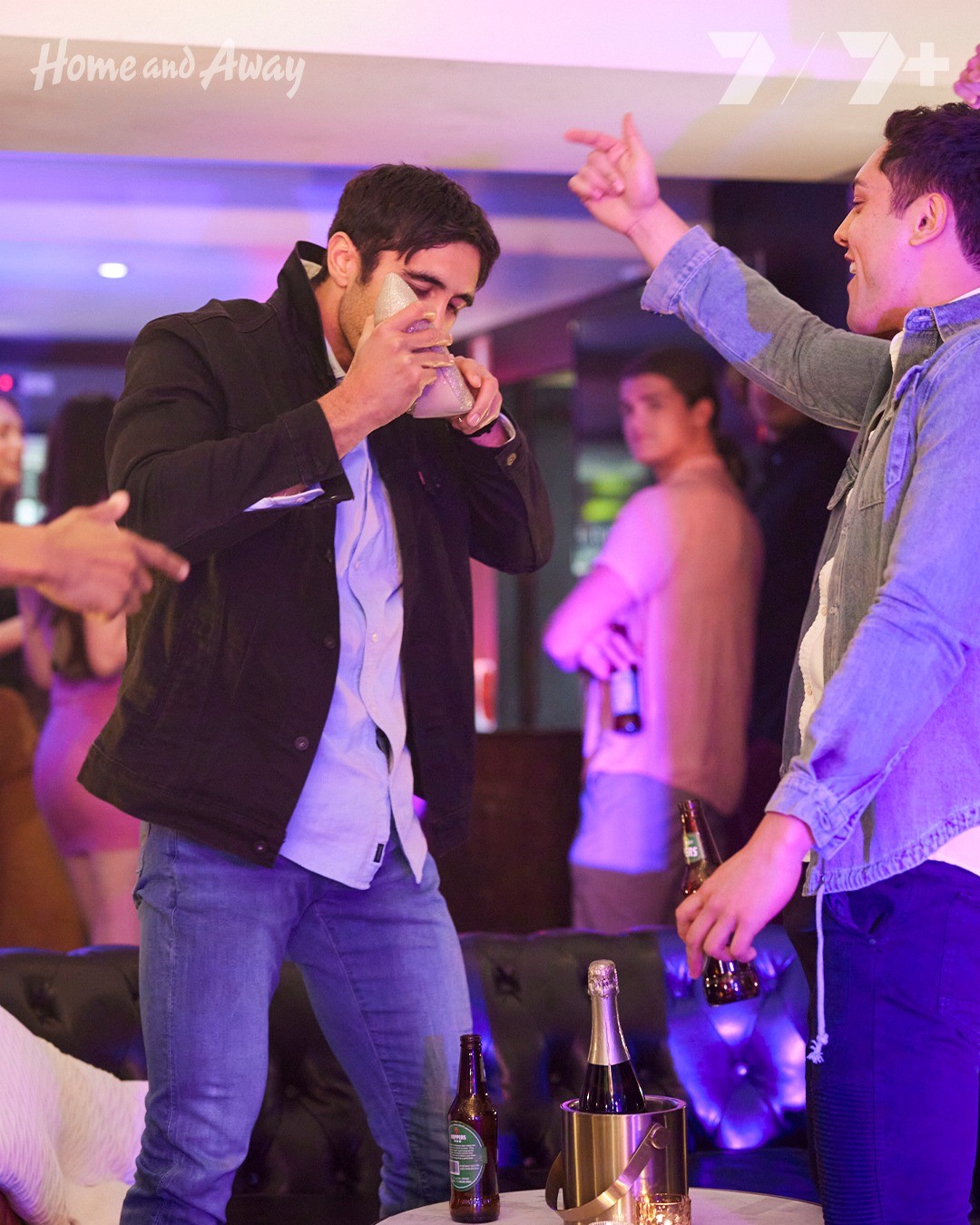 Tane is surprised by the appearance of his bride-to-be—especially considering he was in the process of drinking from one of her stilettos, on Nik’s orders, at the time—but a joint evening it shall be!

Eden can see it’s no mere coincidence though, as Flick feigns her surprise. 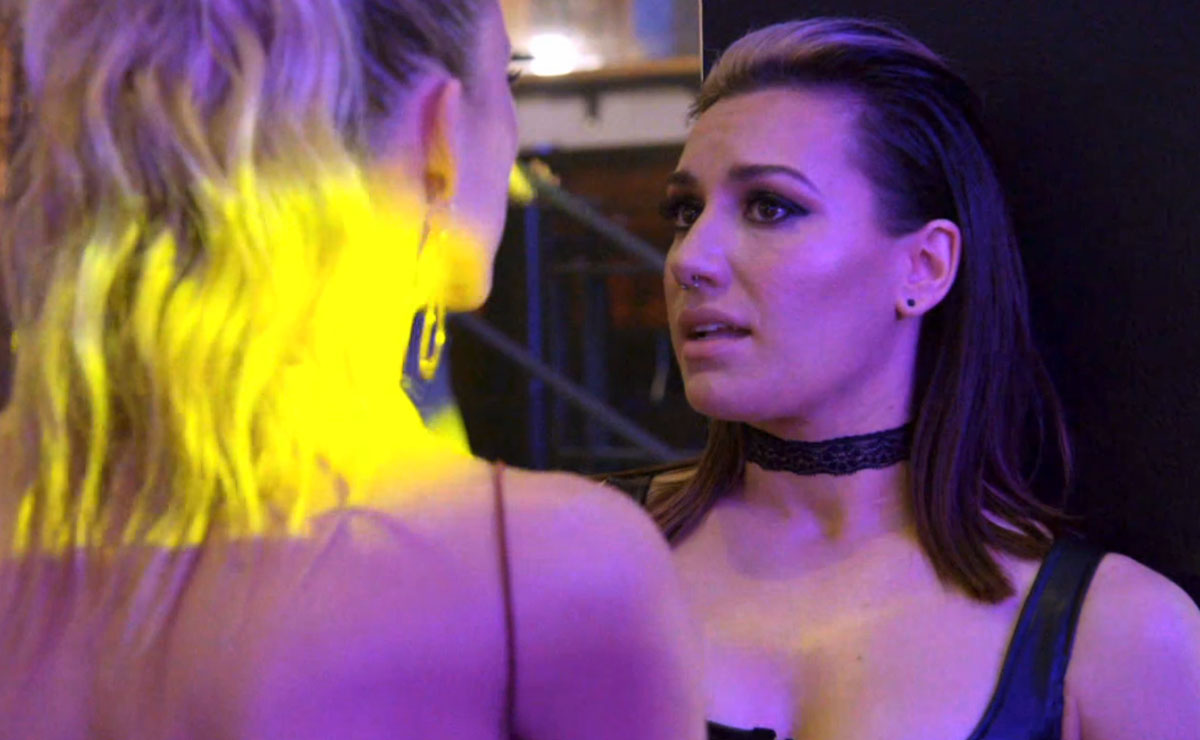 “Don’t play dumb,” Eden tells her. “You did this to get me and Cash in a room together!”

Felicity tells her to relax and just see where the night takes her.

“I really think you and my brother have a chance,” she explains. “What have you got to lose?” 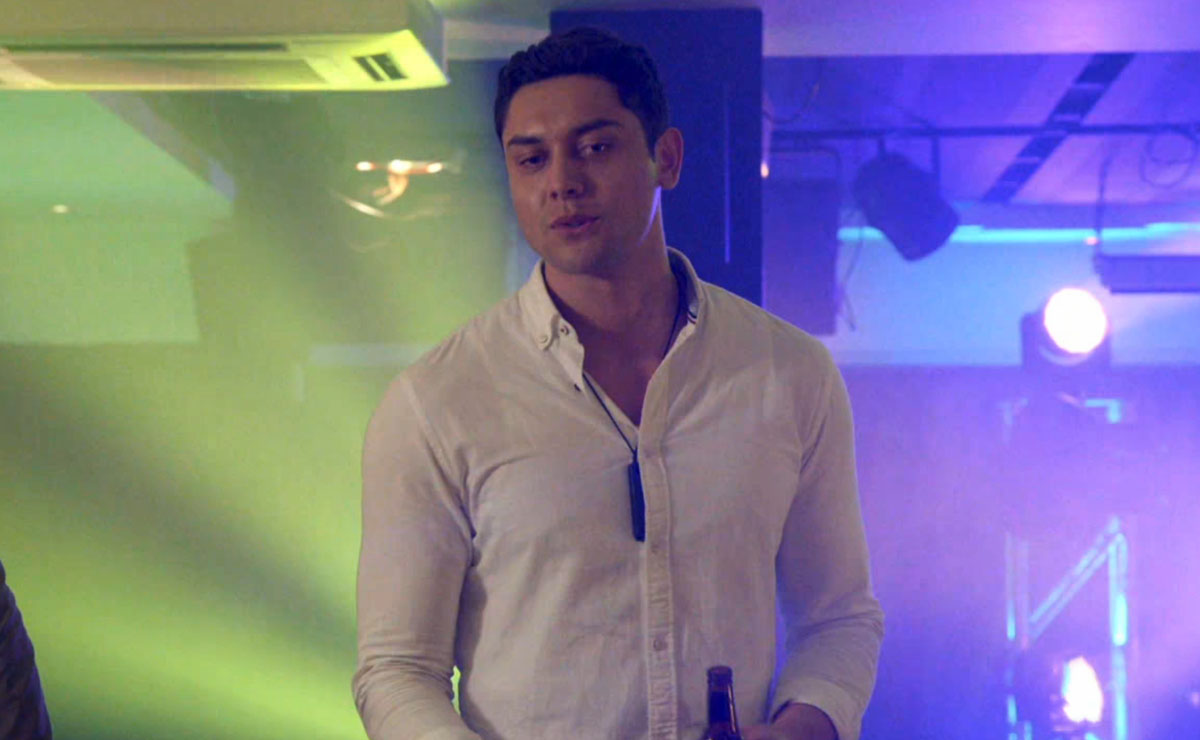 Nik is on top form as best man, as he gives an impromptu speech telling Tane how his late brothers, Ari and Mikaere would be proud of how far he’s come.

Flick is particularly affected by the poignancy of his words. 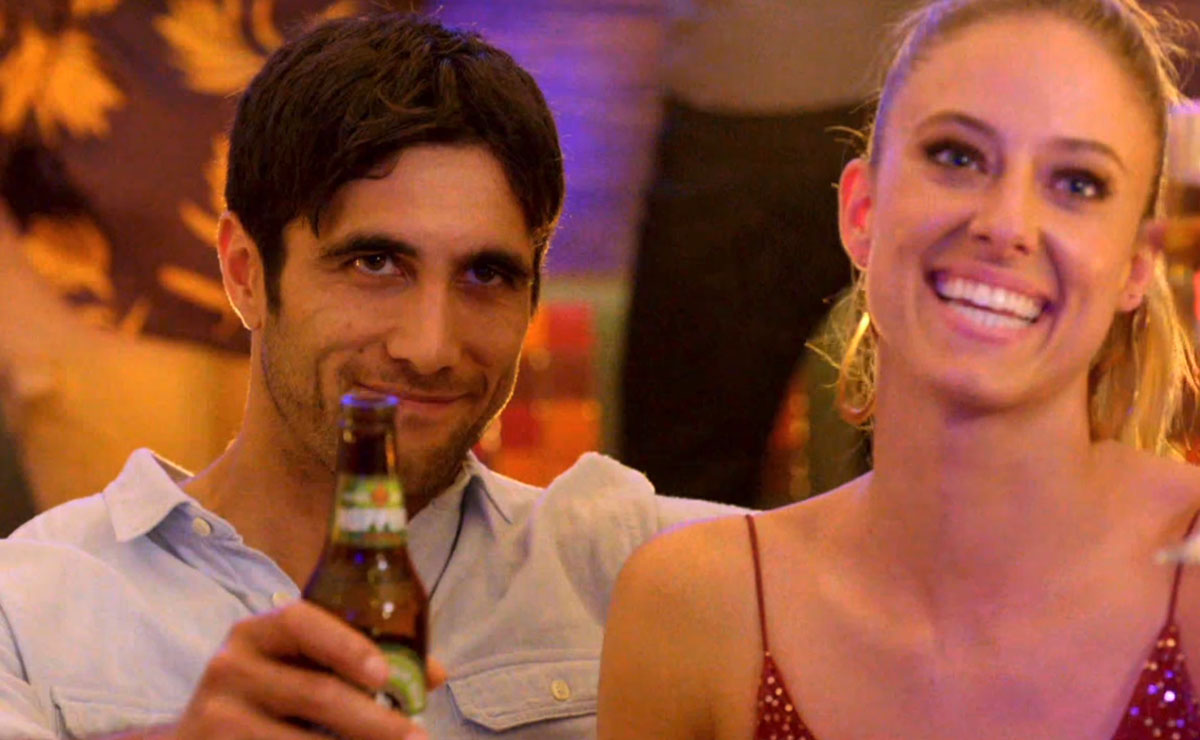 “Nik’s speech is so powerful,” Jacqui told Yahoo Lifestyle. “It’s the first time she truly feels a part of the family and realises how everyone in the Parata family are really welcoming her with open arms.” 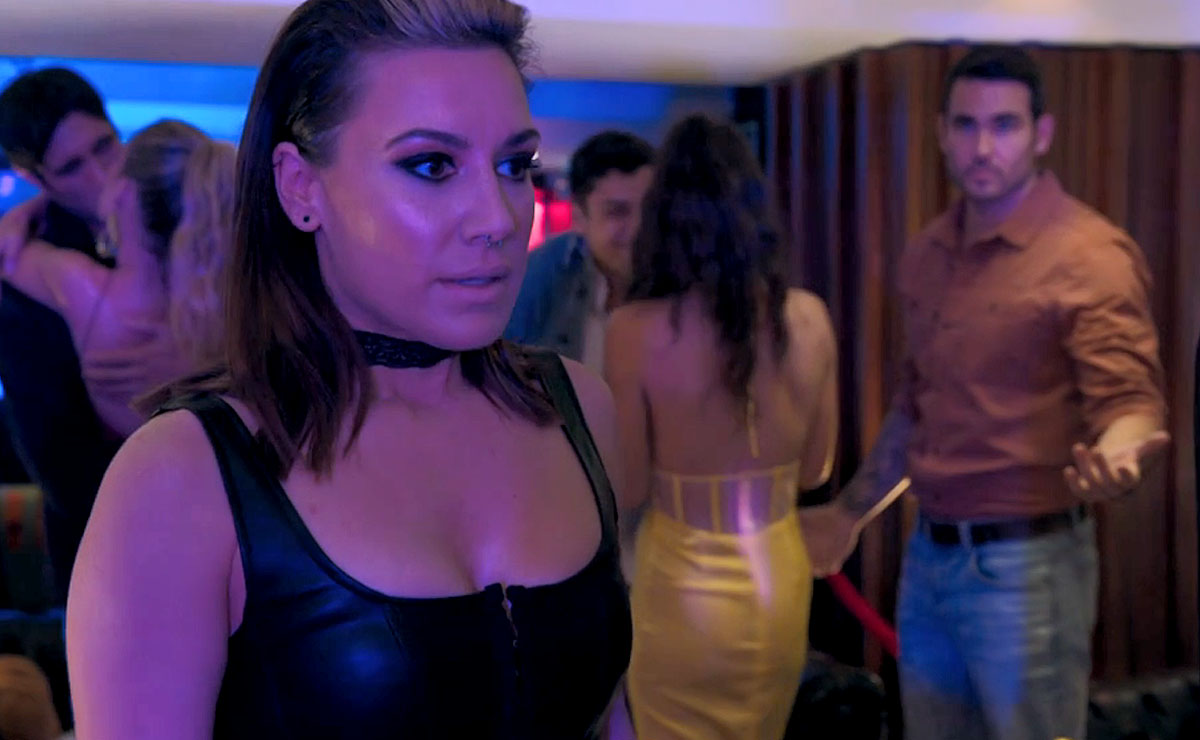 Cash is left wondering whether it was Eden’s plan to bring the two parties together, in an attempt to ambush him and force him to admit his feelings for her.

However, Eden has done no such thing, and she turns to drink as she tries to hide her embarrassment. 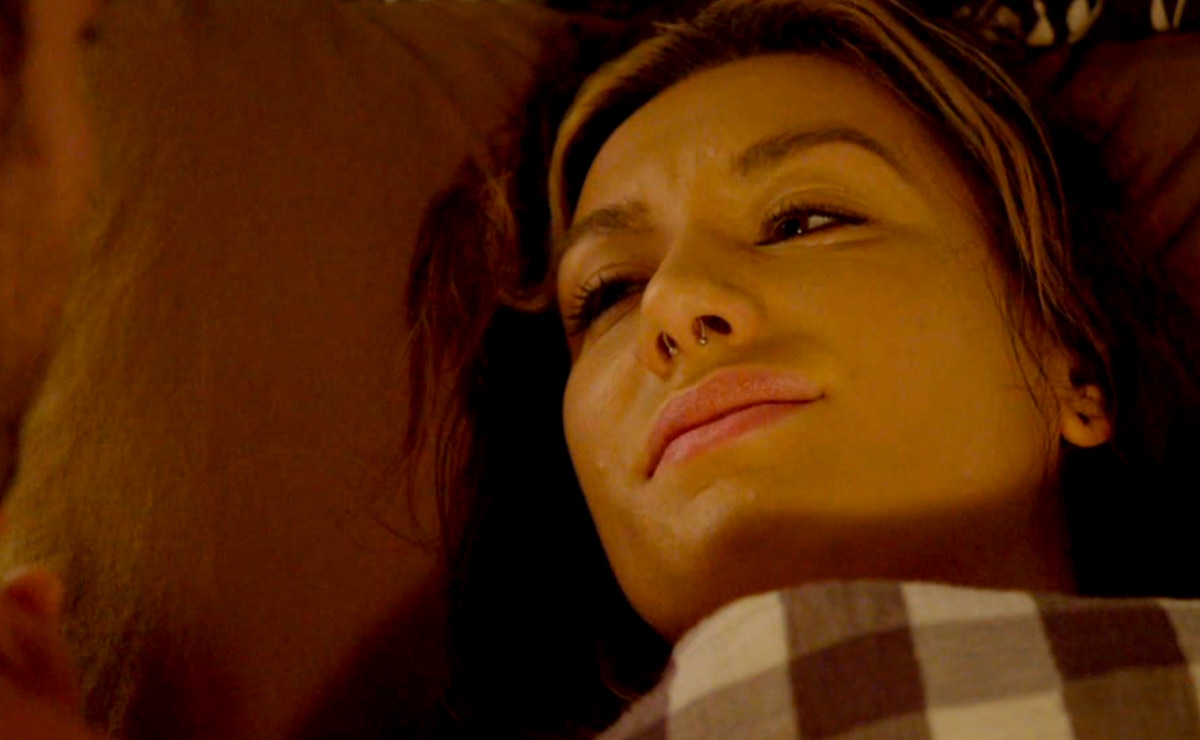 The night takes an unexpected turn when Eden ends up falling off the stage and hitting her head. Cash is quick to assist, and ends up being the one to escort her home and into bed.

Though sorry that her friend got hurt, the situation actually brings some hope for Flick.

“Flick is super excited about this turn of events,“ Jacqui continued. “She thinks that Cash will now race to her rescue and be her knight in shining armour. Eden will realise this, and they will live happily ever after.”

But will her interference do more harm than good given the fragile state of Cash and Eden’s friendship?

Having plucked up the courage to report his abuse to the police, Jacob is currently on bail and has been served an AVO.

After hearing that Jacob hadn’t turned up for work in WA—and later learning that their joint bank account had been wiped out—Bree was concerned that Jacob was on his way back to Summer Bay, and refused to leave the motel.

Whilst new boyfriend Remi (Adam Rowland) had tried to convince her to stay with him, she’s determined to not put him in harm’s way. 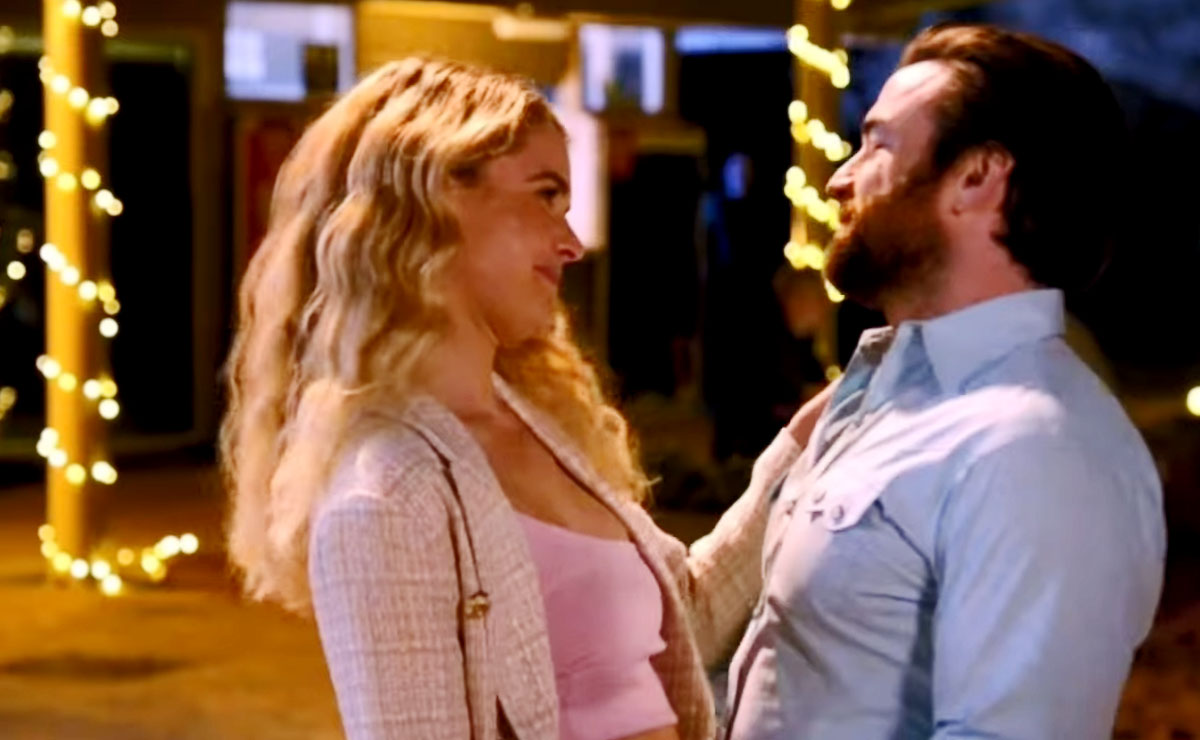 But when the pair decide to throw caution to the wind and go on a very public date, they’re unaware that Jacob is there to witness it. 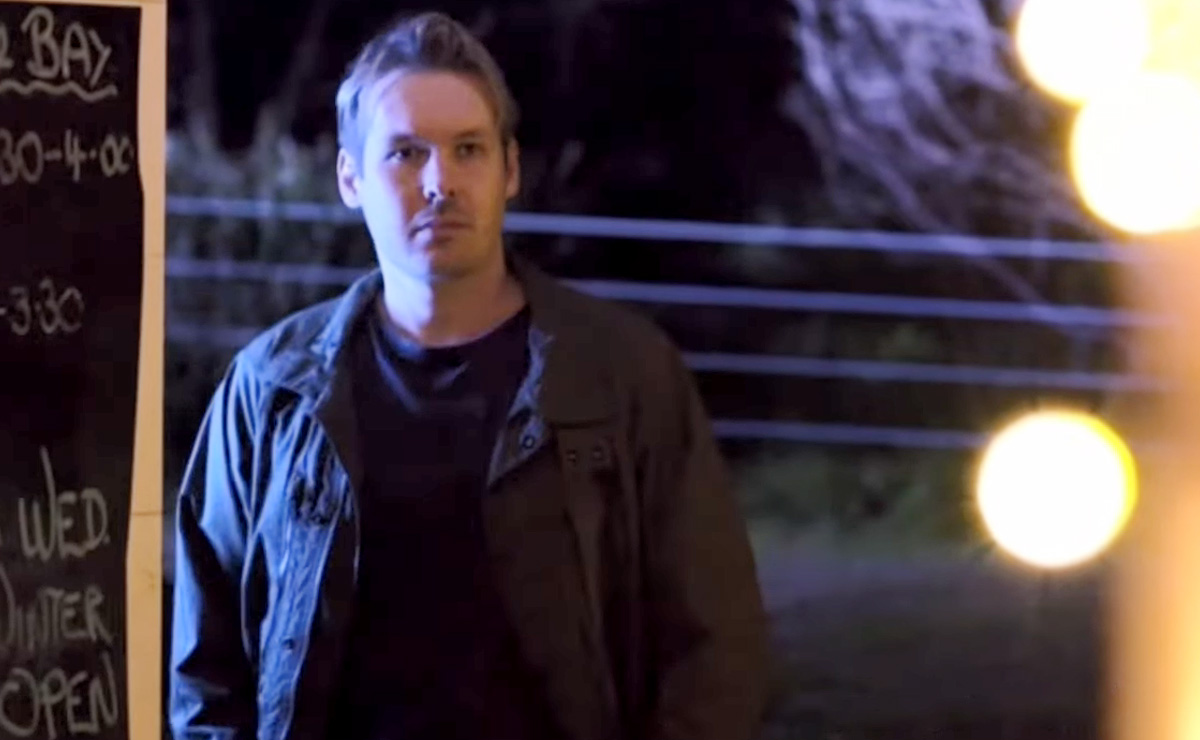 “Remi’s first feeling is relief that Bree is empowered to take the steps towards liberating herself from the toxic relationship,“ Adam Rowland told TV Week.

“The date, albeit fraught with danger, is special for him. The woman he’s falling in love with wants to be with him.“ 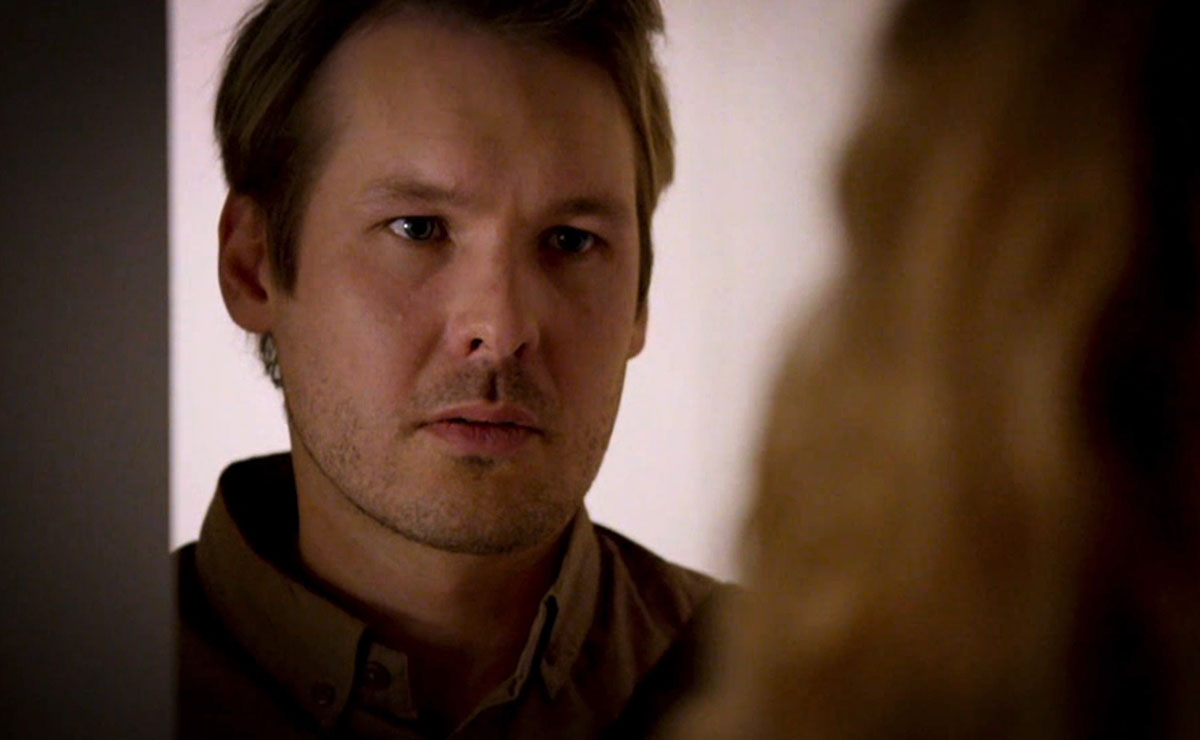 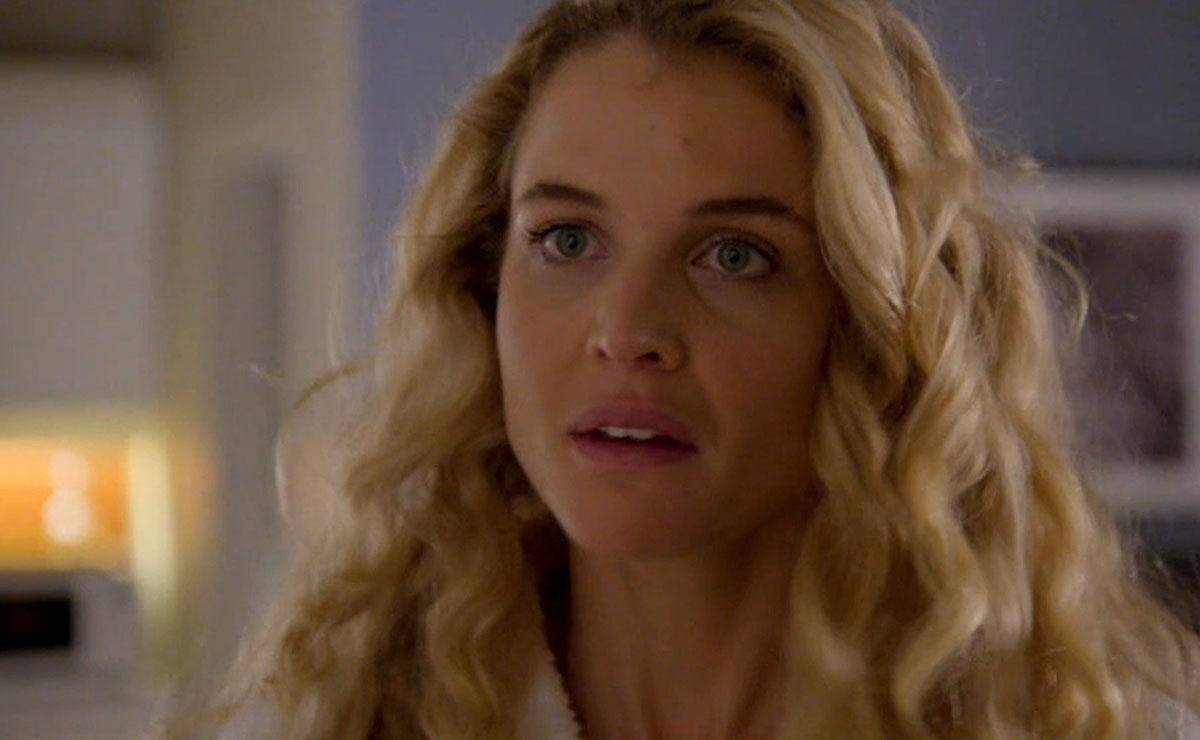 “Expecting someone else?” Jacob coldly questions, before forcing his way into the room.

When Remi comes upon the scene, Jacob manages to overpower him and tie him to a chair, where he proceeds to issue Bree with a chilling ultimatum.

Wielding a hammer, Jacob tells Bree that unless she leaves Summer Bay for good, then he’s going to ruin Remi’s passion and livelihood by smashing his fingers. 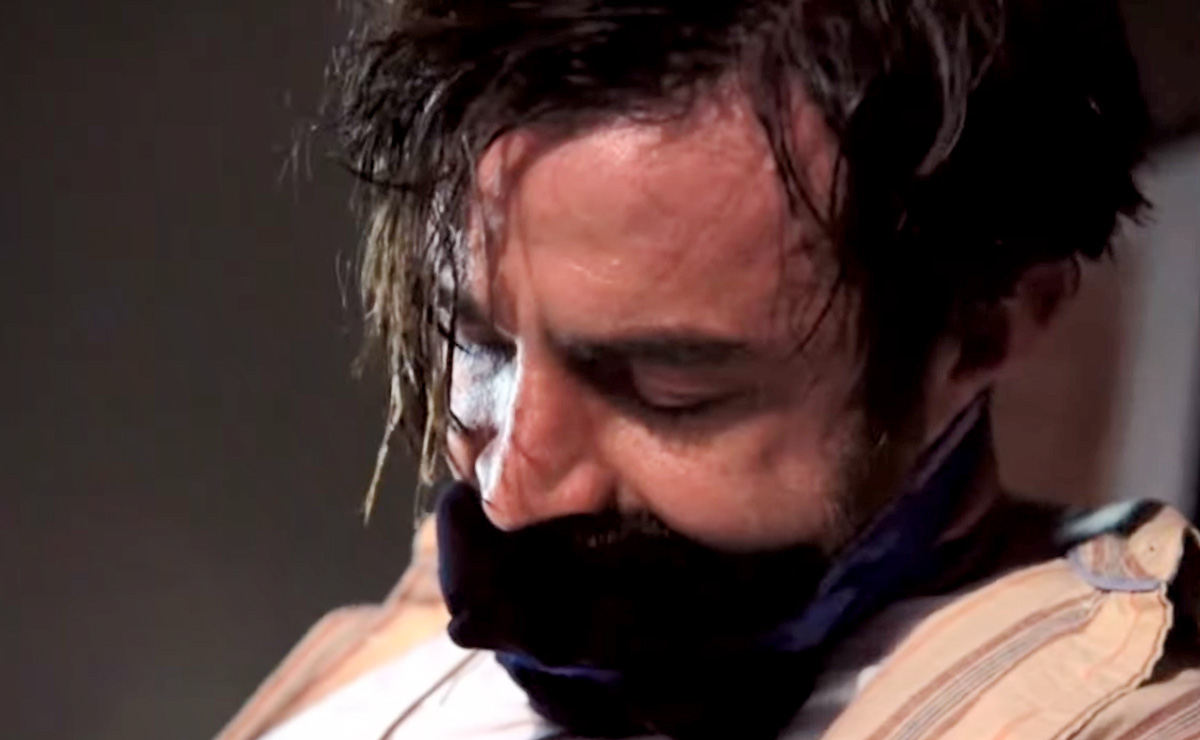 “He’s just thinking, ‘Whatever you do, don’t turn that hammer on Bree,’“ Adam continued. “’Smash both my hands – I don’t care – but please don’t hurt her!‘“

Will the pair manage to escape Jacob’s clutches?

Also coming up, the grand total for the money raised by Summer Bay’s Golf Classic is finally in. 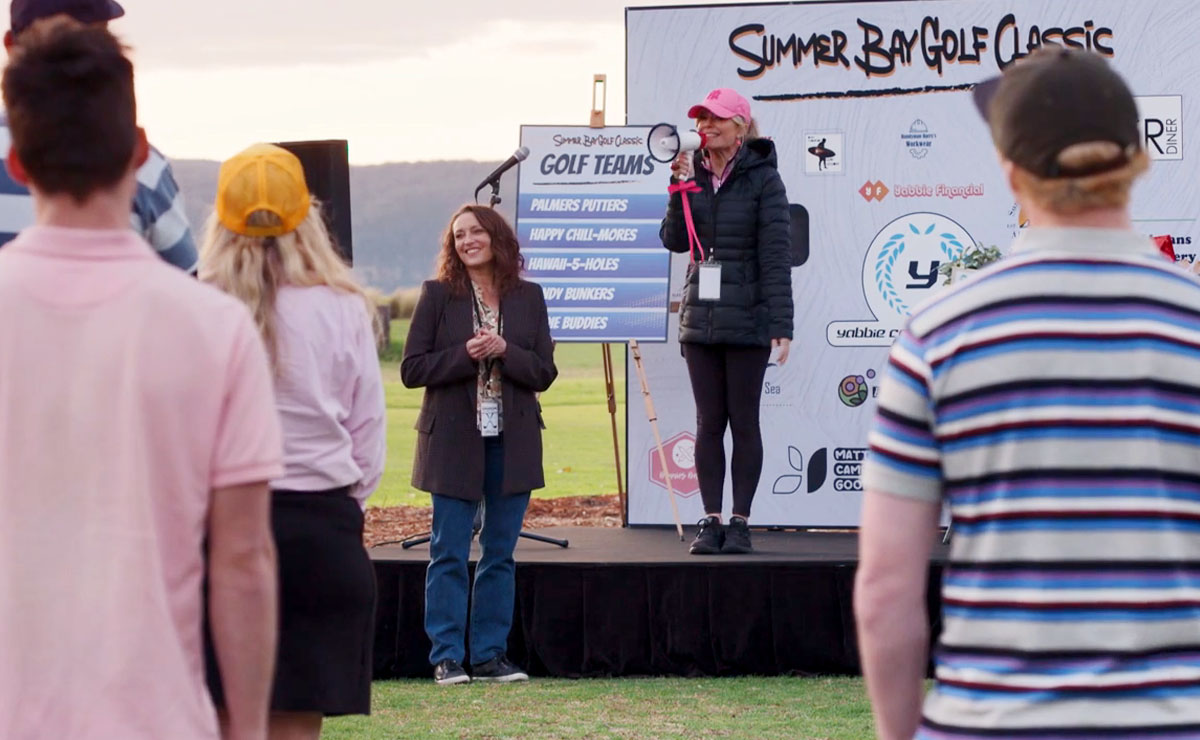 Last week saw the residents partake in the tournament organised by Marilyn (Emily Symons) and Roo (Georgie Parker), in order to raise money for the community kitchen in the city that Marilyn, Roo and Leah (Ada Nicodemou) have been helping out with.

The plan was to raise $40,000 so that the charity could buy a new food truck, and all are hopeful after the huge success of the event, despite Justin’s (James Stewart) scandalous sabotaging of John’s golf cart which saw the team disqualified. 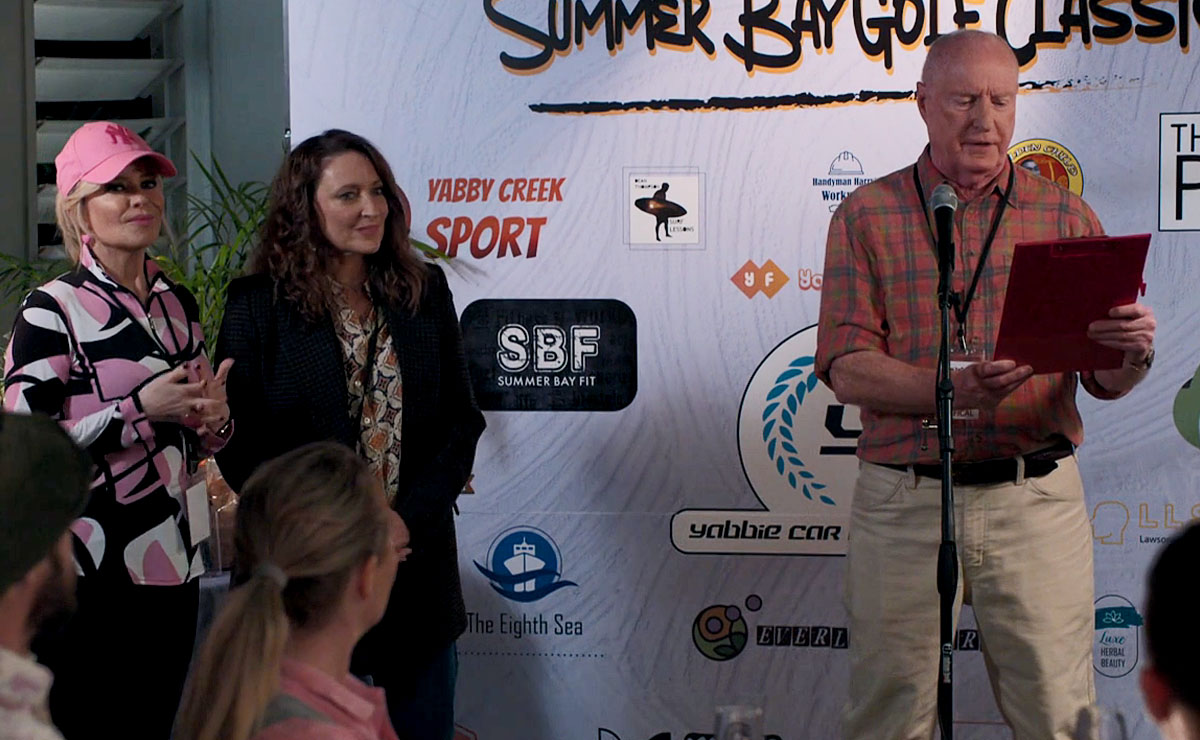 Whilst Roo is happy to announce that the takings have amounted to a whopping $35,000, Marilyn is upset.

She had her heart set on the charity being able to get the food truck immediately, and she sees the fact that they’ve come up $5000 short as a huge disappointment.

Roo does her best to comfort a distraught Marilyn but she refuses to listen, later telling Alf (Ray Meagher) that she’s failed the community kitchen just as she failed with long-lost daughter Heather (Sofia Nolan).

Will the day be saved by an anonymous donation…?

Can Dean and Ziggy resolve their issues? Are two parties better than one? Felicity is playing with fire.

Felicity’s plan comes to fruition. Theo contemplates his future with Kirby. Marilyn is unhappy with the results from the golf tournament.

Theo opens up to Kirby about his past. Can Rose accept Xander and Stacey’s relationship? Roo and Marilyn receive an anonymous donation.

Bree has a new lease on life. Rose plants the seeds of doubt. Roo sends good news from the city.

Rose’s olive branch turns into a competition. Theo gets his first taste of fandom. Bree’s worst nightmare comes to life. 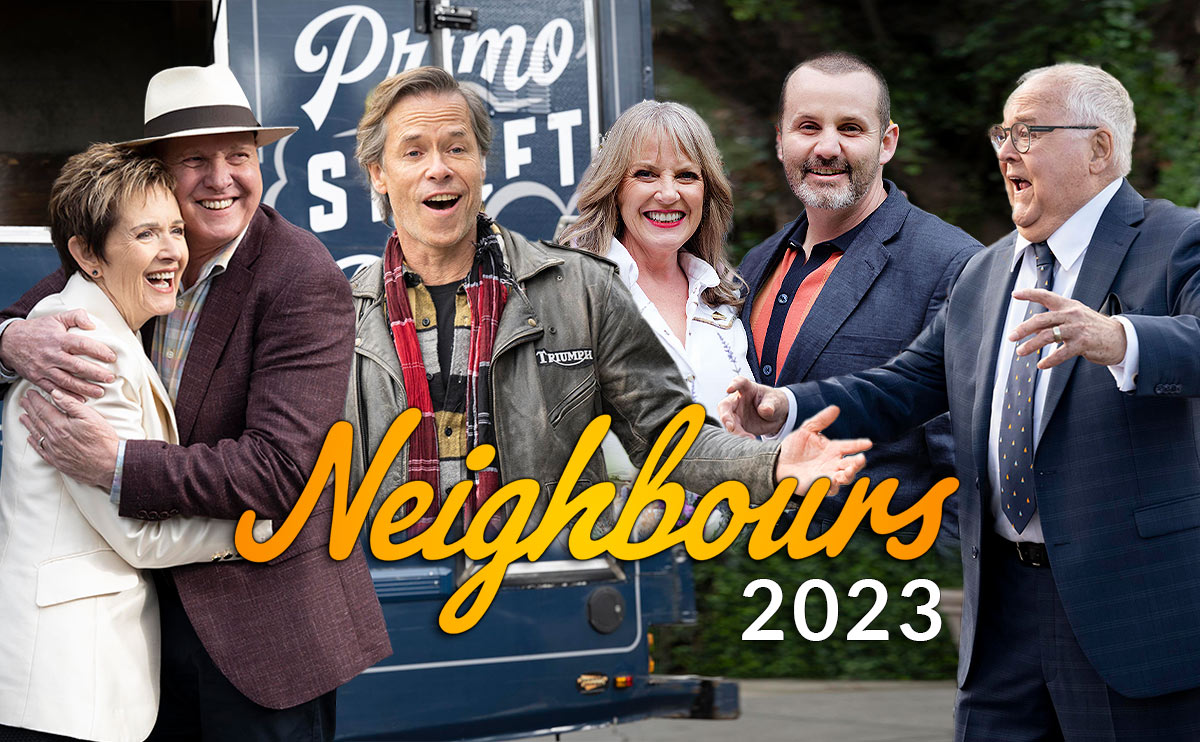 With Neighbours set to return to screens in the second half of 2023, how will producers bring back a show whose ending is so fresh in viewers’ minds?