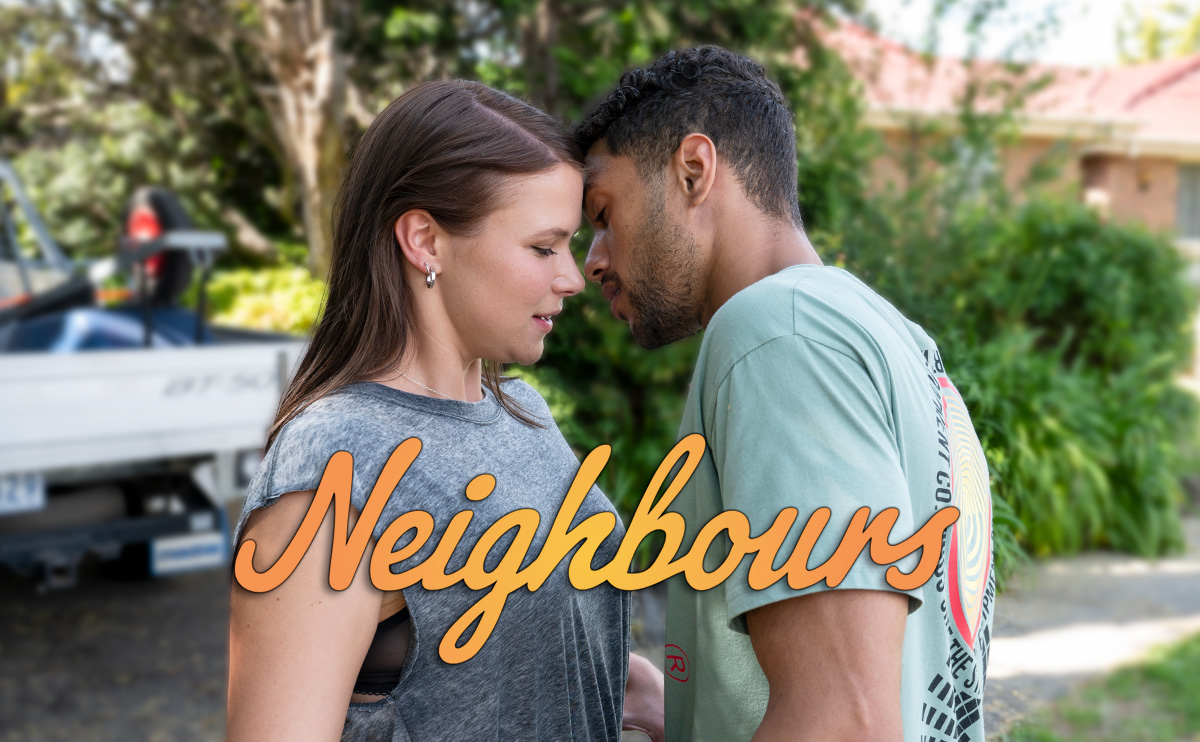 Next week on Neighbours in the UK, newcomer Freya continues to turn heads on Ramsay Street, until Roxy explosively reveals her true intentions.

Freya Wozniak (Phoebe Roberts) made her Neighbours debut in last week’s UK episodes, and will arrive on Australian screens on Tuesday 25th January. It isn’t long before she makes a beeline for Levi (Richie Morris), and it looks like romance is on the cards.

Levi is newly single, having called off his relationship with Amy (Jacinta Stapleton) when she indefinitely put the breaks on things to spend more time with her daughter Zara (Freya Van Dyke).

Having already foregone a potential relationship with Felicity (Isabella Giovinazzo) as a result of his, Amy and Ned’s polyamory, Levi is determined not to let another opportunity slip through his fingers. 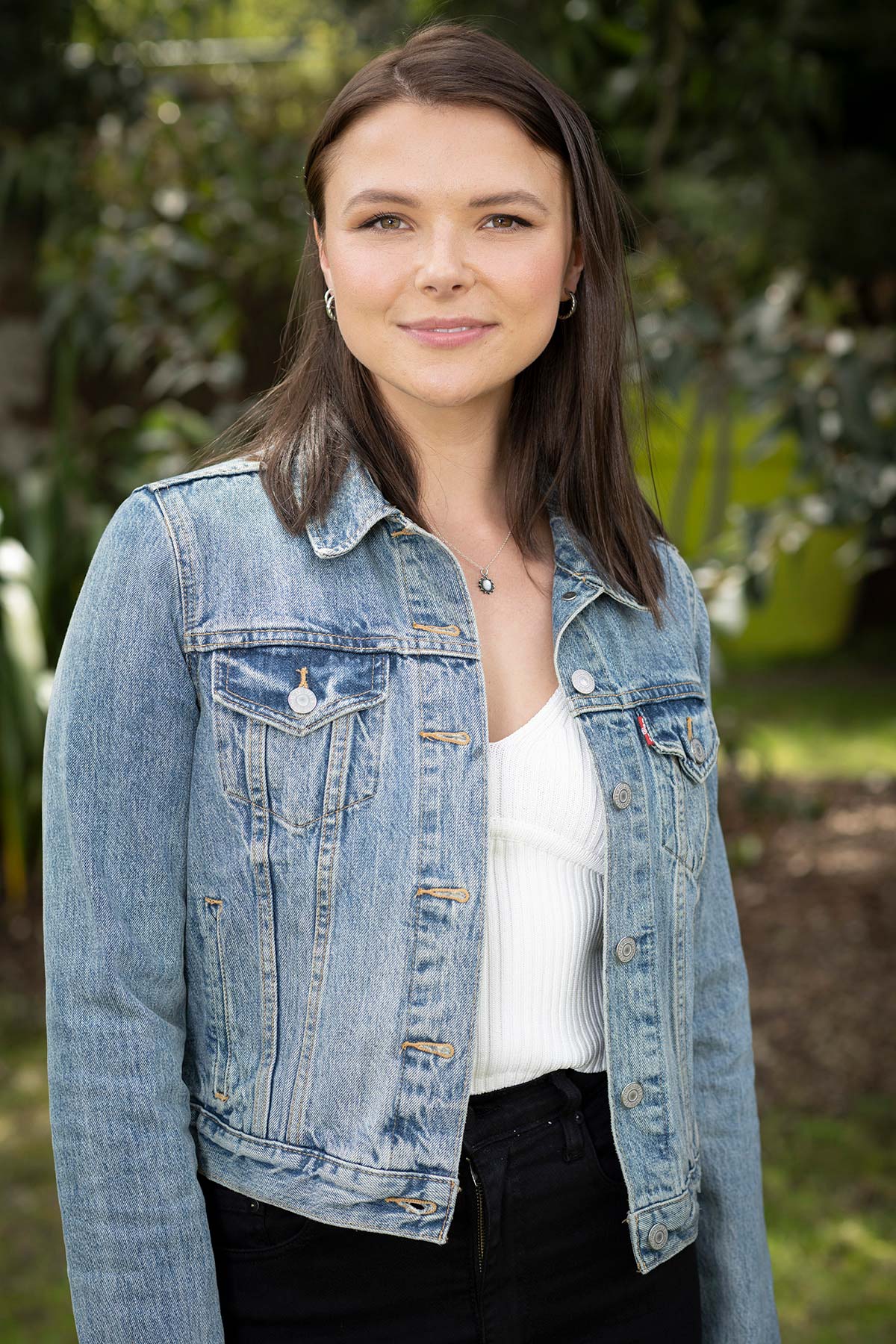 He first caught sight of Freya when she was hanging around by the ruins of the Flamingo Bar, acting suspiciously as she searched for something in the wreckage.

Her explanation, that she was searching for her scarf, certainly left Levi with more questions than answers. However, as there was no foul play suspected in the bar’s destruction, he had no reason to be suspicious, and didn’t push the matter any further.

In episodes airing this week, the two keep bumping into each other, and quickly hit it off. It’s not long before Sheila (Colette Mann) – who still can’t help but meddle in her grandson’s love life – tries to set the pair up on a date, and on this occasion Levi is more than happy to oblige.

They have a couple of dates, and a romantic spark soon flickers into life. On their second date – a sexy one in which the pair head to the Lassiters rooftop pool – Levi even feels close enough to Freya to open up about his childhood trauma at the hands of bullies Mitch (Kevin Hofbauer) and Nelson (Rhys Mitchell). 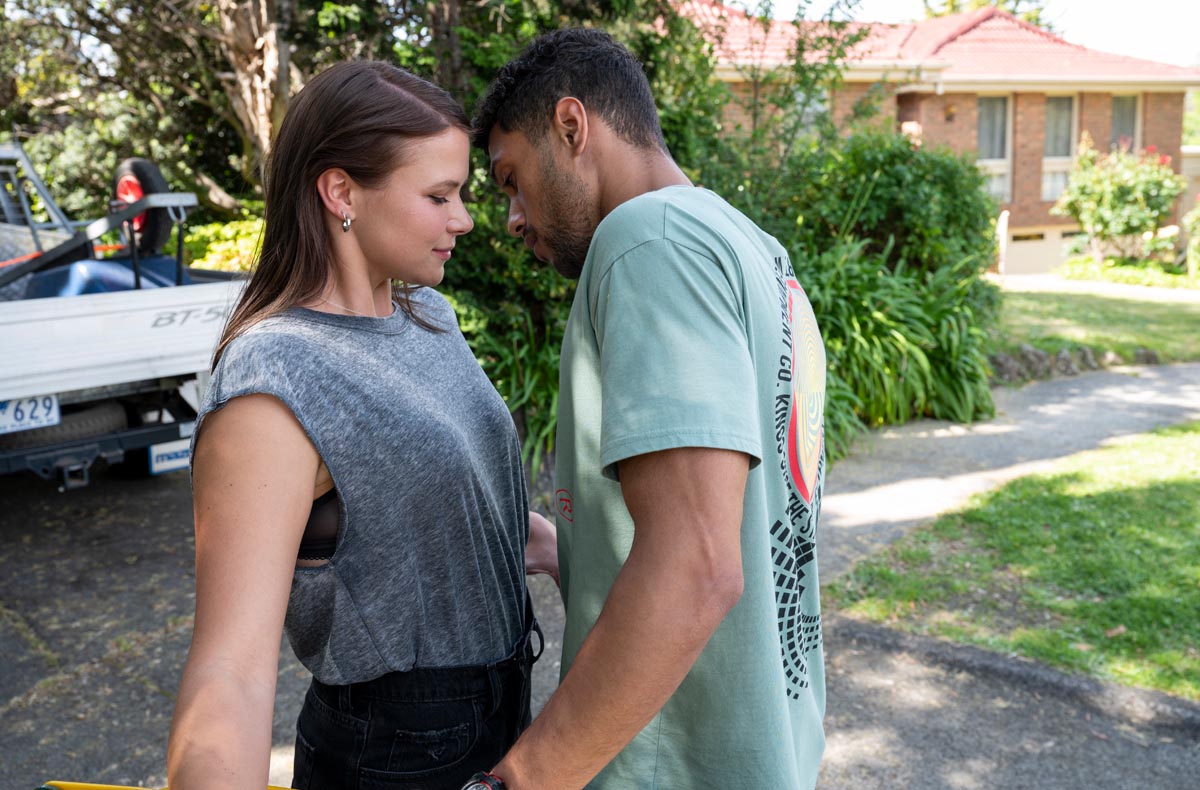 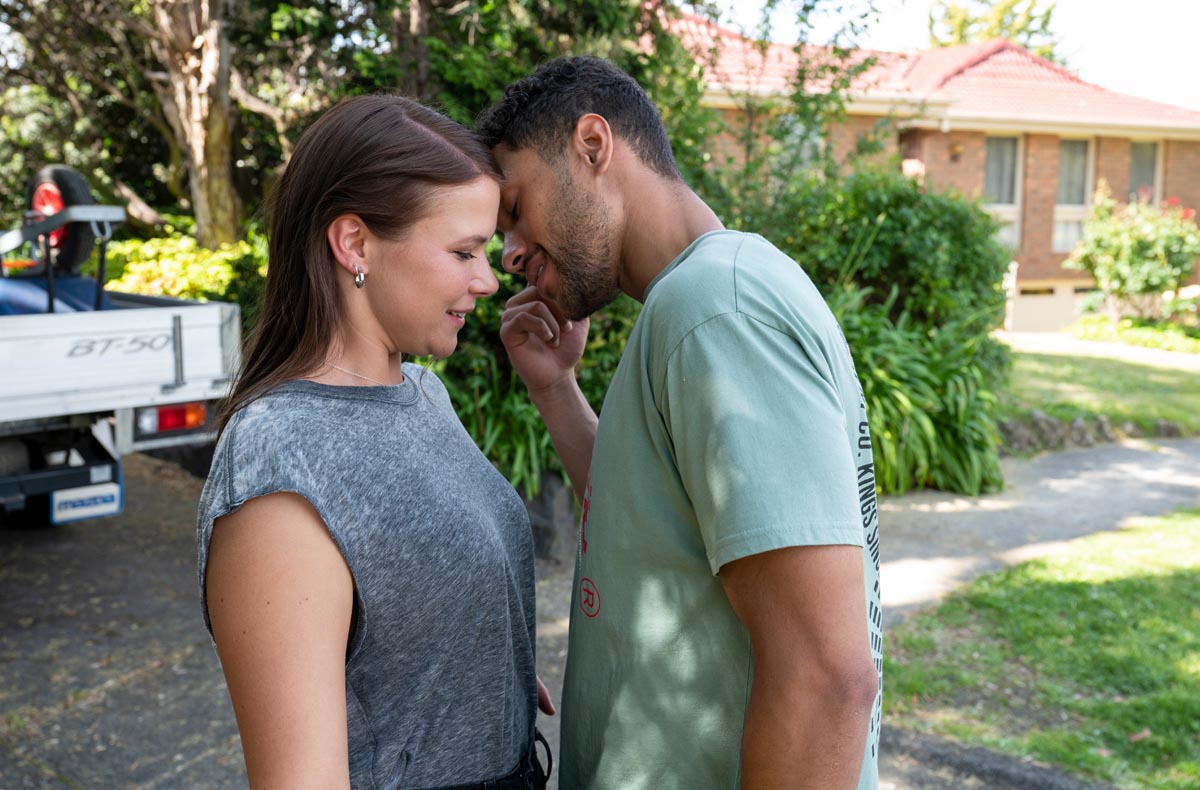 At the start of next week in the UK (Monday 31st January), and one week later in Australia (Monday 7th February), the street comes together for another of Ramsay Street’s famous cricket matches. 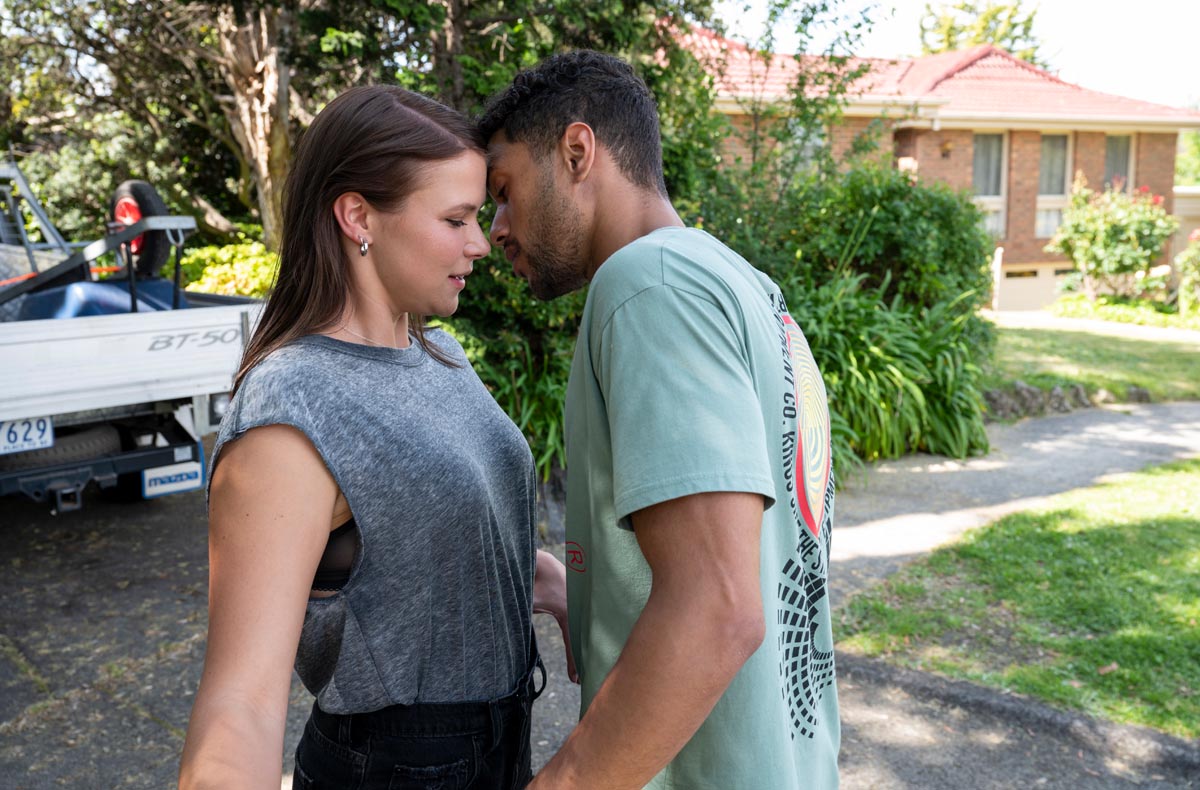 It gives Levi the chance to get to know Freya a little better, and it’s not long before they’re awkwardly sharing a kiss on the street. Levi even manages to uncover why Freya came to Erinsborough in the first place, and, while her story is strange, their chemistry overpowers his doubts.

However, while Freya has convinced Levi that she can be trusted, not everyone agrees. Which Ramsay Street resident is suspicious of her intentions, and begins to look into her backstory?

The following day, the feisty new firecracker convinces Levi to go for a joyride in his police car. It’s very out of character for the usually sensible cop, but he gives in for the sake of his budding romance, and the pair end up having yet another fabulous date. 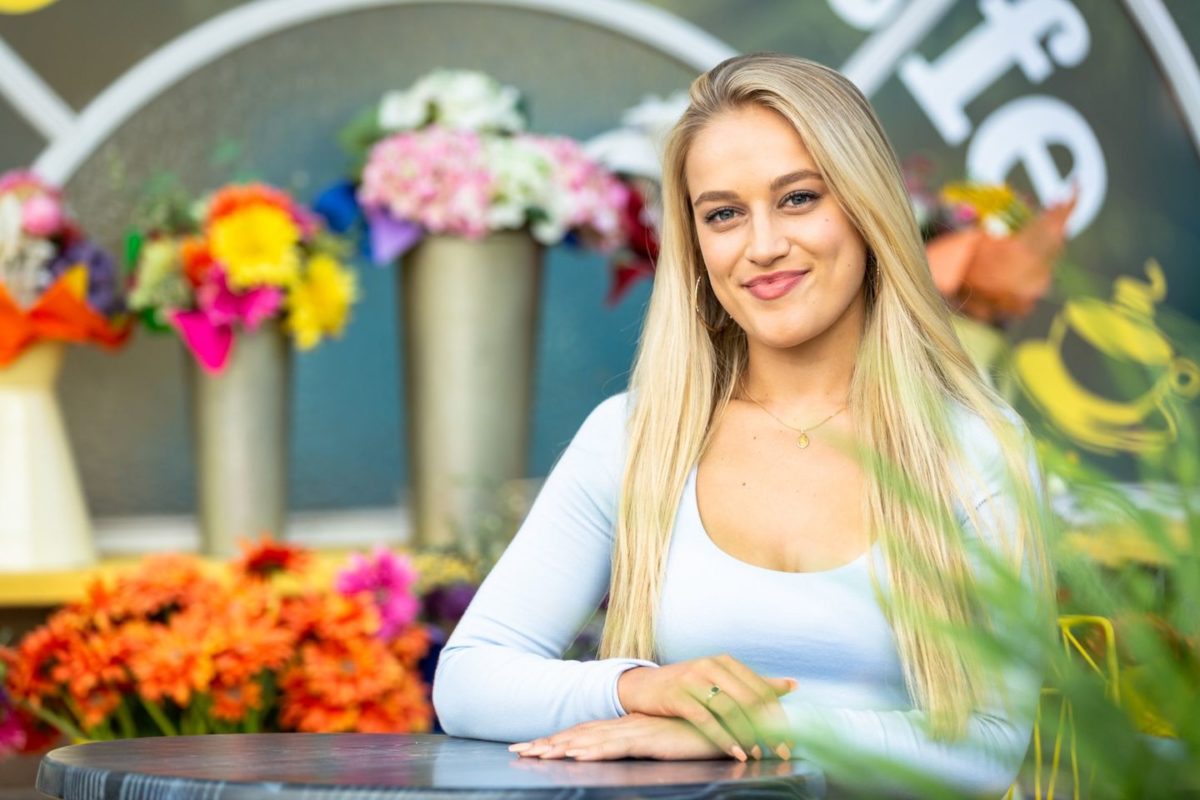 Yet their happiness may be short lived, as Freya’s true intentions are explosively revealed at the end of the episode airing in the UK on Tuesday 1st February, and in Australia on Tuesday 8th February.

Roxy catches Freya red-handed, and questions her intentions with Levi. However, it seems that Levi is so smitten by the new arrival that he couldn’t care less about what Roxy has to say.

Is Roxy just being paranoid, or is there really more to Freya than meets the eye?

Here are the spoilers for the next two week of Neighbours:

Levi can’t say no when Sheila sets him up on a date with the intriguing Freya.

Amy, stressed about supporting herself and Zara without the Flamingo Bar, makes an impulsive purchase to stay afloat.

Zara’s hopes for a fresh start at Erinsborough High are dashed.

As Kyle and Roxy embark on their honeymoon, Kyle slaps on extra testosterone patches so he can perform in the bedroom.

Amy is shocked by Zara’s actions at school, but Zara is only acting up because she wants to spend time with Amy.

Abandoned by Zara, Amy is in dire straits, struggling to breathe and unable to save herself.

Will Ned arrive in time to get her to the hospital?

Terese is enjoying taking care of Paul, but she is still conflicted about their relationship.

A grief-stricken Leo juggles work and Abigail, but all he can think about is Britney and his desire for revenge.

Determined, Paul convinces Terese to return to marriage counselling, even though their last session was disastrous, and he actually has a personal breakthrough.

Leo is burning himself out.

Paul is shocked to learn that Terese not only moved in out of guilt, but also had feelings for Glen.

In the midst of another sexy date, Levi opens up to a sympathetic Freya about his childhood.

Leo is consumed with guilt and fear as Abigail is rushed to the hospital, inspiring Aaron and David to change directions with him.

Amidst a Ramsay Street cricket match, Levi uncovers why Freya came to Erinsborough in the first place, but she hasn’t convinced everyone.

Running out of time and money, an impulsive Amy moves in with Toadie without telling Zara, worried that her daughter will have trouble adjusting to the change.

Freya talks Levi into taking her for a joyride in a police car.

After catching Freya red-handed, Roxy questions her intentions with Levi.

Zara is eager to impress the cool girls on their first beach day.

Paul is shaken when Terese reminds him her stay in the penthouse is temporary, triggering a return to past behaviours.

Paul’s deceit pays off, as Terese is acting even more loving towards him than before, but Karl is still baffled.

Ramsay Street is worried about Leo, who is so overwhelmed by grief and guilt that even a fishing trip can’t cheer him up.

Paul is thrilled when Terese finally agrees to get back together.

Paul’s strange illness puzzles Karl, who is shocked to hear he has been replaced with a new specialist.