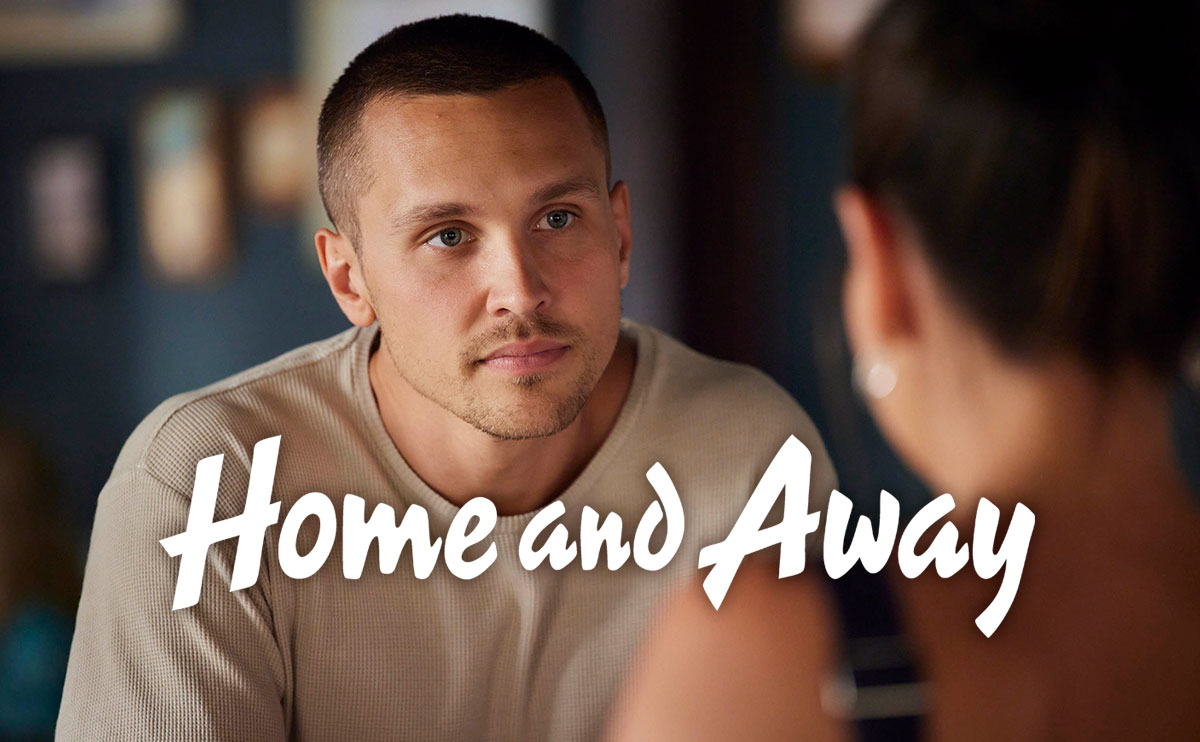 On next week’s Home and Away in the UK, Ziggy tries a sneaky tactic to set up romance between Mackenzie and Logan, while Dean struggles with his first day of rehab. 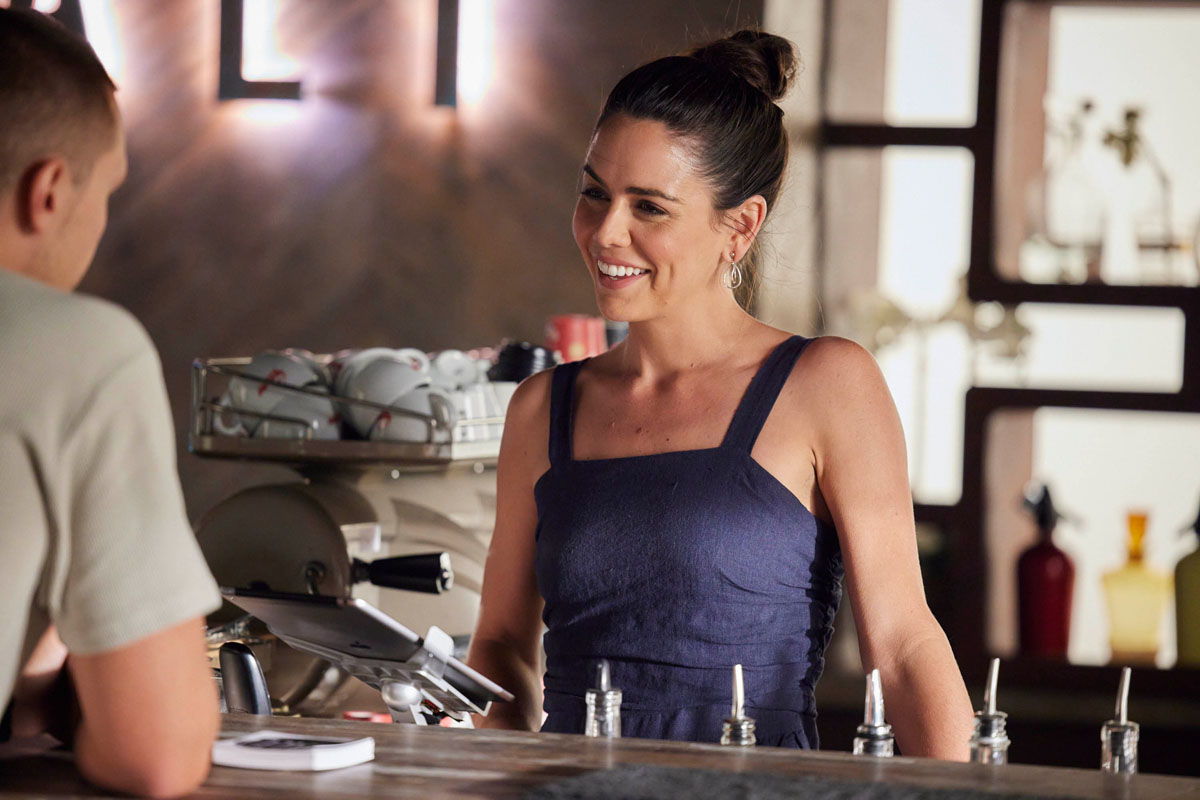 The pair may have been introduced in unusual circumstances – Logan saved Dean’s life after his horrific car crash – but once it was clear that Dean (Patrick O’Connor) was out of the woods, Mackenzie began to focus on the Medical Response Unit doctor’s other assets. 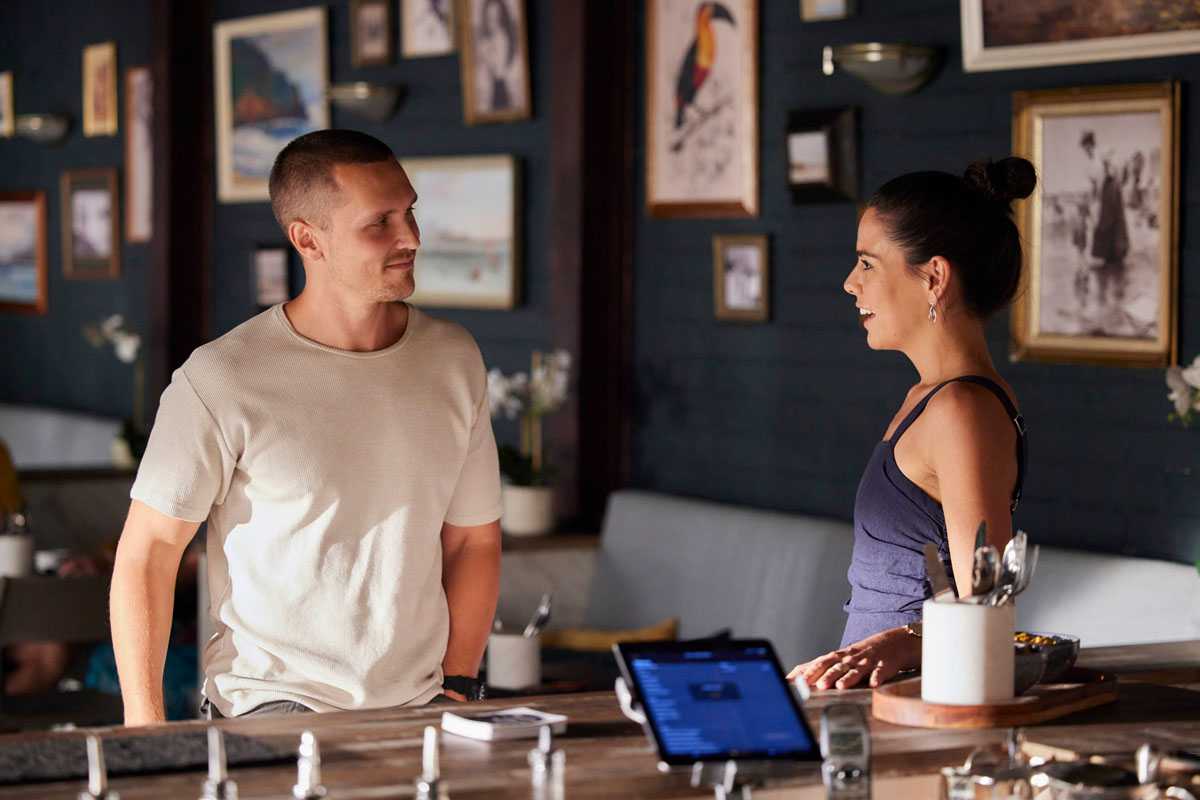 Logan noticed Mac too, and last week offered to buy her a drink at Salt.

Sadly, he was knocked back – Mac surprised even herself when she rejected his advances, telling him that she wasn’t looking for anything right now. It seems that after her failed relationship with Ari and her heartbreaking miscarriage, she needs a break from relationships to focus on herself.

Yet next week, Ziggy decides that Mac is wrong. She should pursue something with Logan, and, if she’s not going to do it herself, Ziggy is going to give her a helping hand.

What could possibly go wrong? 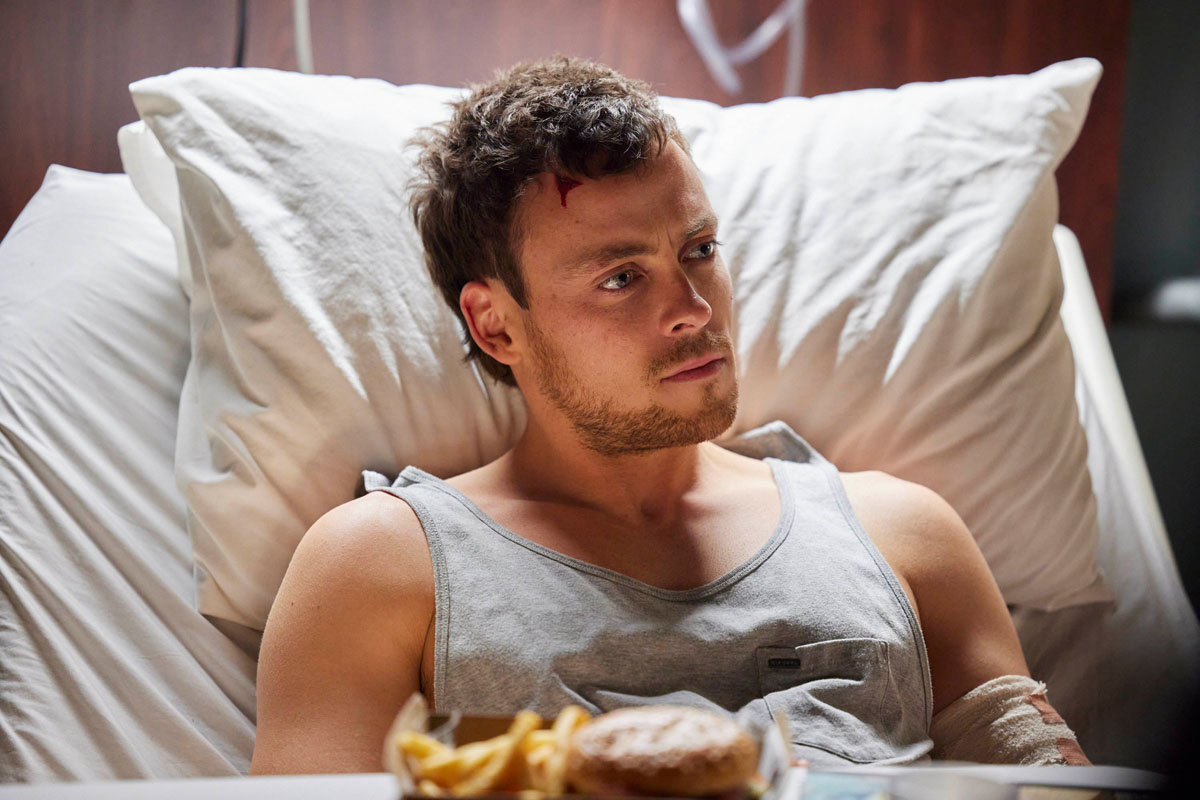 When Mackenzie accompanies Logan to the hospital when he goes to check on Dean, even the ex-River Boy can see that there’s something between them. Is she really at the hospital to see him, Dean wonders, or just to tag along with the hot new doctor?

After his first physio session, and just as Logan is about to leave, Dean stops him. In front of Mackenzie and Ziggy, he asks, “what’s the deal with you and my sister rocking up together yesterday?”

It seems that doctor-patient confidentiality doesn’t apply to his relationship with Mac, as Logan openly tells Dean, “believe me mate, it’s not a thing. I mean, I was keen to give it a shot, but she wasn’t.” 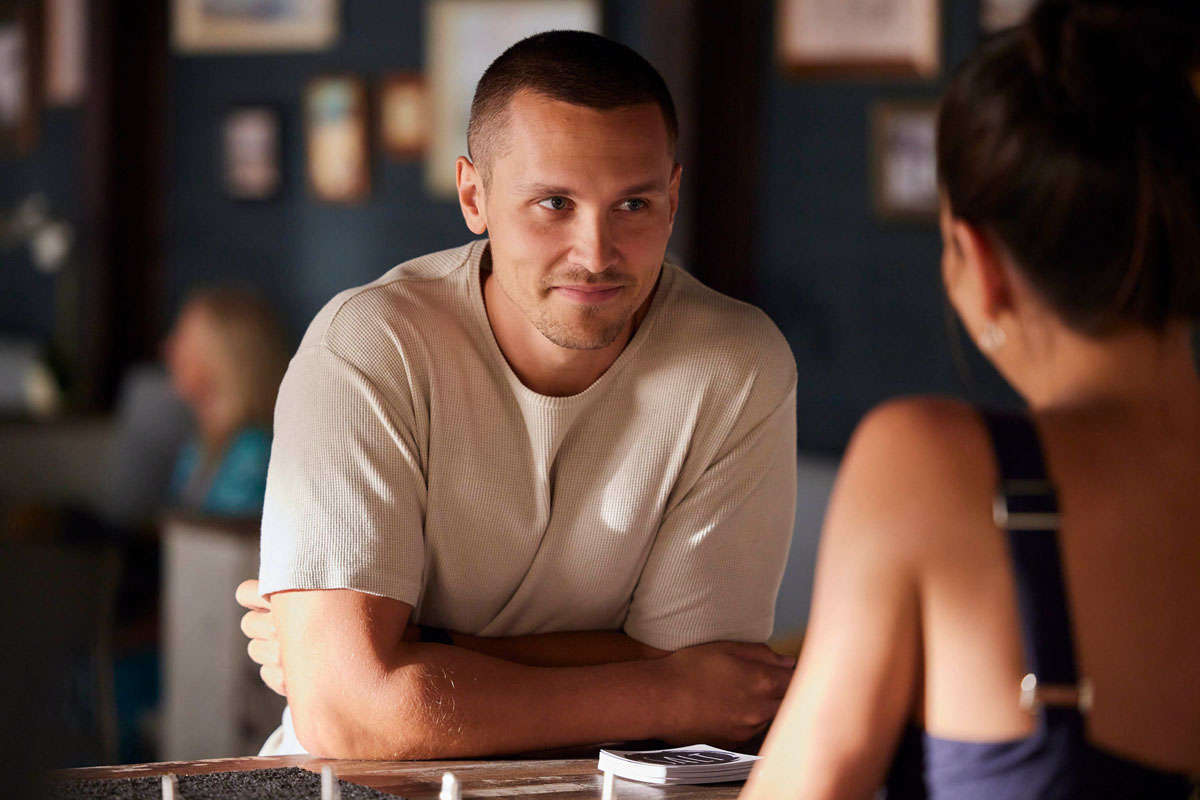 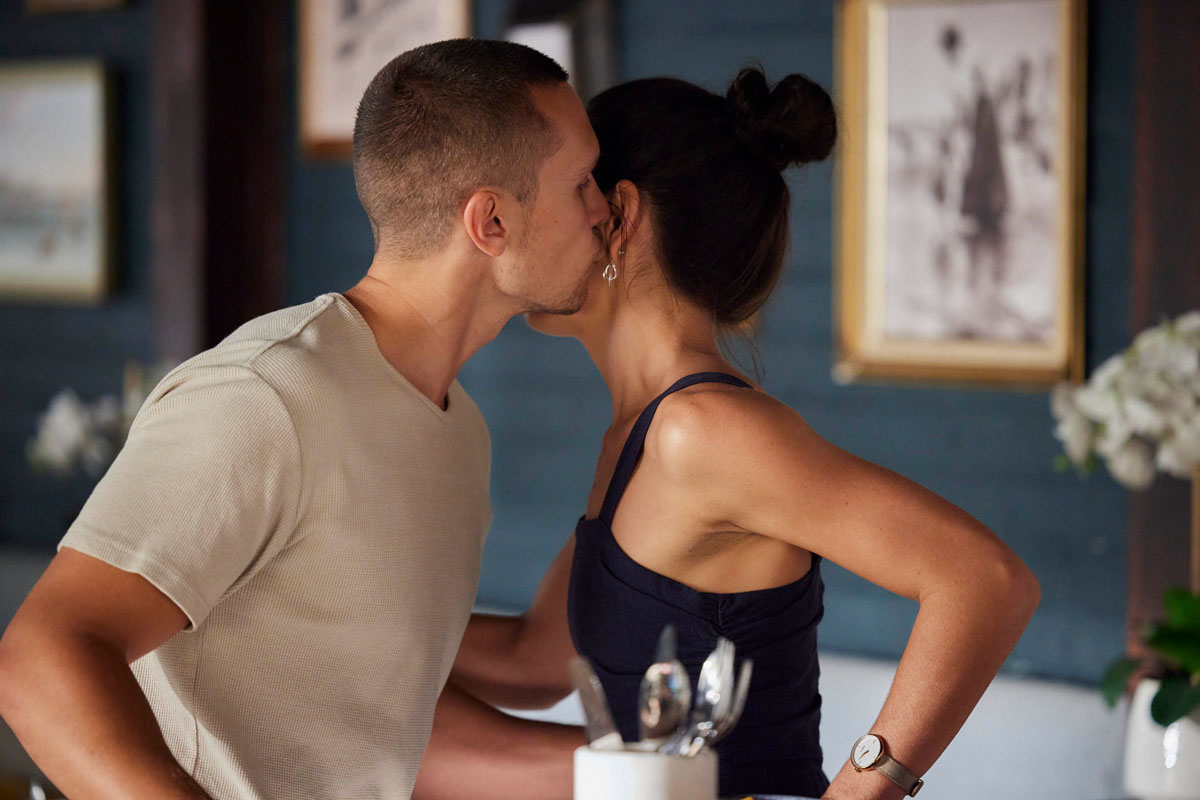 Despite her embarrassment at Logan’s honesty, Mackenzie grabs a lift with him back to the bay. He’s his usual charming self despite her rejection, and, when they say goodbye at Salt, he plants a kiss on her cheek, leaving her heart fluttering. Is she really as over men as she thought?

When she downloads to Ziggy, she keeps up the story that she isn’t looking for more drama in her life, but Zig isn’t convinced. 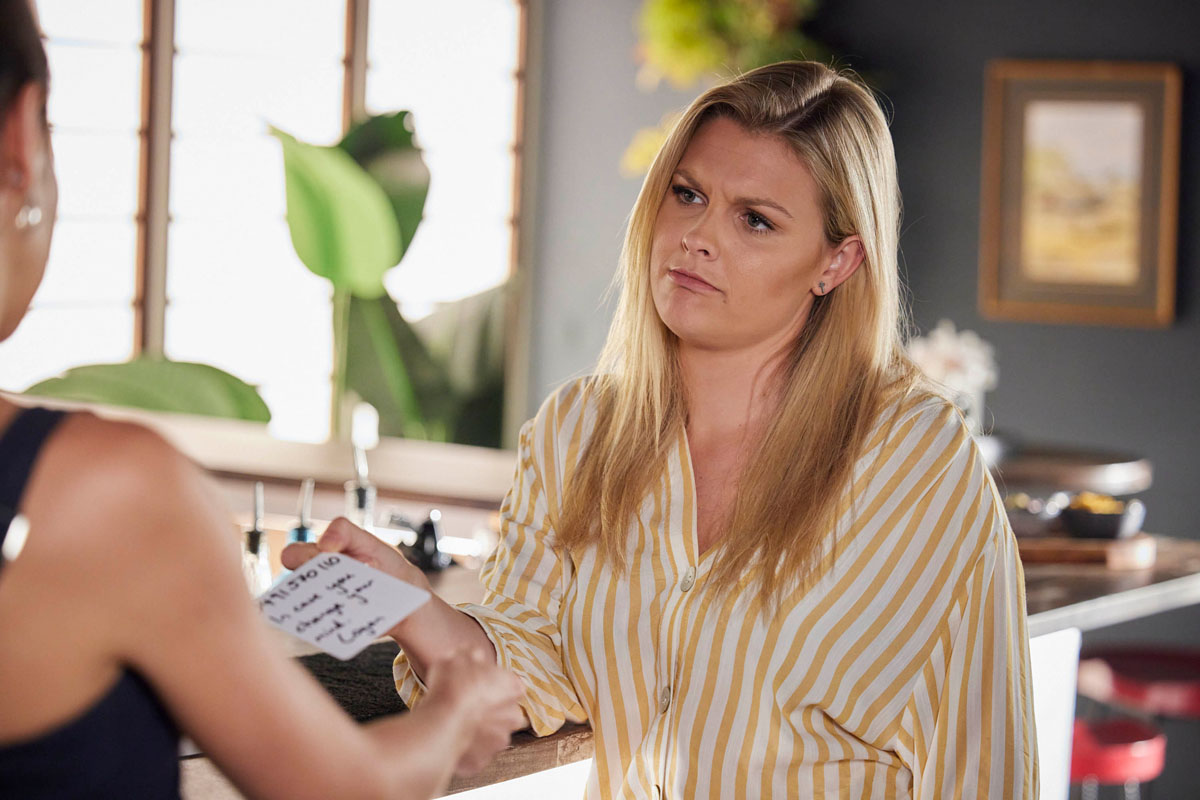 “Shutting the whole thing down was the right thing to do,” Mackenzie assures her.

“Have you [shut it down] though?” questions Ziggy, as she hands her a beer mat that Logan had left on the bar. It contains his number, and a message – “In case you change your mind.” 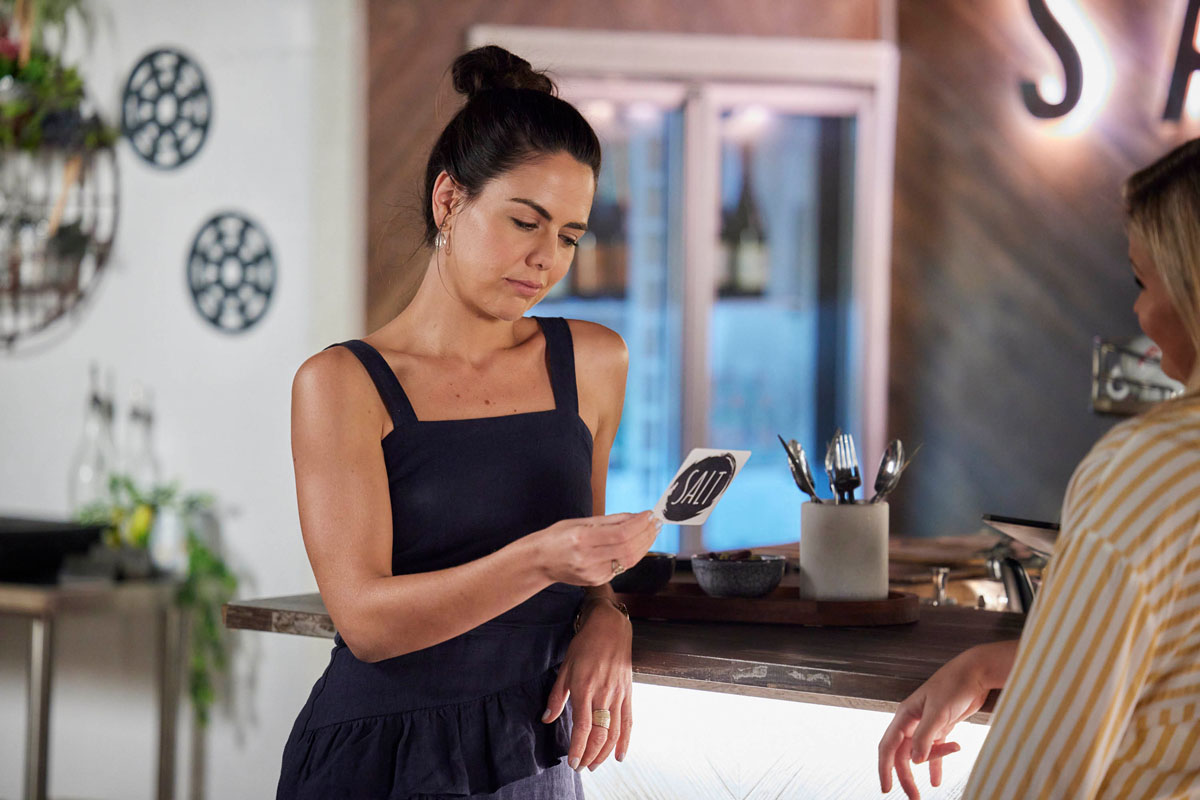 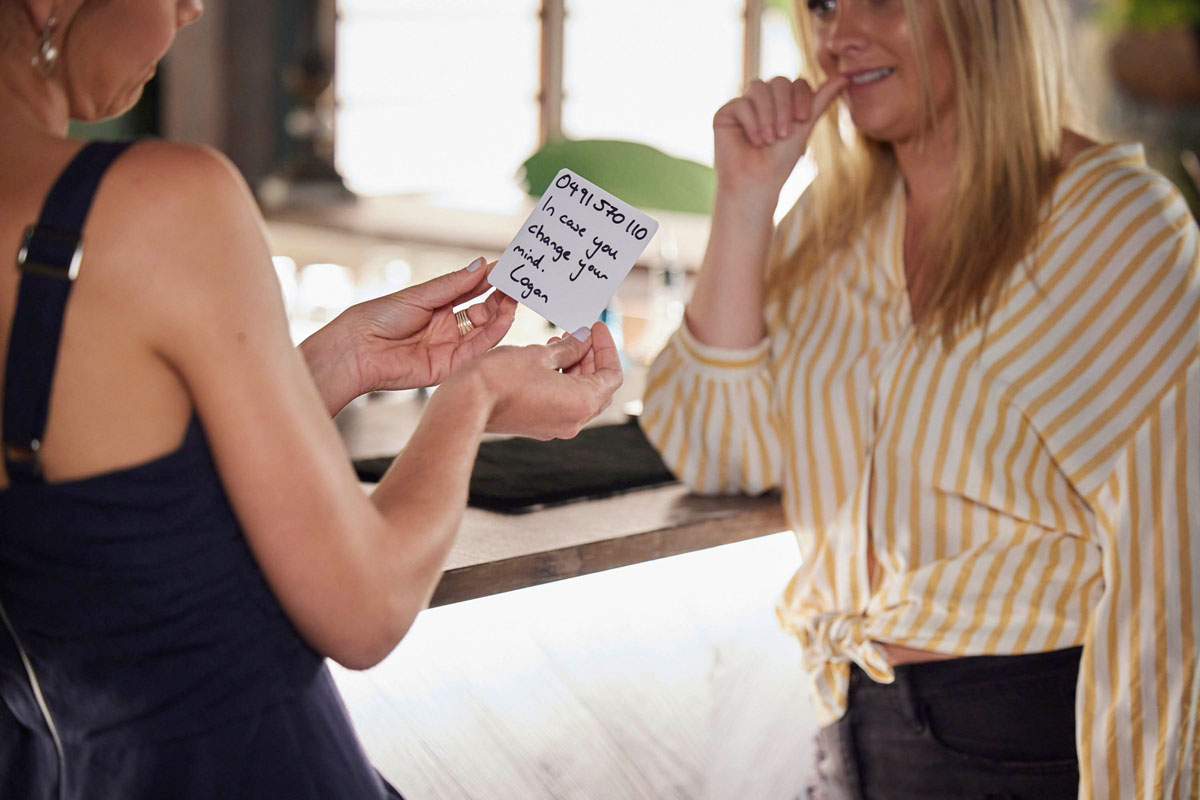 “He’s hot, he’s into you. You’re hot, you’re into him,” Ziggy tells her friend as she encourages her to give him a call.

Yet when Mac still refuses to do pursue him, Ziggy takes matters into her own hands. When they next visit Dean, Mackenzie leaves the room for snacks and leaves her phone on the table. Suddenly, the perfect plan forms in Ziggy’s head. 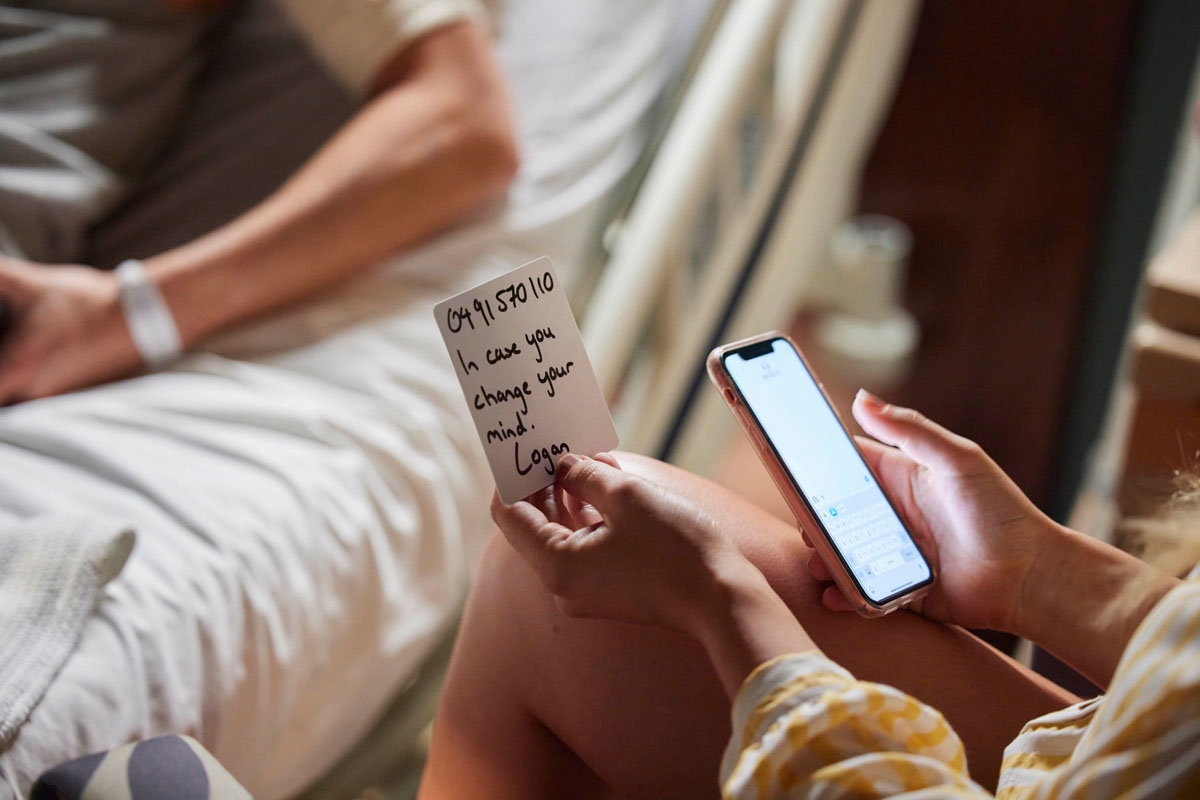 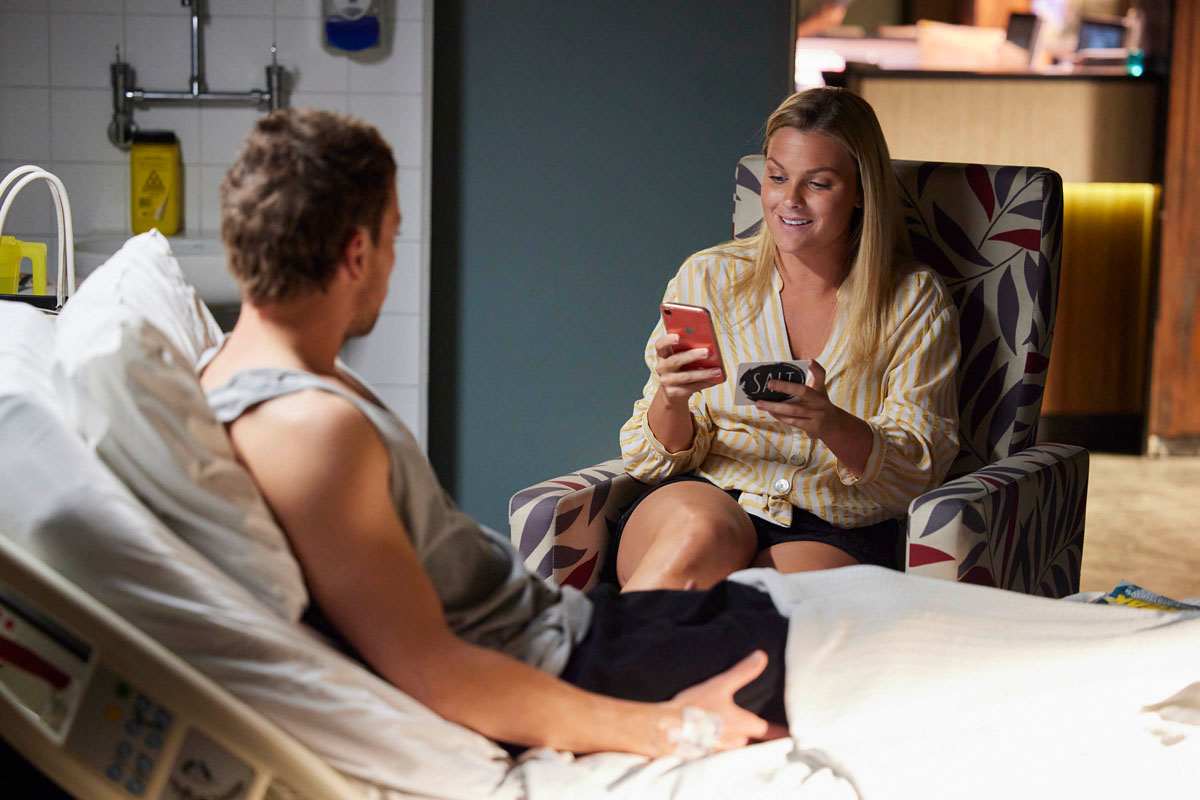 “Mac is going to send a text to Logan,” she tells Dean, with a mischievous smile. 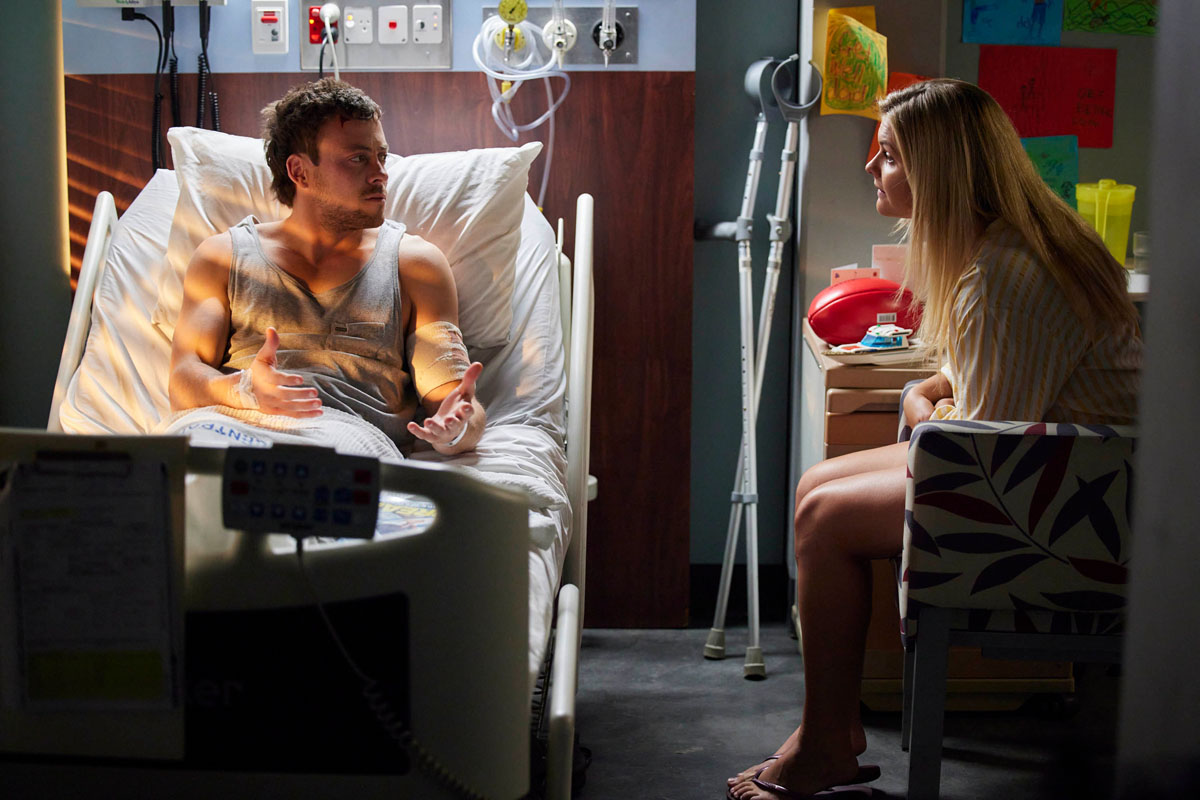 While Dean assures her that it’s a terrible idea, he can’t exactly jump out of bed and stop her! Before he knows it, the text is sent, with a “kissy face” at the end.

“Mac is going to tear you to shreds,” Dean warns.

Ziggy has an answer for everything: “And once she’s in Logan’s arms, it’ll all be worth it.” 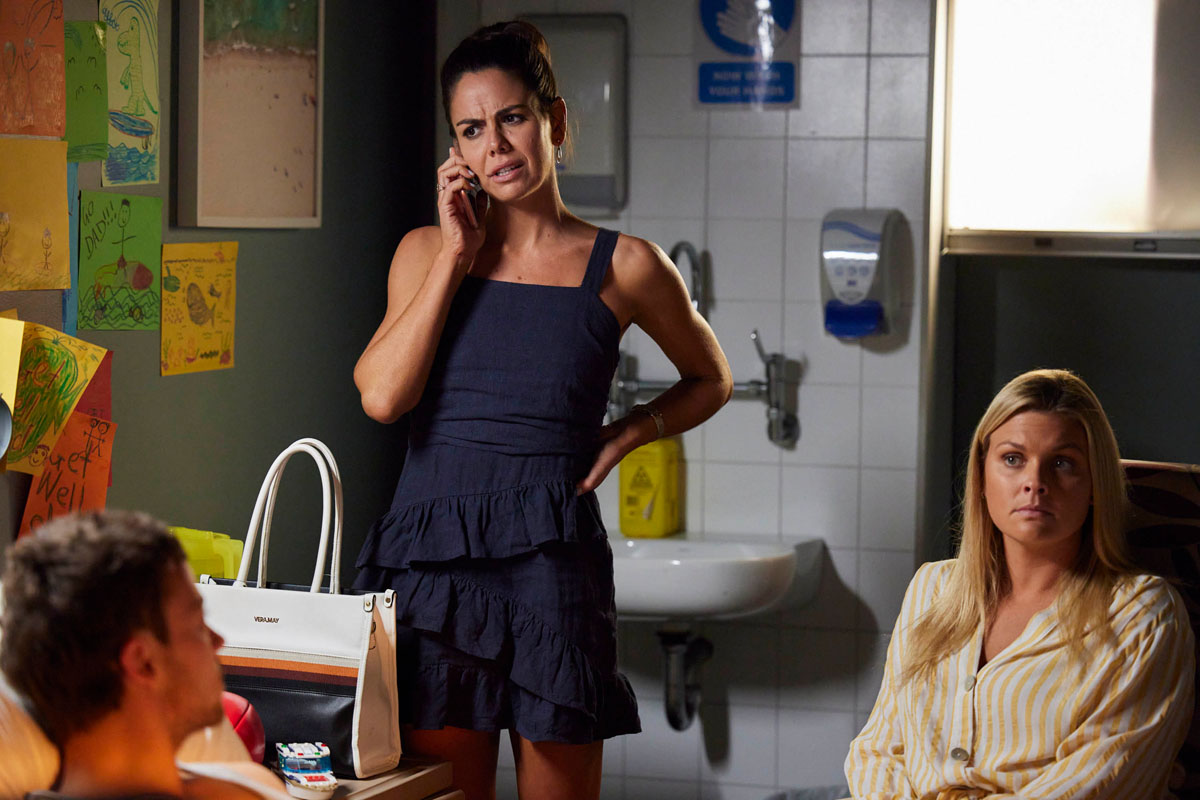 There’s a false alarm when Mac gets a call a few minutes later, and the newly reunited couple share a worried looks as she answers her phone.

Thankfully, just a new starter at Salt calling in sick, and it looks like they won’t have to be there to witness the awkwardness when Logan finally calls. 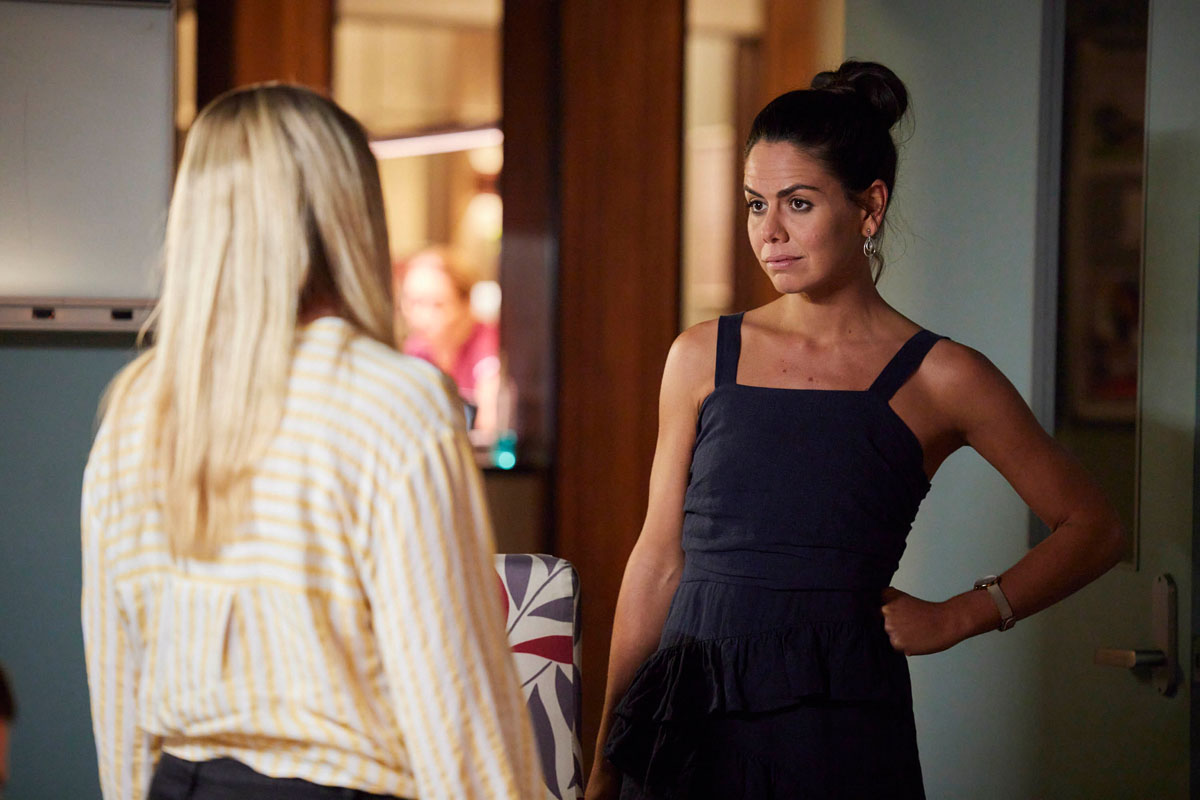 The call comes shortly after, just as Mackenzie steps into the lift on her way out of the hospital.

Barging back into Dean’s hospital room just moments later, she berates the pair, telling them that she isn’t “some silly teenager.”

“I made a decision, and you should have respected that,” she tells Ziggy, angrily. “I told you, plenty of times!” 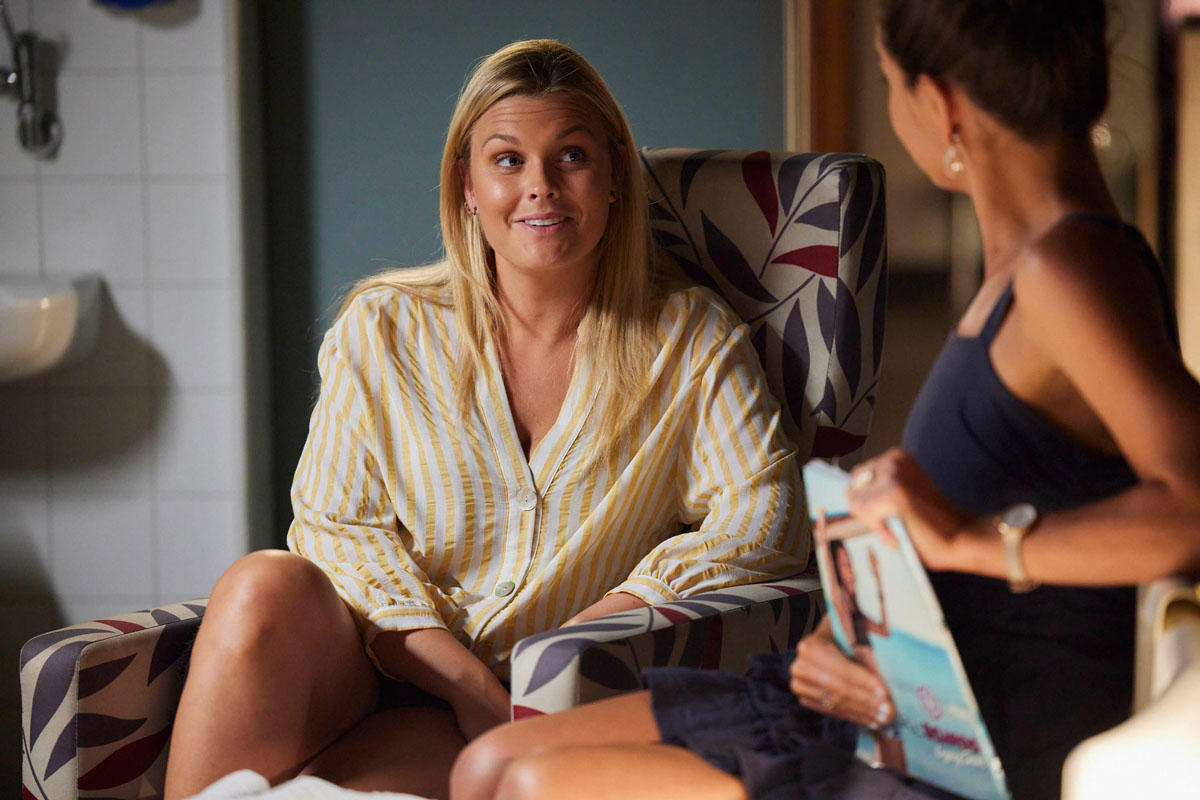 Yet, as annoyed as Mac may be, it looks like their friendship is safe. For now.

It takes a word from Dean for her to realise that she may be about to throw away a great opportunity for happiness.

While he admits that Ziggy went about things the wrong way, Dean does think his girlfriend has a point about Logan. He has seen the best of the doctor, and calls his sister up to tell her that Logan is a great bloke. More than that, he tells her that “maybe, you’re ready to be happy. It might be worth the risk.”

While Mac wonders what they’ve done in the hospital to make her brother go all soft, she has to admit he has a point. 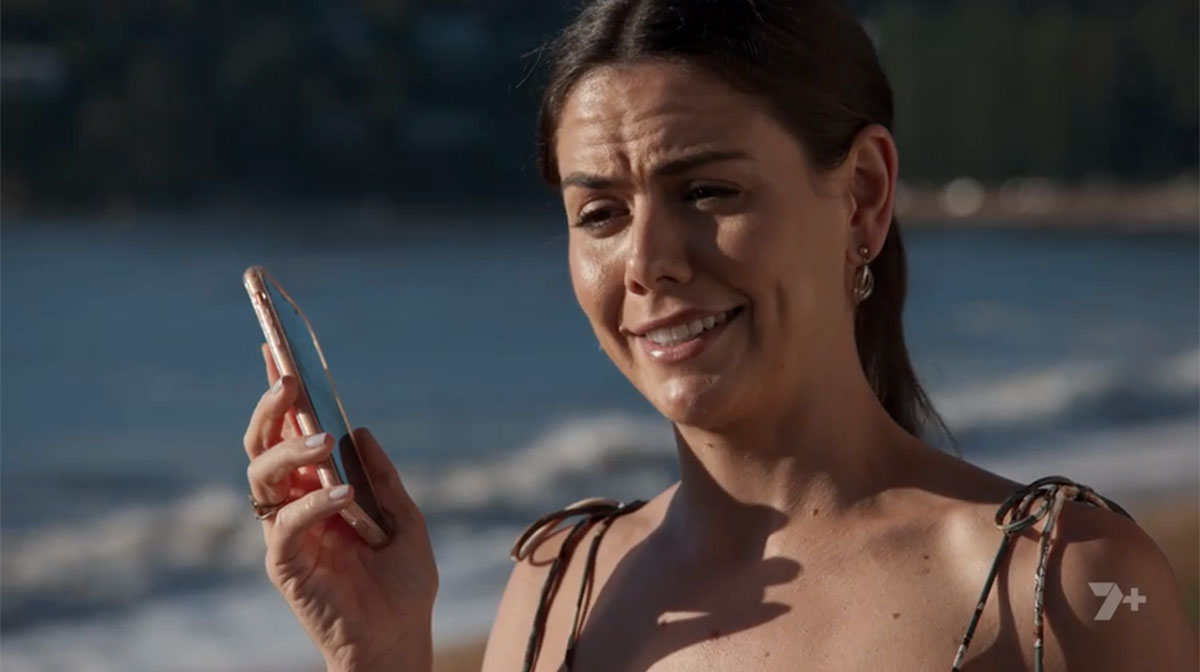 The following morning, as she walks alongside the beach having had a night to sleep on it, she takes out her phone and the ripped up coaster, and gives the new doctor a call. It heads to voicemail, but she leaves him a sweet, though slightly dishevelled, message telling him to call her back so they can organise that drink.

However, when a day goes by and Mac hasn’t heard anything from her potential new suitor, she isn’t happy.

Get set to see her do Mackenzie do her best Jasmine Delaney impression, as she rips into him for not getting back to her, just as he passes out from a head injury. Oh dear. 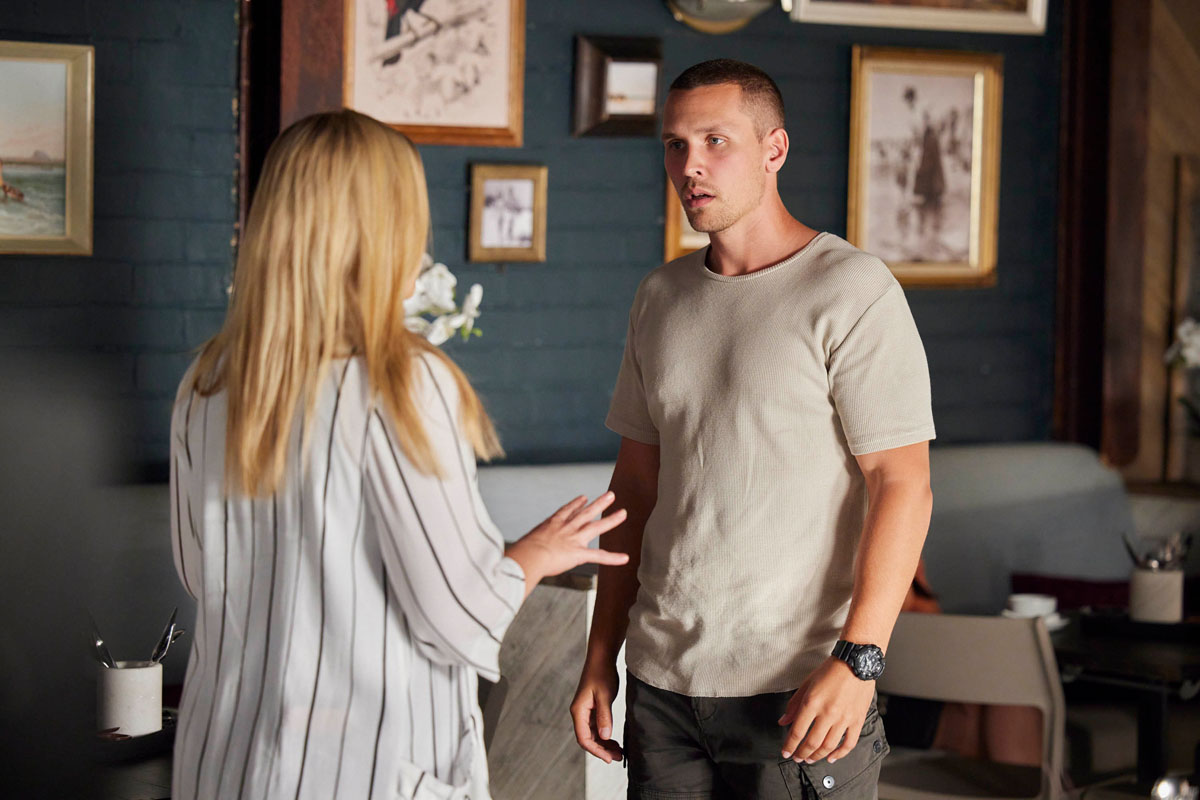 Keeping with Dean and Ziggy, Dean continues to struggle with his recovery next week.

Last week, he pushed Ziggy away after she tried to sit in on his first rehab session, and ended up kicking the physio out of the room when he couldn’t cope with the initial exercises. 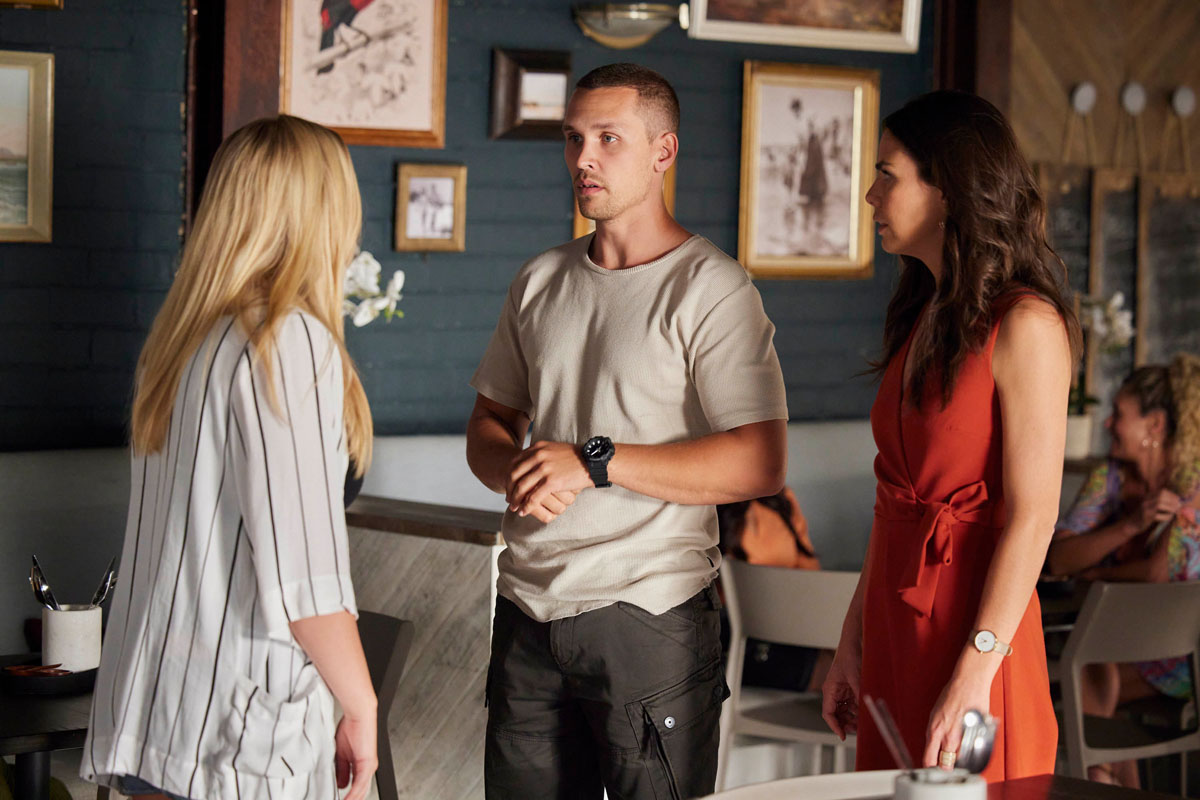 Next week, Logan goes to check on him, accompanied by the two women in Dean’s life, and manages to lift his mood. However, he can’t make Dean change his mind.

Dean insists to Ziggy that she can’t be there while he starts his recovery. He knows how hard it is, having been through it once before, and knows it’s better if she isn’t there.

Yet Logan gives him a talking to. He tells his patient that, during his time the army, he saw “blokes in way worse shape than you.” He warns him that, more often than not, he saw them push away the people they cared about. They didn’t want to seem weak, but, eventually, those people they pushed away didn’t come back.

Dean realises he can’t push Ziggy away forever. The fact that they’ve just gotten back together is all the more reason for him to keep her close. 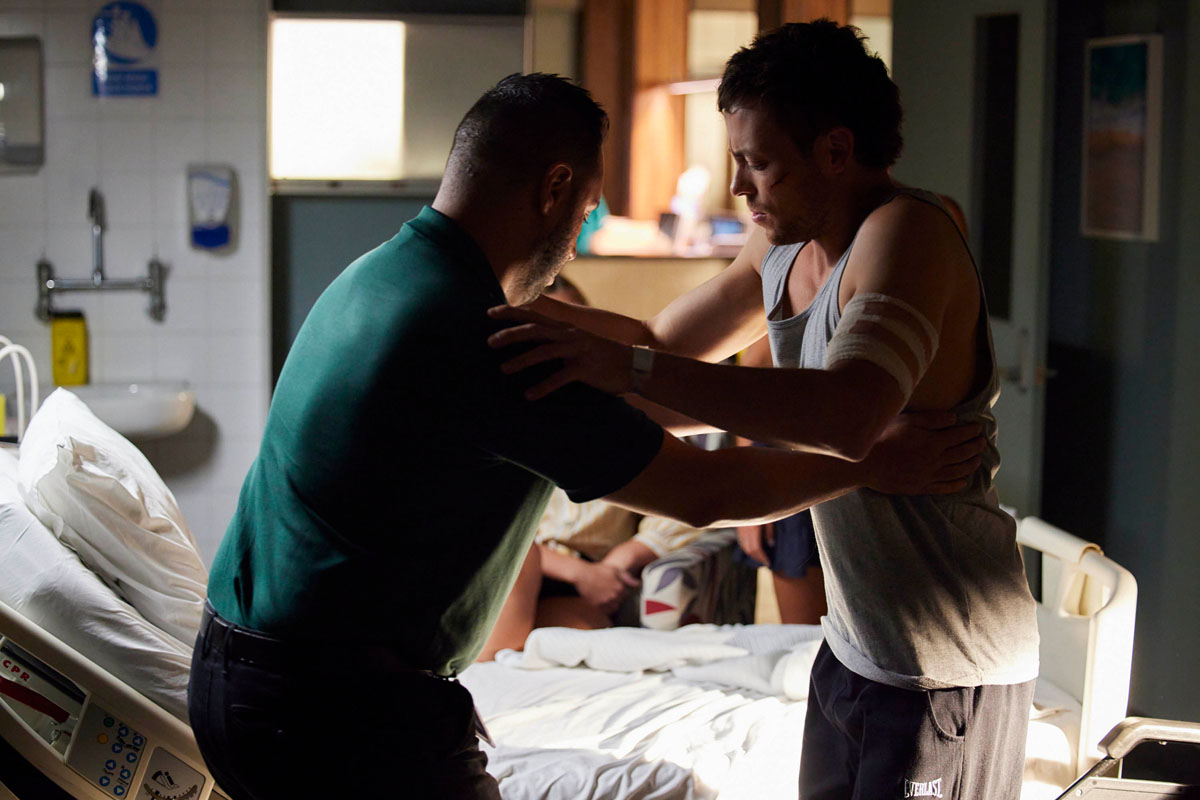 Logan’s warning does the trick. The next day, as Dean starts his second session, Logan texts Mac and invites her and Ziggy to the hospital. They get there just in time to see Dean taking his first steps on his crutches, and, remarkably, he’s happy to let them stay and watch.

“What did you do?” exclaims Mac, as she gawps at the effect Logan has had on her brother. “Well, didn’t you turn out to be the miracle worker.” 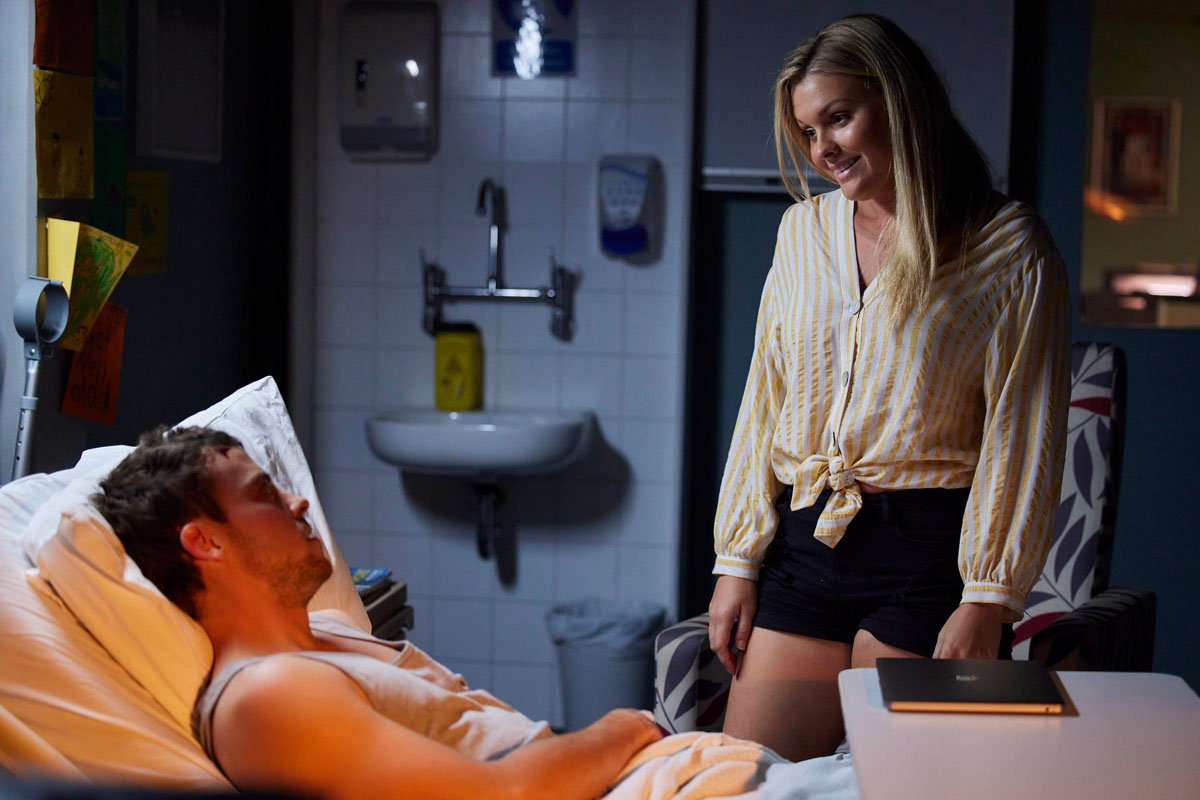 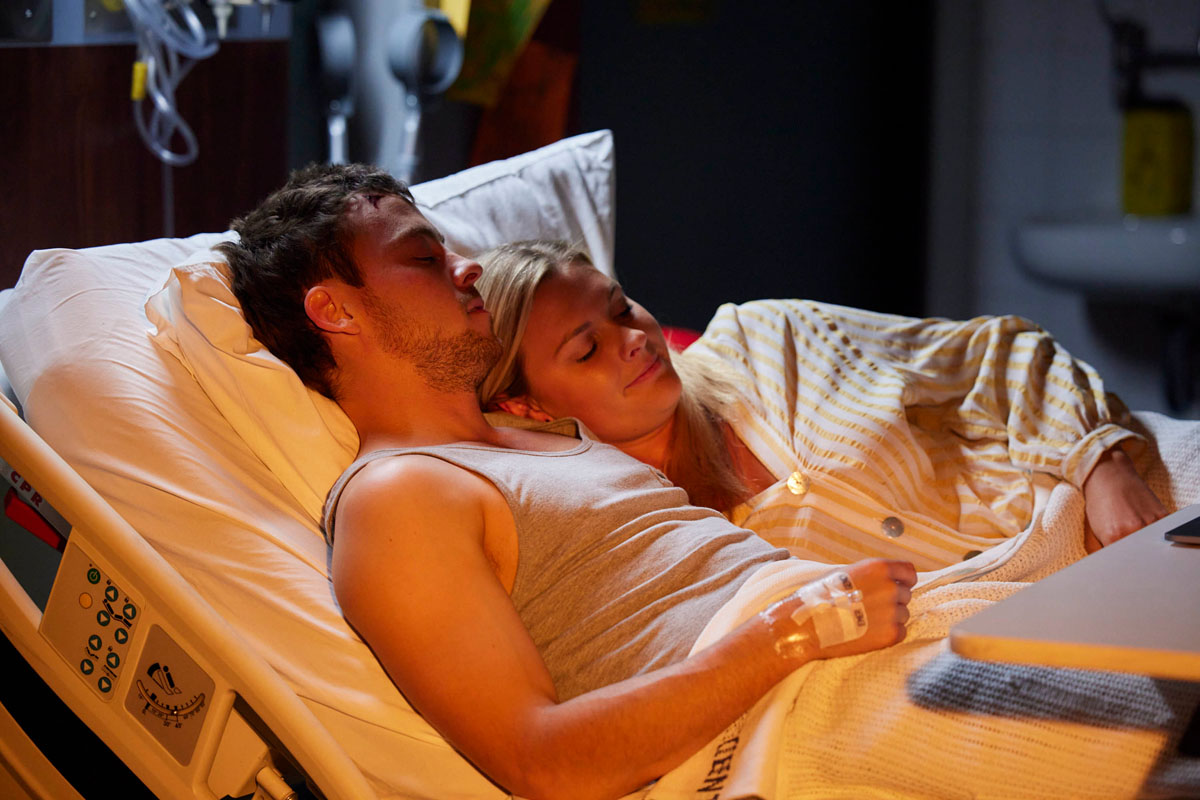 When Ziggy is alone with him, she assures Dean that she’s in it for the long haul, and he can’t get rid of her. “I’m here for all of it, whether you like it or not.” As Dean agrees, they seal the deal with a kiss. 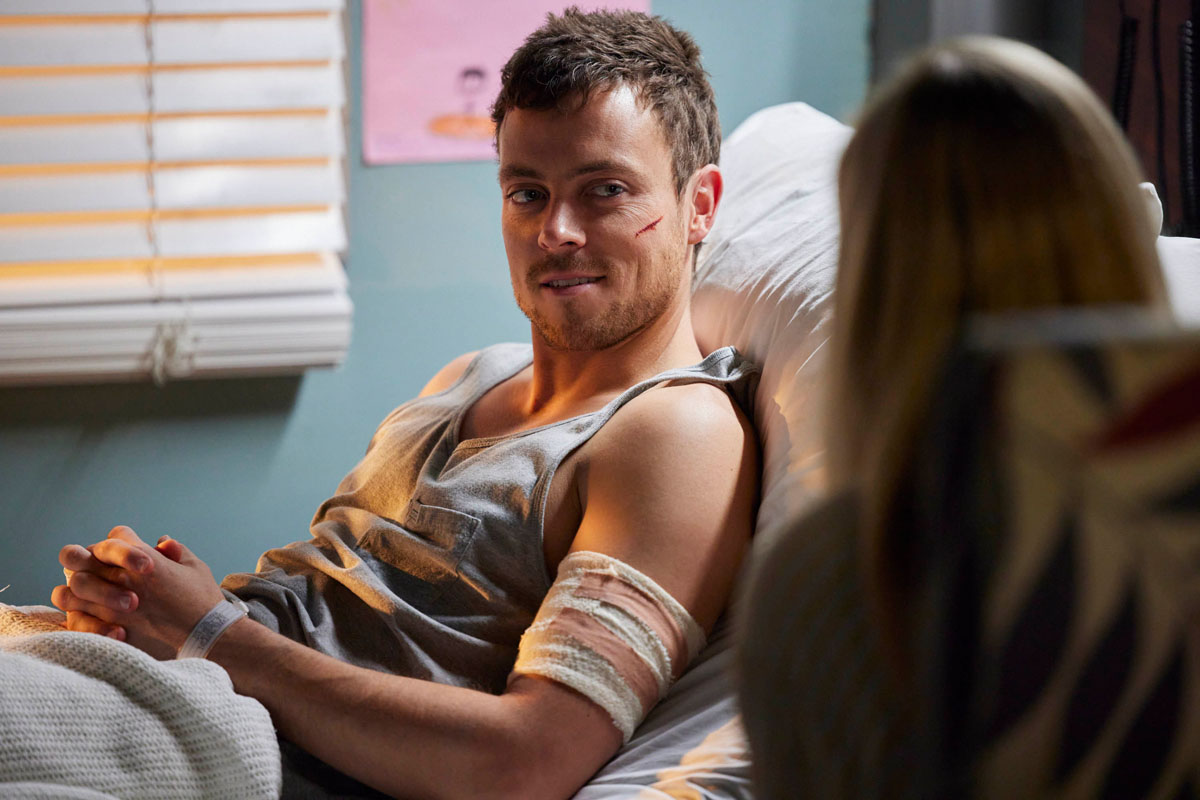 As his physio struggles continue over the coming weeks, will his and Ziggy’s newfound happiness last?

Martha realises what Alf is fishing for. Logan discovers who is more stubborn – Dean or Mackenzie. Tori and Christian discover if mixing wine and wedding shopping is a good idea.

Ryder and Chloe pull off the unexpected. Justin pivots into expanding his business. Ziggy oversteps the line with Mackenzie.

Chloe and Ryder get through a long day. Mackenzie reads into signals. Tori must deal with Logan again.