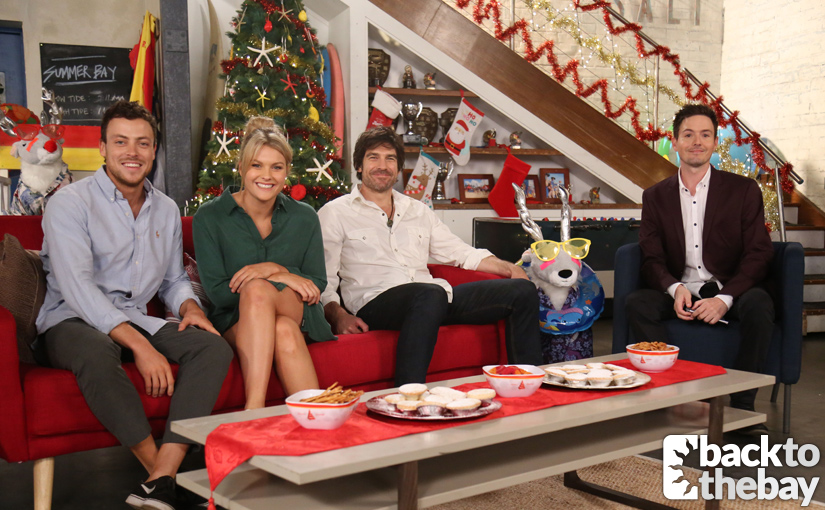 Another week, another episode of the Home and Away Christmas special – ‘Christmas in Summer Bay‘.

For the past 3 weeks, streaming services 7Plus and My5 have been airing behind the scenes specials, with the cast of the show swapping stories, presents, and reliving memories of past storylines.

We started in Summer Bay House, then the Morgan house, before last week saw ex-Home and Away actor Jason Smith head to the flat above the Pier Diner to chat to Colby, Bella, Dean and Mackenzie.

This week in the fourth instalment, Jason heads to the Surf Club to chat to some of the Astoni family and friends. We start with Rohan Nichol (Ben Astoni), Sophie Dillman (Ziggy Astoni) and Patrick O’Connor (Dean Thompson), for a beach-themed Christmas celebration. 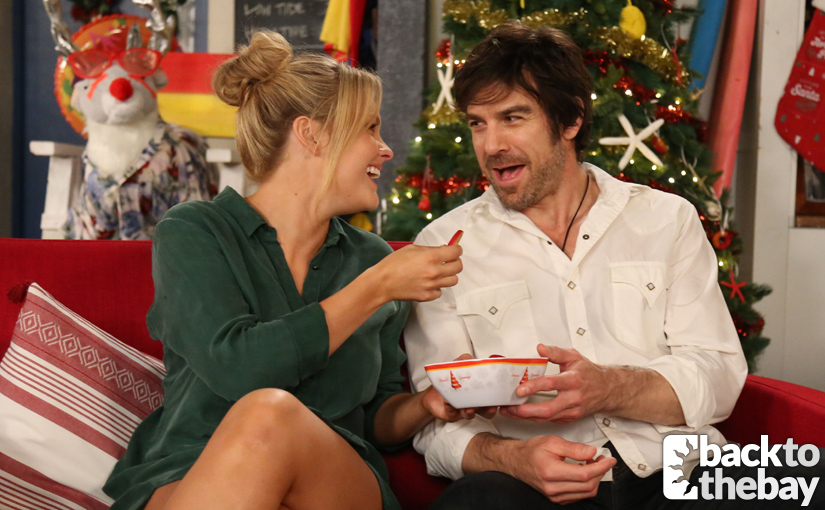 The Astoni family have been on our screens since 2017, and have had a turbulent time in the Bay ever since.

Whether it’s been Maggie’s battle with cancer, Ben’s recent fight with depression after being caught up in a drug smuggling operation, or Ziggy’s emotional turmoil after being cheated on by first Jarrod and then Brody Morgan, they’re all due a relaxing Christmas after a tough few years. 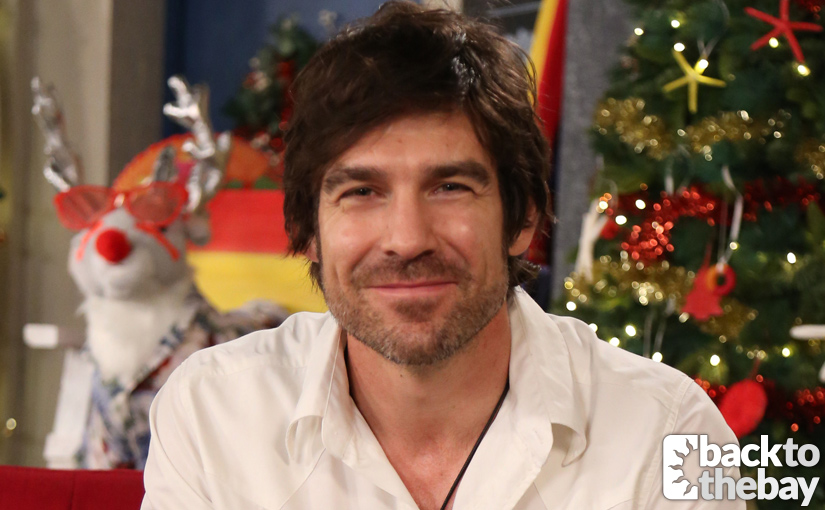 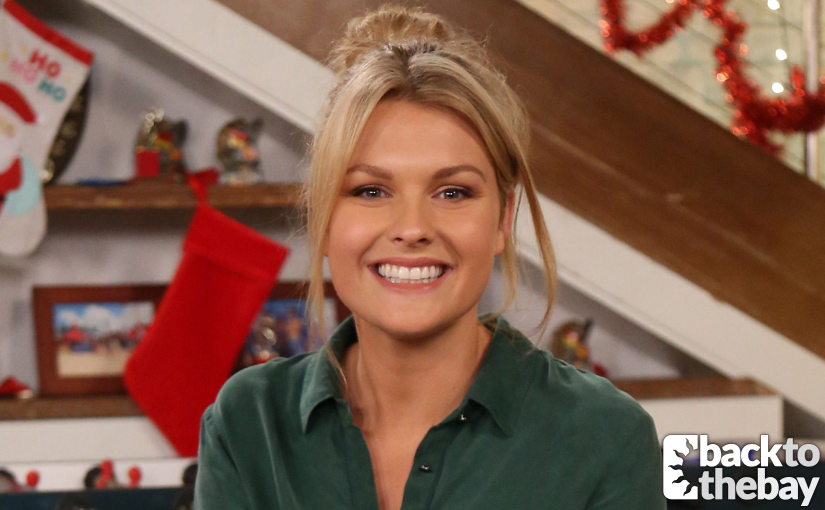 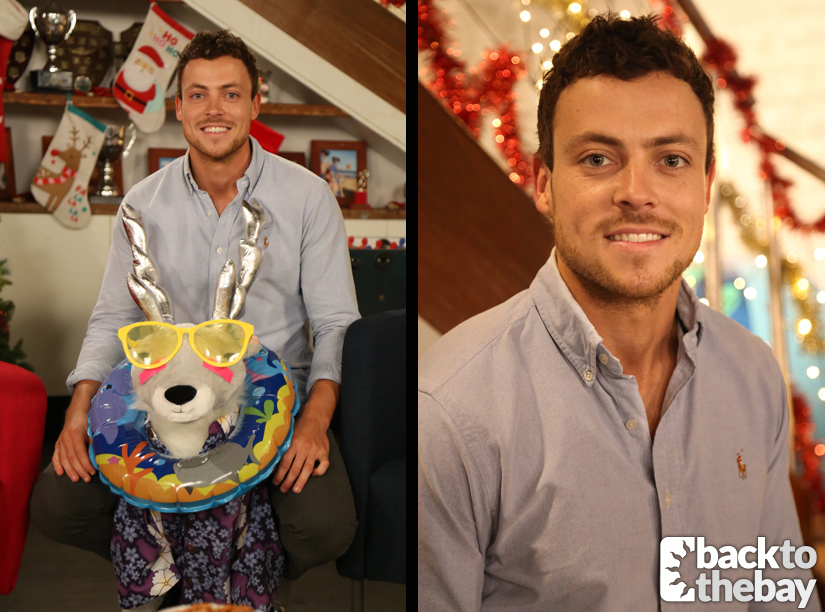 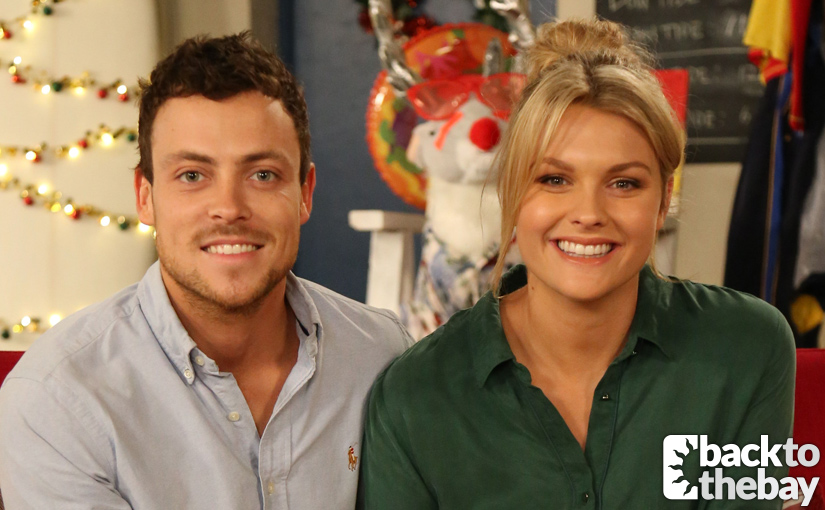 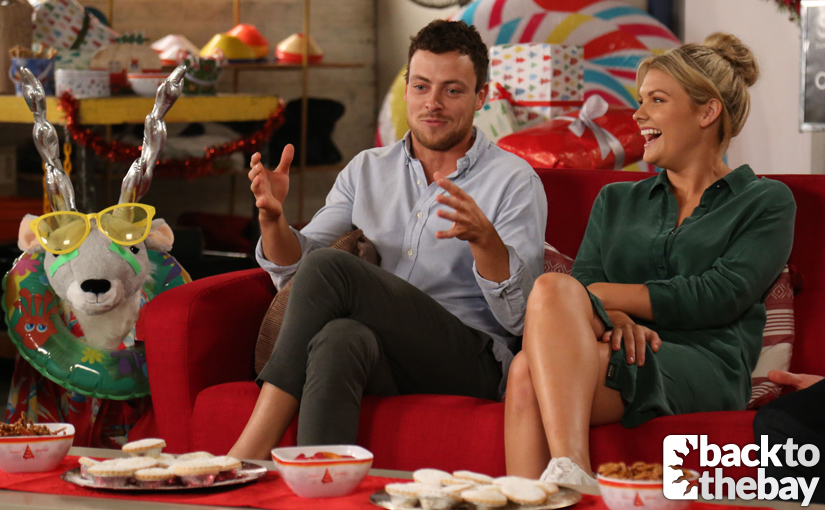 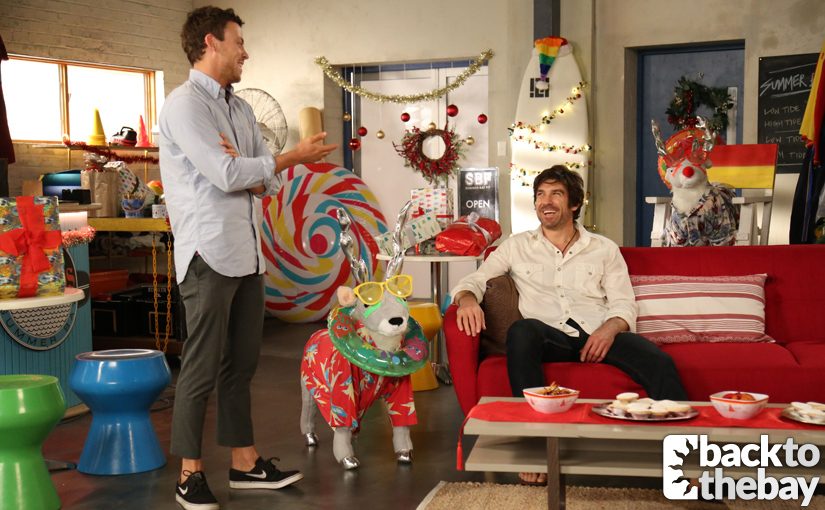 Rohan, Sophie and Patrick will discuss all of the emotional trials and tribulations that they’ve been through, and will also explore the relationship between Ziggy and Dean.

The two got together after Ziggy’s breakup with Brody, and Dean has cemented himself as a member of the extended Astoni family, first working for Ben’s Boards, and later employing Ben as an instructor in his surf business. 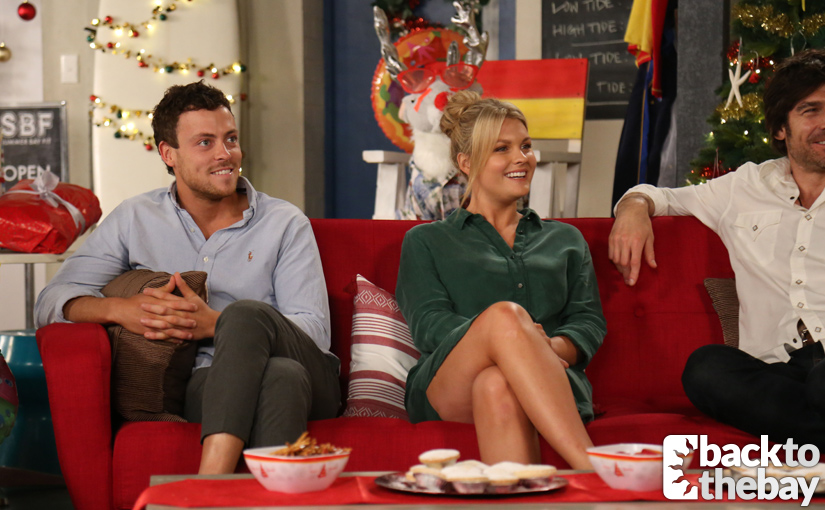 Recently, Australian viewers will have seen the pair go through their own stresses as Ziggy’s new job puts distance between the pair both physically and emotionally.

Later, the trio will be joined by two other Surf Club regulars, as Shane Withington (John Palmer) and Lukas Radovich (Ryder Jackson) join them for a chat.

The five will discuss “what makes friendships in Summer Bay such an important and integral part of the Home and Away tapestry“.

Here’s what the official press release has to say about the episode:

In the Surf Club, we’ll join Rohan Nichol, Sophie Dillman and Patrick O’Connor as special guest Anna Cocquerel* surprises them for a beach themed Christmas celebration. They’ll talk us through the trials and tribulations the Astoni family have faced, and we’ll take a deep-dive look into the relationship between supercouple ‘Ziggy’ and ‘Dean’. Later, Shane Withington and Lukas Radovich will join proceedings to discuss what make friendships in Summer Bay such an important and integral part of the Home and Away tapestry.

*Please note that we’ve since been informed that the information in this press release is outdated, and Anna Cocquerel will not be making an appearance. 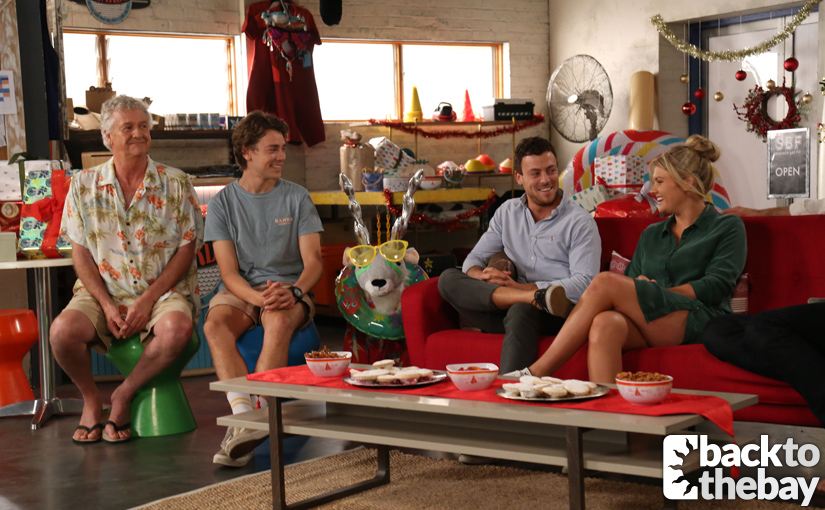 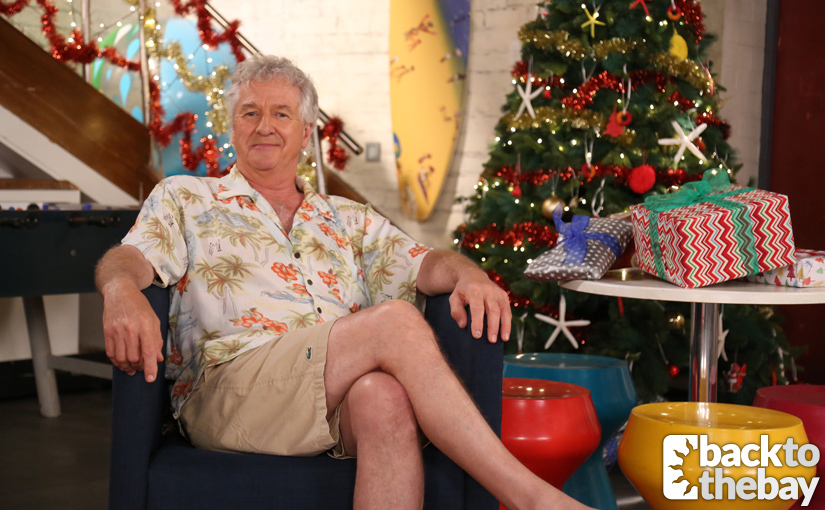 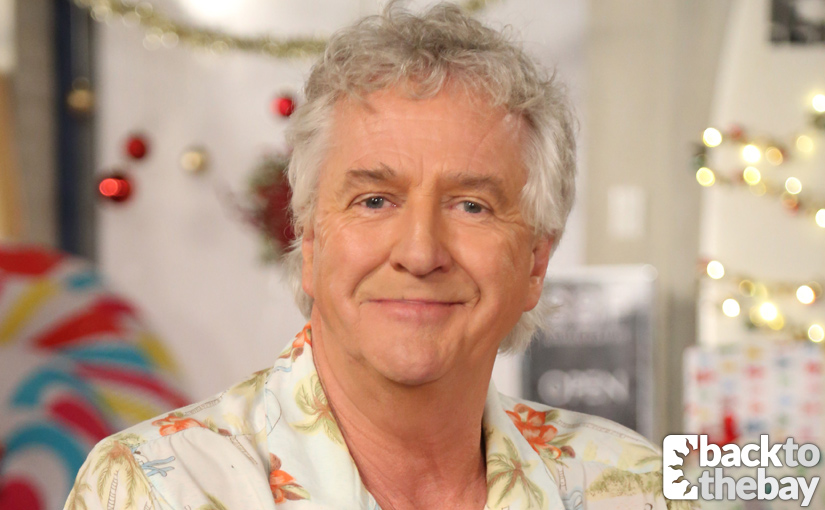 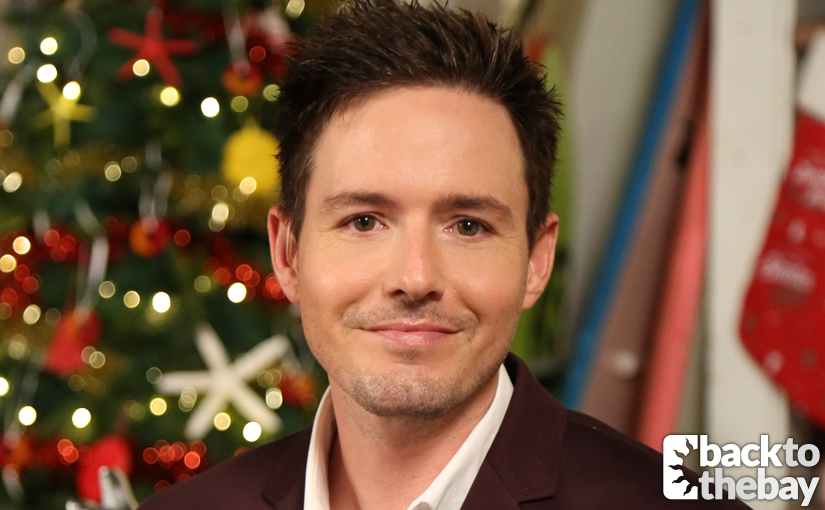 Jason Smith presents the series of five Christmas specials. Jason previously starred as Robbie Hunter in Home and Away from 2003-2006

Episodes 1 to 3 of Home and Away: Christmas in Summer Bay are already available on My5 and 7Plus.

Episode 4, set at the Pier Diner, will be available to watch next Monday 16th December, before the final episode is added on Monday 23rd December.

The My5 app is available for various smart TVs, set-top boxes and mobile devices. A list of these devices is available here.

If the app is not available for your device, you can watch the series directly on the My5 website via your normal browser.

The 7Plus app is available for various smart TVs, set-stop boxes and mobile devices. A list of these devices is available here.

If the app is not available for your device, you can watch the series directly on the 7Plus website via your normal browser.