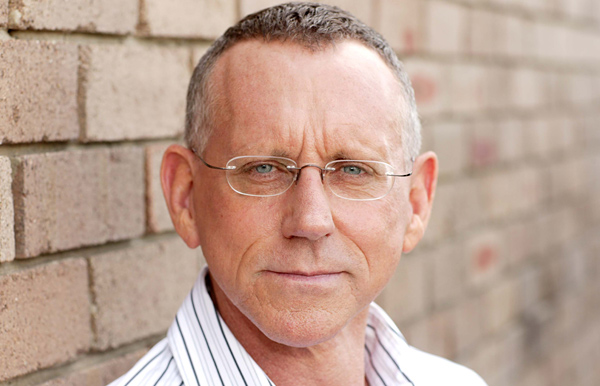 Bevan Lee recently returned to Home and Away‘s Script Producer chair for 6 months – from May 2004 to the November Season Finale. As his time as Script Producer came to an end, we asked him some questions about how he felt the past half a year had gone – and what he had most enjoyed about his time working on the show.

Interview conducted by Chris in November 2004

End of Season Finale are famous for their big events. Do they usually have a higher budget than the rest of the year’s episodes, or does every episode’s budget depend entirely on the storylines taking place?

The big cliffhanger episodes usually have a loaded budget to allow us to make them spectacular – the mine collapse was a classic example. That was very expensive.

To date, which Season Finale has been your personal favourite?

I loved the end of year of the very first season. It was wonderfully warm and honest. I’ve tried to recapture the same spirit of peace on earth to all men this year. I felt it was time to have another such end of year, especially in these dark and troubled times.

Many people feel the 2003 Finale Storyline (the Sutherlands trapped in a Mine Shaft) was wrapped up too quickly, with the events having little effect on the rest of the year’s storylines. Do you agree with this, and would you have done things differently if you had the opportunity?

I think it’s good if you have a big cliffhanger to have far reaching consequences from it that stretch in to the next year. I’d rather not comment on whether I would or would not have done things differently with the mine collapse. It’s very easy to criticize, but very hard to do. Every Script Producer deserves a medal simply for keeping a five half hour a week show going. It is an incredibly hard job. Coral Drouyn, who plotted that material, did a wonderful job in her time on the show and I know earned the respect and friendship of many fans for doing so.

Did you ever suggest any storylines that were immediately vetoed by Seven Network, or the other Scriptwriters?

I’ve never been vetoed, but I have often been challenged on the merit of some of my ideas. There is always discussion about ideas during the creative process. I have come up with ideas that my colleagues and employers have disagreed with. You discuss the disagreement then either capitulate or fight for your own vision. That is an on-going part of writing any show.

Which has been your favourite episode to work on as Script Producer?

I think the two episodes in to the Olympic Cliffhanger and the return episode out of the Olympics have been my favourite. They are the closest I have ever seen five half hour a week serial get to a film, and as such I was very proud of them. Everyone involved did a wonderful job.

You’ve had almost full control over Home and Away’s storylines since the end of May. Now that your time as Executive Script Producer has come to an end, how have you found the experience? If you could do it all again, is there anything you would you have done differently?

I had a wonderful if exhausting time. If I did it all again, I’d probably make the stories a bit less adult and perhaps a bit cheerier. I’m inclined to fairly adult, dramatic storytelling and I suspect some of the fans felt the world of Summer Bay that I painted was a little grim for their tastes. I’m very proud of the stories and I think some of the fans loved them, but I feel sure I alienated some fans as well. The fact I started to feel that reflected in my choice for end of year. I felt it was time to lighten things up and put some more hope back in to Summer Bay. That being said, I am especially proud of the Sarah thriller story, the Kane testicular cancer story and the long arc Tasha/Ian Osborne story which began in my first week and ends in my last. Serials often do short grab stories. It was a great challenge to do one that spread over six months. It’s been a great six months and coming to the BTTB board has been a great part of it. And now it’s on to “Campus”. I’m doing my best to make that serial must see viewing for you all. I am using a lot of my feelings of what I did right and what I did wrong on “Home and Away” to inform my choices on that. Remember, it’s not that we get it wrong sometimes that you should concentrate on. Concentrate on the fact that we get it right so often. Given the strains of five half hour a week production, that is the miracle. All the best to you, my friends, at BTTB.