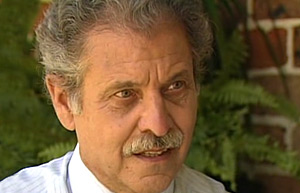 Having neglected Andrew as a child, Andrew Senior turned up in the bay dying and determined to make peace. He conned Carly into getting Andrew round the The Fletchers but Andrew refused to see him. Carly later went to his house and Andrew Snr asked her to get his son to attend his funeral, explaining that it would mean a lot of money to his son if he did.

Andrew went to see his father to warn him to stay away from him and Carly and later received a phone call saying that his father had died. In his will he left andrew a significant amount of money and a lot of apologies for ruining his life.