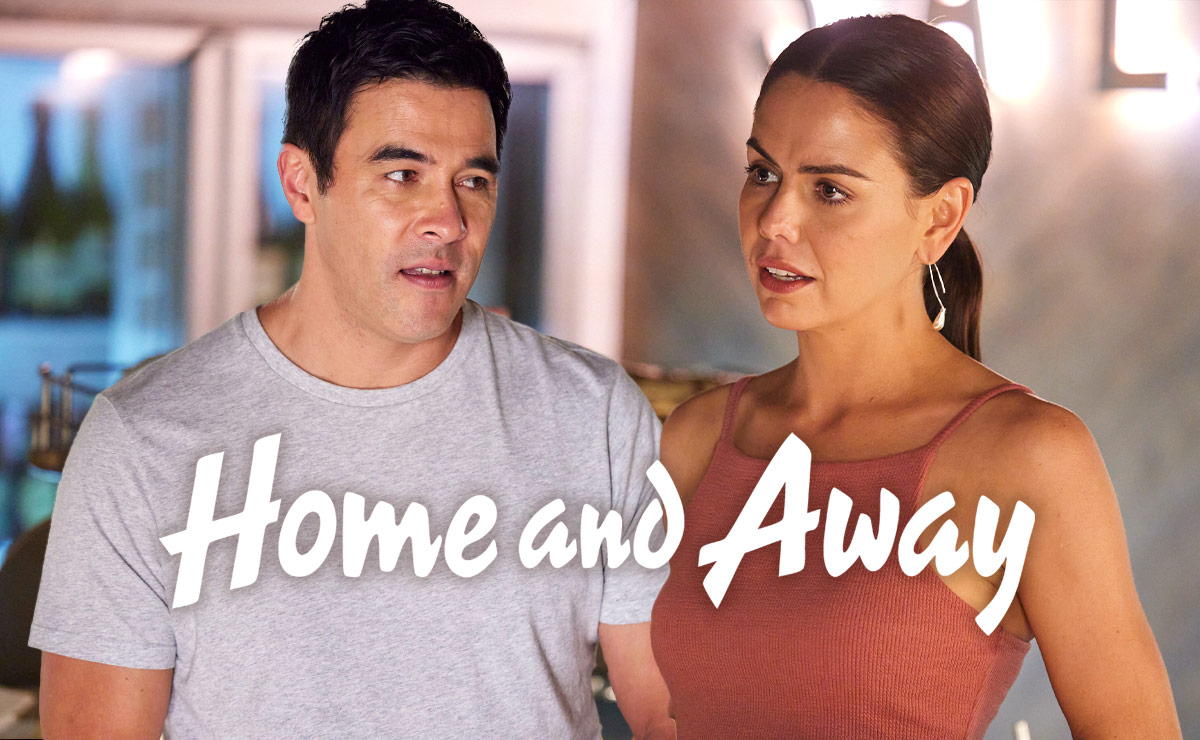 Coming up this week on Home and Away in Australia, Justin’s desire to prove himself as Lyrik’s new manager backfires, as he loses the band their secure gig at Salt!

It became clear to Justin (James Stewart) that he’d bitten off more than he could chew last week, as he excitedly put himself forward for the role of managing local band Lyrik.

Justin has been the band’s number one fan since Leah’s nephew Theo (Matt Evans) became their lead singer, which only came about because Justin had persuaded him to audition for a chance to follow his dreams. 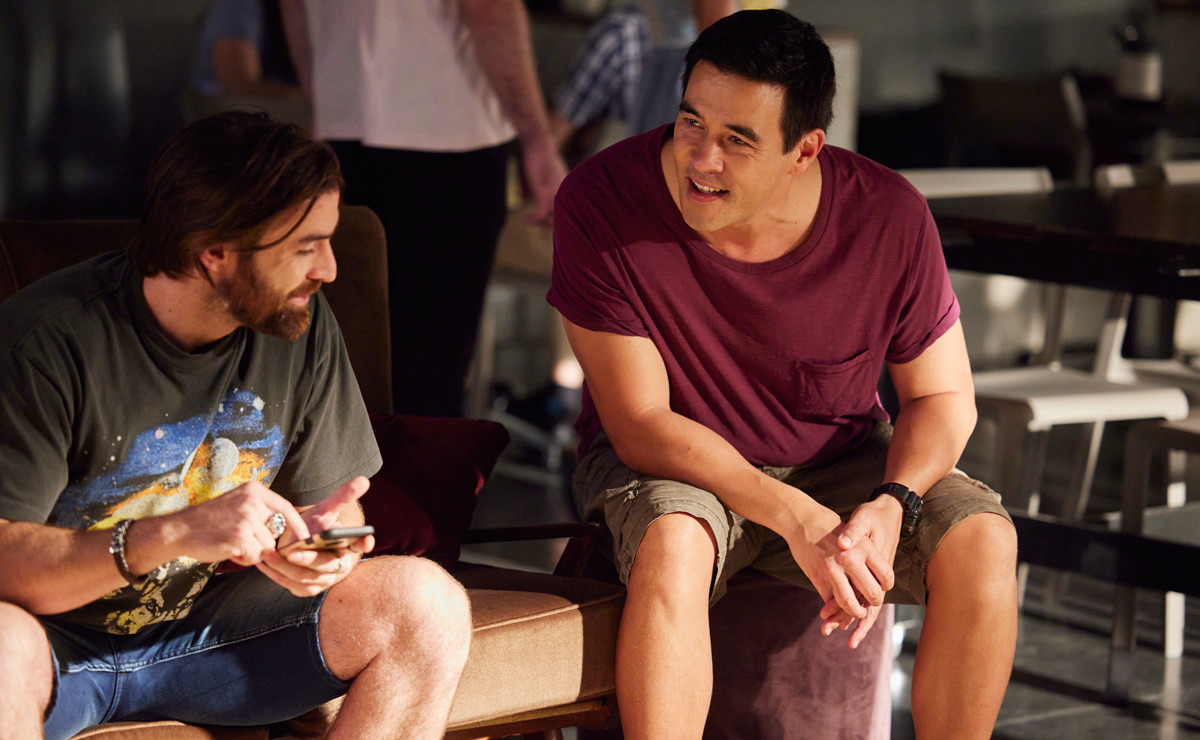 As Theo joined new bandmates Kirby (Angelina Thomson), Eden (Stephanie Panozzo) and Remi (Adam Rowland), Justin was keen to find a way to get involved, and the opportunity presented itself when Lyrik were on the search for a new touring van.

After Remi lost all the band’s money after being scammed by a dodgy seller, the band were left in a precarious situation, until Justin offered to buy them a van himself—the condition being that he could use it as a sponsorship opportunity for Summer Bay Auto.

Leah (Ada Nicodemou) was fuming when she found out what Justin had done, accusing him of wanting to live out his own music dreams through Theo. She later sympathised with Justin however, when he pointed out that he never got the chance to follow his own dreams after being forced into witness protection for a number of years. 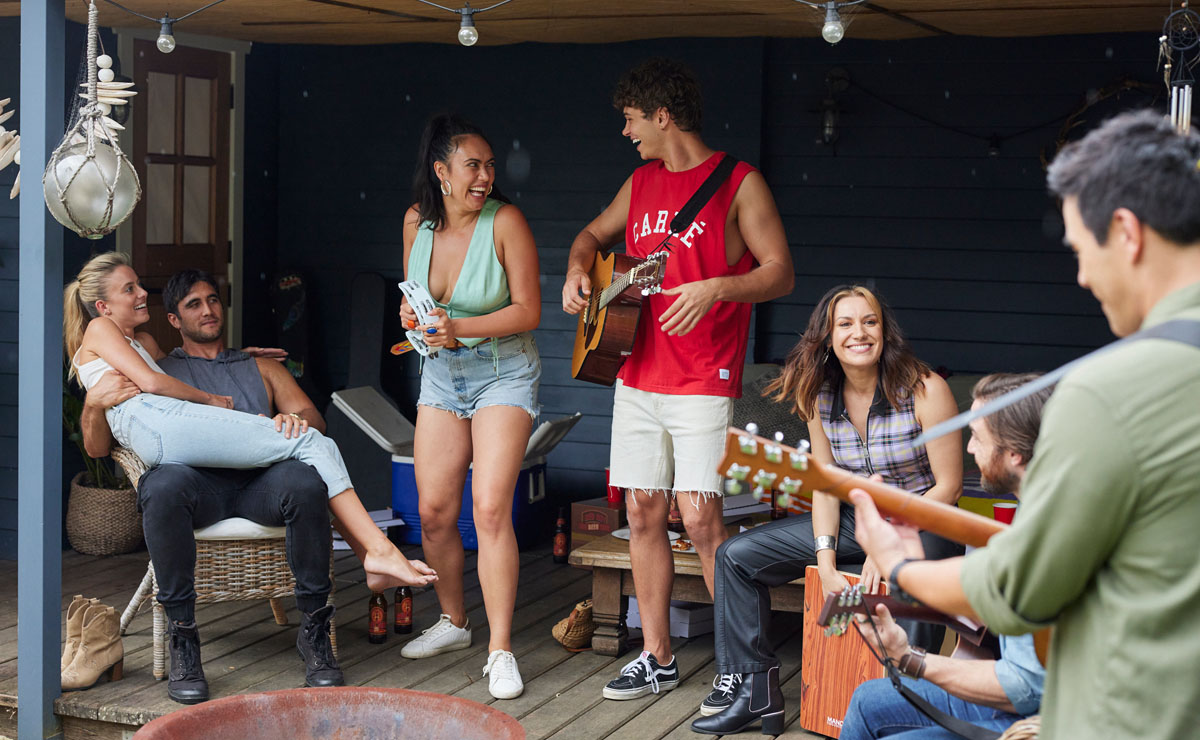 The band celebrated with their new honorary member, and Justin was thrilled to have a taste of band life when he joined them for a jamming session in the back garden. 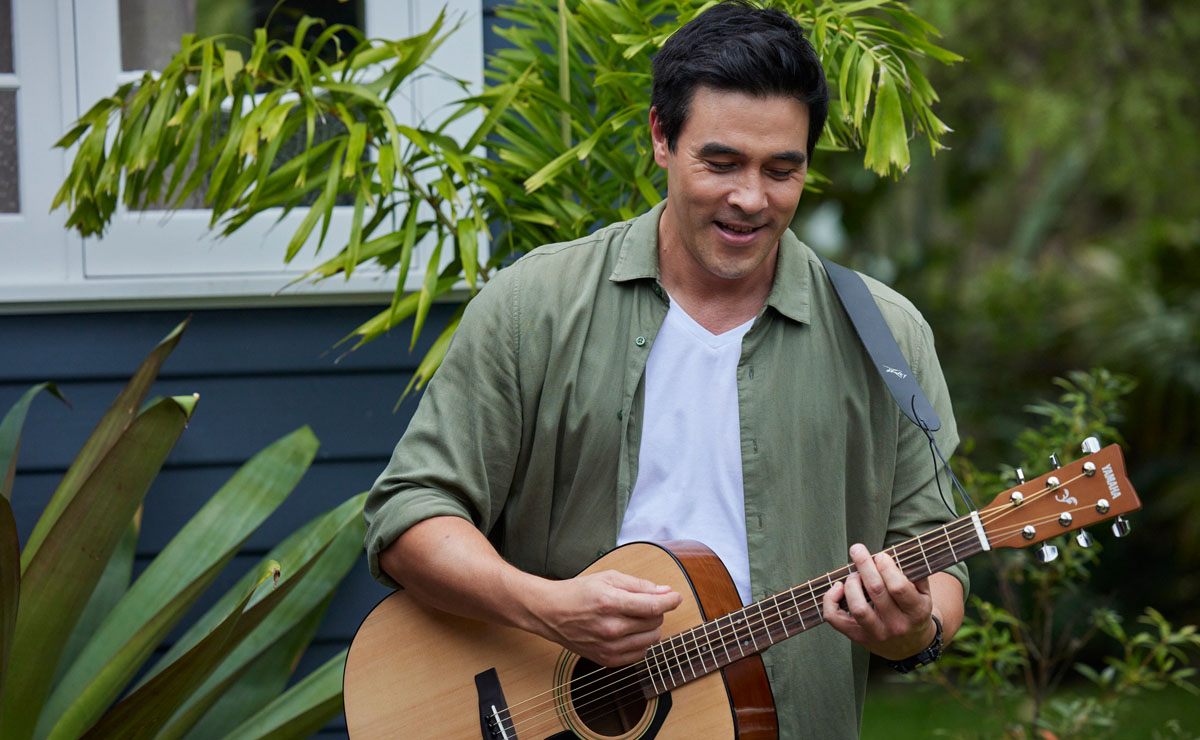 When Kirby and Theo realised last week that they could do with a band manager to take care of all the admin—one of the strengths of former member Bob (Rob Mallett)—Justin was itching for them to ask him.

As they continued to discuss whether they could even afford someone, Justin couldn’t wait any longer. 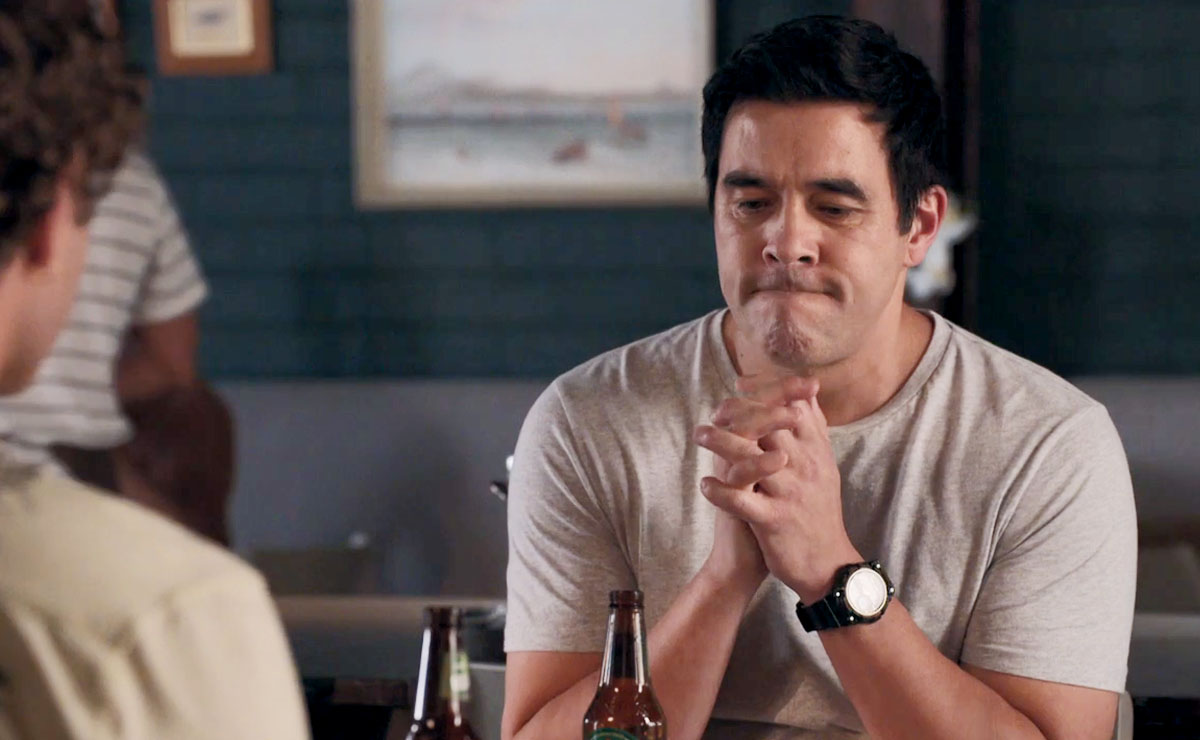 “You could afford me!” he meekly said, raising his hand.

Theo, Kirby and Eden were unsure, but Justin was desperate to prove that he was the best man for the job, and immediately got to work on preparing a pitch for them. 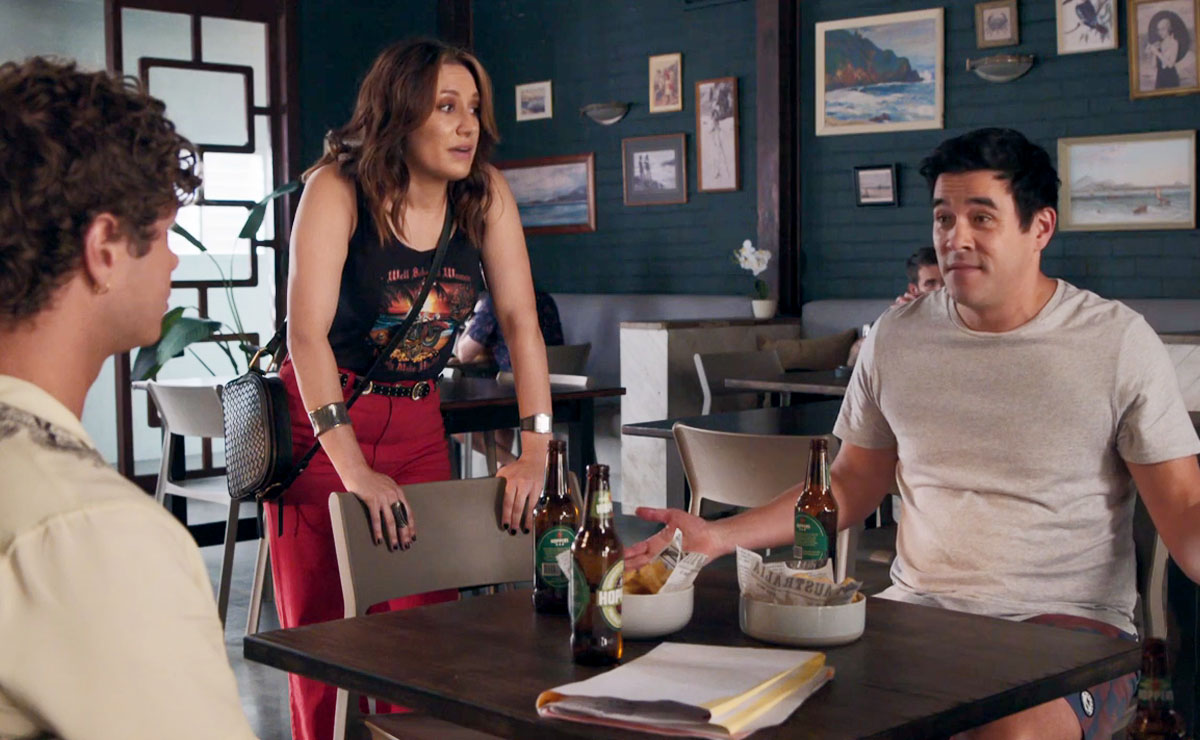 That evening, Justin excitedly came over to the Lyrik house and handed out copies of his proposal to Kirby and Theo, the only two members to make the meeting. 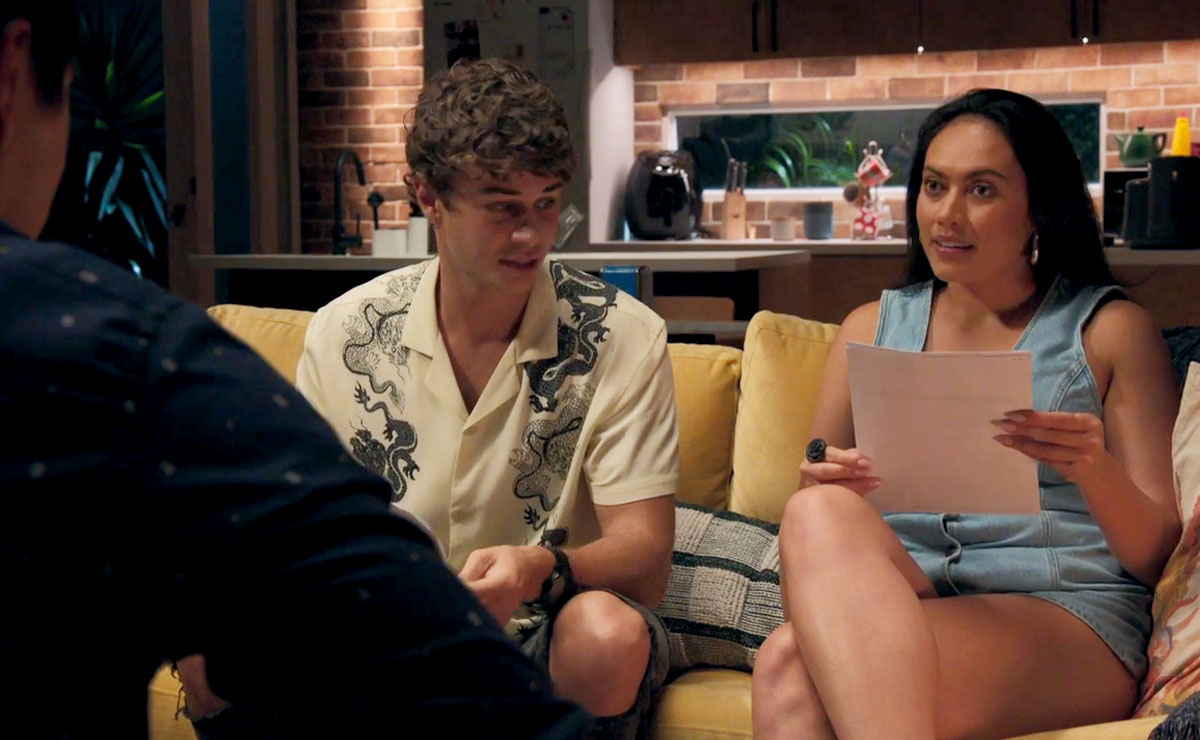 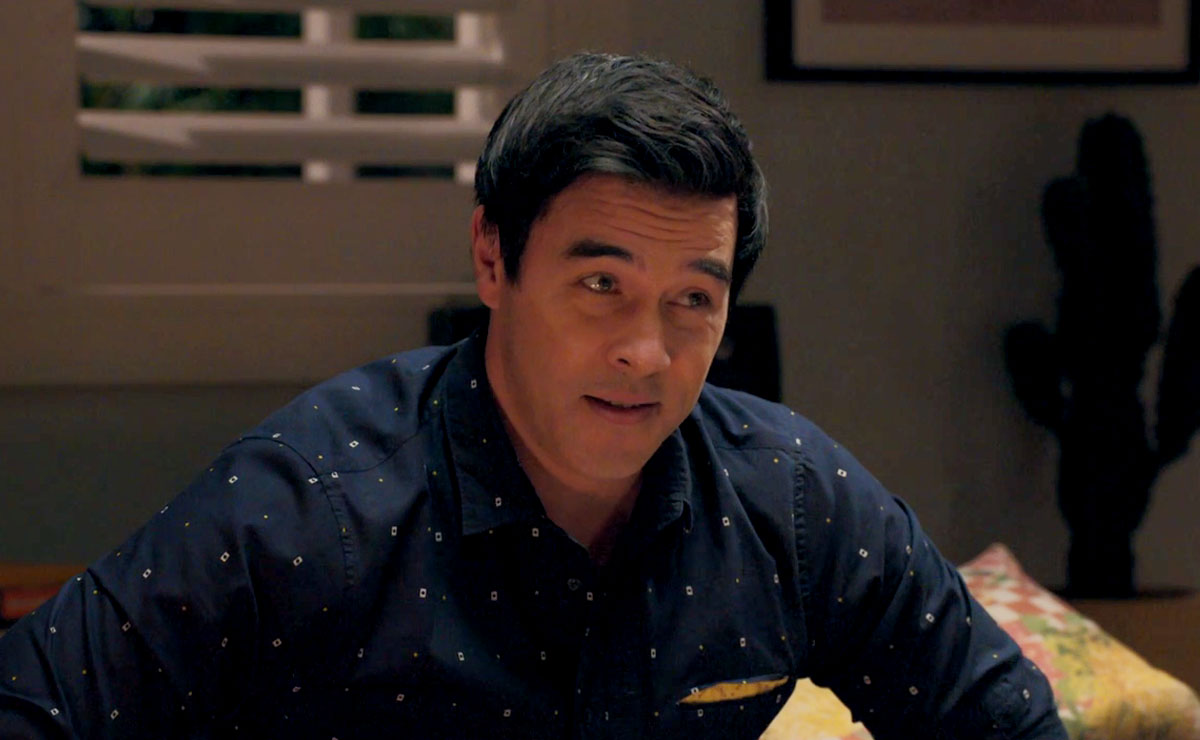 Justin’s preparation was enough to convince them, and the next morning he was stoked to hear that he was the new manager of Lyrik.

Justin was put to work straight away with sorting out the band’s bookings, but with one phone call to a venue, he soon realised that he may have got himself in over his head.

Whilst secretly hoping that Leah (Ada Nicodemou) would be against the idea, so he could bow out with grace, she instead supported Justin in his new role, telling him he’ll be amazing. 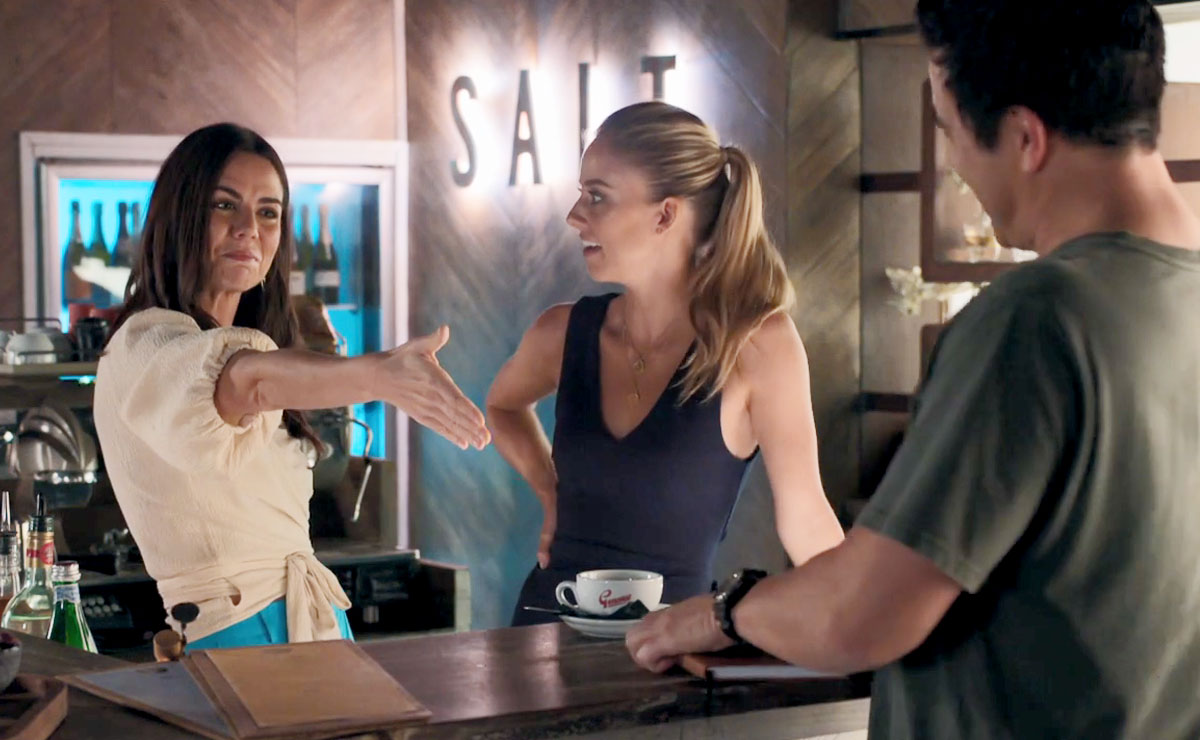 The news began to spread around the bay when Leah announced to Mackenzie (Emily Weir) and Felicity (Jacqui Purvis) that they were looking at Lyrik’s new manager, with Mac shaking Justin’s hand as she looked forward to doing business with him.

Justin later admitted to Leah that he already sucked at the role, having agreed a booking where his negotiation skills had left the band promised less than half of their usual fee. 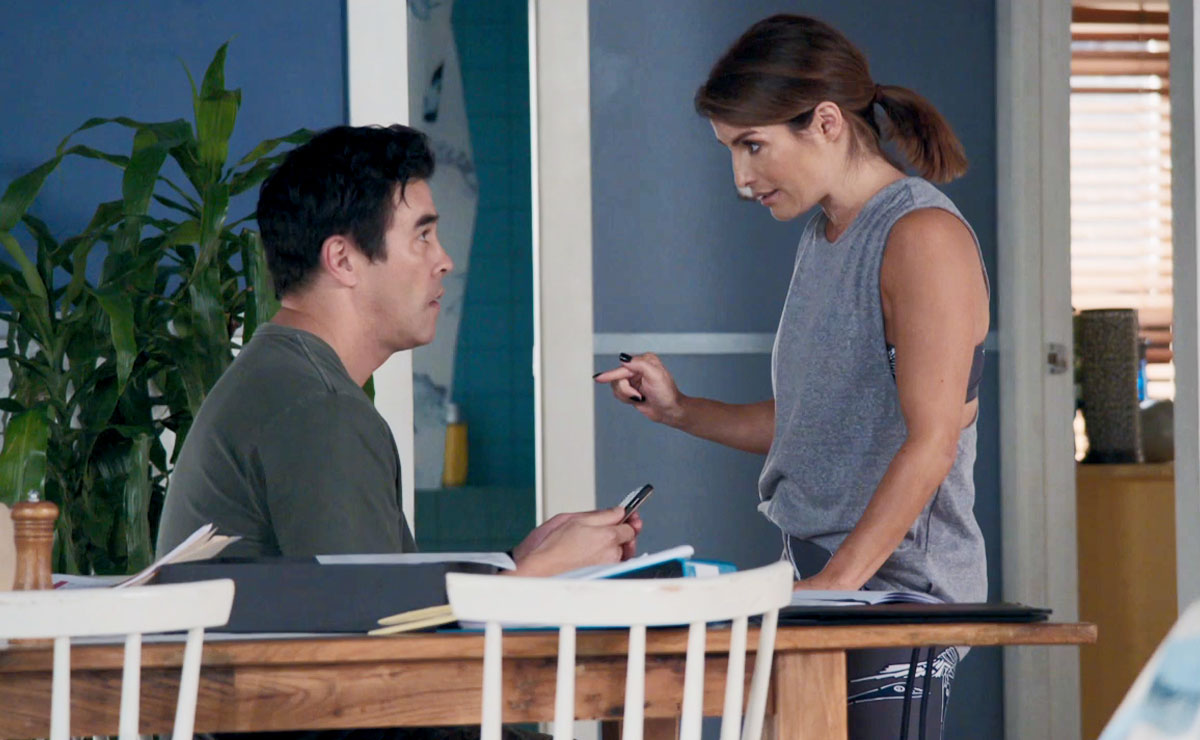 Leah told Justin that he needed to be more forceful, but as he baulked at the idea of making another phone call, an amused Leah took pity on him.

“Oh for goodness sake, give me the phone!” she sighed.

“Really?” a relieved Justin replied. “I was hoping you were going to say that…”

It seems that watching Leah in action gives Justin the boost he needs this week, but is he becoming too confident….? 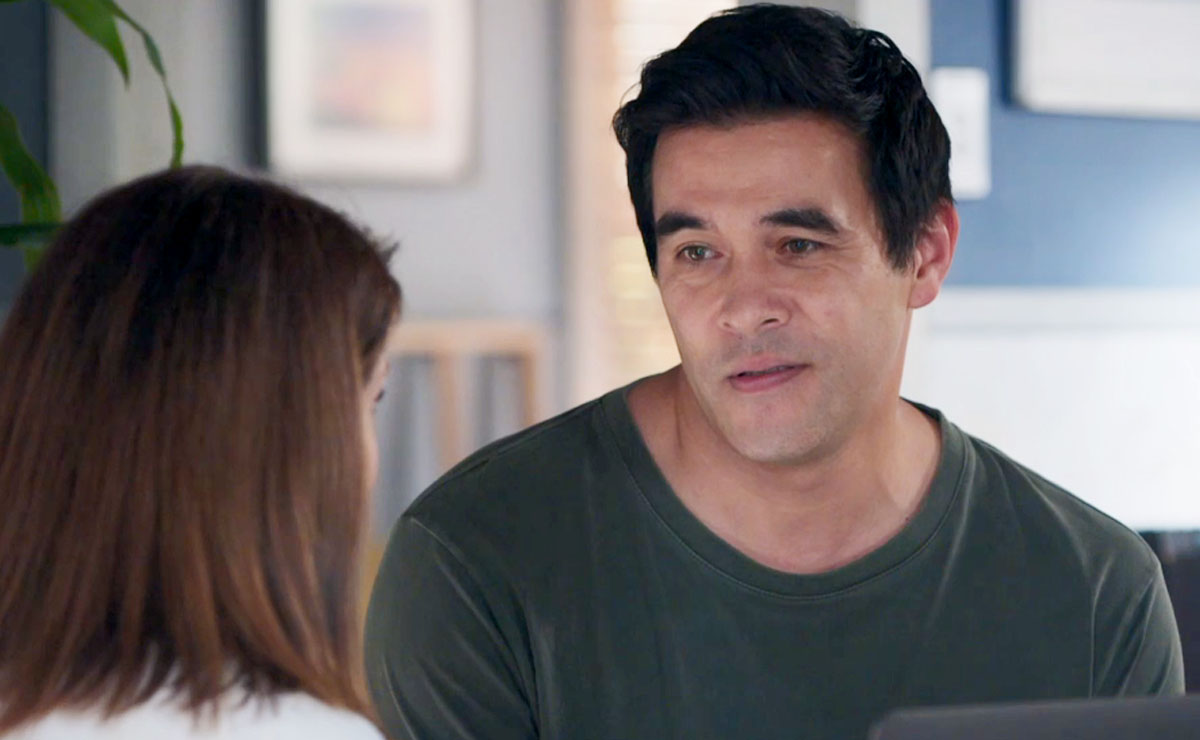 First on his list is Mac, who along with Flick has given Lyrik a much-needed regular gig at Salt.

After Leah points out that Lyrik are more popular now than when they first started at Salt, she suggests that this should be reflected in the fee they’re being paid… 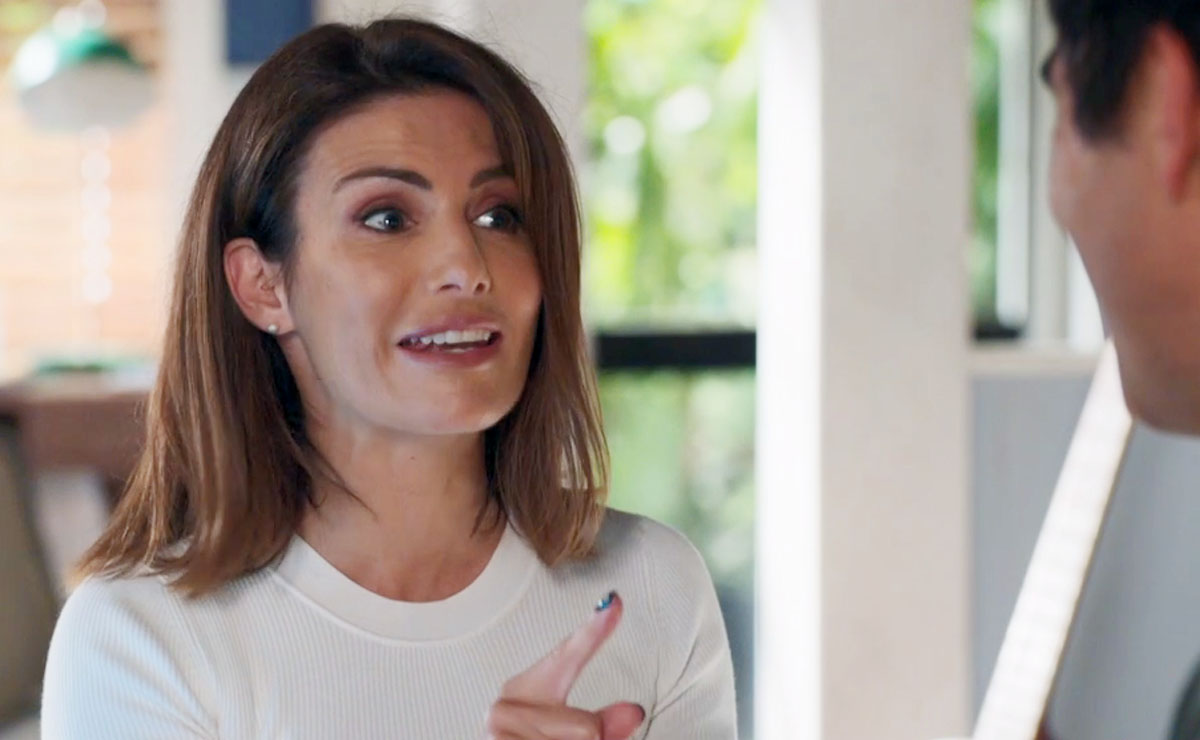 Justin puts this forward to Mac, who quickly shuts him down, stating that the fee they’re paying Lyrik for a stable gig is more than reasonable.

Justin doesn’t take no for an answer though, as he later points out to Mac that there’s no written agreement between Lyrik and Salt, meaning that there’s nothing legally binding regarding the money paid. 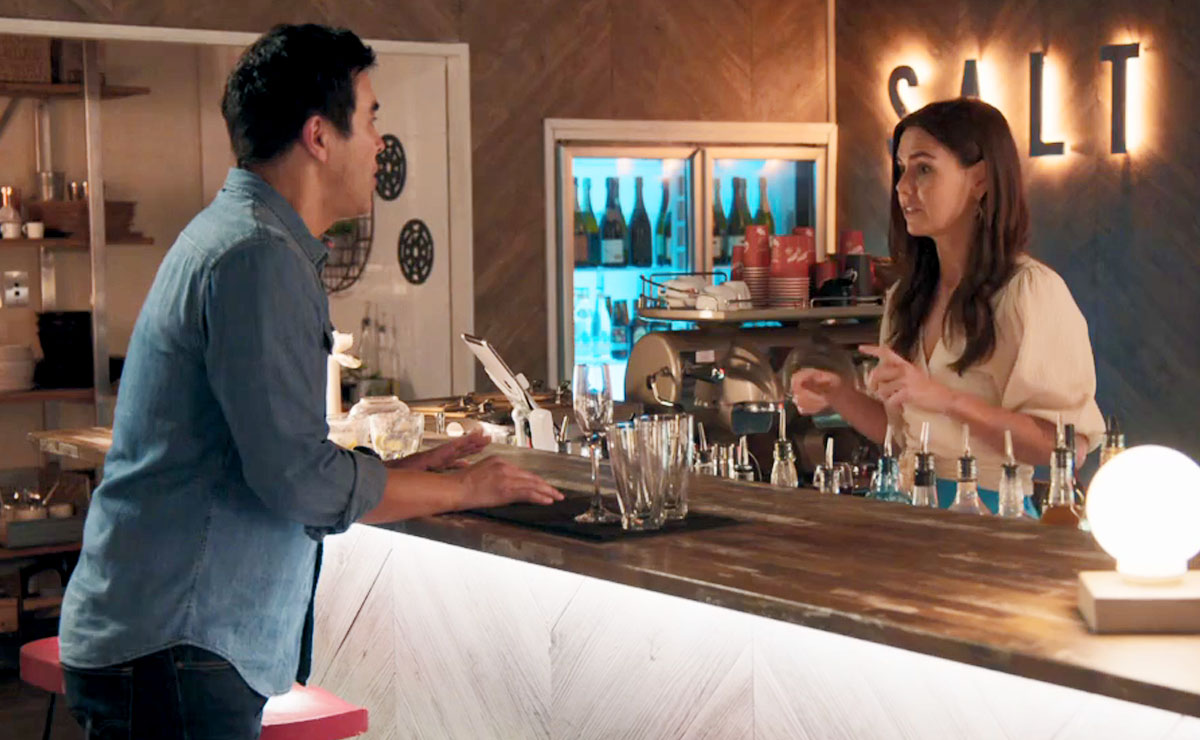 Now unwilling to back down on negotiations, Justin gives Mac an ultimatum—either Lyrik get a 20% increase in their fee, or she loses the gig that’s pulling in the crowd! 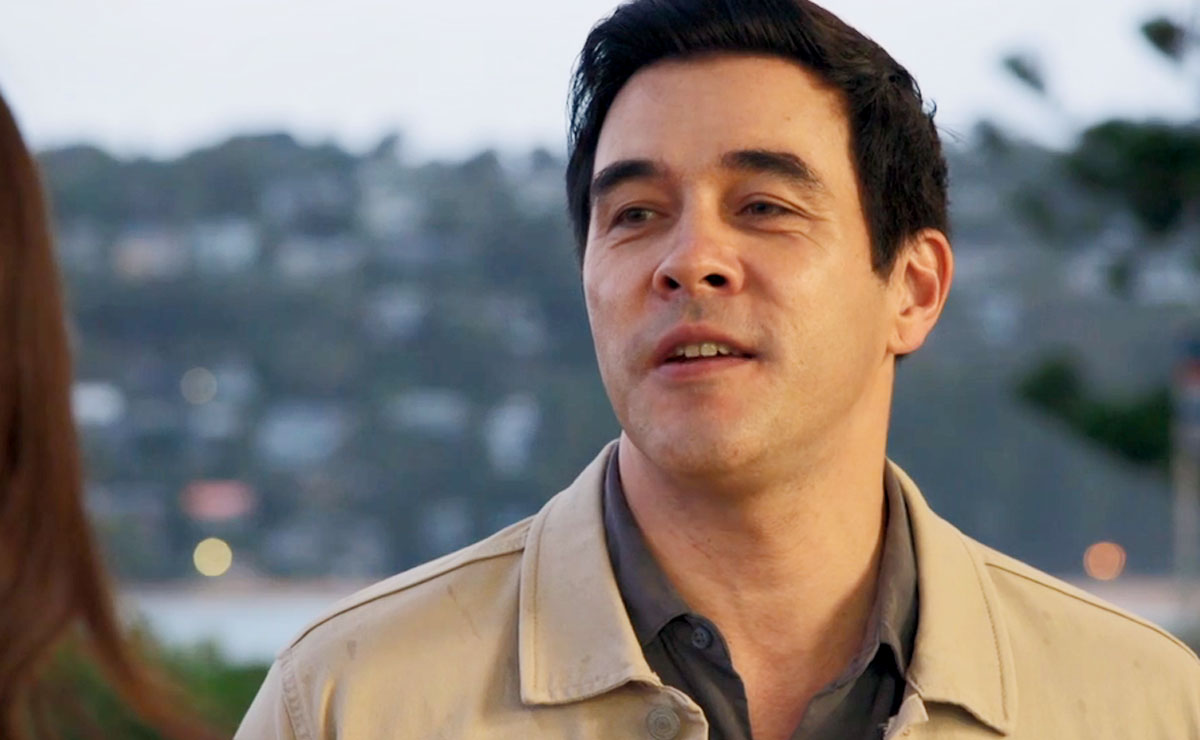 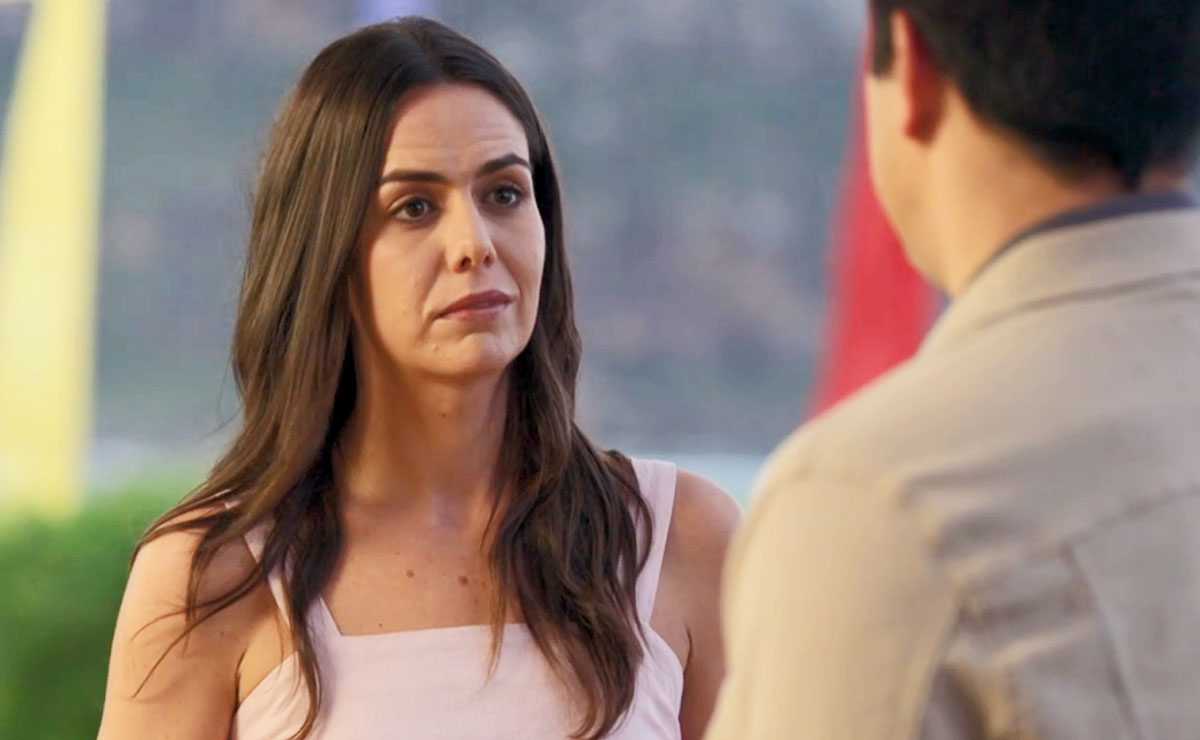 What he’s not expecting is for Mac to call his bluff!

With Salt having already been in financial strife recently, they can seemingly no longer afford what Lyrik are asking, so the gigs are cancelled!

After the band finally settled in Summer Bay, Eden is furious when she finds out what Justin has done.

“Losing the regular gig at Salt is a massive threat to their livelihood and to the beautiful life they have created for themselves here in the Bay,” Stephanie Panozzo told Yahoo Lifestyle. 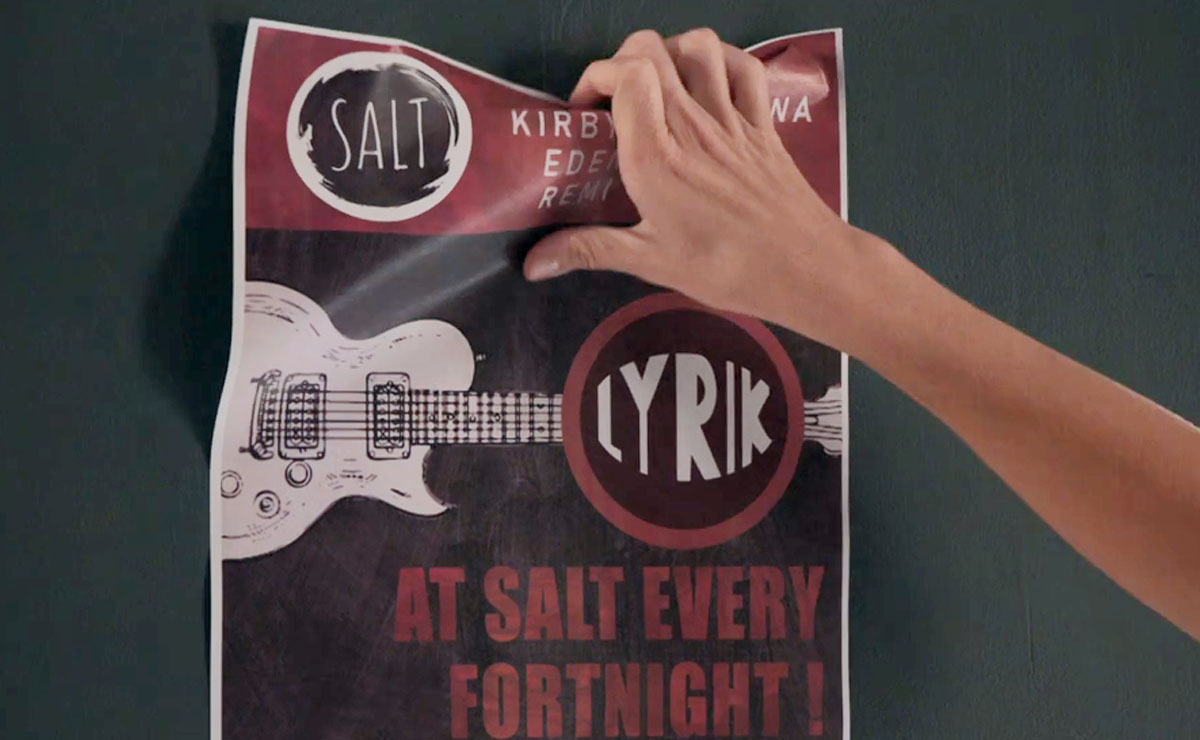 “With no regular gig, they stand to lose it all. This is the last thing Eden wants so she really fights [with Justin].”

Felicity is furious too. Lyrik performing at Salt was her first idea as the restaurant’s new co-owner, and she can’t believe that Mackenzie has ended the gigs without speaking to her first.

But Mackenzie makes her feelings perfectly clear, explaining to her business partner: “This is completely Justin’s fault!”

Will Justin be able to backtrack on his standoff with Mac?

Please note there is no episode on Monday 19th due to coverage of the Queen’s funeral.

Justin goes into damage control for Lyrik. Can Cash and Eden resist temptation? Felicity gets buried in Mackenzie’s mess.

Is Bree blurring boundaries with Remi? Cash and Eden get sprung in the act. Mackenzie comes grovelling to Justin.

Are Ziggy and the baby in danger? Xander flaunts his battle scars. Bree and Remi agree to be just friends, but are they? Marilyn dons rose-coloured glasses for Heather.