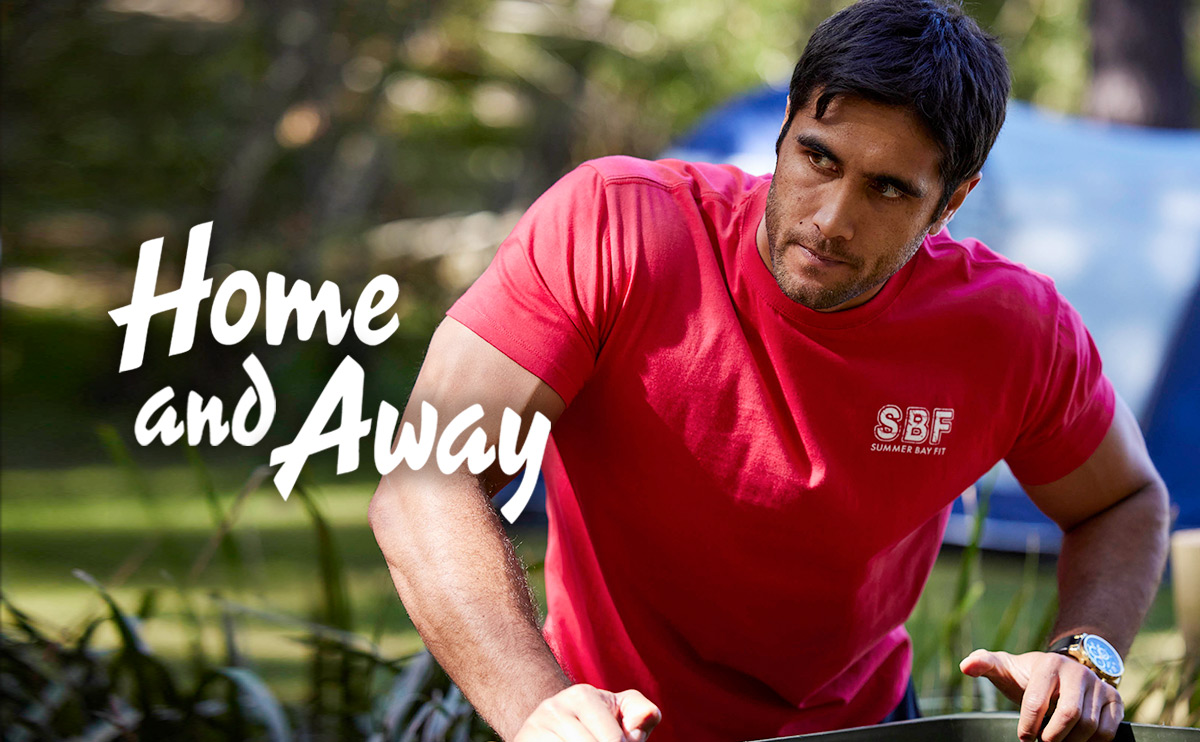 In the final episode of Home and Away in the UK for 2021, Summer Bay gathers for Martha’s special fundraising evening, but a shocking turn of events could bring deadly consequences for a number of residents…

It’s been two months in the making, but the time has come for Martha Stewart (Belinda Giblin) to shine, as her black tie gala dinner finally comes to fruition. The only issue is that Martha has disappeared!

It was shortly after her most recent stint in hospital that Martha decided to try and raise funds for mental health awareness, and, together with daughter Roo (Georgie Parker), she came up with the the ideal solution of combining the fundraiser with her deepest passion – art.

Martha’s fellow art class members from Merimbula would each contribute an artwork relating to mental health that could then be auctioned off, and the plan was a huge hit. Ryder put together an online auction after their physical venue pulled out, and the sales soon started to roll in. 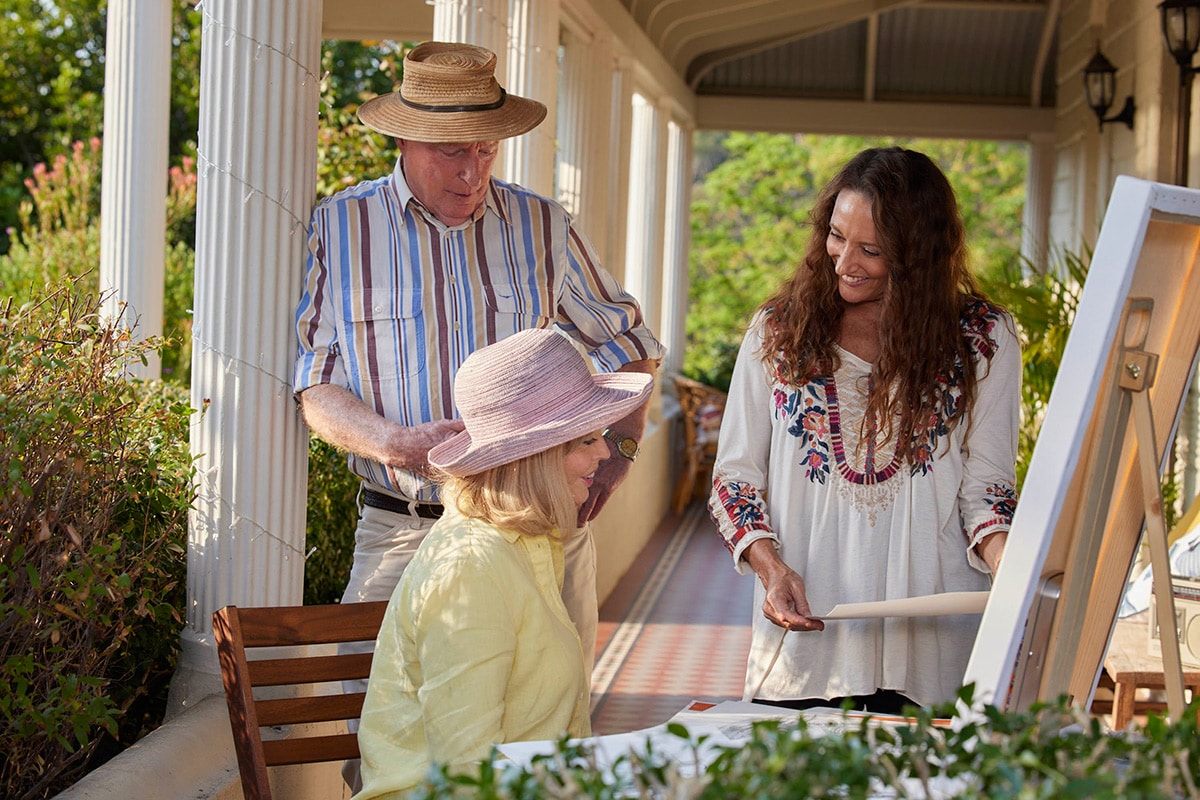 The auction finished last week, with the Stewarts impressed by the amount of money raised. The only thing left was the final black tie evening at Salt where the final total would be revealed, alongside Martha’s own special artwork.

However as the day of the event finally dawned, Roo, Alf (Ray Meagher) and Marilyn (Emily Symons) were dismayed to find a note from Martha explaining that she wouldn’t be attending the evening—it had all become too much for her. 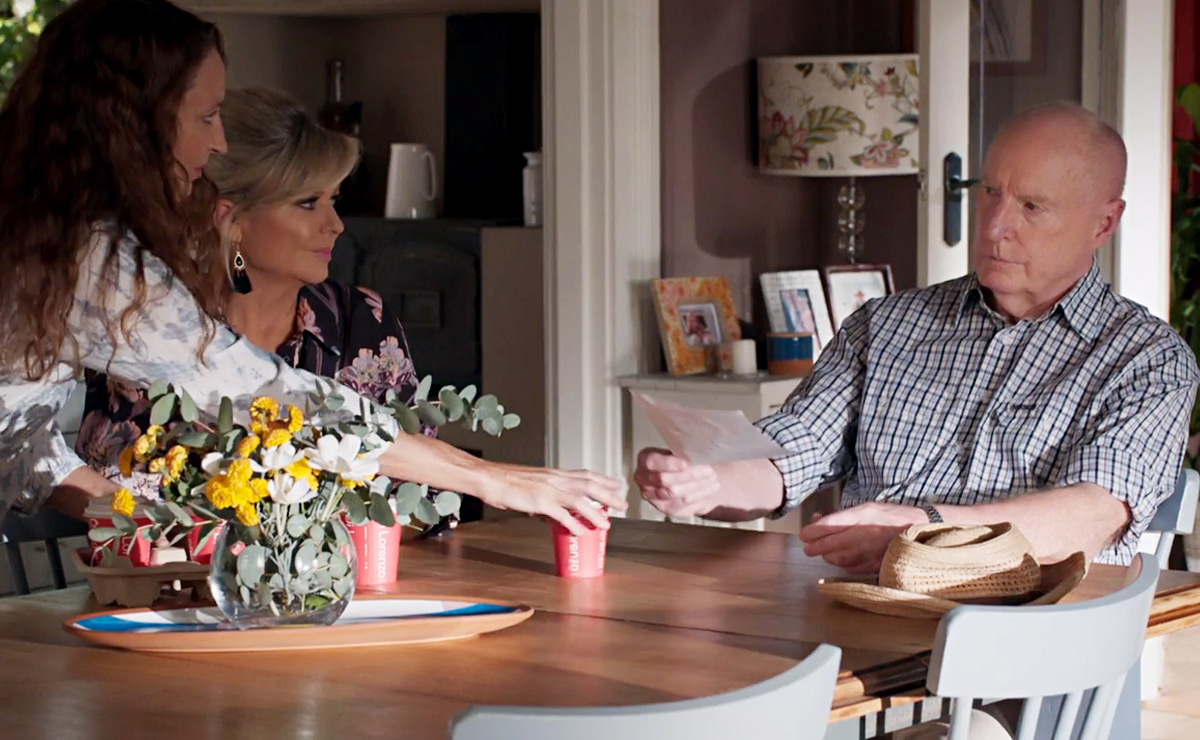 As we rejoin the action in the finale episode, the family rally round to try and find Martha whilst also respecting her wishes to go ahead with the final preparations. 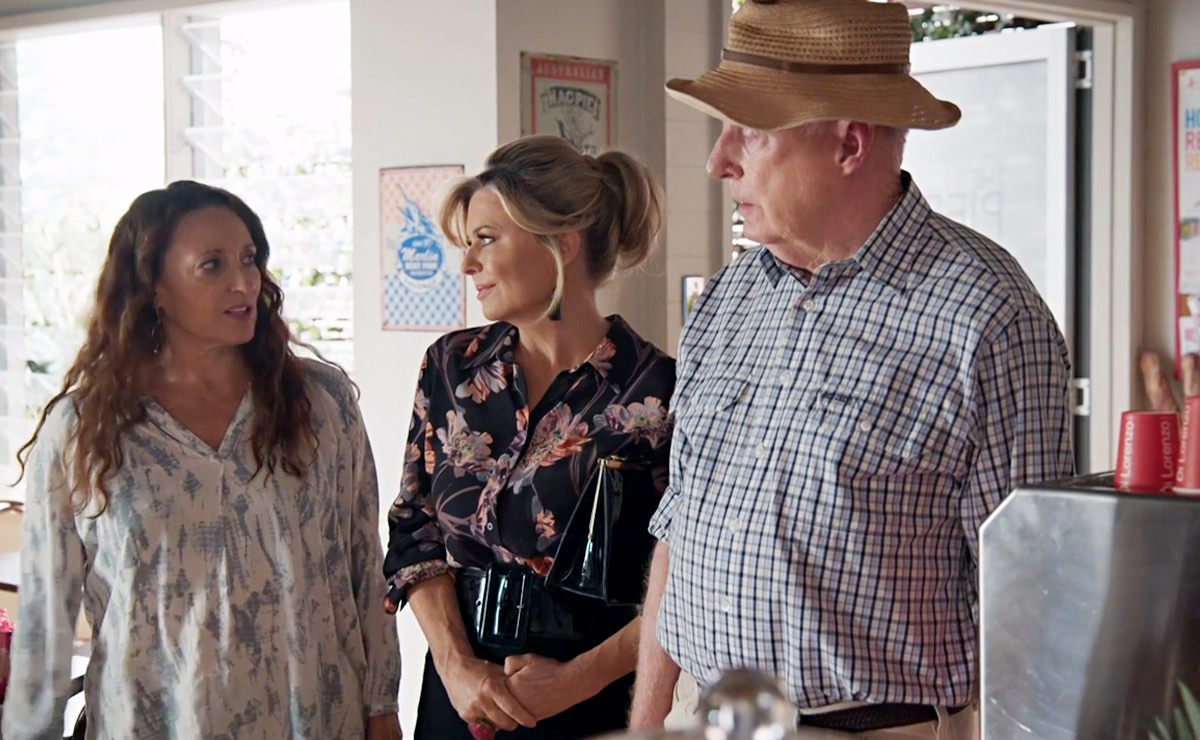 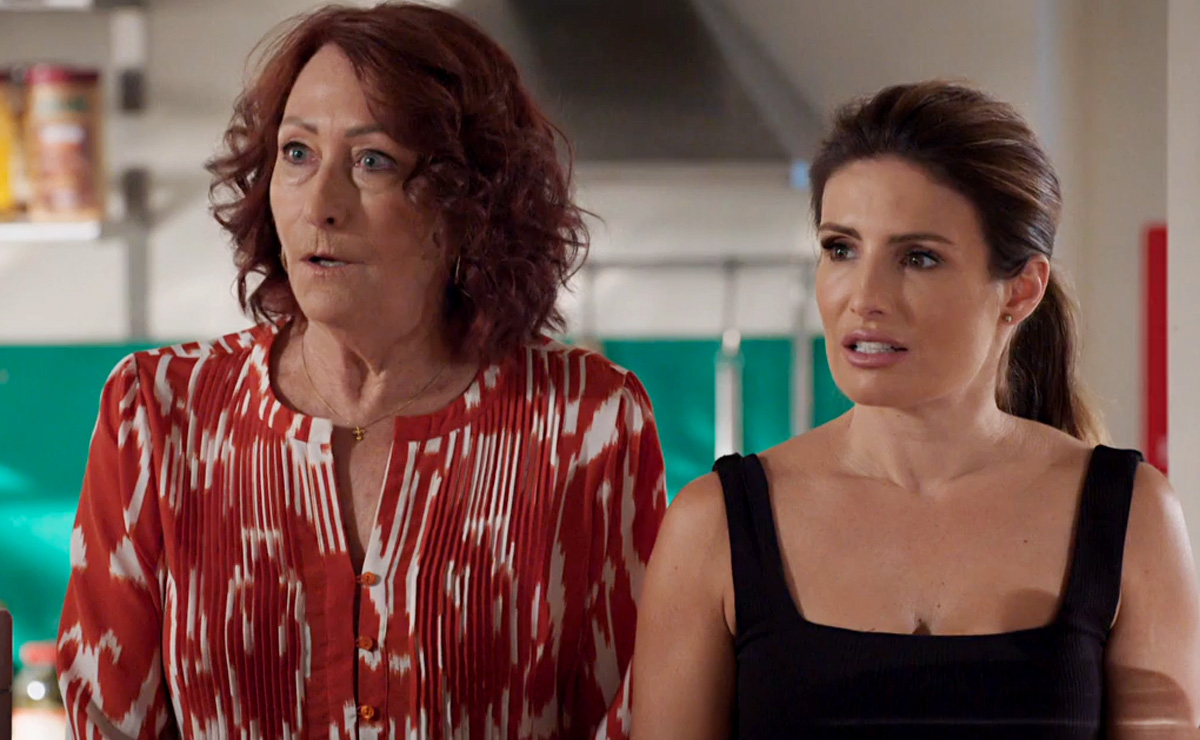 When Roo returns to Summer Bay House for an update, Irene (Lynne McGranger) explains that even Martha’s art classmates haven’t heard anything from her. Roo begins to panic, wondering whether Martha has walked out on them again.

Eventually that evening, as the event is starting at Salt, Alf finds Martha sitting on her own near to the surf club. He tells her that he understands how scared she is, but all the hard work is already done—now it’s time to enjoy the fruits of her labour. And he’ll be there to support her every step of the way. 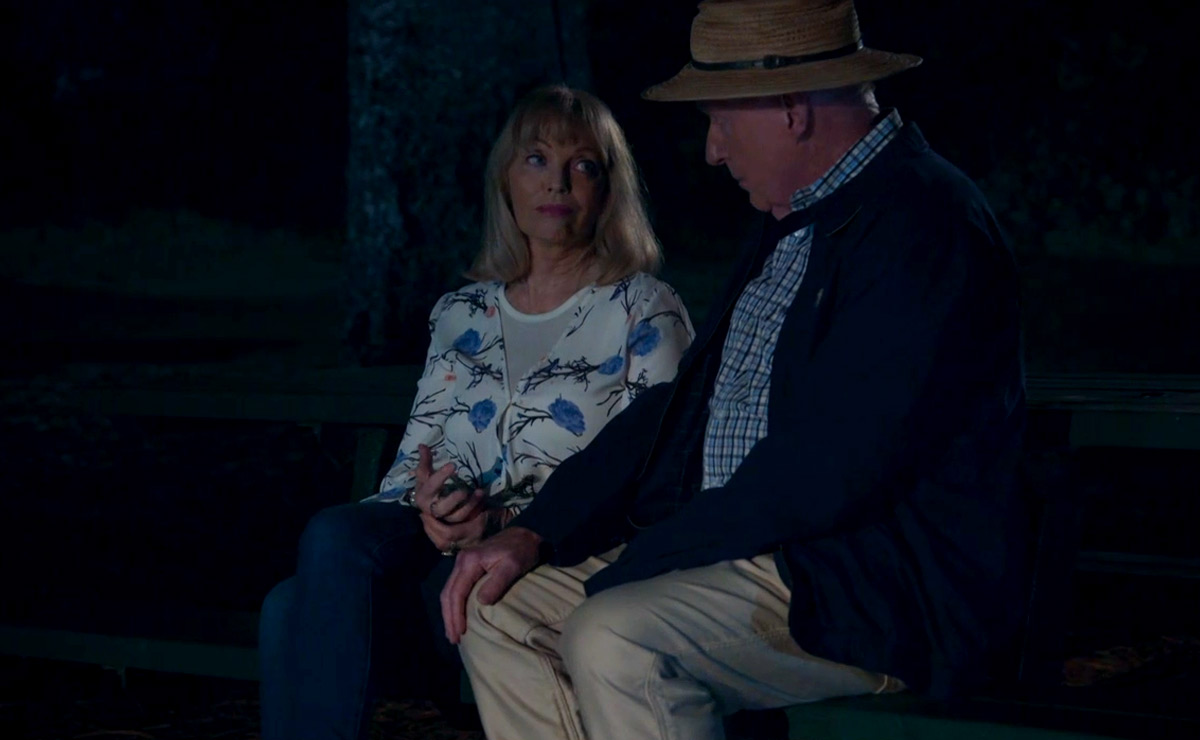 In Salt, the evening’s VIP guest has arrived in the shape of Sam Mac, weather presenter on Seven’s Sunrise breakfast show. Marilyn has been keeping him occupied with talk of tarot cards as they try to cover for Martha’s absence, so there’s a sigh of relief when Alf and Martha walk in together just in the nick of time. 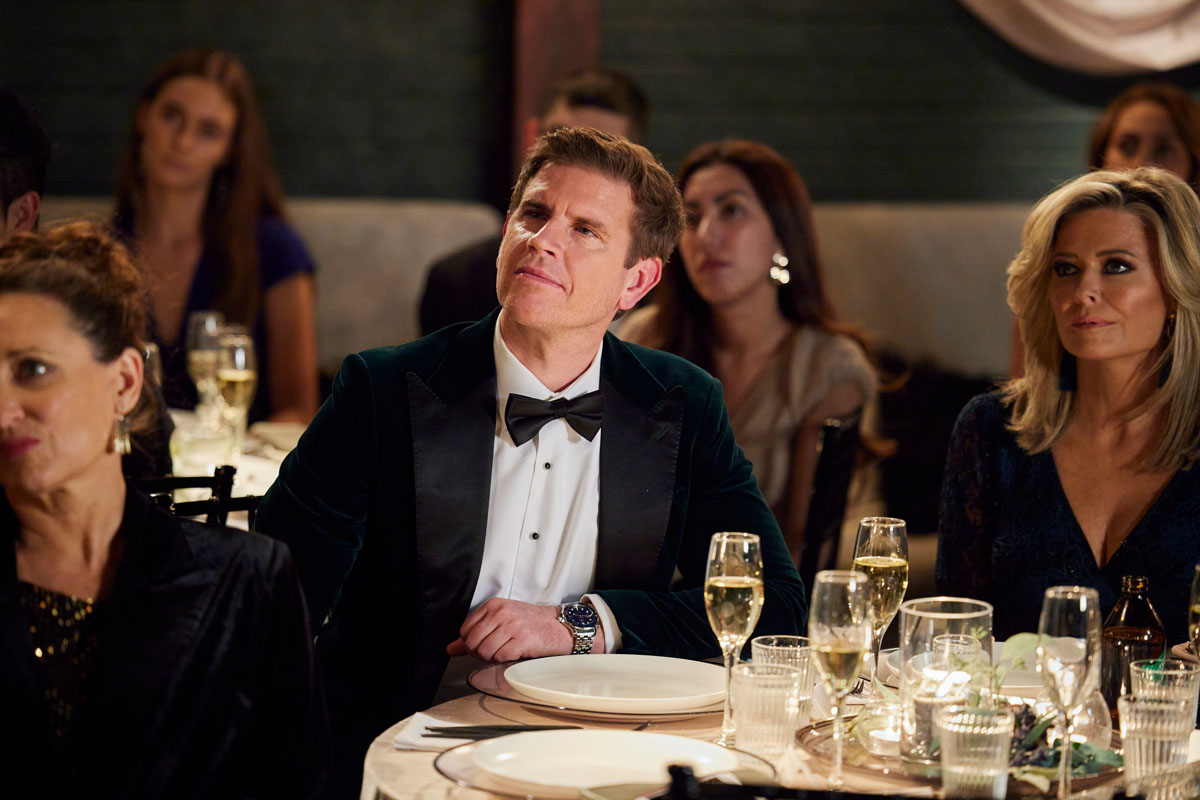 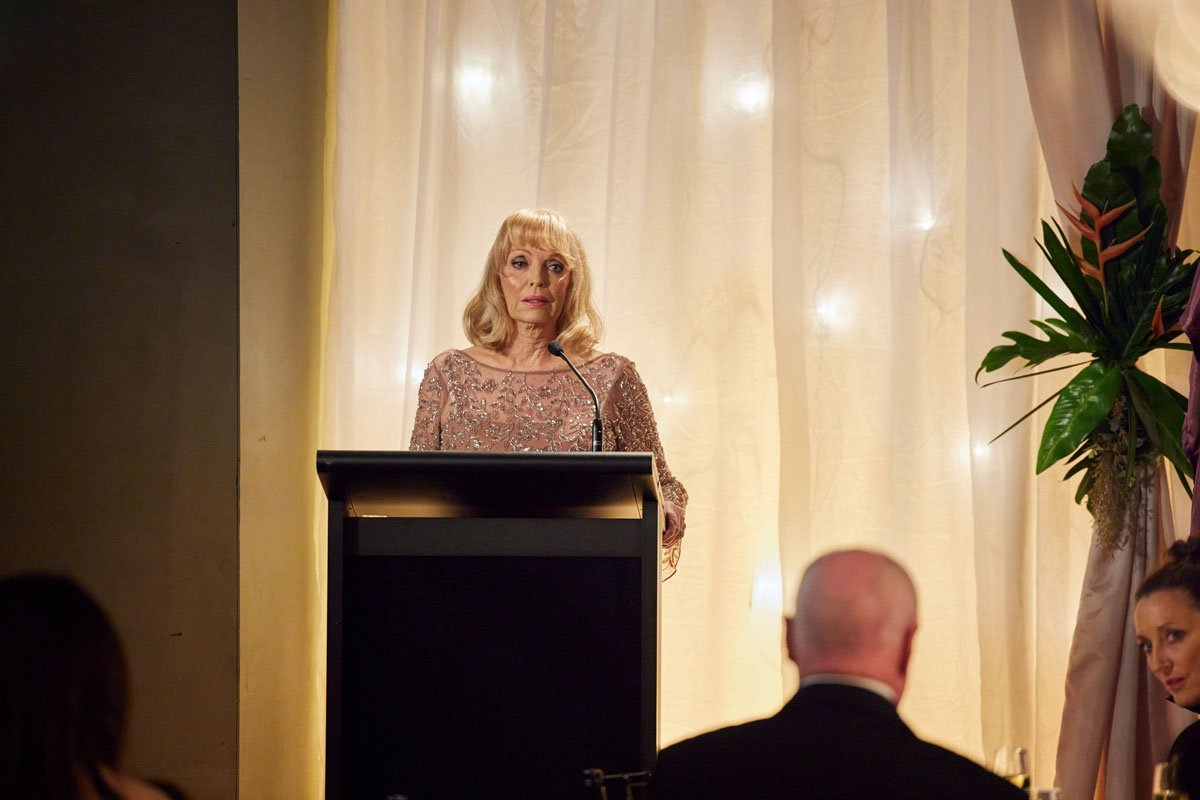 With the evening’s proceedings finally underway, Martha begins her speech, explaining the huge impact that her mental health has had on her life. 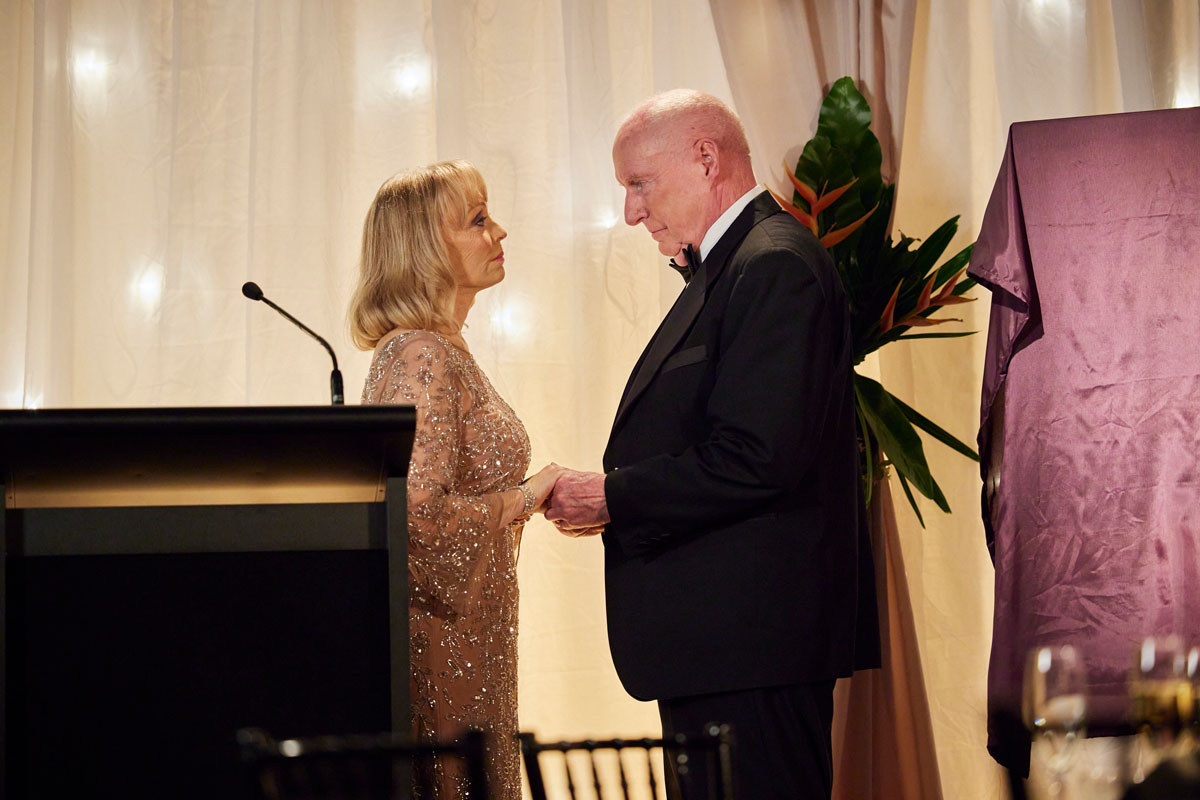 True to his word, as Martha begins to falter, Alf steps up and helps her finish addressing the guests. The time then finally comes to reveal Martha’s own artwork, and she’s moved by the positive reaction. 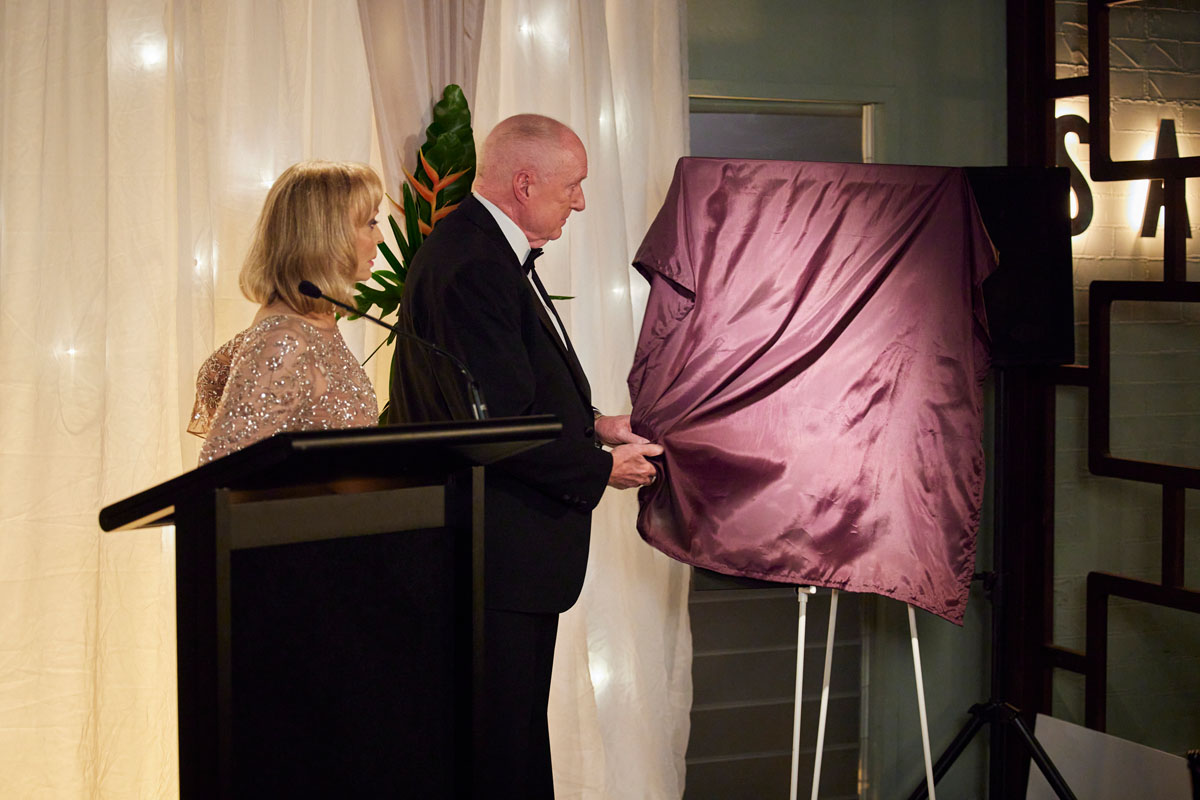 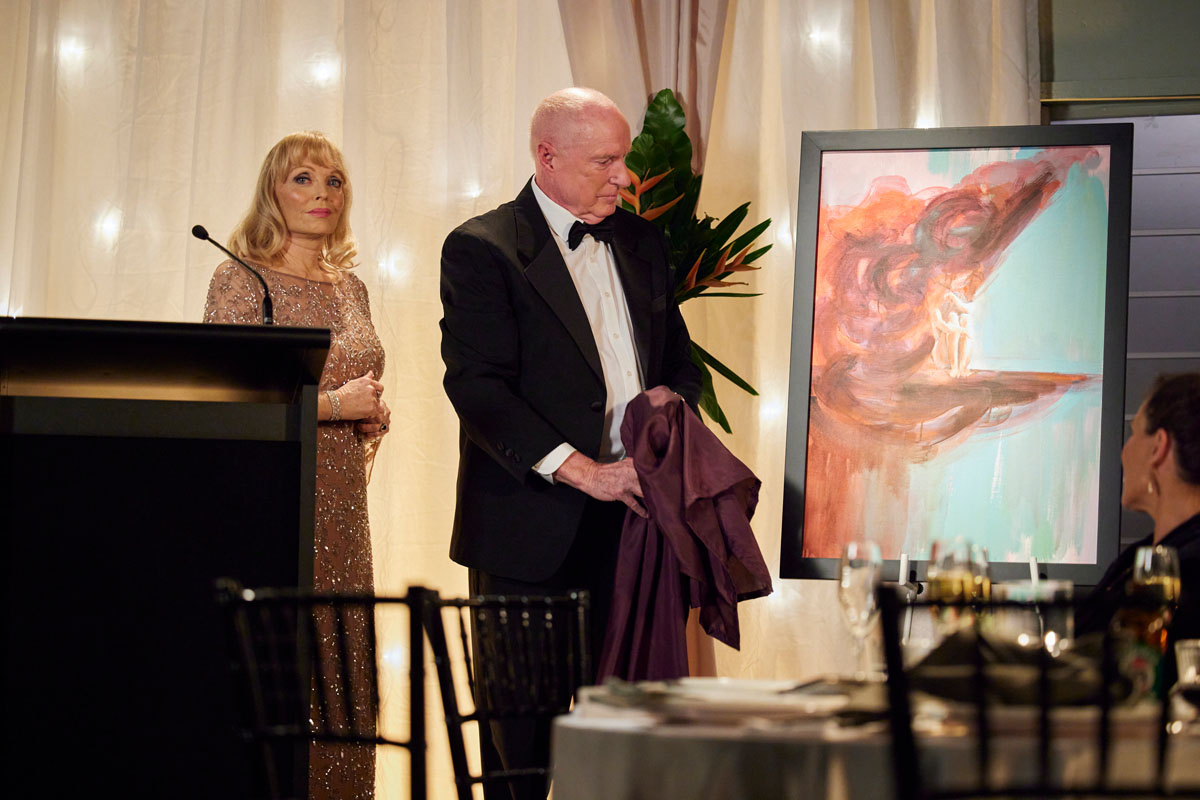 There’s further cause for celebration when Roo then reveals the final amount that has been raised, a whopping $48,000! 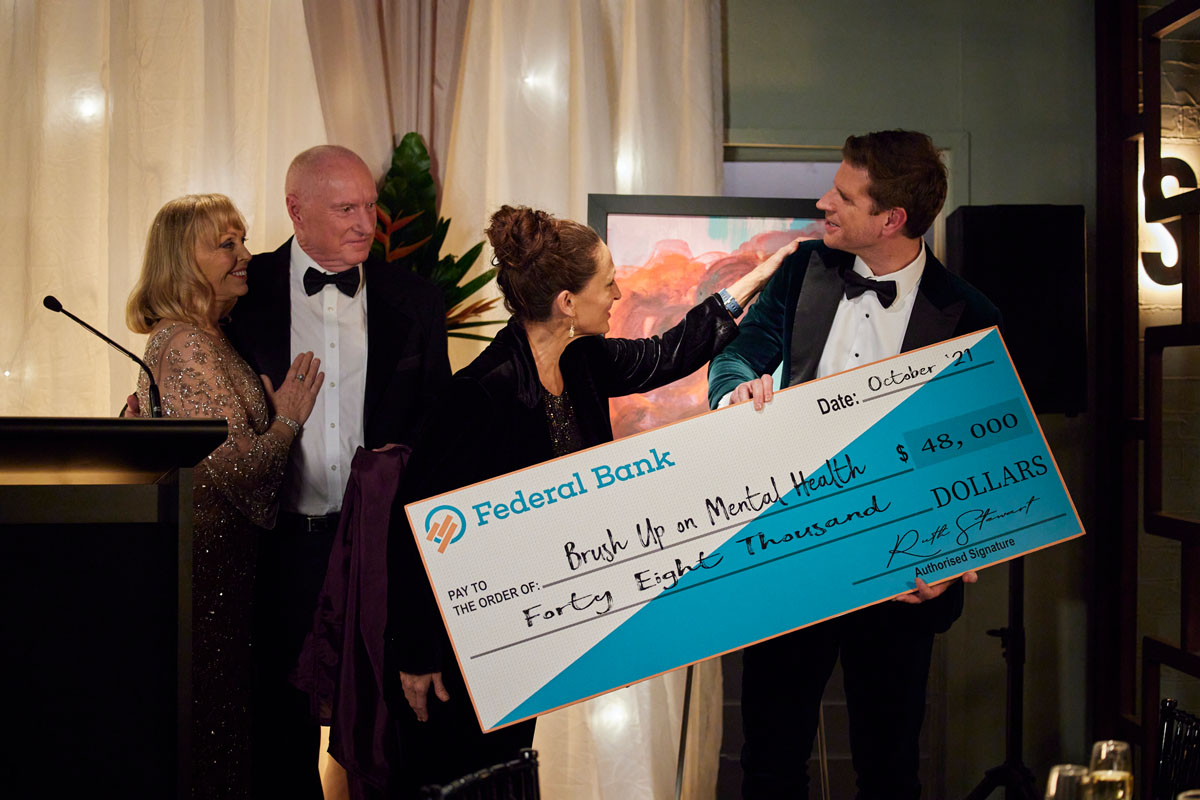 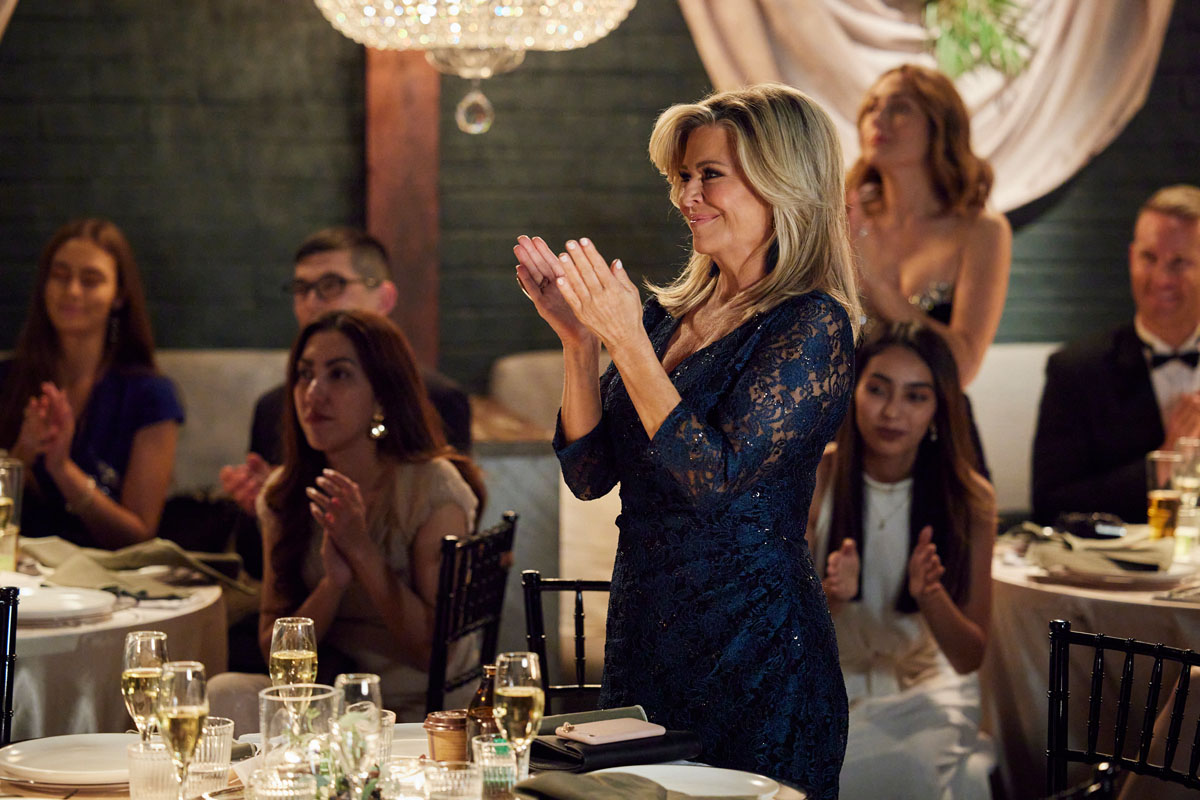 The evening has been a huge success, but little does everyone realise the danger they’re about to face…

That danger comes from downstairs in the gym, where Tane Parata’s (Ethan Browne) mystery stalker decides to up their game…. by trying to kill him!

Tane’s troubles began shortly after he hooked up with newcomer Felicity Newman (Jacqui Purvis), after meeting her at the club where she worked. He wasn’t impressed to find out that Flick’s brother was Summer Bay’s latest copper Cash (Nicholas Cartwright), but Tane wasn’t able to resist her charms and they hooked up a few more times over the following weeks. 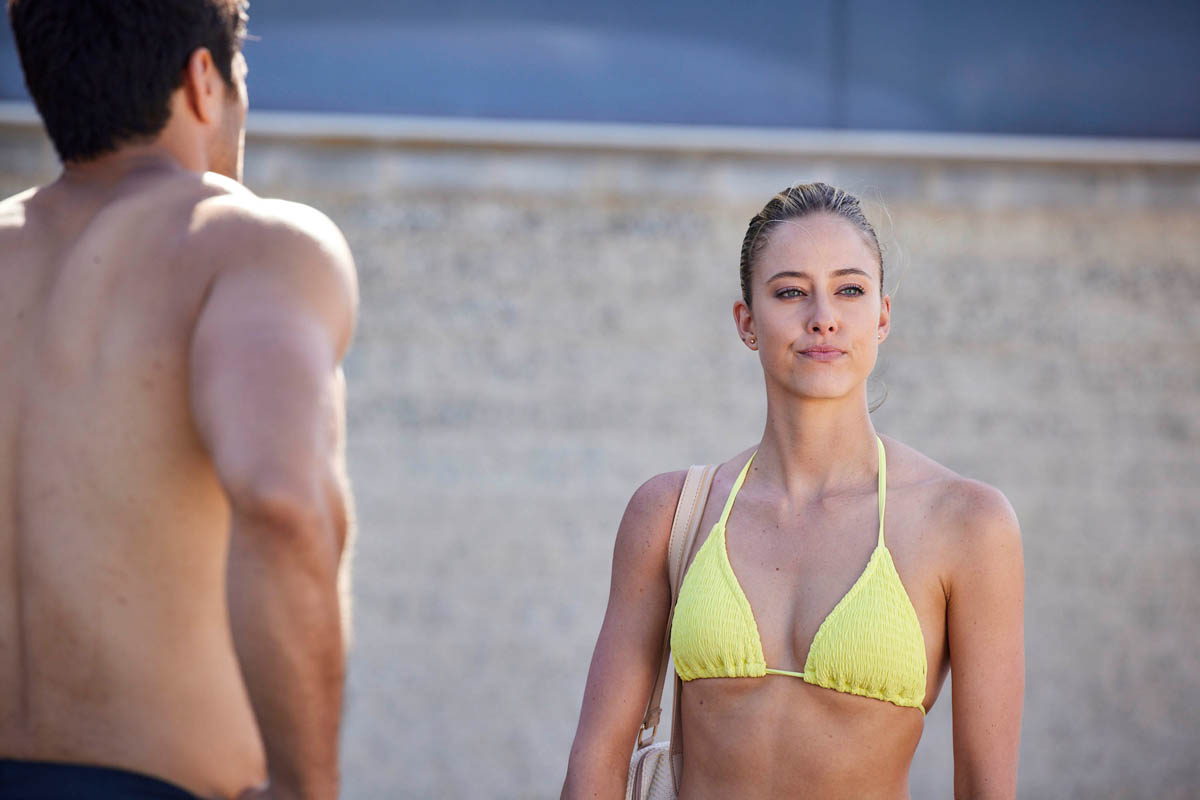 As it became clear that Flick was looking for more than a quick fling, Tane figured he had to put a stop to it before she became too attached. Although Flick put on a brave face, it was clear that Tane’s rejection had hurt her.

It was the very same day that Tane returned home to find a single red rose on his doorstep. As more and more began turning up at the places he frequented, including in his gym bag, Tane was under no doubt that Flick was responsible, and things became very tense between the two as he hurled accusations at her.

Flick gave as good as she got as she maintained her innocence, but things came to a head after she tried to warn Mackenzie (Emily Weir) off Tane after spotting them together in Salt.

When Mac later told Tane that an unseen person had followed her to her car that night, Tane publicly ripped into Flick in the middle of the surf club, an altercation that had to be broken up by Alf. Having witnessed Tane’s anger, and seeing that Flick was physically shaking with fear, Roo offered her support. 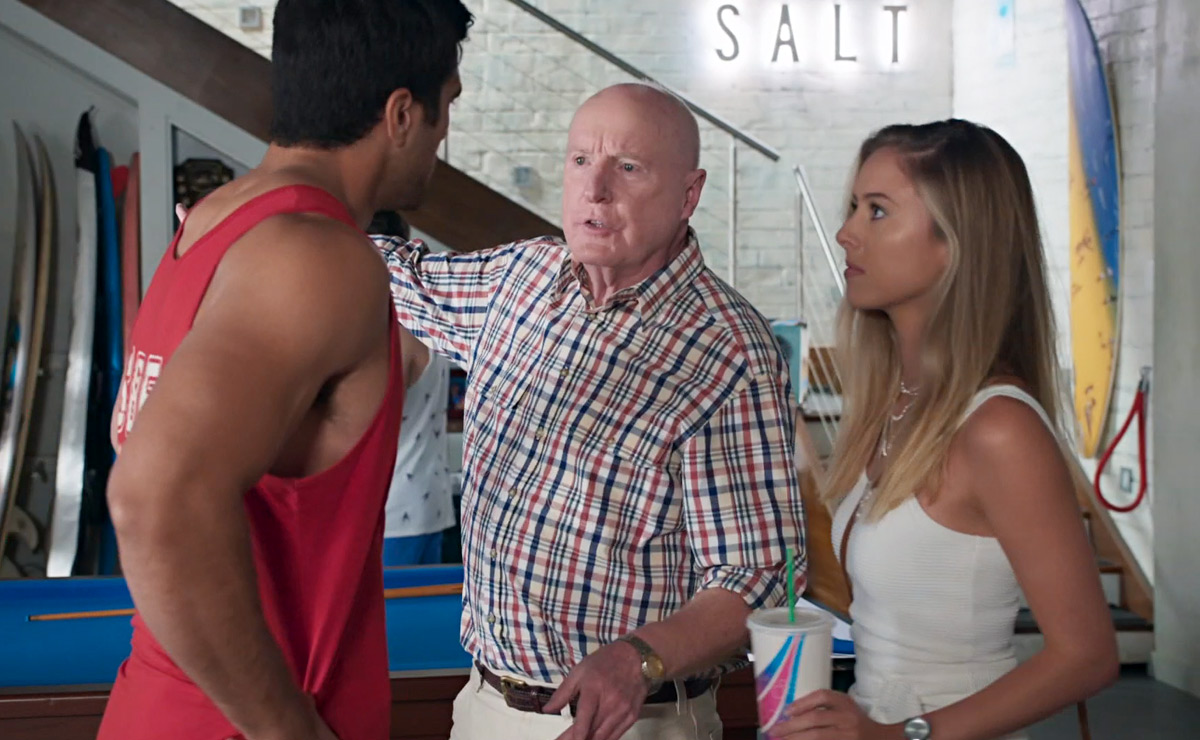 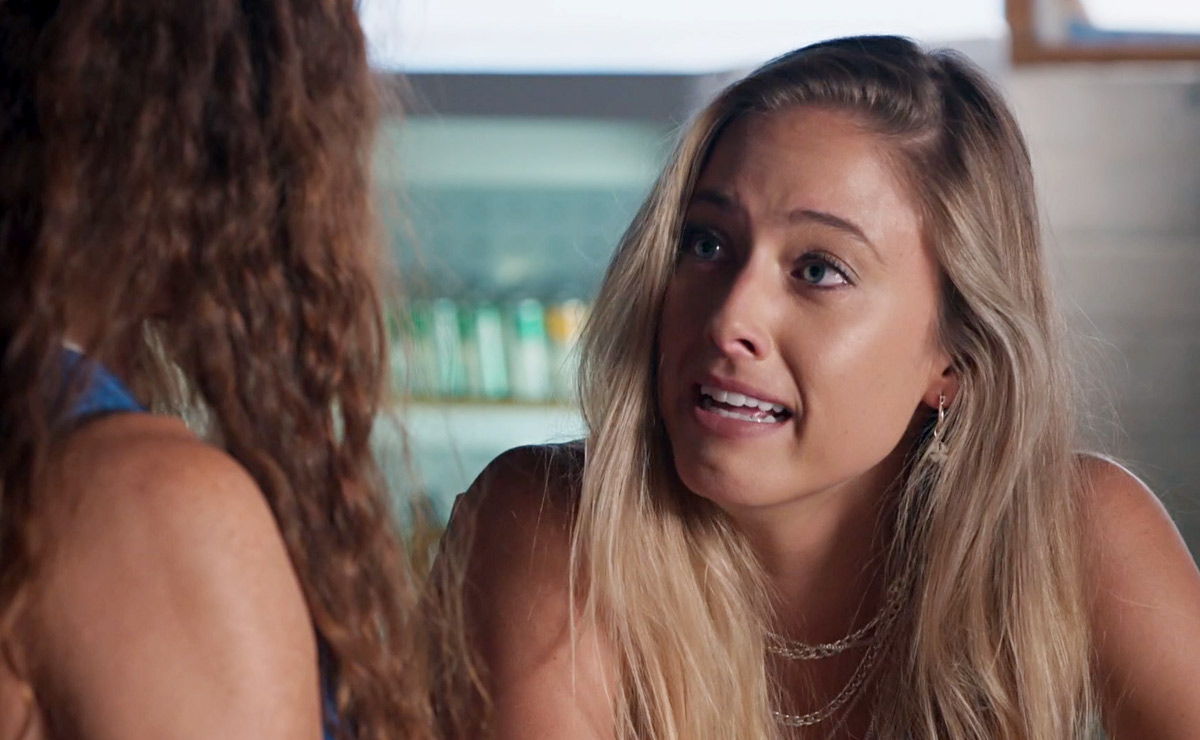 Things further intensified when Tane was called to the club where Flick works in order to pick up a drunk Ryder.

Flick was incensed to see Tane at her workplace, and, although he was only there a short amount of time, he also managed to insult her friend and colleague Anna (Megan Smart). 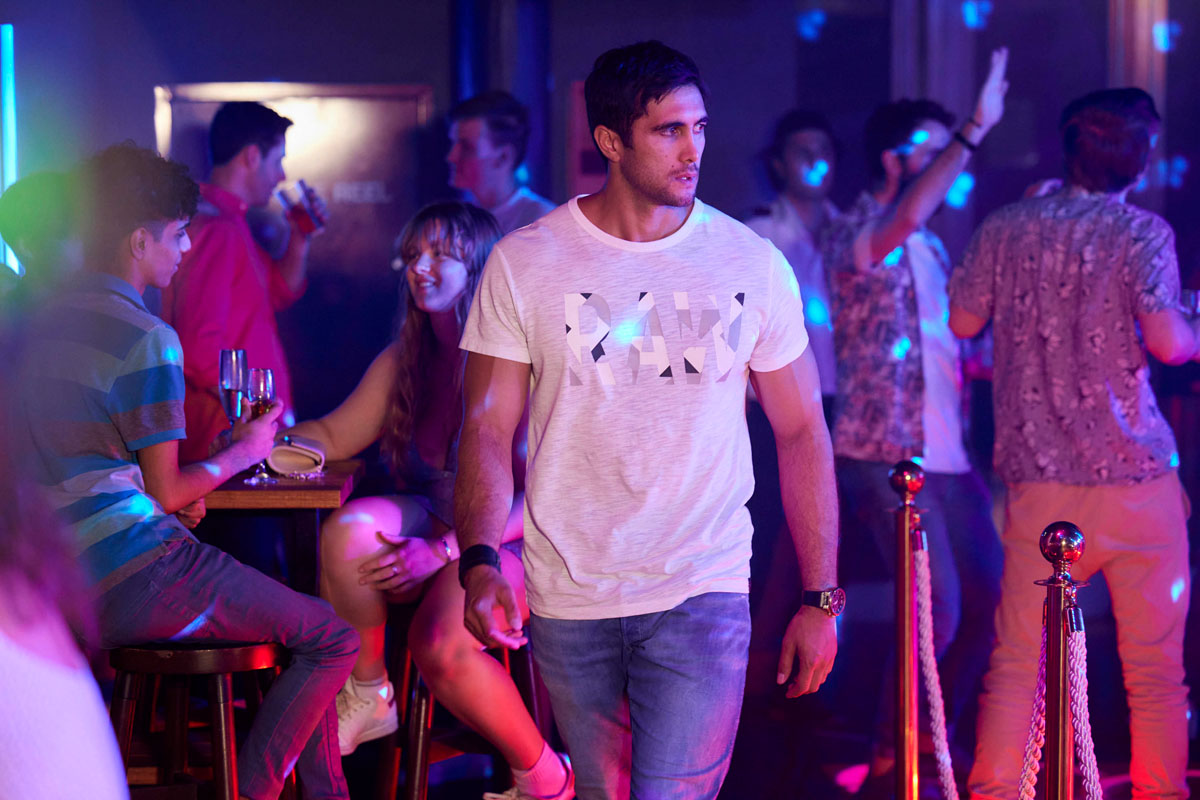 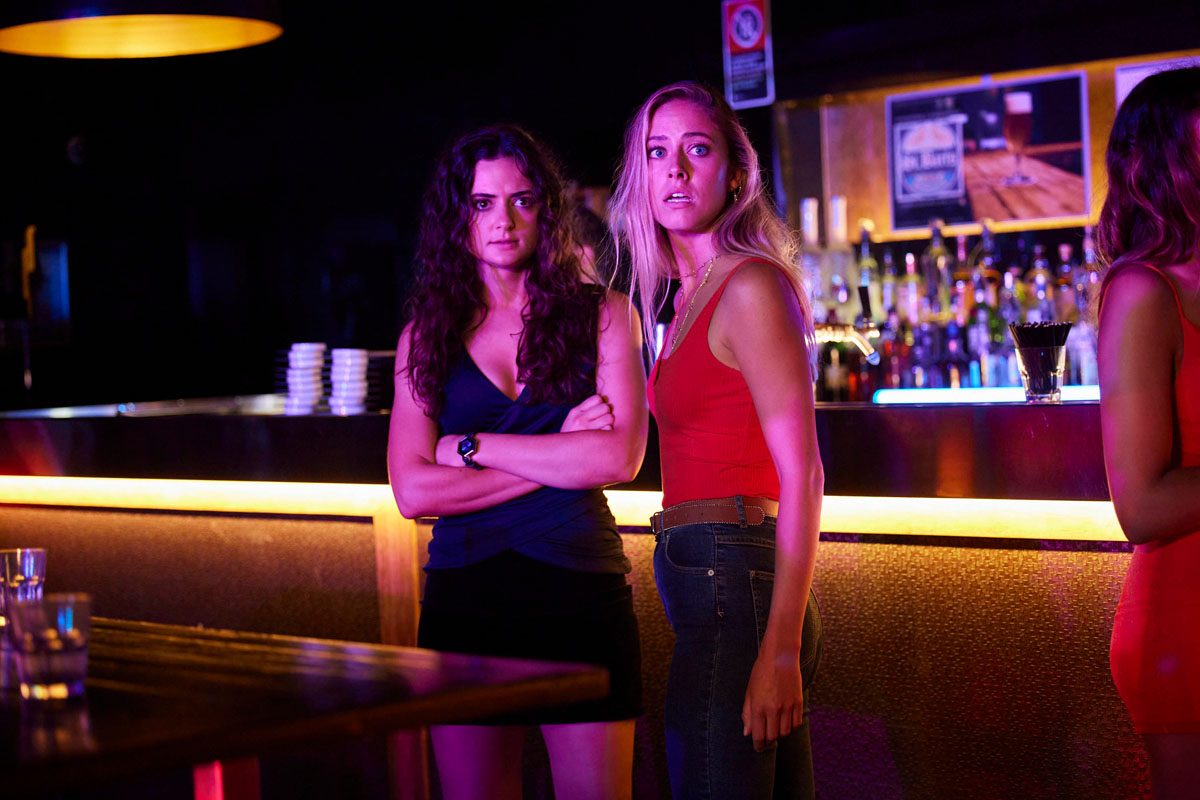 Although Felicity attempted to put an end to things once and for all the next morning by talking to Tane, Mac’s interference only caused another argument between the pair.

At breaking point, she confided in Cash, telling him everything that had been going on and confessing that she’s terrified of Tane. 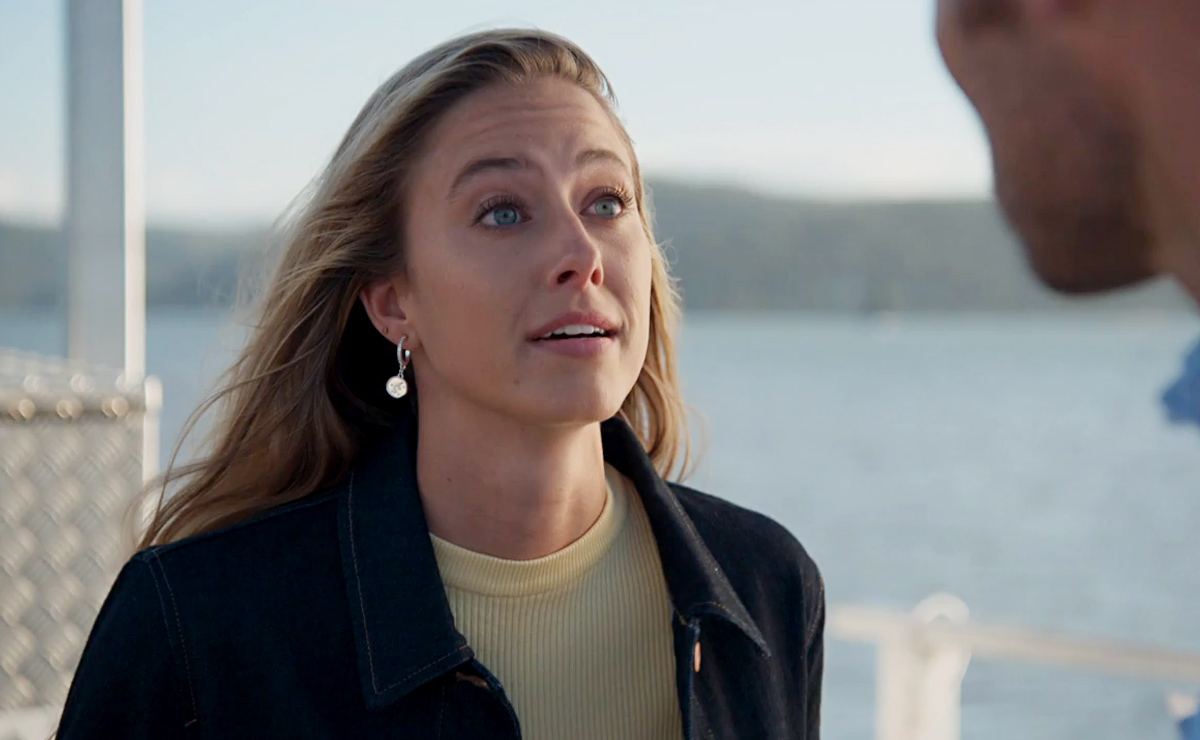 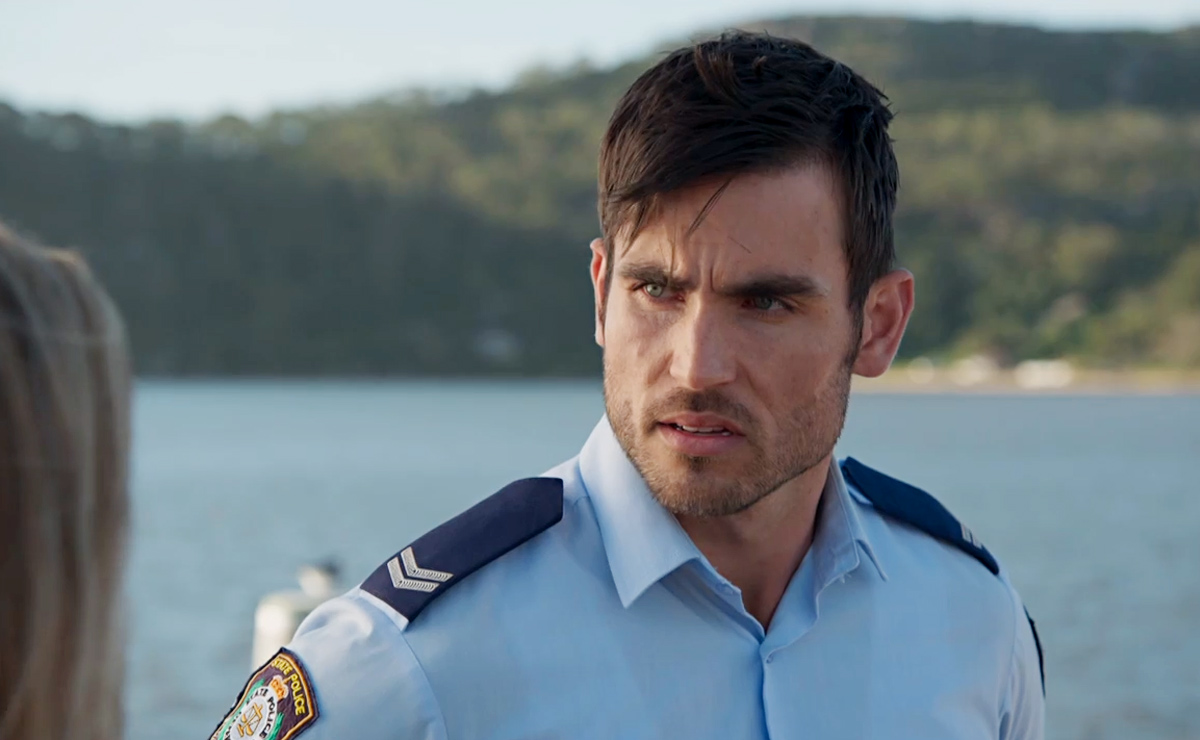 In the final episode of the year, airing on 5STAR this Friday 19th November and Channel 5 on Monday 22nd November, Cash decides to take drastic action and presents Tane with an AVO (Apprehended Violence Order), preventing him from approaching Felicity for any reason.

Stunned, Tane turns to Flick, who is watching from the sidelines, and shouts that her that he should be taking one out on her!

Insisting to Cash that she has been the one harassing him, Tane nearly comes to blows with the town’s new cop before Nik (Kawakawa Fox-Reo) intervenes. 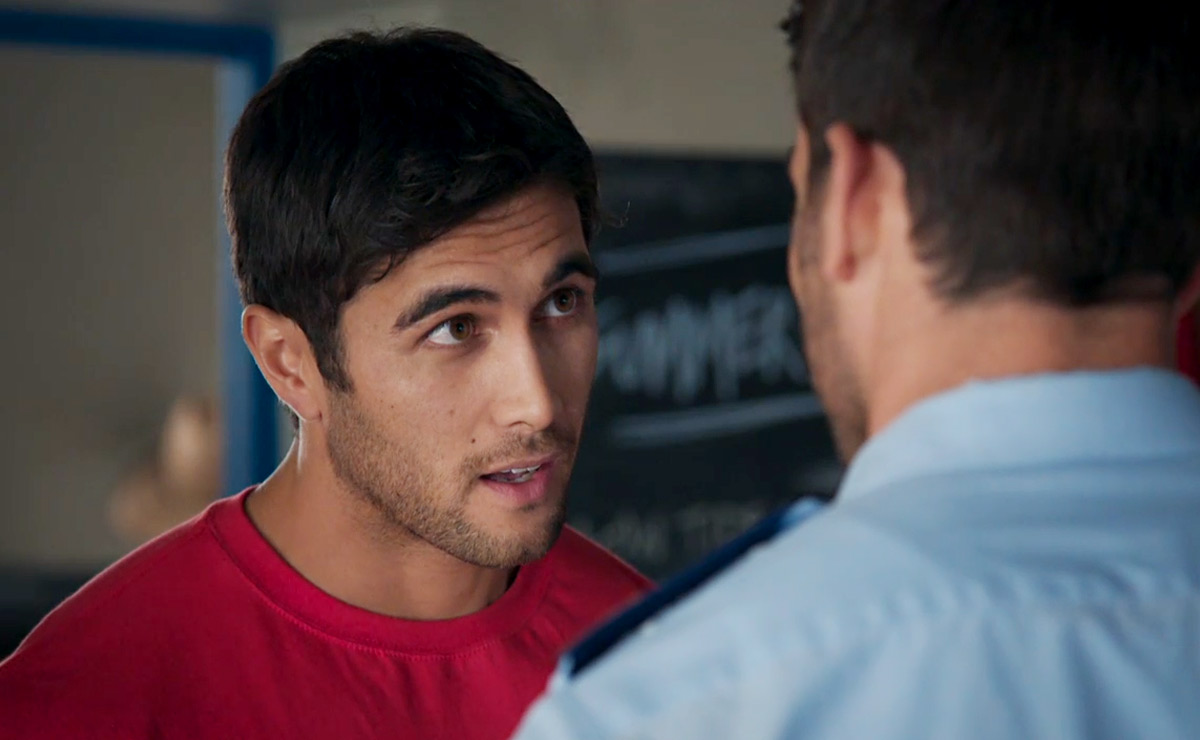 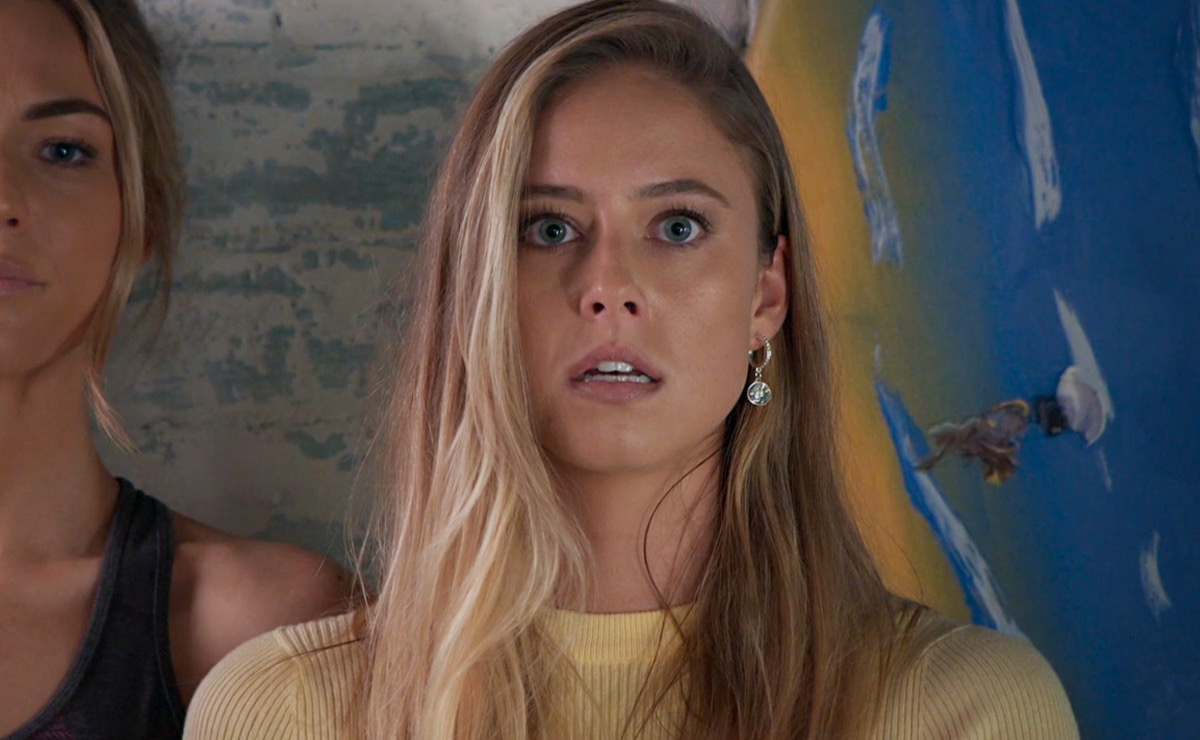 Flick can only look on in shock.

Later on in the diner, Cash and Jasmine (Sam Frost) ask Flick if she’ll be coming with them to the gala evening but she declines. While Cash and Jasmine are both worried about her, she insists that she will be fine with the AVO in place; all she wants to do is have a quiet evening at home on her own.

That evening, Tane is working late at the gym when we see a mysterious figure drugging a bottle of sports drink, which they then sneakily swap for the one that Tane is drinking. 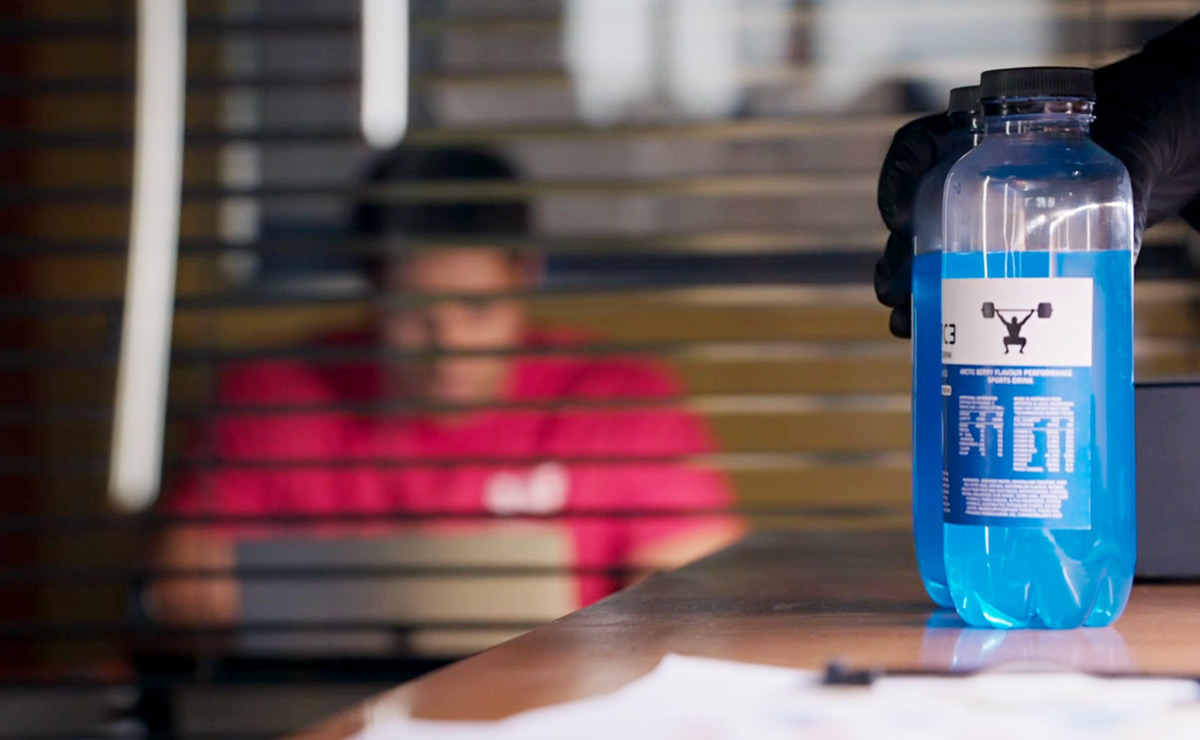 A short while later, as Tane begins to feel woozy, he collapses on the floor. Seeing a figure approaching, he begs for help, but the unseen person simply places a single rose on his chest. 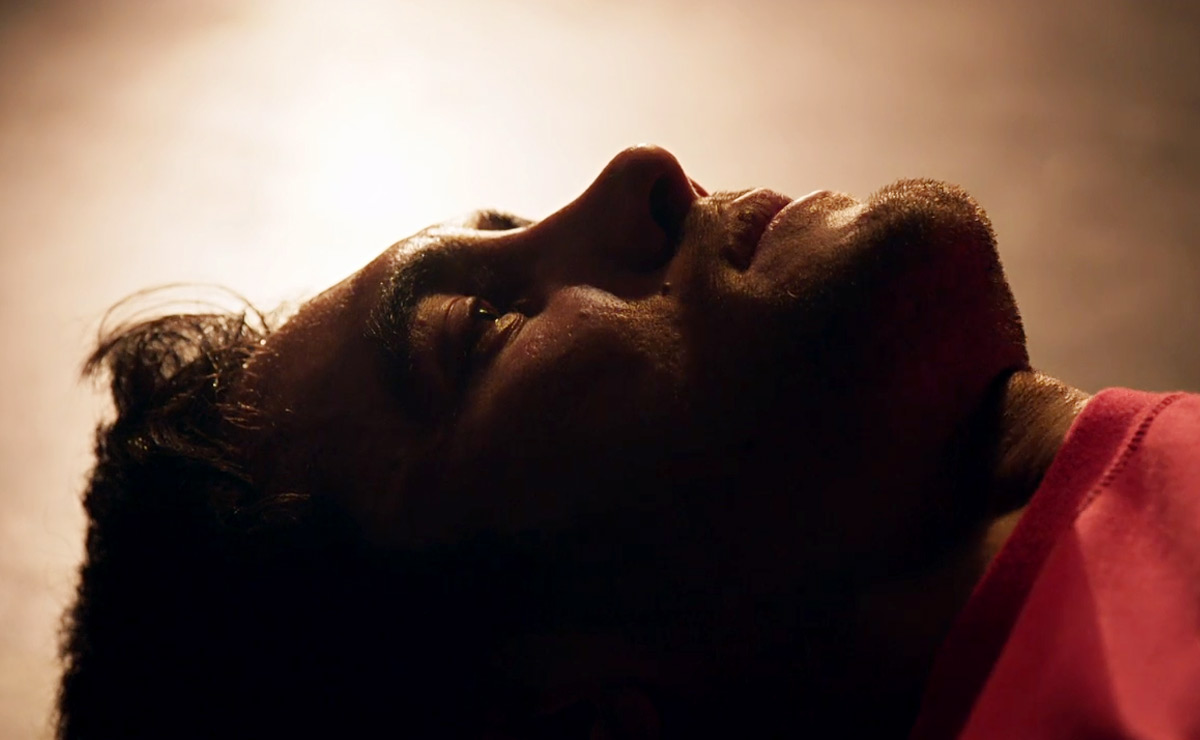 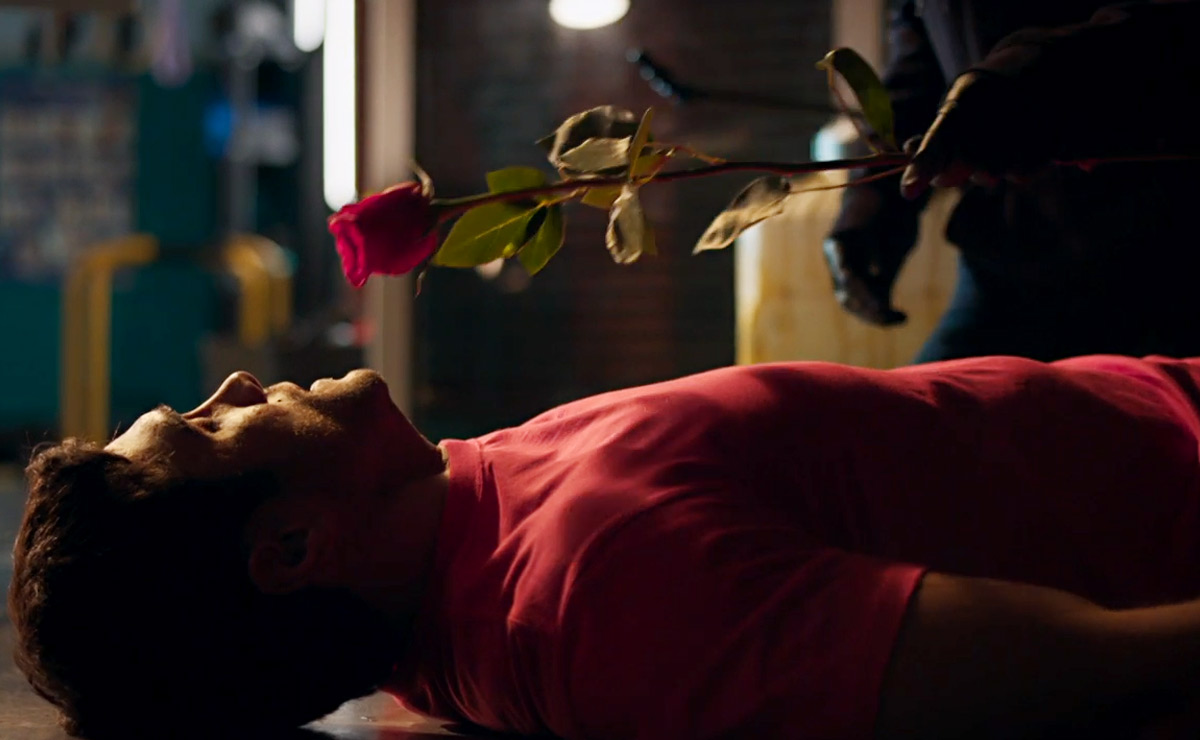 The mystery attacker then sets up a pesticide sprayer, switching it on so the chemical sprays directly over him. 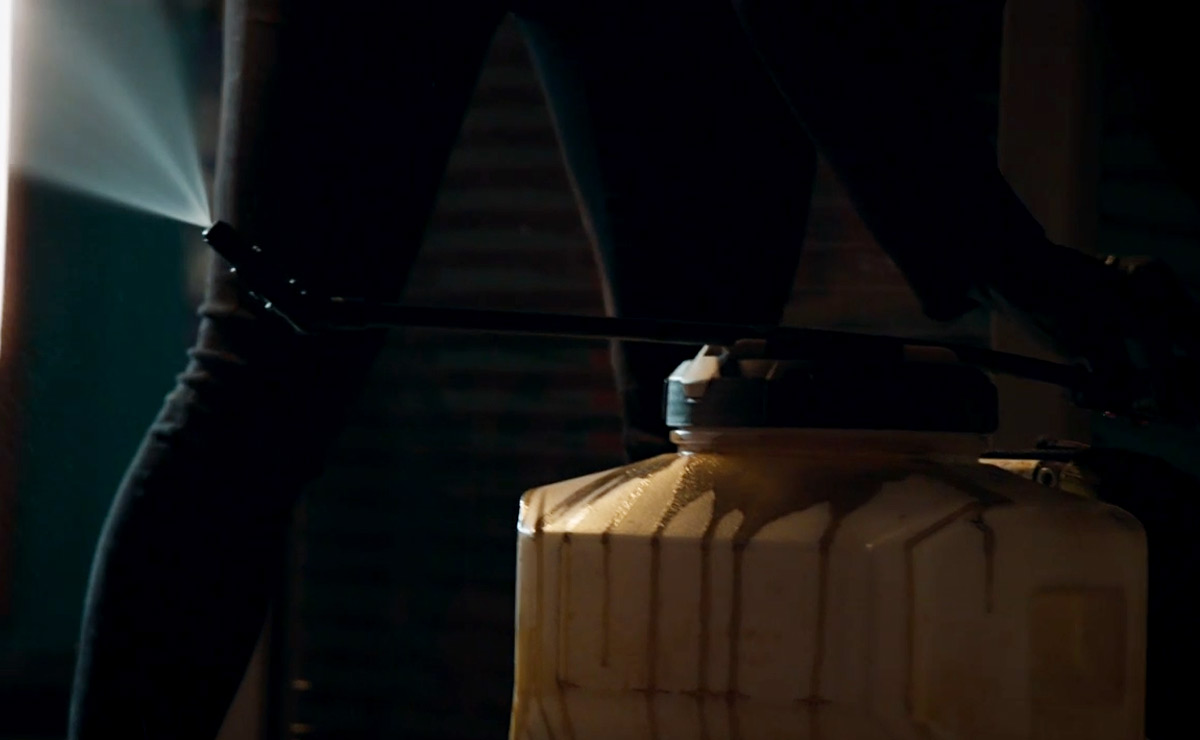 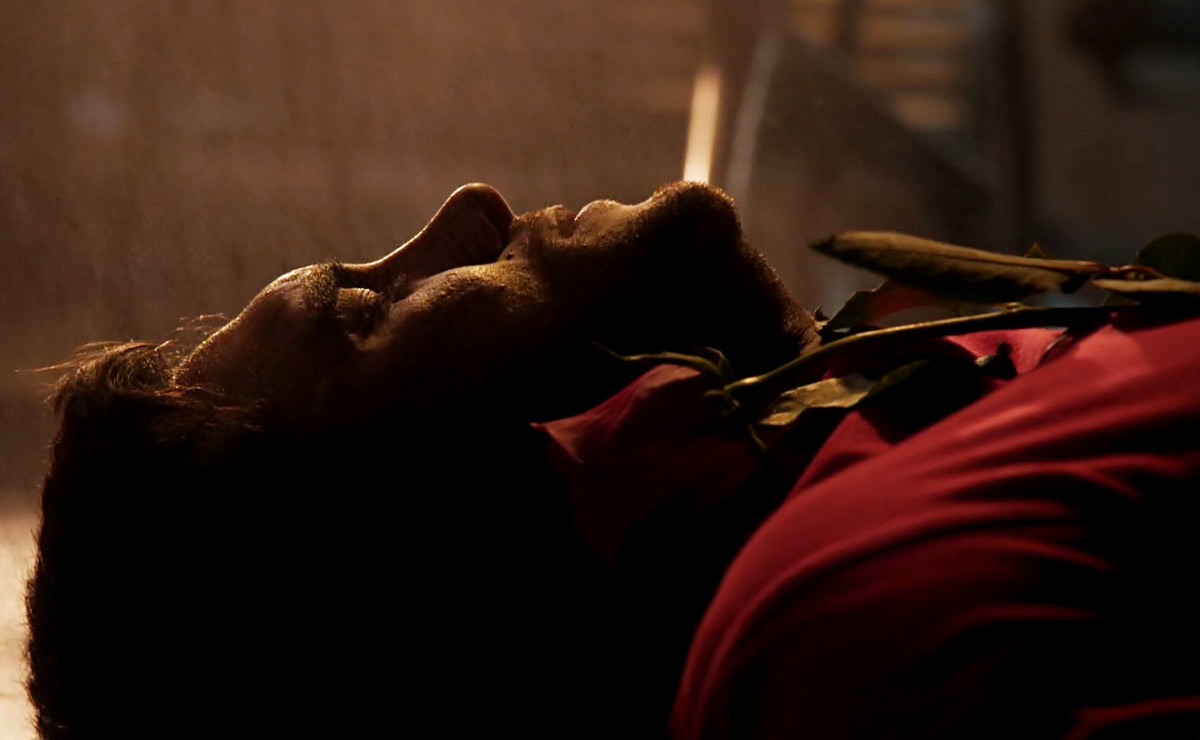 Unfortunately, the mist soon gets circulated into the surf club’s ventilation system, spreading deadly chemicals into the gala dinner upstairs at Salt! 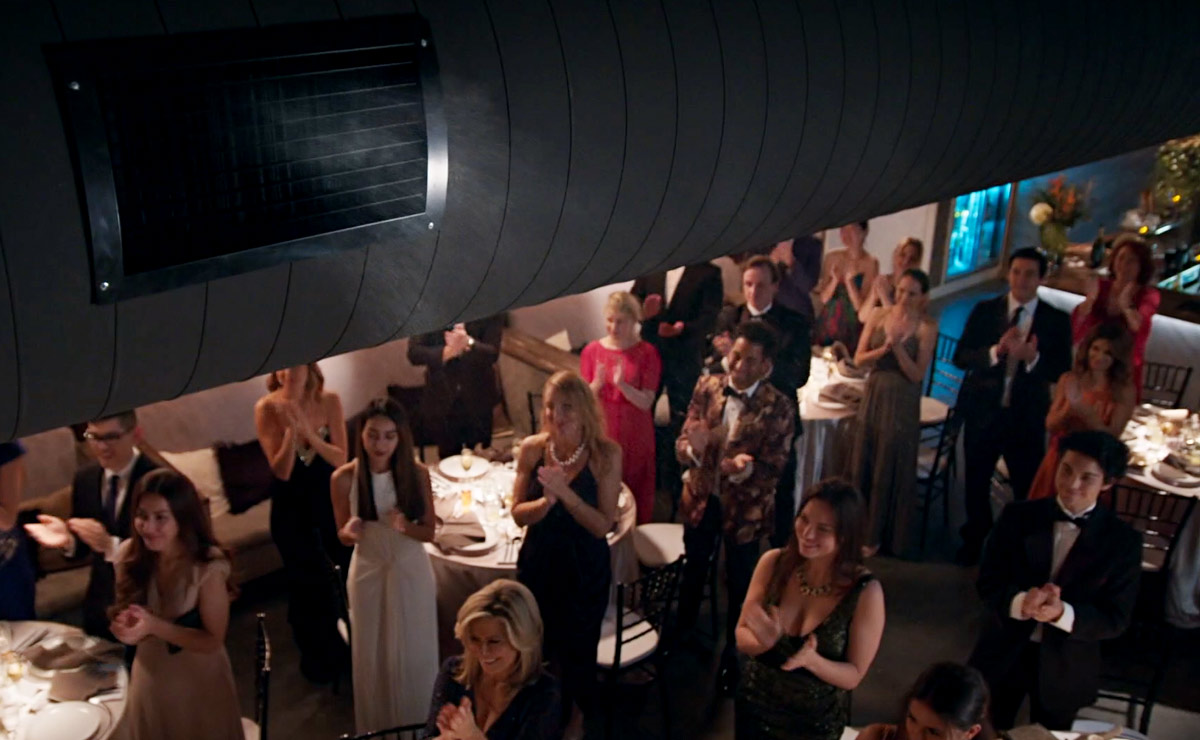 Could Tane’s attacker be about to kill dozens of innocent people?

Please be aware that there is NO repeat viewing scheduled on 5STAR at 18:00!

First look viewers on 5STAR will see the finale episode at 18:30 on Friday 19th November.

Home and Away will return to Channel 5 on Monday 3rd January 2022.