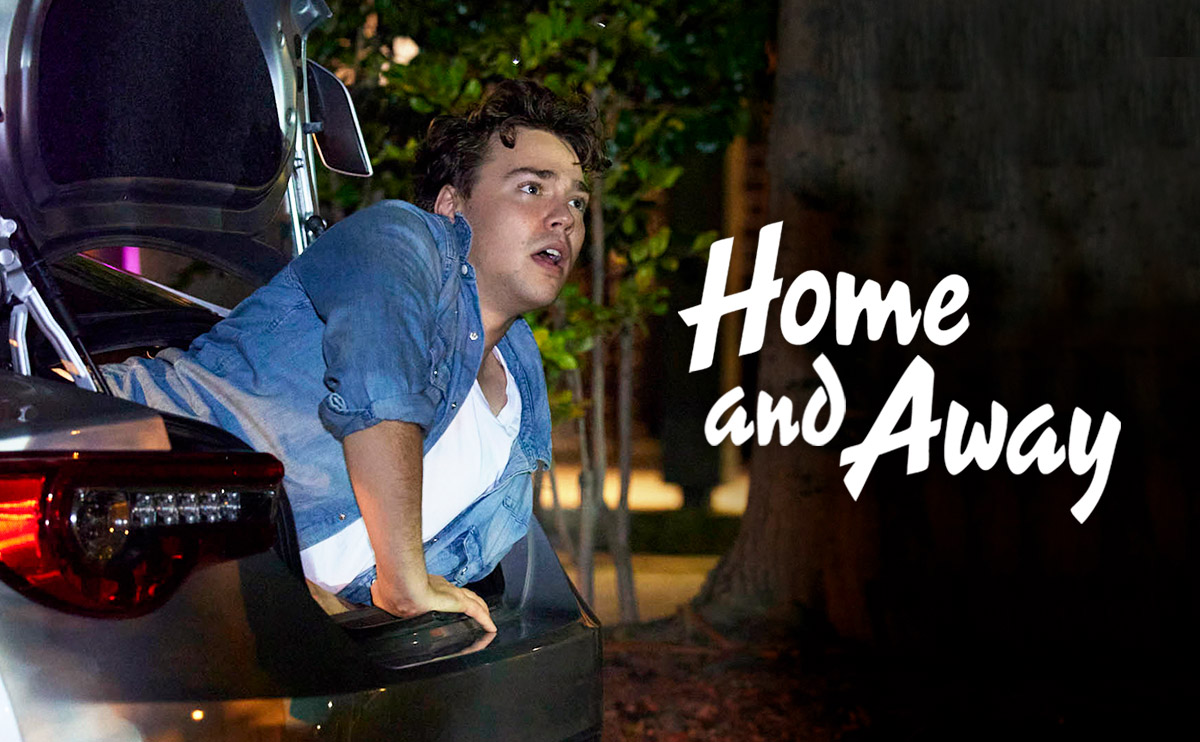 On next week’s Home and Away in the UK, a surprise birthday party for Ryder turns into a disaster, as the birthday boy faces a nightmare kidnap ordeal.

Theo Poulos (Matt Evans) has certainly been making waves in Summer Bay since he turned up on his Aunt Leah’s (Ada Nicodemou) doorstep, and one of those who has been particularly riled by Theo’s presence is Ryder Jackson (Lukas Radovich).

Theo immediately latched onto Ryder’s girlfriend Chloe (Sam Barrett), and was quick to turn on the charm to convince her that he could be a better boyfriend than Ryder.

Ryder didn’t pay too much attention at first, but began to feel threatened by Theo’s presence when when he overslept and missed the window for his and Chloe’s food delivery. A passing Theo was Chloe’s knight in shining armour as he offered to drive her in his car. 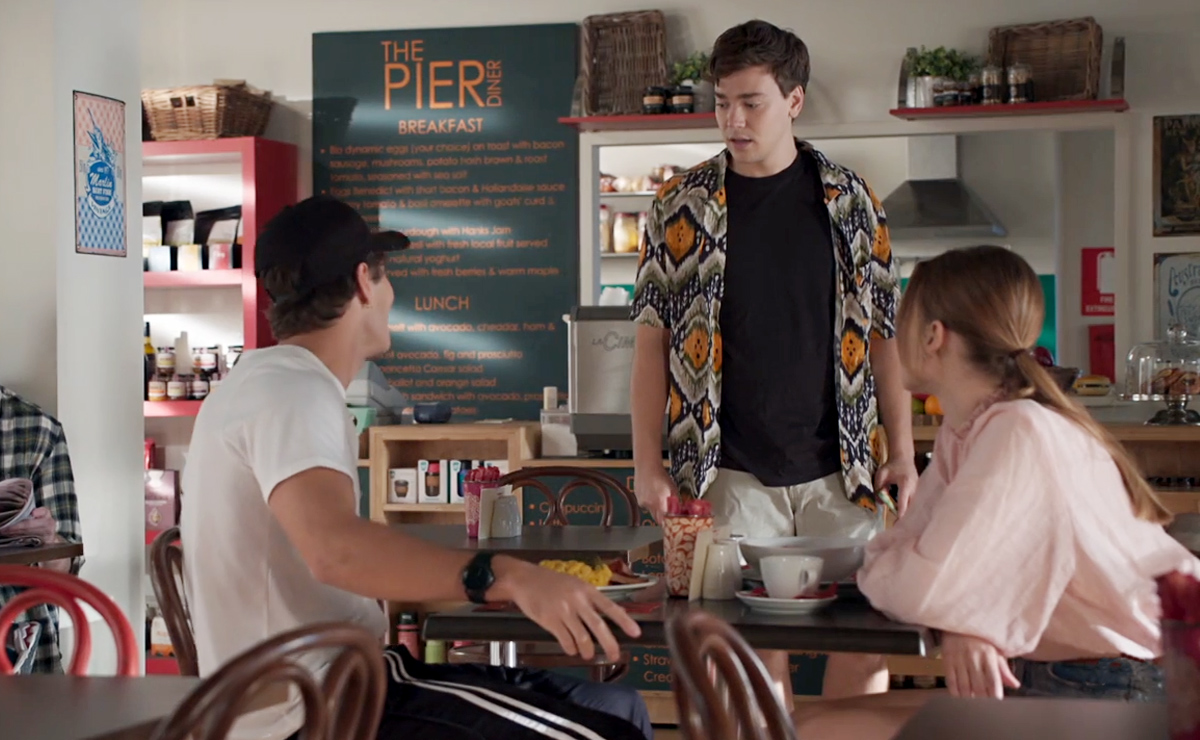 Since then, Theo has taken pleasure in winding up Ryder, who’s becoming increasingly annoyed at his constant hanging around. Theo claims to see their relationship as a budding bromance, but Ryder just sees him as a pest.

Ryder’s demeanour around Theo hasn’t been lost on Chloe, and she’s been calling out Ryder for his rudeness—after all, it was Leah who asked Chloe to look out for Theo as he got to know the place, and Chloe and Ryder owe her for her letting them use the diner kitchen after hours.

When Chloe revealed to Theo that she was organising a surprise birthday bash for Ryder’s 21st, Theo was keen to help organise it. But when Ryder arrived and Theo and Chloe quickly changed the subject, Ryder immediately became suspicious—what had he just interrupted? 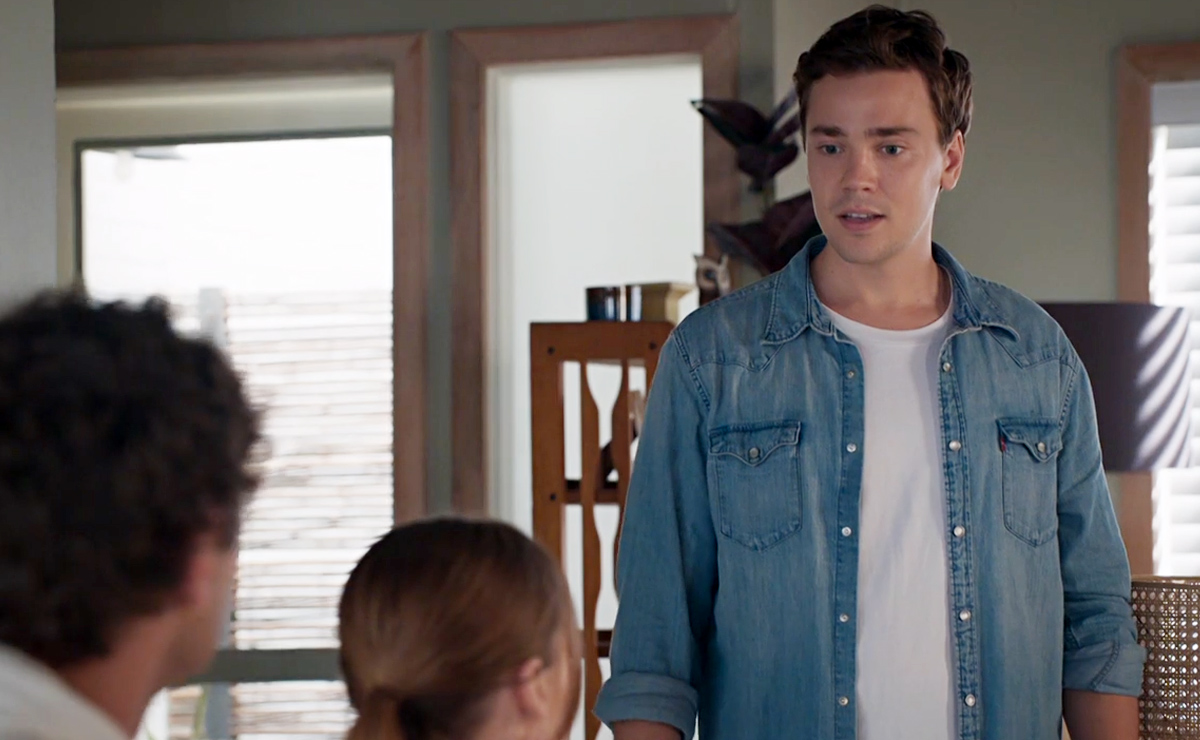 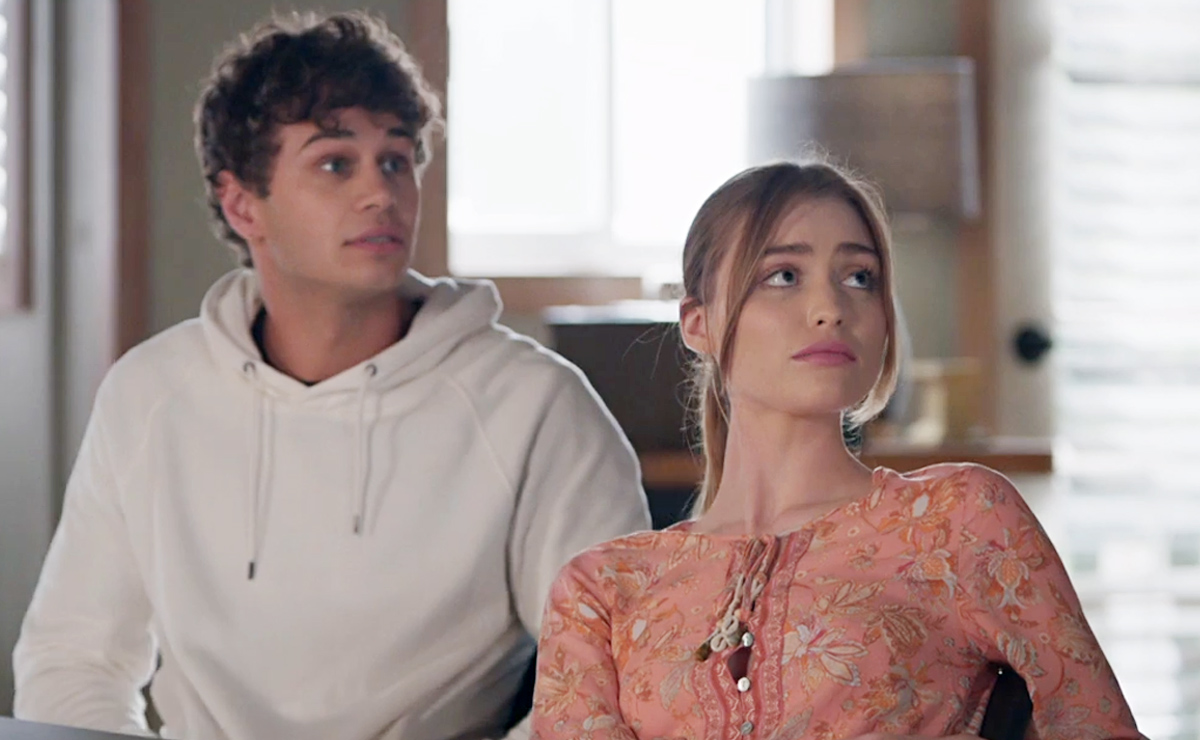 As we pick up the action this week, the final preparations are being put in place for the big birthday surprise. Chloe recruits Bella (Courtney Miller) and Nikau (Kawakawa Fox-Reo), who head to the diner to ask Irene (Lynne McGranger) if she can provide a cake.

Chloe manages to distract Ryder by claiming a huge order has just come in, and that he’ll need to go and pick up some ingredients and meet up with her at the diner later. When Ryder asks why Chloe can’t come with him, she tells him that she’s promised to help Theo with something, which only arouses Ryder’s paranoia further.

When Chloe realises that she somehow has to get Ryder to the nightclub without giving the game away, Theo glady offers his services. As Ryder heads out onto the pier to meet Chloe, Theo suddenly grabs him from behind and places a hood over his head, bundling a terrified Ryder into the boot of his car. 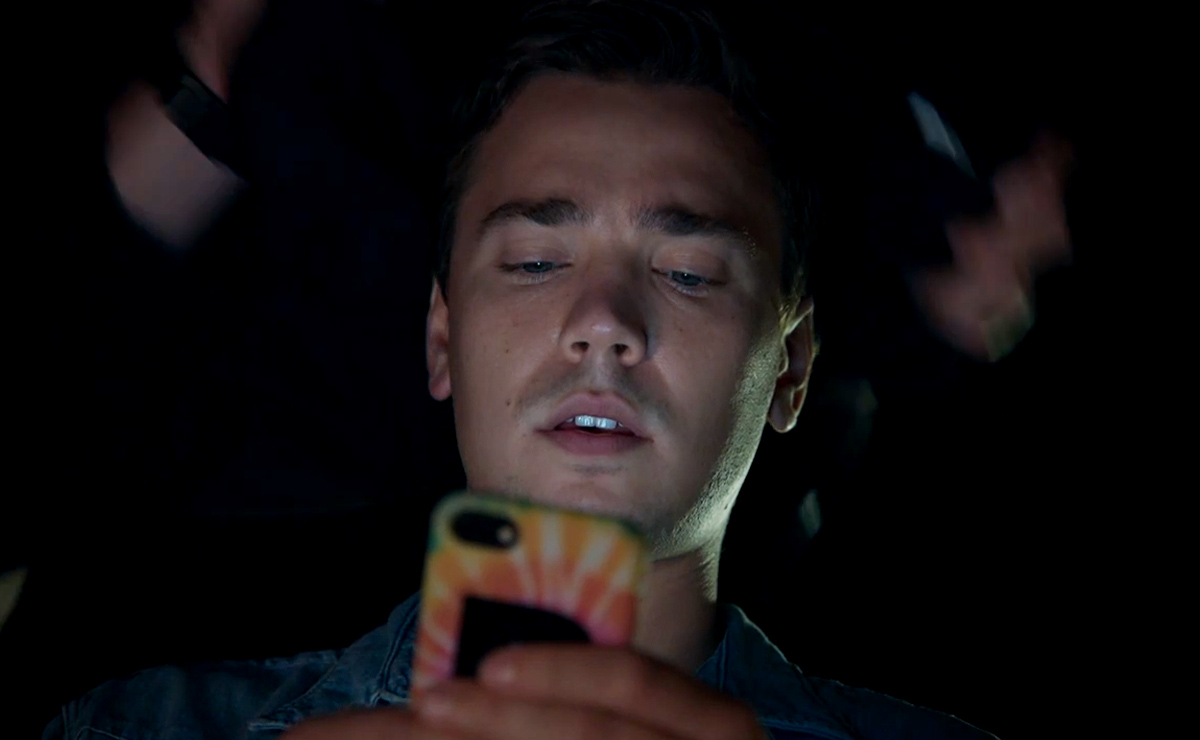 Ryder’s screams for help are to no avail as he’s driven to the club, and, when he finally reaches his destination and is unmasked, Ryder is incensed at the identity of his captor. 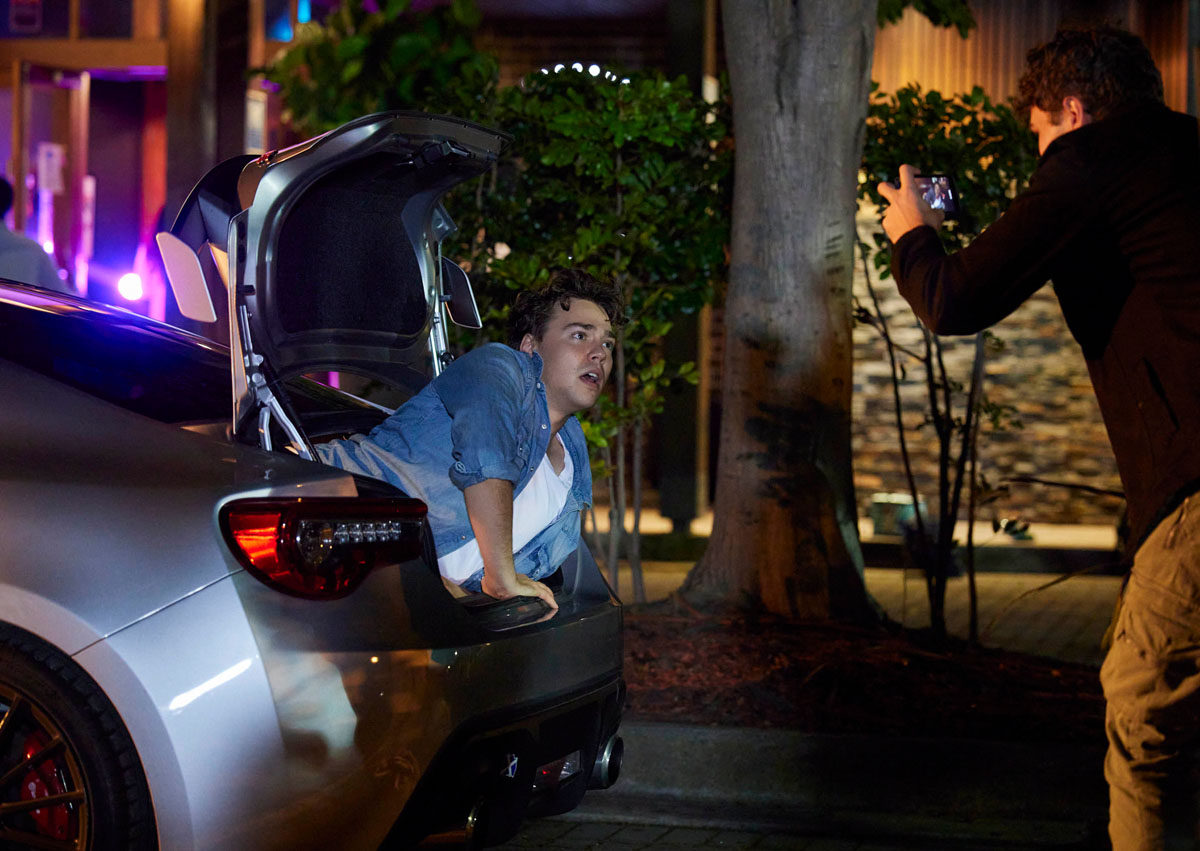 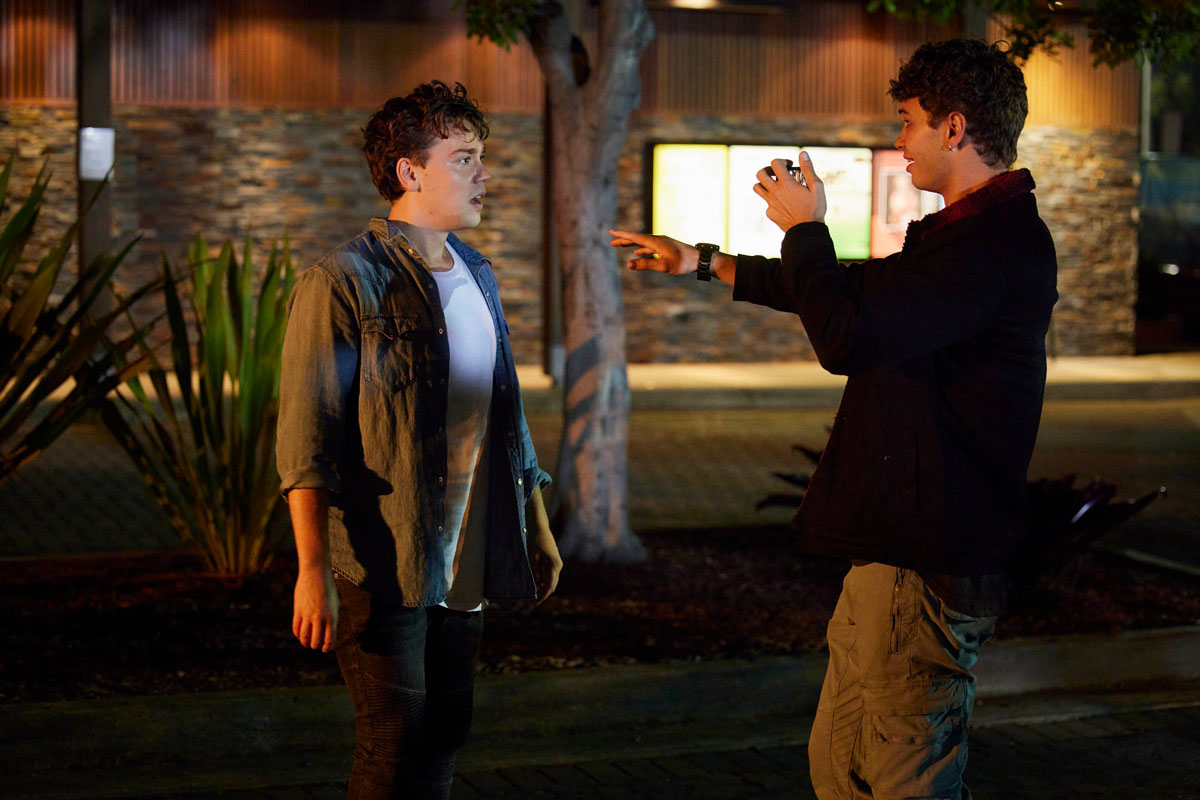 Filming the moment for posterity, Theo watches on in amusement as Ryder yells at him.

“Why Chloe keeps falling for your act is beyond me!” he screams, before Theo tells him to turn around. 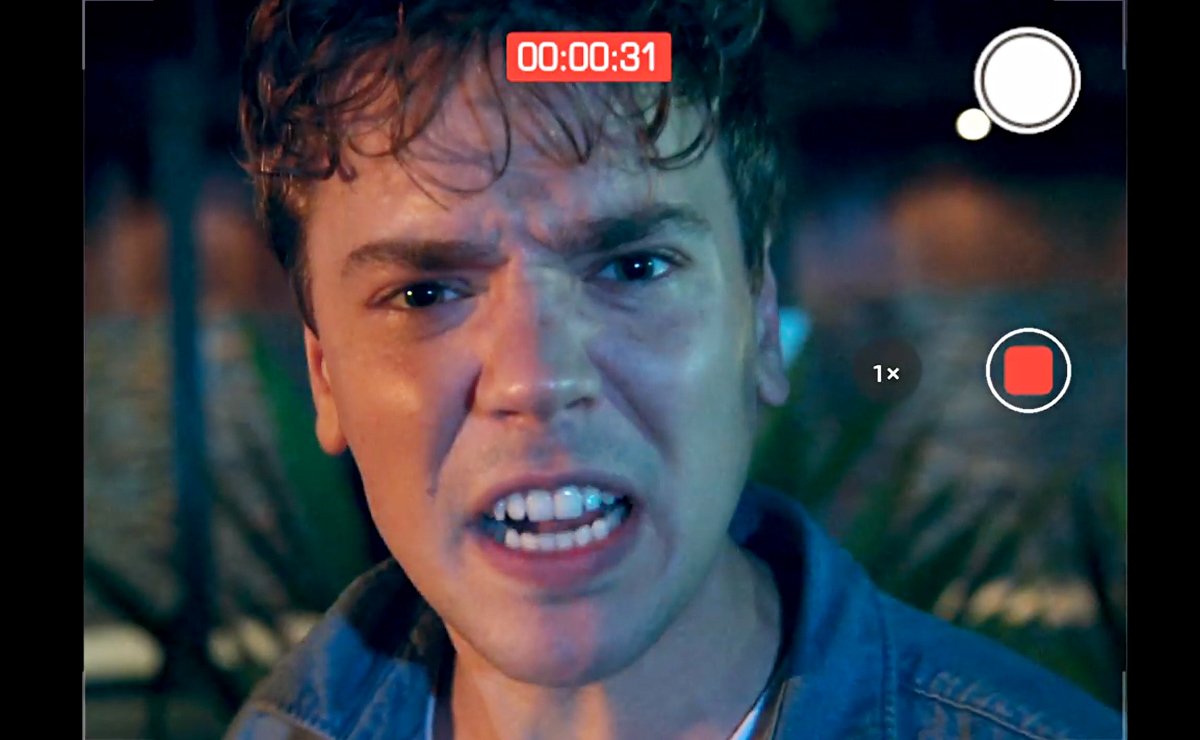 Doing so, Ryder finds Chloe, Nikau and Bella awkwardly waiting for him. 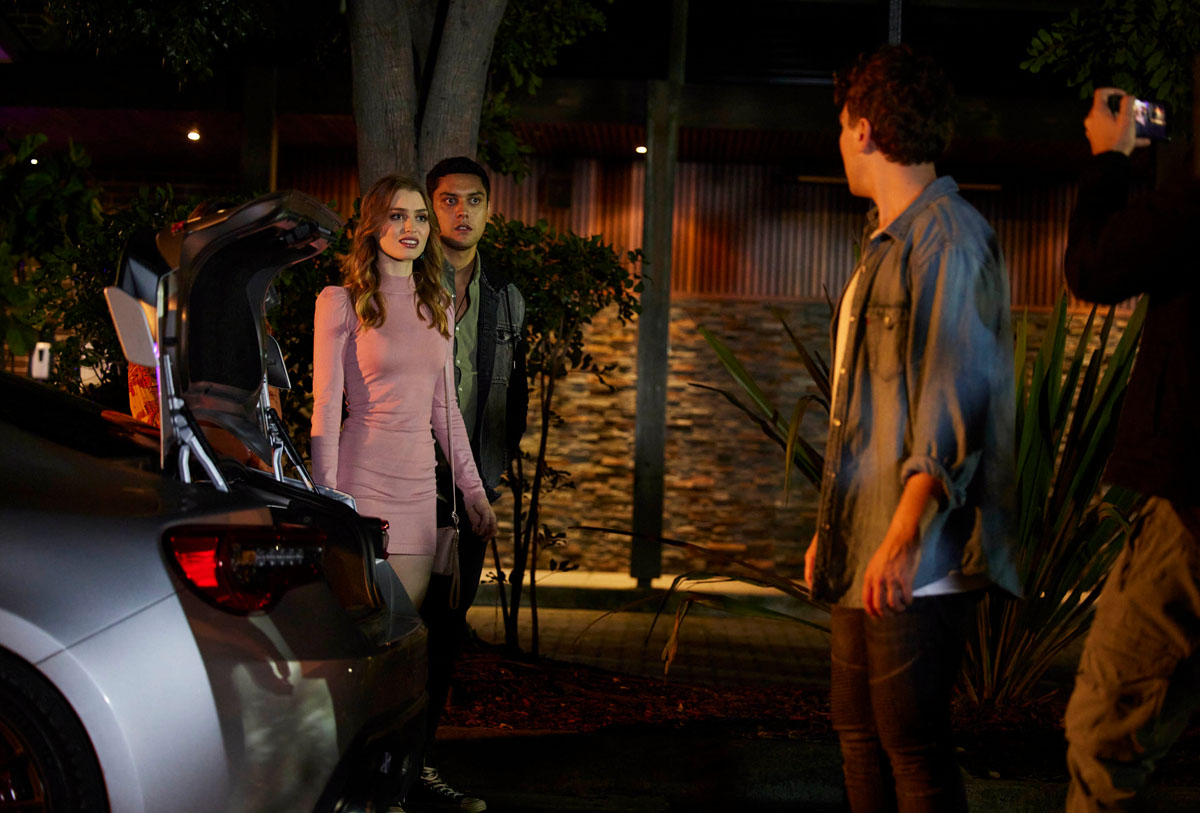 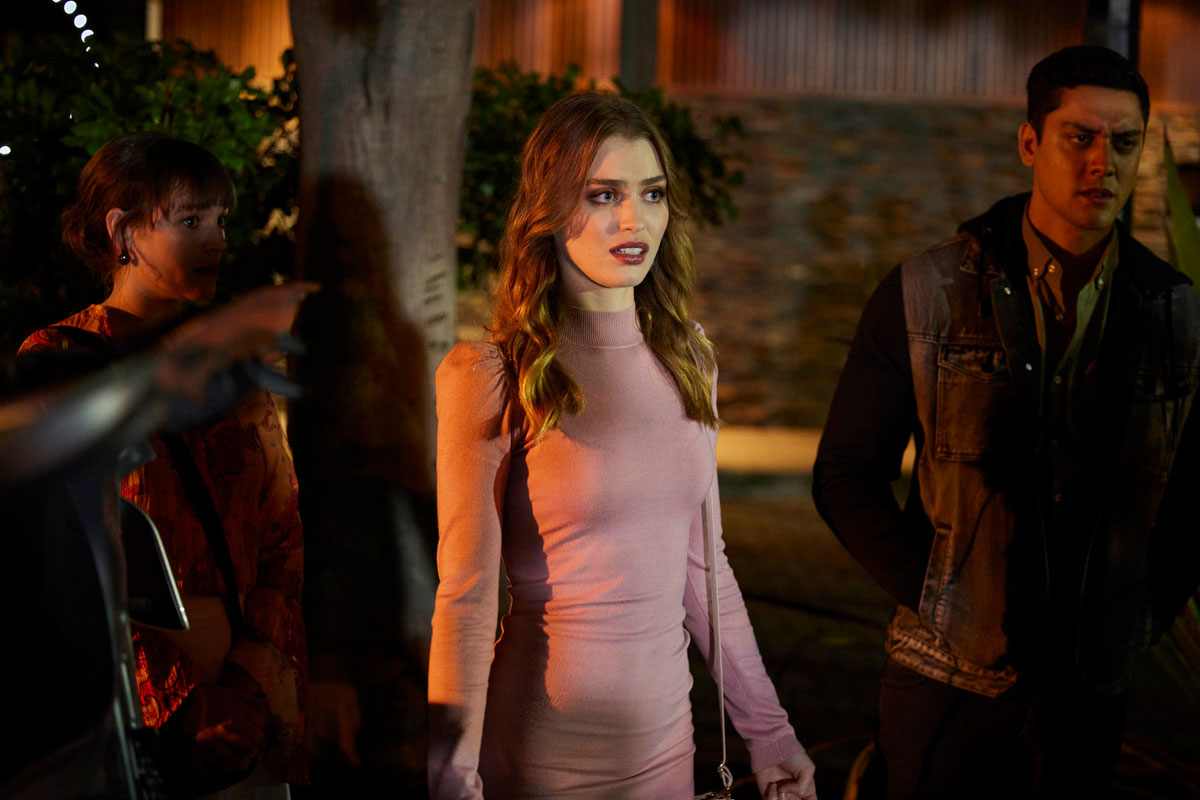 The foursome head into the club, where they are VIP guests for the evening, but Ryder finds it hard to be enthusiastic about the surprise. Felicity (Jacqui Purvis) welcomes them and introduces her colleague Anne (Megan Smart) who will be their hostess.

With Ryder still being short with Theo, Chloe asks Ryder to give him some slack—whilst she didn’t know what Theo had planned, he had to get Ryder to the party somehow! She just can’t fathom why he’s in such a bad mood as he walks away and starts downing champagne. 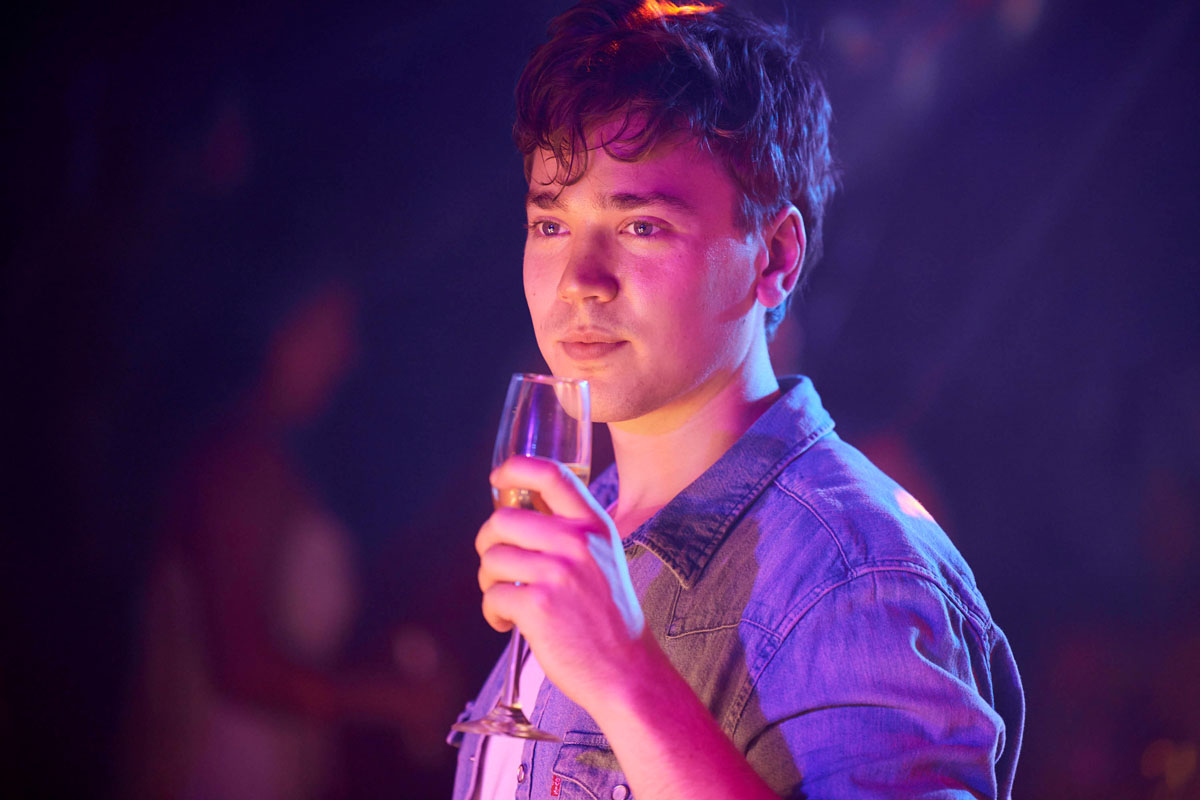 It’s Bella that eventually points out the obvious to Chloe—the fact that Ryder was ‘kidnapped’ by Theo could have been very triggering for him, considering the four of them were kidnapped for real earlier this year by drug dealer Paul’s cronies. Chloe can’t believe she’s been so stupid (and to be honest, neither can we…)!

Chloe asks if he can just put it past him and enjoy his evening, but just as Ryder agrees to try, they’re interrupted by Theo. All of a sudden, Ryder’s insecurities are back in force.

When Ryder asks Theo to leave, Chloe sides with Theo, saying that she’d much rather spend time with him whilst Ryder’s being so rude. With that, Chloe heads to the dancefloor with Theo, leaving poor Ryder feeling like his girlfriend is slipping away.

As Ryder continues to drown his sorrows, he decides that two can play at that game, and tries to dance with Anne to make Chloe jealous. 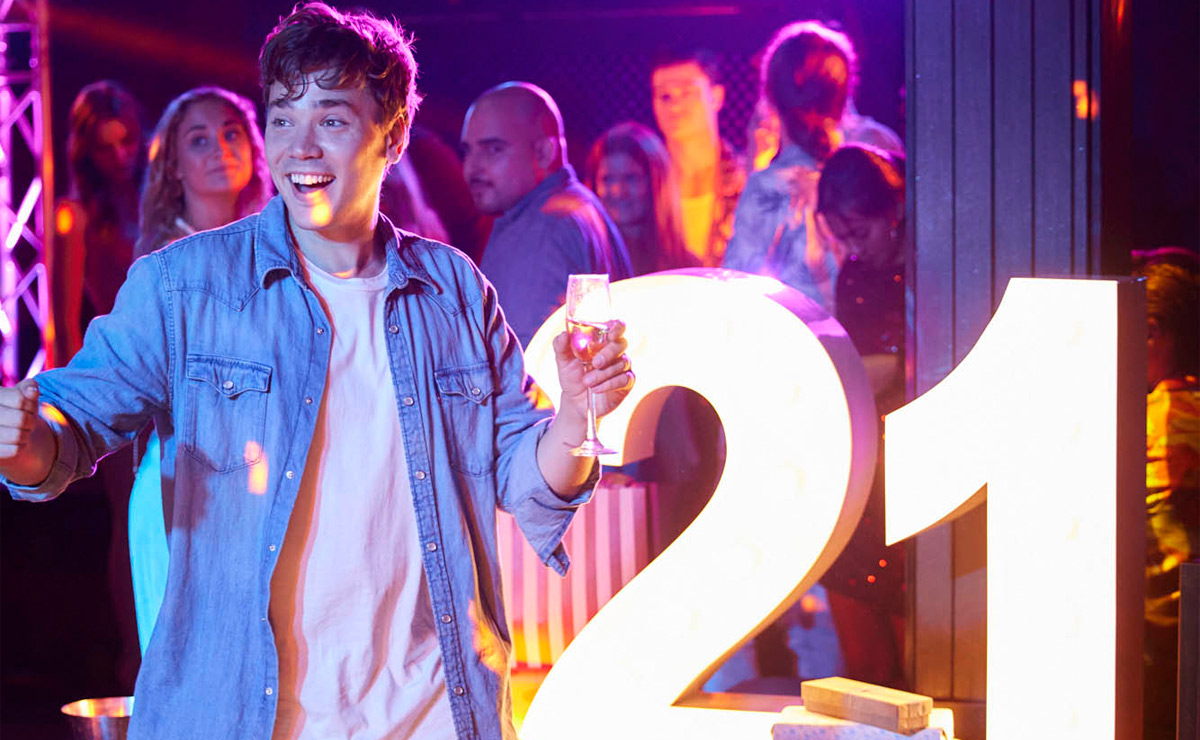 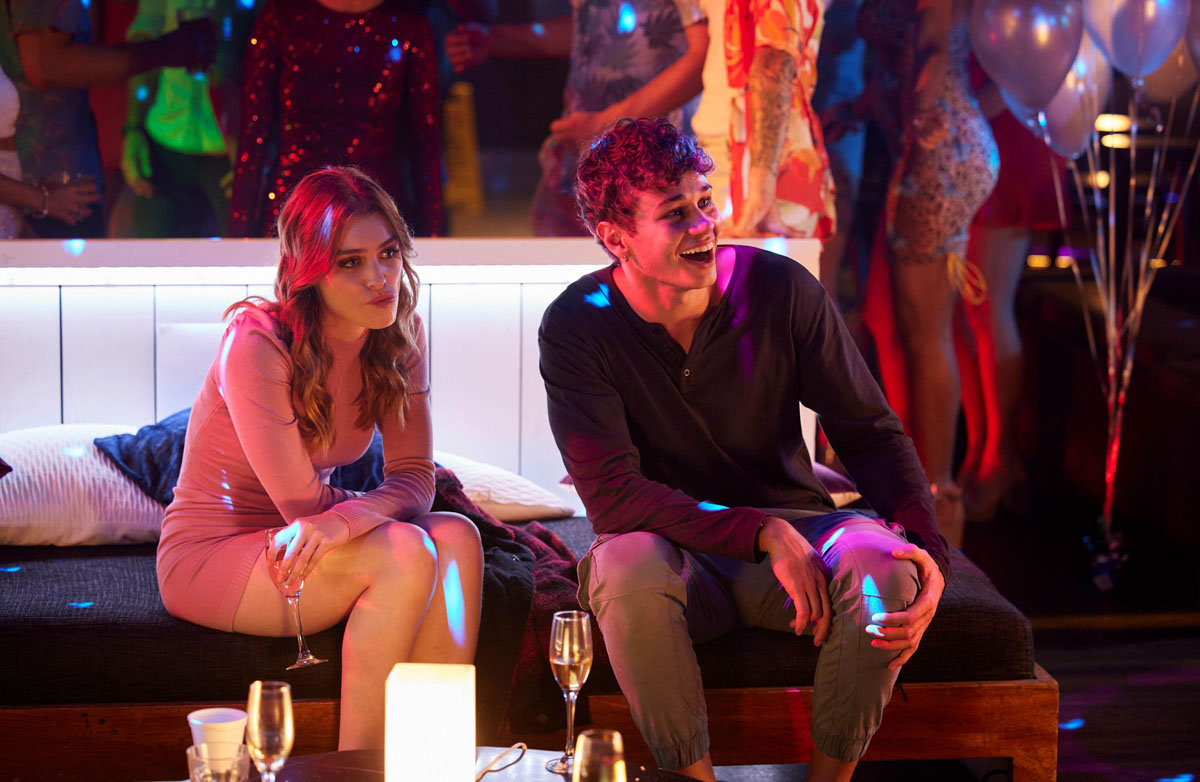 An upset Chloe knows exactly what Ryder is up to, and admits to Bella that it’s working. 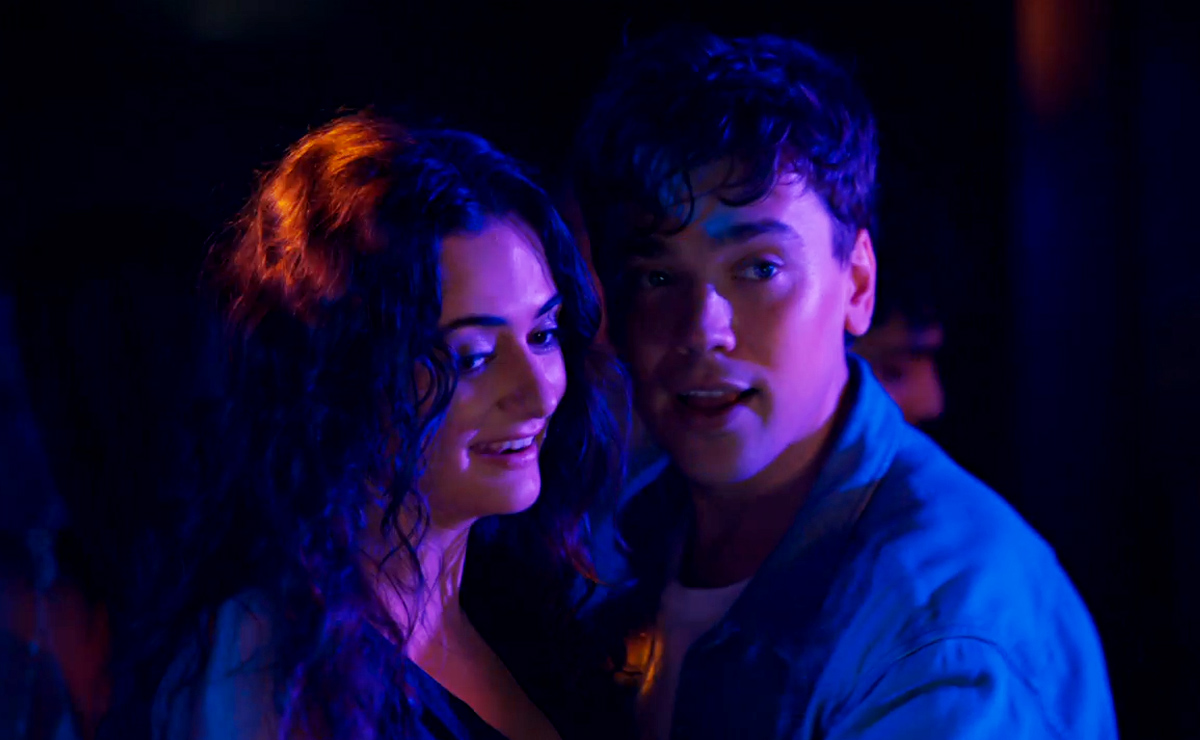 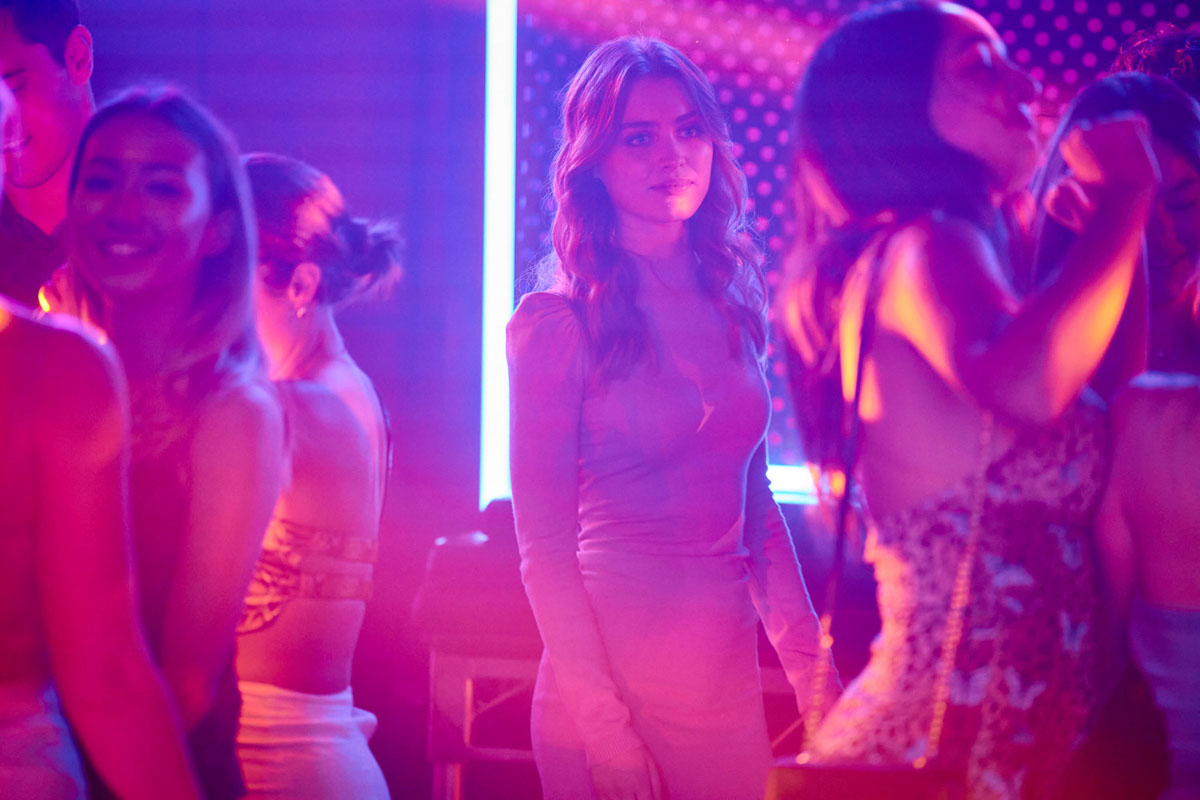 As Ryder’s behaviour worsens through the evening, Nik is forced to call Tane (Ethan Browne) to come and pick him up. Tane eventually manages to escort Ryder from the building, just in time to avoid him being forcibly removed by security. 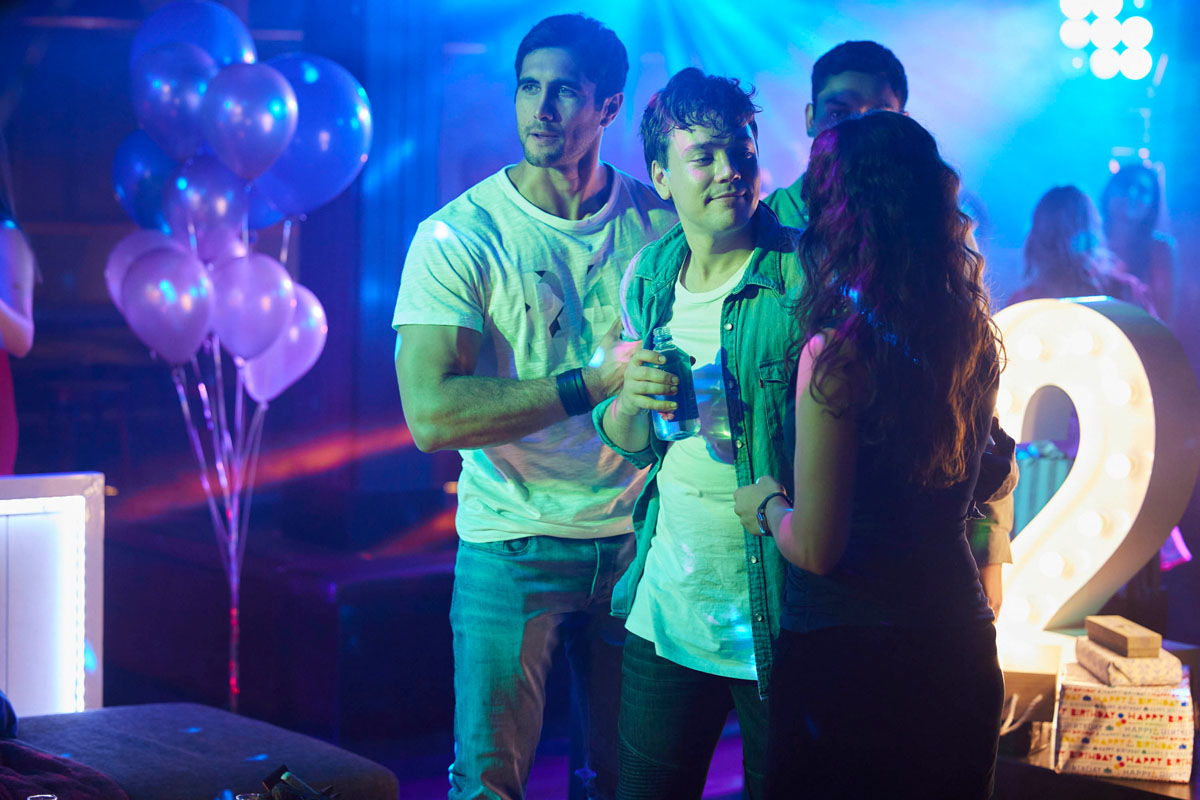 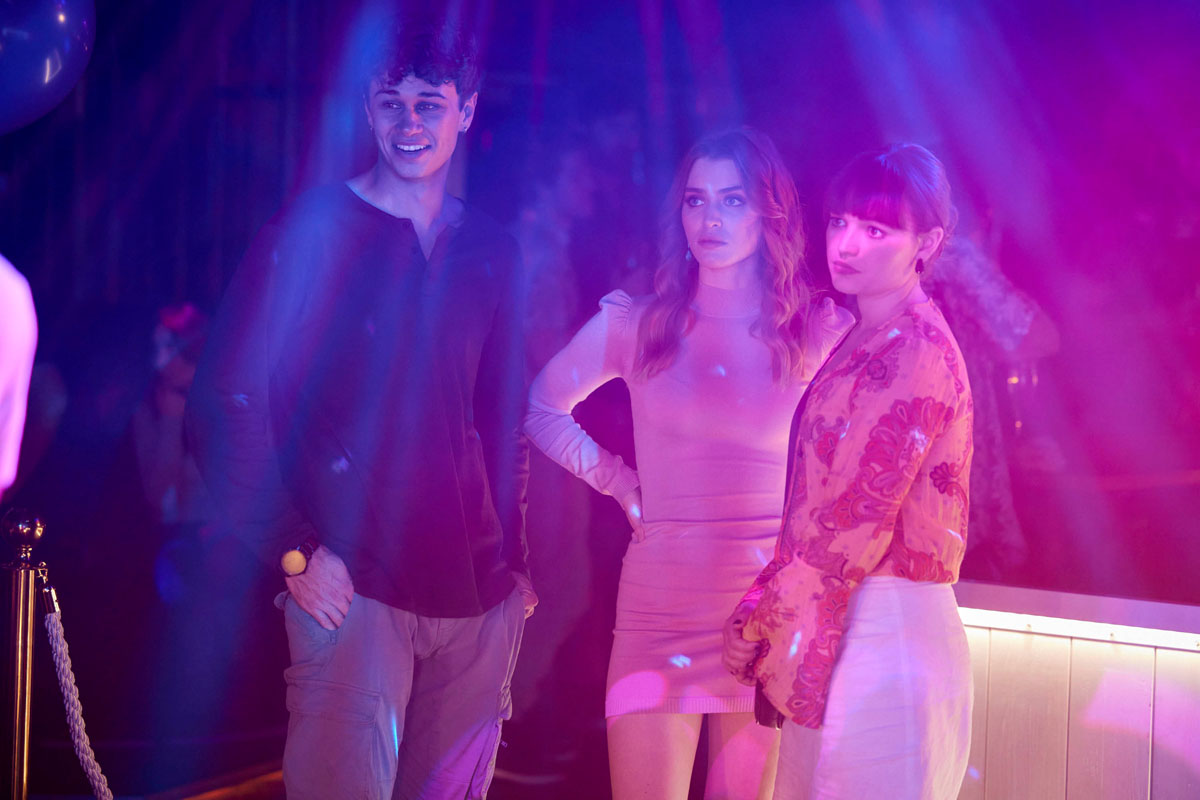 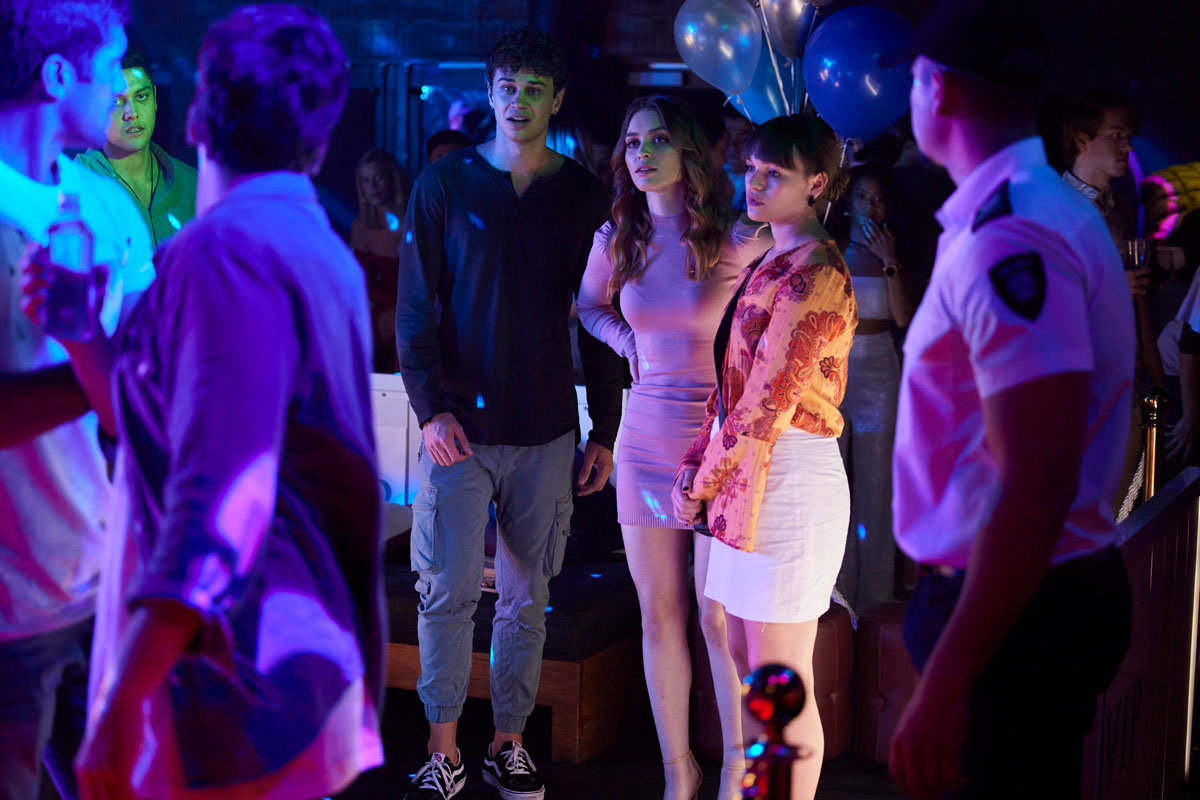 The next morning, a groggy Ryder wakes up on the Paratas’ couch, his first sight on his 21st birthday being an unimpressed Ari (Rob Kipa-Williams) watching over him… 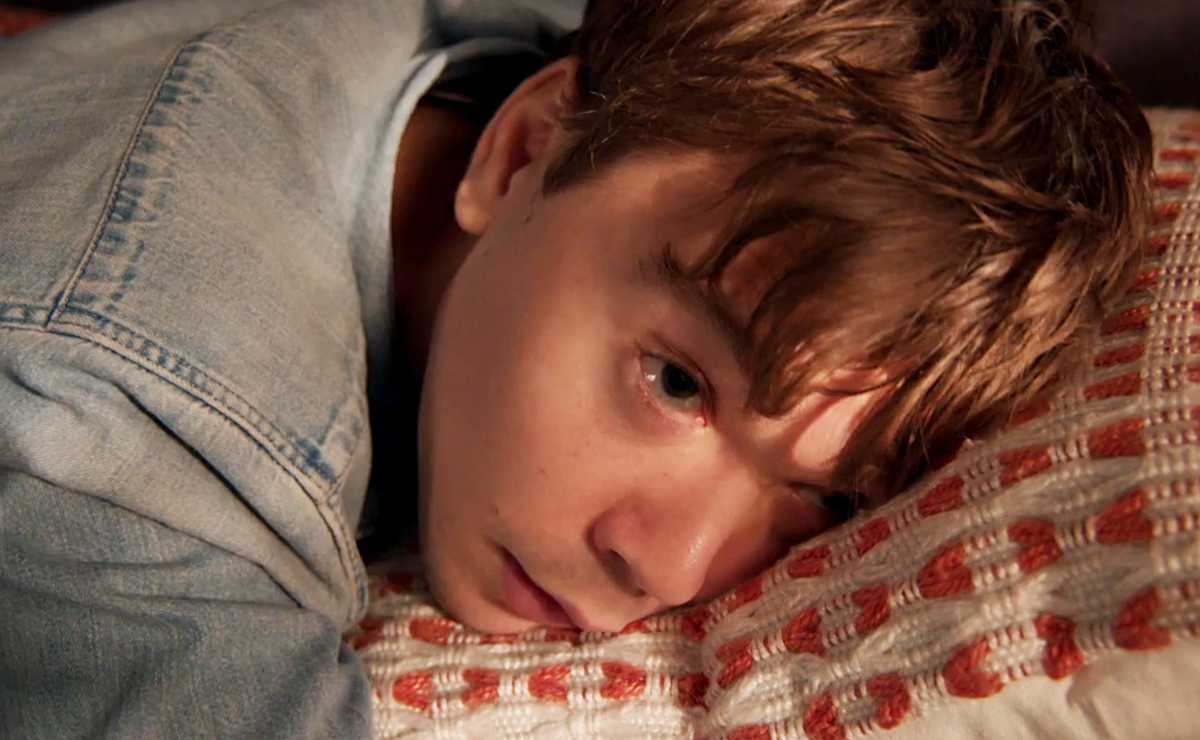 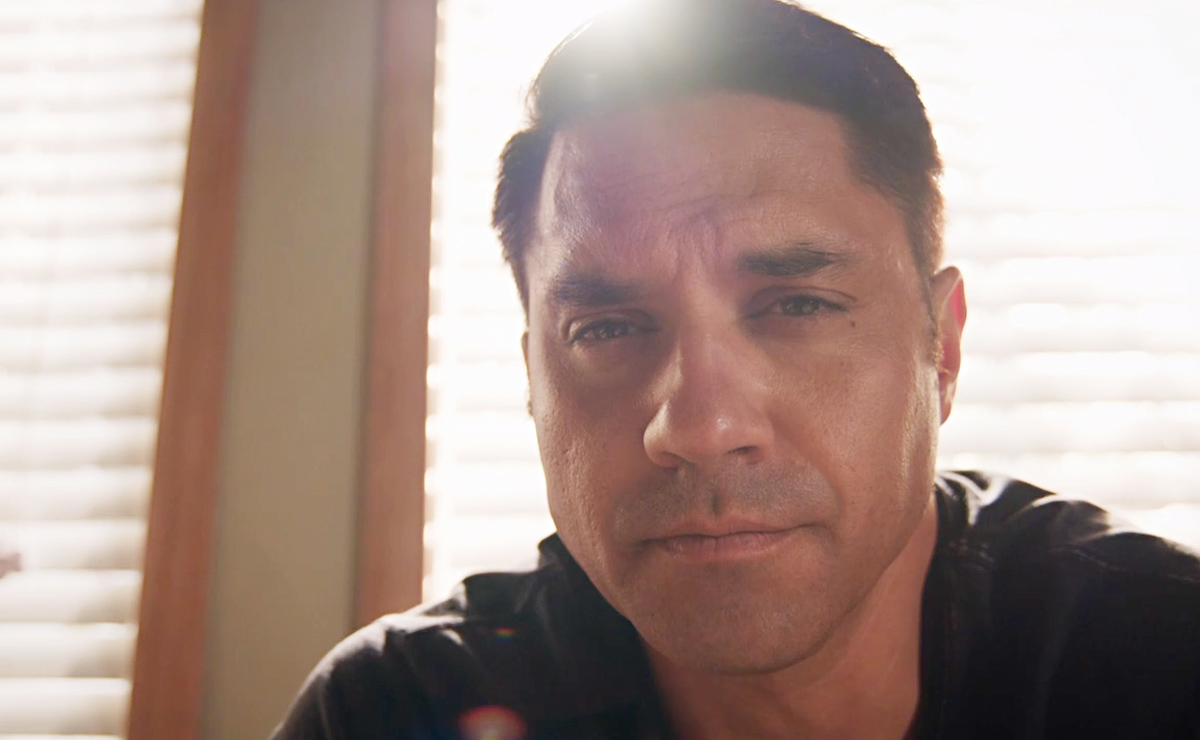 Ari asks what happened last night, and, as the events start to come back to him, Ryder asks what Chloe has said…

Knowing Chloe had booked a hotel room for the two of them, Ryder can’t help but wonder… did Chloe spend the night with Theo instead?!