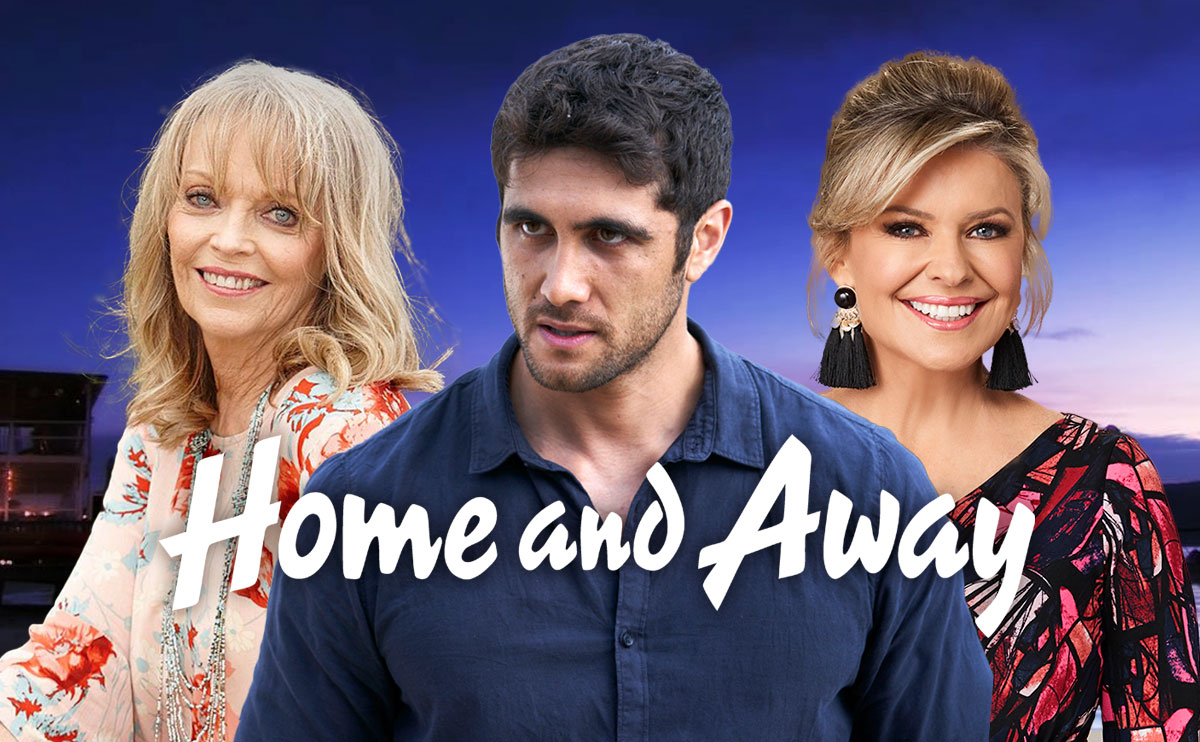 On this week’s Home and Away in Australia, multiple lives are on the line as Summer Bay reels from the dramatic events at Martha’s fundraiser. Will everyone make it to the end of the week? 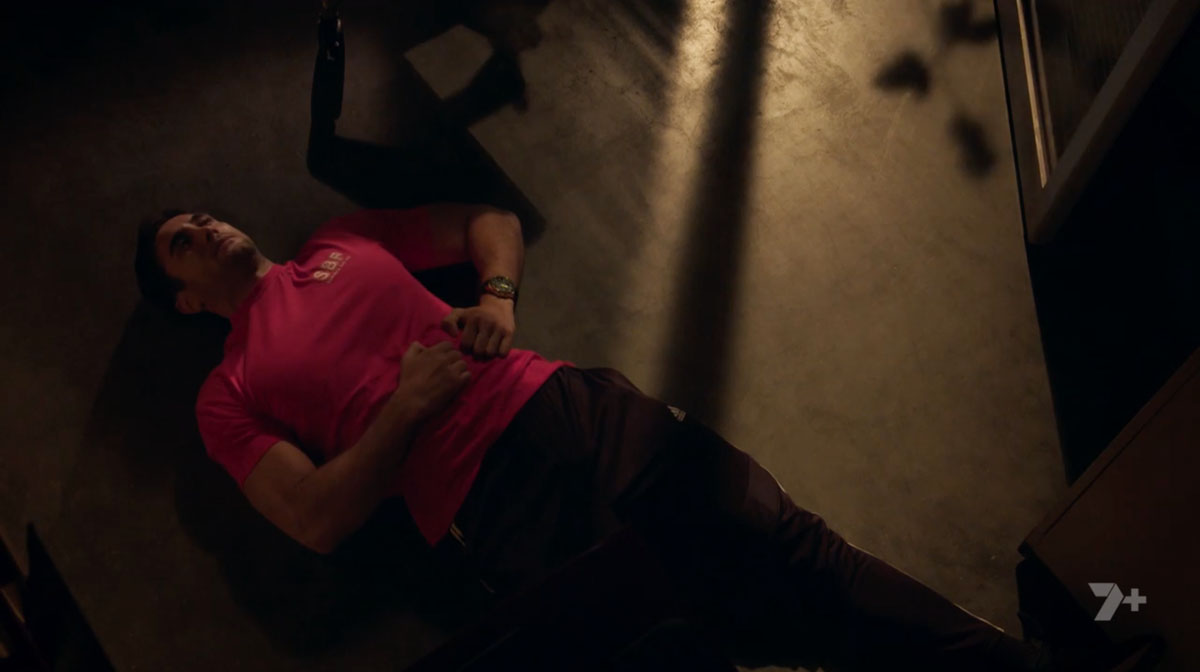 The weeks of planning that went into Martha’s (Belinda Giblin) charity fundraiser were massively overshadowed by the presence of a mysterious figure, who entered the Surf Club with one person on their mind – Tane Parata (Ethan Browne). 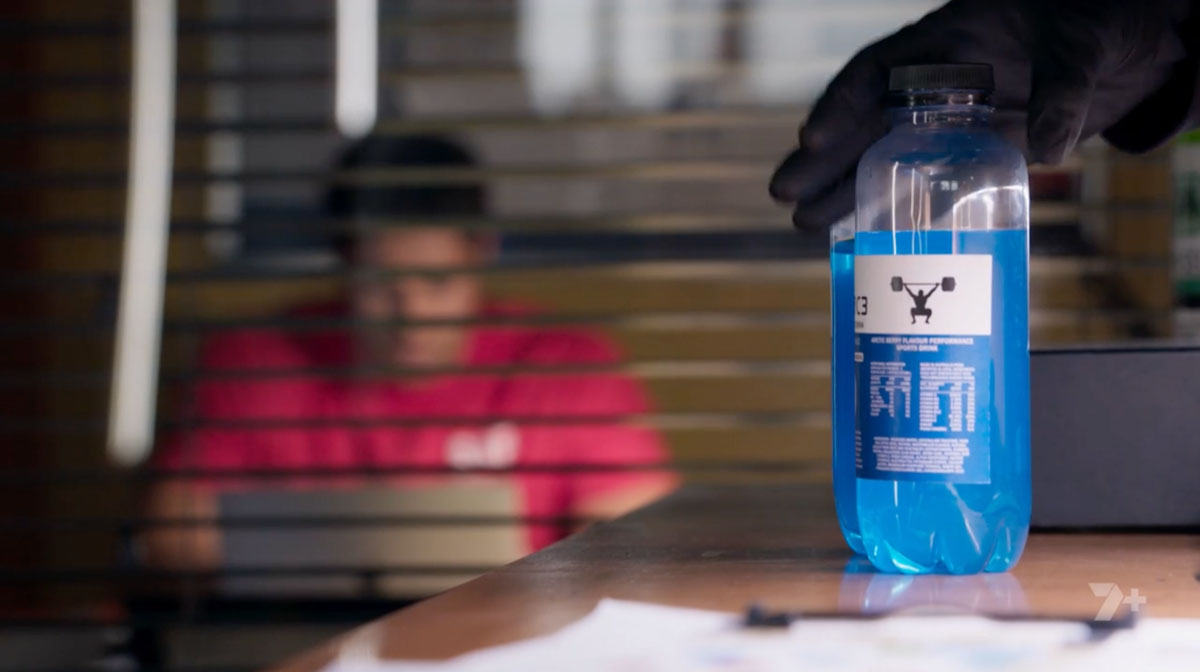 The figure – we can safely assume the same person who has been stalking poor Tane for weeks – swapped his sports drink with a compromised one.

As he stayed behind to lock up, he began to feel unwell, and collapsed to the ground soon after. 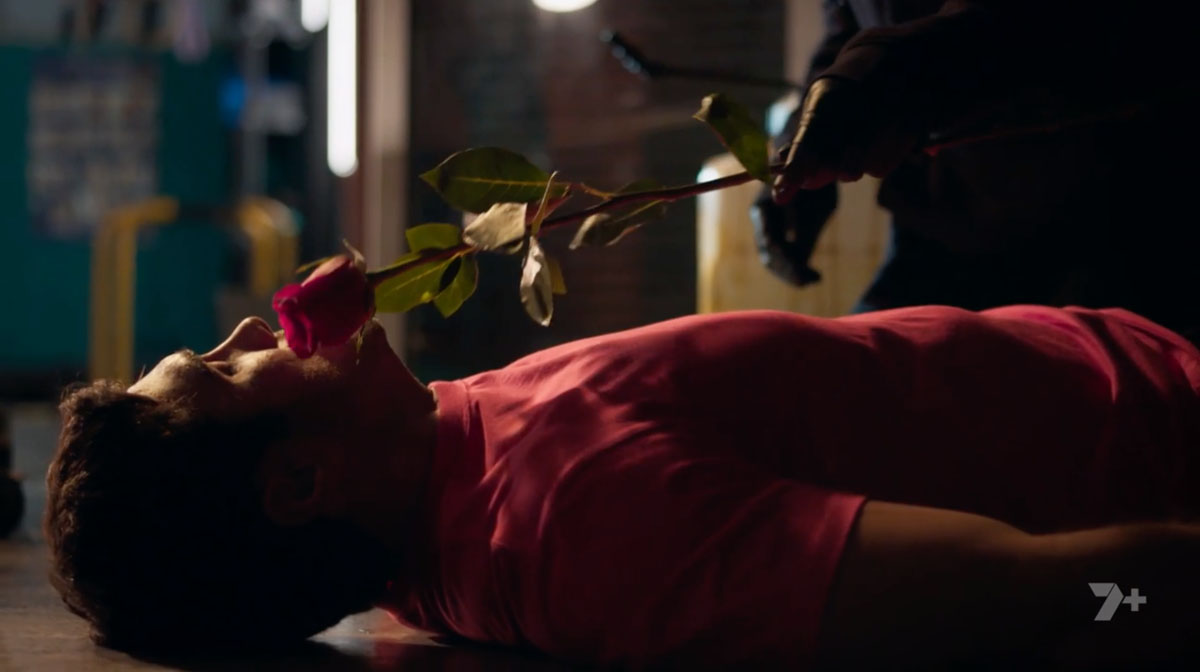 Then, the figure returned to place their hallmark single red rose on his chest, before beginning the next part of their plan.

This is where the rest of Summer Bay got caught up in the drama. The figure placed down a large canister of organophosphate, an incredibly toxic pesticide, and started releasing it into the gym! 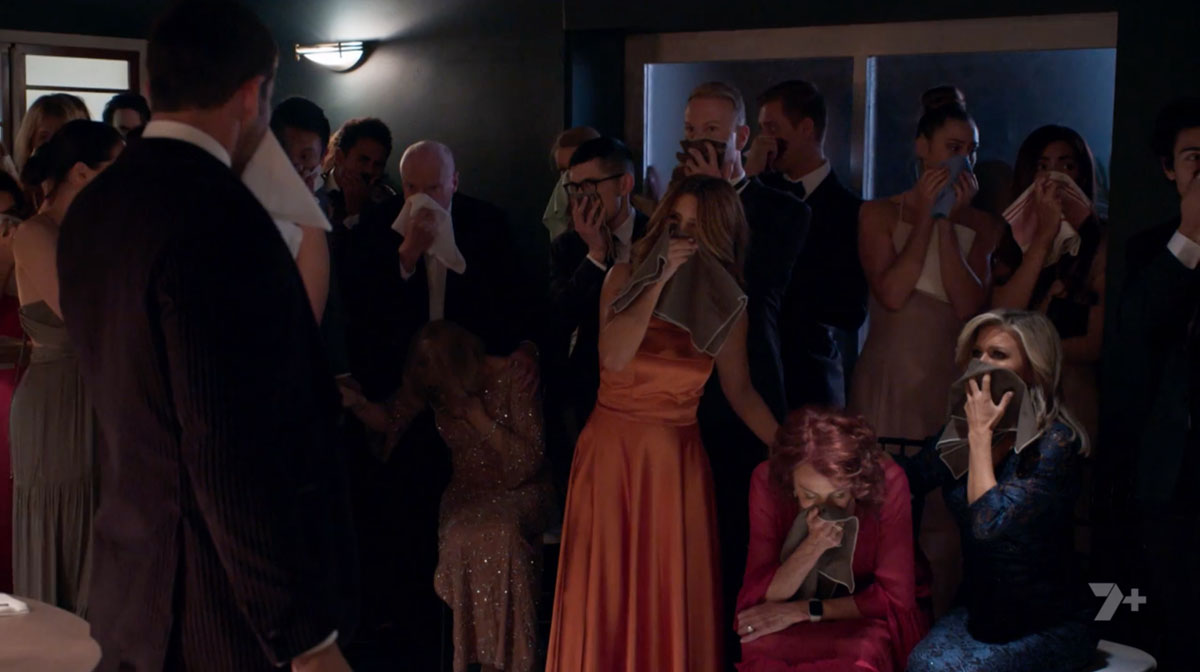 It seemed they were determined for Tane to get his comeuppance… for whatever it is he’s done.

Yet sadly for Martha and the loyal array of friends, family and fans who bought tickets to her dinner, the pesticide began working its way into the Surf Club’s air conditioning. Before long, it founds its way to the upper floor and spread throughout Salt via the ducts situated just meters above the diners. 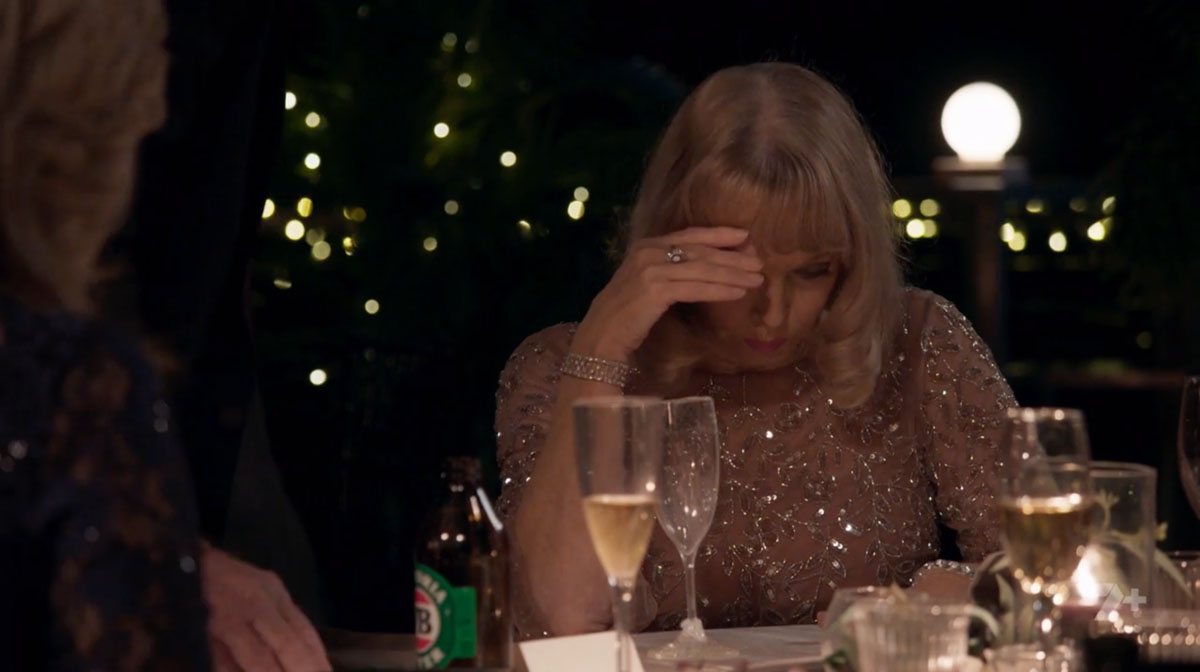 “This whole building needs to be quarantined, we’re in lockdown,” announced the new cop, as Home and Away came tantalisingly close to making a Covid-19 reference. 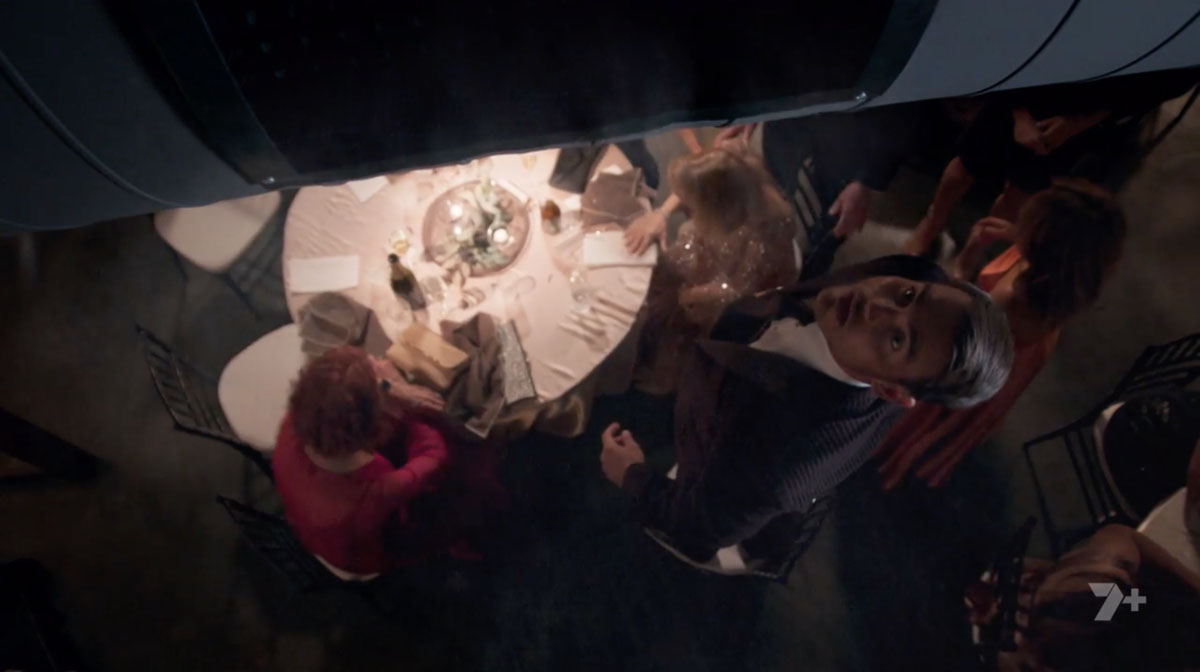 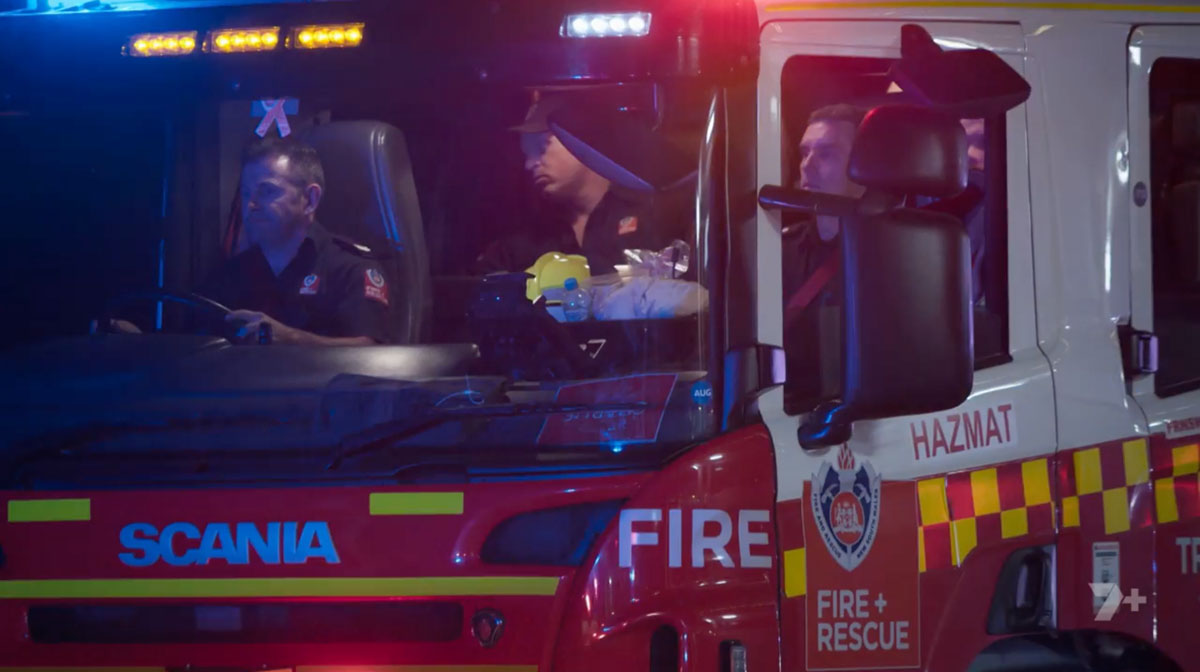 As organophosphate can quickly spread from person to person, Cash explained that he had no choice but to lock Salt down, sealing all the doors and windows to ensure nobody could escape.

While Roo (Georgie Parker), John (Shane Withington), Jasmine (Sam Frost), Justin (James Stewart) and Logan (Harley Bonner) were all safely in the fresh air, the rest of the guests were trapped inside with no way out until the HAZMAT team deemed the place safe. 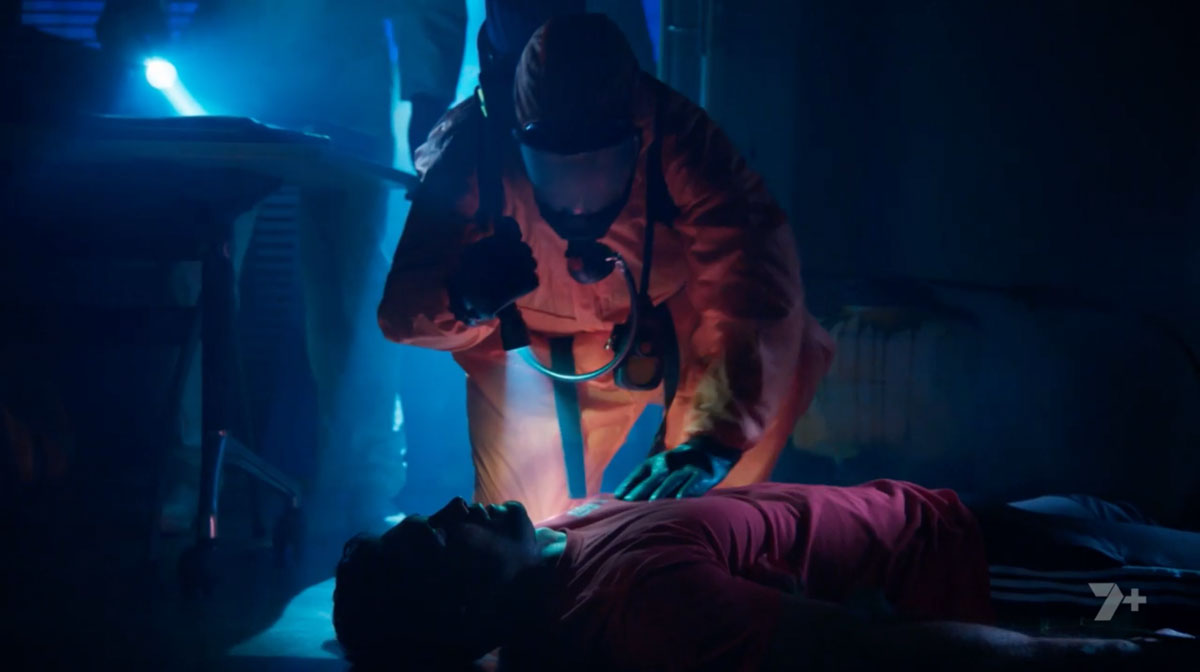 Finally, the team of experts found the source of the toxic gas, and stumbled upon an unconscious Tane while they were at it. As we left things at the end of last week, the young Parata brother was in a bad way in hospital, having already undergone an emergency tracheotomy en route.

As Cash crawled through the wards of Northern Districts Hospital, his head full of fears that Felicity (Jacqui Purvis) might have been behind this, he walked past Logan desperately performing chest compressions on Tane, while injecting him with adrenaline. 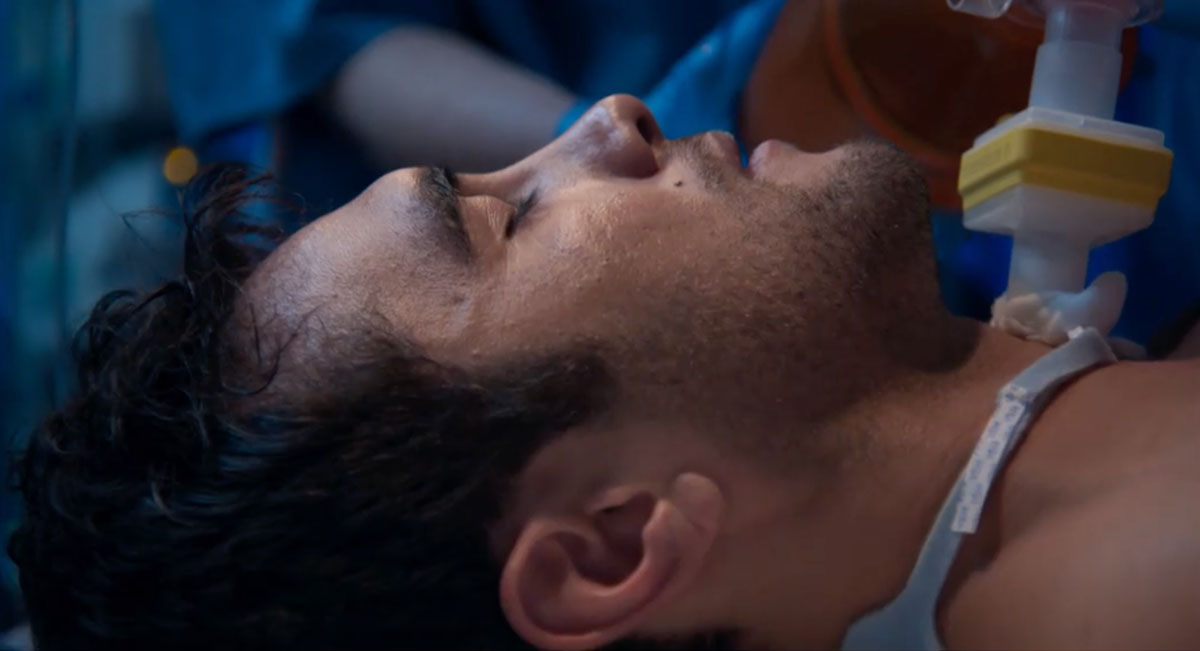 Returning to the drama on Monday night, Tane is still in serious danger. 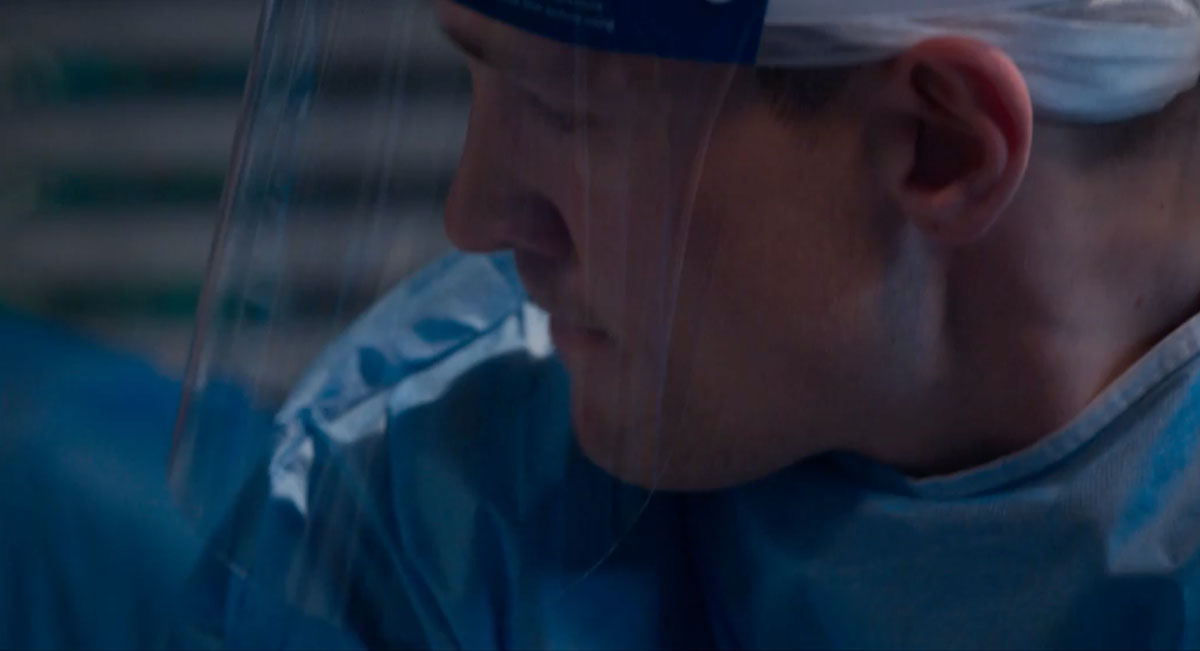 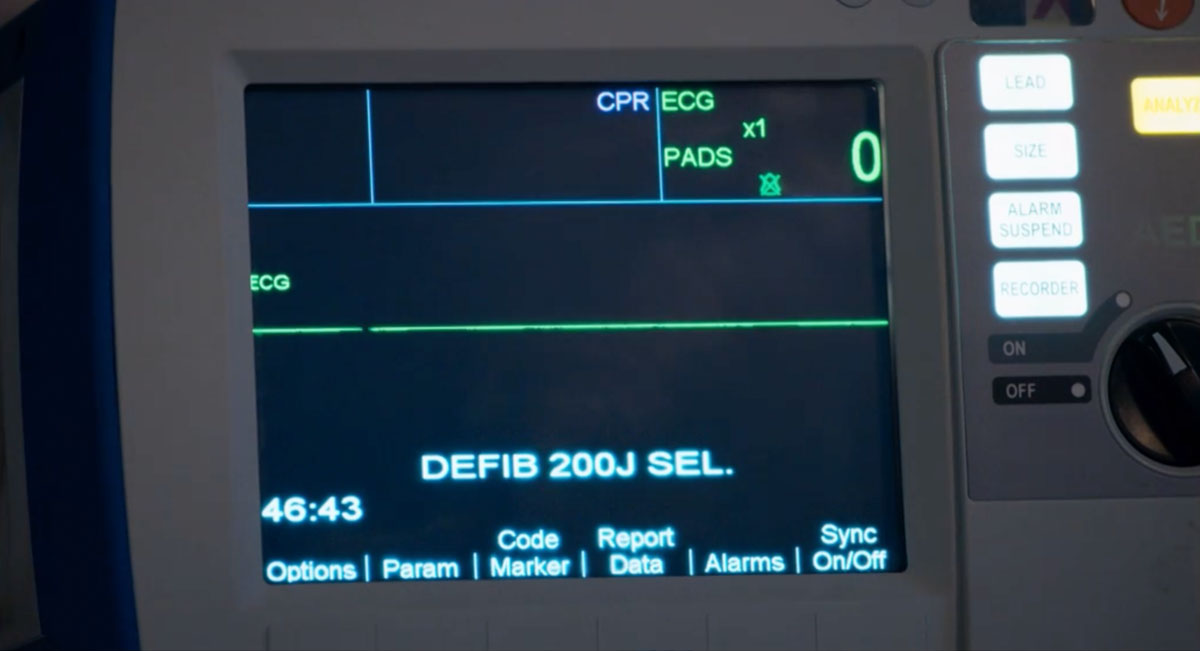 Logan keeps performing compressions, but Tane is flatlining – he has no pulse whatsoever, and as time goes on, his chances are slipping away.

Determined not to give up, Logan performs compression after compression, but it just isn’t working. 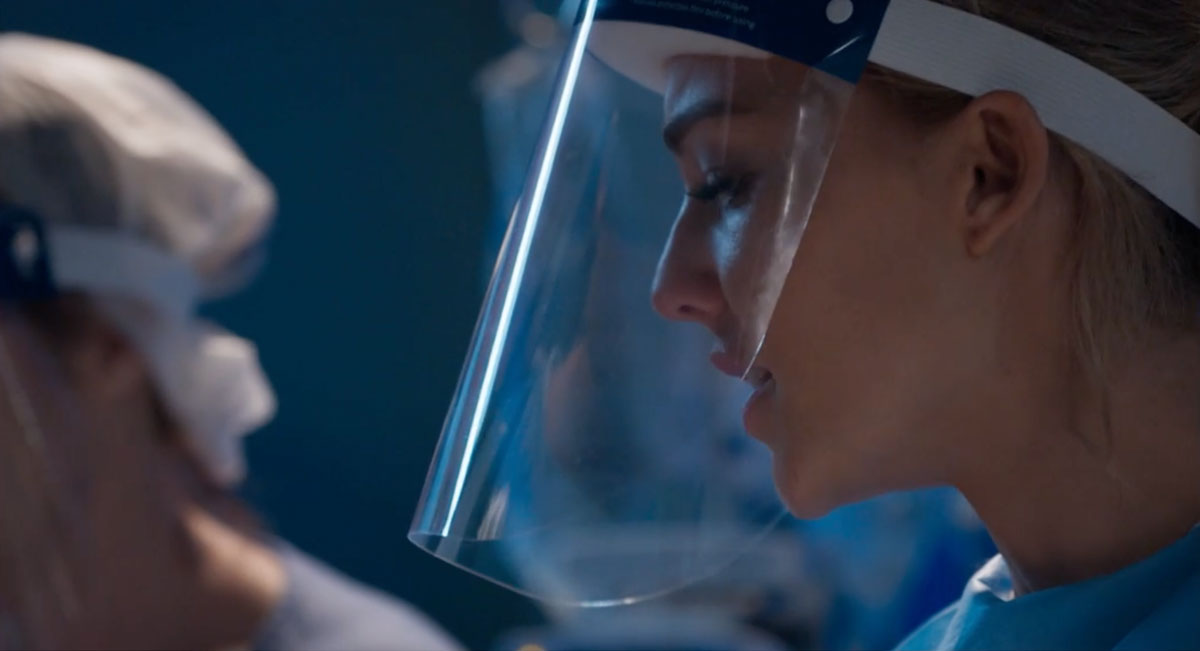 “It’s been too long,” Jasmine tells him. “Logan, you need to call it.” 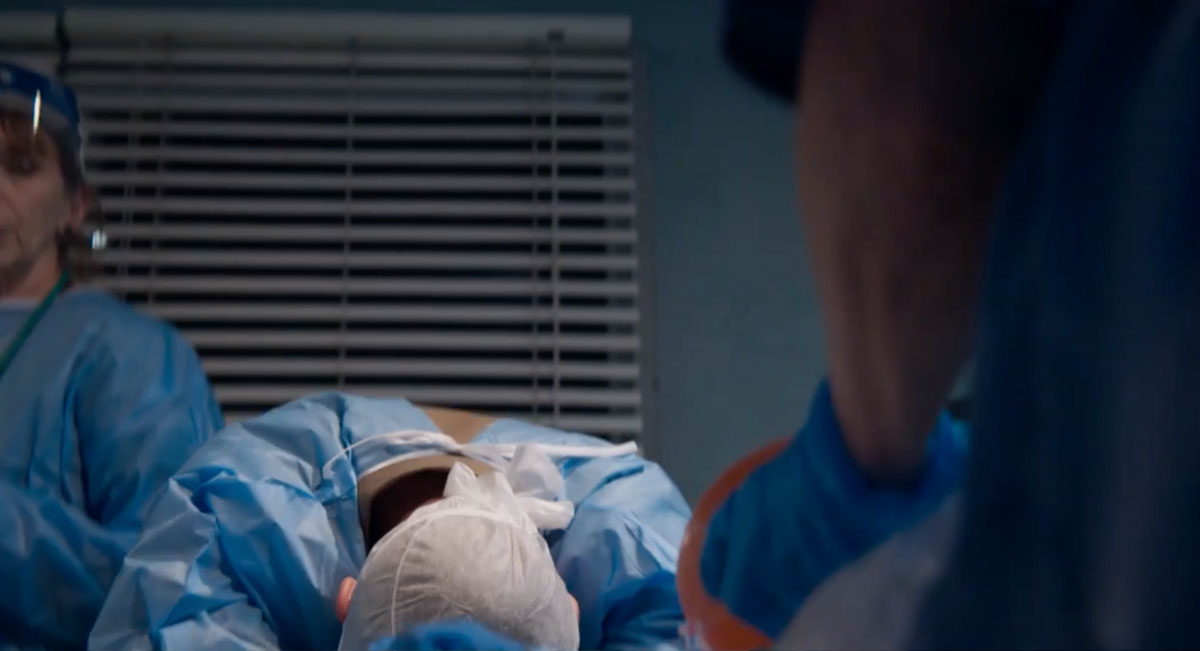 The exhausted doc lays his head in his hands as he steps back distraught. Is this really the end for Tane Parata?

Thankfully, we know Logan by now, and he doesn’t go down without a fight. TV Week reports that he carries on with the CPR even after Jasmine thinks it’s a lost cause, and eventually gets a faint heartbeat. Tane is alive!

When they run a toxicology report, they soon discover that he’s got sedatives in his blood stream. It now makes sense why he was so hard to resuscitate, but faced with the prospect that someone made two simultaneous attempts to end Tane’s life, Cash realises he’s dealing with a seriously messed up individual. 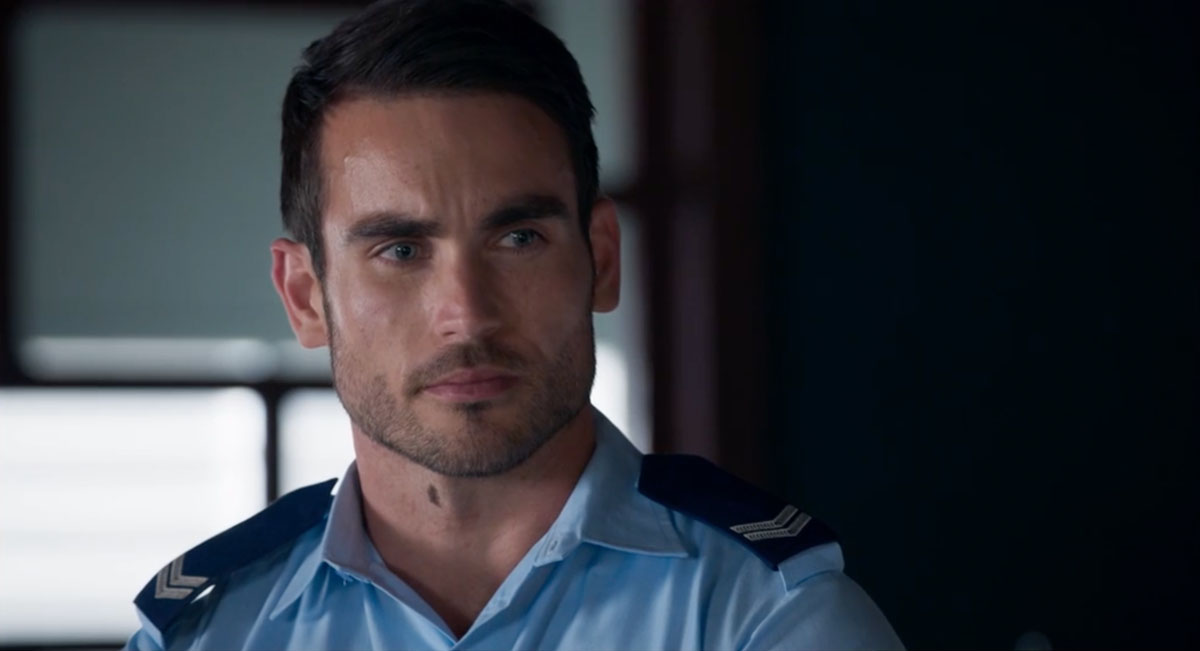 “Cash is worried about Tane,” Nicholas explained in the latest edition of TV Week. “No matter what has happened between Tane and Felicity, no-one deserves this.” 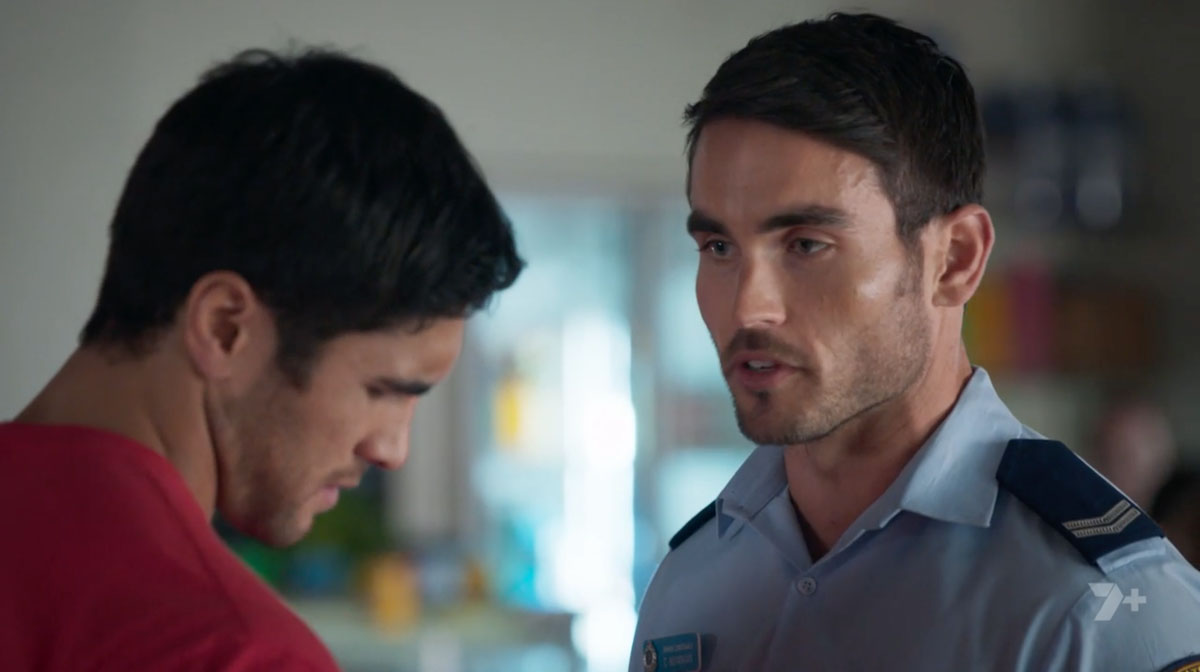 Yet could his sister be to blame? While Cash was initially on Felicity’s side, even serving Tane with an AVO (Apprehended Violence Order) last week to protect her, he now realises that she may not be as innocent as she made out. 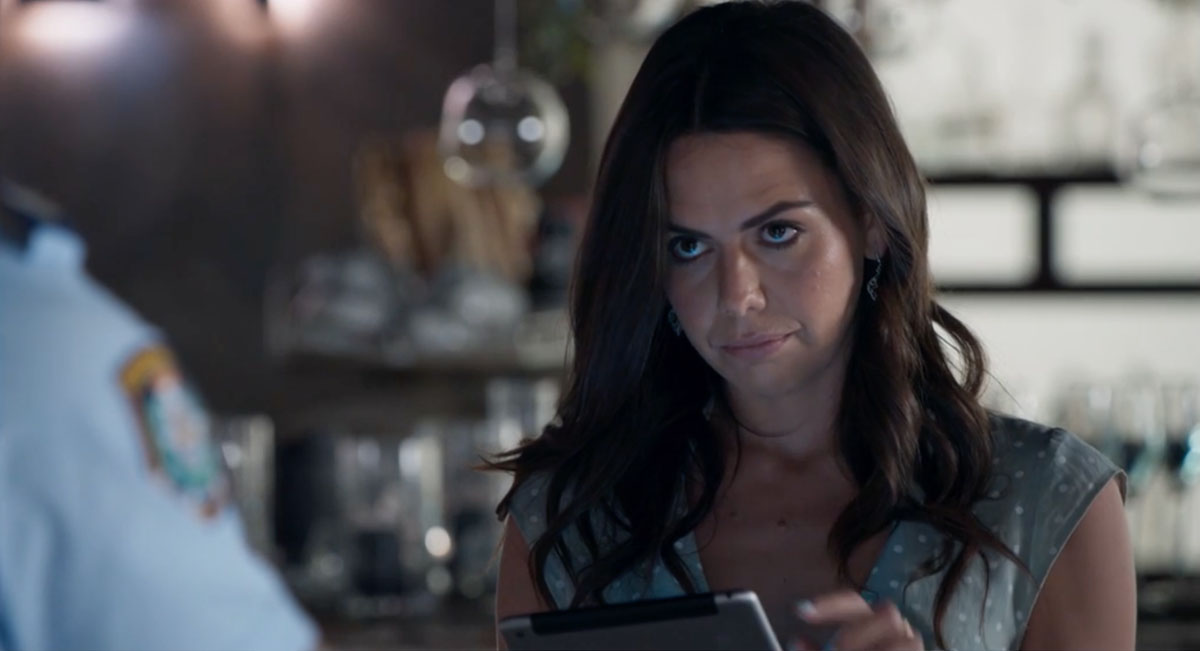 He certainly isn’t the only one to suspect Flick. When he speaks to Mackenzie (Emily Weir) back at the scene of the crime, she sarcastically hints that it “must have been someone who had a problem with him. Recently, too…”

There’s only one person that could be. 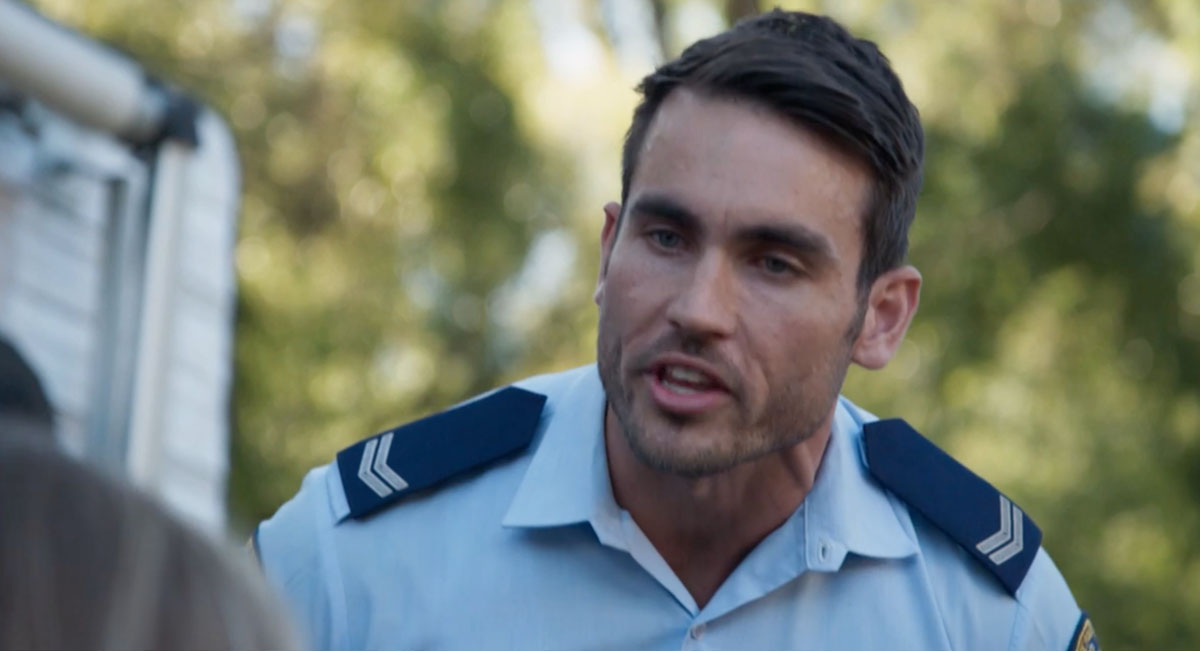 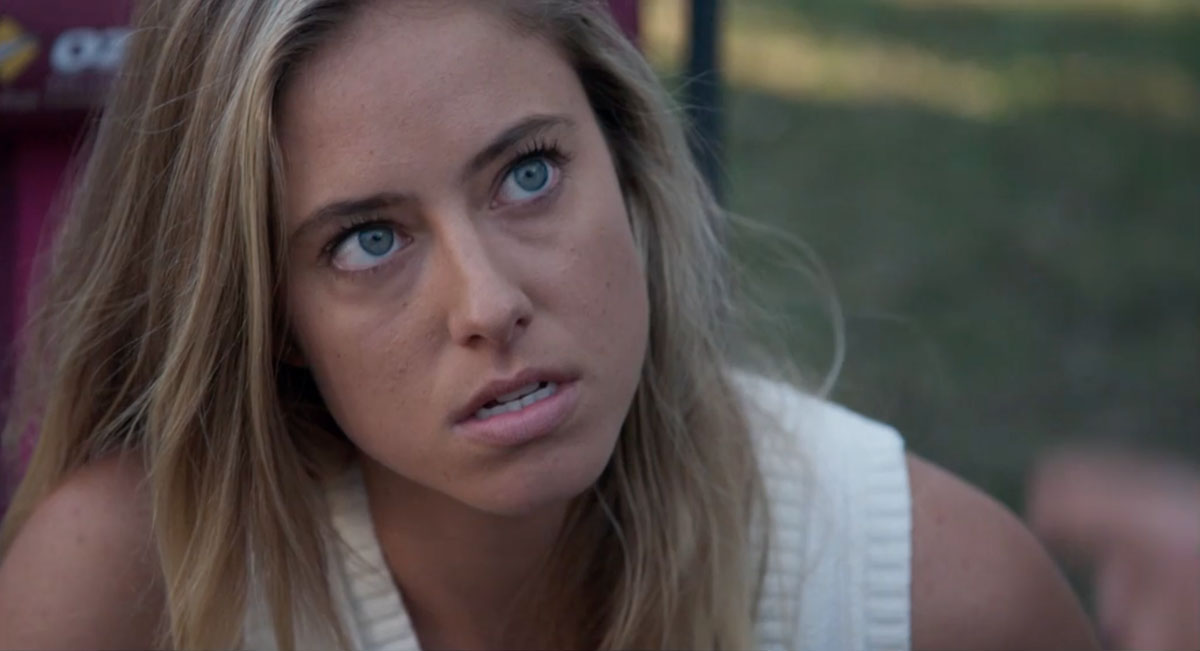 Finally, he confronts his sister outright.

He warns her that he won’t be the only cop asking questions, so advises her that “you need to get your story straight.” 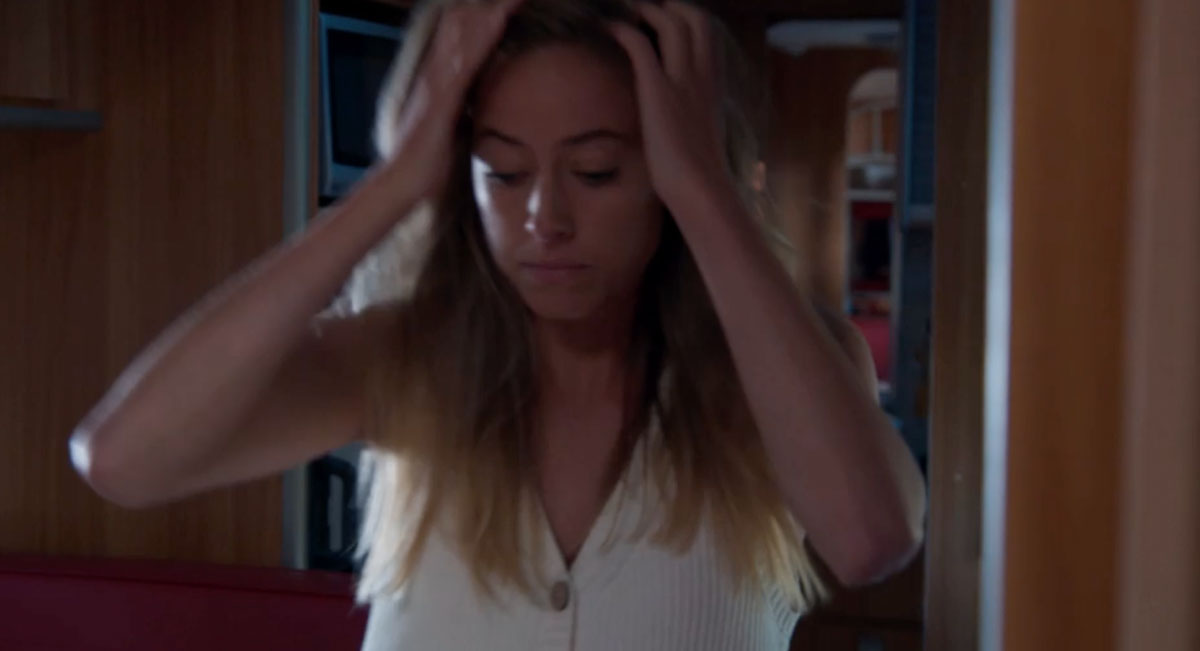 Would she really stoop so low? And, if it wasn’t her, just how can she convince the cops that she’s innocent? As she paces her caravan with her hands clutching her head, she realises that things don’t look good.

Yet Tane isn’t the only one whose life is on the line this week. 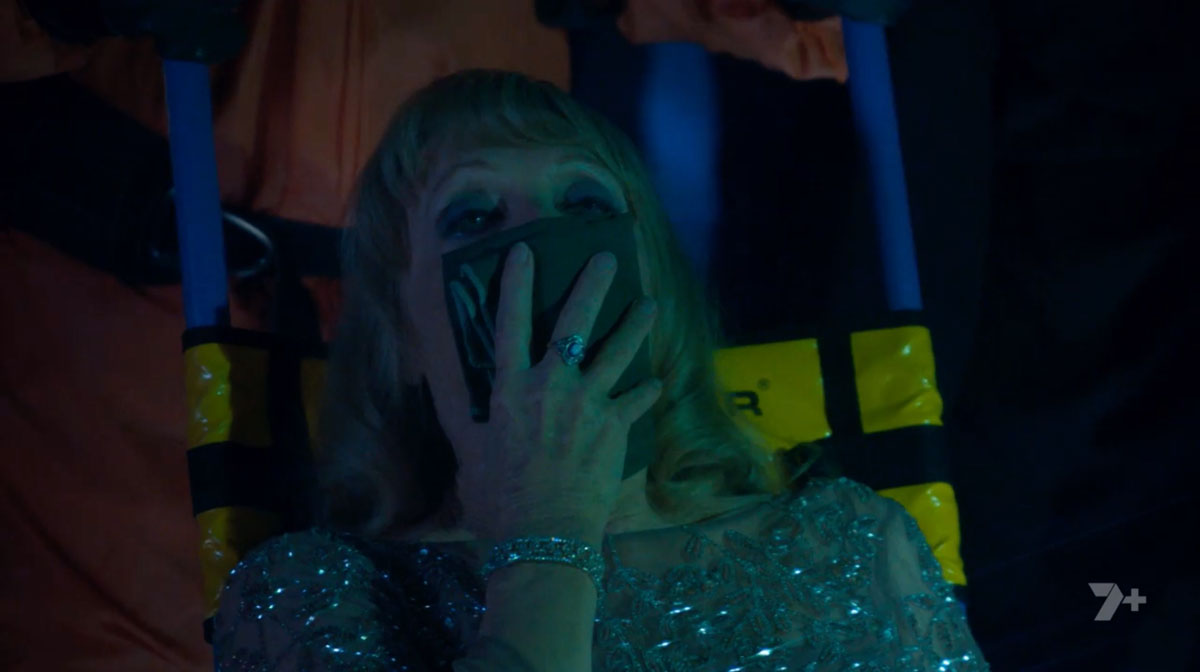 Martha was the first to feel the effects of the toxin, initially feeling light headed then almost passing out. Alf (Ray Meagher) and Roo have an anxious wait as they deal with the devastating idea that Martha may not wake up.

Alf refuses to leave his wife’s side, just hoping for the best. But will hope be enough? 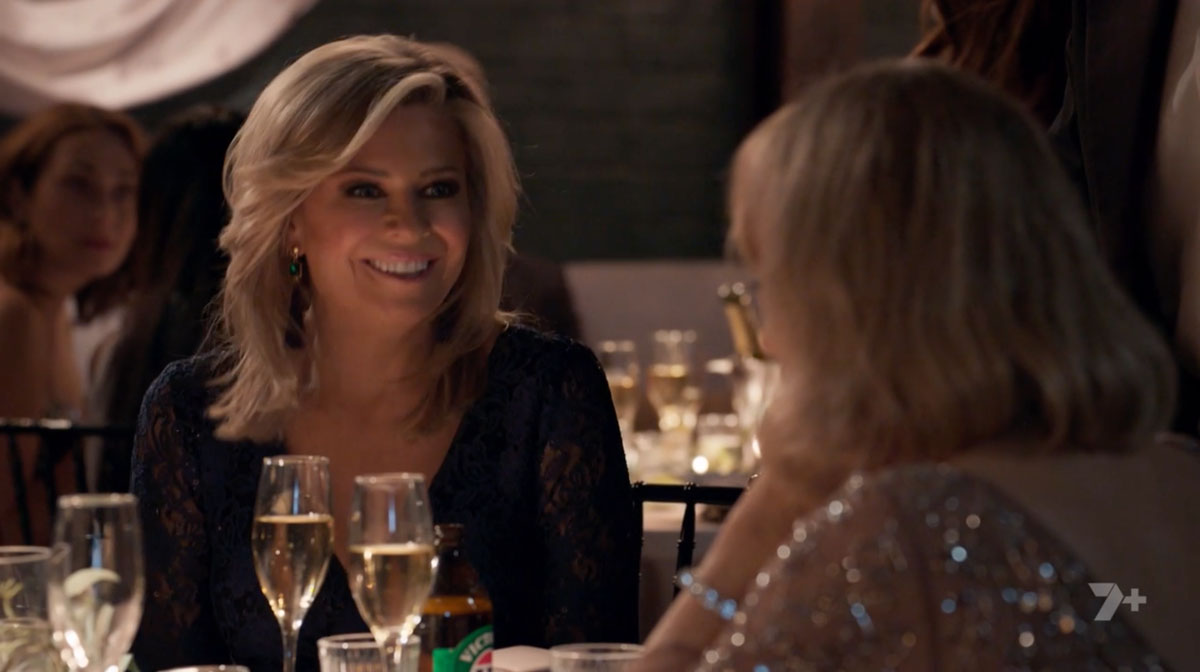 And then there’s Marilyn (Emily Simons). She’s dealt with a lot over the years, and seemed to escape the drama at Salt without any major damage. Yet later in the week, as she heads home from a perfectly normal shift at the Diner, she collapses!

She’s rushed to hospital, where she joins the many others still suffering from the effects of the gas. There, the doctors realise that her organs are shutting down, and placing her in an induced coma is their only option.

It’s set to be an eventful week in Summer Bay. Will everyone make it out alive?

Triple episodes are back! Last week, Aussie viewers saw just one (very dramatic) episode on Thursday, but this week the usual triple-bill returns.

UK viewers will see the dramatic attack as the final episode of the year in late November, before the show takes its annual winter break. It means fans will have to wait until 2022 to see who makes it through!