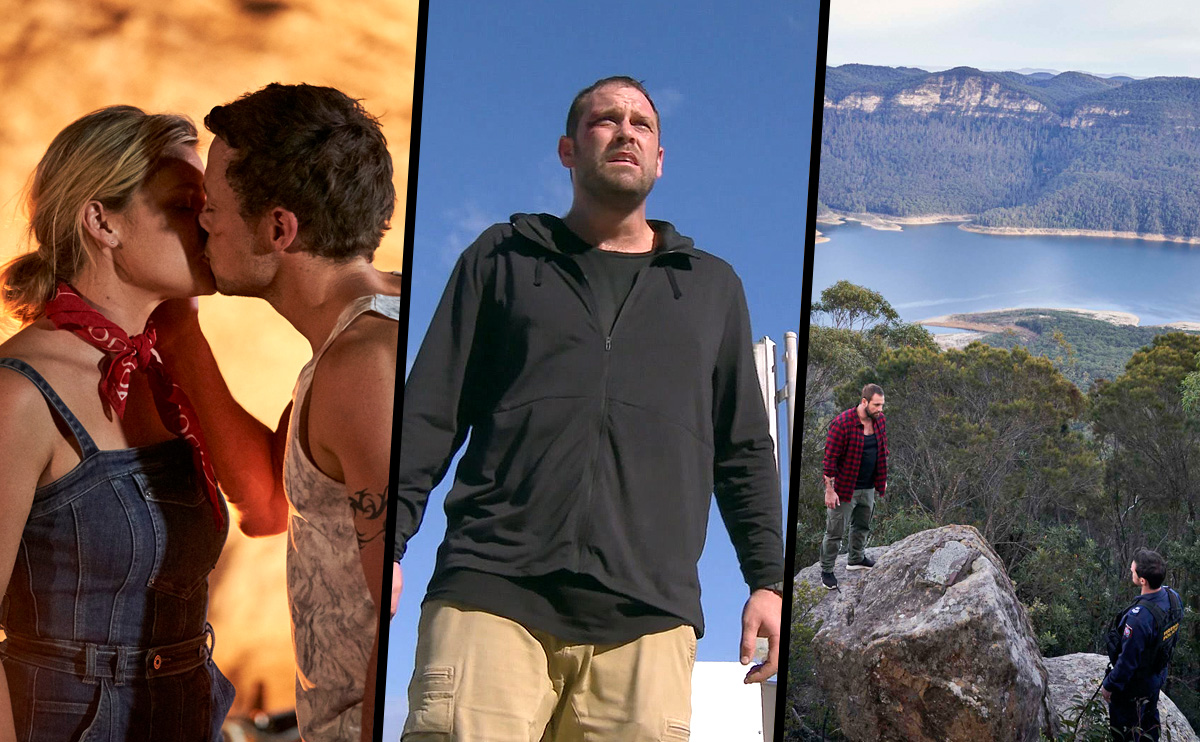 The Australian Directors’ Guild have this week announced the final nominees for the 2020 ADG awards, with three directors receiving nominations for Home and Away episodes.

Directors Arnie Custo, Danny Raco, and David Gould are all nominated for the Best Direction in a TV or SVOD Drama Serial category.

The prestigious awards, held annually, recognise outstanding achievement by Australian screen directors over all genres—including but not limited to television, film, commercials, animation and interactive media.

“At these challenging times, it is more important than ever that we come together as a creative community to celebrate our achievements of the past year. Australian directors are creating fine work across all forms and genres and these nominations reflect the depth of talent in this country,” said ADG Executive Director Diana Burnett in a media statement.

The Home and Away nominations are as follows: 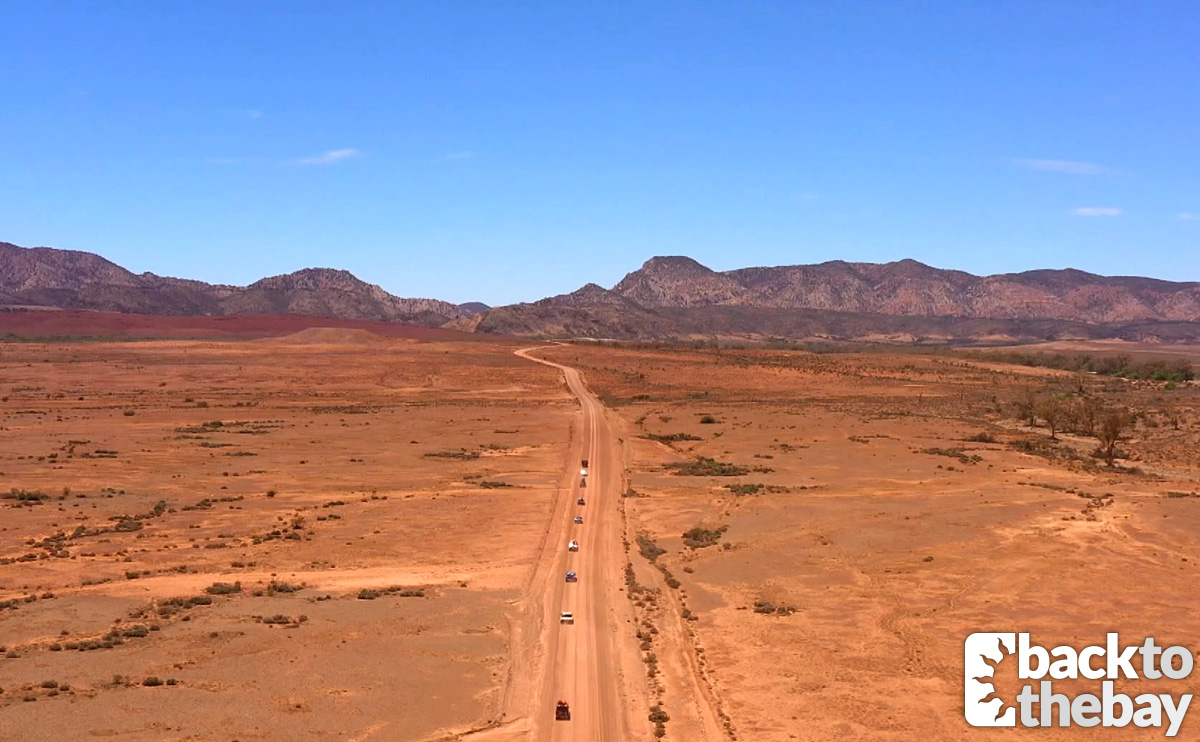 This episode saw Ziggy Astoni (Sophie Dillman) and Dean Thompson (Patrick O’Connor) partake in a car rally through the Flinders Ranges in South Australia. Having arrived in the town of Parachilna in the previous episode, they were shocked to find Bella Nixon (Courtney Miller) had stowed away in the boot of the car.

Having objected to the idea of Ziggy and Dean being alone together—in her eyes Dean was meant to be with Willow—Bella had hoped they would be forced to return her to Summer Bay, but they instead called her brother Colby (Tim Franklin) to come and collect her. 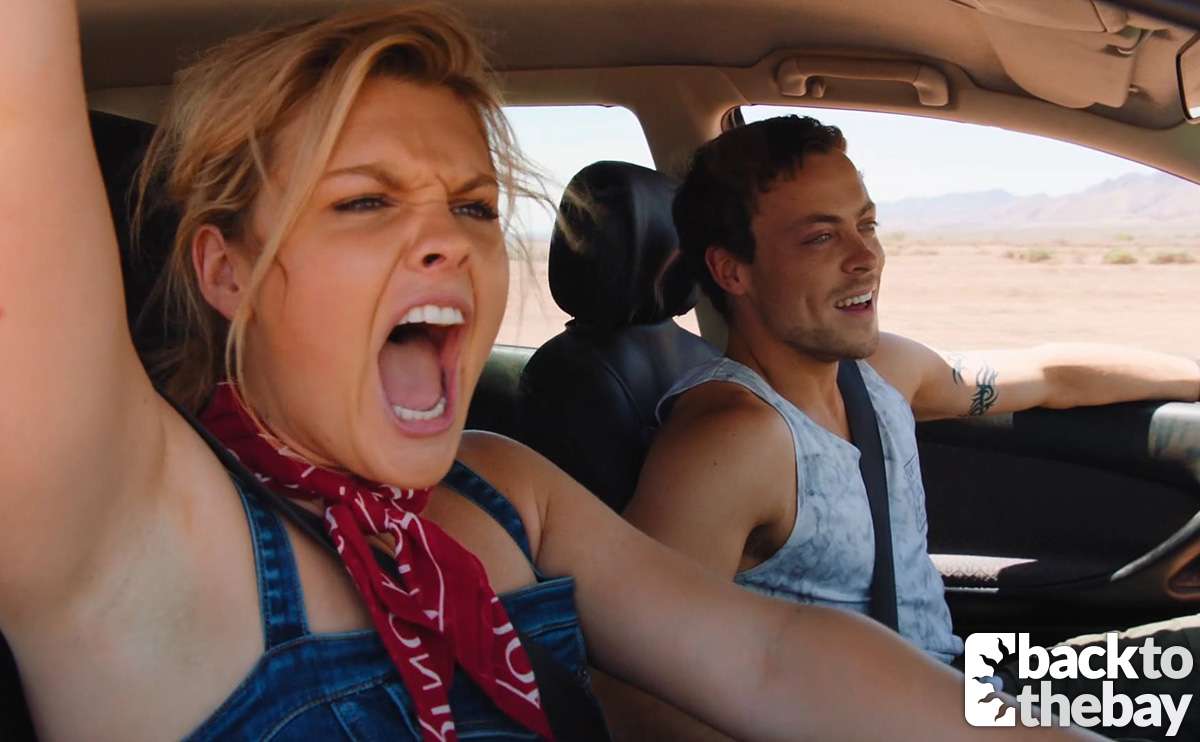 As Ziggy and Dean set off on their adventure through the outback, Colby spent the episode trying to get through to Bella, who felt that their family was being ripped apart. 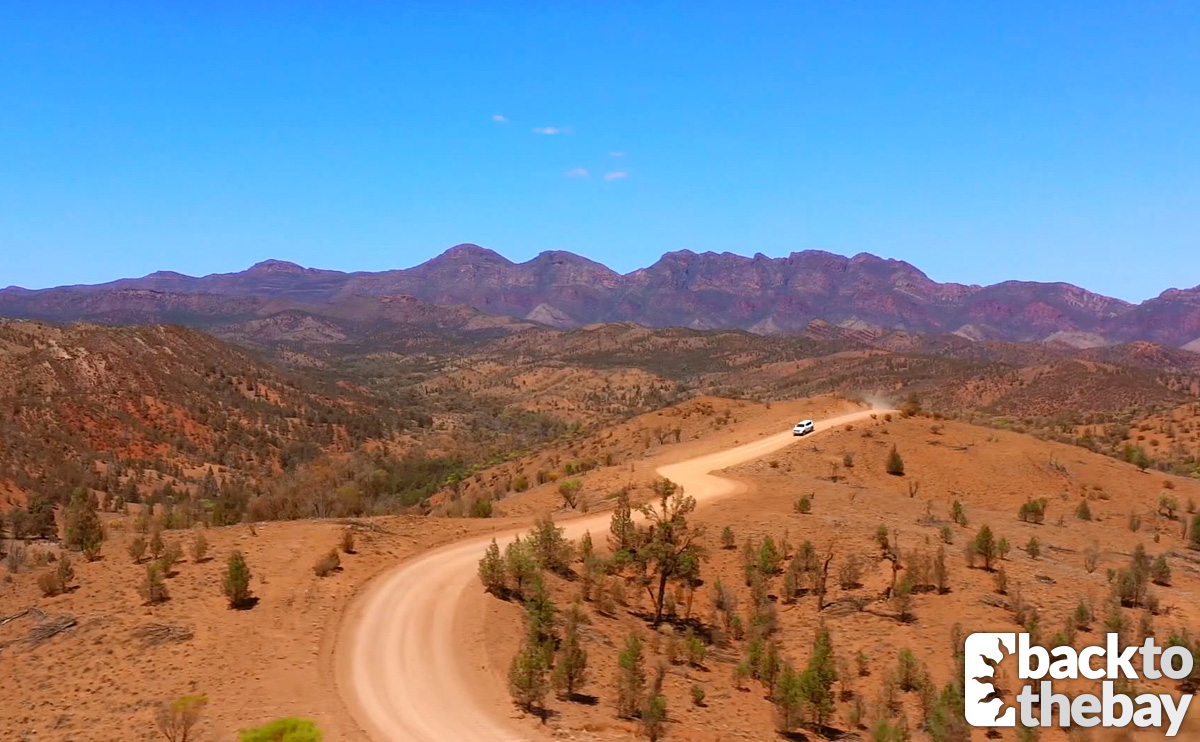 The episode ended with Bella threatening to walk into a local police station and tell them that Colby had murdered her father, Ross. 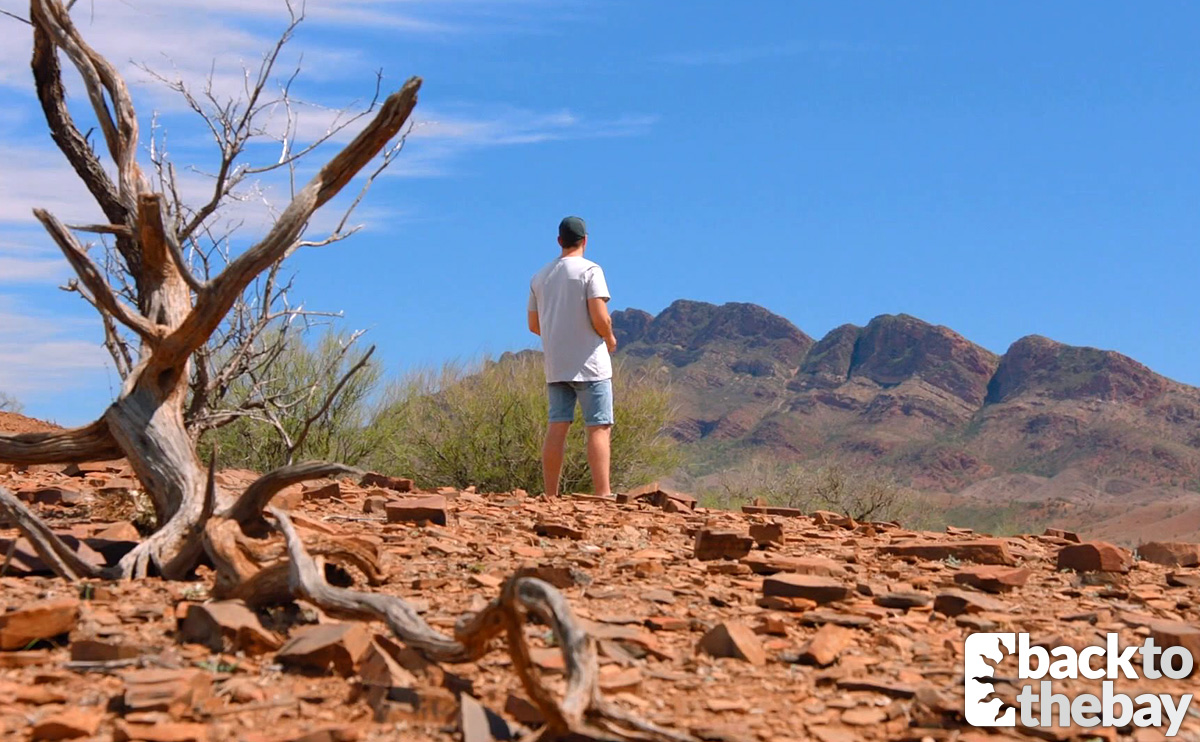 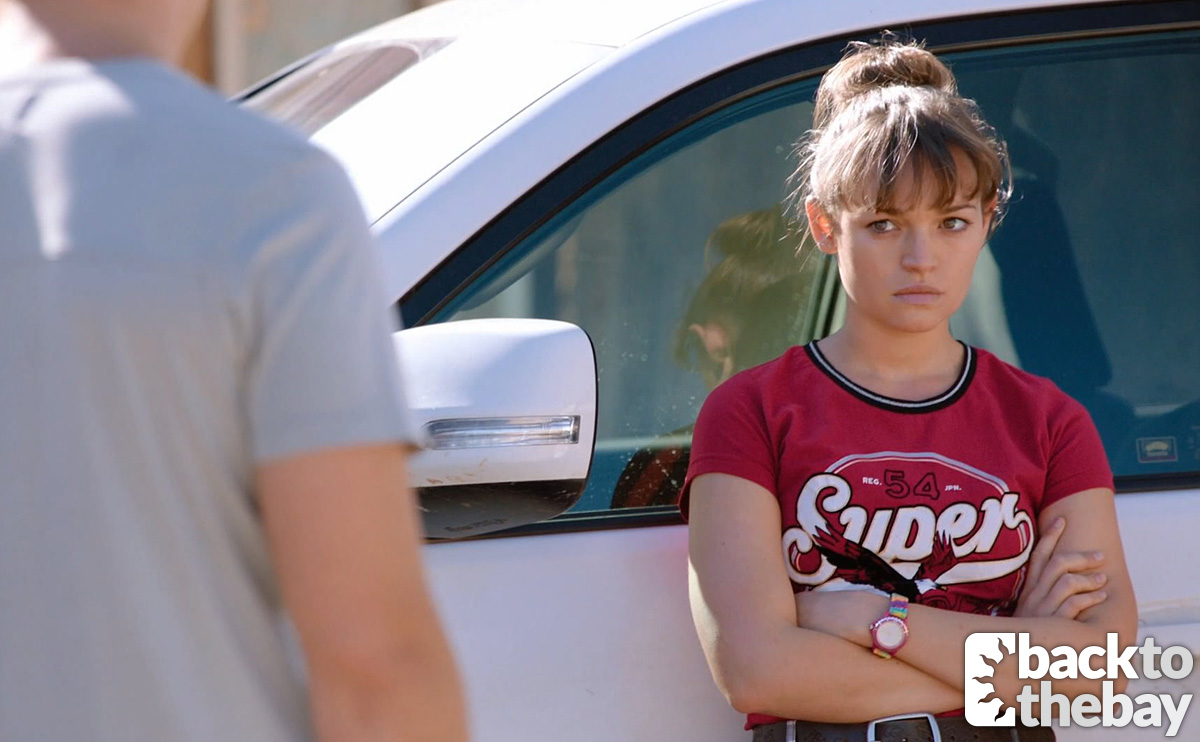 Meanwhile, Ziggy and Dean built up a friendly rivalry with fellow drivers Paul and Tanya throughout the first day, and spent the evening talking with them by the campfire where they learnt that Paul was suffering from a terminal illness. 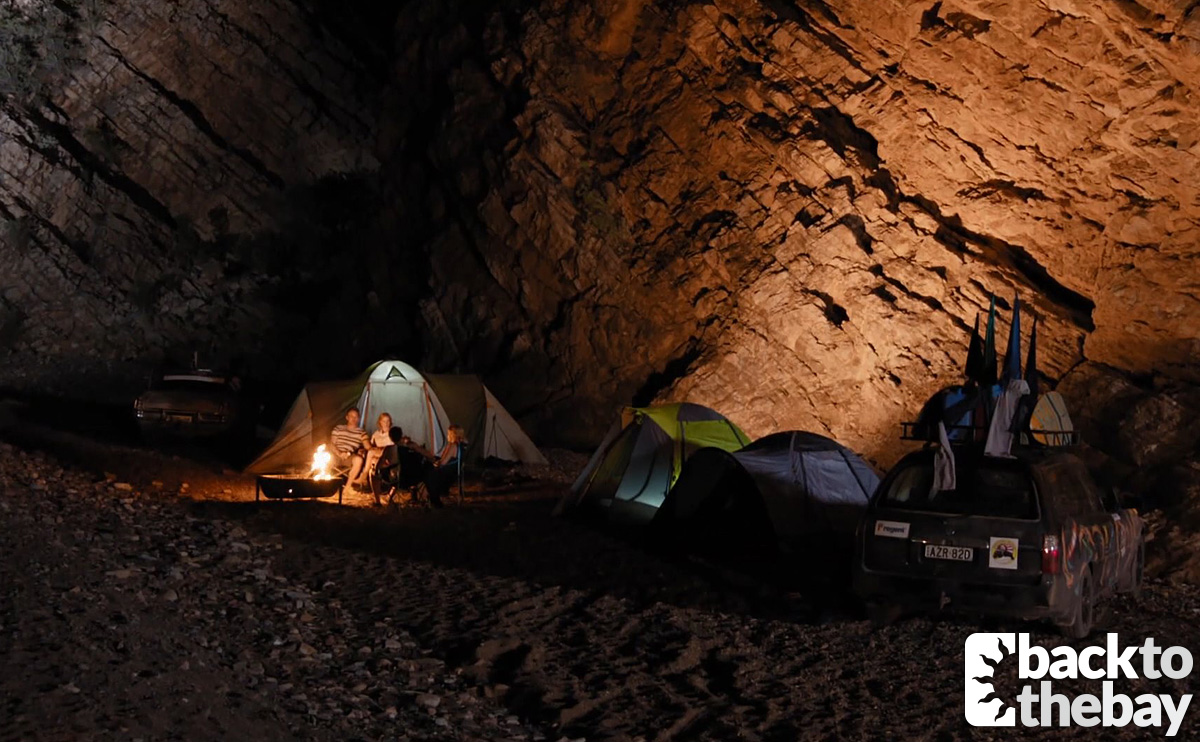 At the end of the night, Ziggy and Dean shared their first kiss, which took Ziggy by surprise. 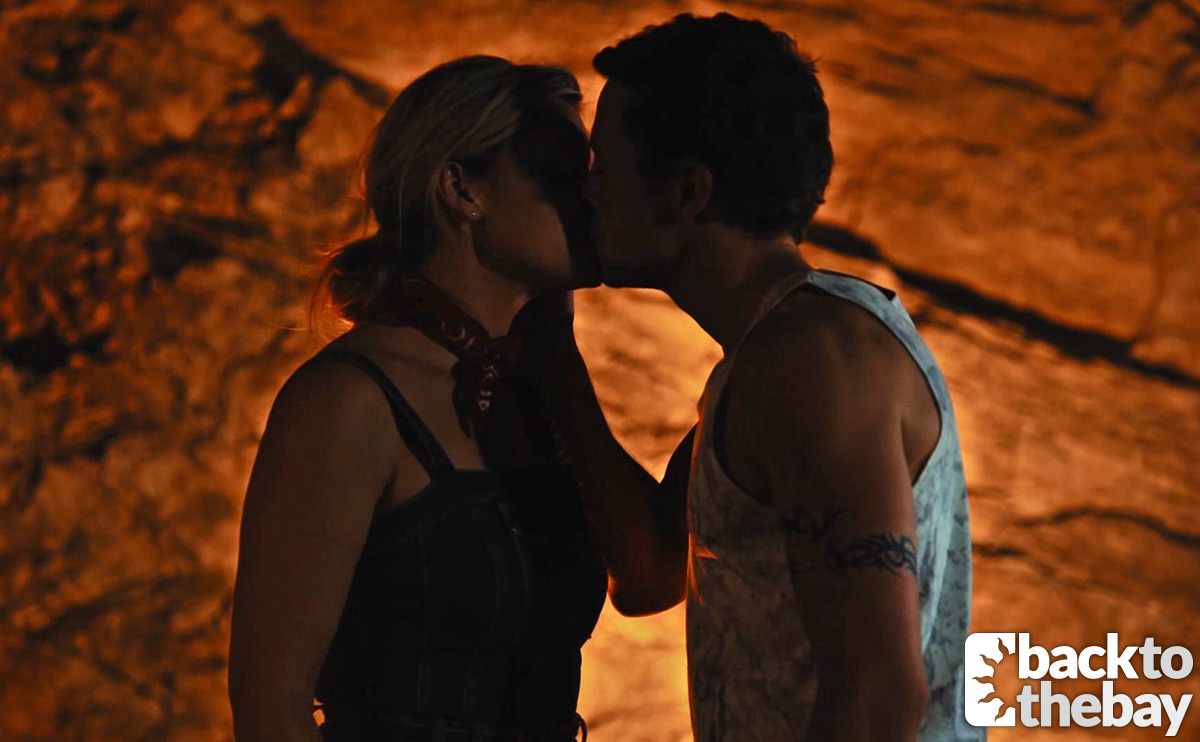 The other storyline in the episode saw Jasmine (Sam Frost) and Willow (Sarah Roberts) having a heart-to-heart during a wine-fuelled afternoon at the Beach House.

Both Arnie Custo and Sophie Dillman recounted the fun they had on the South Australia shoot in an episode of the Home and Away podcast last year, along with the numerous challenges they faced.

Scorching ground temperatures meant filming equipment and cars were failing, camera lens mounts were expanding to the point where they couldn’t be changed, and soles of shoes were melting on the ground.

When some of the crew went ahead to set up the filming location for Dean & Ziggy’s camping scenes, they found that a large storm has completely washed it away, and had to find an alternative location at a moment’s notice. 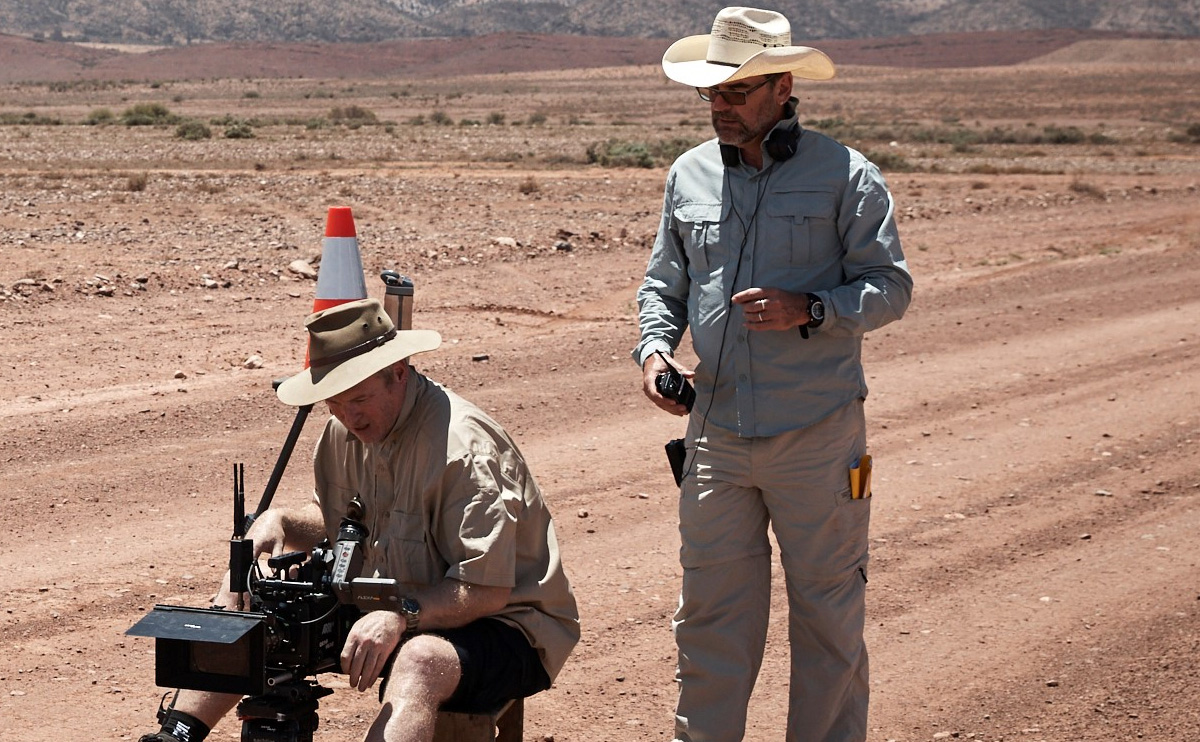 Speaking of his experiences on the show in a recent interview with trade publication IF.com.au, Arnie said “I directed my first episodes in 2013 and enjoyed the experience so much that I never left. It is an amazingly fun show to work on and the cast and crew really are special. There is a real sense of family. Plus I have been fortunate enough to travel all over Australia with the show which has brought great challenges and allowed me to push the limits.”

This is the third time Arnie has been put forward for an episode of Home and Away, following his nomination for Episode 6486 (the plane crash) in 2017, and Episode 6858 (the 2018 commonwealth games cliffhanger) in the 2019 awards. 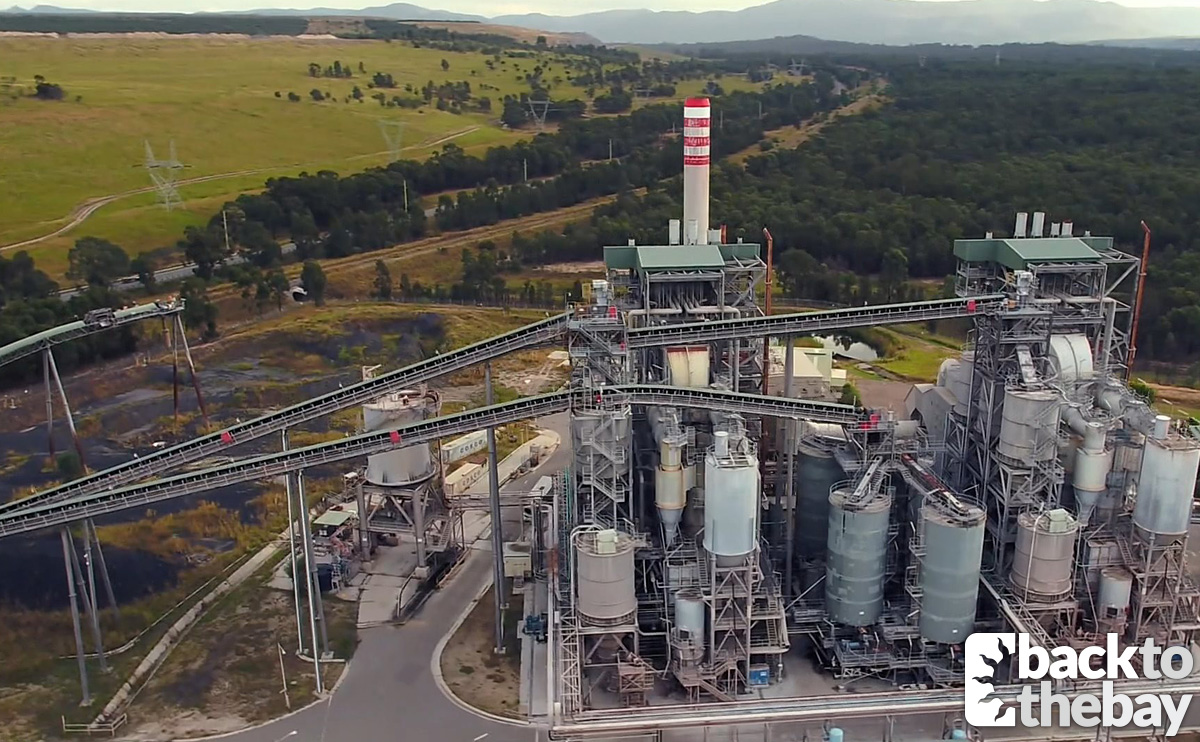 This dramatic episode saw Robbo (Jake Ryan) finally learn the truth about his family’s death, as he faced a showdown with Ouroboros gang leader Victor Devlin (Patrick Thompson) at an abandoned power station. 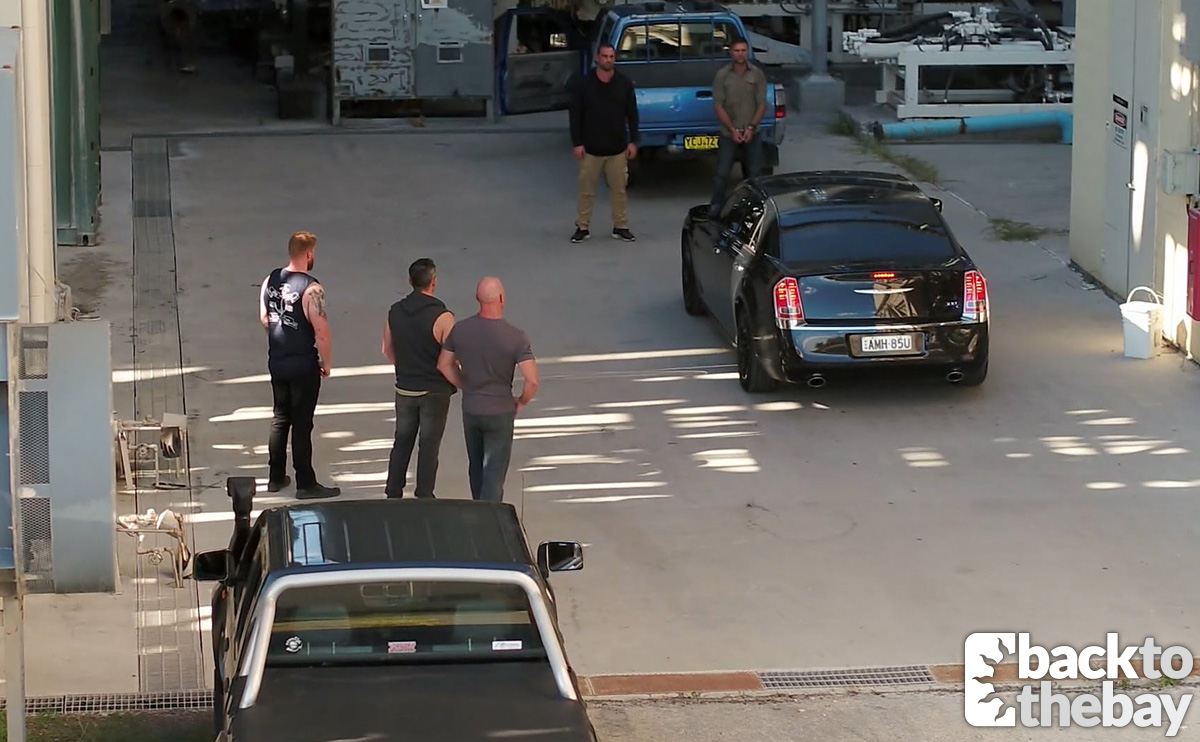 Having come into contact with the long-thought-dead Dylan Carter (Jeremy Lindsay Taylor), Robbo had arranged to hand over Dylan to Victor in order to stop the gang coming after himself, Jasmine and Tori. 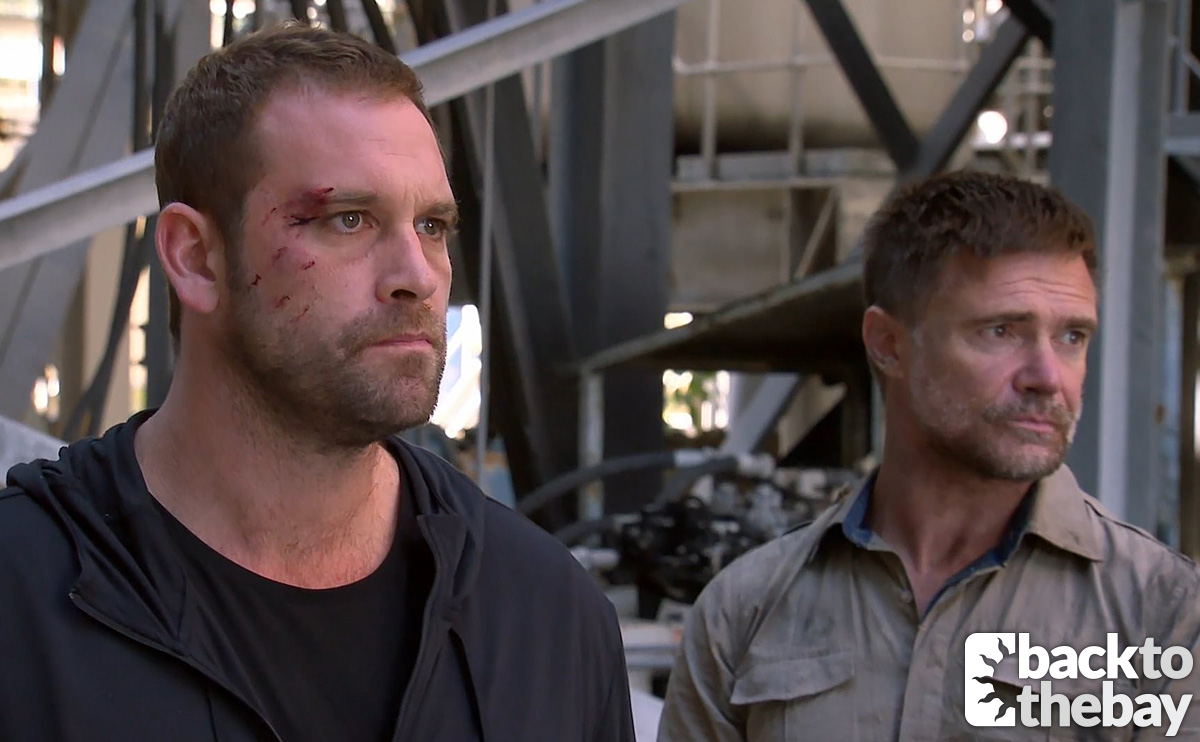 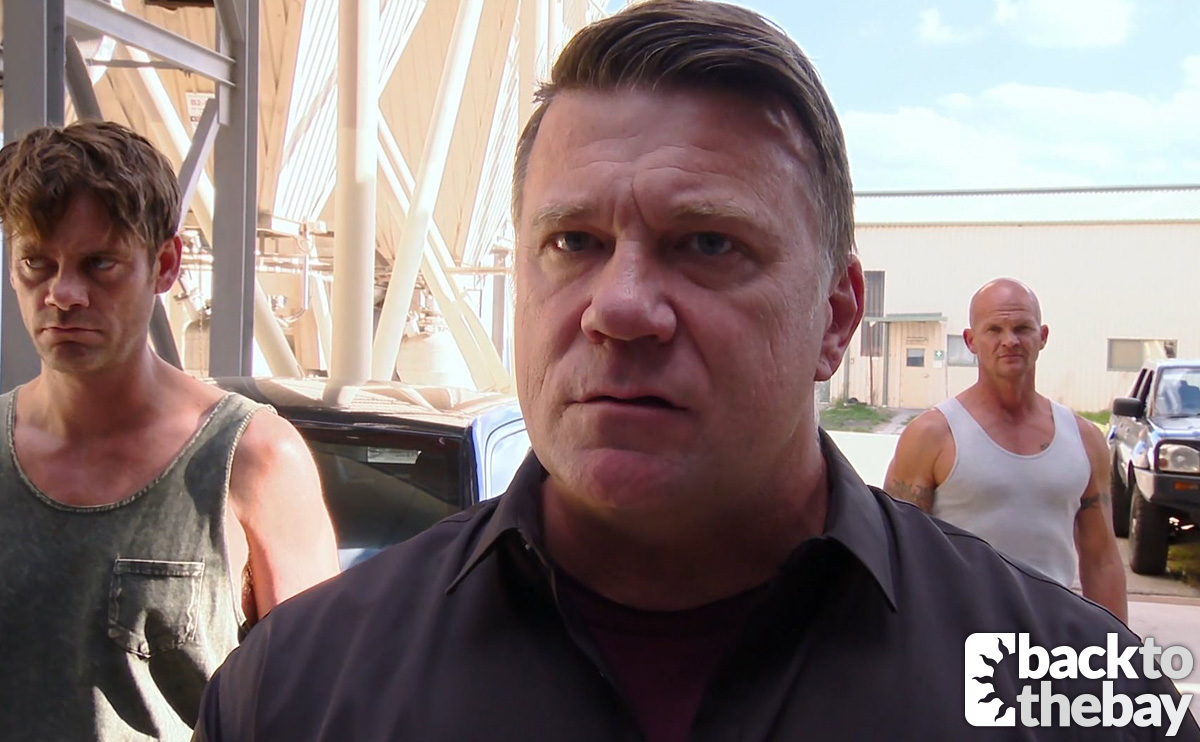 The meeting was an undercover sting however, with Robbo’s AFP colleagues ready to swoop in on the gang. Victor gave them the slip, and Robbo chased him to the top of the power plant where Victor finally admitted that he had indeed been the one to murder Robbo’s wife and children back in 2015. 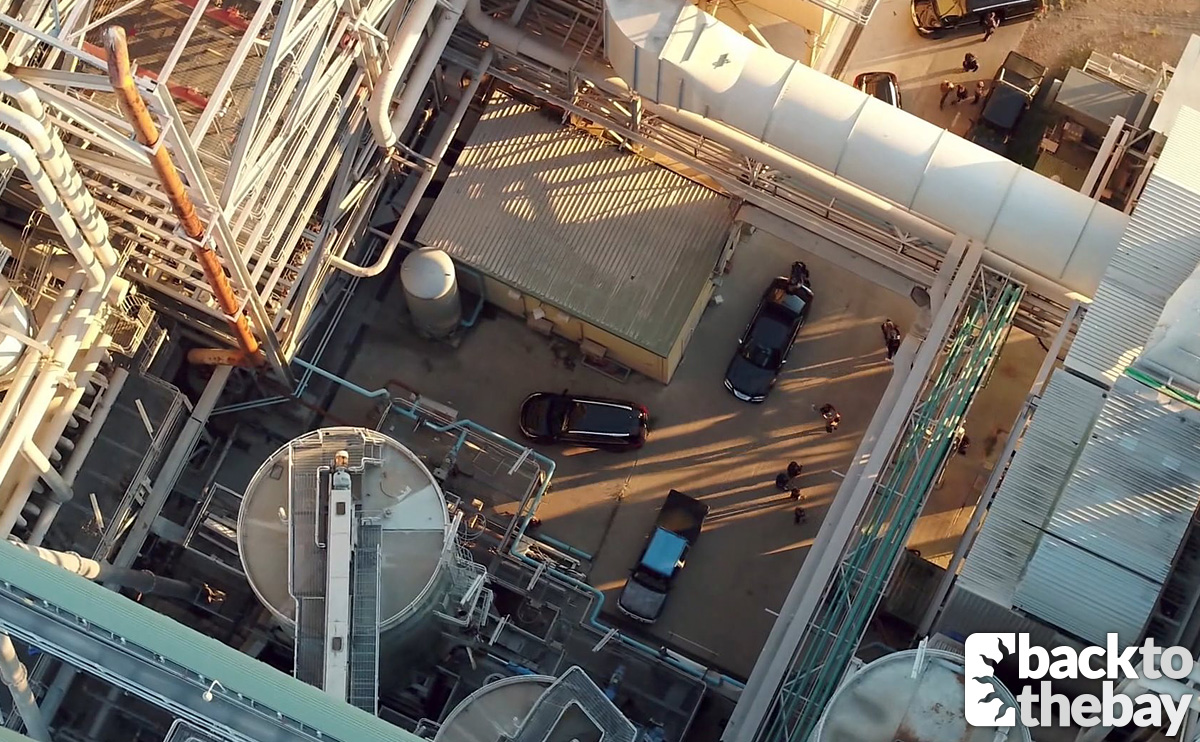 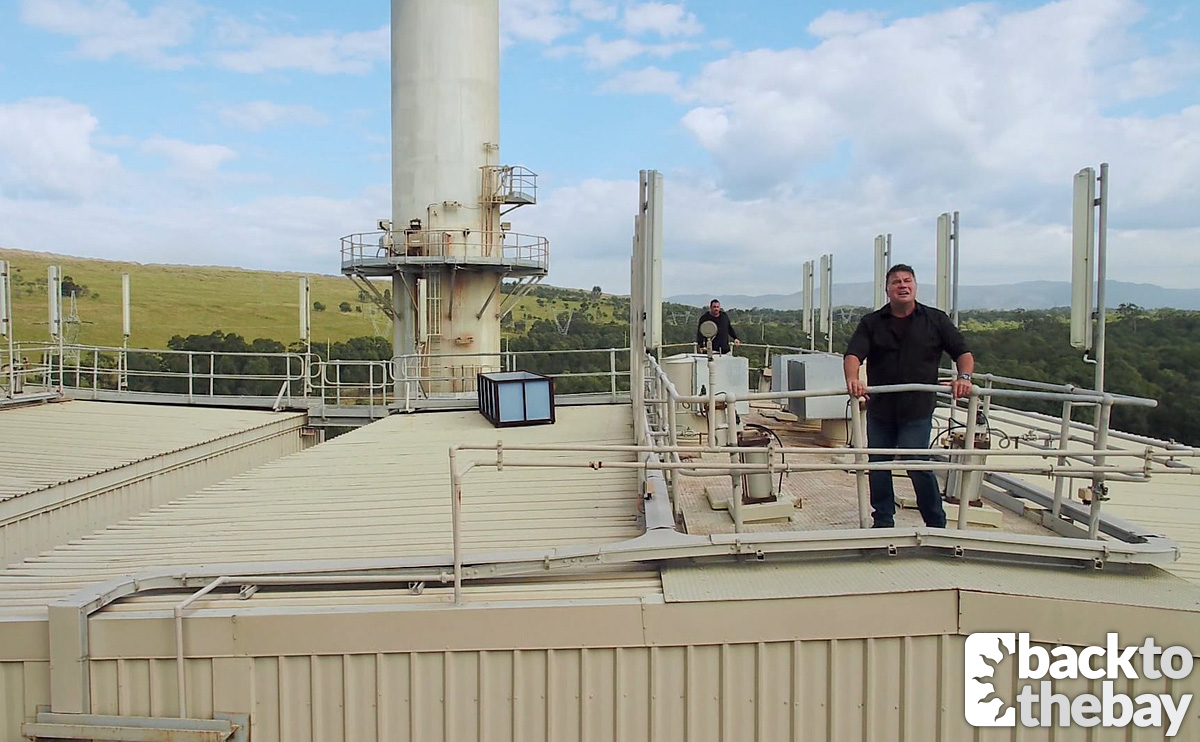 Victor goaded Robbo to kill him, knowing what happens to child killers in jail, but Robbo resisted temptation and cuffed him. 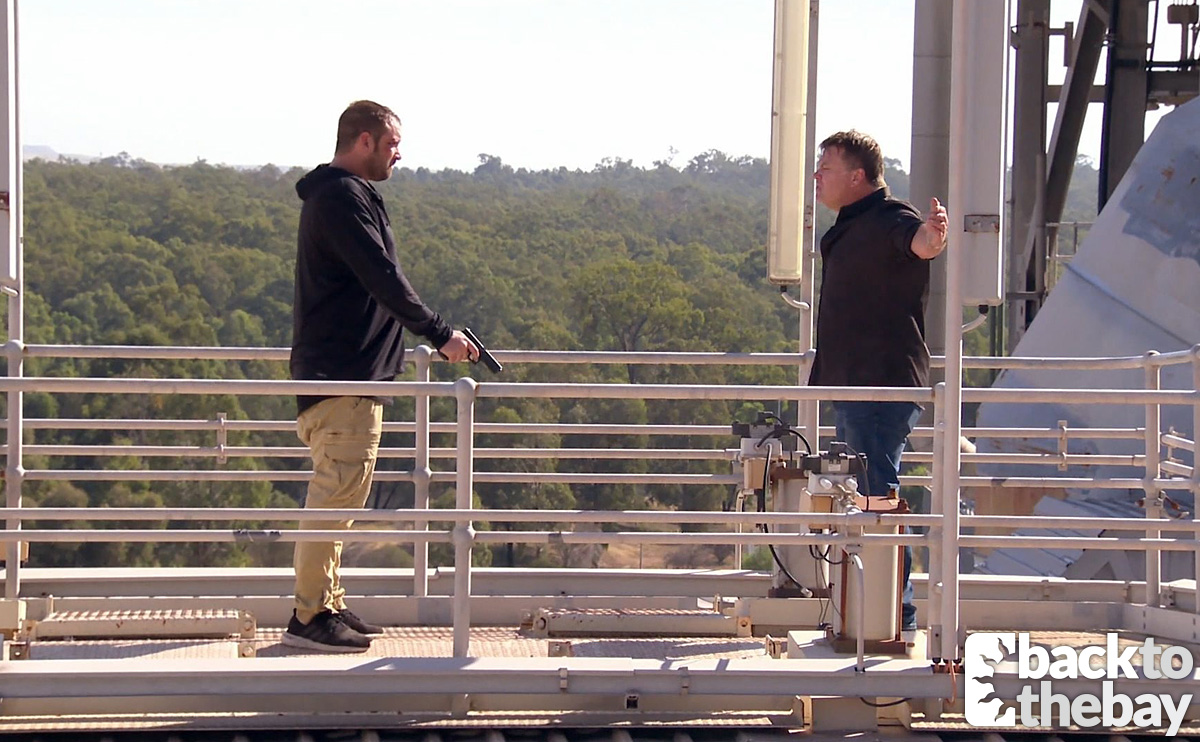 Dylan was also taken into custody, having accepted his fate, but Robbo thanked him for his assistance and assured him he will be protected (though in the end, he wasn’t).

Meanwhile, Tori Morgan (Penny McNamee) was at that moment going into labour with Robbo’s baby, conceived via IVF, in the safe house that she had been forced to move into with Robbo’s wife Jasmine (Sam Frost). As the episode ended, AFP office Scott Larkin (Trent Baines) finally got in contact with Robbo to let him know to get to the safe house as soon as possible. 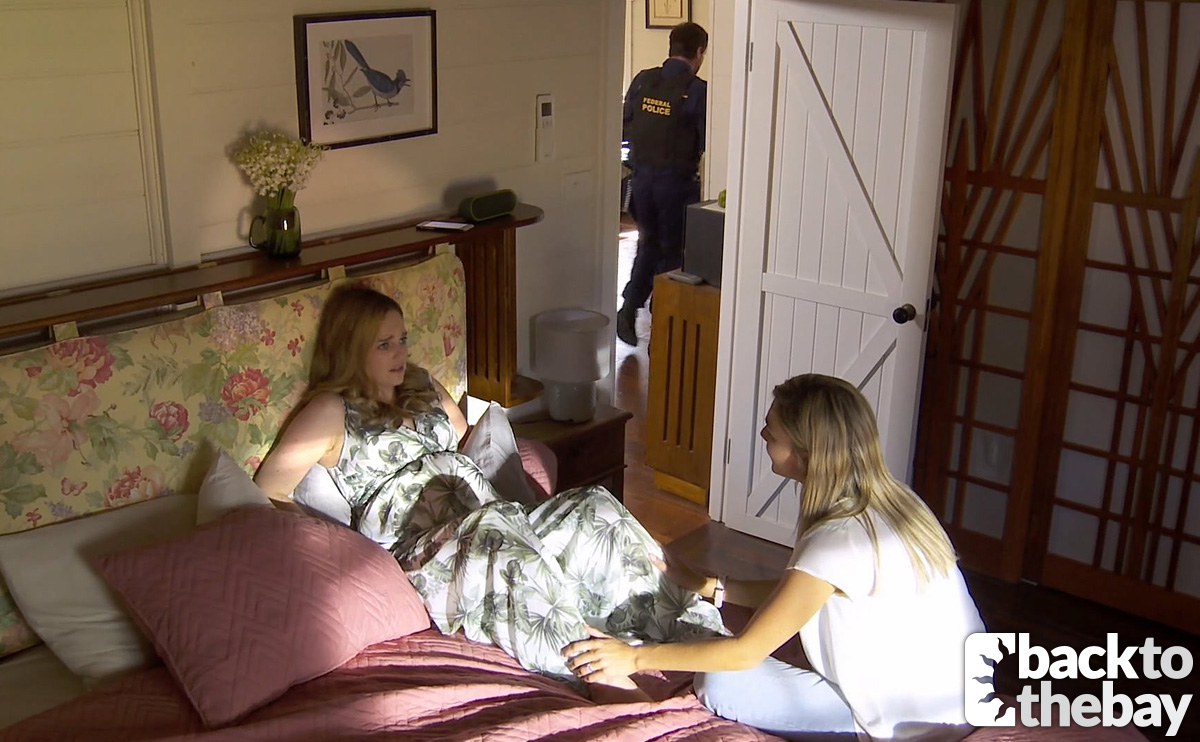 Back in Summer Bay, the other storyline for the episode saw Ryder’s (Lukas Radovich) friend Blake (Tom Wilson) attempt to drug school principal Maggie Astoni (Kestie Morassi) so she’d fall asleep and enable him to cheat on an exam. Ryder’s conscience couldn’t allow it to happen though, and he batted Maggie’s water bottle out of her hand just as she was about to drink it.

Long-term viewers will know that Danny Raco started out as an actor on the show, playing Leah’s brother Alex Poulos from 2001-2004, with a return in 2007. 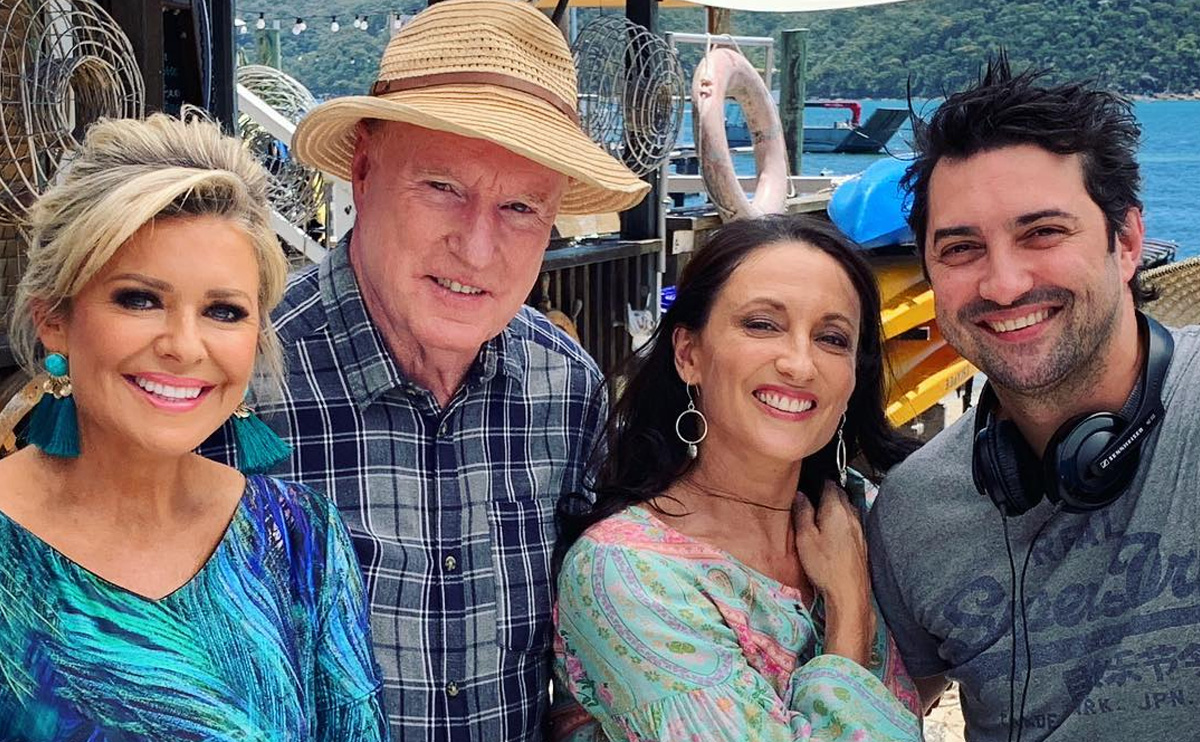 He first directed for the show in 2007, and has remained on the show’s rotation of directors ever since, with over 400 episodes under his belt over the past thirteen years.

Danny has previously been nominated for Home and Away three times, and won the award in 2018 for Episode 6765 (Scarlett Snow’s final episode) 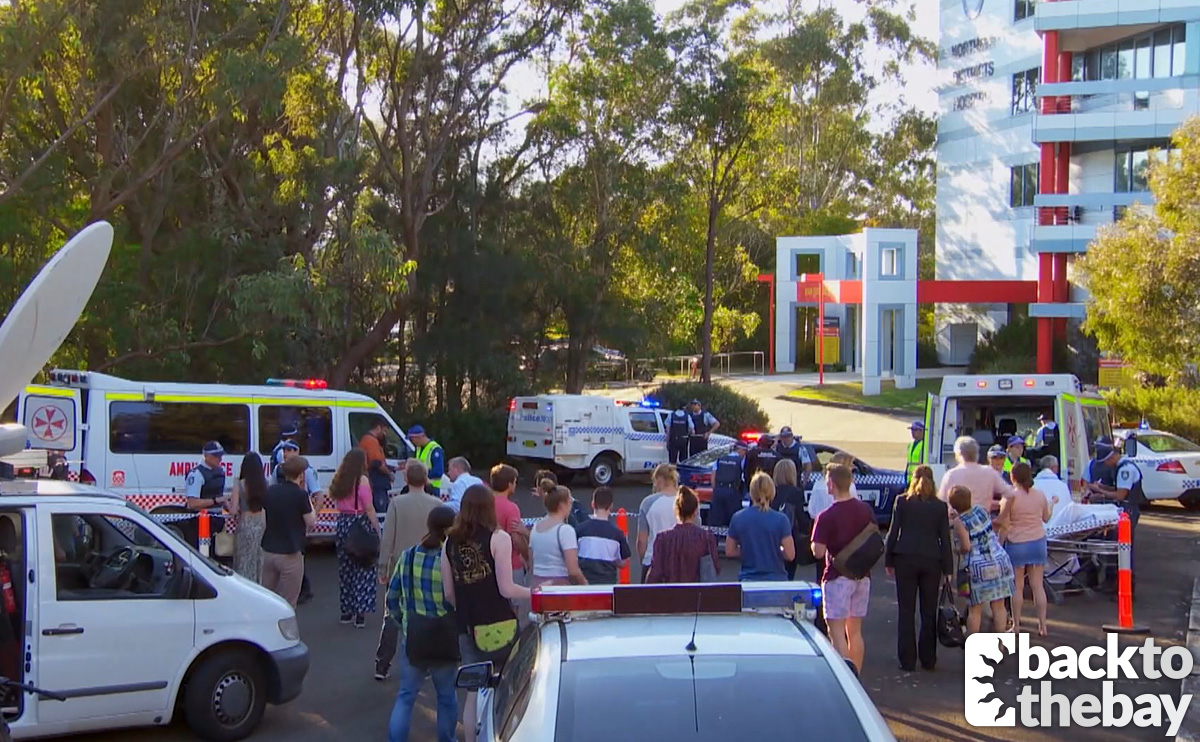 The final nomination comes for the dramatic 2020 season opener episode, which saw the conclusion of the siege at Northern Districts Hospital following the death of Mason Morgan. 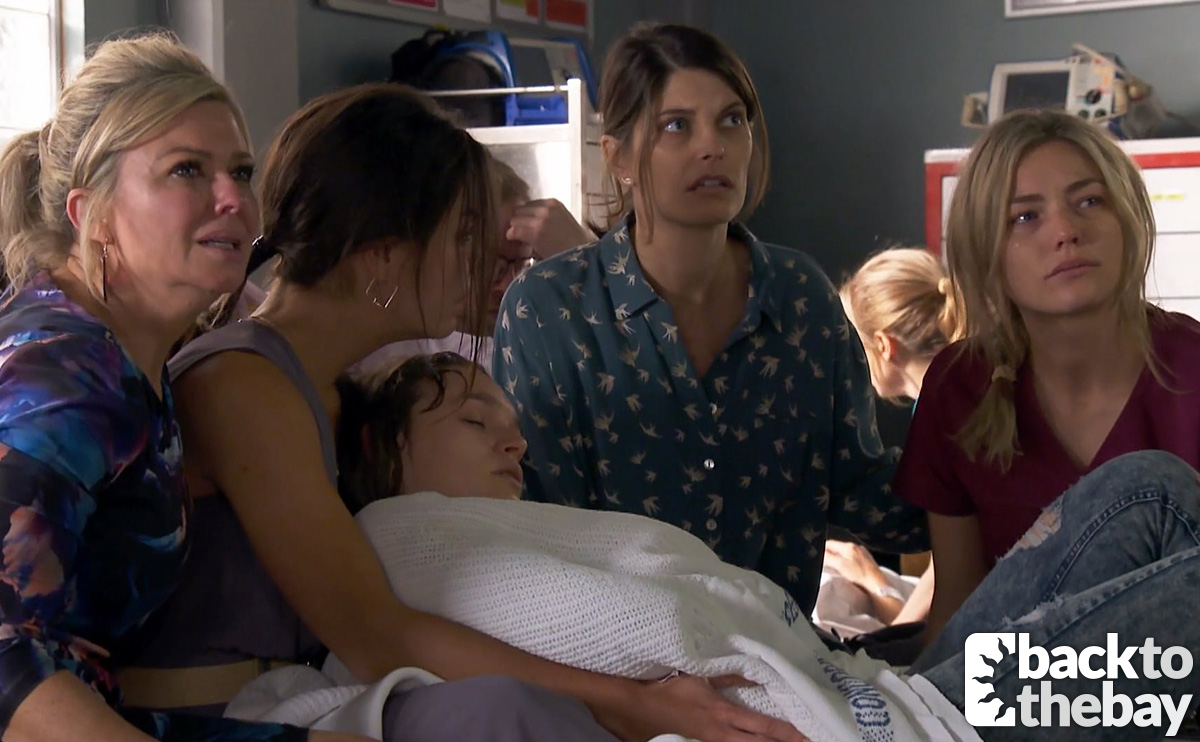 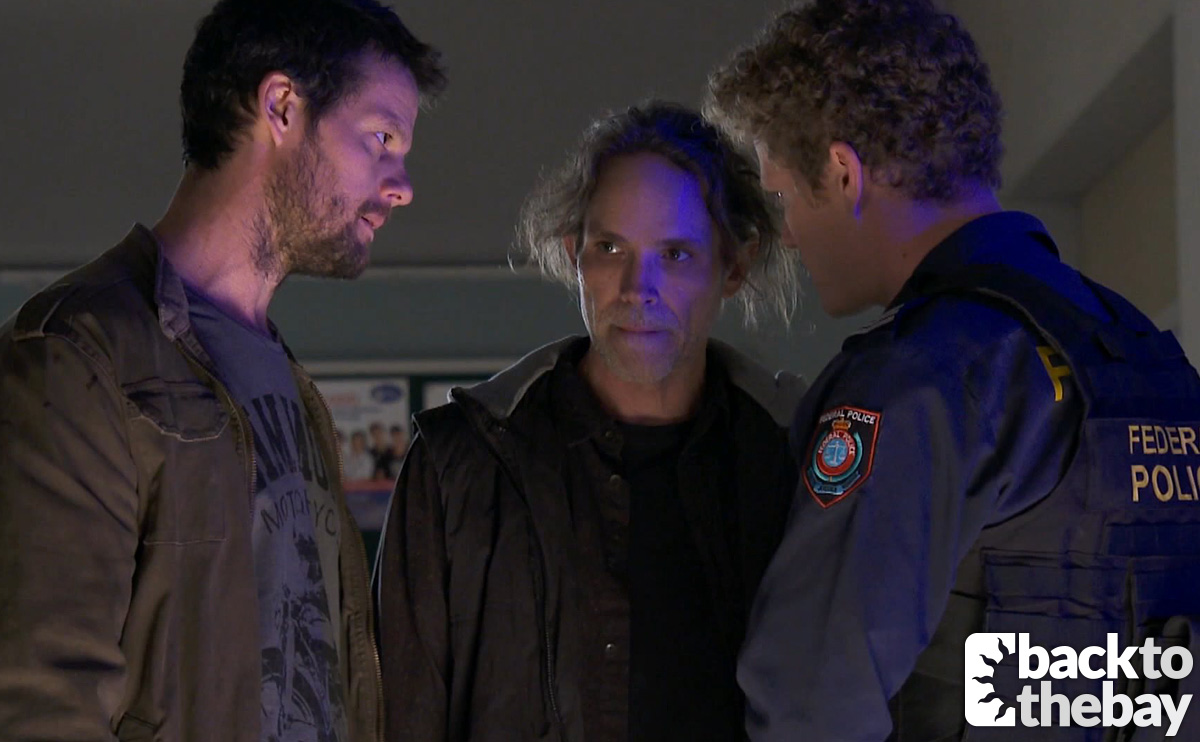 Having snuck into the hospital with Dean, copper Colby entered the emergency department via the lift shaft in order to assess the situation and formulate a plan.

He was able to talk to Dr Alex Neilson (Zoe Ventoura) through the lift door, who informed him that his sister Bella was in a bad way after being brought into the hospital following an overdose, with the hostage takers so far refusing to let her be treated. 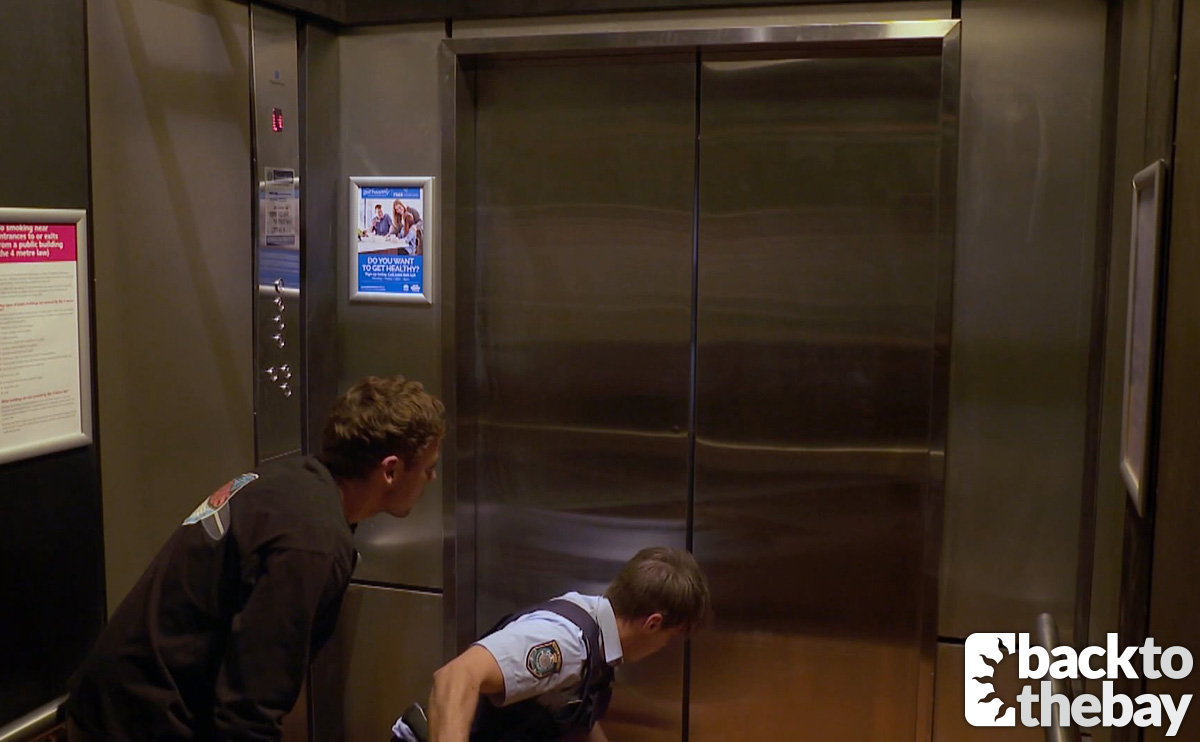 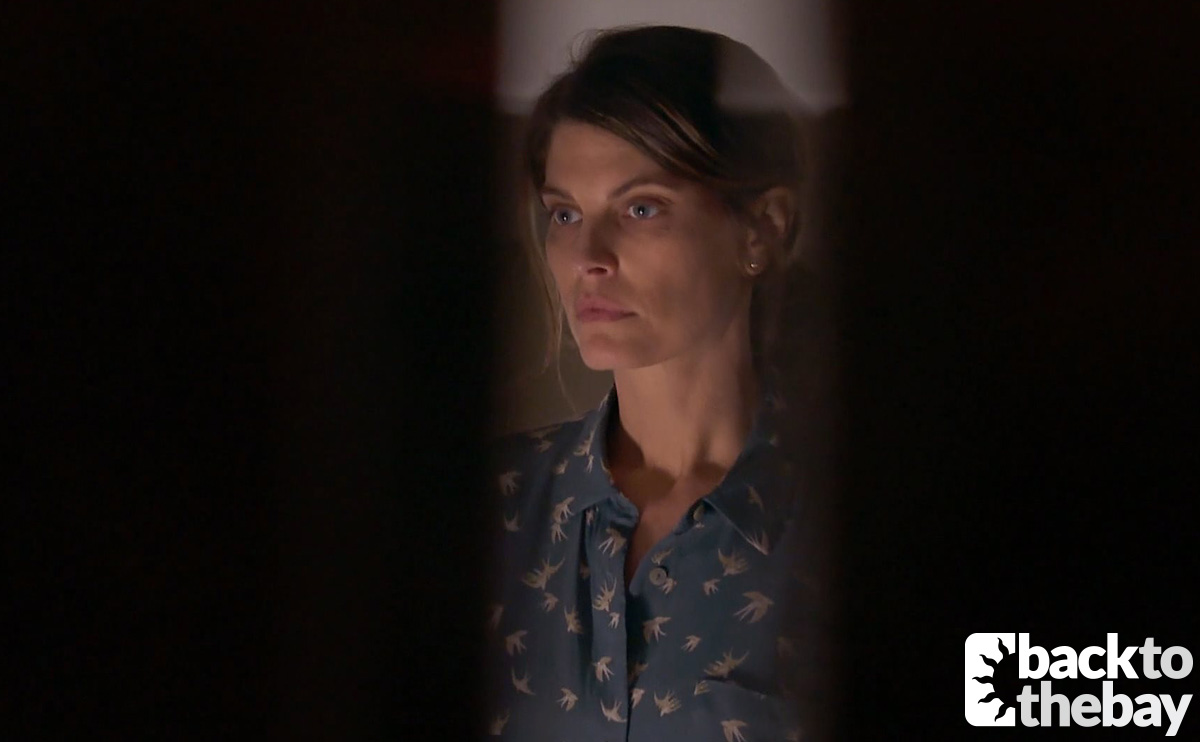 Jasmine’s AFP protection officer Jay, having revealed that he was in fact part of the Ouroboros gang, took control of the siege following Mason’s killing, but it wasn’t much longer before Colby and armed police stormed the ward and brought things to an end. 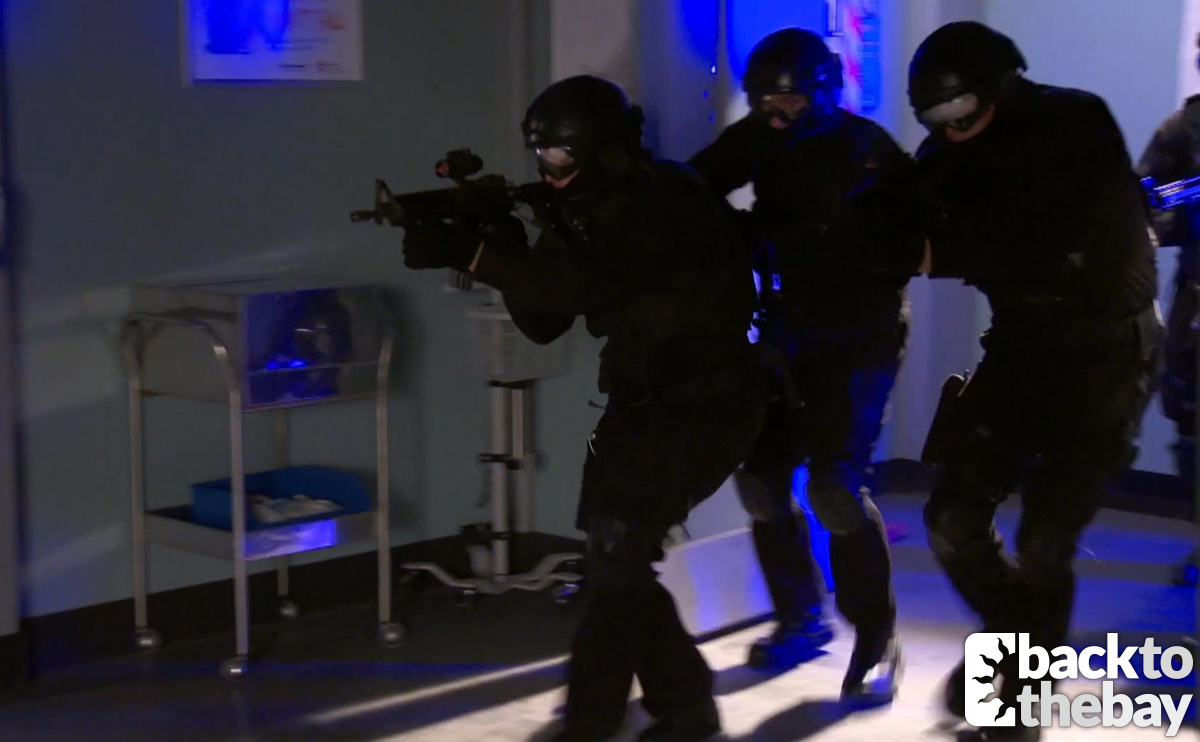 Meanwhile Robbo had just learnt that his friend and colleague Scott Larkin (Trent Baines) was also working for the Ouroboros gang, as a result of a threat on his family.

Scott ordered Robbo to drive to a clifftop location where Scott intended to kill Robbo. 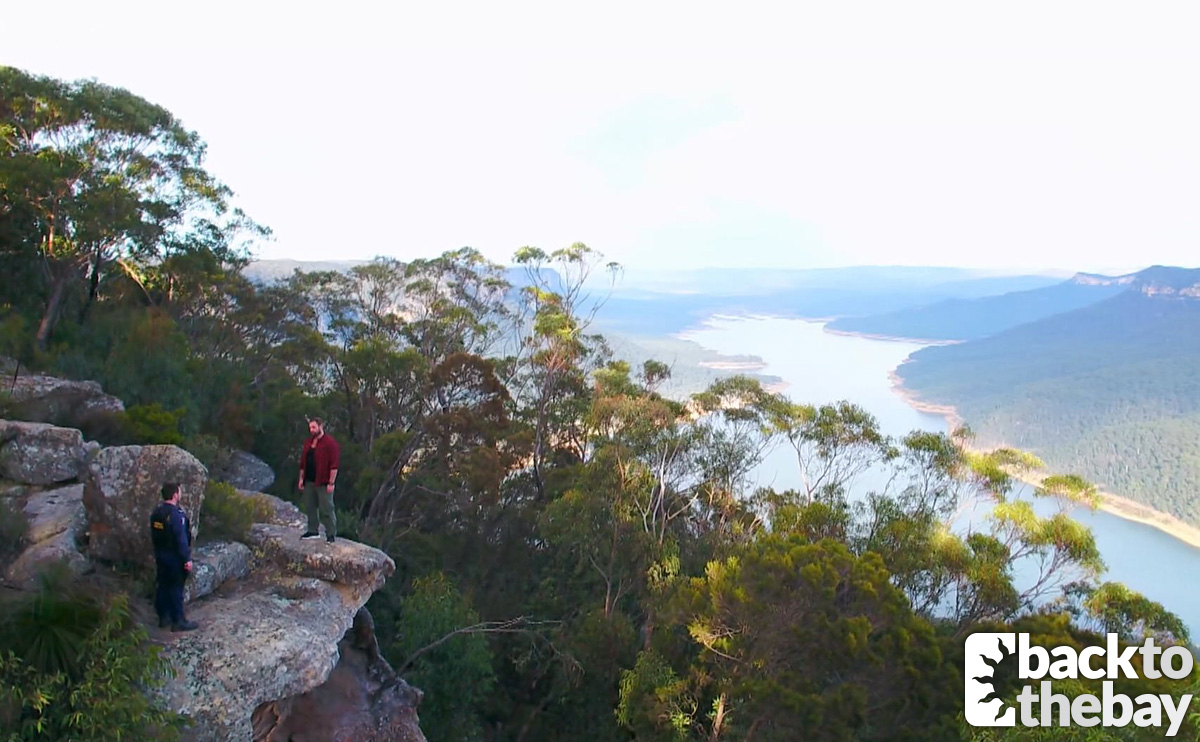 Robbo was eventually able to talk him out of it, convincing him that he would be able to help protect Scott and his family, and the two set off for the hospital to try and stop the siege.

En-route however, Scott realised that he would never be free of the Ouroboros gang, whether in his day to day life or in prison, and the end of the episode saw Scott deliberately crashing the car. 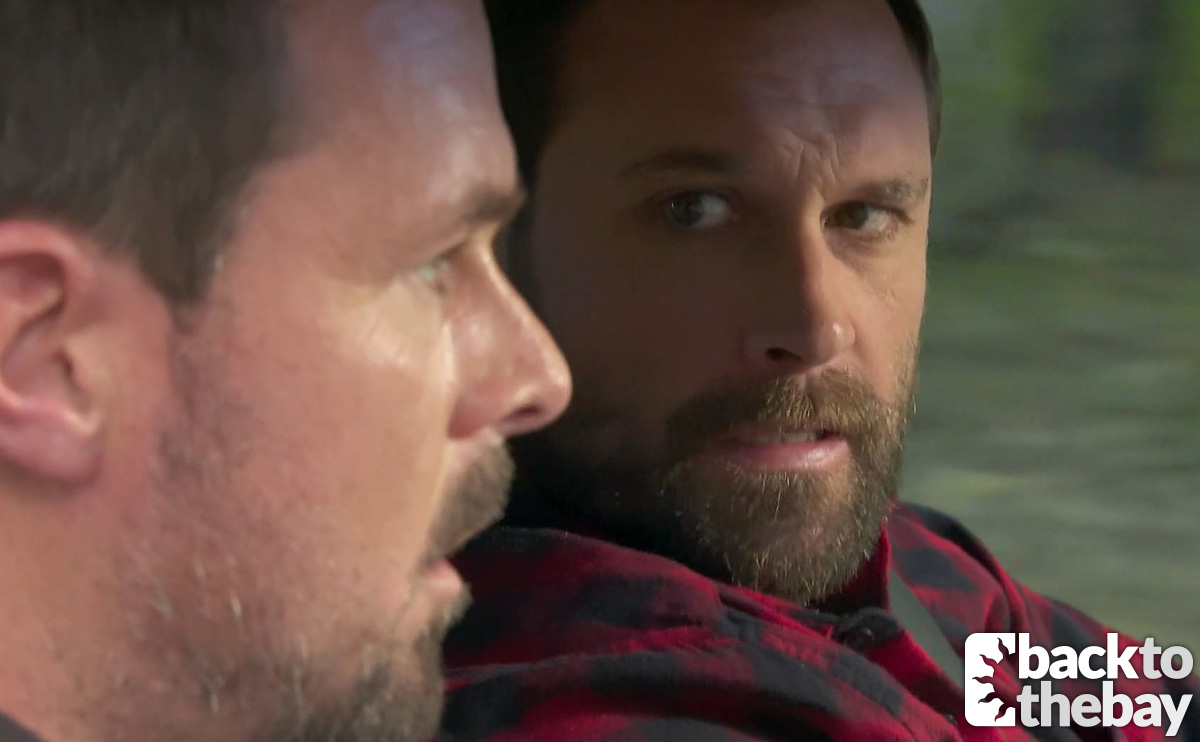 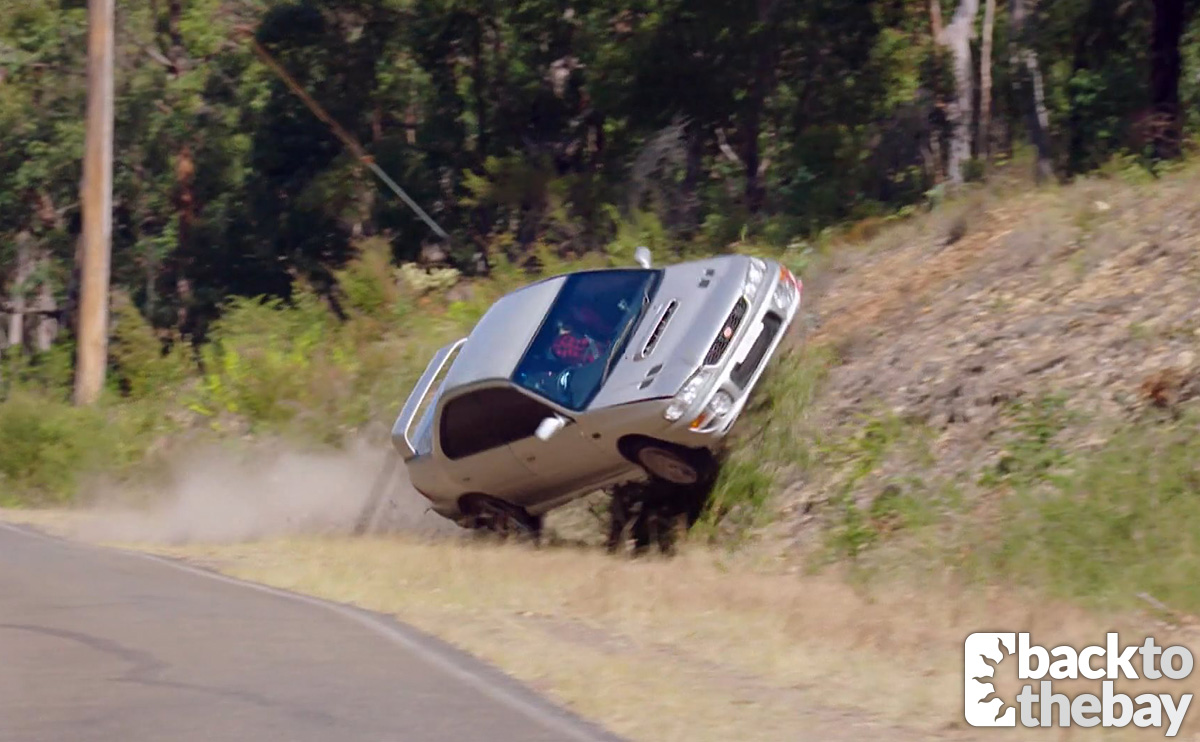 Scott died at the scene, and Robbo would die from his injuries in the following episode.

He directed his first episode of the show in 1996, and has been on the show’s regular rotation of directors on and off ever since.

This marks David’s fifth nomination for a Home and Away episode, and he’s previously won the award twice—in 2012 for Episode 5438 (Charlie Buckton’s funeral), and in 2016 for Episode 6341 (Matt & Maddie get caught in the storm, and Irene falls off the wagon).

The three directors face competition from fellow Home and Away alumni Tony Gardiner—who previously worked as one of the show’s Directors of Photography for six years, as well as a director—who is nominated for directing Episode 8325 of Neighbours (the two-hander between Susan Kennedy and Finn Kelly as part of the show’s 35th anniversary week).

The final two nominees in the category are for directors Renee Webster and Darlene Johnson, who are both nominated for episodes of ABC series The Heights.

The winners will be announced in a ceremony at Sydney’s City Recital Hall on 19th October 2020.