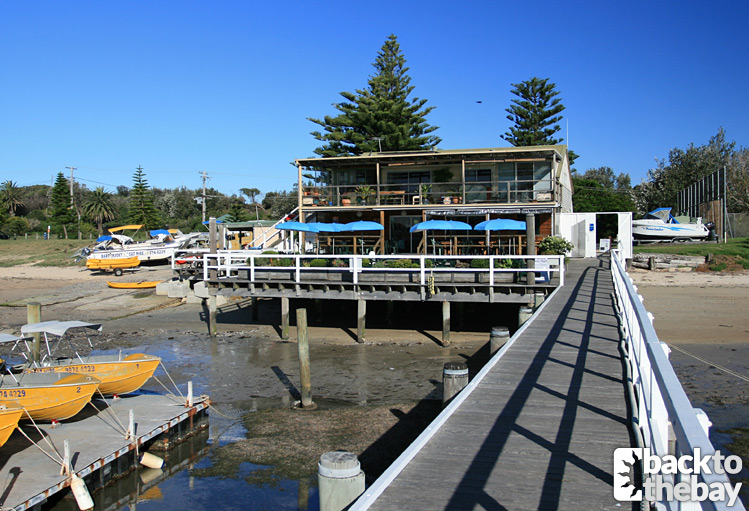 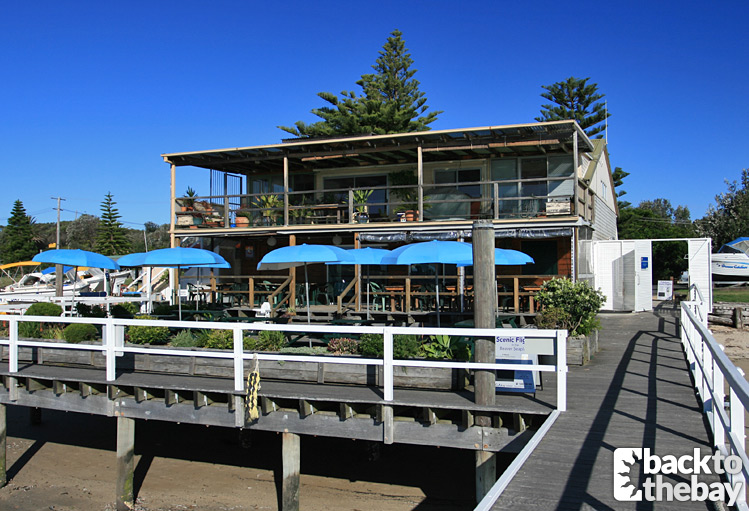 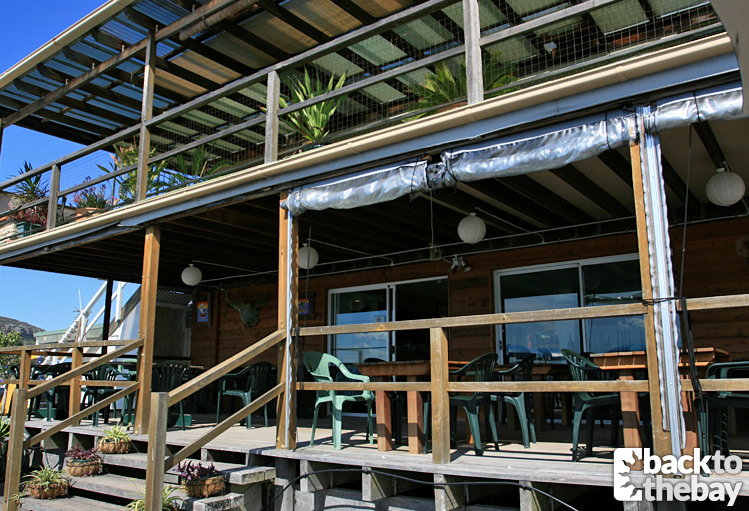 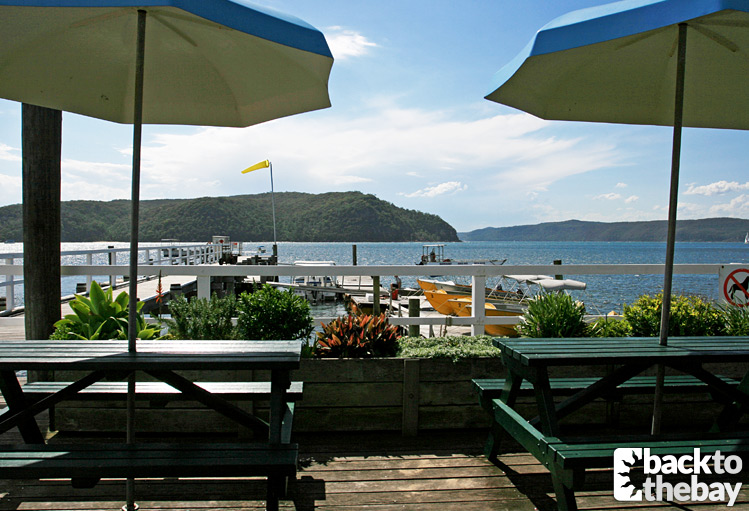 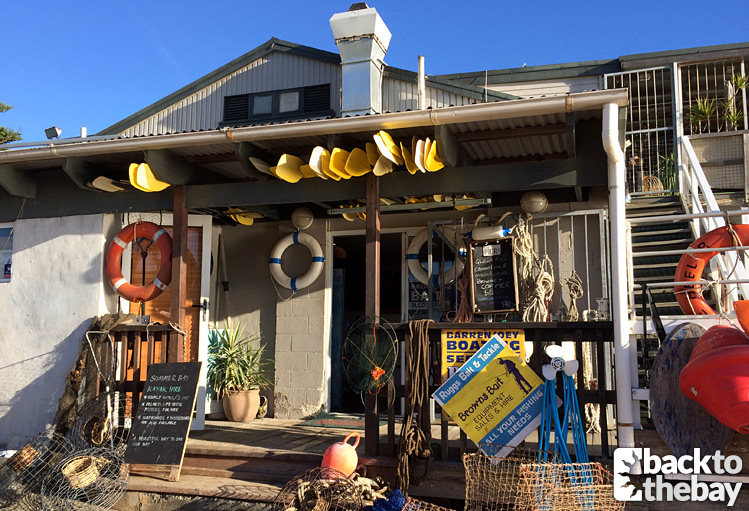 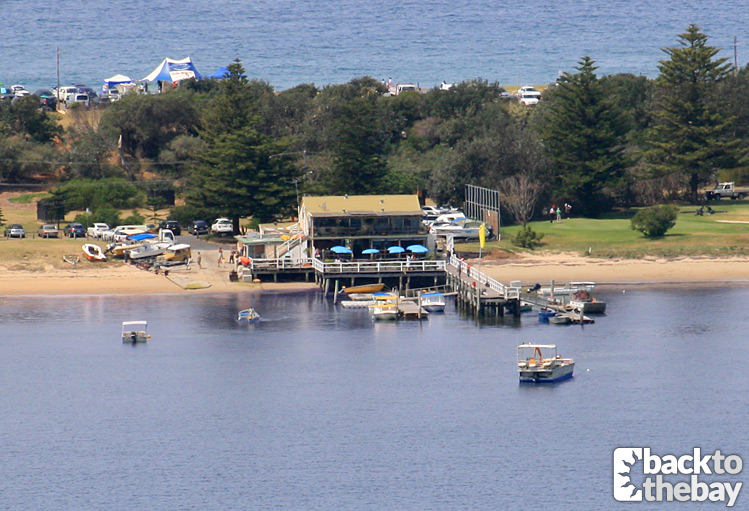 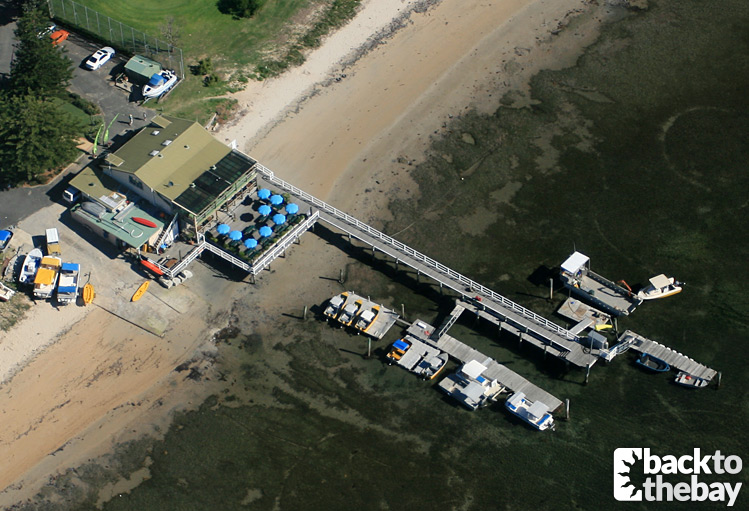 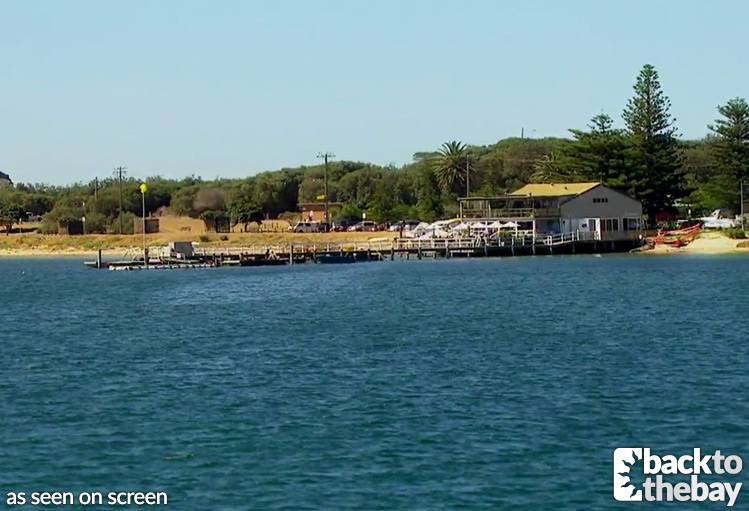 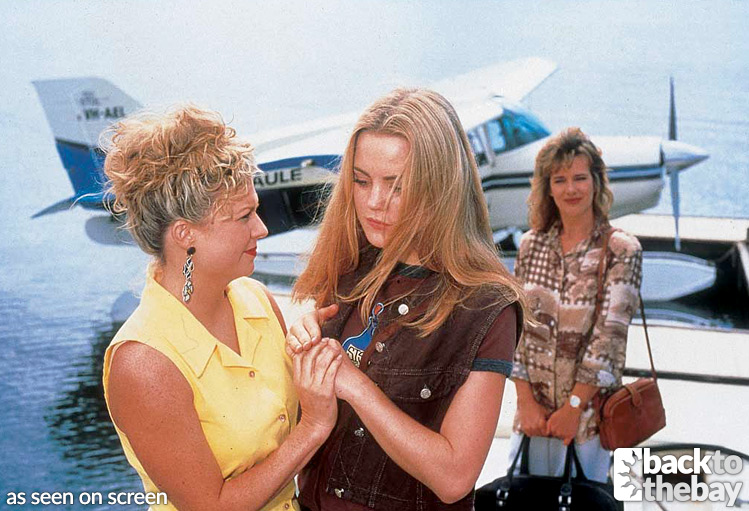 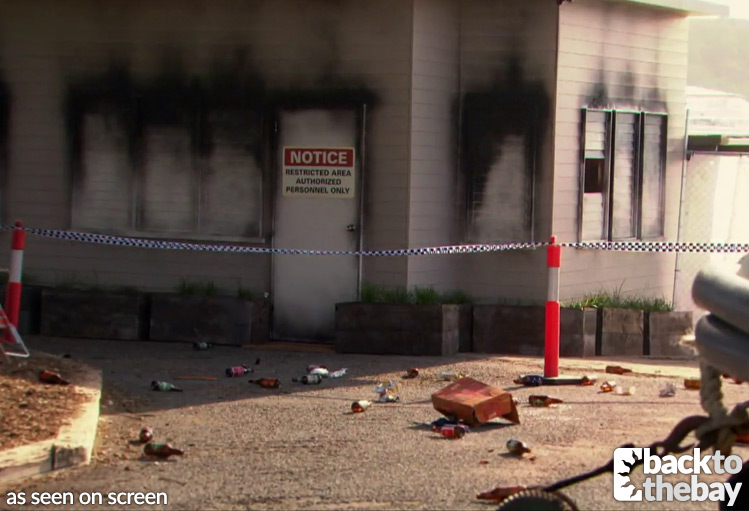 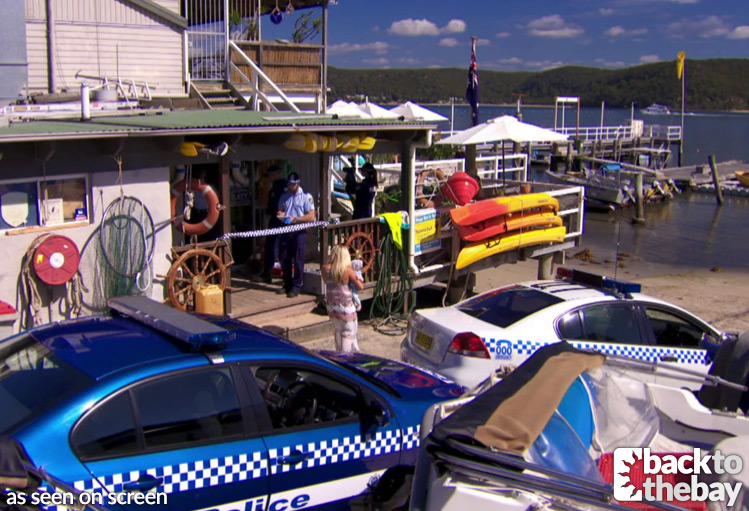 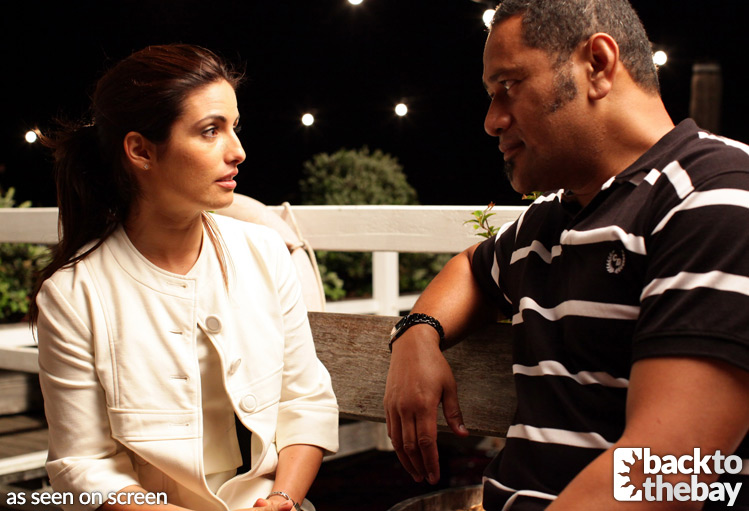 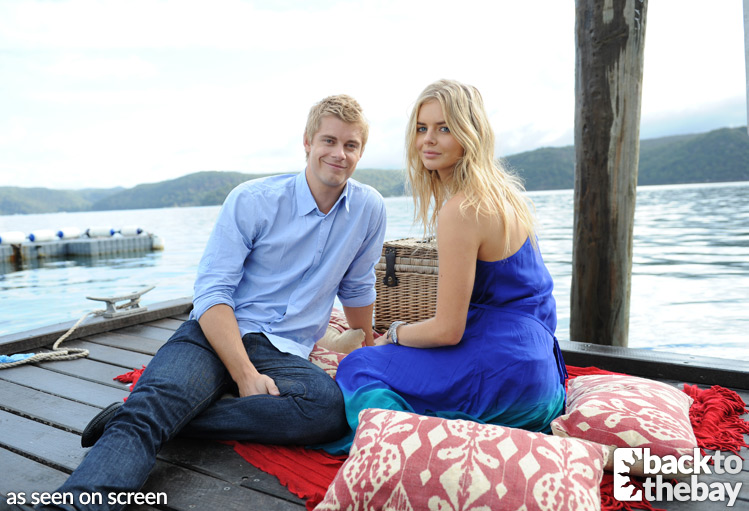 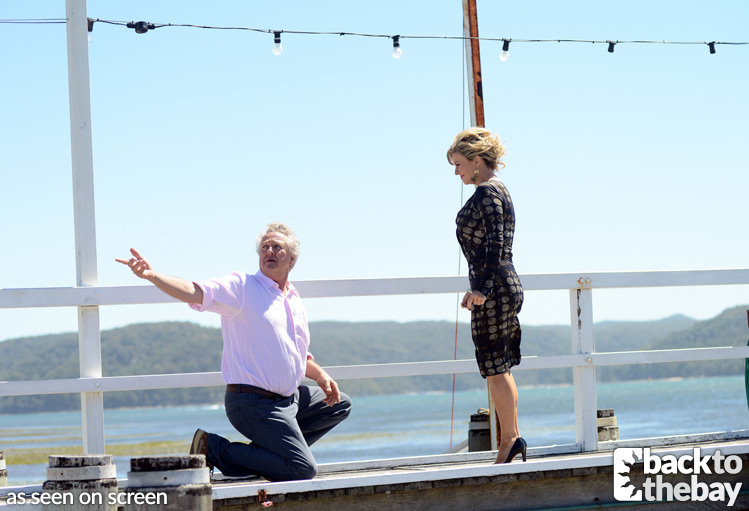 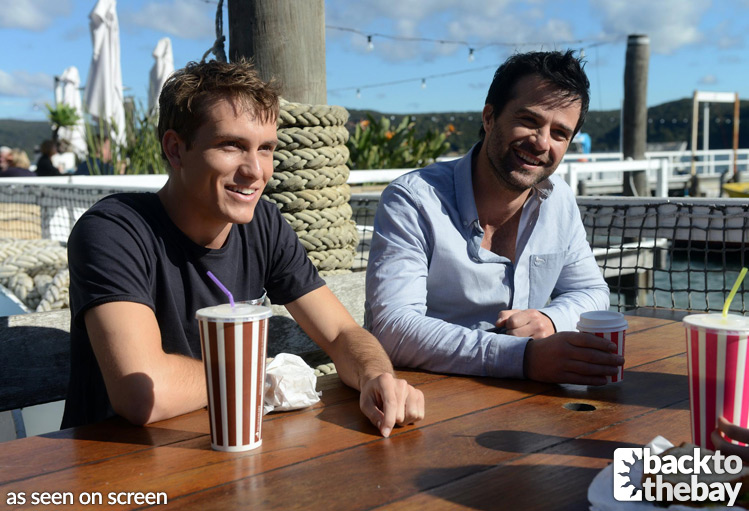 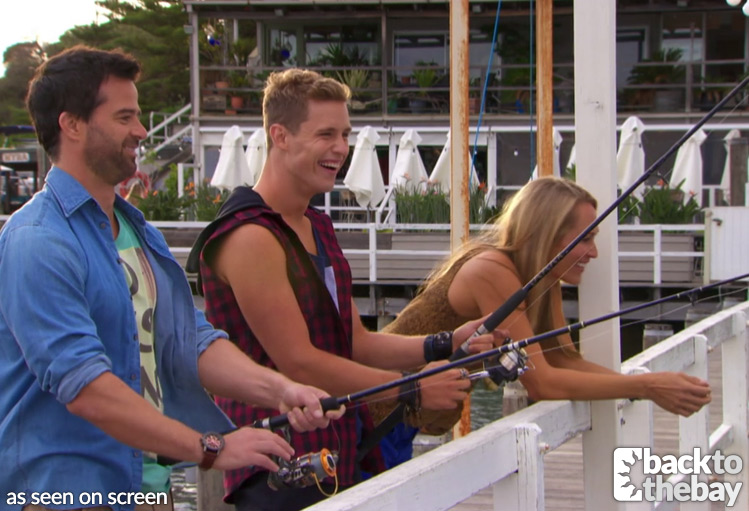 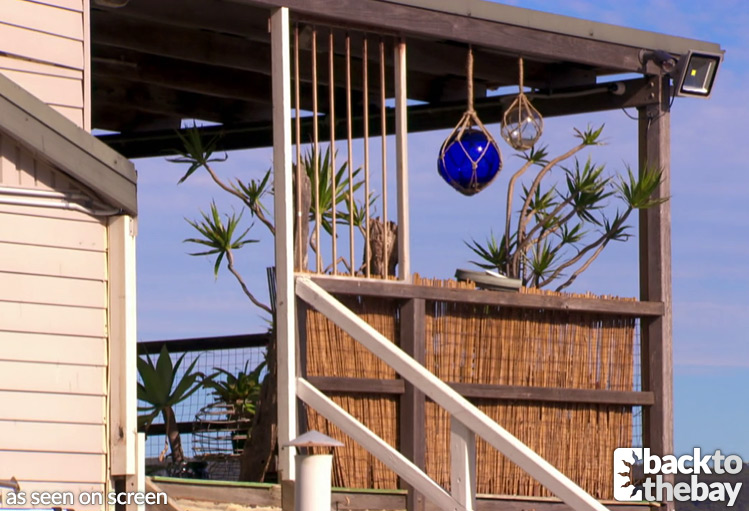 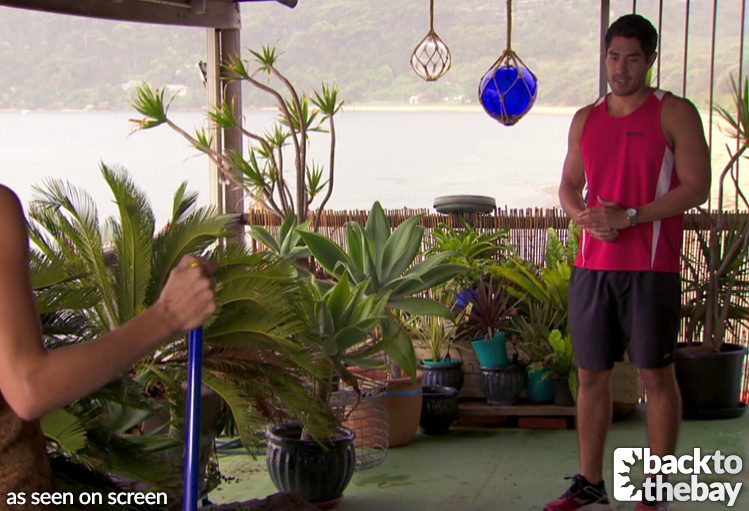 This already famous location became even more iconic in March 2008, with it being the location for Summer Bay’s new Pier Diner. Bringing the Diner back to Palm Beach enables the crew to work more quickly, due to the fact that its predecessor was half an hour away in Collaroy.

The Barrenjoey Boathouse and adjoining seaplane wharf have been seen on screen right from the very beginning of the show and has been the location of many memorable scenes over the years, the most famous of which probably being when Angel left Shane only for her seaplane to later crash in the bush.

Built in 1947, the boathouse stands on Station Beach (known in the show as ‘Flat Beach‘), on the Pittwater side of the Palm Beach peninsula next to Palm Beach Golf Course. Also notable is the fact that Ailsa’s store used to stand nearby, though it has since been demolished.

The building is home to Palm Beach’s very own ‘diner’. Previously a small cafe named ‘Carmels by the Sea’ occupied the building, but at the end of 2008 it was sold to Brianna Russell and Andrew Goldsmith who renovated the building and renamed it ‘The Boathouse‘. It now offers a more contemporary atmosphere with modern Australian cuisine for both breakfasts and lunches, and also offers itself as a wedding venue. When the Pier Diner interior set was revamped in 2009 after an on-screen fire, they modelled it closely on the layout of the real life interior (albeit inverted). As a consequence the diner seen on screen is now far more realistic that it’s previous incarnation.

The building is also home to 2 other businesses, one of which is Sydney by Seaplane, where you can enjoy stunning scenic flights over the Northern Beaches, Sydney and various other places in the area. This is certainly a worthwhile venture and the best way to view Palm Beach – though viewers should not be put off by the fact that no less than 3 seaplanes that have taken off from there in the show have never returned!

The other business located in the building is Barrenjoey Boat Hire, where you can hire boats of varying sizes to take a trip out onto Pittwater at your own leisure, the only way to see some of the secluded beaches that have been used on the show in recent years. In July 2008, the Boat Hire office became the location of Alf’s new Bait Shop.

In 2015 the upstairs of the building, which we bizarrely had never heard anything about, was finally utilised when Charlotte King and her son Hunter moved into the apartment in Episode 6258. Though there have been a number of exterior scenes on the balcony, the interior of the apartment is of course a studio set.