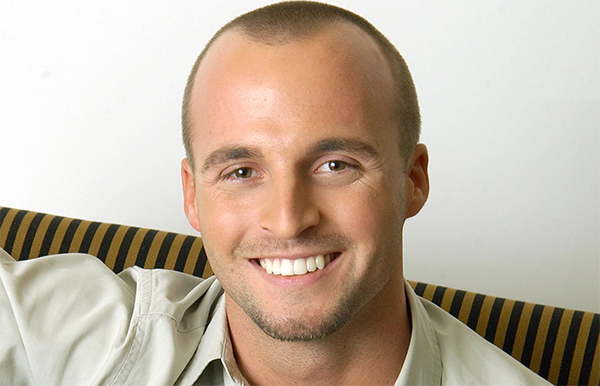 Jesse grew up in New Zealand and was first seen in Summer Bay in 1996, living on the wrong side of the law, as a thief. Despite this, he had his moral code as to who he takes from and why.

One of Jesse’s girlfriend in the Bay was Selina: they were together for a long time. Unfortunately, he was dumped and tried to get back with her, but to no avail. When Selina left, he got very hurt.

He has a daughter, Rachel, who was looked after by Kylie, his ex-girlfriend. Since their arrival, they took care of Rachel, but also disputed as to who should take care of her.

Jesse had to survive and look after his only child, Rachel. He set up a shop with Alf, called A&J’s Baits and Bits. The partnership was not always a workable one. He even planned to run away from the Bay with Kylie and Rachel in order for Rachel to still have her mother with her.

Kylie was sent to jail for a crime she committed; months later, she died of a drug overdose. Jesse was heartbroken and started drinking. However, it was short-lived, and with the help of his friends, he woke up to his actions.

His workplace with Alf was burnt down. He set up his own business – a garage. Alf believed Jesse burnt down their shop so that Jesse could get insurance money. The person who set fire was later found in hospital and Jesse got apologies from Alf. Not long after starting his business, his business started attracting dodgy businessmen. Jesse refused to deal with them, preferring to keep his nose clean. After several thoughts, he changed his mind to and fro several times. When he agreed to do some work for Mick O’Dwyer, he decided many times to back out. Unfortunately, his refusal was only met by threats.

The police force got suspicious of activities at the garage and Jesse got visits from the police. Things came to a head when Jesse drove off at speed, avoiding the police. He was chased, but the cars crashed. Jesse managed to get out of the car and freed Joel from another car. He ran away and was never seen since. Poor Rachel was left at the Nashes.

Jesse returned to the Bay after being released from prison, for which his offence was robbery. He came to the Bay as he knew it would be the first place to start looking for his daughter Rachel and also while inside, he became friends with cellmate Vinnie Patterson (Leah’s husband). Before leaving prison Jesse promised Vinnie that he would protect both Leah and VJ for the remaining time that Vinnie had to serve.

Soon after settling into the Bay, Jesse made the journey from Sydney to Queensland to visit his daughter Rachel in her new home with the Nash’s. He saw that she was very happy up there with his old mate Will, and he made a promise to her that he was going to work hard in order to let them live together again. He also promised her riding lessons.

Back in the Bay, Jesse moved in with Irene (who was very pleased to see him return) and although he was quick to make friends, he was also quick to make enemies. Noah saw him as a threat against him and Hayley and although it took a while, Noah began to trust him eventually.

When he got out, Jesse made a promise to himself never to go back inside. However, he recently came close to breaking that promise when he got into a fight at the gym. Luckily, the man he fought dropped the charges of assault against him before the case got to court. Since being in the bay, Jesse has found himself becoming attracted to his training partner Angie. Luckily he has since seen the not so good side of the geography teacher, and has finally managed to pluck up the courage to invite Leah out to dinner.