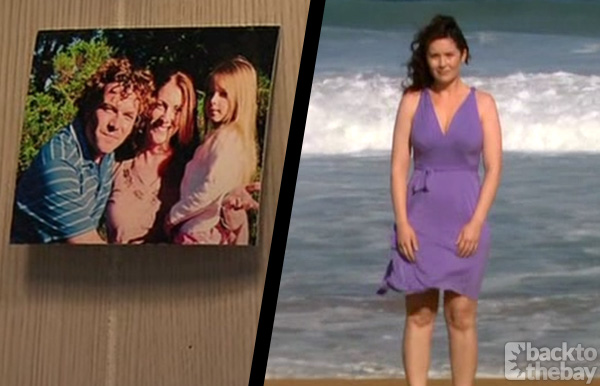 Louise was the wife of Miles Copeland, who died prior to his coming to Summer Bay. Miles explained to Sally that he and Louise had a daughter called Amber, and the three of them were in holiday in Phuket at the time of the tsunami in December 2004. Miles survived but Louise and Amber were found together, both drowned. On his arrival in Summer Bay, Miles was still experiencing nightmares in which he could be seen underwater desperately trying to cling on to both Louise and Amber.

In 2010, Miles began seeing Rabbit, a girl no-one else could see, and, when it became obvious, told Alf and Marilyn that she was the ghost of Amber. He said Rabbit had mentioned her mother being around; Marilyn asked if that was his wife and Miles looked at Rabbit who nodded. When Rabbit came to say goodbye on the beach, she told Miles her mother was waiting for her and Miles saw a brown-haired woman standing in the water. He moved towards her but Rabbit told him he couldn’t and said goodbye, calling him “Daddy”. She and her mother then disappeared.