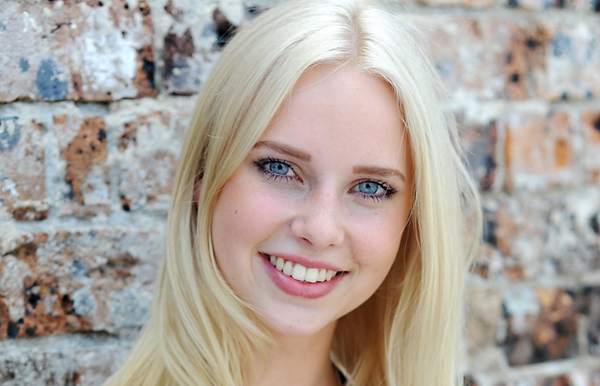 Lottie was the daughter of Harvey Ryan and his ex-wife Melissa Gregg. No-one in Summer Bay knew of her existence until Episode 5495, when Melissa, one of Marilyn’s hairdressing clients, showed her a photo of her. Having taken a job at Northern District Hospital, Melissa moved herself and Lottie into the old family home, prompting an uncomfortable reunion between Harvey and Lottie.

Lottie spent the day with Harvey and his girlfriend Roo for a picnic, where Harvey gave her a mobile phone to stay in touch with him. Although the meeting was pleasant, Lottie being allergic to eggs and afraid of water meant many of Roo’s ideas fell flat. Lottie met Dexter at the Diner, where he was trying to raise money by challenging people to chess games, and challenged him for his day’s takings. She then beat him and gave the money to Harvey for the phone.

Despite this, Lottie quickly asked Dexter to tutor her. Dexter was distracted by his ex-girlfriend April, who was worried about her sister Bianca leaving town, but ultimately ended the day with Lottie and they were soon socialising with the other teens, meeting Xavier and Sasha for a game of pool. Lottie brought Dexter along for dinner with Roo and Harvey, and confided in him about her brother Ben, who had drowned on a boat trip after taking his lifejacket off.

Lottie took Dexter with her on a fossil hunting trip for school. April tagged along and broke up the gathering by exaggerating an ankle injury. Lottie again leaned on Dexter for support when she learned Harvey was being investigated for corruption, with Melissa using it as an excuse to stop them spending time together. She convinced Harvey to confide in Roo about Ben.

When Lottie saw that Dexter had a note on his phone telling him not to call April, she suspected he still liked her and found herself jealous, also being unimpressed by finding him exercising in an attempt to be more masculine. Sasha played matchmaker between the pair and they shared a first kiss. Lottie took him along to a last dinner with Harvey before his trial and confided in Dexter about how scared she was of Harvey going to jail. Some prompting from Dexter resulted in Harvey pleading guilty to avoid a harsher sentence, getting a fine and community service.

Lottie was happy with the outcome but Melissa wasn’t, and when Lottie got fed up with her anti-Harvey rants, she went to the Walkers and convinced Sid to let her stay the night there. She and Dexter fell asleep together on the couch but next day he was a less than sympathetic audience to her complaints, refusing to let her stay with them again and telling her to make up with Melissa, whilst also spending most of his time with April as Bianca had to have an emergency caesarean. Lottie ended up joining Roo in cheering up Harvey with a surprise picnic.

Lottie went away for two weeks with Melissa, returning on crutches with a fractured ankle. She was also greeted with Dexter admitting he still liked April and broke up with him. She continued to struggle with Melissa, asking Harvey and Roo if she could live with them. She was unsuccessful in looking for her at both the hospital and the house however and was found by Alf and Roo taking refuge in their house, before clearing the air with Dexter. By now, Melissa’s repressed grief over Ben had caused her to lose her job and Lottie overheard Melissa saying she needed a break from her. It was decided that Lottie would stay with Roo and Harvey while Melissa went to the city for treatment.

Lottie was uncertain in her new set-up: Despite Marilyn welcoming her with a cake (which her allergies stopped her actually eating), she spent all her time cooking and cleaning until Roo assured her it was her home now. However, she then overheard Roo describing her as weird so decided to relate better to her by rebelling. She skipped school with Sasha and hung out at the farm with her, planning to dye her hair. Roo interrupted before she could go through with it and convinced her she liked having her around.

When Lottie was struggling with a Geography project, Alf convinced her she needed to go out on a fishing trip to understand it. Lottie overcame her fears to join him and Roo, catching a fish (which she threw back), and was soon talking about living with them permanently and running the Blaxland as a family business. She also came to Dexter’s aid when his reunion with April meant he was late with an assignment, drilling him into getting it done.

Her plans came to a halt however when Melissa ended treatment and announced she was staying in the city and wanted Lottie to join her. Harvey told Lottie it was up to her whether she went or not but Lottie was reluctant to choose between her parents. An awkward sleepover with Sasha, who was focused on Casey, didn’t help but after chats with Alf and Sasha she eventually decided to do what was best for her and stay in Summer Bay.

Melissa didn’t take the news well, attempting to order and pressure Lottie into coming with her and then revealing Harvey had been drunk when Ben died, which they had lied to the police about. Melissa eventually backed down and agreed to Lottie staying in Summer Bay…at which point Lottie changed her mind and decided to go with her after all, saying goodbye to Roo, Harvey, Alf and Marilyn.

A few months later, Lottie was surprised to return from drama camp and find Harvey at her home in the city. Harvey was now engaged to Roo but felt she was going to go back to her old boyfriend Tim Graham. Lottie convinced him to call her and things were soon resolved. Roo later called an unseen Lottie for assistance in finding a best man for Harvey and was put on to his old school friend Winston Markman (to the horror of Harvey, who had been trying to avoid him for years). However, she was unable to attend the wedding because she had chicken pox. Although Lottie was not seen again, she continued to be referenced throughout the rest of Harvey’s time in the Bay, with him and Roo often visiting her off screen or speaking to her on the phone.