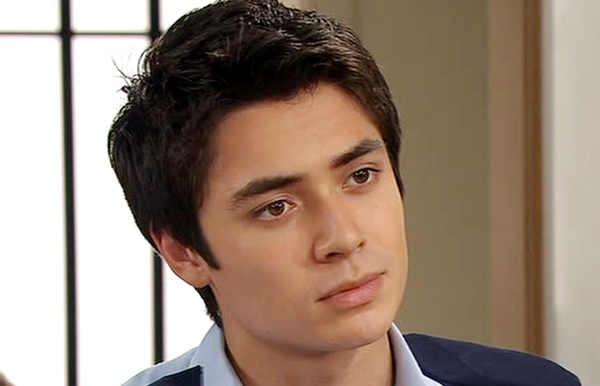 A probationary constable at Yabbie Creek Police Station, Corey made his debut alongside Jack when they turned up at Robbie and Tasha’s flat after receiving complaints about a noisy party. He was later seen investigating when Irene’s house was broken into by Leo Simms and, after he was arrested when Robbie recognised him at the Diner, took Amanda to a line-up where she identified Leo as the person who had supposedly broken into her flat and tied her up.(In fact, she had made the break-in up.)When Amanda later faked a break-in at Leah’s, where she was staying, to make it look as though Leo was out to get her, Corey turned up to investigate with Jack, although neither of them spotted the bandana Amanda had planted until she pointed it out to them. He later informed Amanda that Leo had been found dead, having apparently tripped and broken his neck.

Corey was again seen investigating alongside Jack after Ric was beaten up by Sean Jefferies. He saw a notice in the Diner advertising a room for let at Irene’s but Colleen told him the notice was out of date. He was one of the investigating officers when Irene accidentally ran over Amanda and when her house was later broken into and ransacked. When Colleen mentioned Corey’s earlier enquiry to her, Irene invited him to move into her spare room. She began complaining that she was hearing noises during the night but neither Corey nor Hayley had heard anything. Soon after, Irene had a car accident when her brakes failed and insisted someone was out to get her but when Jack and Corey investigated they found the brake pads were worn.

Corey and Jack came to Martha’s rescue when Drew Forsythe, a guy she had been flirting with in the surf club, seemed to have trouble taking no for an answer. Although Jack claimed they had simply been checking out a known trouble spot, Martha accused him of following her and asked Corey to take her home instead. They went to the Diner together and Corey later asked Jack if he minded him taking Martha out. Shortly after Corey and Martha had arranged a date, he and Jack were called out to an armed robbery at a boat shed. They arrived to find the robber still inside but Jack was distracted when Martha wandered into the scene and the robber nearly escaped. Jack told Corey to let him, as the senior officer, decide what to report but when Corey and Martha went for a drink with McGrath and his wife he was told to report all the facts. This resulted in Jack and Corey nearly coming to blows and Tony having to step in. Corey realised Jack was angry about him dating Martha and reminded him he’d said he was all right with it.

Jack and Corey again seemed to be the only police officers in Summer Bay when they arrested Alf after finding evidence he had stolen money from the surf club to fund his mayoral campaign and he promised Martha he would do anything he could to help him. Meanwhile, Irene was becoming increasingly erratic and when she went missing he helped Hayley, Barry and Martha search for her. During the search, he told Martha that his father had committed suicide after being sent to jail. When Irene was found, she claimed she had been with Chloe, who had died several months earlier, and was being poisoned. She was admitted to hospital where the doctors suspected she was suffering from some form of psychosis.

Corey persuaded Barry and Hayley to let Irene come home on medication. The reason for this soon became clear when Corey laced Irene’s coffee with mercury. He was then seen looking through a scrap book which contained newspaper articles about his father being sent to prison for corporate fraud, information on mercury poisoning and photographs of several people including Irene, which seemed to form a hit list. After Irene locked herself in the bathroom, making herself throw up to get rid of the poison and threatening to hurt herself if anyone tried to get her out, Corey persuaded Hayley to sign the papers sending Irene to a mental care home. As he and Jack forcibly removed Irene from her home, Corey looked very satisfied with himself.

When Hayley wondered why Corey hadn’t seemed more affected by seeing Irene sectioned, he told her that his mother had been sent to a psych unit after his father’s suicide. When Jack asked him about the incident, he was surprised when Corey said his mother’s care home was in Albury, even though he’d previously claimed to have grown up in Sydney. Jack was even more suspicious about Corey’s behaviour when they were called to the surf club where Amanda had been attacked by a dog. Even though the animal was tied up, Corey shot it when Jack’s back was turned, claiming it had broken loose. Corey then went to see Irene and told her he believed she was being poisoned…and she was getting what she deserved. Irene instantly realised he was responsible and, as he’d predicted, her accusations just made her sound paranoid and resulted in her being sedated.

Corey asked McGrath for a transfer so he could be close to his mother and persuaded Martha to go with him, telling her she could return to Summer Bay after a few weeks if she wasn’t happy. As a parting gift, he gave Barry a box of chocolates for Irene, telling him not to say they were from him, having injected them with mercury. Meanwhile, Jack and Lara did some digging and discovered Corey had frequently requested transfers and at his last three postings someone had died from or been severely affected by mercury poisoning. Furthermore, all three, plus Irene, were jurors in the case that saw Corey’s father sent to jail. When Hayley told him about the chocolates, Jack rushed to the care home and grabbed the box after Irene had only eaten one, thus getting evidence of what Corey had been up to.

Jack rang Martha to try and warn her but she refused to listen and handed the phone to Corey. Jack told him they knew everything and when he saw a police car in the rear-view mirror, Corey turned off the road, telling Martha he was taking her for a picnic at a lookout. During the picnic, Martha looked in his bag for more champagne and instead found his scrapbook. She called Jack but Corey discovered her and chased her through the wood. Martha nearly ran into some barbed wire and used it to tie up Corey. However, when Jack and Martha returned to the scene, he had managed to get free and grabbed Martha, holding a corkscrew to her neck and telling Jack to give him his gun. Instead he threw it away and, with Corey momentarily distracted, Jack and Martha managed to overpower him. Corey was taken to the police station where he coldly told Jack and Ken Harper that the jurors deserved to be punished for destroying his family and he had taken pleasure in seeing Irene dragged away and sectioned just like his mother had been. Jack explained to Irene and the others that Corey had hired Leo to break into Irene’s house and lace her sugar with mercury, in order to cause her to behave erratically, then ransacked her house himself so Irene would want a police officer living with her, allowing him to keep poisoning her.

A few weeks later, with Martha still having nightmares about Corey coming back for her, Jack arranged for her to go and see him in prison to confront her fears. She was stunned to find that not only was he convinced that he would soon be released and they would be back together but that he expected her to help him go after the remaining jurors and realised that he had completely lost his grip on reality and there was nothing she could have done to stop him.