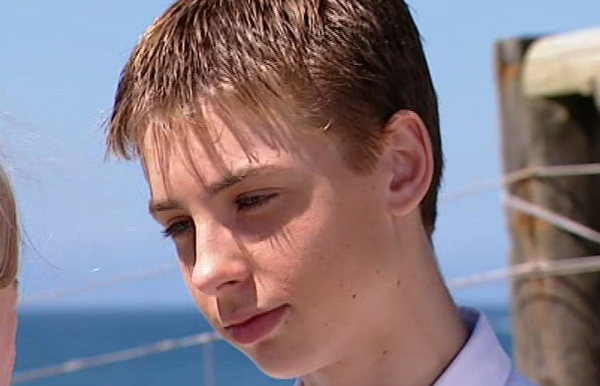 David was a new pupil at Summer Bay High. On his first day, he befriended classmates Jade, Nick and Kirsty but clashed with Duncan. He reacted oddly when he heard that Jade and Duncan had been buried in the mudslide and made himself scarce. He later admitted to Jade that his parents had been among the residents who had caused the mudslide by removing the trees that would have stopped it, but Jade told him that it wasn’t his fault. Duncan was less forgiving, however, and after trying to pick a fight with David he spread the story around town, resulting in David having a milkshake tipped over him by a boy whose grandmother had lost her house in the mudslide.

Duncan continued to feud against David, trying to vandalise his locker and blowing up his letterbox with a home-made bomb. Duncan’s friends sided with David, and Jade ended up breaking up with Duncan and dating David instead. However, David’s father Richard was unhappy with him associating with the family when the town was all talking about Dani being raped by Kane and ended up dragging him away from the Sutherland house.

When Duncan began spreading rumours about Jade having slept with him, David got into a fight with him to defend her honour. It was the last straw for Richard, who decided he didn’t want David associating with the “undesirables” of Summer Bay High and chose to send him away to a boarding school in the city. David told Jade there was no point objecting since his father didn’t care about what he wanted and the pair said a sad farewell.