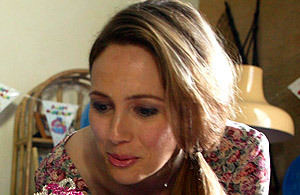 Diana married Aaron Copeland together they had two children, Sally and Miles. However, Aaron soon turned into a drunken, abusive husband and Diana threw him out the house and tried to deny him access to the kids. Aaron then took matters into his own hands and decided to go on the run with Miles, living outside the system. Diana, left with Sally, remarried soon after to Derek Wilson. However, they were killed in a boating accident and Sally went to live with Diana’s mother. Sally only became aware all of this when Miles came to Summer Bay in 2008.